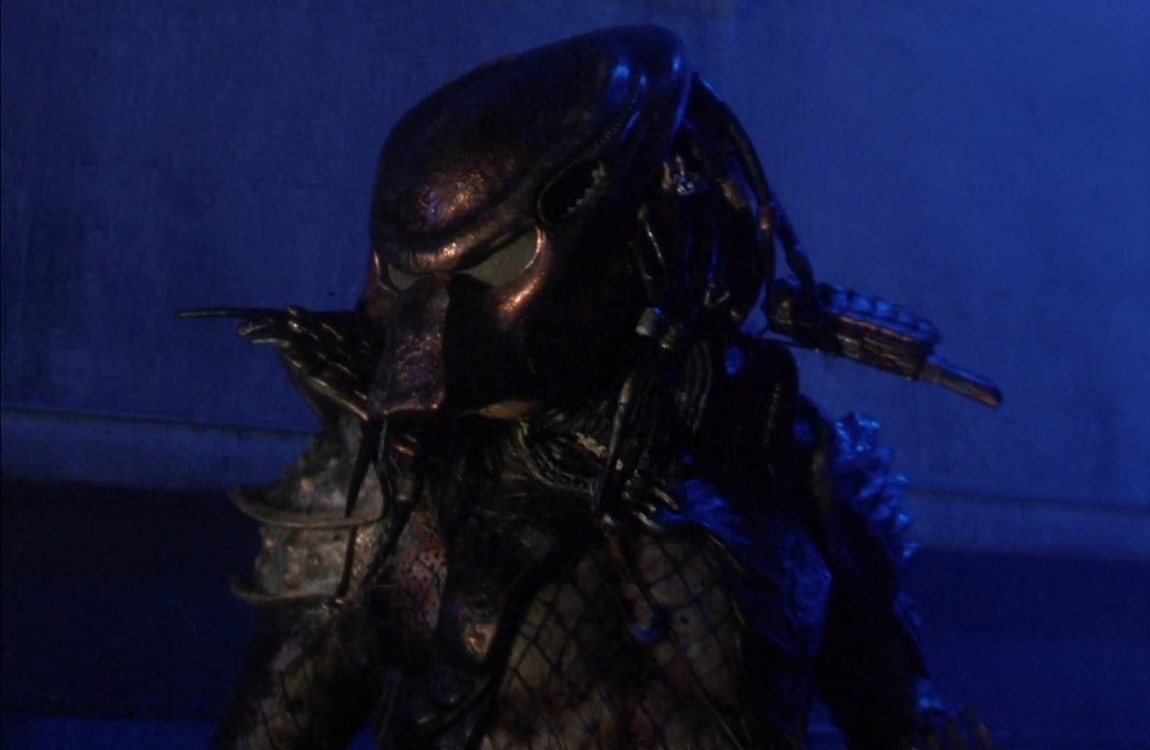 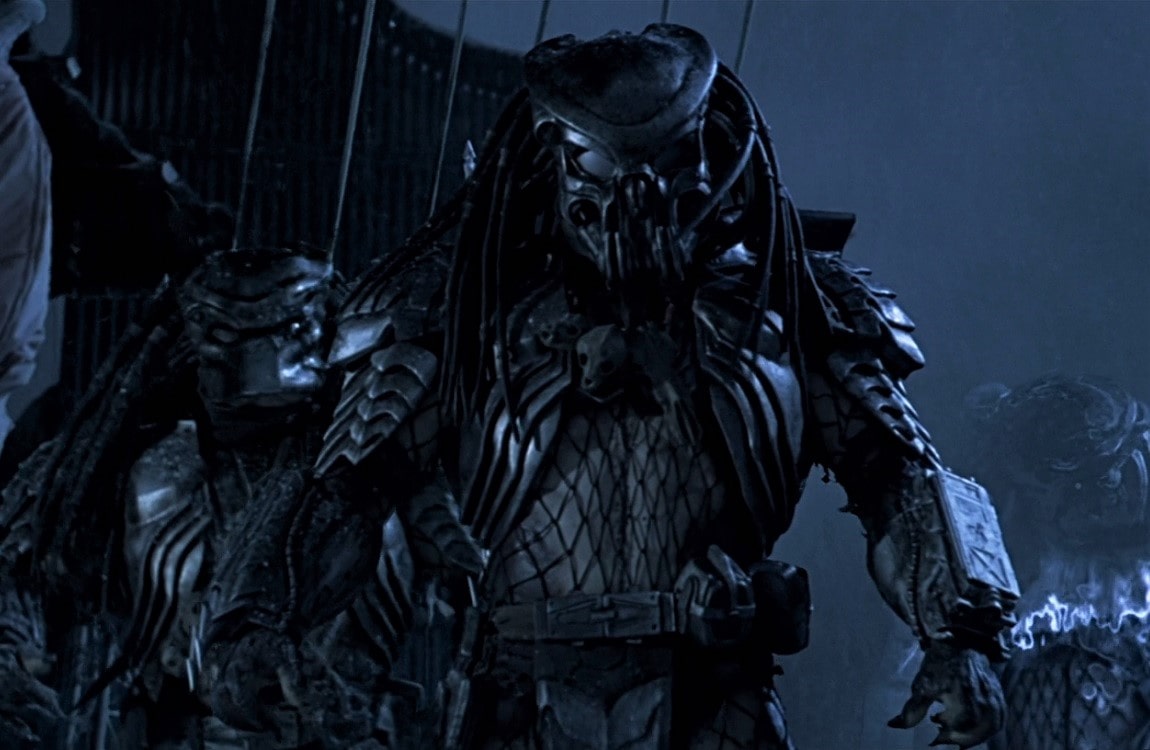 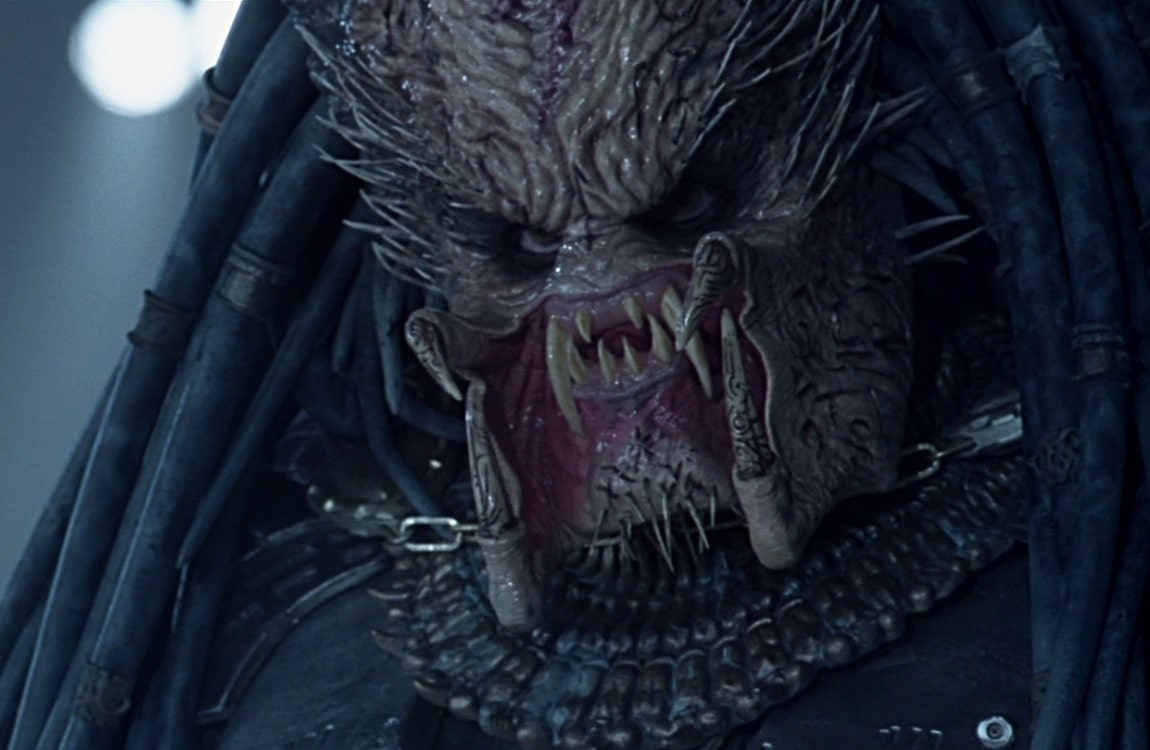 The elder Predator is a leader of a tribe or a clan of Predators. They are centuries old and have endured several hunts and gained many trophies. Generally more wise than their young companions, they choose to stay in the background and evaluate on the hunt in the end. The first elder Predator shows up in the end of Predator 2 and another in the finale of Alien vs. Predator. Both elders must witness the death of a younger Predator and give the surviving human a trophy. 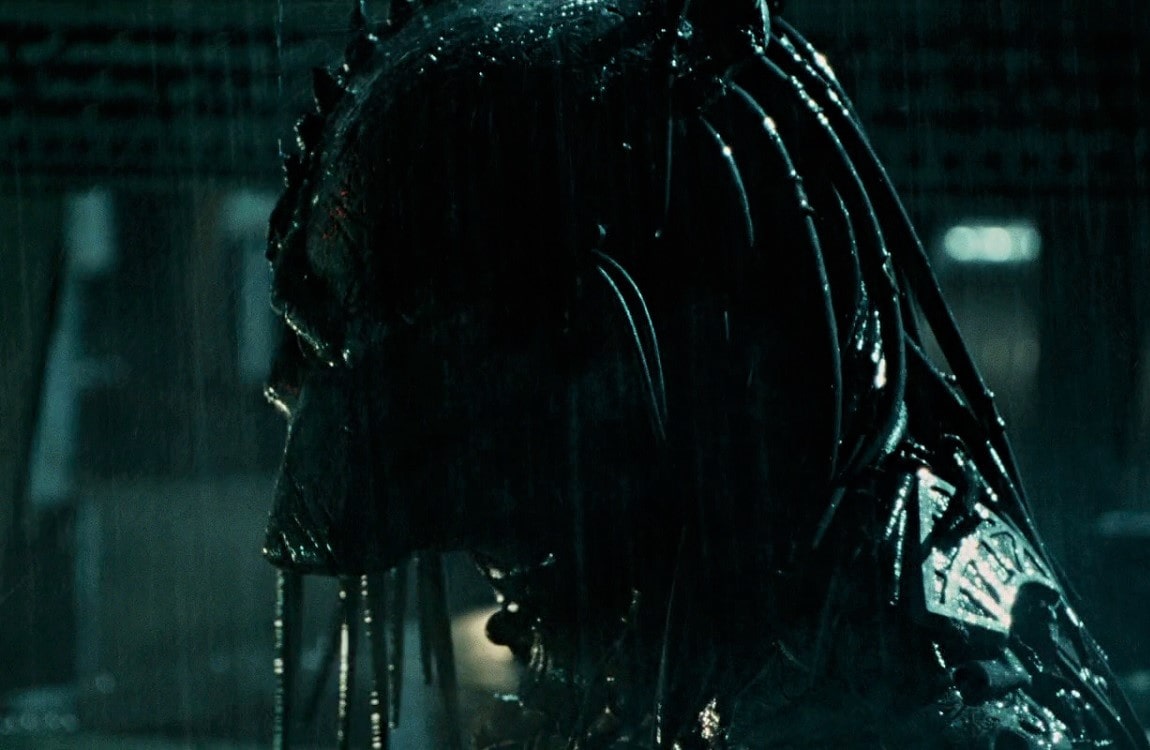 Elite Predators are experienced hunters who have not reached the elder status. They are blooded warriors who have many trophies and have gone on many hunts usually on different planets. When needed, they are sent on special missions like saving and teaching Young Bloods, clearing out Alien infestations or stopping Predator tech from falling into the wrong hands. Notable elite Predators are Wolf from Aliens vs. Predator: Requiem and Dark from Aliens vs. Predator 2010 the video game. 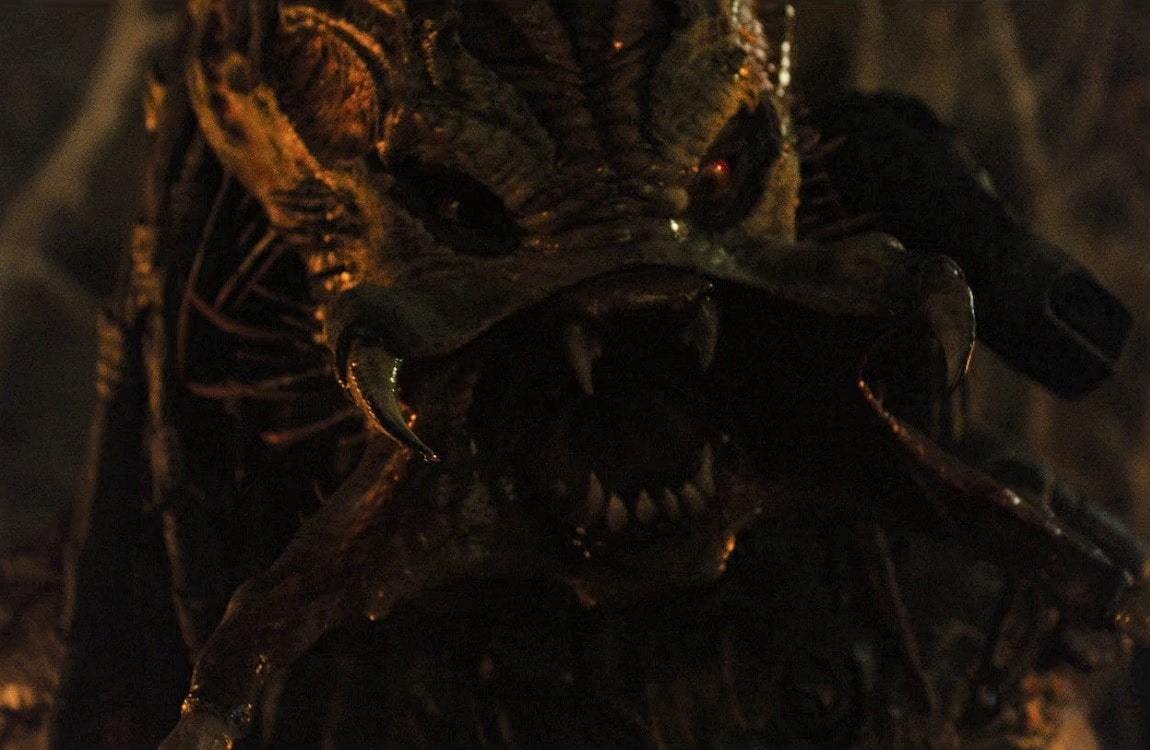 The super Predators are different subspecies of Yautja who are physically stronger and more vicious than the regular Predators. They have red eyes and more reptilian appearance. Their dreadlocks are more swept back and their face is longer than the regular Predators. When hunting, the super predators tend to use traps and Hell-Hounds to flush out their prey. 3 super Predators - Berserker, Tracker and Falconer hunted on the Game Preserve planet in the Predators movie and were all killed by humans. 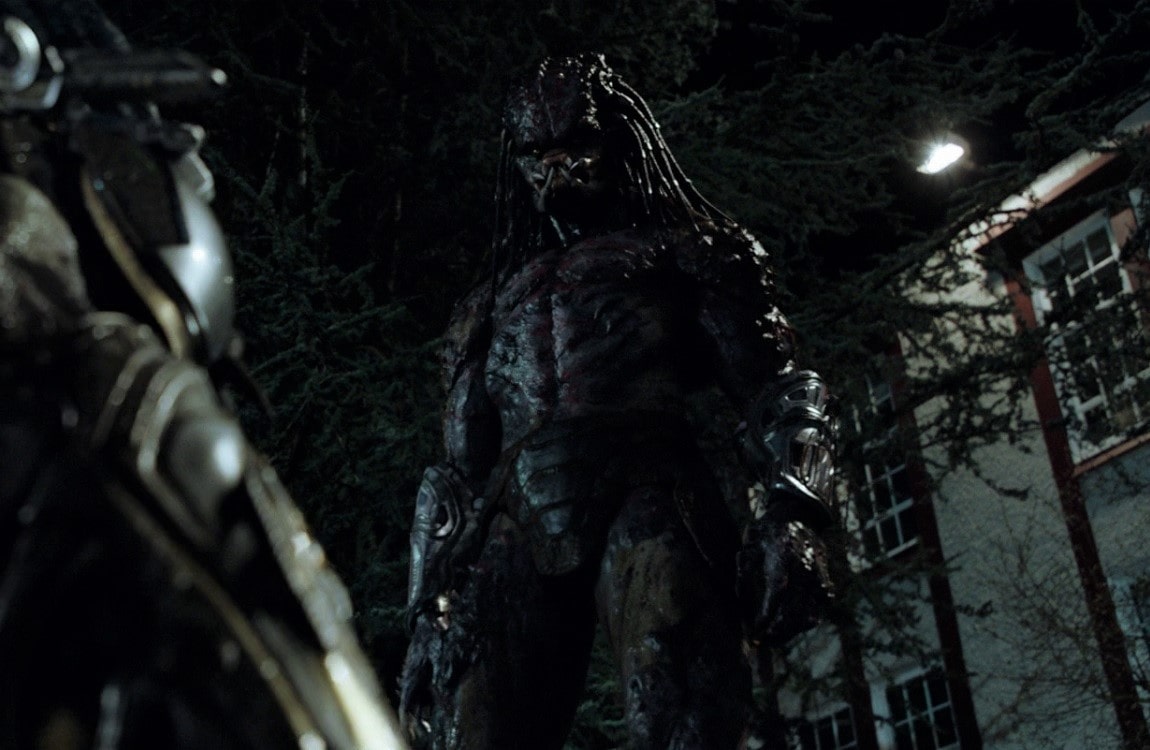 The Assassin Predators (also known as hybrid Predators) are a group of Predators who genetically enhance themselves from species on several planets, including Earth. This is one of the physically biggest types of Predator, even bigger than the super Predators and about the same size as the black goo infected Predators. They seem to fight other Predators and are able to do so easily due to their massive size. Not much is known about them as they are yet to appear in the upcoming The Predator movie by Shane Black, set to be released in September 2018. 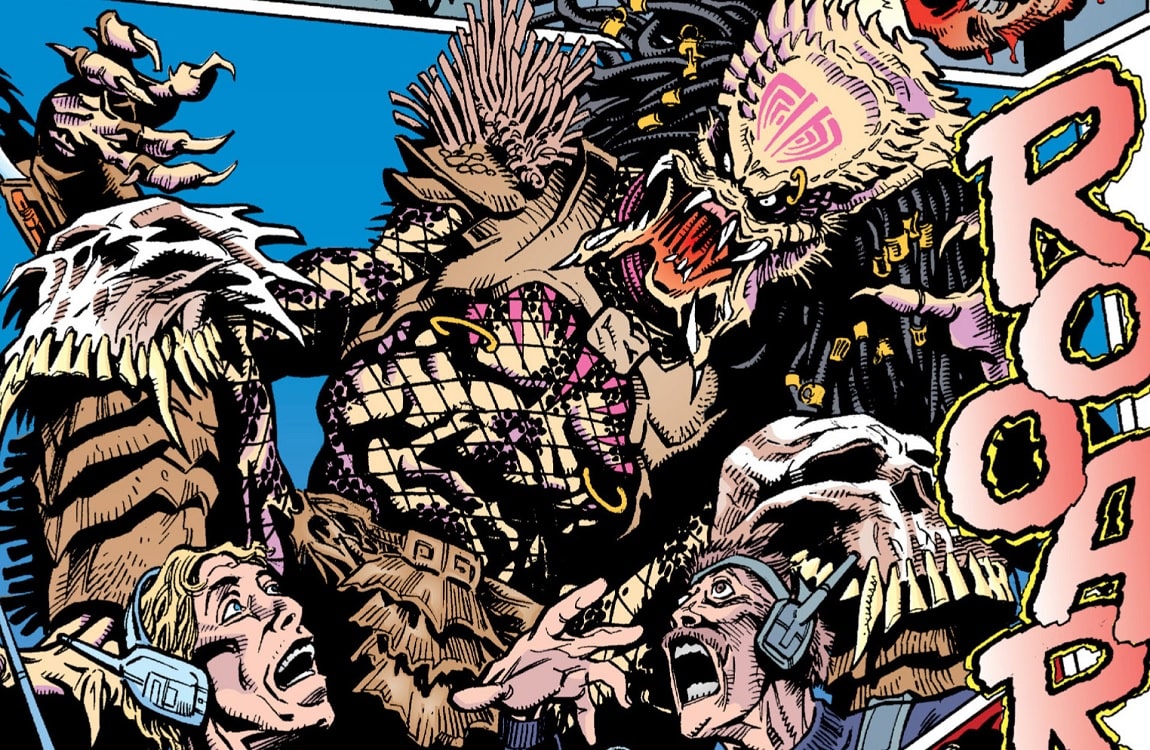 The bad blood Predators are a type of Predators who are disowned by their clansmen for breaking the rules or conducting something criminal. They are often mentally unstable and tend to kill anyone or anything in sight. A notable bad blood Predator killed his clan members, stole a spacecraft and escaped to Earth to hunt in the Pine Barrens. An enforcer Predator was sent to hunt him down, only to be killed by the bad blood Predator. 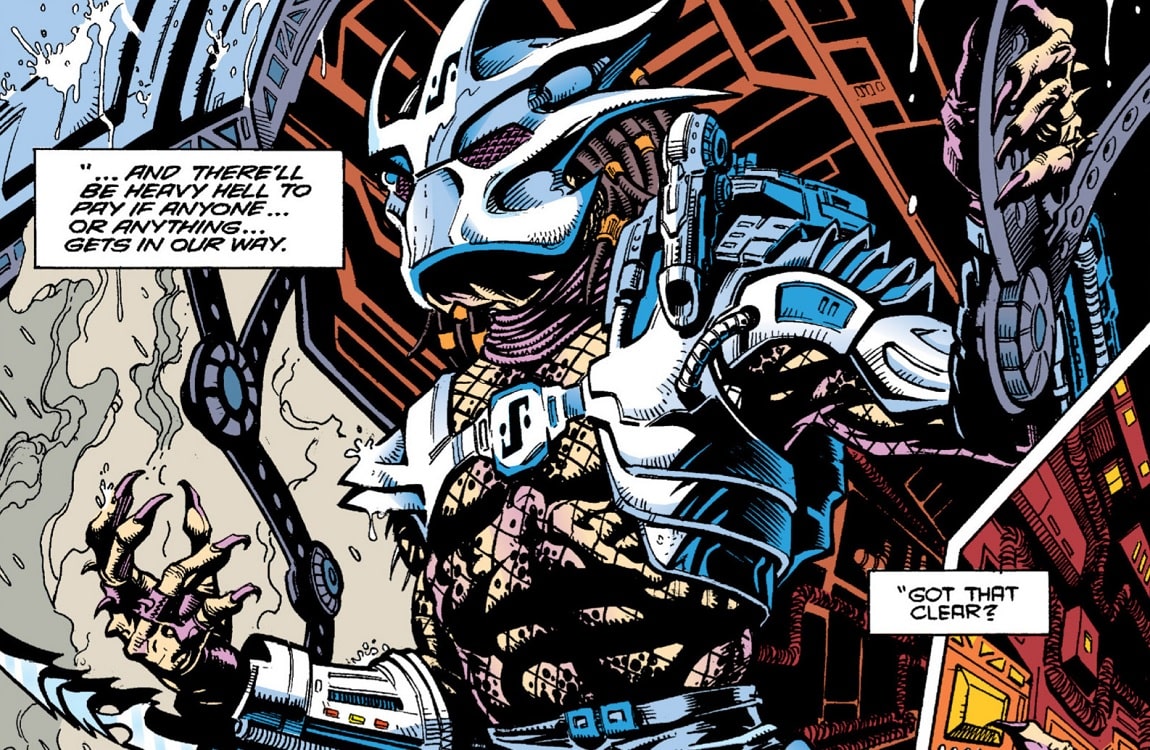 The enforcer Predators are basically the Predator police force. Instead of hunting humans or Aliens, they hunt down criminal Predators who have broken the rules. The enforcers are known for their white armor and spiky helmet. They tend to be focused on their mission and are not distracted by other hunting opportunities. A notable enforcer Predator appears in the Predator: Bad Blood comic, where he is finally killed by the bad blood Predator. 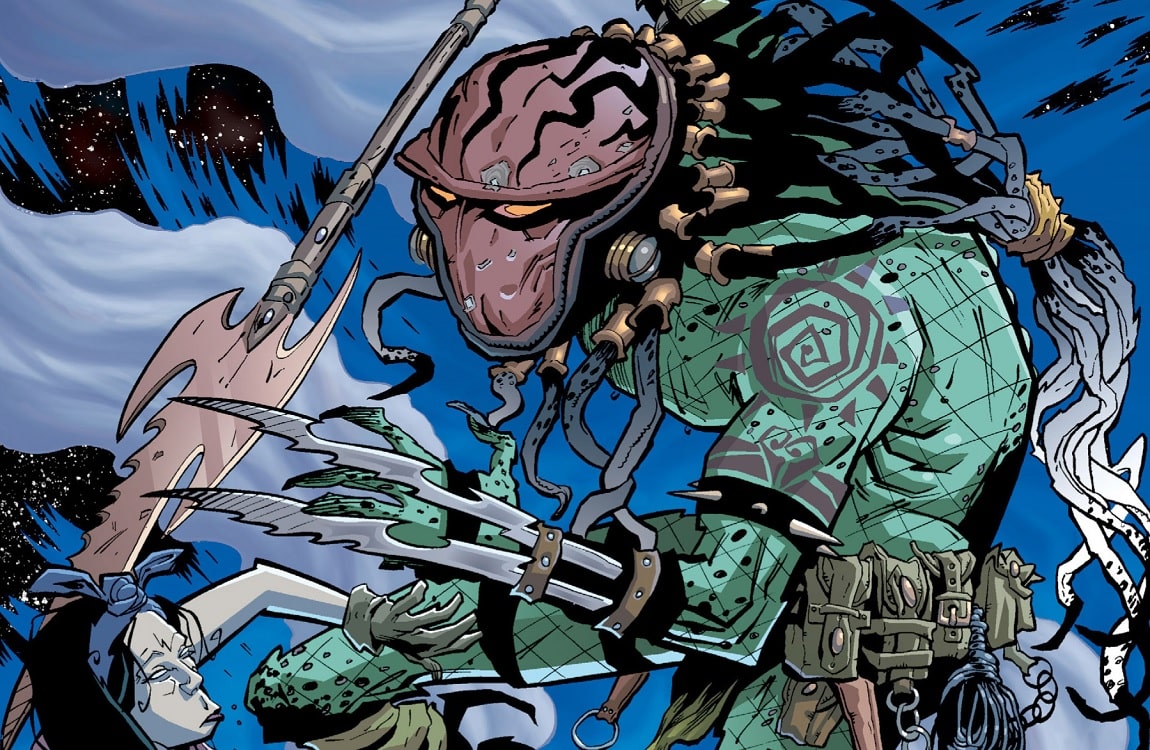 The ancient Predators are a type of Yautja who are several centuries, some even a millennia old. They have moved on the from the clan elder roles and are basically doing their own thing in retirement. The ancient Yautja are also referred to for wisdom and knowledge by the younger hunters. An ancient Predator appears in the Predator: Homeworld comic, where he kills some renegade Predators on Earth. There is also an ancient Yautja in Aliens vs. Predator 2: Primal Hunt video game, although his old age is partly due to being frozen in a stasis field for centuries. 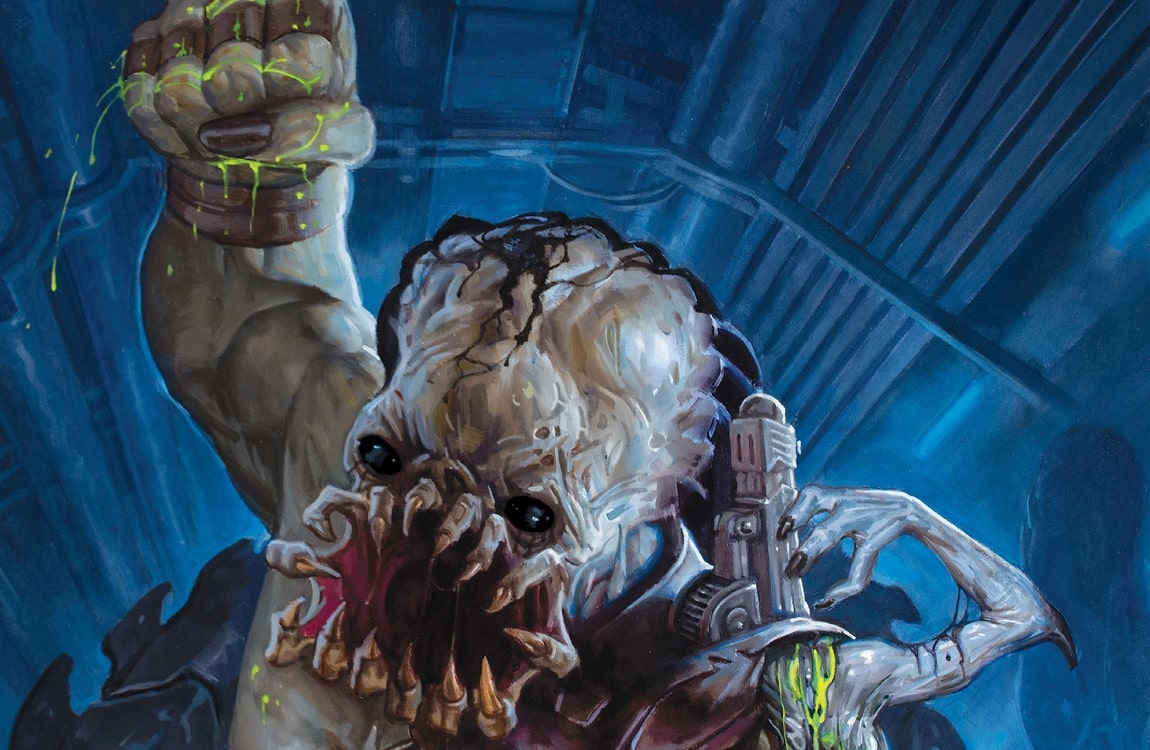 The infected Predator is a type of Predator that is infected by the black goo produced by the Engineers. Although Predators are notoriously resilient towards viruses, the black goo mutates the Predator and makes him a mindless killing machine. The mutation makes the Predator physically bigger and stronger. What is more, the mutation is able to grow extra arms for the Predator. With the power of the mutation, this Predator type is able to defeat most opponents in unarmed combat, including Aliens. The infected Predator makes an appearance in the long-running Fire & Stone comic book series. 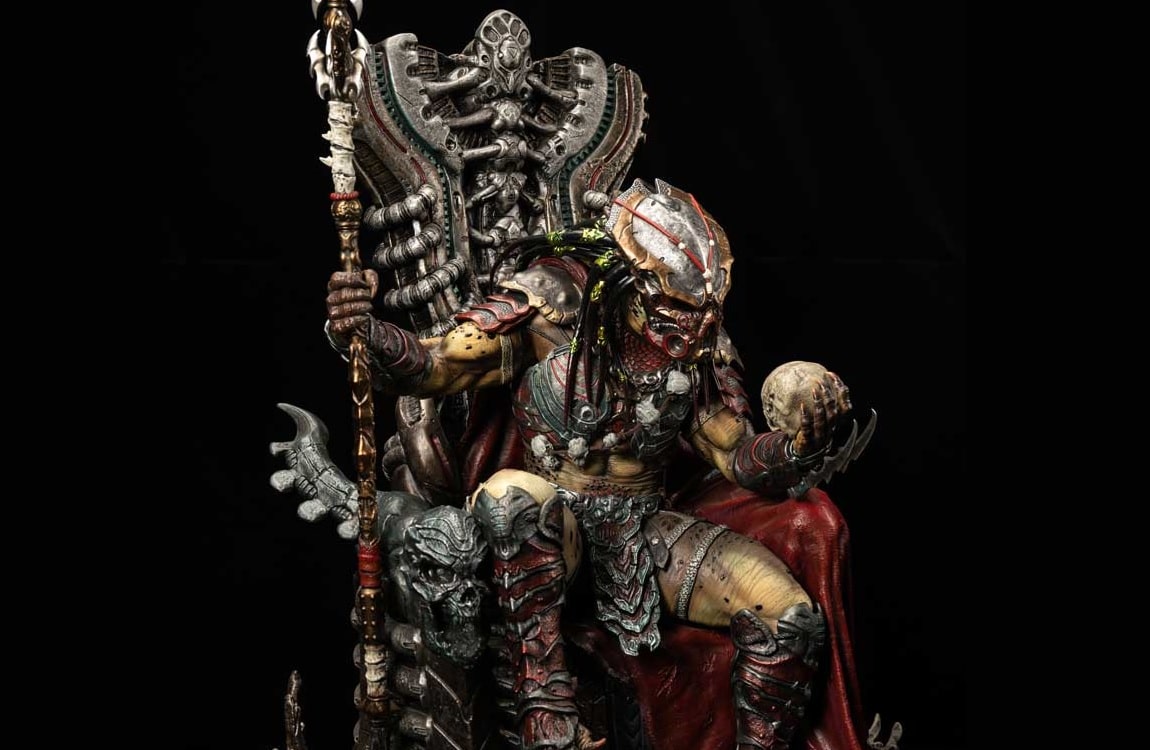 The Predator King is a mysterious and rare Predator type that has only appeared in a few instances of Predator lore. While elders are the leaders of the clans, the king is a leader of dozens of clans hunting in one area of space. A version of the Predator King appeared in the Rage War trilogy, which included Kalakta, a thousand-year-old Predator who commanded the Predator race into battle against the Rage and their Xenomorphs. The King has often appeared in fan art and most recently as a statue by XM Studios. 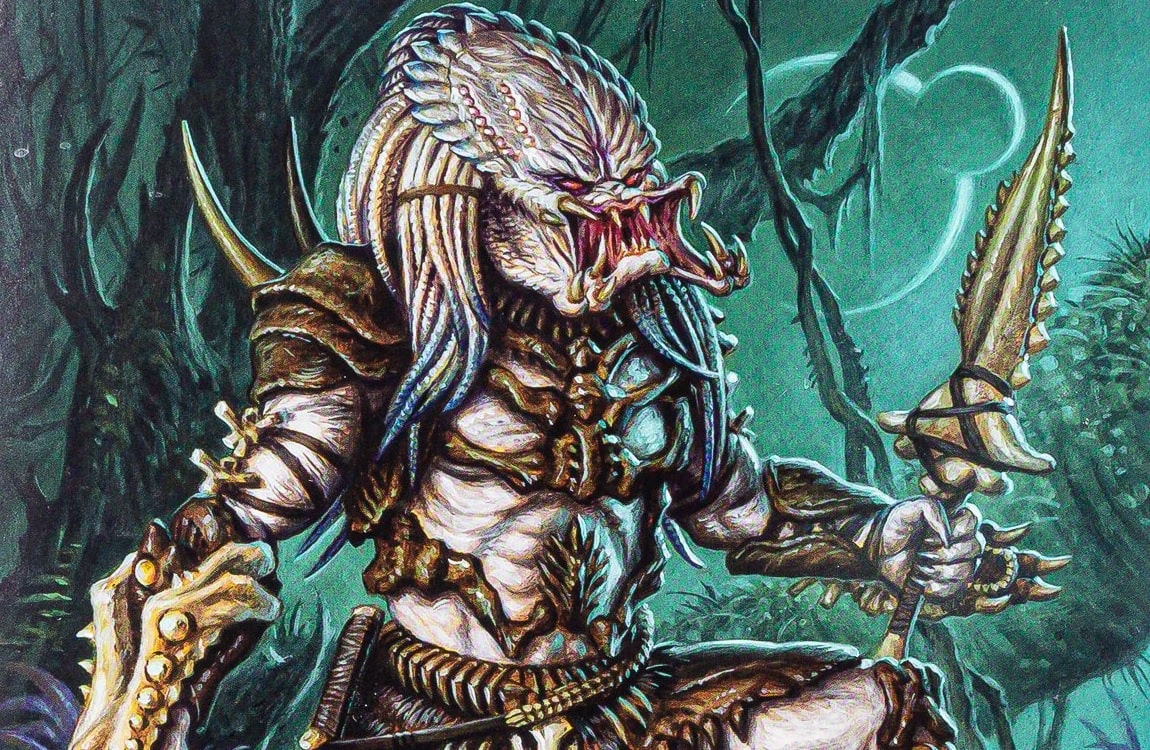 The Alpha Predator was a legendary Yautja who can be considered to be the first hunter and one of the founders of the whole race. The Alpha lead a huge revolt against the insectoid Amengi race, a species that had enslaved the Yautja. He then decorated himself in the style of the Amengi, wearing a huge mask and bone armor. This unique Predator type appeared as a playable character in Predator: Hunting Grounds and NECA made an exclusive figure about the same time. Behind the scenes, the Alpha Predator design was inspired by the first Predator suit worn by Jean-Claude Van Damme. 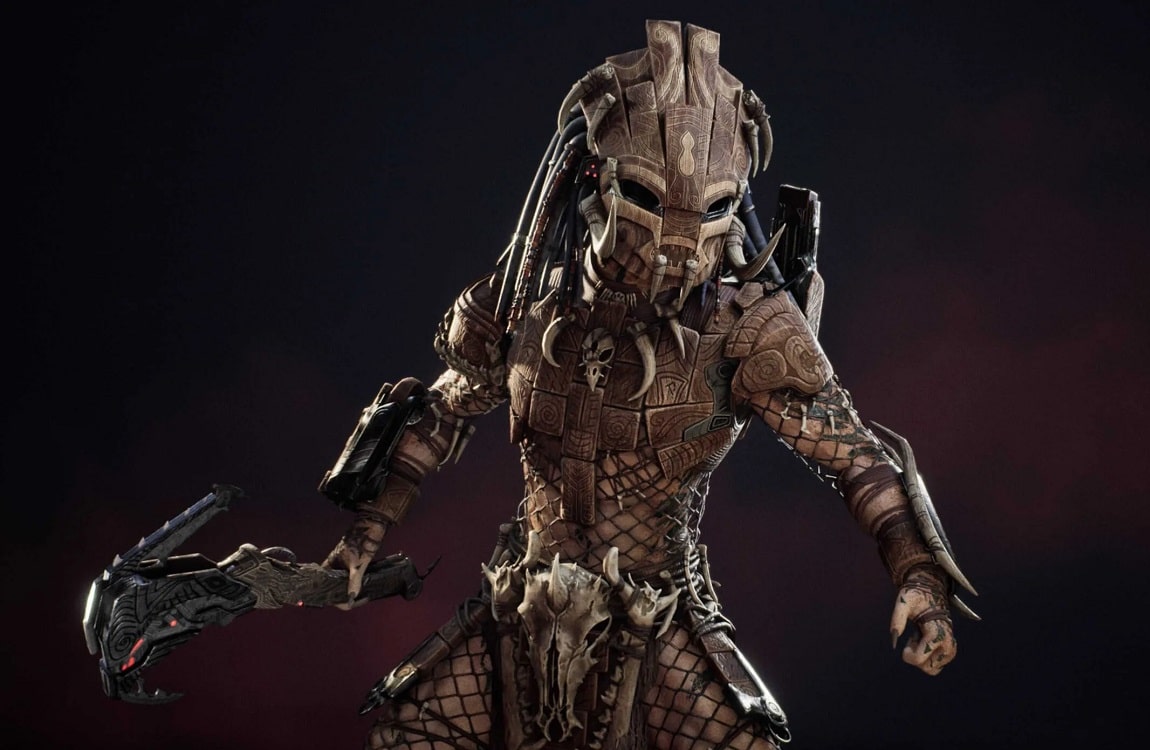 The Exiled Predators were banished under mysterious circumstances to a small Pacific Island long ago. They had very limited technological capabilities, either because their gear was destroyed in the ship's crash or they were stripped of it. The group resorted to building their weapons, mask, and armor from the materials at hand, mostly from wood, bone, and rock. Starting with seven members, their population declined to 4 members during the years. Finally, when the Predator Hunters arrived and clashed with the Exiles, only one final Yautja remained. The Exiled Predators first showed up in the first and best Predator: Hunters comic line and later as a playable DLC in Predator: Hunting Grounds. 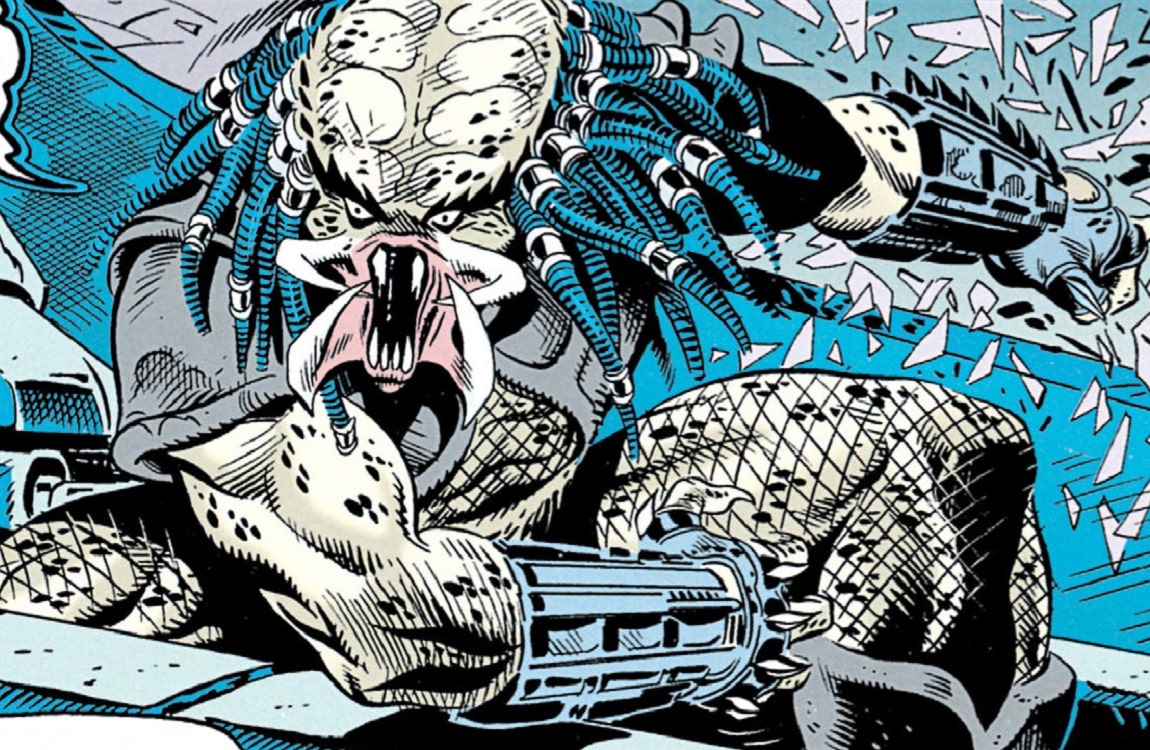 Like with many other species, the Predators can be classified into two genders, male and female. The female Yautja are somewhat rare while most human and Xenomorph encounters have been with the male members of the species. The first prominent female Predator in the series was Big Mama from the AvP: Deadliest of the Species comic series. She was bigger than males and perhaps even more aggressive, having a strong maternal instinct to save her children. Later on, Predator: Hunting Grounds introduced several other female Predators, including customizable huntresses, the Valkyrie Predator, and the Cleopatra Predator. These females were leaner in size, but more agile and equally ferocious as males. 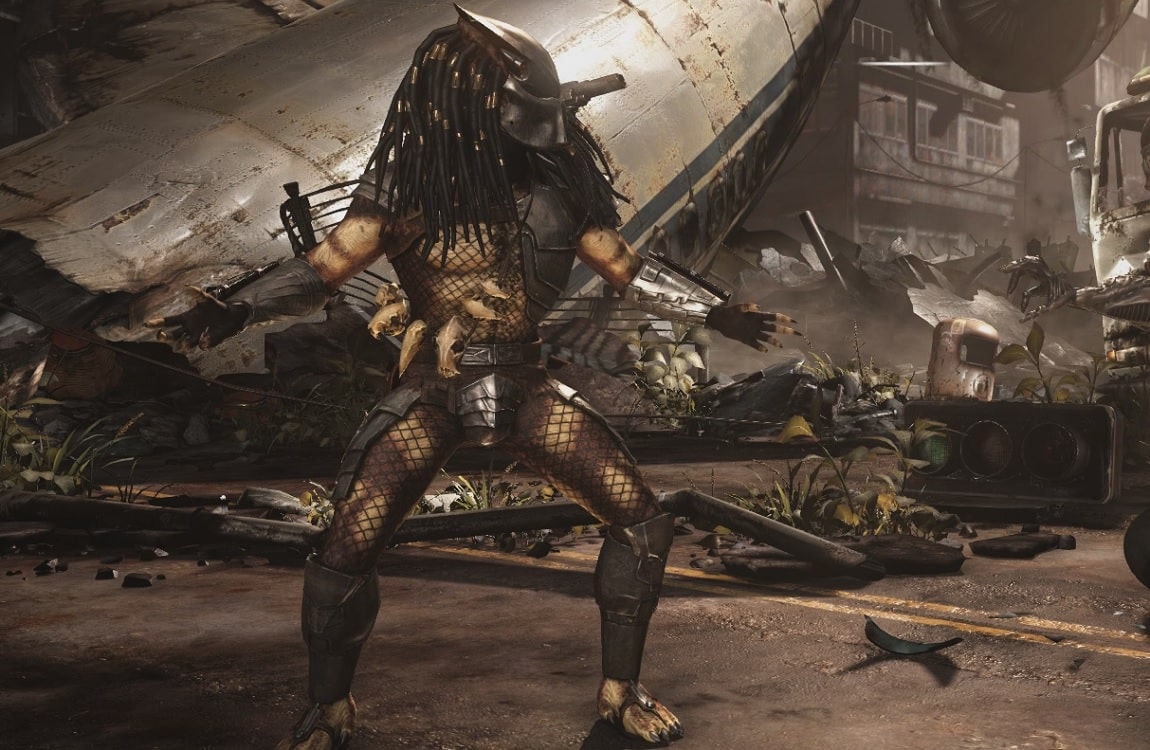 The Hish-qu-Ten are the bottom of the list, and rightfully so. They are an uncanny off-shoot of the Yautja, but dumber and less-honorable than their regular Predator relatives. First introduced in the much-hated novel Predator: Forever Midnight, they were a clan that slaughtered unarmed women and children, changed their gender and random intervals, and had their "kill glands" triggered which set them into a mindless frenzy. The Hish were later retconned to be an ancestor species to the Yautja, as depicted in the backstory of the Alpha Predator from Predator: Hunting Grounds. The Hish-qu-Ten Predator variant also showed up in Mortal Kombat XL.

Want to know more about the Yautja? Check out the list of the most badass Predators.