The Predator clans are groups of Predators hunting together that are lead by a single Elder Predator. A clan usually consists of at least three Predators. Here is an overview of different Predator clans, including the famous Lost Tribe, Dark Blade clan, and the Widow clan. The clans are ranked by their hunting successes and the number of remaining members at the end of their stories.

The Killer Predator clan was a group of bad bloods that distanced themselves from regular hunters. They didn't obey the hunting rules and killed innocents for pleasure. The Killer Predators first appeared in Africa at the start of the 21st century in the Predator: Prey to the Heavens comic. They had a feud with the regular hunters that grew into a full-scale civil war by the end of the 22nd century. In addition to regular Yautja weapons, they employed Xenomorphs and hunting dogs, which was another big break from Yautja laws. Machiko Noguchi joined forces with the traditional hunters and Colonial Marines to destroy the Killer Predator clan once and for all. The clan met its end in the Aliens vs. Predator: Three World War comic. 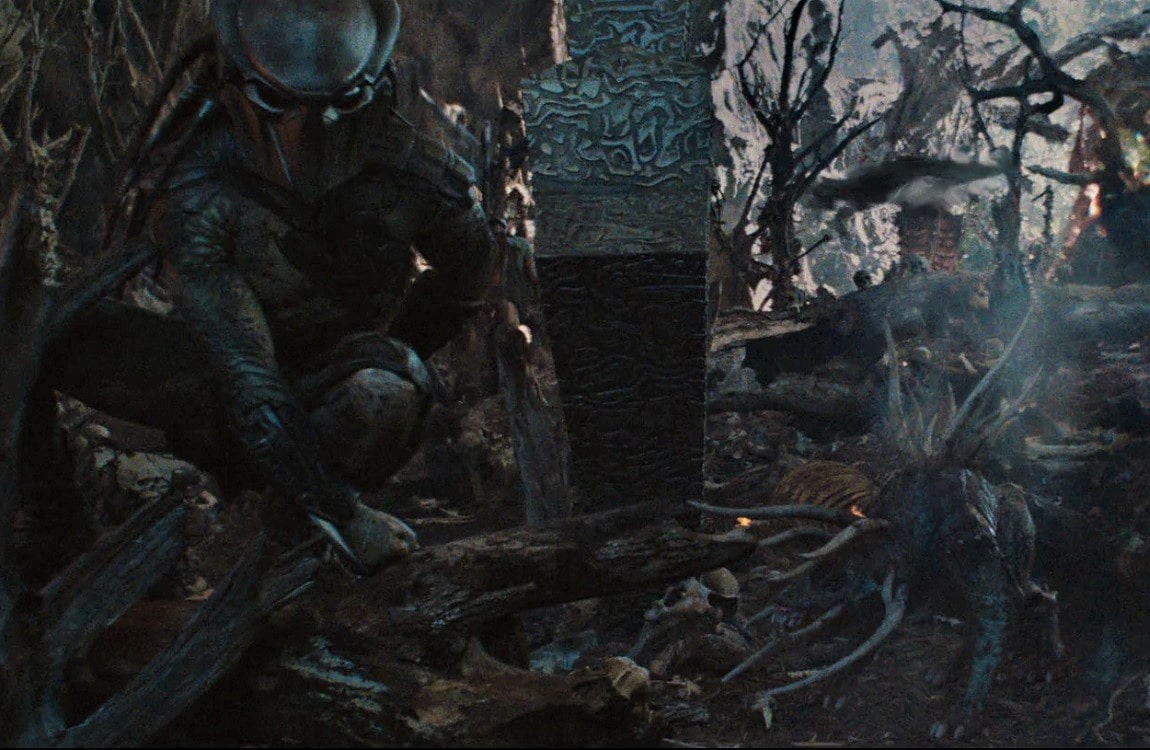 The Super Predator clan was the trio of Yautja we saw in the Predators movie who hunted on the Game Preserve Planet. The clan employed Predator dogs to help track and weaken their prey. The Super Predators on the Game Preserve Planet managed to kill more than half of the group of humans before being killed themselves. The Expanded Predator lore explains that the Super Predator clan was started by the Nightstorm Predator, a Yautja who disowned the Predator ways and distanced himself from the traditional hunters. He became an Elder of the new clan of Predators, who bore his genetic makeup as well as being rebellious. They were taller and had more elongated heads. 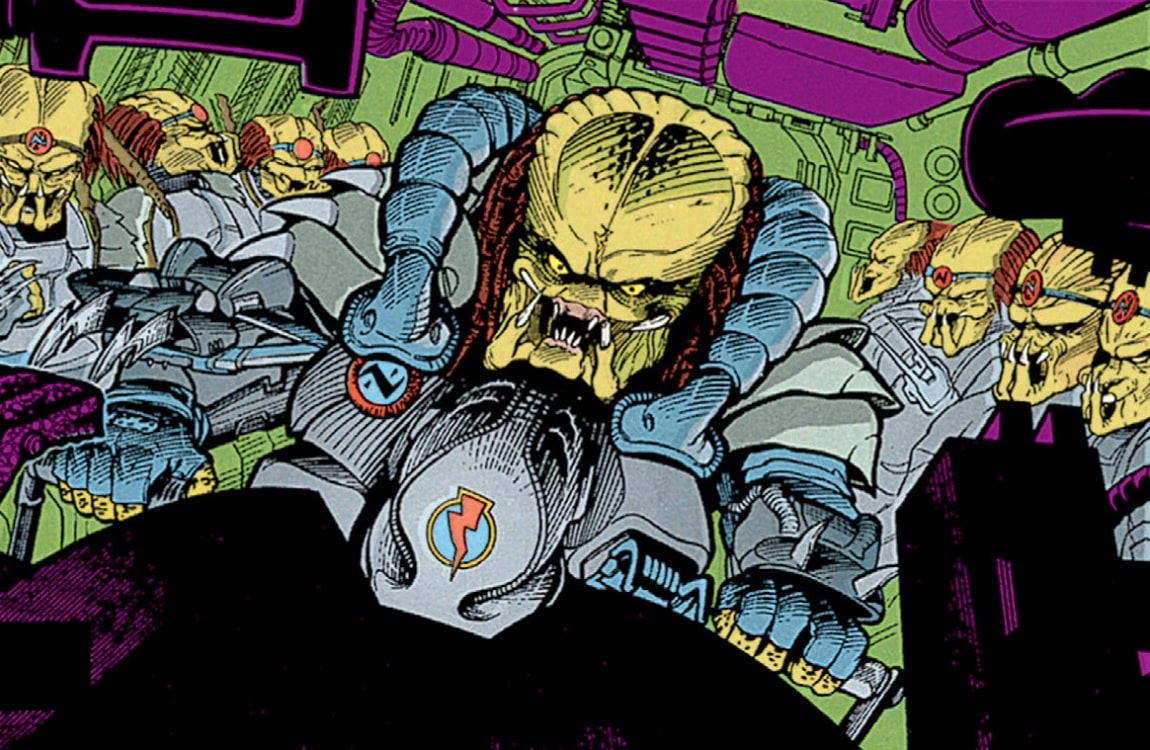 Dachande (a.k.a Broken Tusk) had a strong clan before they went hunting on planet Ryushi in the first Aliens vs. Predator comic series. The clan strived by visiting several worlds, sometimes seeding Xenomorphs with the help of a captured Alien Queen. Unfortunately, a big portion of the clan died on Ryushi in a sequence of unfortunate events. At the start of the hunt, the clan's lander ship was destroyed and Dachande was left unconscious for a while. A Bad Blood Predator called Tichinde took over command of the clan and got most of them killed by Xenomorphs. A short while later, Dachande recovered and took down Tichinde. Finally, Dachande died from injuries sustained by fighting a horde of Xenomorphs and the Alien Queen. However, some of the clan survived on the Predator mothership and was joined by Machiko Noguchi later. 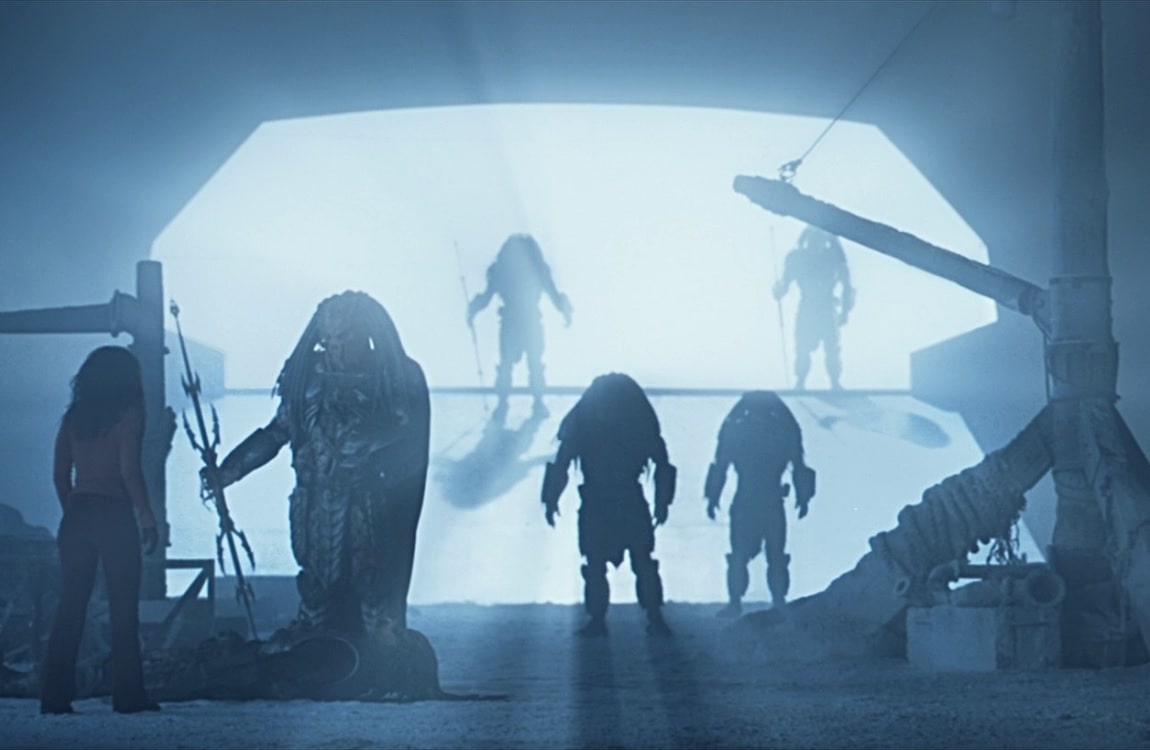 The Antarctica clan was a big clan of Predators that sent their young blood on a blooding ritual to Bouvet Island every 100 years. The hunt in 1904 was probably more successful than the one in 2004, as no Predators survived in the later year. The clan was situated on a big mothership, with smaller scout ships attached. The clan's and it's elder's failing was not detecting the Predalien inside Scar Predator, who spawned on the ship and caused a scout ship to crash back to Earth. Wolf Predator was called into the clean out the situation later. However, it is not known if Wolf was part of the same clan, but probably not. 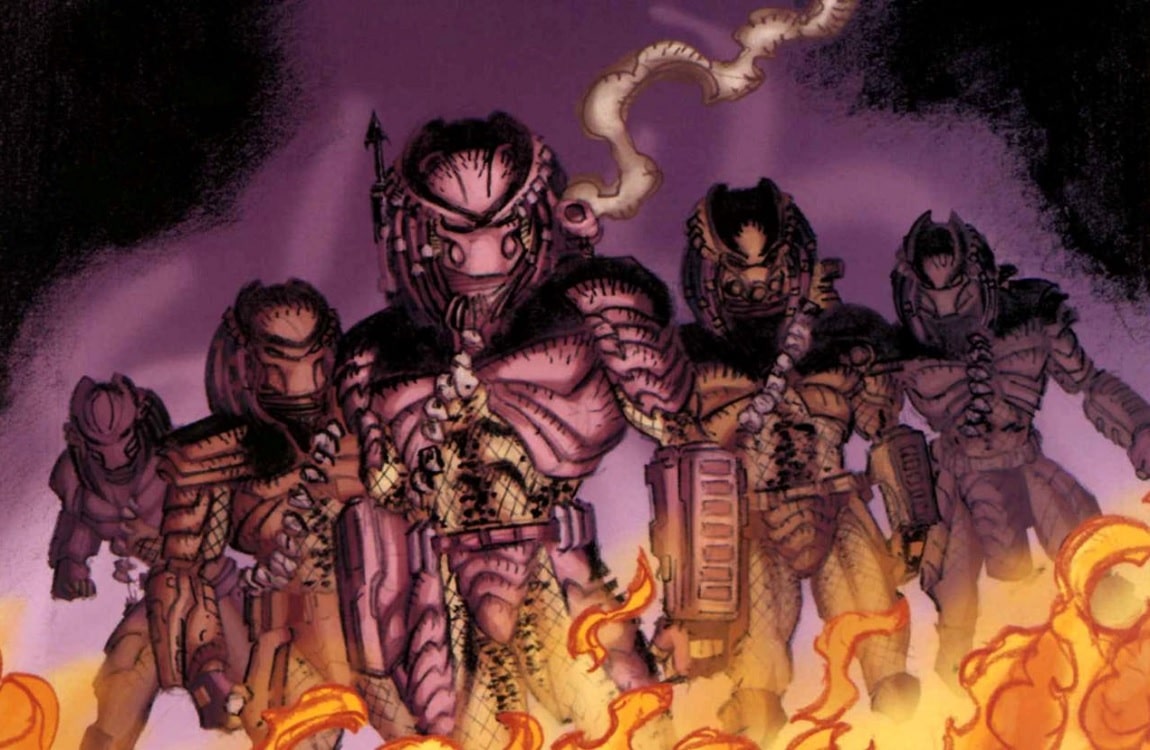 Smiley and his clan hunted on an unnamed human colonized world in the late 24th century. The clan largely ignored the humans on the planet and focused on taking trophies of the Xenomorphs. When the rest of the clan was butchered by a massive wave on Xenomorphs emerging from an old temple, Smiley went on a rampage which ended with him killing a Xenomorph Queen. Smiley was the only survivor of his clan and the only one remaining on the planet after the humans left. The clan appeared in the Alien vs. Predator: Civilized Beasts comic book, which was a sequel to Alien vs. Predator: Thrill of the Hunt.

The Gotham City Hunting Party arrived at the end of the acclaimed Batman vs. Predator comic to reclaim their hunter - the so-called See-through Slasher. The Slasher had caused havoc in the city and dueled with Batman several times until the Dark Knight became victorious. Mirroring the end of Predator 2, the party appeared in their mothership the moment when the Yautja was defeated. An Elder Predator gave the slasher a ceremonial sword which he committed ritual suicide with. The Elder then cleaned the sword and presented it to Batman, wowing never return to Gotham City again. Although more Predators appeared in the city in the sequels, they were most likely from other clans. 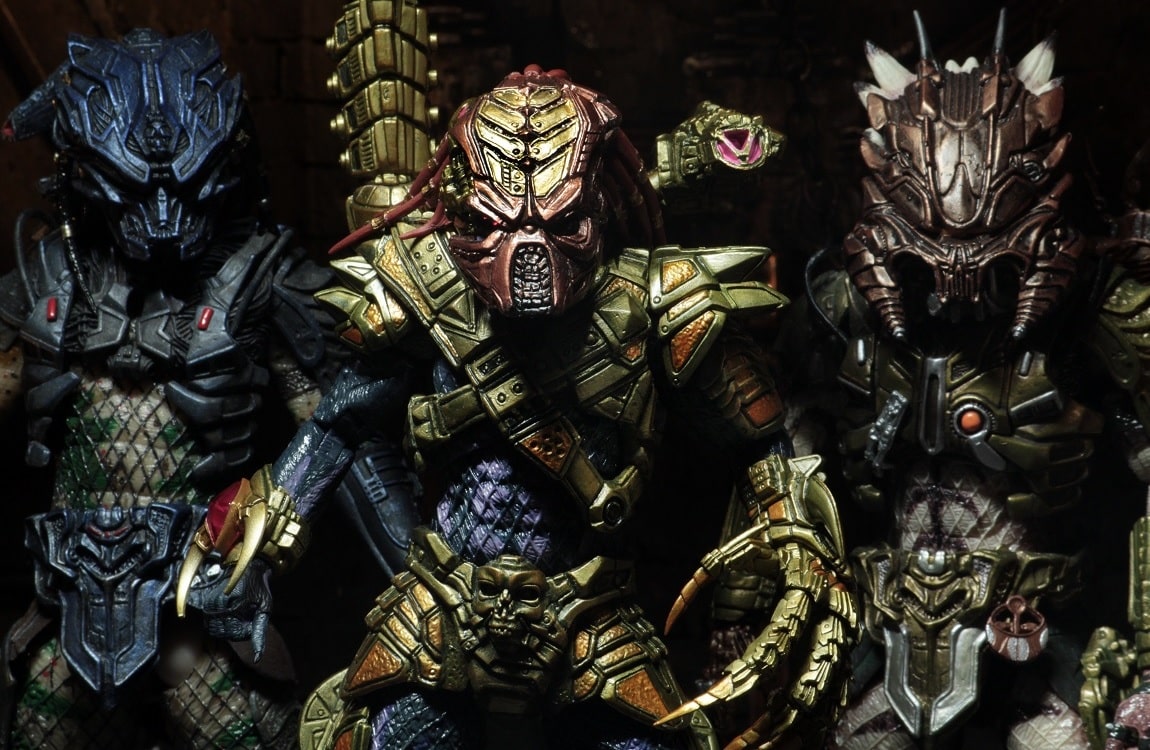 The Rogue Space Tribe was a trio of disgraced hunters who were exiled from the Predator homeworld for straying too far from the Yautja Honor Code. It was led by the Spiked Tail Predator who was followed by Lasershot and Armored Lost. Armored lost had been formerly part of the Lost Tribe Predators, but had fallen out with Greyback, their leader. Now the three Predators made illegal experiments, conducted exotic hunts on the edges of space, and took mercenary jobs, often targeting non-organic lifeforms. The Predators even hunted Terminators, as indicated by the trophies on their bodies. The Rogue Space Tribe and their backstories were produced by NECA who reimagined old Kenner figures for this line. 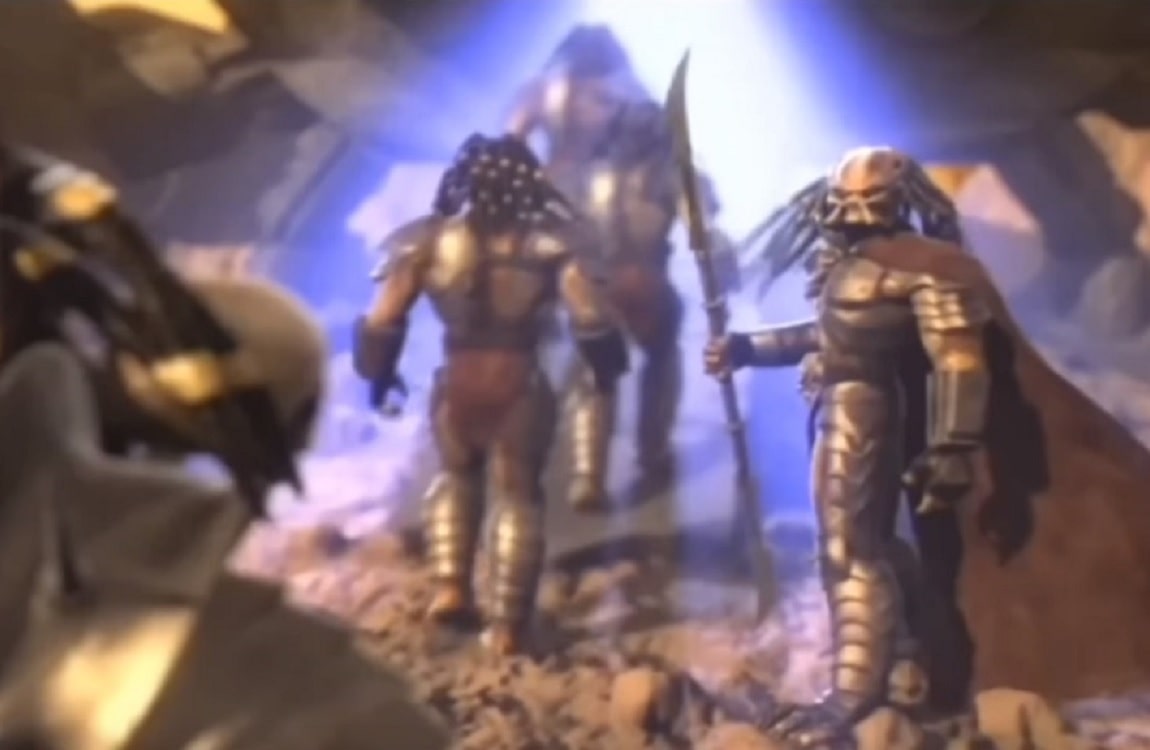 The Dark Blade clan from Predator: Concrete Jungle was probably related to the Antarctica clan, as it's members wore similar armor and had the same rule to hunt after every 100 years on Earth. The most famous member of the clan was Scarface Predator, a temporary bad blood that redeemed himself during the events of the game. Other members included Stone Heart, Swift Knife and Long Spear, all of them captured and brainwashed by the Borgia Corporation. Scarface restored honor to the clan by killing them and taking down the evil corporation. The Dark Blade armor was also a special unlockable in the game. 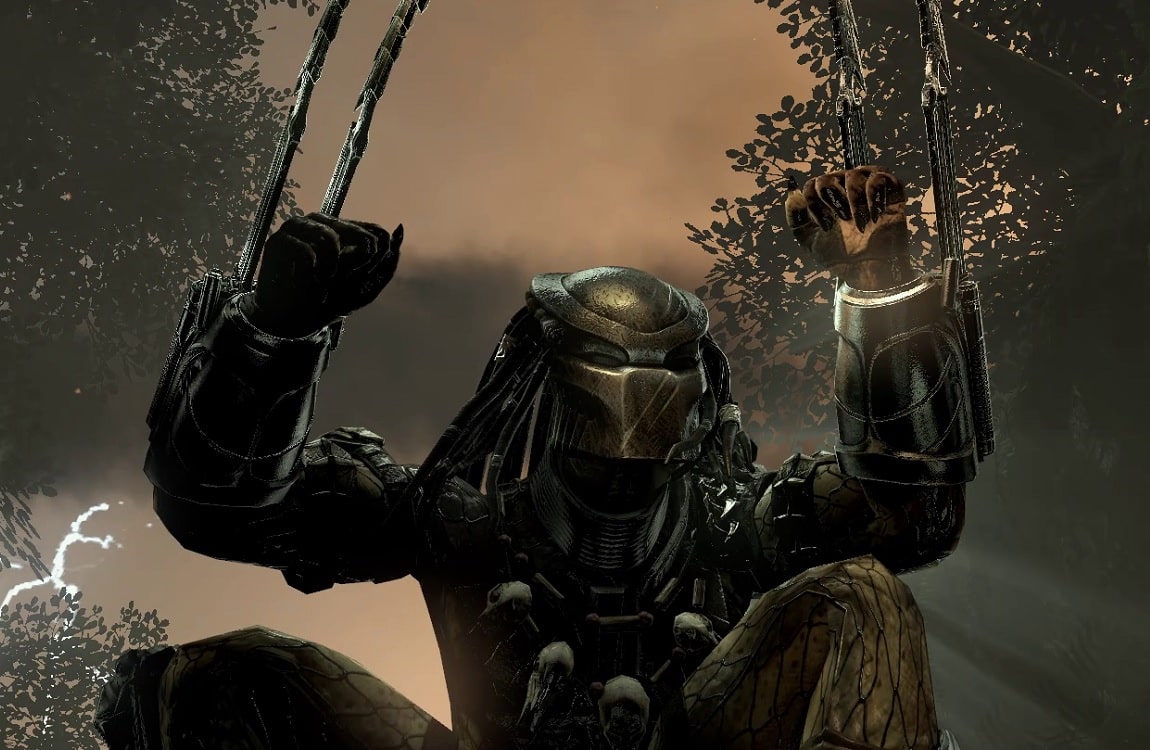 The Elite clan was a small clan of Yautja that hunted on several worlds, including BG-386 from the Aliens vs. Predator 2010 video game. They held hunting Xenomorphs in high regard - one would become a member of the clan by killing a Xenomorph in melee combat. The most prominent member of the clan was Dark Predator, one of the most formidable Yautja ever. However, some of the other clan members weren't so lucky. Wolf (not to be confused by Wolf from AvP: Requiem) fought Specimen 6 and lost, being harvested by a facehugger and giving birth to a Predalien. Other notable members were Spartan, and the Serpent Hunter Predator - a Predator with a Xenomorph mask. 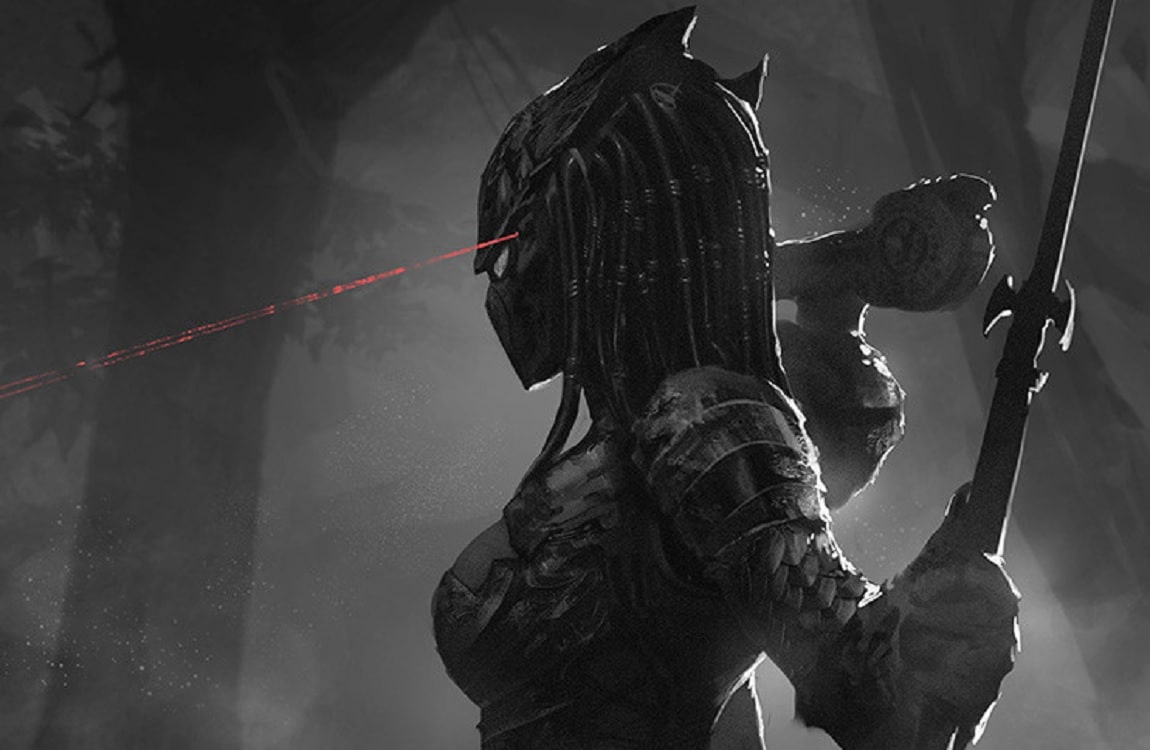 The Widow clan consisted of female Yautja who lost their mates during hunts. The females were seasoned warriors themselves and the clan was highly respected by other Predators. The Window clan is mentioned in the epic Rage War book trilogy and its notable members are Hashori and Yaquita. Hashori was an aggressive warrior that took pleasure in torturing it's prey with whips and other devices. Yaquita was a scientist and wheelchair-bound, having lost her legs during a hunt. We don't get to see the Widow clan but the fan art by mist XG is a good representation for it. 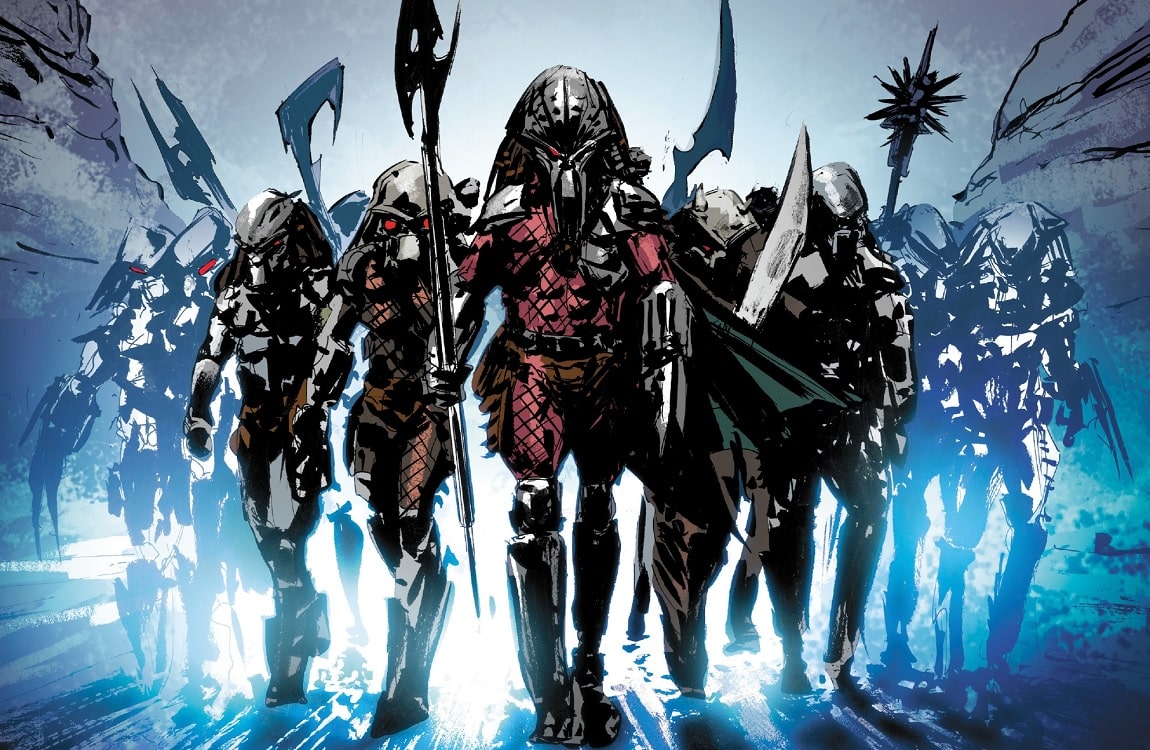 The Tartarus clan appeared in the Life and Death comic series which was a sequel to the Fire and Stone saga. They were a small clan that was associated with Ahab Predator hunting on the planet Tartarus. The clan contained Predators who were redesigns of the Kenner toy line from the 90ties, including the Hornhead Predator. Hornhead was the clan's champion and Ahab fought him to gain control of the clan. Ahab won the duel and together with Colonial Marines they fought a horde of Xenomorphs. Some of the clan members died, but the Elder and Ahab emerged victorious with some other Predators surviving as well. 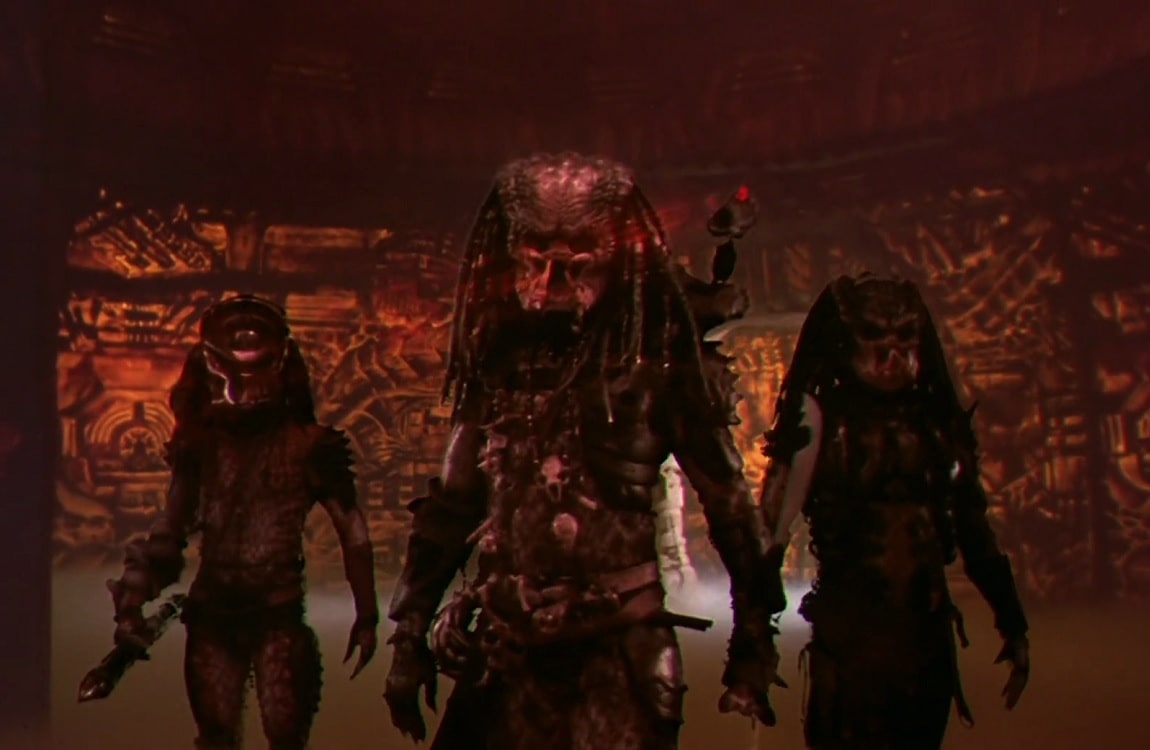 The Lost Tribe from the end of Predator 2 is perhaps the most famous and notorious Predator Clan. They arrived in Los Angeles during a heatwave and only one of them - the City Hunter, ventured into the city. The other hunters presumably stayed on the ship and evaluated the City Hunter's progress. The trophy wall on the ship was a testament to the Lost Tribe's accomplishments, even including the head of a Xenomorph and a dinosaur. The Elder Predator of the clan - Greyback, also had a long hunting career, starting in Guinea in the 17th century while fighting pirates. The Lost Tribe left Los Angeles after the City Hunter died, never to be heard from again. It is interesting to note that the clan got their name for the fact that the Predator suits were stolen after the filming.