The bio-masks provide the Predators with protection, different vision modes, and other useful gadgets. Dozens of different masks have been seen in the various Predator media. Here is a top 10 list of the best-designed Predator masks from the movies, games and comic books. 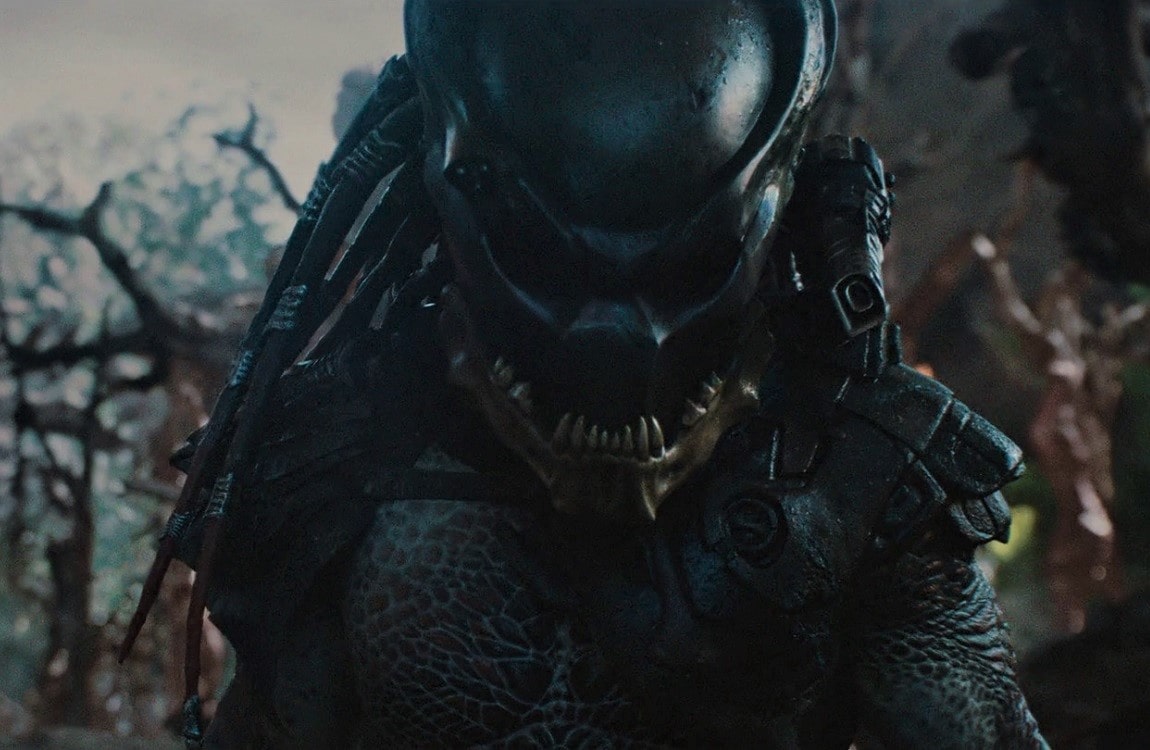 While all the Super Predators from Predators have good looking masks, the mask worn by their leader is the most menacing one. One of the few Predator masks that are black, it has also given Berserker the nickname "Mr. Black". The mask was enhanced by a trophy-jaw of an unknown creature attached to the underside of the mask. The Berserker mask also contained some advanced Predator vision modes, like tracker vision and sound vibration detection vision. While the Super Predators have different shaped heads, it is unknown if the mask could have been worn by a regular Yautja. 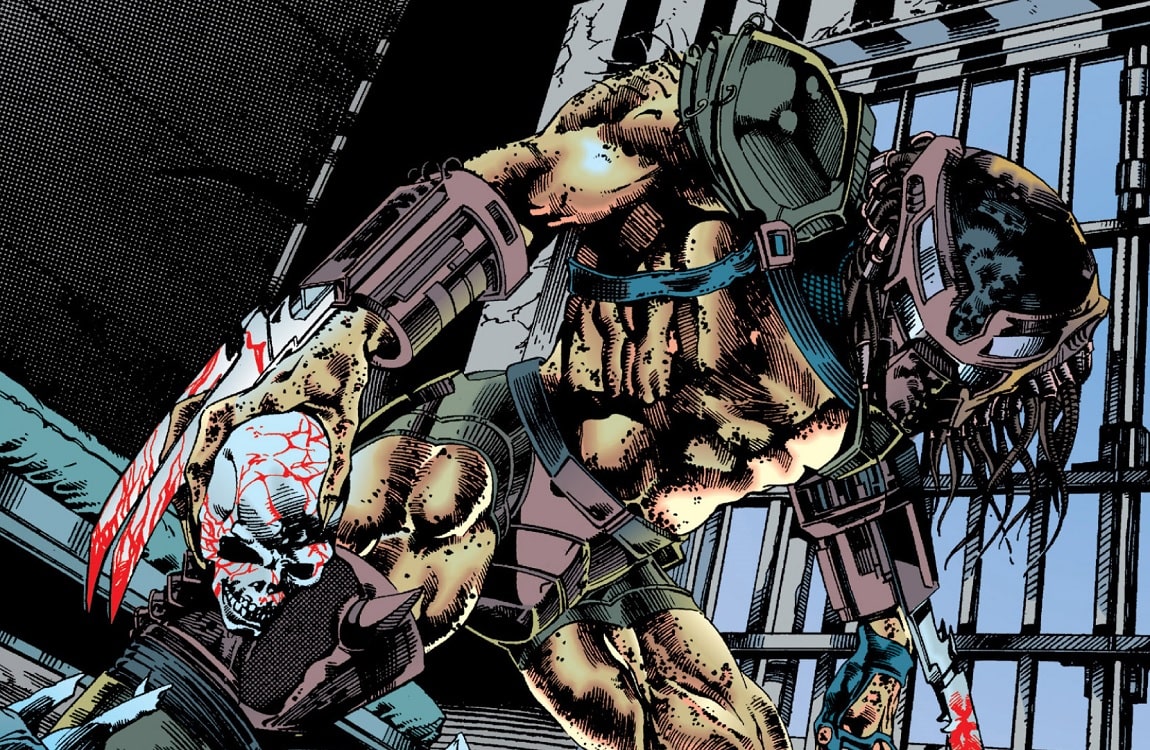 While people generally want to stay out of prisons, the Race War Predator decided to live in one. Of course, he wanted to hunt and kill the inmates staying in the prison. His bio-mask was brownish-gold, with a double set of rectangular eye-slits, making it quite unique and cool. While being called the Race War Predator, he actually caused the race war in the prison to end, as the gangs of inmates from different races united against him. He was killed in the subsequent prison riot and his mask lost in the process. 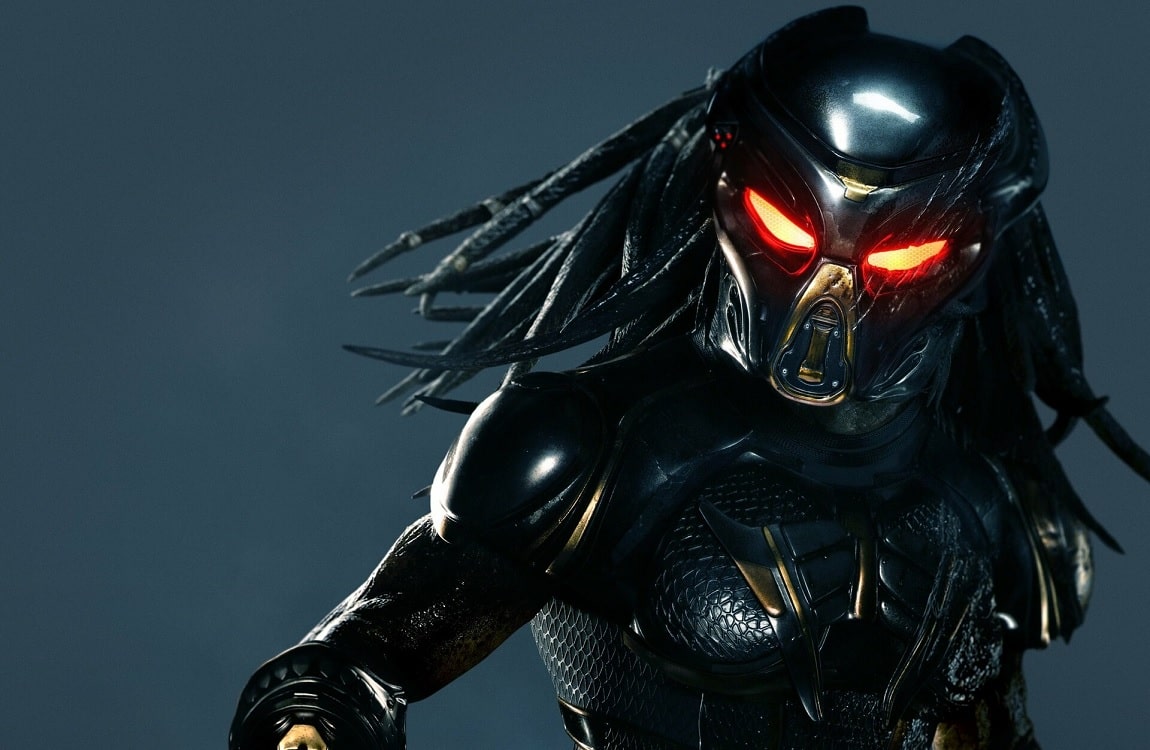 The Fugitive Predator is the best thing about The Predator movie and his mask is great also. Even though the area around the mouth looks a bit too "busy", the big red eyes look awesome. The movie establishes that the mask has it's own protective system and can shoot down incoming projectiles. Too bad it could not keep him from being decapitated. The movie died together with the Fugitive Predator and started to follow the Upgrade Predator, who didn't even use a mask. 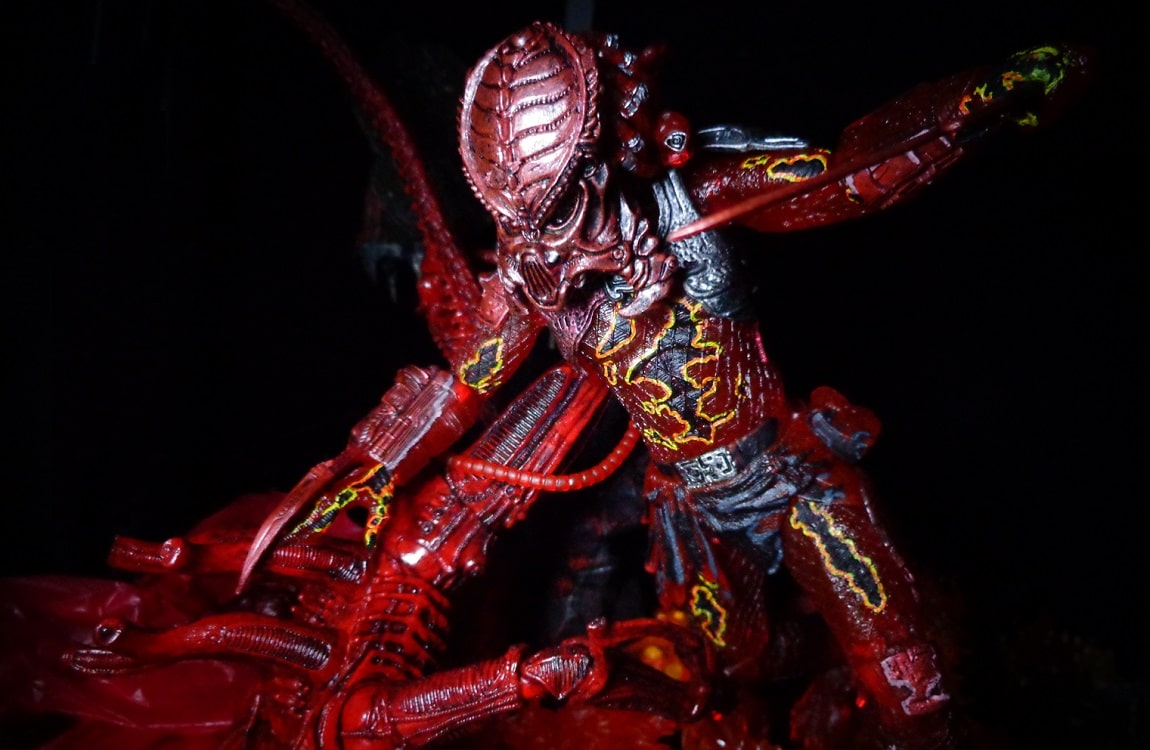 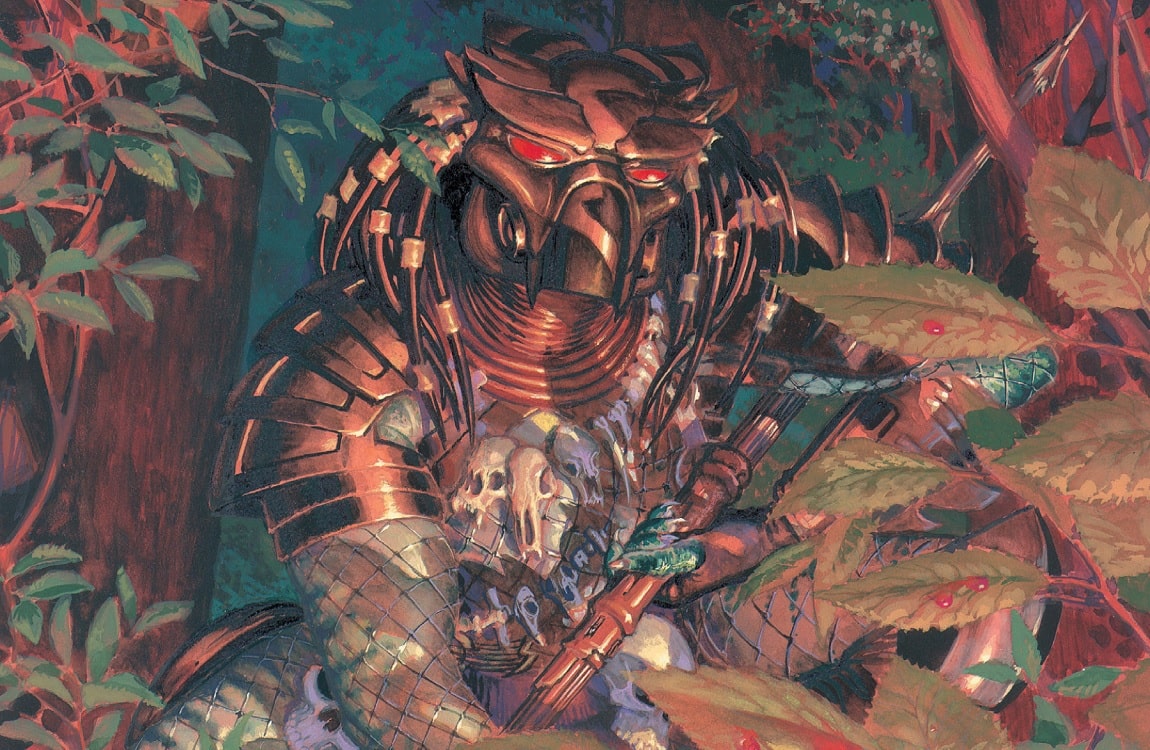 The Golden Angel Predator is actually the Elder Predator from Predator 2, but at a younger age. In the comic Predator: 1718, he wears 2 different masks while fighting with pirates near Guinea. The first one appears only on the cover of the comic and he is wearing it while scouting on the pirates. It has a bird-like appearance with blood-red eyes. The second bio-mask in the rest of the comic is a more traditional one that resembles the mask of the Jungle Hunter from the first movie. The NECA figure of the Golden Angel Predator comes with both masks and is great. 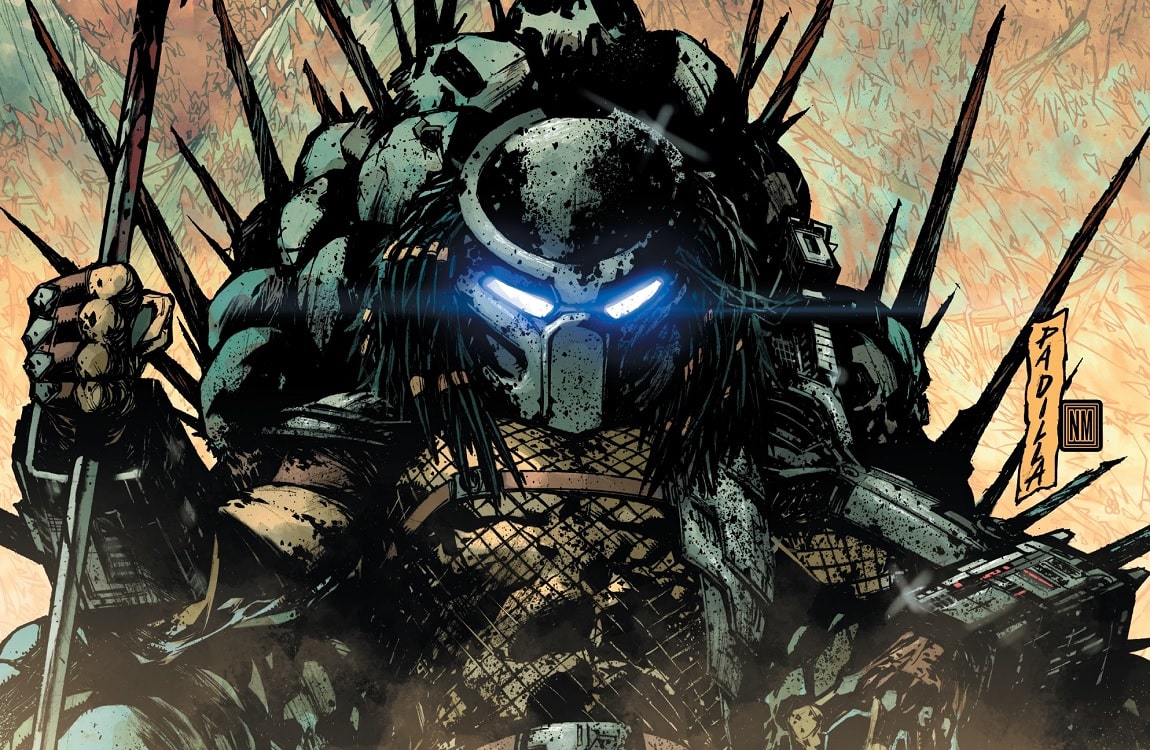 The Afghanistan Predator shows up in the Predator: Hunters II series. His mask is probably the most elegant one in the whole list, having a close resemblance to the Jungle Hunter in the first movie. The constantly burning big blue eyes make it a stand-out although it is probably not a good tactical feature. The mask gets a lot of battle damage in the comic book and the Predator loses half of it. In the end, it gets blown off his face and the Predator is killed by the human hunters in an explosion. 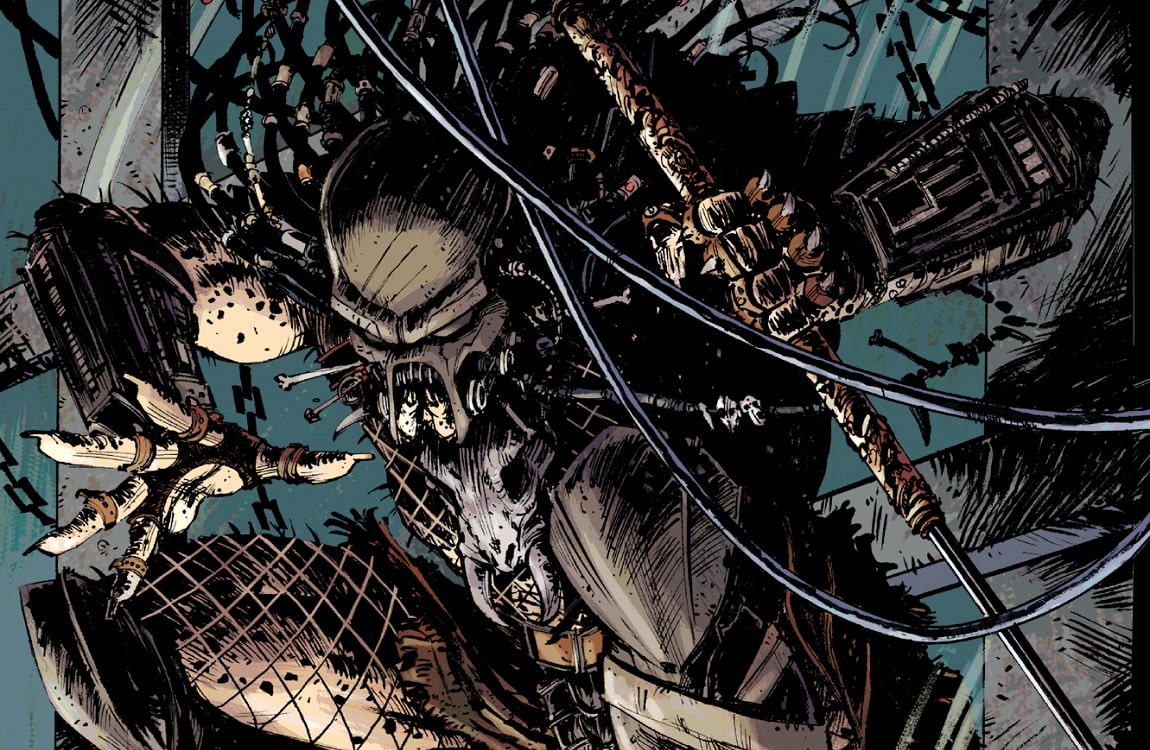 Ahab's mask is unique in a sense that it doesn't cover the whole face, the mouth is left in the open. Some other Predators wear a breathing apparatus under the bio-mask, but apparently, Ahab does not. During a hunt against some tribal Aliens, he was stabbed through the mask in his right eye, damaging them both. While he was blind in one eye in the Fire and Stone series, his eye seemed to have partially healed in the Life and Death follow up. His mask still shows signs of the damage to the right eye. 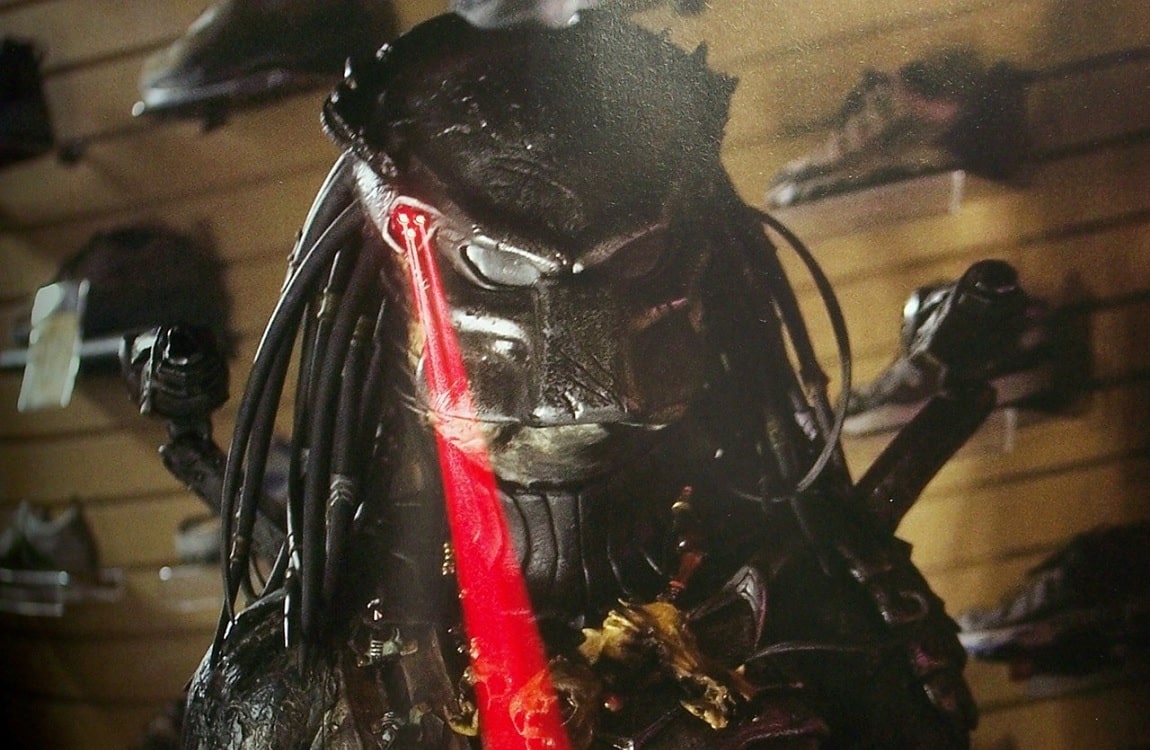 Wolf is a fan-favorite Predator and his menacing mask is part of his appeal. The mask has actually quite a simple design, but has suffered a lot of battle damage and is enhanced with spikes on top of it. There are also some Predator symbols engraved on the forehead, it is unknown what they mean. Maybe they are marks of successful hunts. The mask just looks so good between the two shoulder cannons. As seen in Aliens vs. Predator: Requiem, Wolf actually has a big selection of different masks but the one he chose is probably the best looking one. 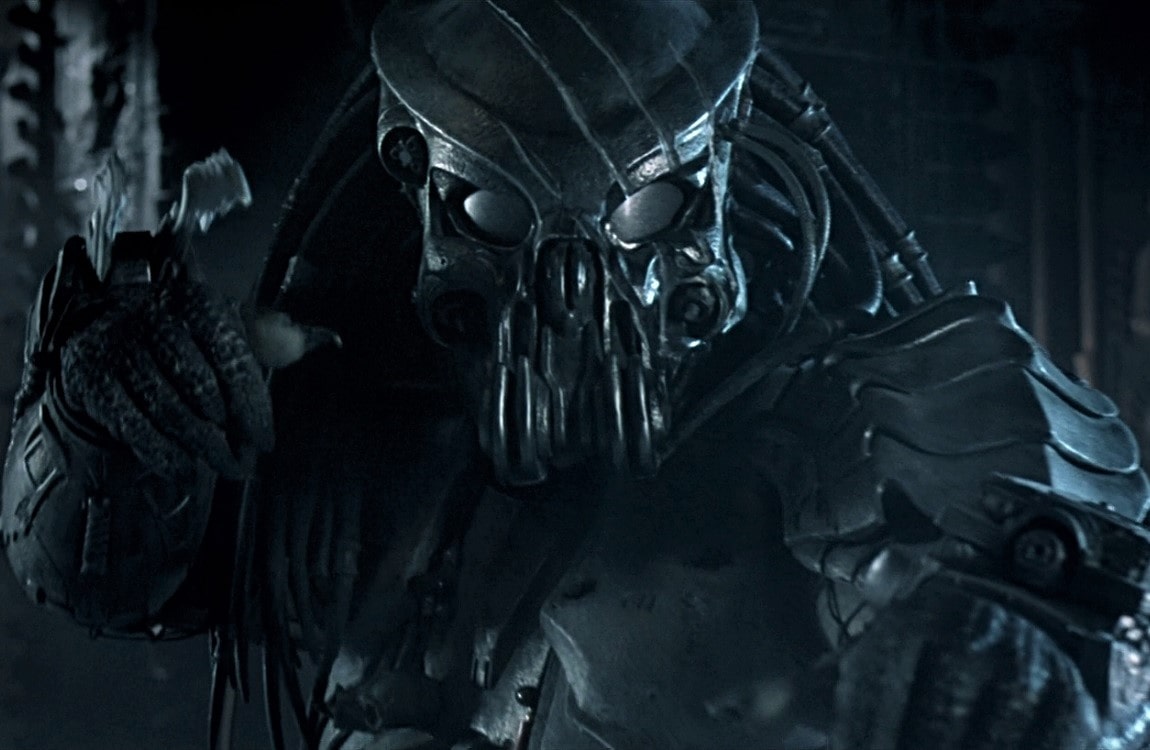 The Celtic Predator from the first Alien vs. Predator movie has one of the best looking masks in the series. It fits well with the aggressive and arrogant style of the Predator. The bio-mask looks even better with the battle damage it received from the Grid Alien. Like other young blood Predator equipment, it was probably not acid proof. The mask was unable to protect Celtic from being headbitten, but it is unknown if any Predator mask can stop the point-blank force of the powerful headbite. 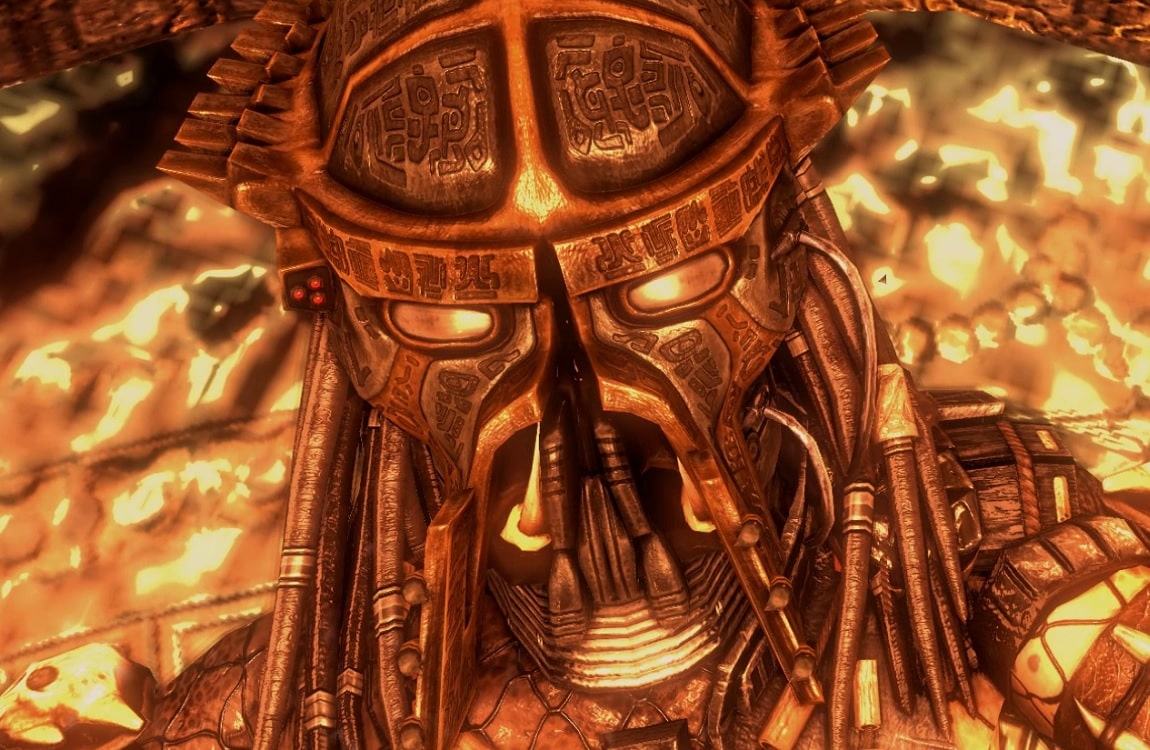 Lord was an ancient Predator and one of the first Yautja to hunt Xenomorphs ever. His mask was preserved in his ceremonial tomb on BG-386 in the video game Aliens vs. Predator 2010. The mask was acquired and worn by Dark Predator, a descendant to Lord and the main Predator character in the game. Lord's mask contained a hologram of his victory over the Xenomorph and Dark used the mask to defeat a Predalien in his final fight on the plane. Probably the most unique bio-mask in the list, it hints at a royal or noble status of the wearer. The game also hints that the mask contains the location of Xenomorph Prime, valuable knowledge for the Yautja wishing to hunt there.

Want to know more about the Yautja? Check out the list of the most Badass Predators and look over the different Yautja Types.