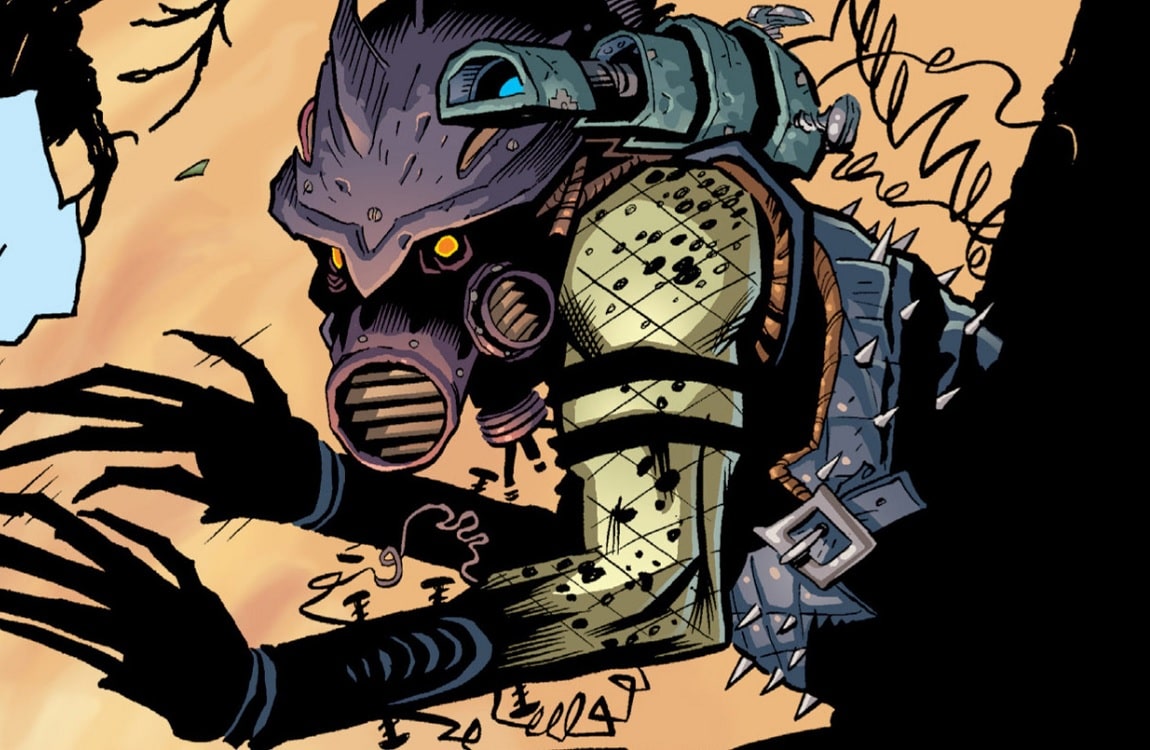 During the events of Predator: Homeworld, three young blood Predators killed some of their clanmates on Yautja Prime and escaped to Earth, ending up in Yellowstone National Park. An Ancient Predator went after them in pursuit. The first young blood wore a unique mask, similar to a human gas mask. The young Yautja joined his two brothers in massacring a group of hunters in the park. When the Ancient Predator caught up with them, the gas mask-wearing Predator was the first to die in battle. The Yautja never received a blooded status and became a bad blood Predator because he killed his own kin and attacked innocent unarmed victims as well. 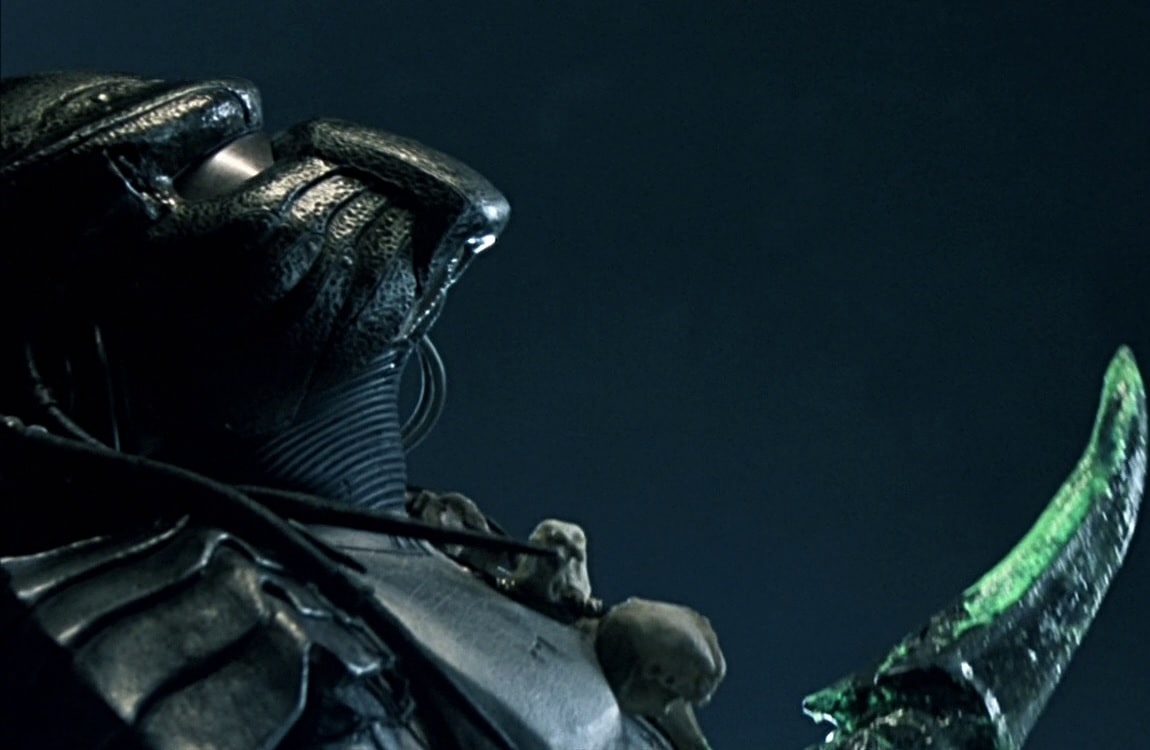 Chopper was most likely the most incompetent Predator of the three Yautja brothers from the Antarctica expedition of AvP 2004. However, he did have some earlier hunting successes and was wearing two human heads as trophies even before the hunt. He did help kill some of the mercenaries from Weyland's expedition before being impaled by Grid Alien's tail. As a final insult, he was headbitten through his mask, indicating the bad preparedness of the young blood's equipment (their gear was not acid-proof either). 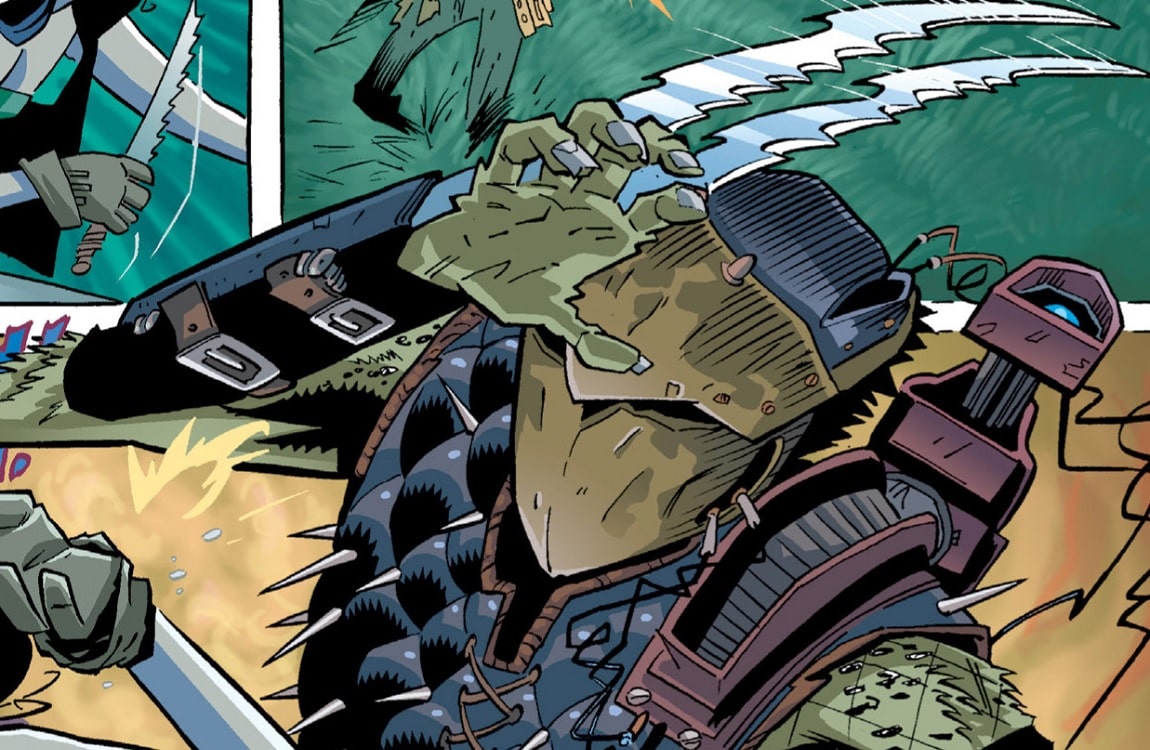 As mentioned previously, a trio of young blood Predators (now becoming bad bloods) escaped Yautja Prime and ended up on Earth. The second of the three brothers was most likely their leader, wearing a spiked medieval-looking armor and a more standard bio-mask than his first brother. In the combat against the Ancient Predator, he lasted the longest, losing his mask during the skirmish. This revealed his short and braided hairstyle. Like his two other brothers, the bad blood was killed. The third brother of the young blood trio looked about the same and is not worth mentioning. 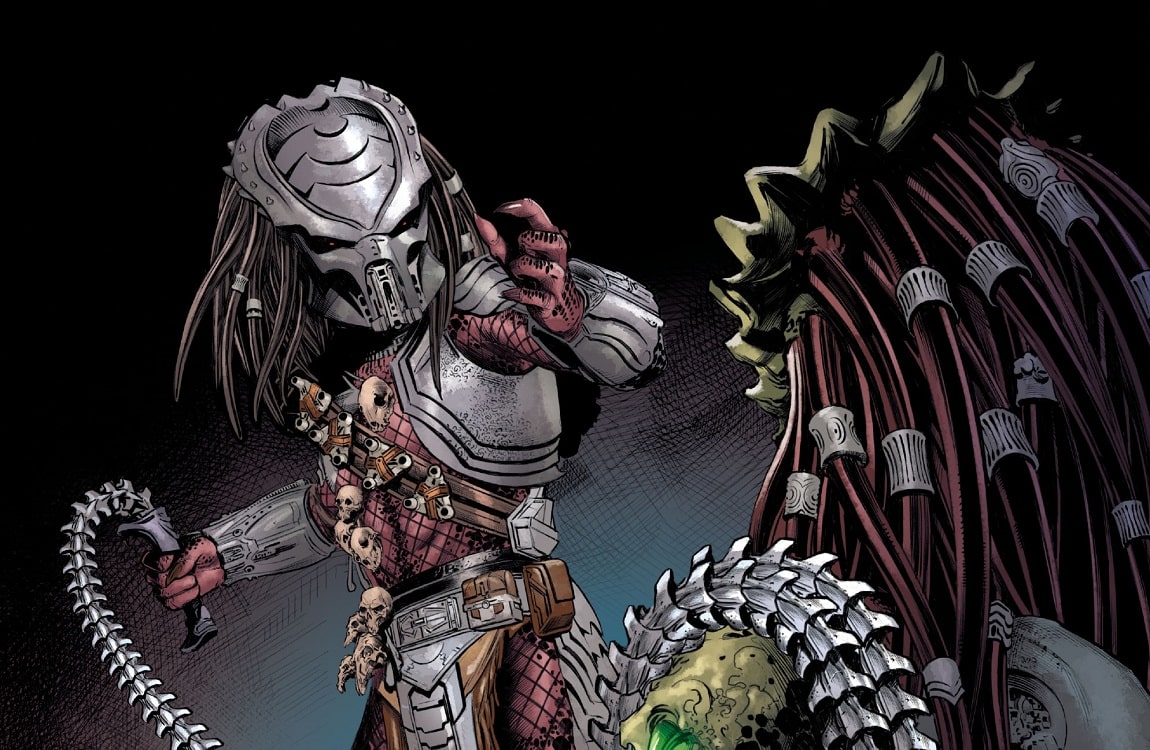 Splitter was a Yautja Young Blood who together with his brother Pig Iron and father Hook invaded a luxury space liner to hunt humans. Unlike the conduct of most Predators, they proceeded to massacre the civilian passengers on the ship who offered little resistance. After Hook was gravely wounded in an incident with an elevator, Splitter had to amputate his father's arm and leg with a whip. Soon after, a Xenomorph escaped from the Predator ship and killed Splitter's brother Pig Iron. Splitter confronted the Alien and tried to take it out with the plasma whip. However, the Xenomorph was faster and decapitated Splitter, making an end to this dishonorable hunt for the two Young Blood brothers. 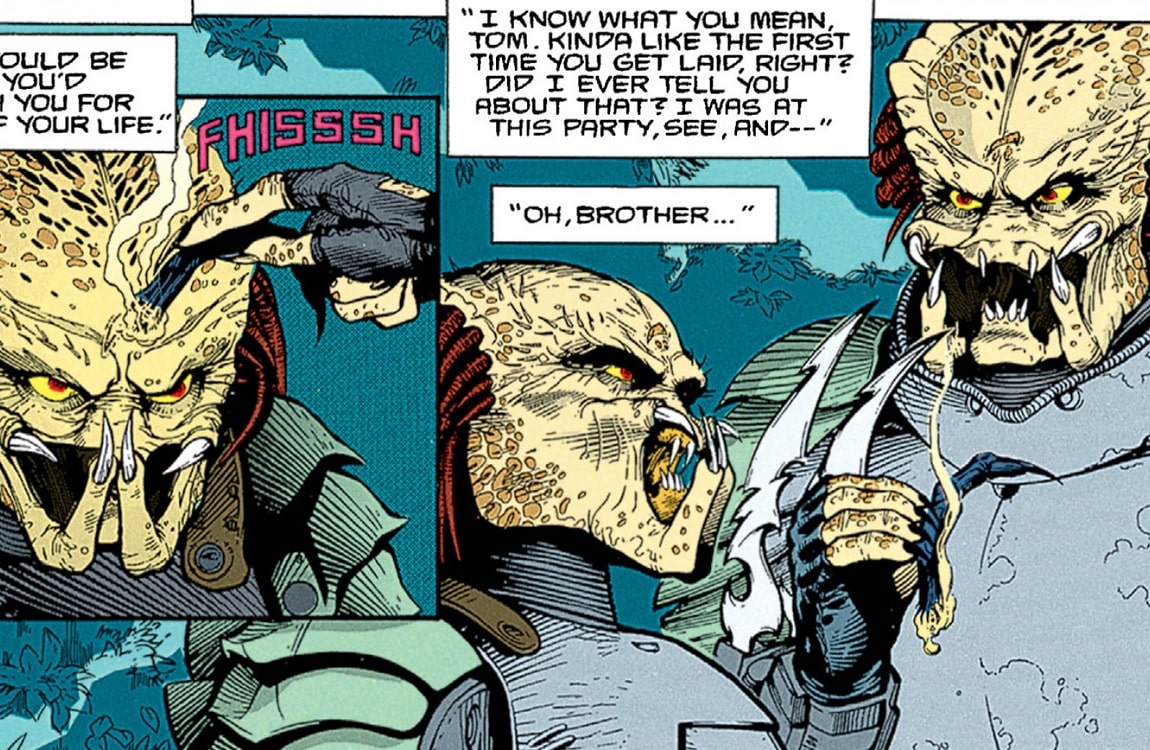 The blooding of Dachande's brother at the start of the first Aliens vs. Predator comic series was one of the first and best examples of the blooding ritual that the Yautja undertake. After killing several Xenomorphs in melee combat together in a swamp on an unnamed planet, Dachande broke a finger of a Xenomorph and marked an acid mark on the forehead of his smaller brother. Several other young bloods were killed in the same swamp. It is not clear what becomes of the brother later, but he is most likely killed during the hunt on Ryushi. 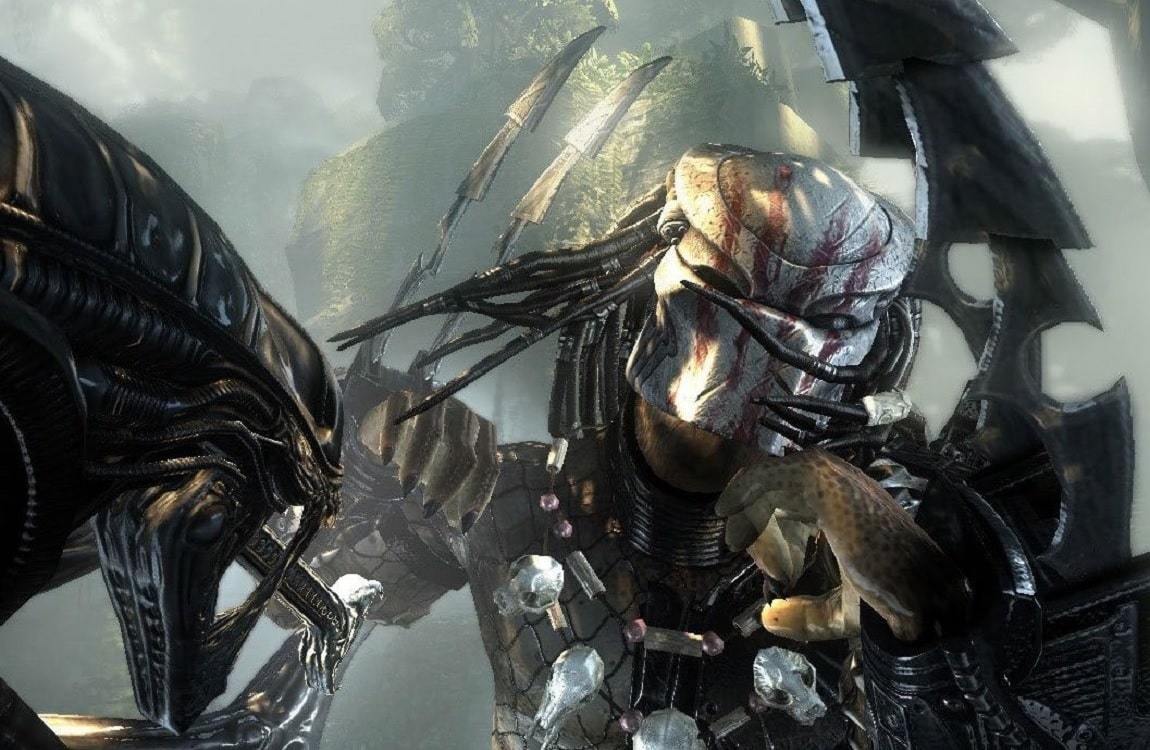 Claw Predator was one of the five young bloods dispatched to BG-386 before the events of Aliens vs. Predator 2010 to reach their blooded status. The hunt went badly and the five brothers were overwhelmed by Xenomorphs. Claw was one of the last standing and managed to take out some Colonial Marines before his death. Dark Predator was later sent to locate his body and set it to self destruct. Claw is also featured on several promotional posters for the game - he is the one with the bio-mask marked with a bloody hand. 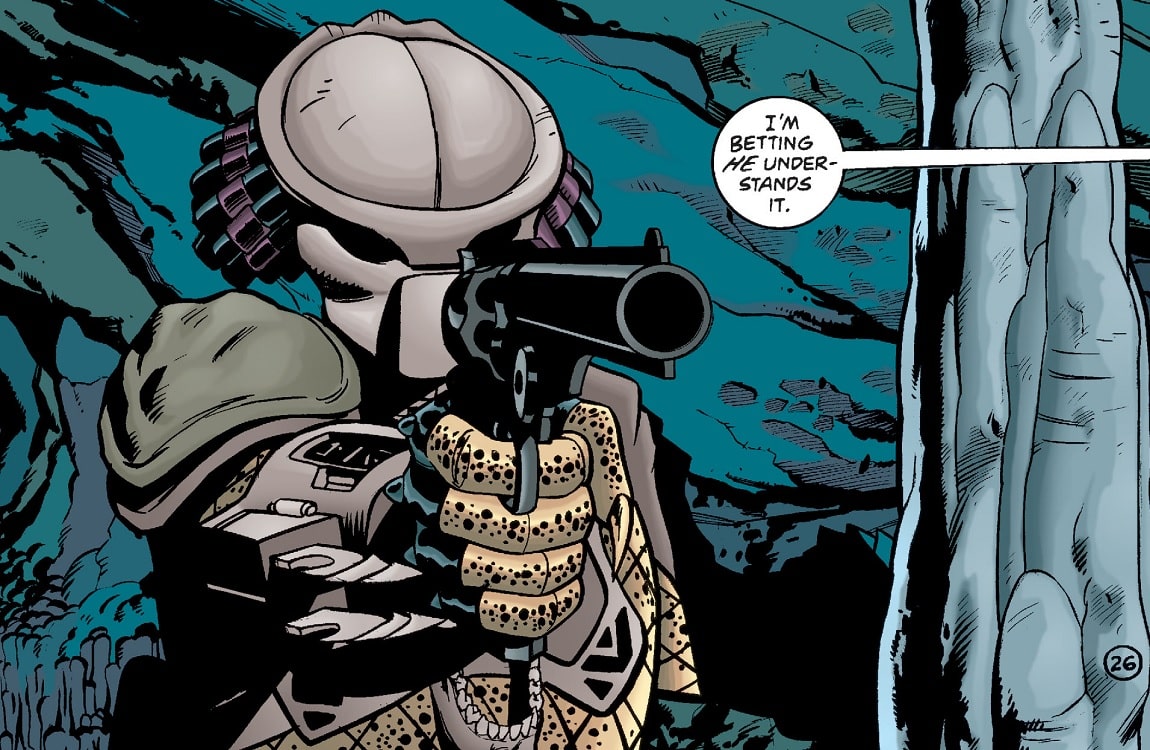 When Batman encountered a Predator the third time in Gotham City, the Yautja wasn't hunting alone, he had brought his son along. The young Yautja wore similar armor as his father, but had very short dreadlocks, possibly cut off. The duo encountered several villains from Batman's rogue gallery, like Mr. Freeze, before concentrating on the Dark Knight himself. When the older Yautja was captured by Batman, the young blood followed Batman to the Batcave and threatened to kill Robin. Both parties reached a kind of a deal, where the Yautja would leave Gotham City together and Batman's friends would live. 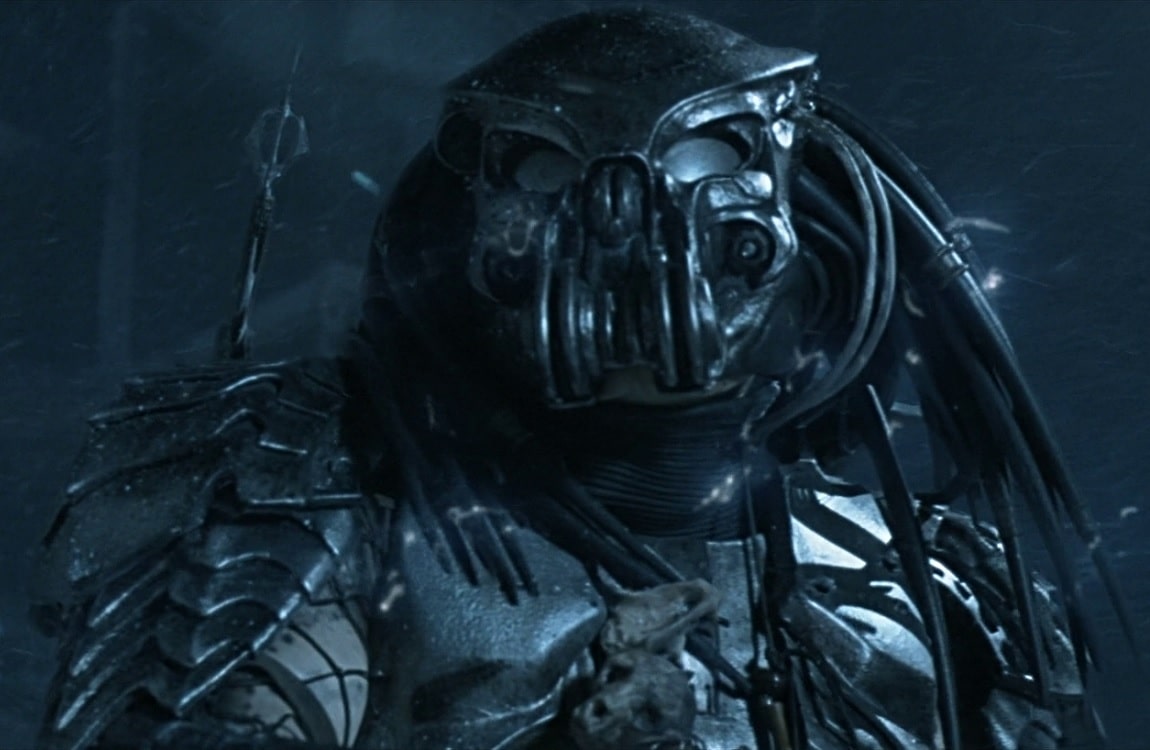 Celtic Predator was the leader of the three young blood brothers sent on their first hunt against Xenomorphs in Antarctica. He was the biggest and most aggressive of the three and donned the most unique and best-looking bio-mask as well. The bio-mask would have looked even better with a blooding mark, but instead, it received the claw marks of the Grid Xenomorph. Celtic engaged Grid in a prolonged fight after Chopper was impaled by the creature's tail. Although it seemed that Celtic had the upper hand in the fight, he was still headbitten by Grid in the end, never receiving his blooded status. 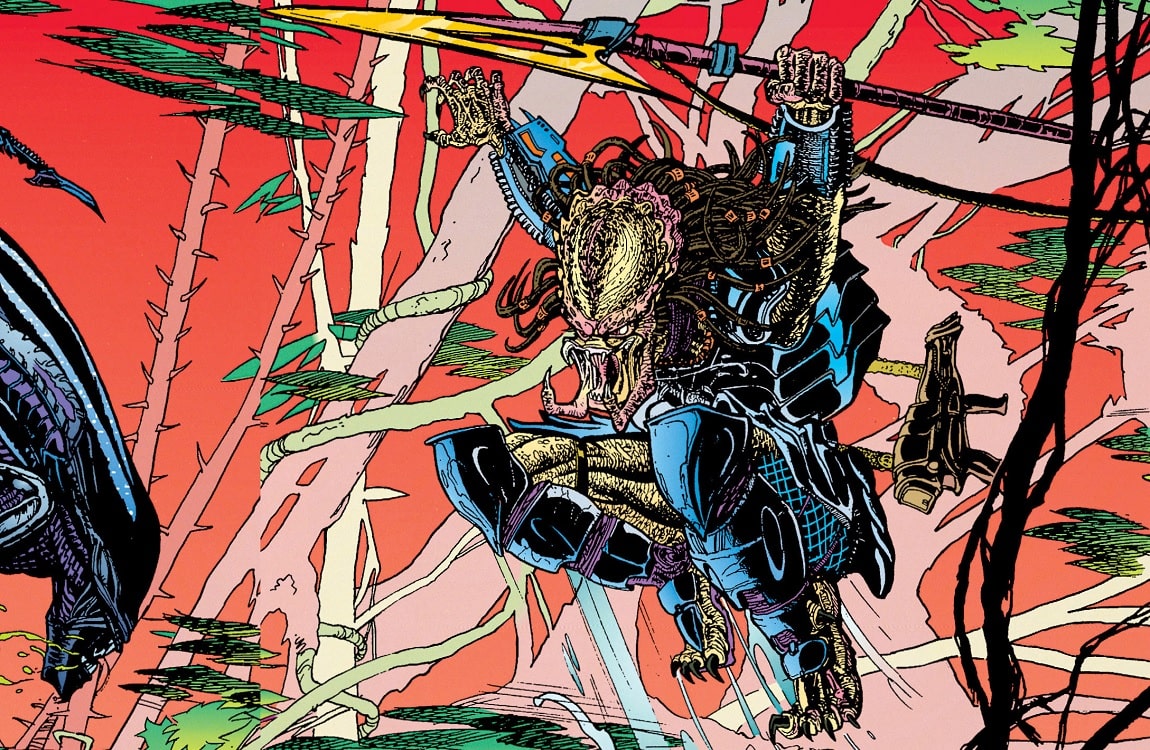 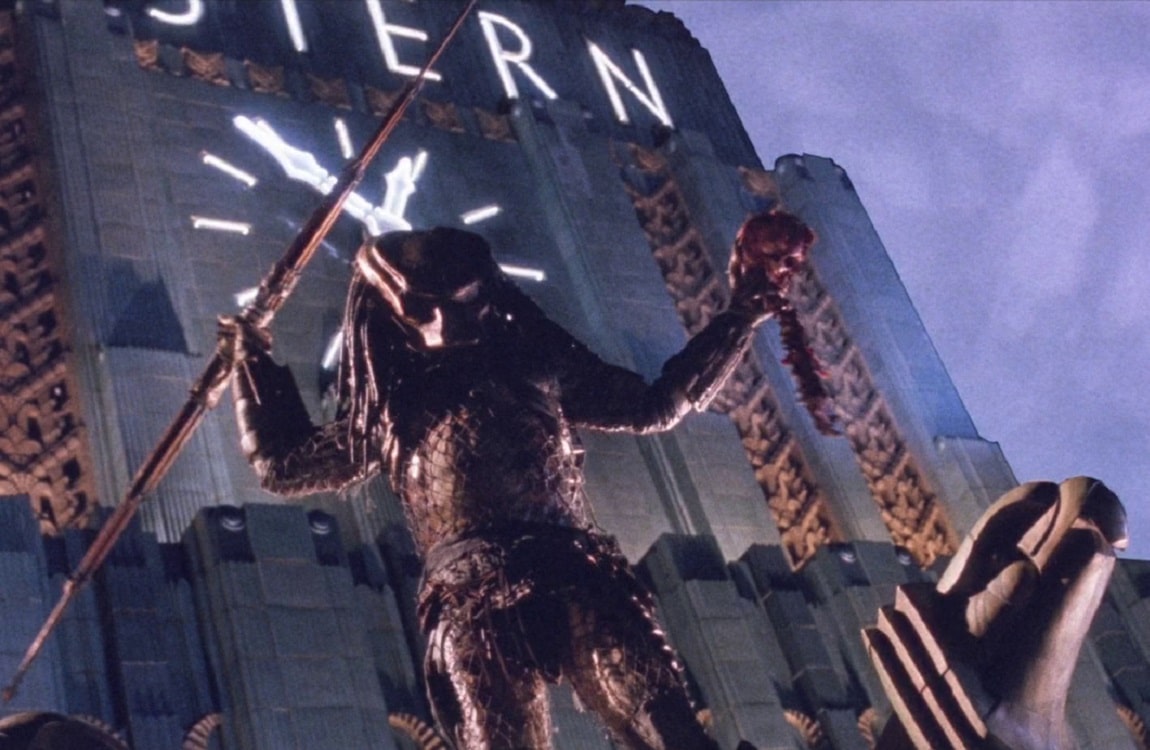 The City Hunter from Predator 2 has been referred to be a young warrior by several sources, including the movie novelization, NECA figure bio, and an interview with the film director. The hunter resorted to use more weaponry than the Jungle Hunter and was generally more reckless, leaving some of his equipment behind. The trophy wall on the Predator ship hints at previous hunts, including taking down a Xenomorph, but these are more likely the trophies of the whole Lost Tribe clan. The City Hunter also missed a blooding mark and never received it, as he was killed by Mike Harrigan.

Scar Predator is one of the most well known Young Blood Predators and one of the more successful ones. After Chopper and Celtic died, he was the remaining Young Blood in the 2004 Antarctica hunt. He dispatched several human mercenaries, facehuggers, and grown Xenomorphs in the hidden temple under Bouvetoya island. Scar detached and activated his self-destruct device and blew up the temple, escaping together with Alexa Woods. He did receive his blooded status and helped Alexa defeat the Alien Queen. However, Scar was impaled by the Queen's tail in the process and his body was taken to the Predator Mothership, where it birthed a Predalien.