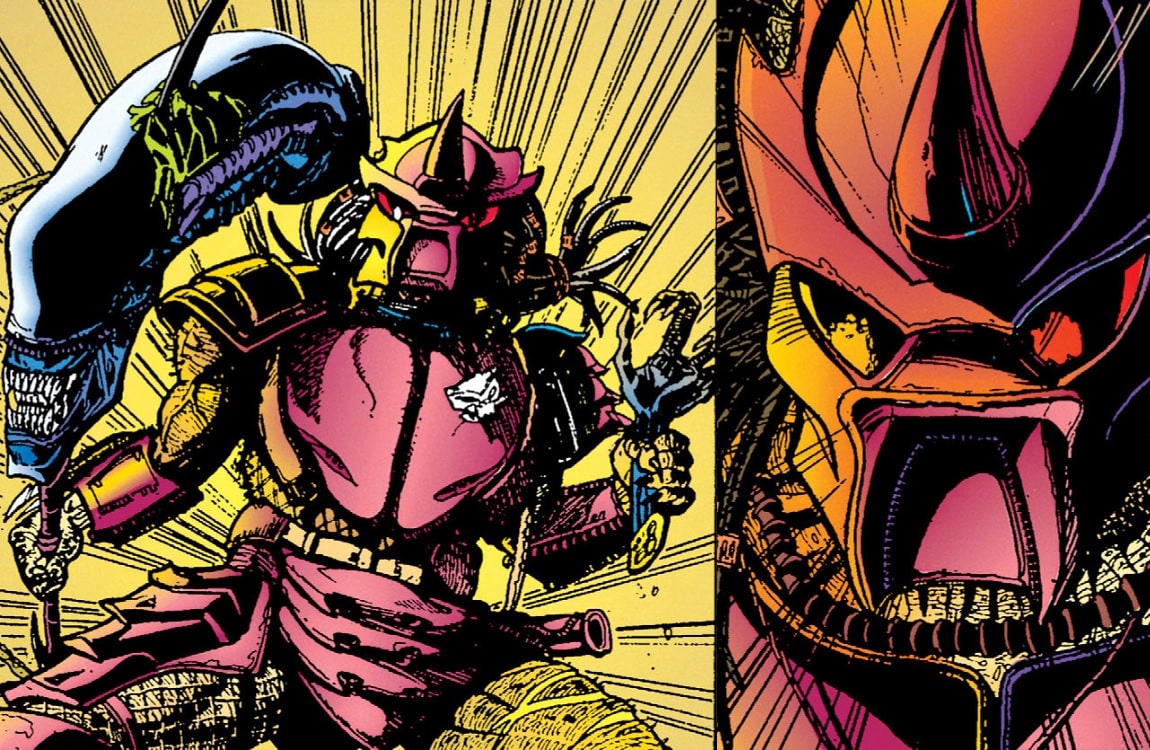 Two-Stripes is the only known Predator to cheat on a hunt. His clan descended on a jungle planet with the purpose of hunting Xenomorphs and becoming blooded. When his clanmate Light-Stepper killed a Xenomorph and was gravely injured, Two-Stripes claimed the trophy for his own. However, Light-Stepper survived and told the others about the deception of Two-Stripes. Instead of being blooded, Two-Stripes became a bad blood and was left alone on the planet to face off a wave of Xenomorphs on his own without any weapons or armor. Two-Stripes appeared in the Aliens vs. Predator: Blood Time comic and Light-Stepper later turned up in Aliens vs. Predator: Duel. 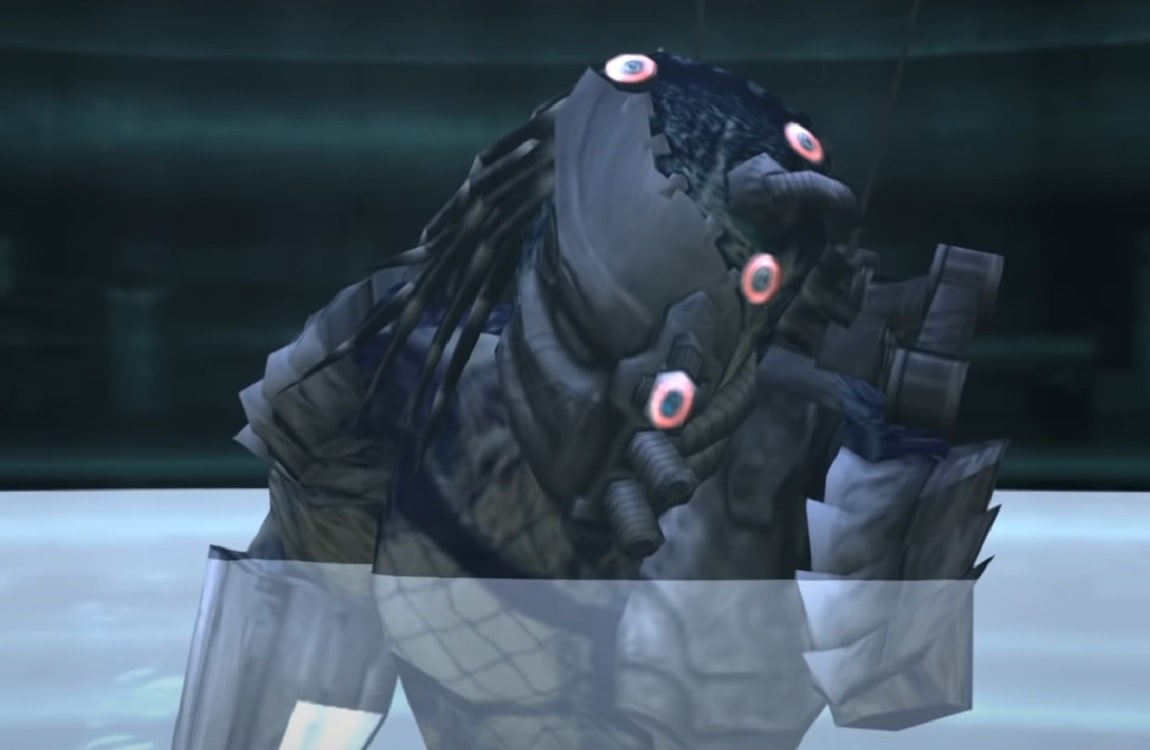 Long Spear was one of the trio of Dark Blade clan Predators captured by Borgia Industries. Like the others, he was brainwashed to becoming a tool of the humans and was disowned by his clan. Long Spear received the most of the cybernetic enhancements given to the captured Predators. His eye and part of the face was replaced by robotic components. Like his two brothers, he was hunted down and killed by Scarface in Neonopolis, the fictional city from Predator: Concrete Jungle. 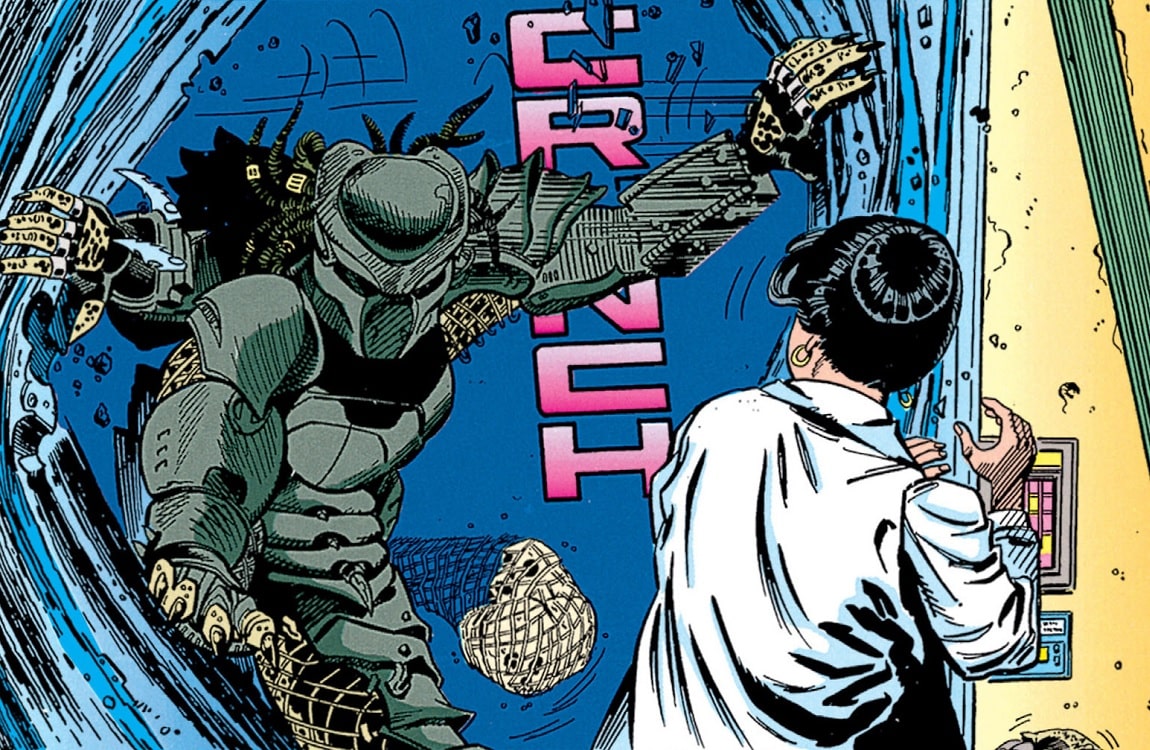 Tichinde was part of the clan of Yautja lead by Dachande who hunted on the planet Ryushi. The start of the hunt was disastrous when their ship was destroyed. Tichinde broke off from Dachande and decided to start killing innocent civilians of the human colony. This was he became a bad blood and a target for Dachande. They fought and Dachande stabbed him through the head, ending Tichinde's treachery. The entire group of Yautja was killed on Ryushi partly because of his actions. 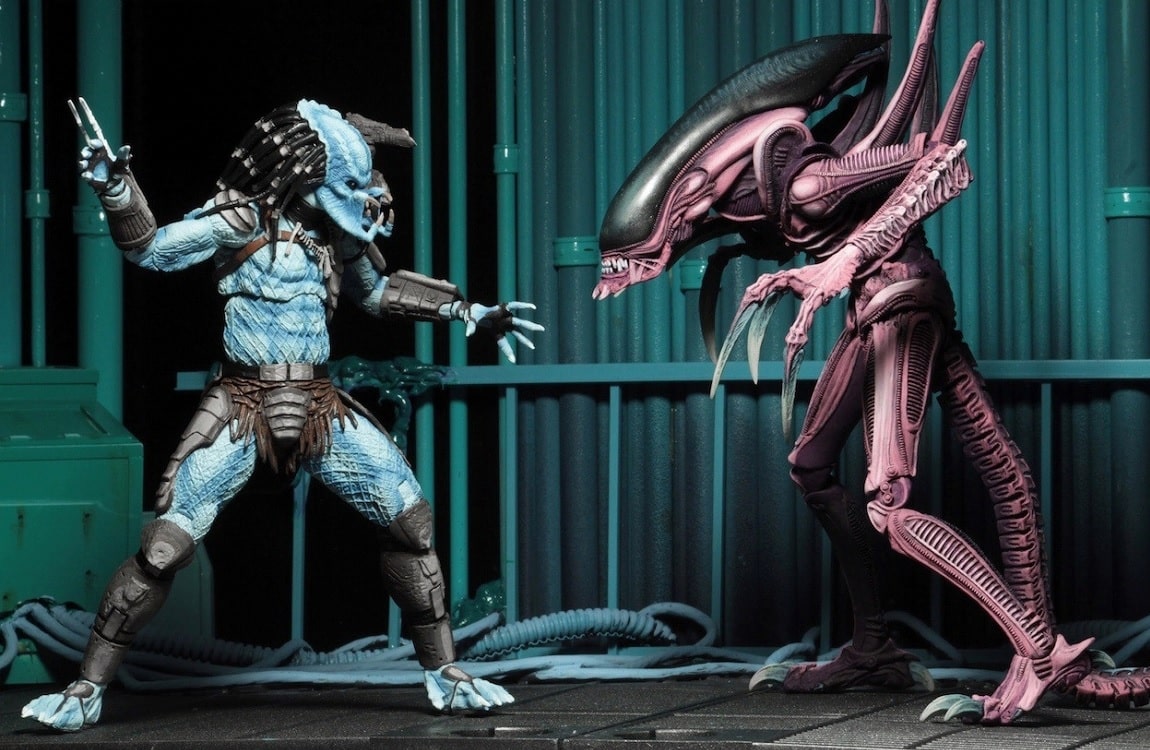 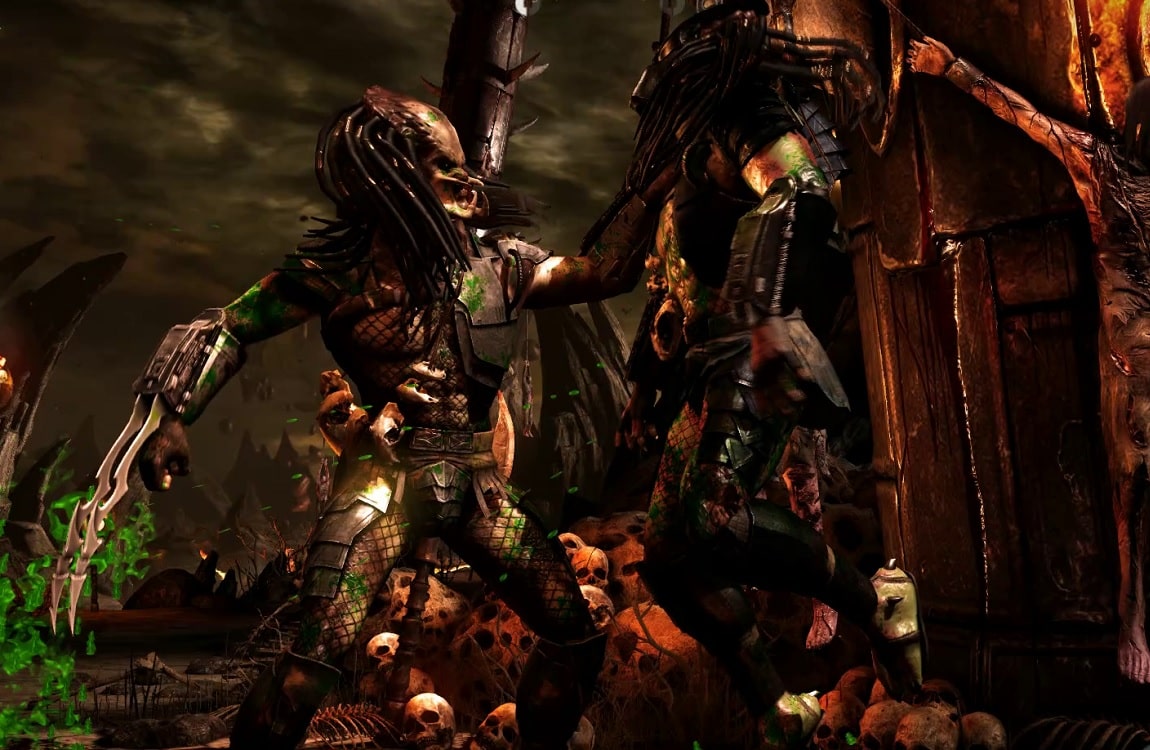 There is not much backstory to the Predator from the Mortal Kombat XL video game. He fought against several adversaries, some of which also included other Predators and the Hish-Qu-Ten. He also extracted trophies from these Predators and stored them in his Yautja ship like a bad blood would. In the end, he defeated Shinnok, stole his magic sorcery powers and wreaked havoc on the universe, becoming an Apex Predator. He is one of the few bad blood Predators to survive. 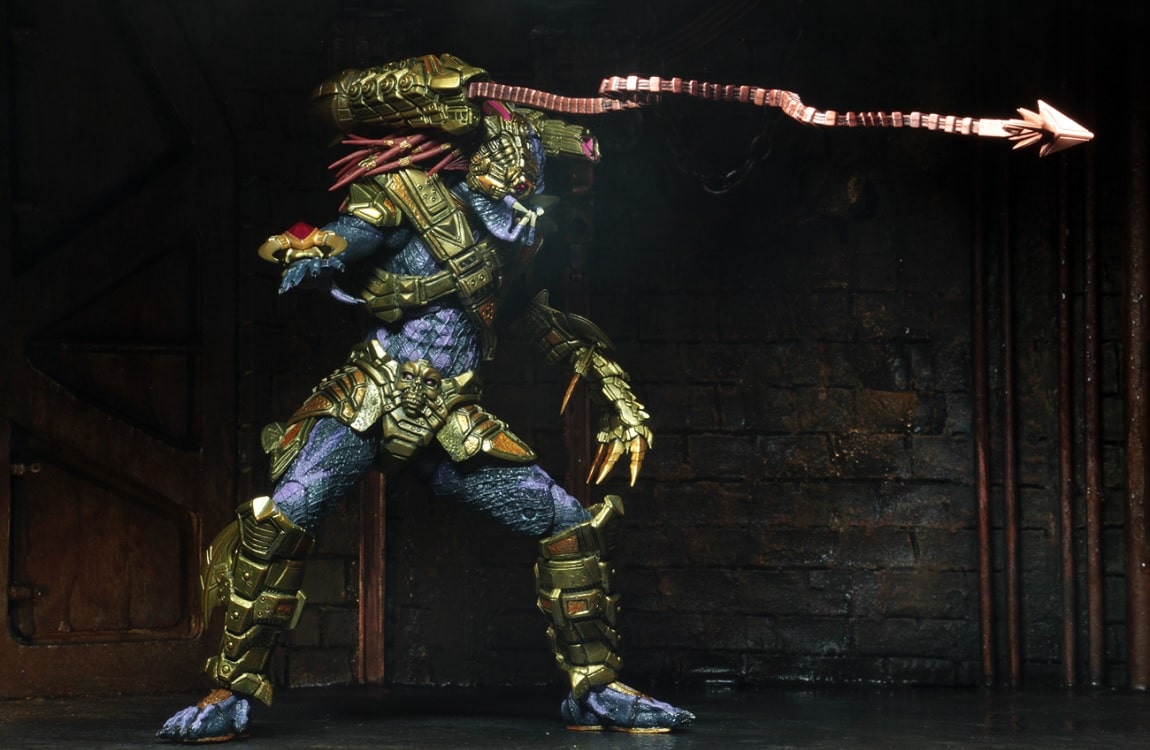 Lasershot Predator was perhaps the craziest of the trio of Predators from the Rouge Space Tribe, where every member could be considered to be a Bad Blood Yautja. He had little regard for the Predator Honor Code and started with his insane experiments at an early age. Lasershot cut off his left hand and replaced it with a mechanical claw. Further on, he installed a cybernetic eye and was the only known Predator to have his tracking laser on his face and not on his mask or shoulder cannon. Together with Armored Lost and Spiked Tail Predator, they traveled the far reaches of space, avoided Enforcer Predators, and took odd mercenary missions, often hunting non-organic lifeforms.

It is difficult to say which one of the two Predators was the bad blood in The Predator movie. There was a Predator civil war going on with two factions at war. However, the fugitive was the one who was hunted down for stealing technology from his fellows, so he can be considered the bad blood. Although his objective was to bring humans a weapon against the Upgrade Predators, his bloodlust got the best of him and he killed a lot of humans himself. The Upgrade Predator hunted him down and ripped off his head, bringing an end to the bad blood. 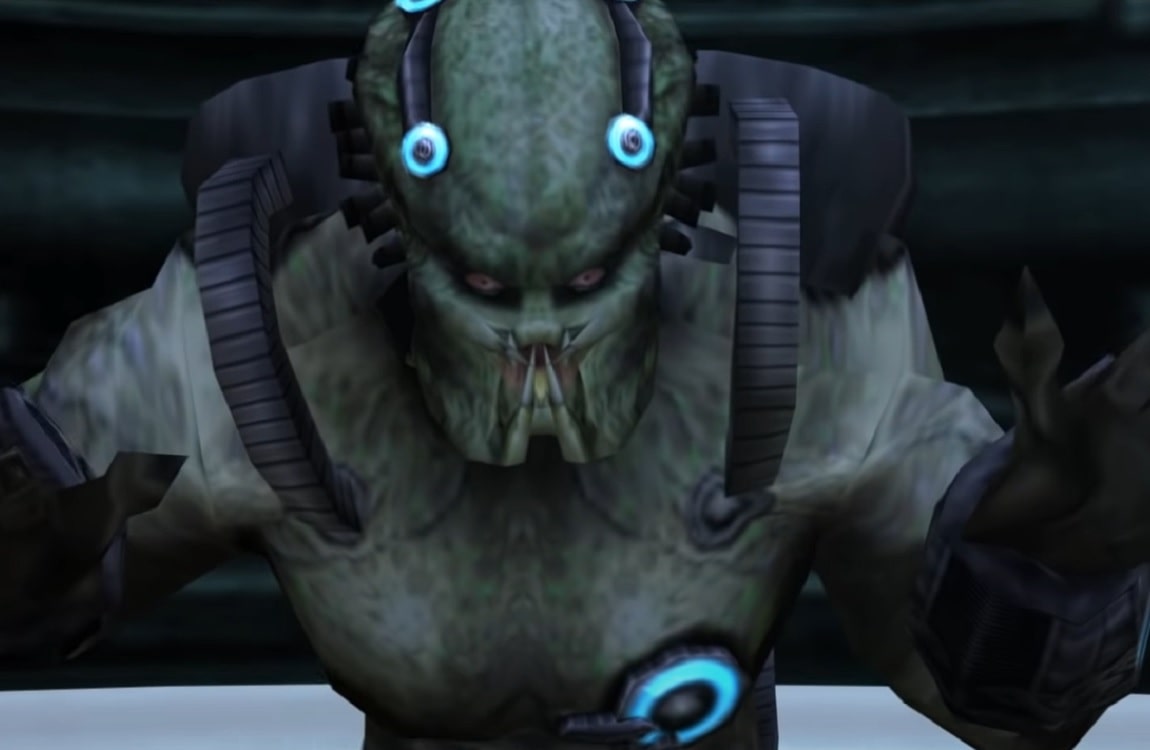 Stone Heart was one of the biggest Predators ever and a member of the Dark Blade clan. He was captured by the Borgia Industries alongside his clanmates Long Spear and Swift Knife. They were all brainwashed by the corporation and became bad blood Predators. Even though Stone Heart received several cybernetic enhancements to increase his strength, he was still hunted down and killed by Scarface and became part of his Predator trophy wall. Stone Heart and Scarface were both featured in the Predator: Concrete Jungle video game. 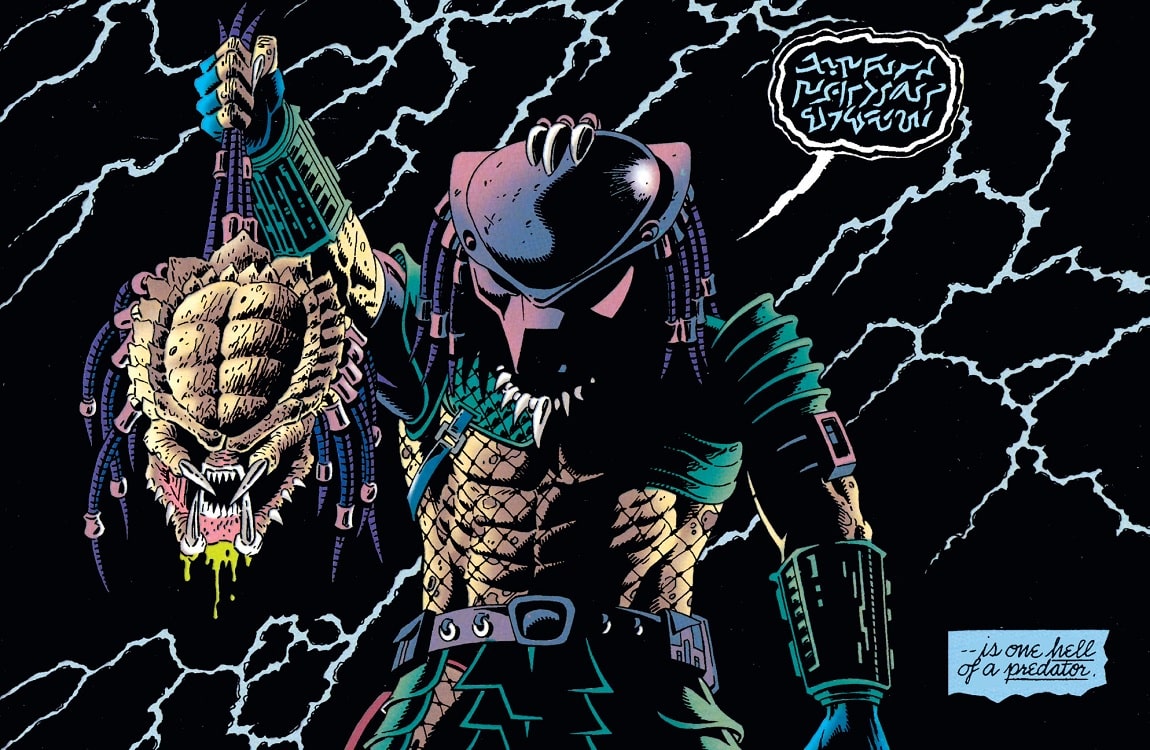 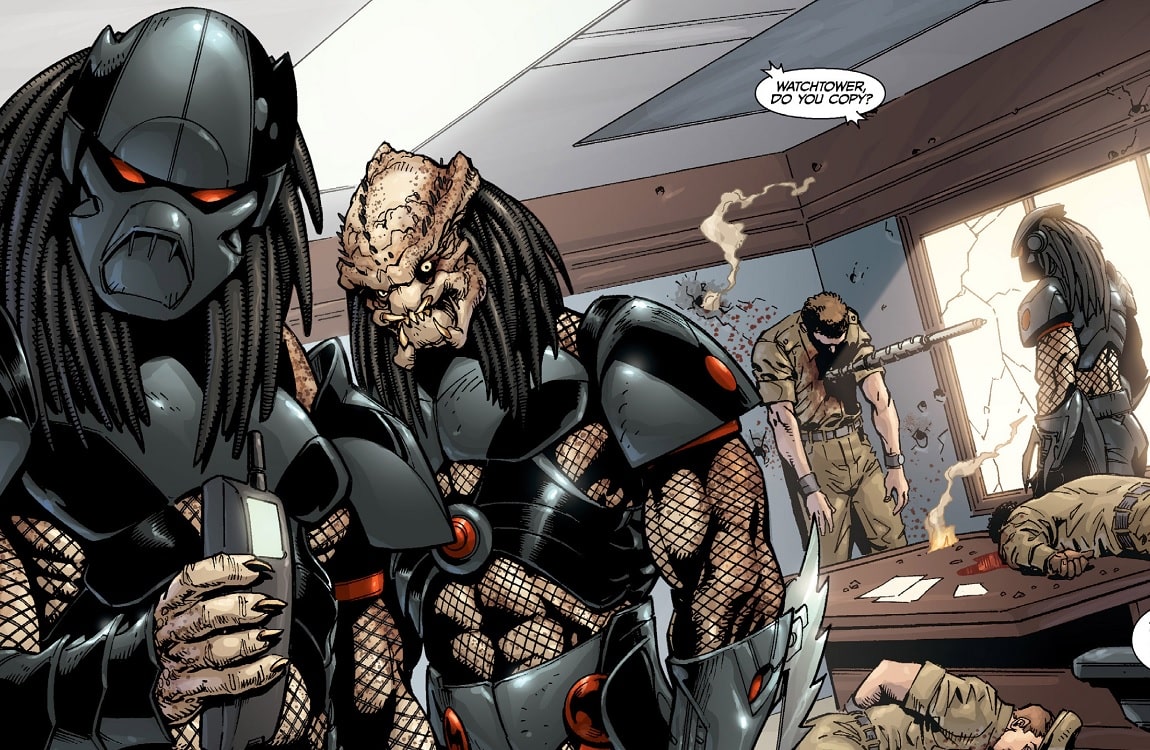 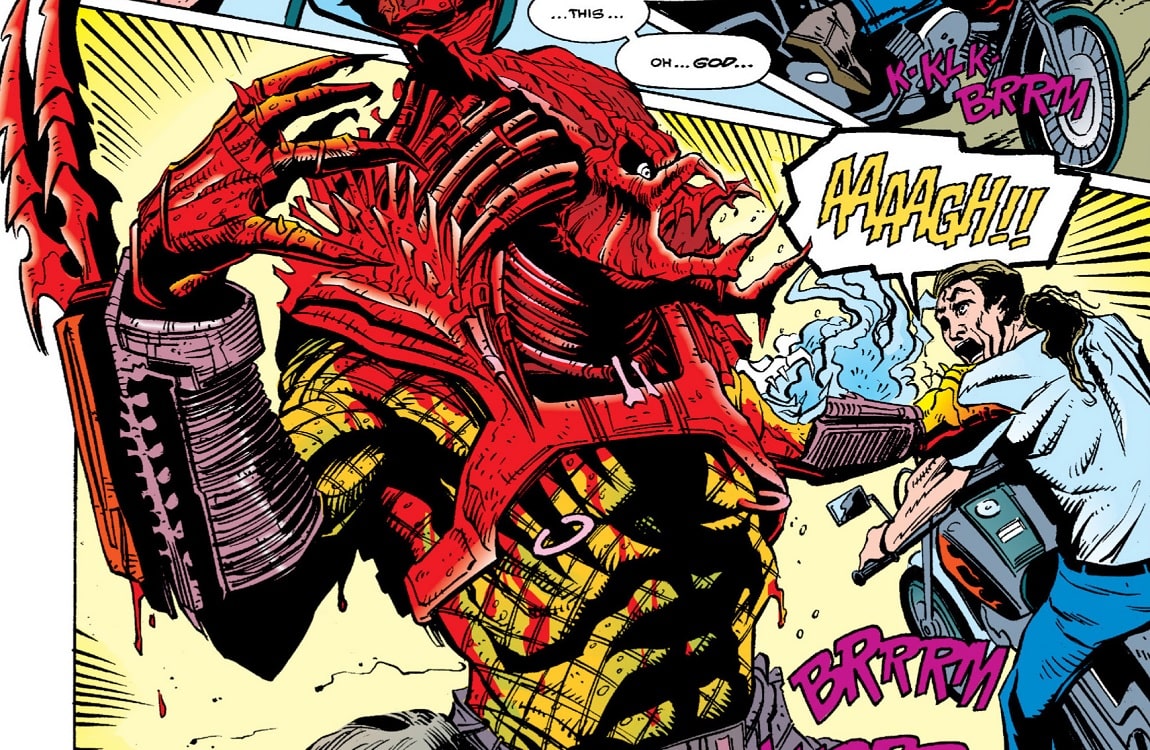 The Bad Blood Predator was the first known bad blood in the Predator lore and also the greatest one. He was a pure nutcase on a killing streak starting in space and ending in the Pine Barrens of New Jersey. Starting off, he killed a ship full of Predators and escaped to Earth. The Enforcer Predator sent to hunt him down failed and was killed in a duel. The Bad Blood Predator even destroyed several military choppers with relative ease. Finally, a group of CIA agents fought against him and only Mandy Graves was able to kill the bad blood, after being badly injured herself.