The Predators have been using different types of creatures to track and weaken their prey during the hunt. In the movies and comics, the Predators have used Yautja dogs, hell hounds and even a special breed of Xenomorphs to help them hunt. Here is an overview of these creatures. 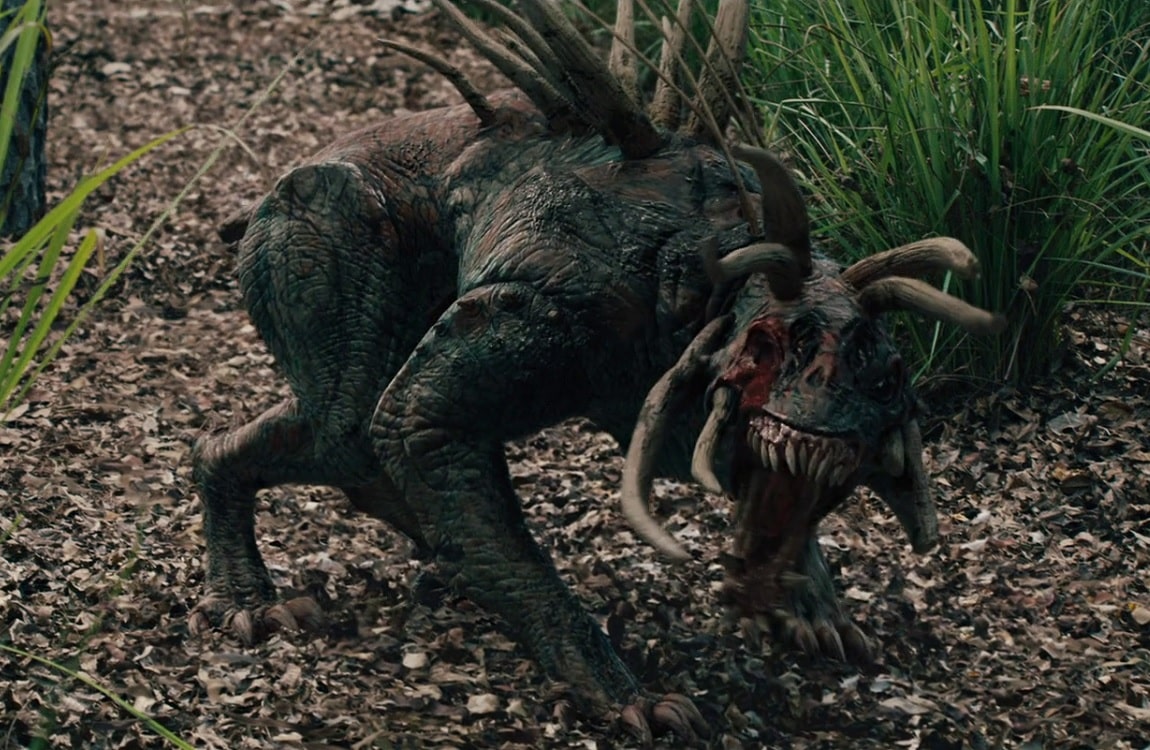 The hell hounds are used by Super Predators to track and injure their prey. The hell hounds are employed in mass and are mostly expendable. However, the Super Predators don't want the hounds to kill their prey as they want to take their trophies themselves. The hounds have red blood and spikes on their backs. They can take a lot of punishment, even briefly survive under minigun fire. It is unknown if they originate from Yautja Prime but it is more likely that their home planet is somewhere else as they share no common traits with Predators. They appeared in the movie Predators and were released lased by the Tracker Predator, one of the 3 Predators from the movie. 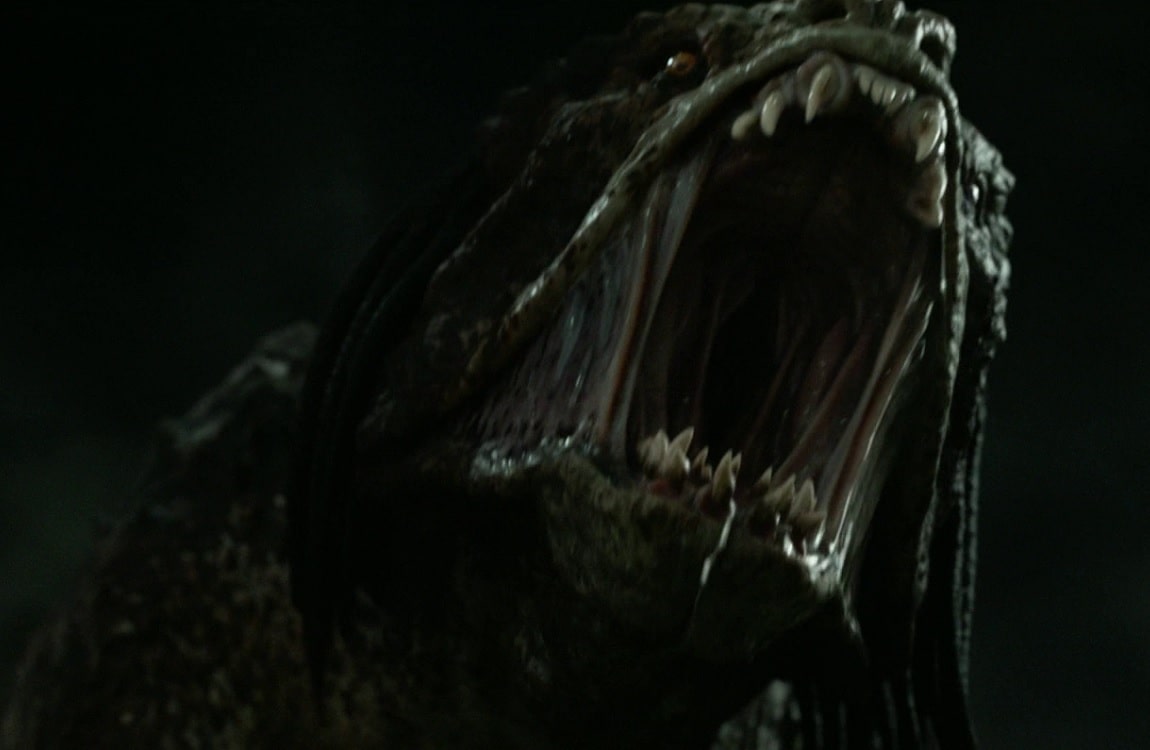 The Predator dogs are employed by the Upgrade Predators and share more common traits with the Yautja than the hell hounds. For example, they have green blood and dreadlocks. They most likely originate from Yautja Prime. The Predator dogs are not employed in mass and usually work in pairs. They also share some similarities with Earth dogs by becoming playful, chasing and eating ball-shaped objects. One of the two Predator dogs from The Predator movie received brain damage, became friendly with humans and abandoned his master. He even survived the movie and possibly made Earth his new home. Although lacking in intelligence, they are great trackers and can follow their prey through rough territory for long distances. 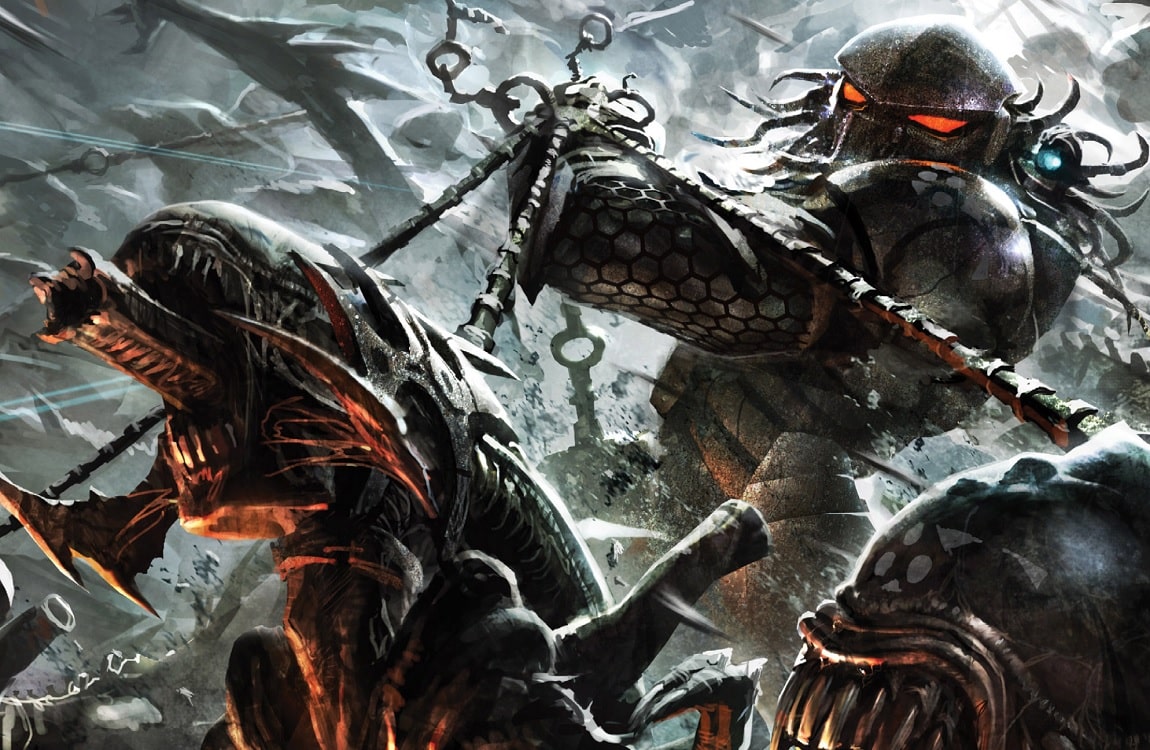 The Killer Yautja bad blood clan used a special variant of Xenomorphs as attack hounds to attack their enemies on different planets. These Xenomorphs had tusks and a more reddish skin than regular Aliens. The Xenomorphs were chained up and employed by their captor Predators en masse against human colonists and Colonial Marines. The Xenomorphs had no loyalty for their captors and obeyed them due to circumstance. The tusked Xenomorphs appeared in the Aliens vs. Predator: Three World War comic and famous badass Machiko Noguchi battled against them. The Ryushi Queen accepted the tusked Xenomorphs as their own after they were freed from their Predator masters.

Want to know more about Predators? Check out the list about the most Badass Predators, the different Predator Types and variations of the Predator Spaceships.