Hey, I'm Janno, and I was born in Estonia, Tallinn more than 30 years ago. I've been interested in computers, video gaming and the web since I can remember. I have also been an Alien fan since 1999, when I first played Aliens vs. Predator Classic on the PC and watched Aliens on VHS. I made my first Alien website in 2001 but stopped working on it in about 2004 for various reasons. Since then I have worked as a professional programmer both with a backend and frontend focus. Now I have decided to get back to it and combine my skills and knowledge as a web developer and Alien enthusiast for this site. More recently, AvP Central merged together with Predatorstuff.com in the middle of 2022.

Aliens, Predator, Aliens Versus Predator, AvP and their associated logos are trademarks of Twentieth Century Fox Film Corporation. All other copyrights and trademarks are the property of their respective owners. Alien vs. Predator Central is a fansite dedicated to the Alien and Predator series which offers weekly articles relating to the movies, games, and books.

Alien vs. Predator Central is a participant in the Amazon Services LLC Associates Program, an affiliate advertising program designed to provide a means for sites to earn advertising fees by advertising and linking to amazon.com, amazon.co.uk, amazon.ca, amazon.es, amazon.it, amazon.fr or amazon.de based on the visitors location.


Links to Alien vs. Predator sites 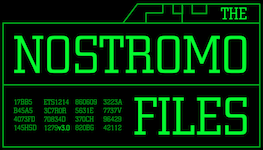