The Predator has crossed over with several other comic book characters, including Batman, Superman, Tarzan, Judge Dredd, and even Archie. Although the Yautja have enjoyed hunting these superheroes, they have mostly come out as losers in the end. Find out which are the best Predator crossover comics. 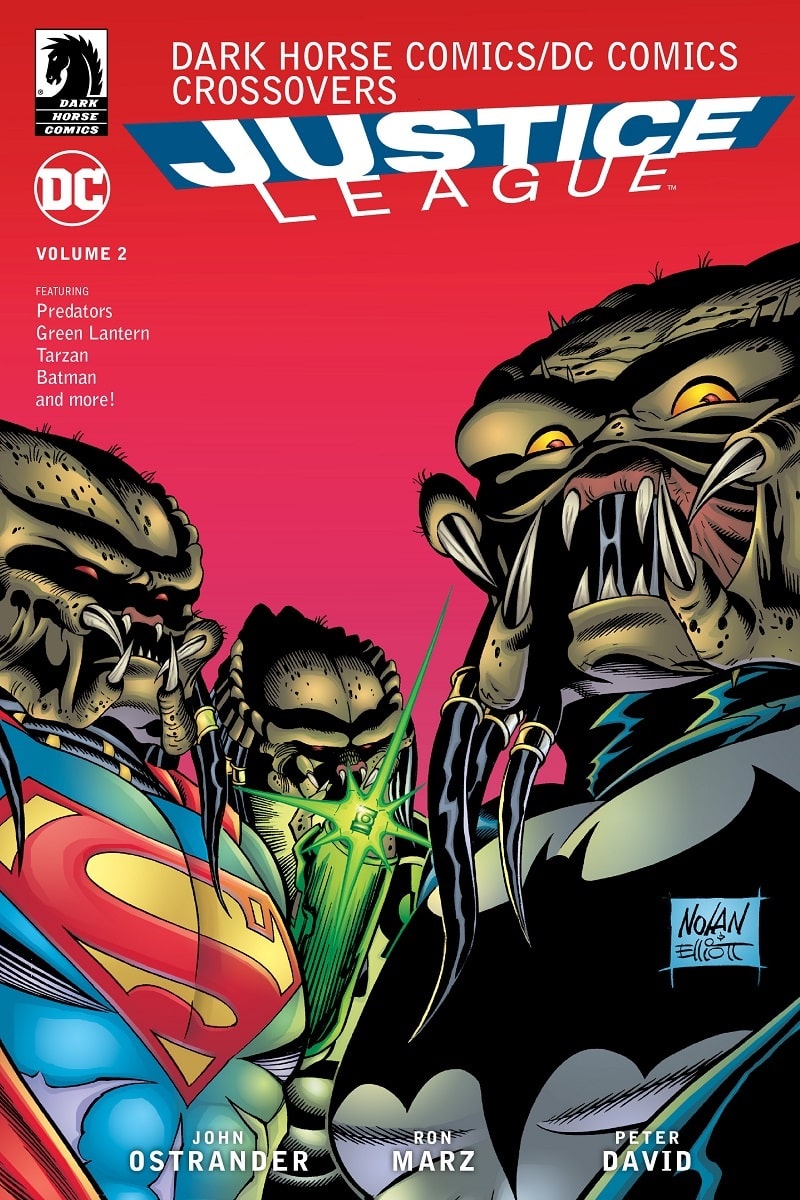 JLA vs. Predator is one of the weirdest crossovers in the list and is not that great. The story involves a group of meta-Predators coming to Earth and using the powers of the Justice League members. This means there is a Predator version of Plastic Man and Flash. Their special powers are explained by a group of rogue scientists experimenting on the Yautja species. As always, the Predators are defeated. This one-shot comic does make for a memorable cover, with the Predators standing in JLA costumes. 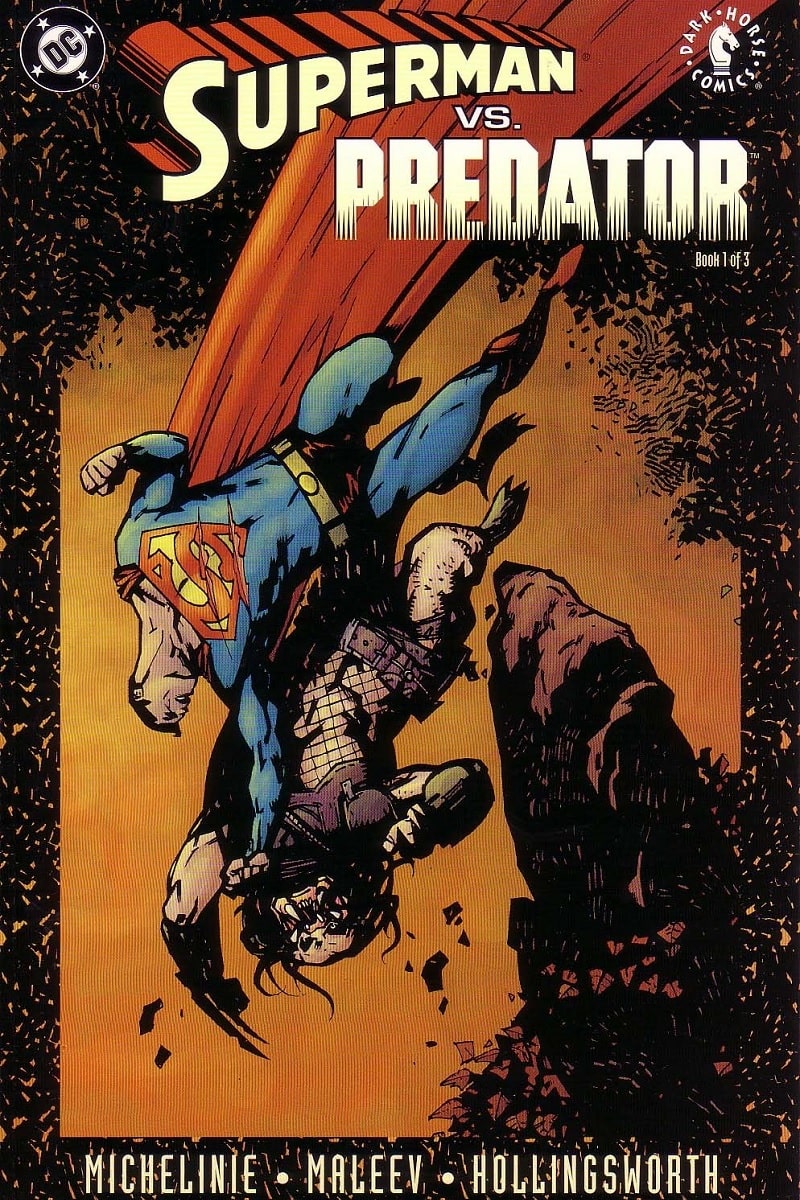 Like several other Superman stories, Superman vs. Predator makes Superman weaker to be a better match for his adversary. In this three-issue comic, the Predator ship has a field which drains Superman's powers. While the Predator battled groups of mercenaries, the Man of Steel spent most of the comic feeling ill. When Batman vs. Predator felt natural, this matchup does not and the story ends up being rather lackluster. The colorful artwork fits Superman better than Predator. Superman met Predator again in the Superman and Batman vs. Aliens and Predator crossover comic, one of the many DC vs. Dark Horse crossover events. 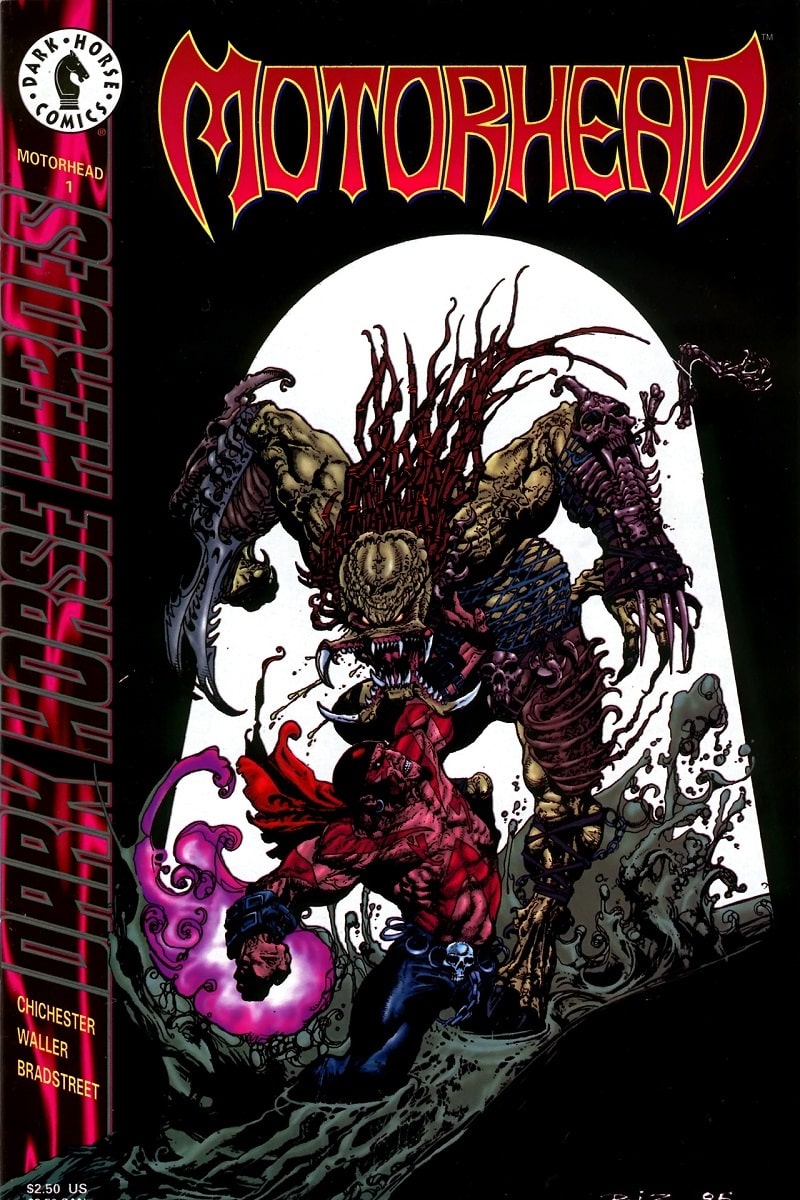 7. Aliens vs. Predator vs. Terminator 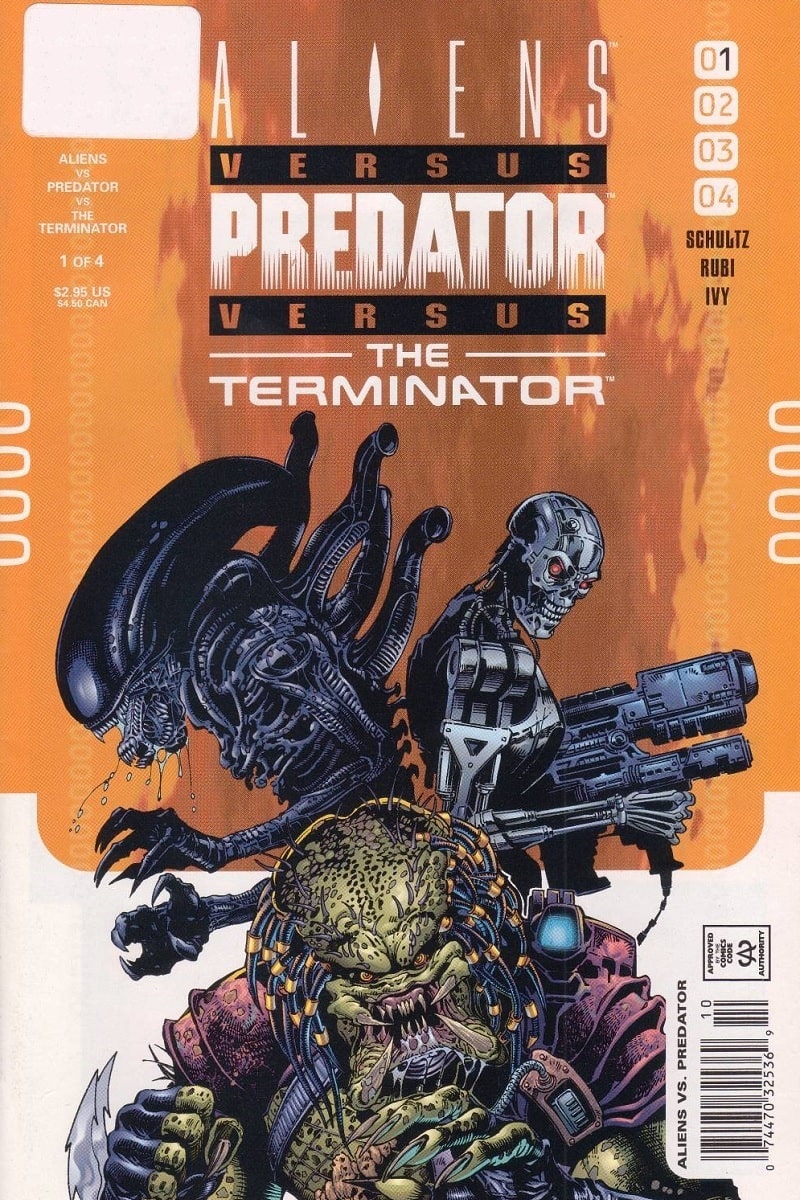 Alien vs. Predator vs. Terminator is a 4 part comic series that finally brought the 3 franchises together. While most of the Terminator stories involve traveling to the past, this crazy series takes place centuries in the future. It even involves Ripley 8 and Call from Alien Resurrection, one of the few Expanded Universe stories to do so. There are insane things like a Terminator-Alien hybrid, supersoldiers, and Crypto-Terminators. You have to read it to believe it. 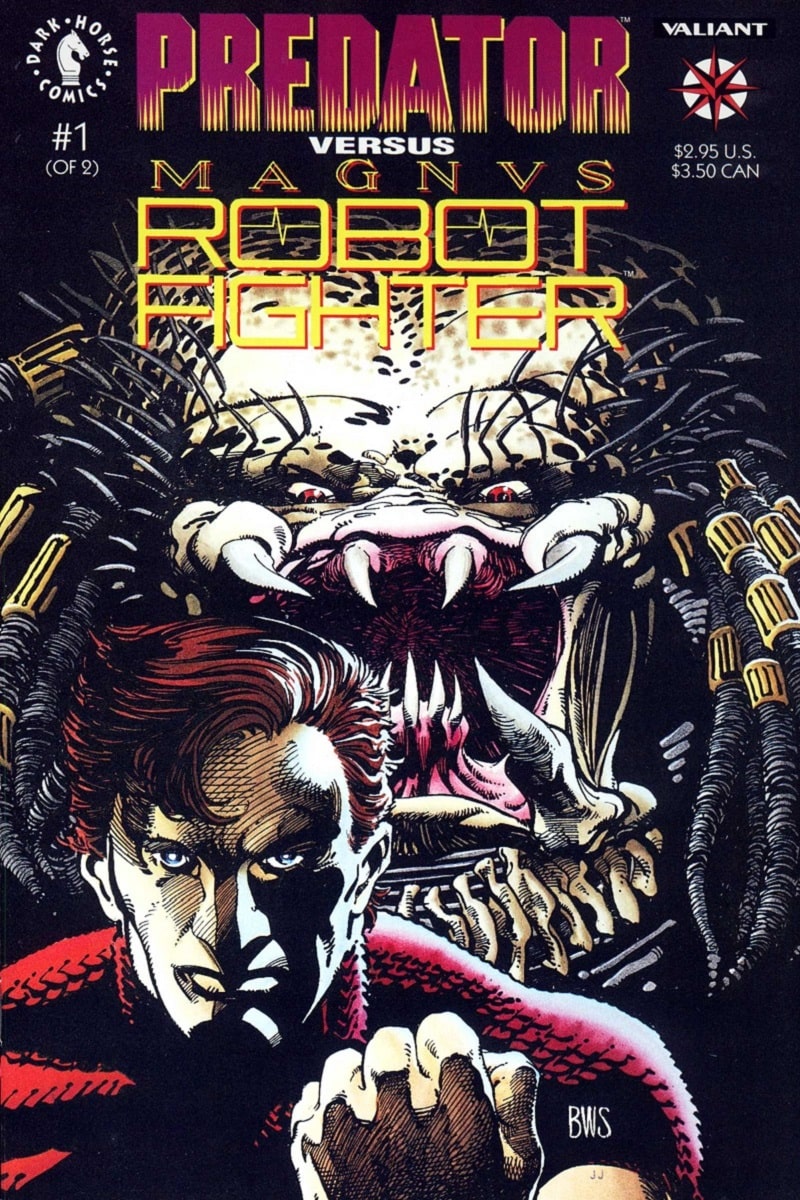 Predator vs. Magnus, Robot Fighter was one of the first Predator crossover comics, being released soon after Batman vs. Predator in 1992. It is a two-issue limited series with a single Predator stalking a Mega-City called North Am in the year of 4001. The Predator was after a prized trophy - the X-O Manowar helmet which was in possession of Magnus. The comic offers a unique sci-fi setting, similarly with Predator vs. Judge Dredd. The Predator versus Magnus, Robot Fighter trade paperback was released later with a great cover by Dave Dorman but it is very difficult to acquire. 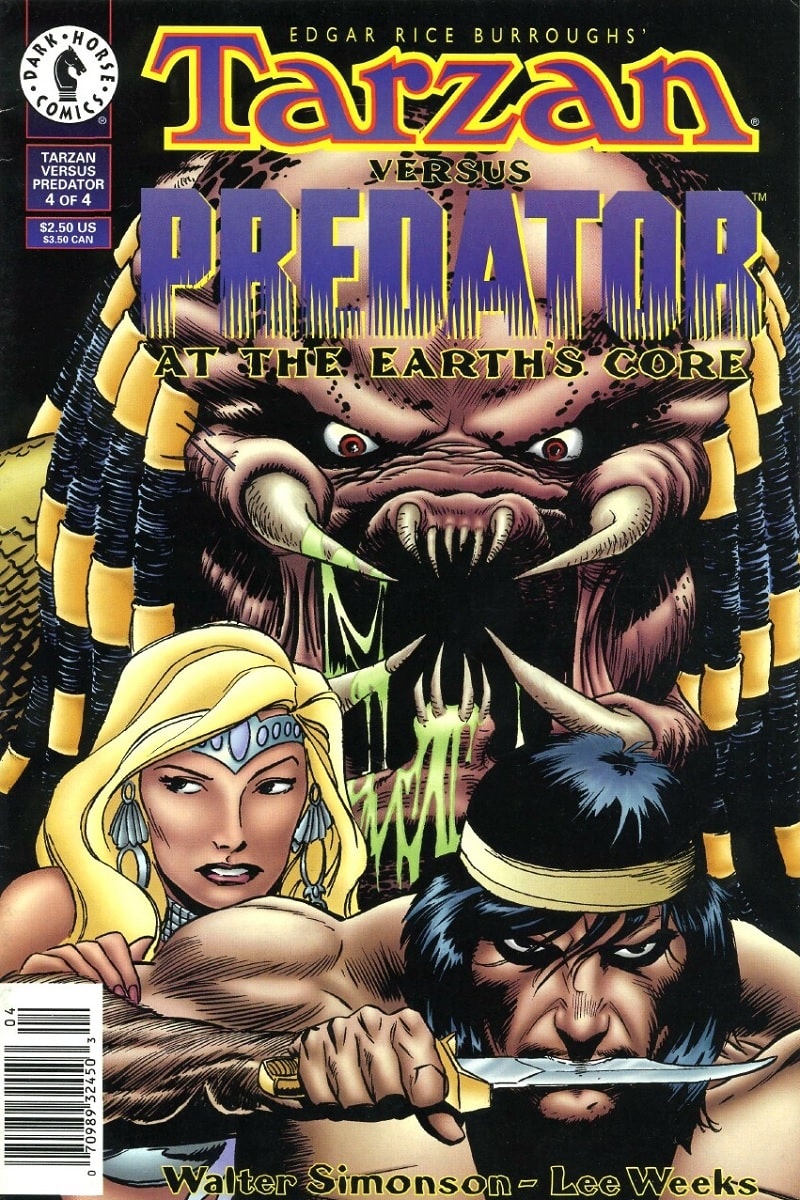 Tarzan and Predator are both natural jungle hunters so their crossover made perfect sense. The story takes place at the center of the Earth - in Pellucidar, a hollow Earth invented by Tarzan's creator Edgar Rice Burroughs. A group of Predators started to hunt the beasts and warriors of the strange jungle world. Tarzan was called in by his friend David Innes and turned the tables on the Predators. The story would have perhaps worked better if a single Predator was involved like it seems on the great looking covers. 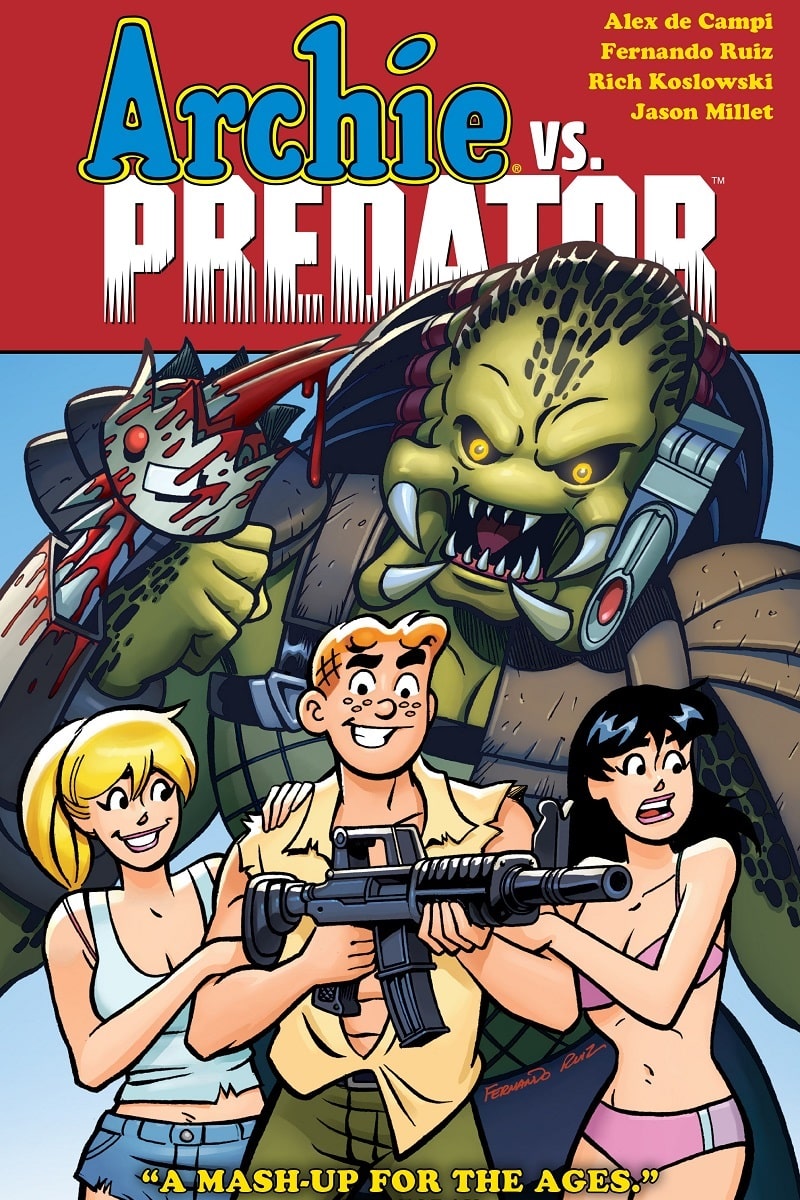 Like JLA vs. Predator, Archie vs. Predator is one of the weirdest Predator crossovers (or crossover comics in general) but surprisingly one of the most fun ones. The Predator hunted down Archie and his gang initially in Costa Rica during the Spring Break, and later in Riverdale, their hometown. The comic involved a surprising amount of casualties, gore, and a great twist ending. The initial series received a sequel that was perhaps too heavily influenced by the latest The Predator movie, with the Fugitive Predator designs and Predator dogs being involved. 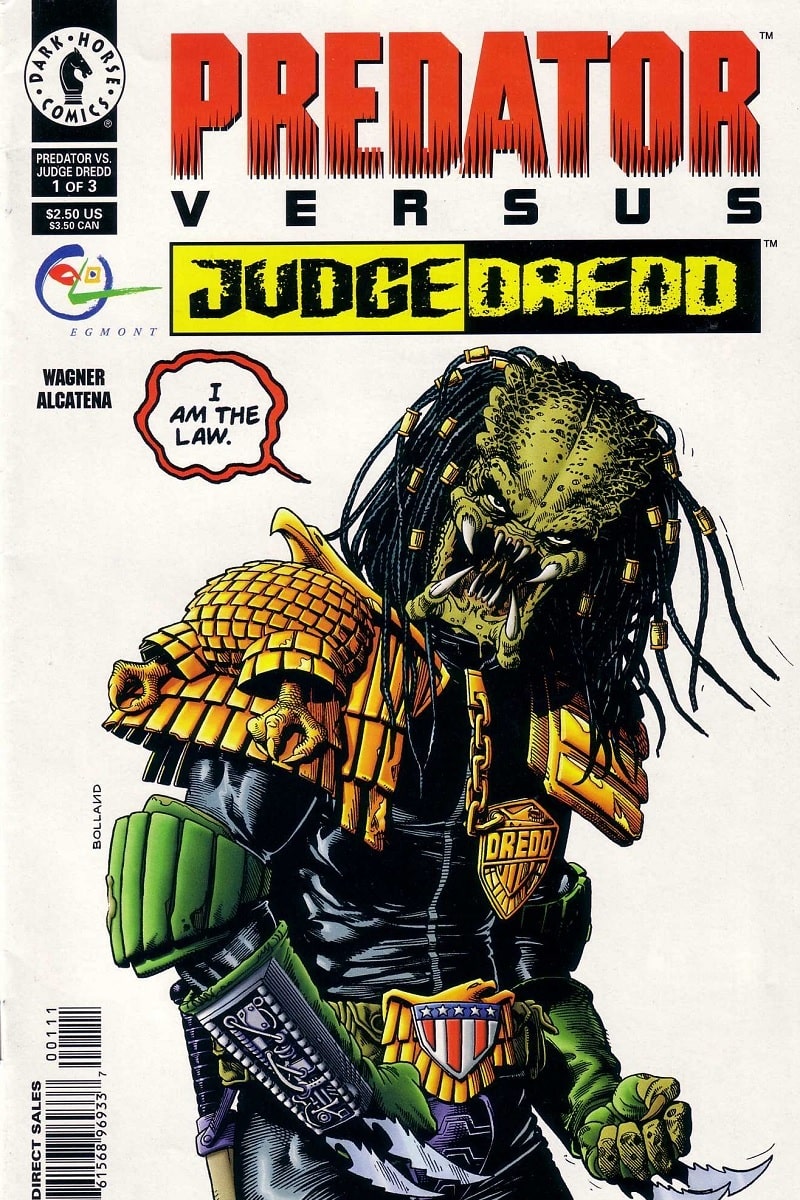 Judge Dredd and Mega-City One was a good match for the Predator. The interstellar big game hunter came to the city for a few days to kill. After taking down several citizens, criminals and judges, he came face to face with Judge Dredd. The end fight is quite vicious and Dredd is almost killed himself. The story even involves a descendant of Alan Schaefer - Judge Schaefer who helps Dredd with taking down the Predator. This is definitely one of the better Predator crossovers with great artwork from Enrique Alcatena and writing from John Wagner, one of the creators of Judge Dredd himself. 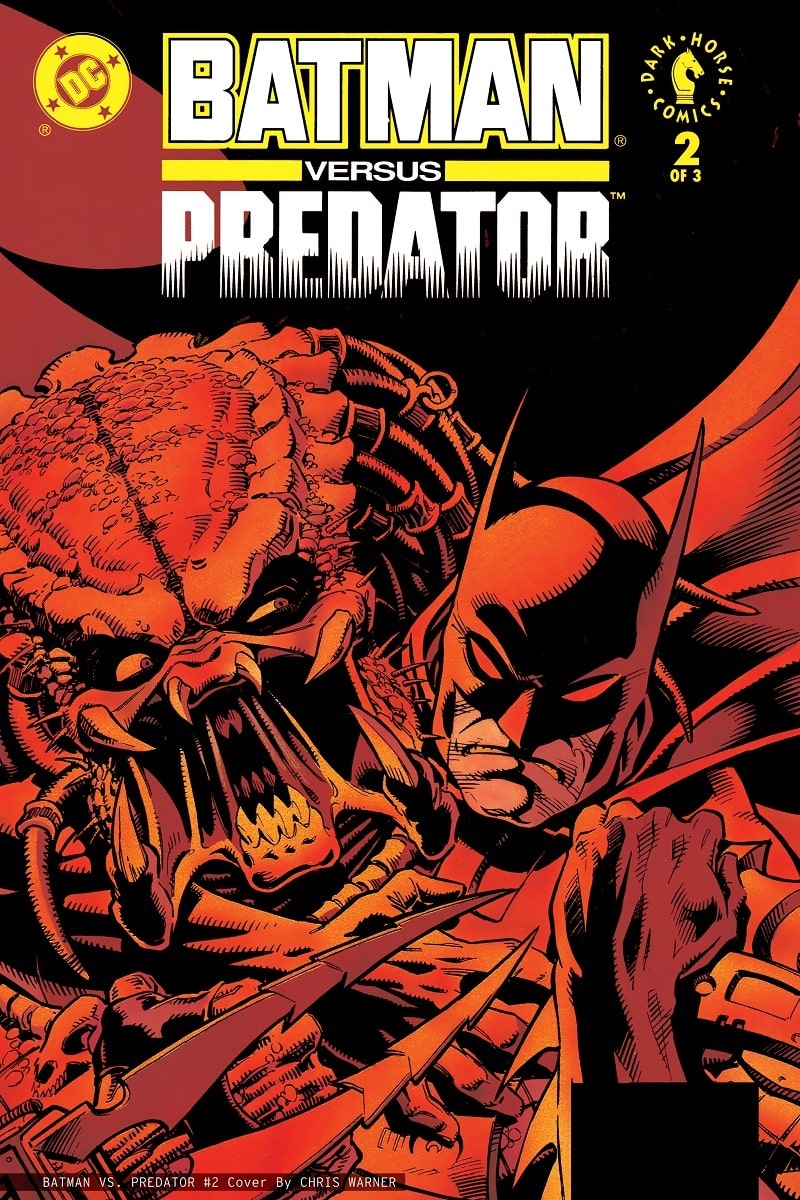 Batman vs. Predator tells the story of Predators coming to hunt in Gotham City and Batman using all of his might to defeat them. First, he used his detective skills to figure out what exactly he is dealing with. Later, Batman came close to being beaten to a pulp but manages to make a successful comeback with the help of power armor (similar that he used against Superman). This is one of the longest-running Predator comics, with 3 parts that are collected in a big omnibus edition. Batman and Superman actually fight Aliens and Predators in several more comic series with various qualities. 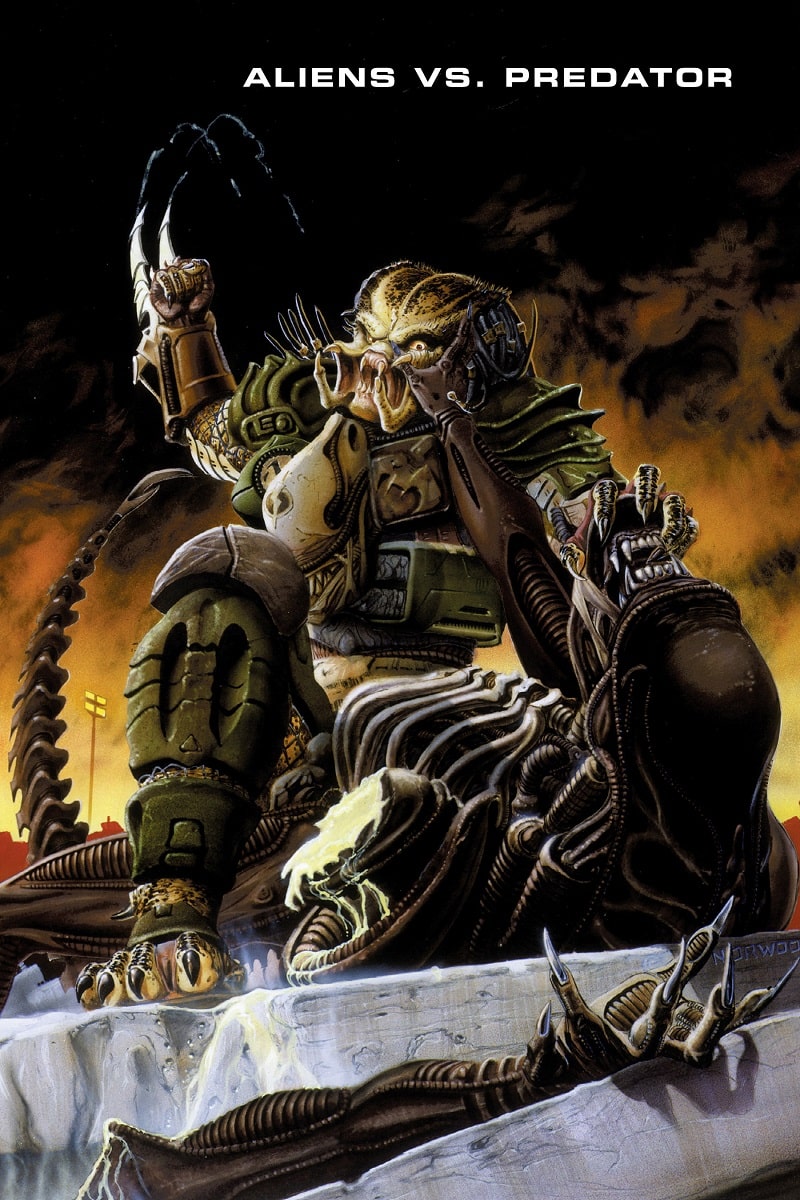 The first Aliens vs. Predator series is a bit more of a Predator story and was included in the top 10 Predator comics list. The comic was the first crossover comic for both species and an important start for a new series. For the Alien series, it introduces some interesting concepts like a captured Queen laying eggs for the Predators and Xenomorphs being born from other species (the rhynth). The artwork is decent and the main characters - Machiko Noguchi and Dachande are quite badass and easy to root for. The comic was also the basis of the first Alien vs. Predator movie.

Do you agree with the list? Let me know through social media. Want to know more about Predators? Check out the list about notable female Yautja and look over the different Predator Clans.