The Elder Predators are the respected leaders of the clans and tribes of the Yautja. They are long-lived Yautja who have experienced many hunts and lived to tell the tale. They often show up at the end of Predator stories to pay their respects to their fallen brethren. Here is a list of notable Predator Elders from the franchise, including Greyback, Nighstorm, and Lord Predator. 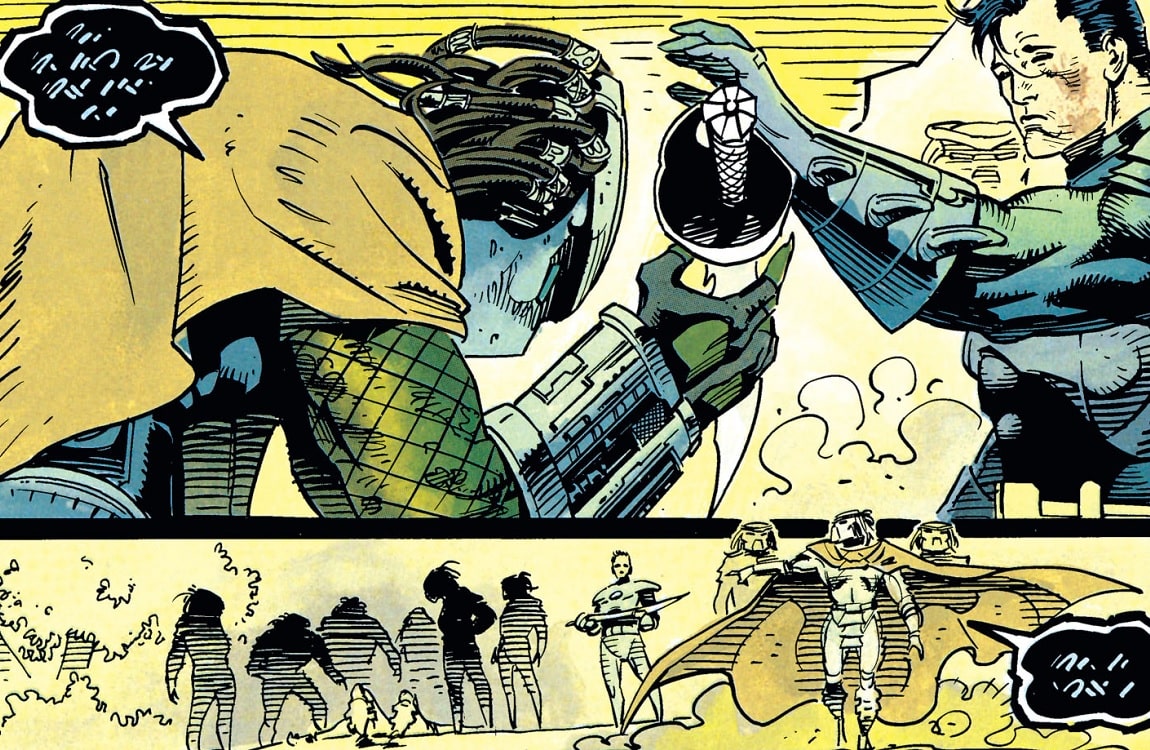 This elder came to Gotham City to end the fight between Batman and a Predator that had been raging for several weeks. Batman was the clear winner but he was famous for his "no killing" policy. The elder gave the defeated Predator a ceremonial sword for a self-execution. After the suicide, the elder pulled the sword out and gave it to Batman as a token for his victory. The Predators left on their spaceship and Batman ruminated that they would not return to the city again. However, the Dark Night had two more run-ins with different Predators in Gotham City later. The Gotham City elder is distinguishable by his cape which was canonized by the Alien vs. Predator movie years later. 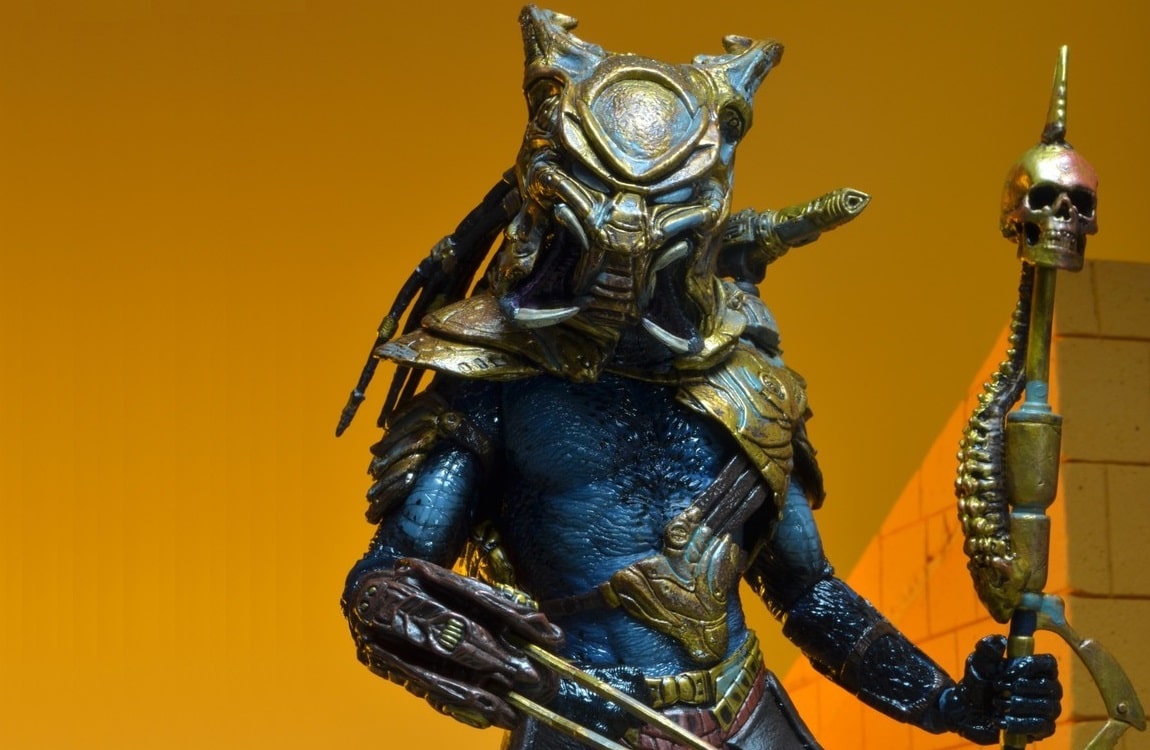 NECA released the Nightstorm Predator figure part of their series 10 Predator line. Like several other NECA figures, he was inspired by Kenner toys released in the 90ties. NECA added a backstory that Nightstorm was an Elder Predator who lived 4000 years ago and hunted in ancient Egypt. Supposedly, he was the first Predator who disapproved of the Yautja honor code and became the first Super Predator. Nightstorm Predator came with golden armor and a horned bio-mask, making him one of the most distinct and great looking figures. 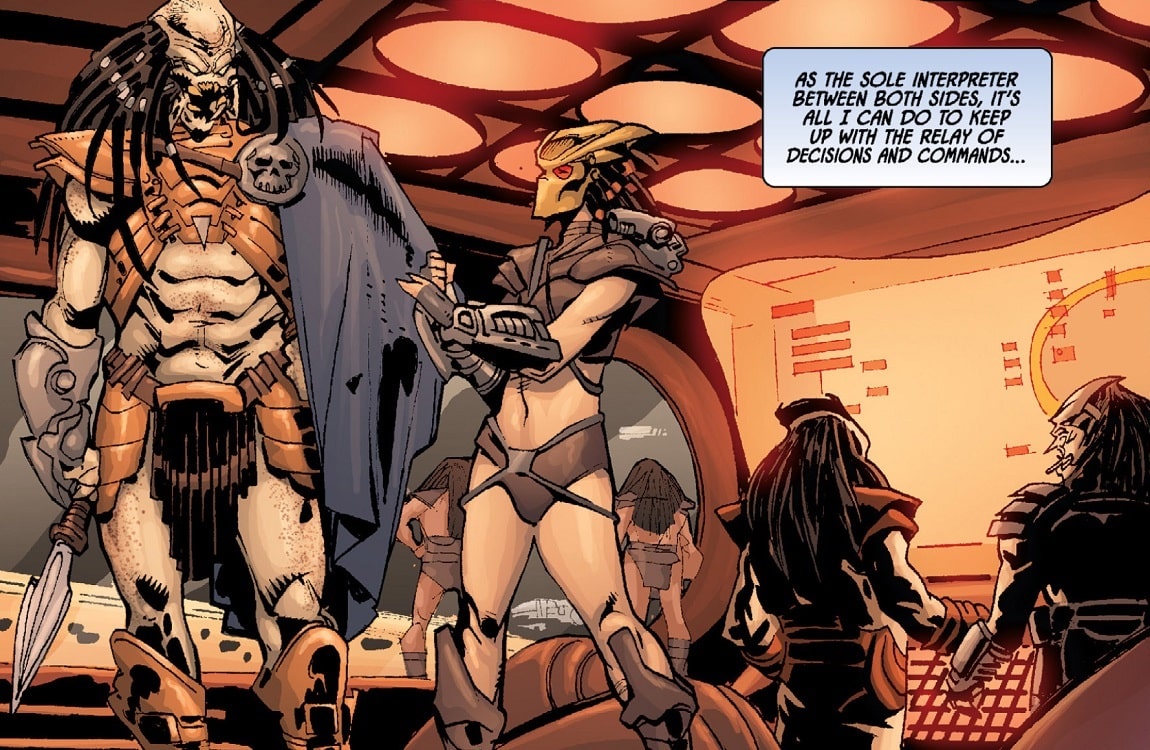 Captain Hunter was the nickname given to an Elder Predator by Machiko Noguchi in the Aliens vs. Predator: Three World War comic. The Elder was the leader of the traditional hunters who battled against the rival Killer Predators clan, a group of bad-blood Predators who did not follow the Yautja code. To defeat the Killer Predators, Machiko joined forces with the Colonial Marines and the Predators related to her old hunting party. Together they defeated the Killer Predators. The elder wore a cape on one shoulder and used bronze armor. He also joined the fighting against the rival Predators and Xenomorphs. His final act in the comic was to remove the blooded mark on the forehead of Machiko Noguchi. This was in response to her joining back with humanity after leaving the Predators. 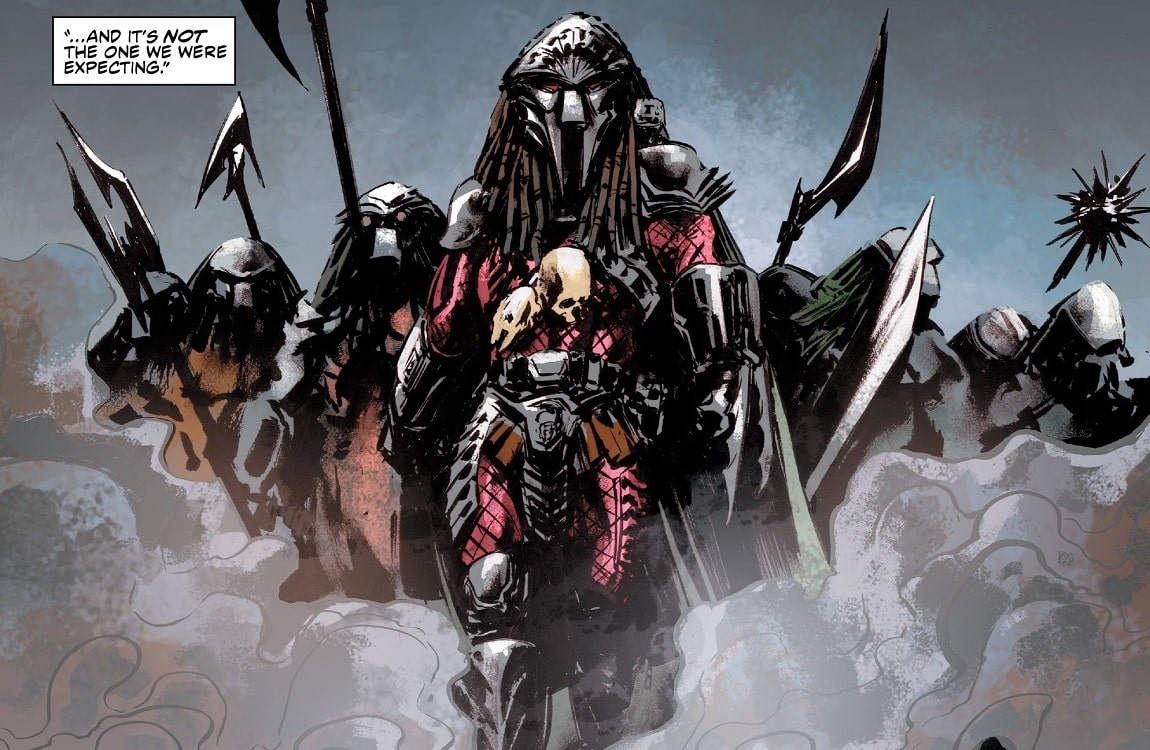 The Tartarus clan elder was an old Predator leading a Predator hunting party on LV-797 (named Tartarus). They were drawn to the fighting that took place between Predator Ahab, a squad of Colonial Marines from the USS Hasdrubal and a swarm of Xenomorphs. Sensing a great challenge, the Predators joined in the fight against the Xenomorph. The Tartarus elder had a tall figure, a large elongated mask, and a green cape. While many Predators died in the subsequent fighting on LV-797, the elder managed to survive the slaughter by killing scores of Xenomorphs. He is one of the few elders we ever see fighting in the franchise. The Tartarus clan appeared in the epic Life & Death comic series. 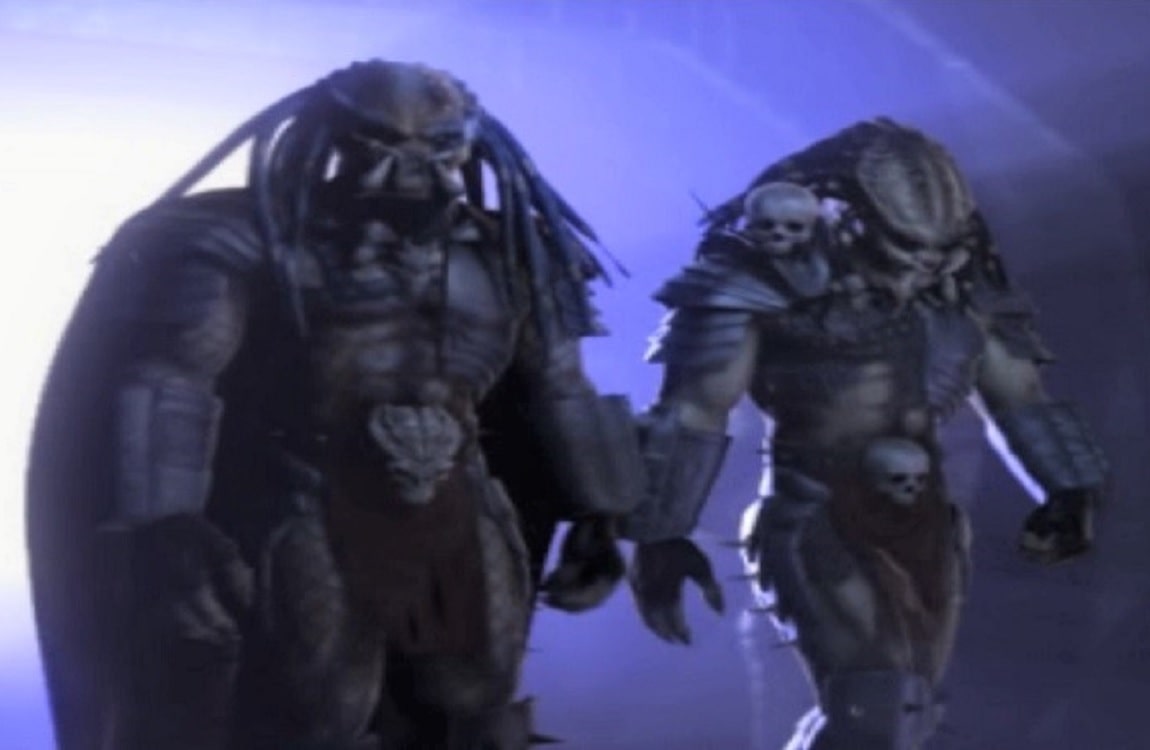 The Dark Blade Clan Elder was the leader of the clan that Scarface Predator was apart of in Predator: Concrete Jungle. When Scarface dishonored the clan in New Way City by detonating his ship's self-destruct device, the elder banished him on a hostile world. A century later, the elder returned to him and gave him a chance for redemption by hunting in Neonopolis (renamed from New Way City). The game was released shortly after the first Alien vs. Predator movie so the elder looks quite similar, having long dreadlocks and wearing a big red cape. The Dark Blade Clan Elder is great in his no-nonsense approach to things. 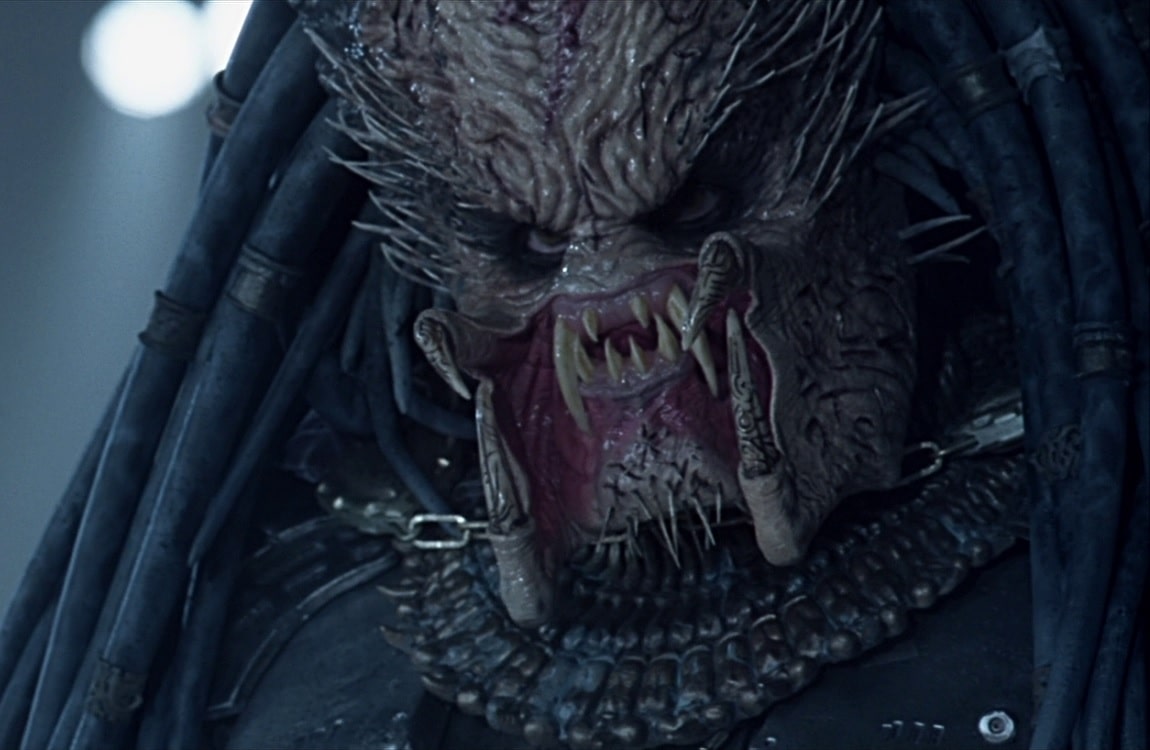 Besides the elder seen in Predator 2, the Antarctica elder from the end of Alien vs. Predator is the rare case we see them in the movies. Similarly to the end of the second movie, the elder pays his respects to a fallen Predator. He gave Alexa Woods a ceremonial dagger and left with the corpse of the Scar Predator. The Alien vs. Predator elder had a red cape and a great looking mask that unfortunately is never worn. We can assume that he was centuries old, if not a millennia. The elder's failure was not realizing that Scar Predator has a chestburster inside him and a Predalien was about to be born. 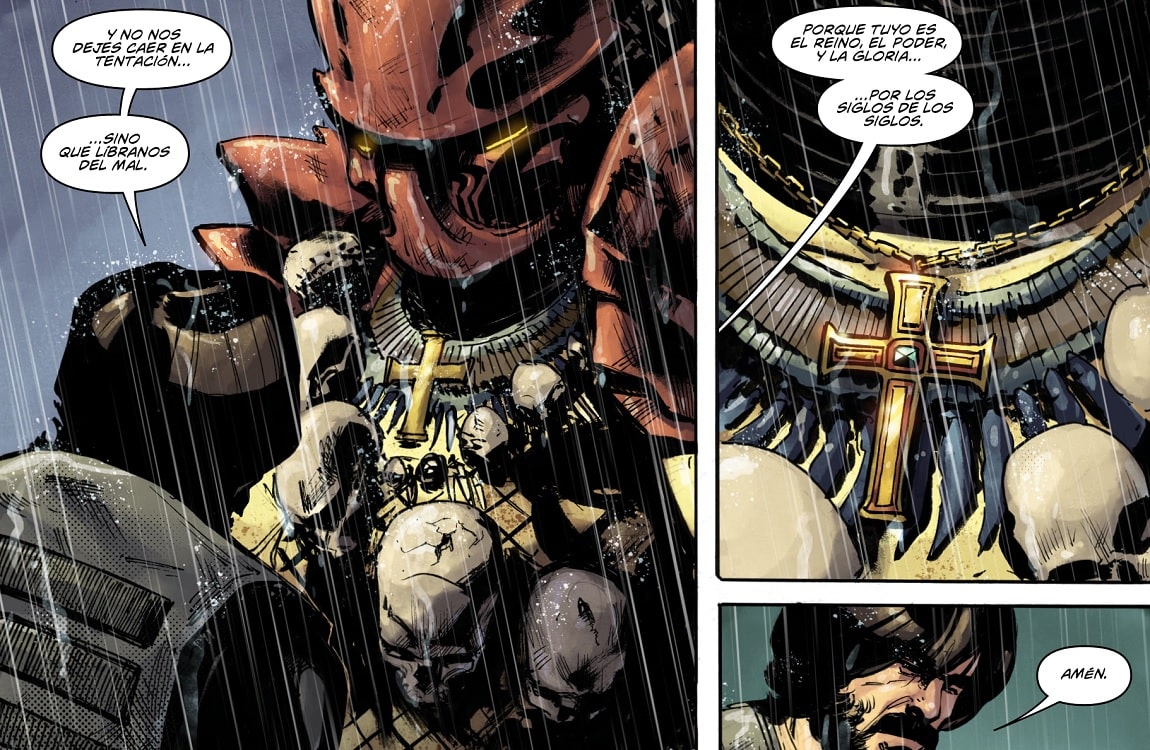 The Elder Predator from Predator: Hunters III was the last elder seen in Dark Horse comics, as the rights soon moved to Marvel, who produced their own line of comics. The leader of the Belize Clan arrived on a mothership on top of an ancient temple to witness the results of a Predator blood feud. A silver-masked Predator had fallen too far from the honor code and had been killed by a brown-masked Predator. This Elder Predator had a distinctive golden cross necklace, which was probably taken on one of his earlier hunts on Earth in South America. His hunting successes were also established by at least five human skulls attached to his chest. The Elder left together with his clan, while a lone human soldier witnessed their departure, ruminating that he had the same cross around his neck. 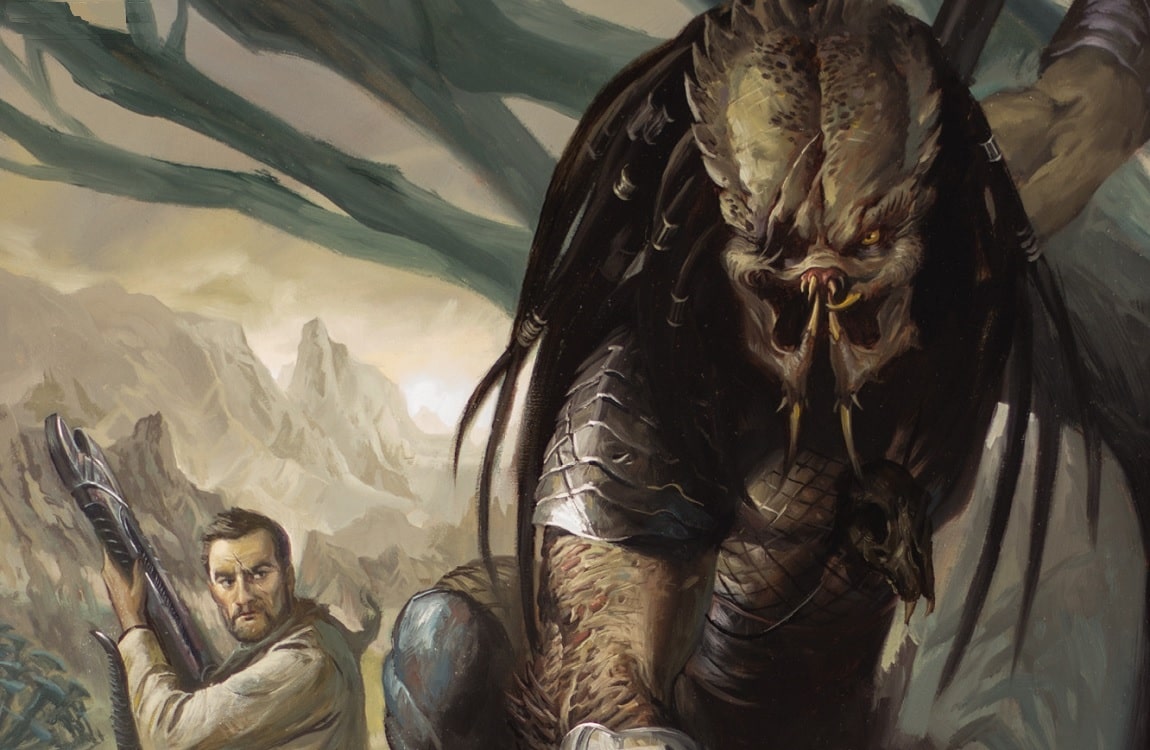 Ahab was one of the most successful Elder Predators ever and was still hunting very actively in his relatively old age. Ahab got stabbed in the eye on one of his earlier hunts, but somehow his eye almost completely healed between the two epic comic series he appeared in. His ultimate goal was to hunt and kill an Engineer, which he successfully did in the Fire and Stone series. This feat wasn't achieved alone, he had some help from a human named Galgo. In the sequel titled Life and Death, he encountered and fought two more Engineers a year later but did not kill either of them. Ahab also became the leader of the Tartarus clan after dispatching the Hornhead Predator in a duel. 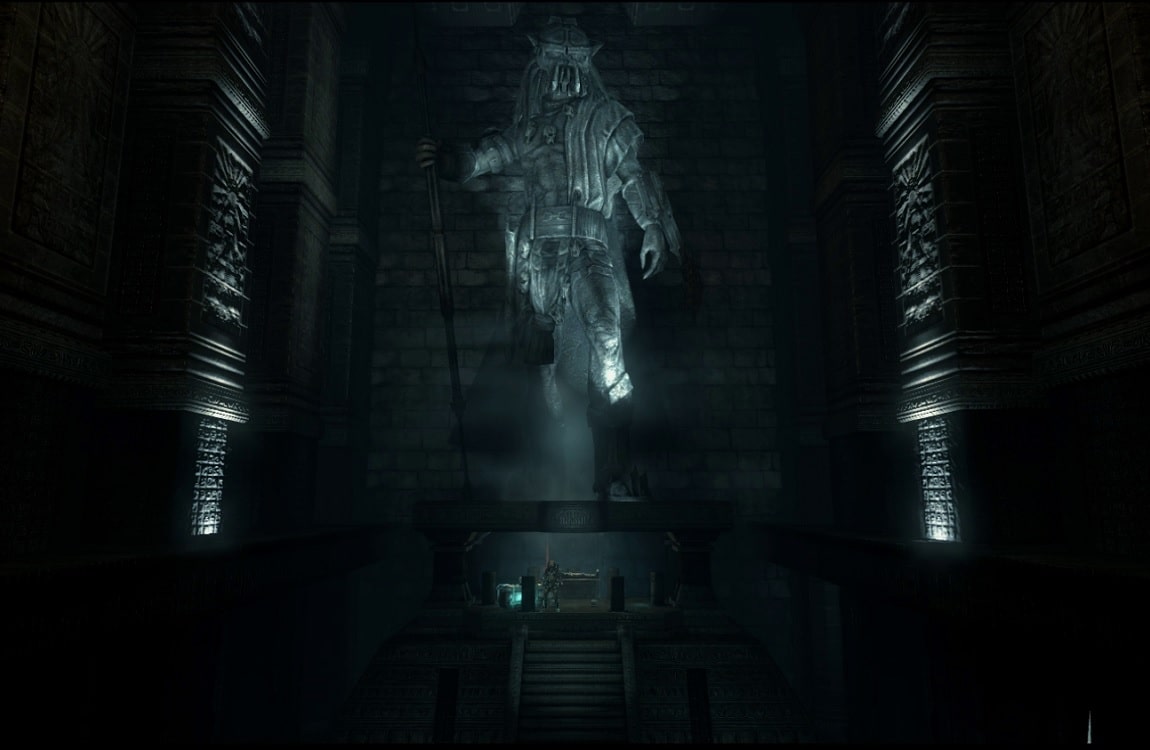 Lord was a legendary Elder Predator and supposedly the first Yautja to successfully hunt the Xenomorphs. He was buried in a tomb on BG-386 and several statues of Lord were build around the planet to honor him. Thousands of years later, the main protagonist of Aliens vs. Predator 2010 - Dark, obtained Lord's bio-mask and used it on his own hunt. The great-looking mask contained holograms of Lord's victory over the Xenomorphs. He is not shown directly in the game, the statues and holograms all we see of him. 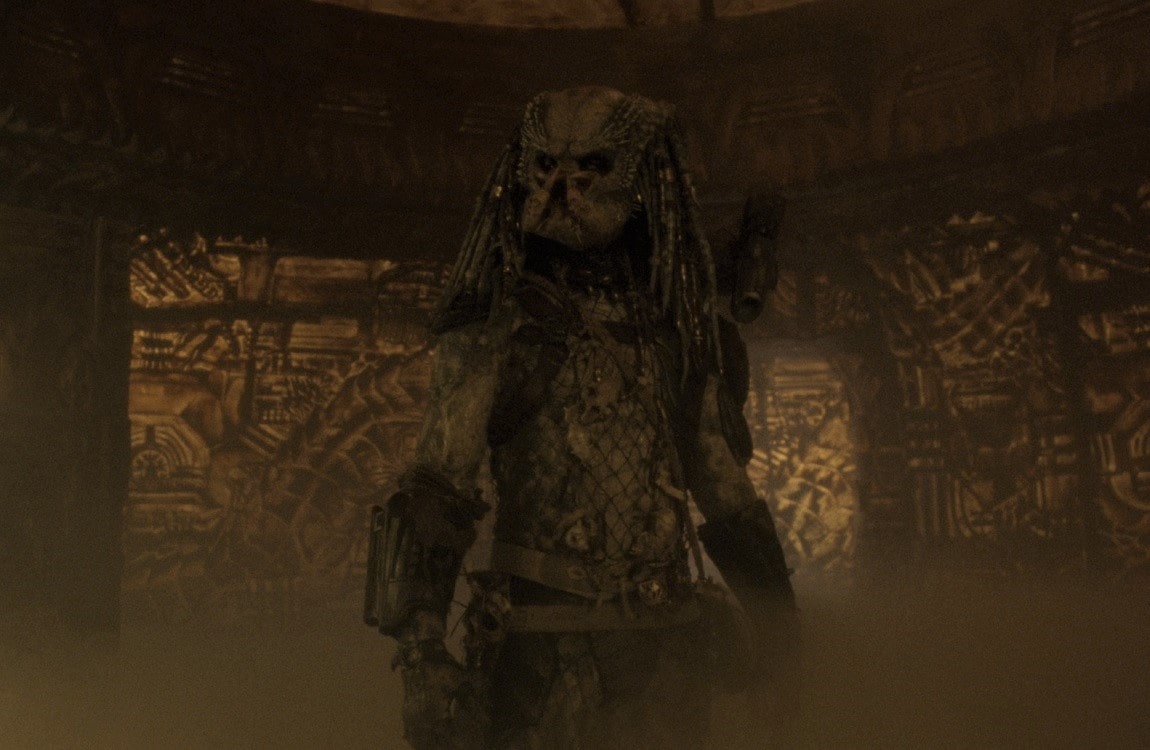 Greyback from Predator 2 is probably the most well known Predator Elder. He was the leader of the Los Angeles hunting party, also known as the Lost Tribe. Greyback was at least 300 years old and his younger years were depicted in the Predator: 1718 comic book. The comic explains how the young Predator obtained the flintlock pistol from captain Raphael Adolini while fighting pirates. The gun was later given to Mike Harrigan as a token for his victory over the City Hunter Predator. 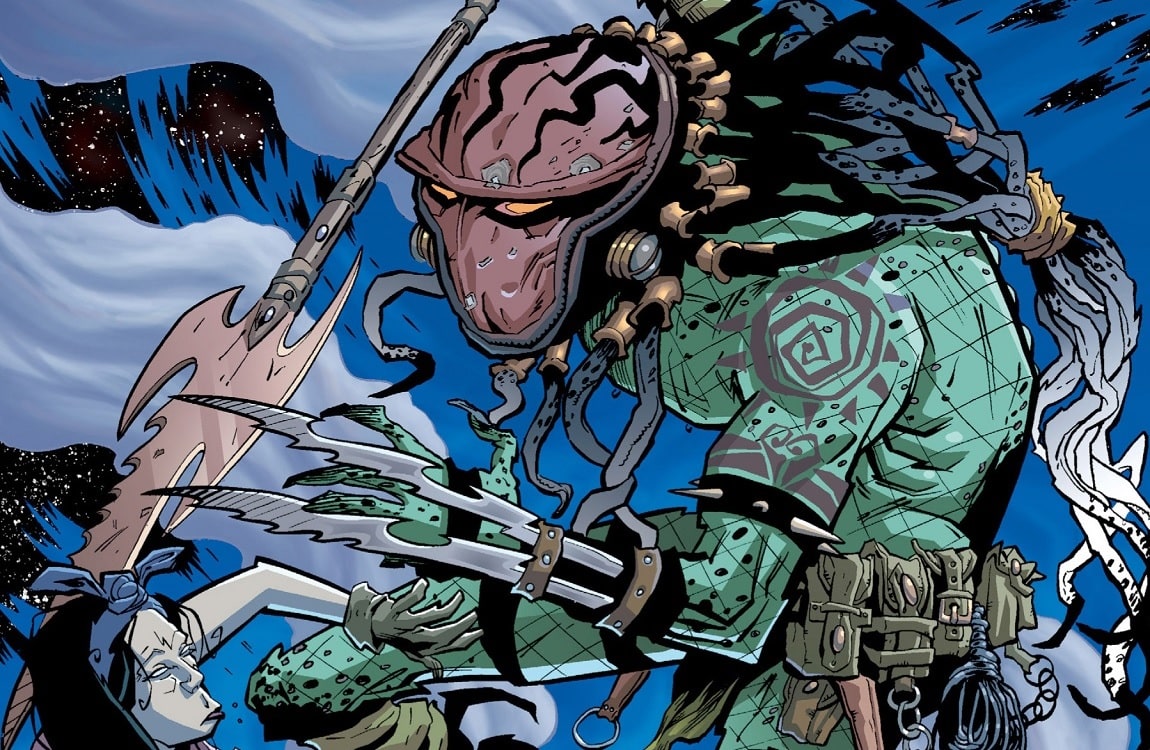 The Elder Predator from Predator: Homeworld had transcended his elder status and become more like an ancient Predator. It was speculated that he was more than a thousand years old. He was not leading any clans at that point but was living a quiet tribal life on Yautja Prime. When three young Predators went on a killing spree in Yellowstone park on Earth, the ancient elder went after them and hunted them down. Despite his age, he was able to dispatch the three bad-bloods in a bloody fight and survive. The ancient elder is an interesting viewpoint of what happens to a Predator in his older age. 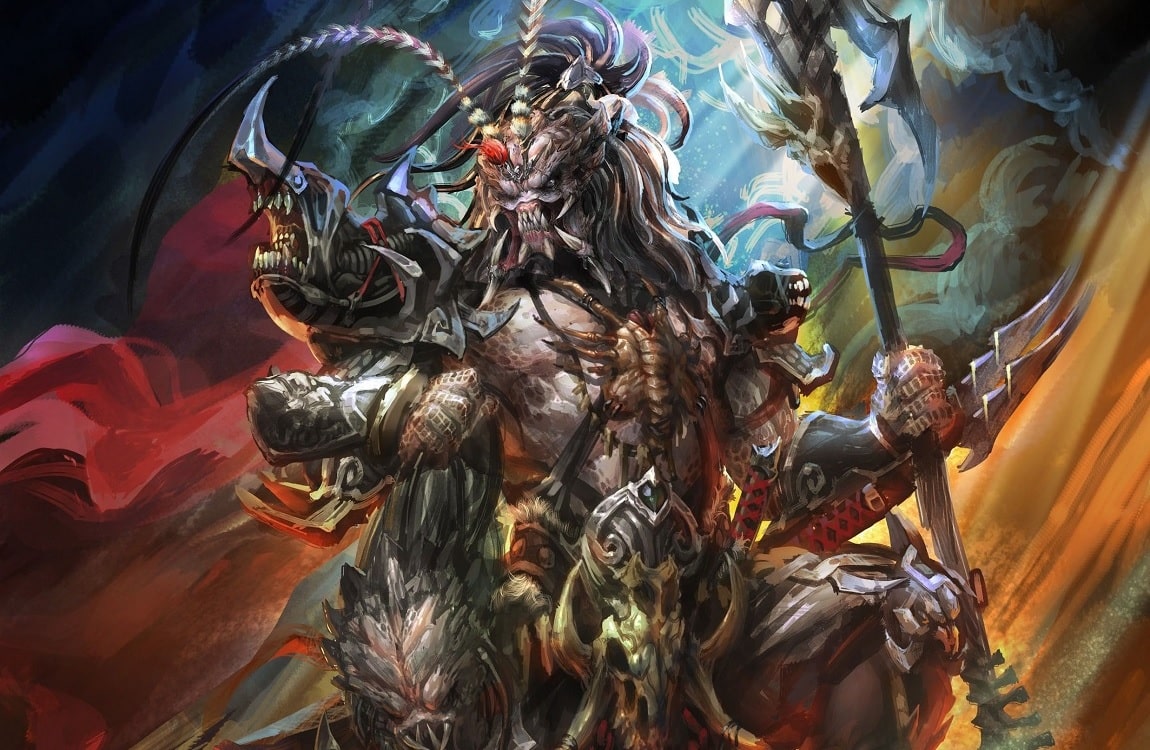 Kalakta was the oldest known Predator elder and the most powerful one as well. He was several millennia old and the leader of the entire Yautja population consisting of several clans. He can even be considered to be a Predator King. He lead his brethren in a fight against the Rage and Xenomorph invasion of the Yautja and human worlds, working together with humans as well. Kalakta was a character in the epic Rage War trilogy and we never really got to see him. Instead, here is a possible representation of Kalakta depicted as fan art.