The first evidence of Predators fighting and hunting engineers was on the Predator Scout Ship seen at the beginning of Aliens vs. Predator: Requiem. The enormous trophy wall included a head of a Space Jockey, among other trophies like dinosaurs and the Alien Queen. This was the time before Prometheus, when it wasn't yet revealed that Engineers were human-like species who wore Space Jockey suits. However, it can be theorized that this was only a mask, and Predators claiming a mask as a trophy is reasonable. Wolf Predator had his war room filled with masks, possibly of other defeated Predators.

Ahab Predator vs. Engineer on LV-223

Ahab was an elite Yautja who had for long dreamed of hunting an Engineer - it had become an obsession for him. Even his nickname Ahab refers to Captain Ahab from Moby Dick, who was obsessed with hunting the big white whale. Ahab got his chance on LV-223 (the planet from Prometheus) when a human mercenary named Galgo pointed out the presence of Engineers on the planet. Ahab joined forces with Galgo, landed on the planet on the ship called Perses, and encountered the Engineer while exploring the jungle. They had a brief stand-off at first, staring at each other as strange species.

The ensuing fight was not an easy one. The Engineer was stronger than Ahab and managed to break the Yautja's arm and leg. Ahab decided to retreat back the Perses, and the fight continued there. Galgo came to the rescue and impaled a harpoon in the Engineer's chest. Having not much effect, he also shot the Engineer with one of the Space Jockey rifles. After having recovered for a brief while, Ahab triggered his self destruct device and escaped the ship with Galgo. 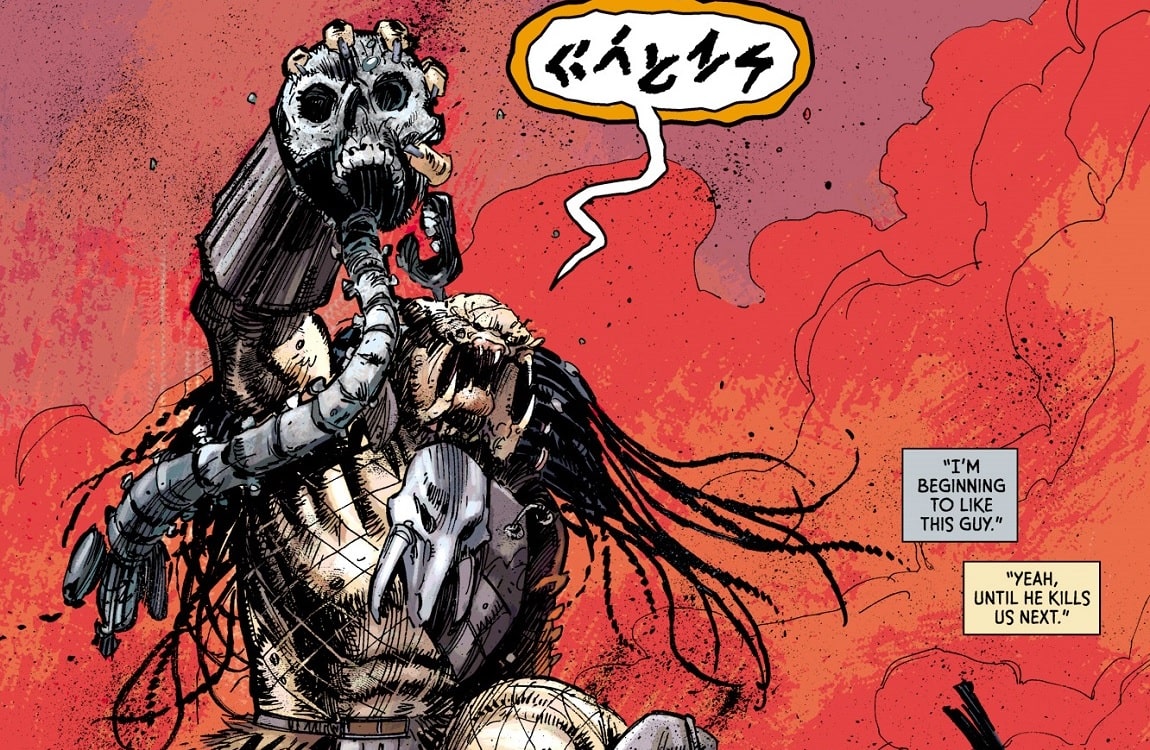 The explosion destroyed the ship and managed to kill the Engineer. Ahab began to search through the wreckage for a trophy of the Engineer. He managed to find the skull and spinal column which had conveniently survived the explosion. Ahab had happily reached his goal, unlike his namesake Captain Ahab. The Elite Yautja continued hunting strange creatures on the planet, embracing his feral side. These events transpired in the epic Fire and Stone comic series. 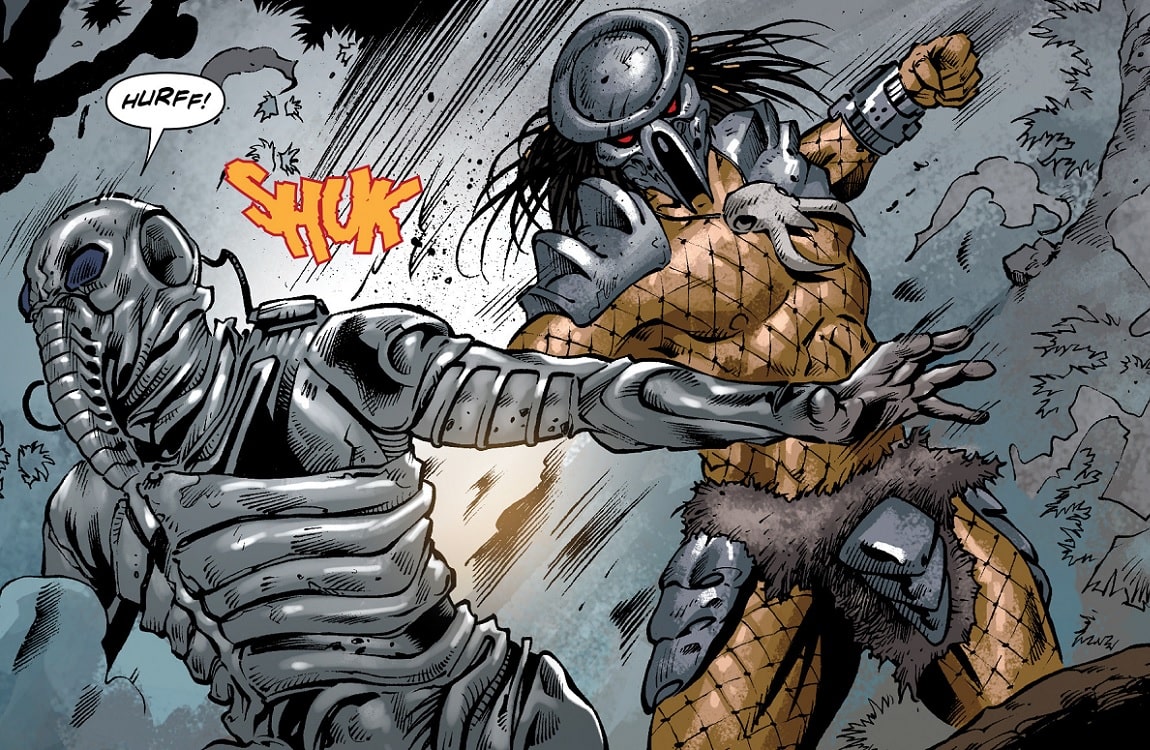 A year later, Ahab was still stranded on LV-223 together with Galgo. He had another run-in with a second awakened Space Jockey, but the fight was briefer this time. The second Engineer wore his full Space Jockey armor, including the helmet. Ahab's fists and wristblades had no good effect on him. Again, Galgo came to his rescue and shot the creature with the Space Jockey rifle.

The fight was broken off when Xenomorphs arrived at the scene, with no clear winner. The Space Jockey later fought Colonial Marines and the Alien Queen, who stabbed him through the chest, finally finishing the Engineer off. There would be no trophies claimed this time. Ahab again survived the endeavors and would live to fight another day. Ahab's second encounter with an Engineer was depicted in the Life and Death comic series, a sequel to Fire and Stone.

At first, the Stalker Predator was just one of the many anonymous Predators appearing at the end of Predator 2, as part of the Lost Tribe. When NECA made an Ultimate edition figure out of Stalker, they included some background lore to the character. Turns out he and his brother Boar were a duo of mercenaries, taking on dangerous jobs of protection, extraction, and exotic trophy hunting, while Stalker was the brains of the operation. As depicted on the cover of the Ultimate Stalker figure by Tristan Jones, he fought and killed at least two Engineers, a feat equal to Ahab.

Want to know more about the Yautja lore? Check out the list of the most savage Bad Blood Predators and take a look at the different Predator trophy walls.