The Yautja are extraterrestrial creatures with their own unique anatomy and biology, although there are some similarities to humans. Here is an overview of Yautja anatomy, including its blood, bones, dreadlocks, mandibles and skin. Find out how many fingers and toes the Predators have, what their dreadlocks consist of, whether their blood can neutralize Xenomorph acid and speculation of and how long do the Yautja live. 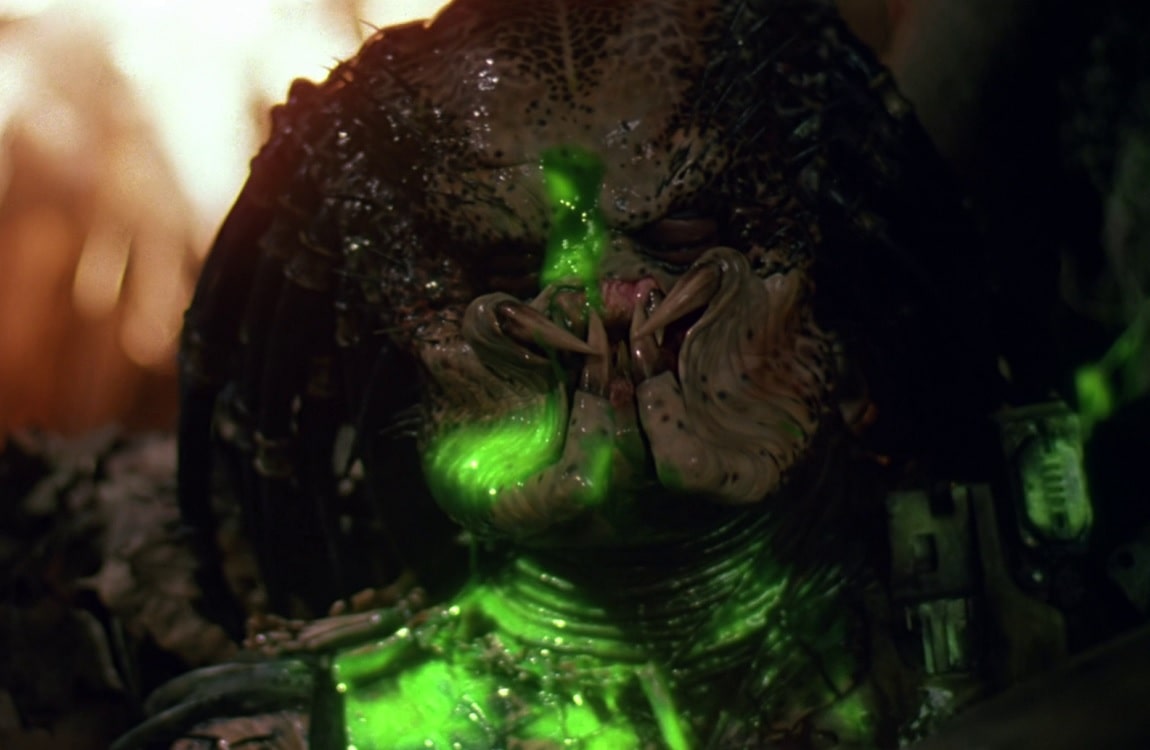 The Predator blood is a bright green bioluminescent fluid. In comparison to Xenomorph blood which is acidic, Yautja blood is said to be alkaline and even neutralize some of the effects of the Alien acid which can come into contact with the Predators during combat. The Predators can lose a lot of blood and still continue functioning. The Yautja blood is warm like human blood and some sources have indicated it contains healing powers if utilized as a serum for humans. 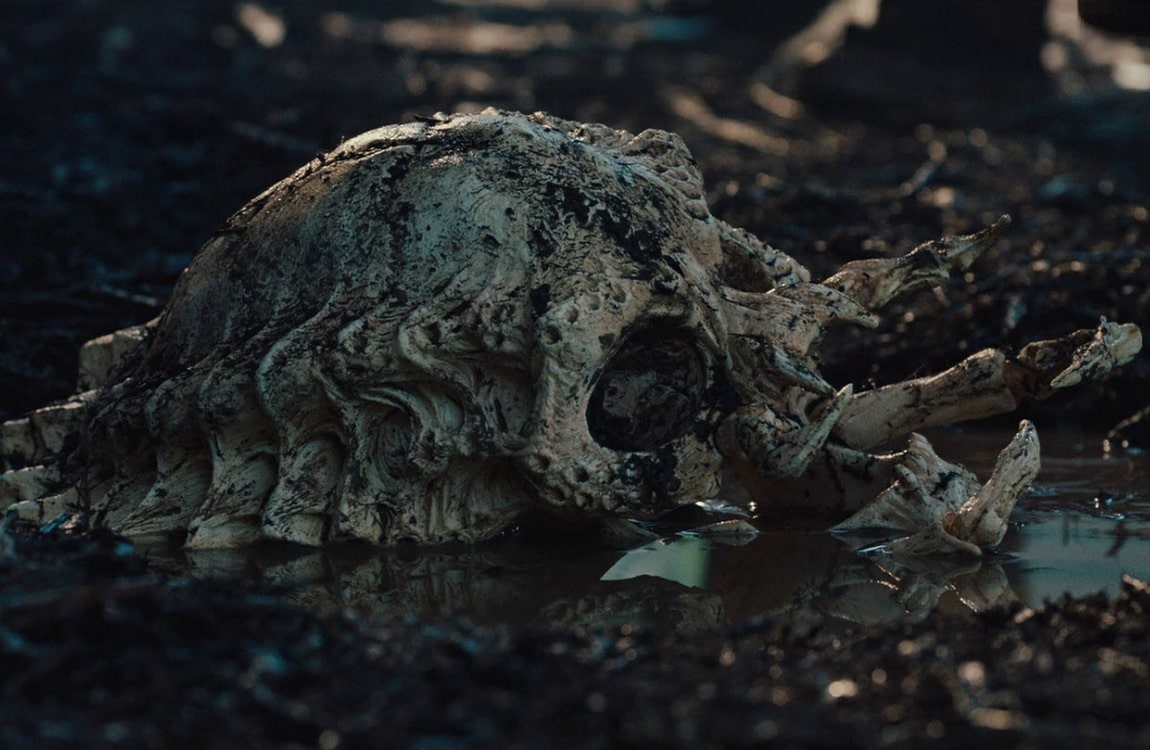 The Predator bones are bigger and sturdier than human bones. They also seem to be white in color as seen by the skull in the Predators movie. Even with their tougher bones, the Predators are still often dismembered and even decapitated, so they still fall victim to sharp blades. The bones can heal well, for example when an Engineer broke the arm of Ahab, it appeared to have healed in a few days. The Predators like to keep the bones and especially skulls of their victims, even if they have been members of their own race. 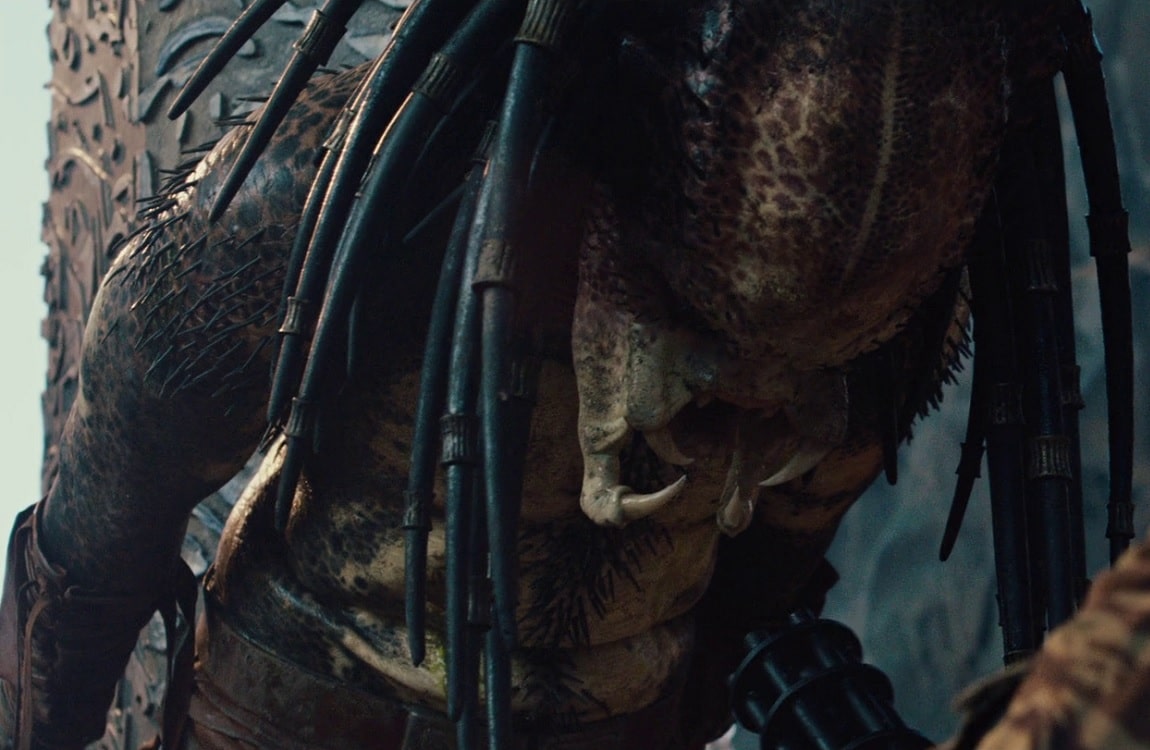 The color of the skin of the Yautja depends on the type of the Predator and other factors. The most well-known Predator - the Jungle Hunter had brownish skin. There is also a white-skinned Predator - the Alpha Predator recently seen in Predator: Hunting Grounds. Most likely, the skin is also thicker than human skin, and aids in absorbing damage from melee weapons and bullets. The arms and chest are also covered in small spike-like appendances, smaller versions of the dreadlocks. Besides armor and the cloak-netting, the Predators don't wear and clothes on their skin and prefer to hunt in warm climates. 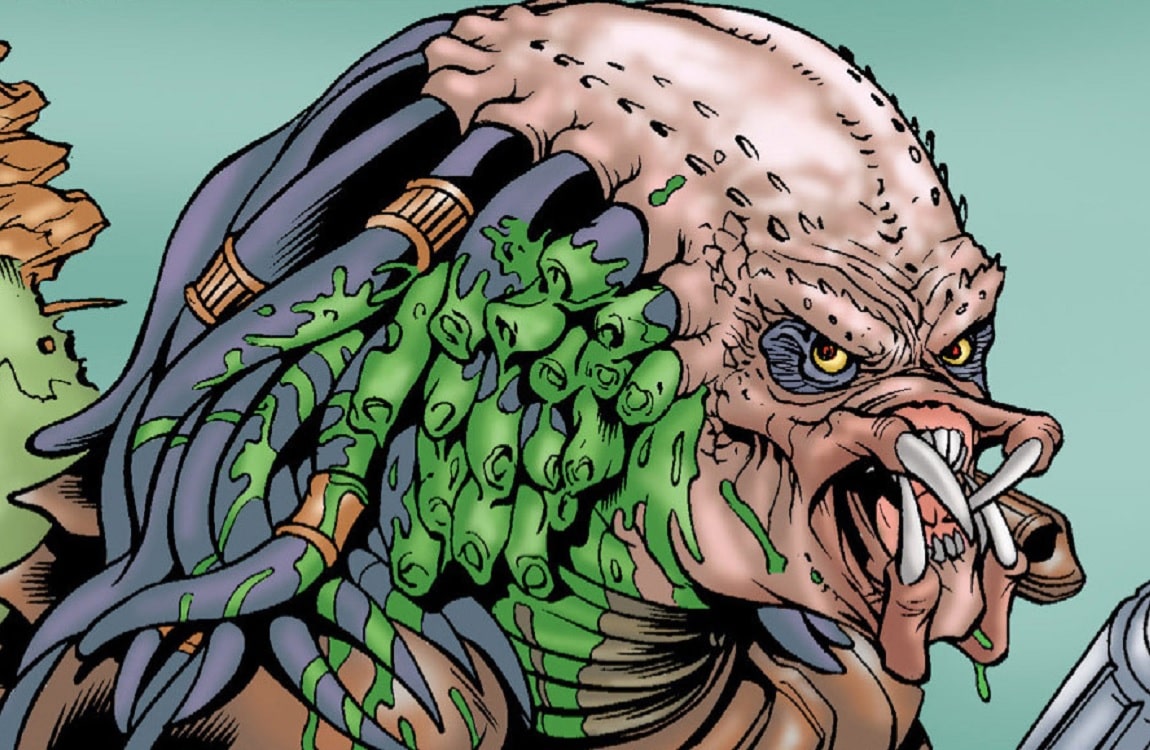 The Predators are well-known for their long dreadlocks, which serve as the Yautja version of hair. Like human hair, they can be styled and decorated. However, some sources indicate that Yautja dreadlocks actually have blood flowing inside them, so they would be difficult to cut. Some Predators have had their dreadlocks removed, albeit against their will. For example, the captured Stone Heart Predator had all his dreadlocks removed as part of a brainwashing program to turn him against his brethren. Like in humans, the dreadlocks grow with age and turn to a grey or white color in the case of Elder or Ancient Predators. One of the Predators with the longest known dreadlocks in the Shaman Predator, part of the Lost Tribe of Predators. 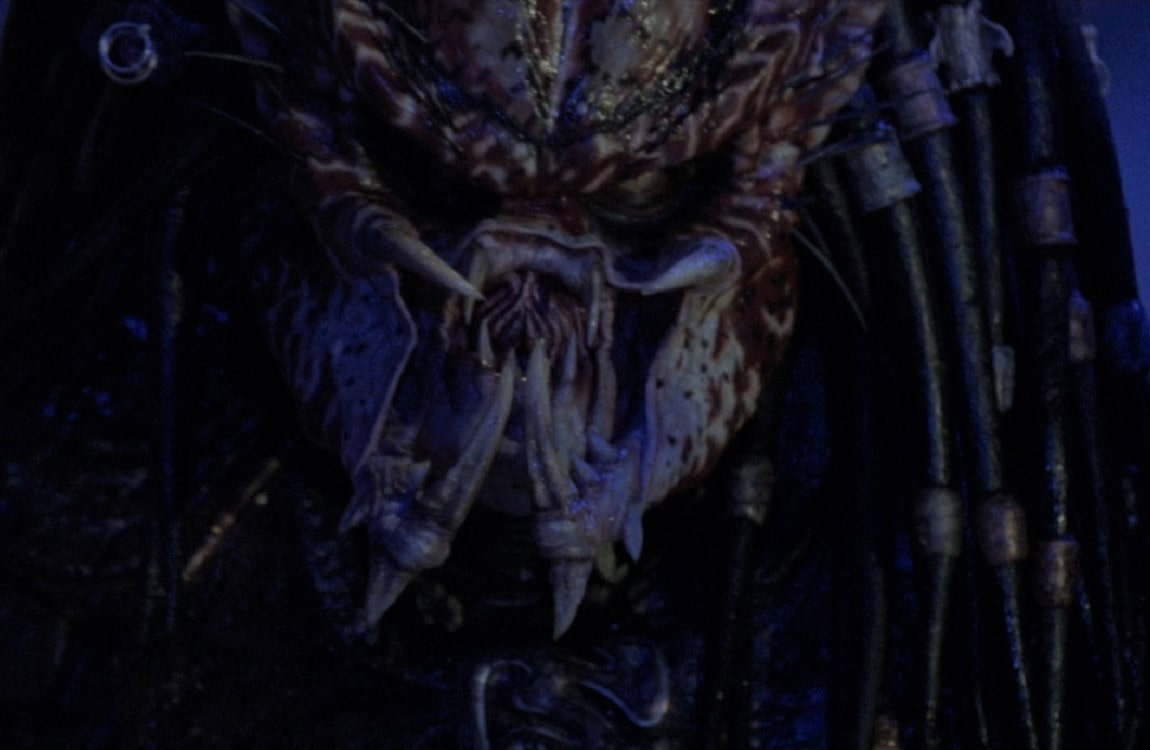 The Predators don't communicate by their mandibles, although the crab-claw like appendances do make a clicking sound that can intimidate their prey. The tusks can be broken, and don't grow back, as seen in the case of Greyback from Predator 2. The tusks can also be used as a last resort defensive weapon - the Assassin Predator bit off the head of a Stargazer soldier using his mandibles. In a neutral state like when wearing a mask, the mandibles are kept in a closed position. 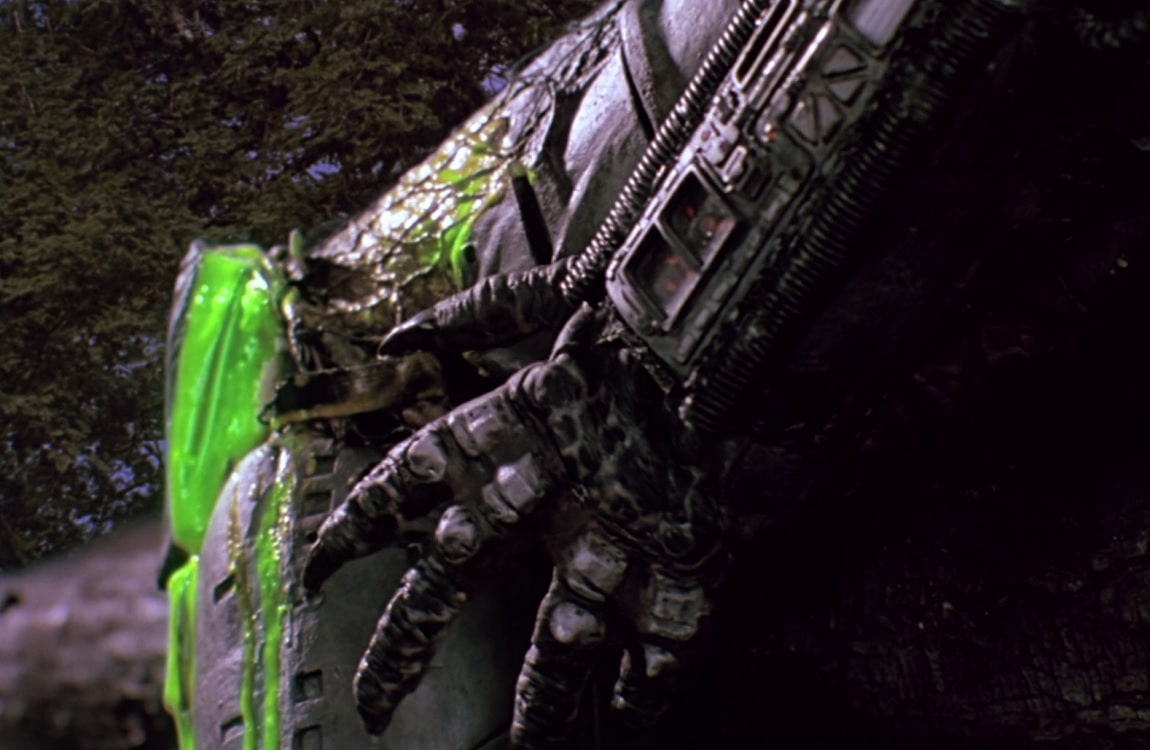 The Predators have five fingers on each of their clawed hands, including a thumb. They have long black nails that could be used in defense, however they prefer to use their wristblades instead. Some Predators have known to wield more than two hands. For example the Four-Armed Predator from the Predators sequel comic was possibly a genetic mutant. The Yautja prefer to not wear gloves, even in cold Antarctic temperatures. 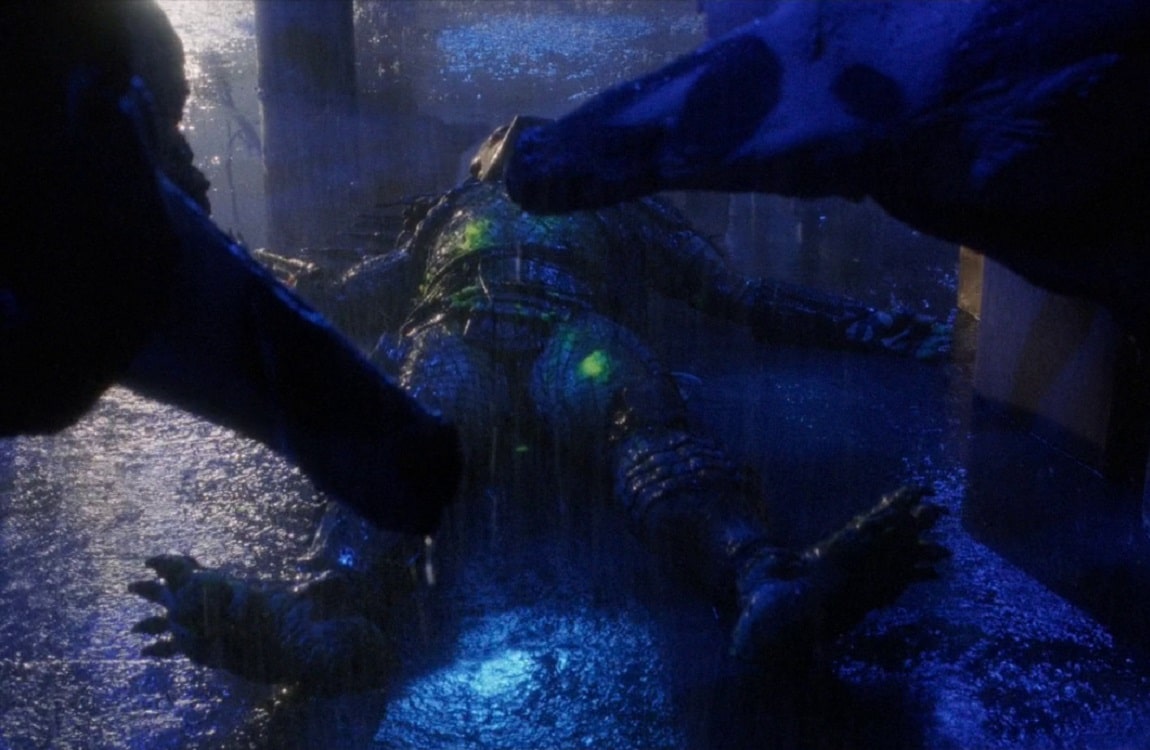 The Predators have five toes on their feet. However the fifth toe is on the side of the foot and often difficult to see, and Predators are mistakenly thought to have only four toes. Like their fingers, the toes are covered with sharp nails. The Predators prefer to hunt either bare footed or wear sandal-like foot-wear. Their feet are large and the Yautja would make great swimmers. Perhaps there is a connection to their reptilic past in the swamps of Yautja Prime. 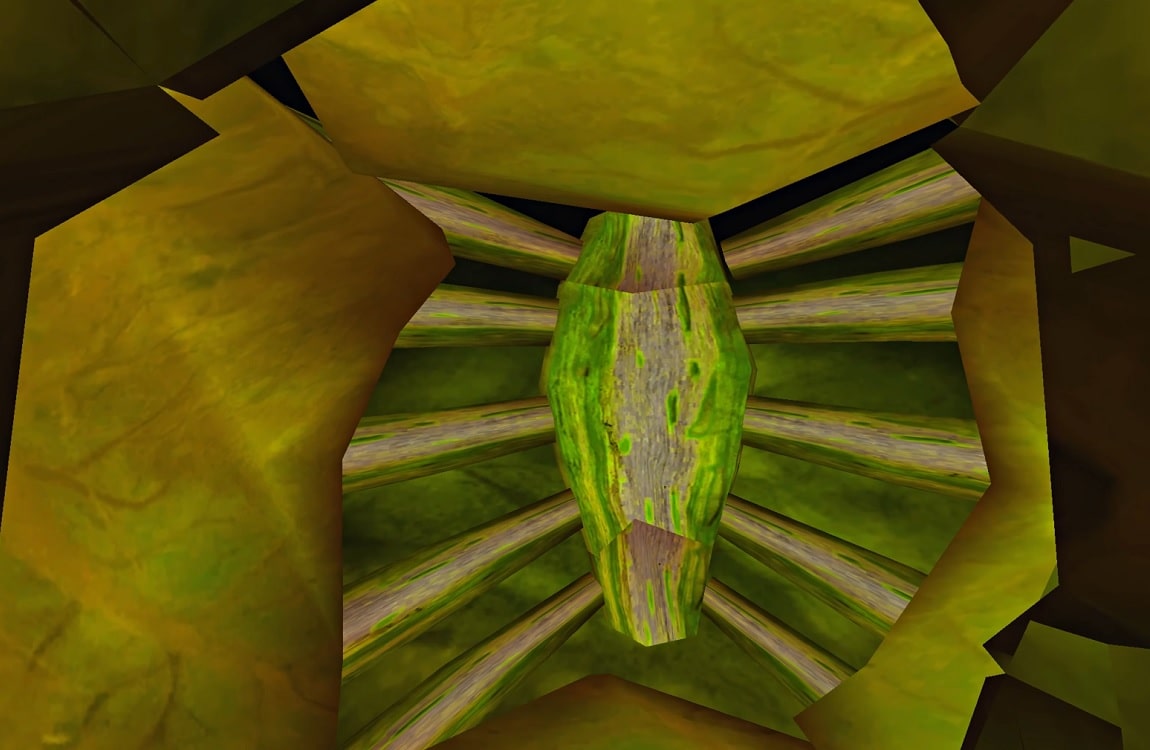 It can be assumed that the Predator's internal organs mirror the basic human ones. A rare glimpse into the internals of a Yautja happened in Aliens vs. Predator 2: Primal Hunt expansion where we see a POV of a Predalien chestburster chewing its way out of a Predator's chest. The chestburster ripped through the lungs, ribcage, and flesh of an Ancient Predator, killing him instantly. Some sources state that the Predator has multiple hearts (four or five), and this is one of the reasons it is able to sustain so much damage. It has also been said that eating the Predator's heart will give an unnaturally long life to a human. The Predator subspecies called Hish-Qu-Ten also have an exotic organ named the Kill Gland that produces hormones that make the Predator go into a crazed frenzy. The Yautja are also known to have at least some reproductive organs. 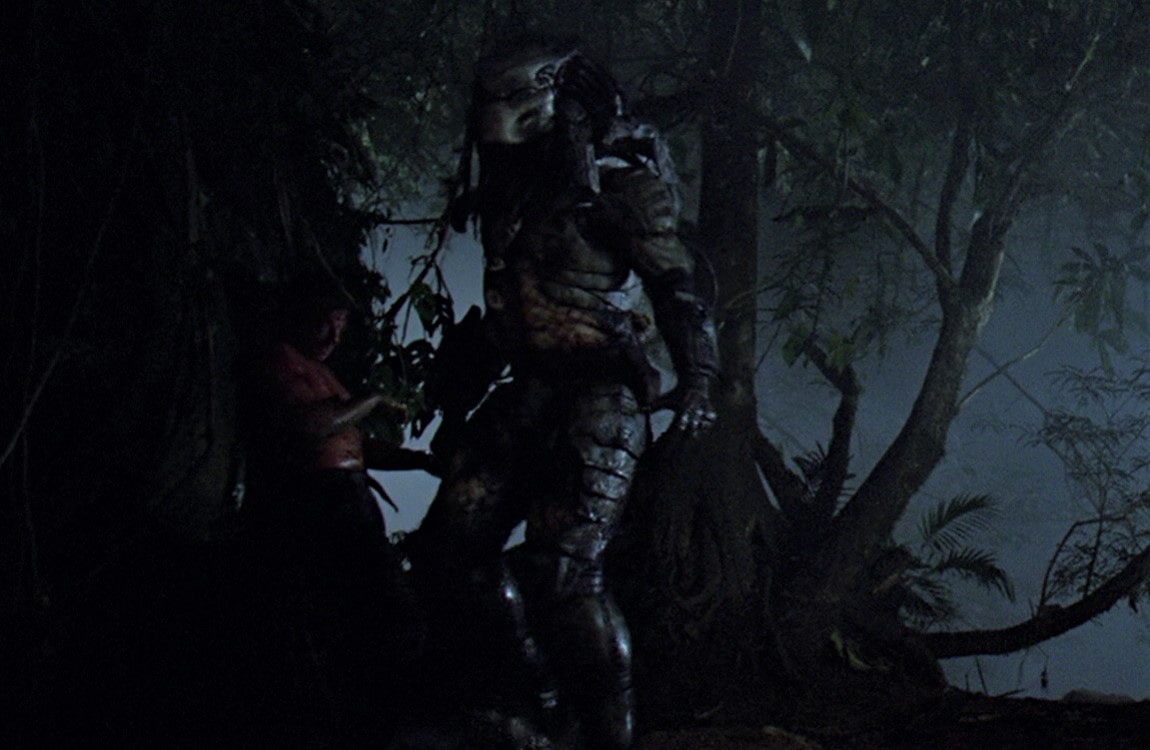 The Predator height is about 2 to 3 meters, depending on the individual Yautja and its type. One of the shortest notable Yautja was Shorty from the Aliens vs. Predator: War comic book, who was about 2m tall. The tallest Yautja types like the Upgrade, Infected and Gladiator can be even slightly above 3 meters tall. The Predator's weight is a bit more difficult to say, but roughly they should weigh about two to three times the weight of a human. So an average Predator like the Jungle Hunter weighed about 250kg which is more than twice the weight of Dutch. All this mass gives them a big strength advantage in unarmed combat. 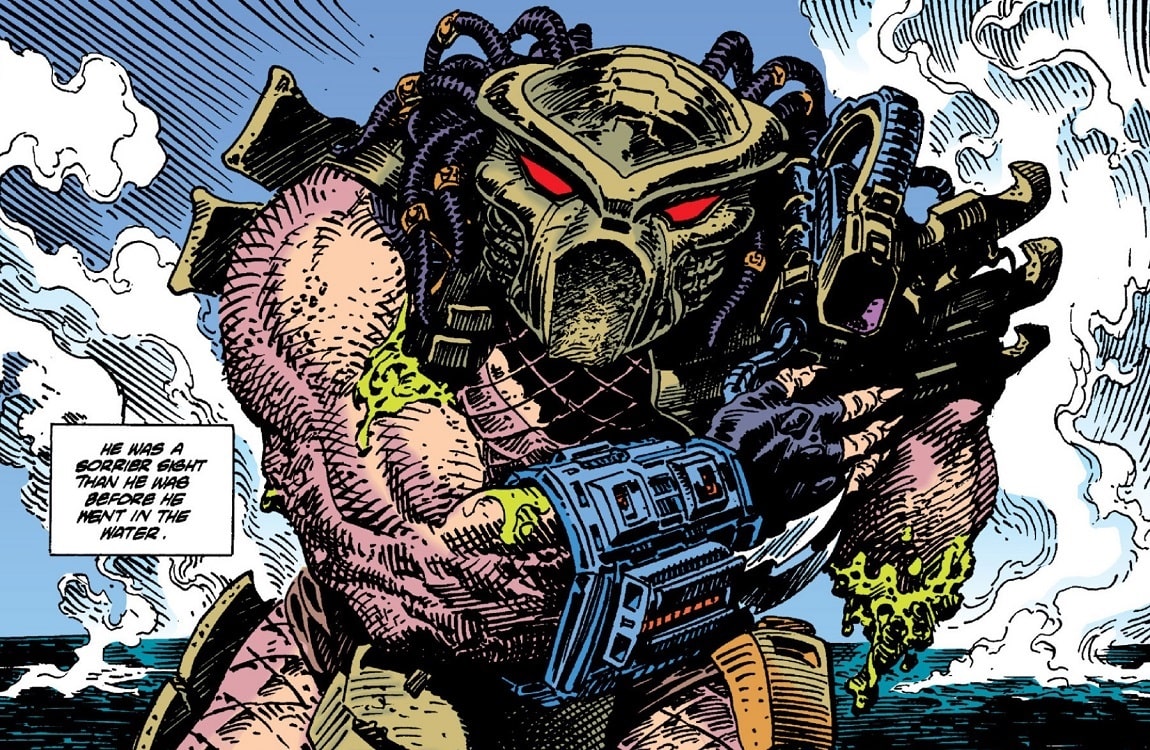 As mentioned previously, the Yautja often lose a limb in combat and continue to fight on. They are able to cauterize their wounds using the medicomp - a blueish goo is applied to the wound that stops the bleeding. There are no known cases of Predators using prosthetics or robotic limbs. However, the Predator named Yaquita used a wheelchair-like apparatus in the Rage War trilogy after losing her legs in combat. Some Predator books and comics have hinted that the Predators have the ability to regenerate their limbs, but there are no good examples of any Yautja doing this. 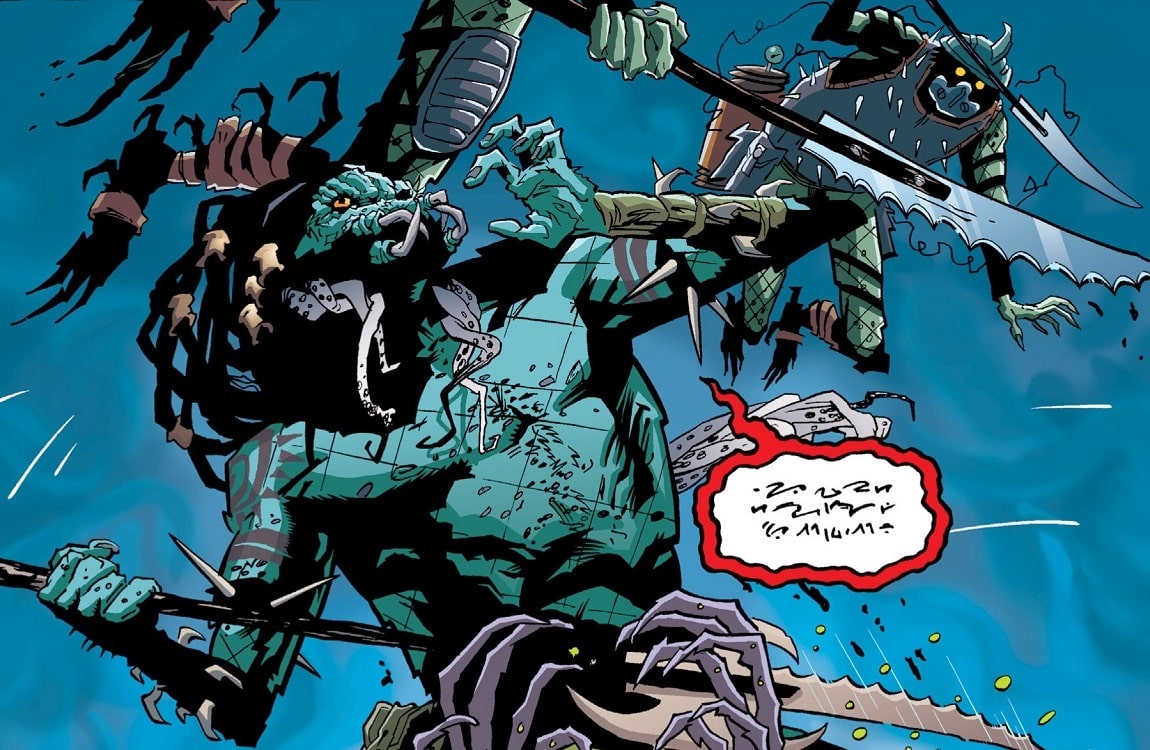 The Yautja can live at least several centuries and some have known to live several millennia. However, often they don't live through their hunts and die in combat, as no Predator has yet to survive the events of a Predator movie. Similarly to humans, their dreadlocks turn grey and skin gets wrinkled. Also, experienced Predators often have a lot of scars and might be missing an eye, tusk, or a limb. With age, their strength and reflexes can wither, but their minds remain sharp and the experience gives them a good edge over their opponents. One of the oldest known Yautja is the Ancient Predator from Predator: Homeworld, who dispatched three young bad blood Yautja in single combat. However, the Predators are not immortal and several individuals have died of diseases related to old age.

Want to know more about the Yautja lore? Check out the list about the Predator clans and the Yautja eating habits.