In addition to introducing bigger and badder Predators, the Predator franchise is keen on hybridization, with the Yautja species being mixed with either Xenomorph or human DNA. These new types of beasts are often stronger, but also more ridiculous. Here is a ranking of Predator hybrids, which includes both genetically altered Predators but also other species spliced with Predator DNA. 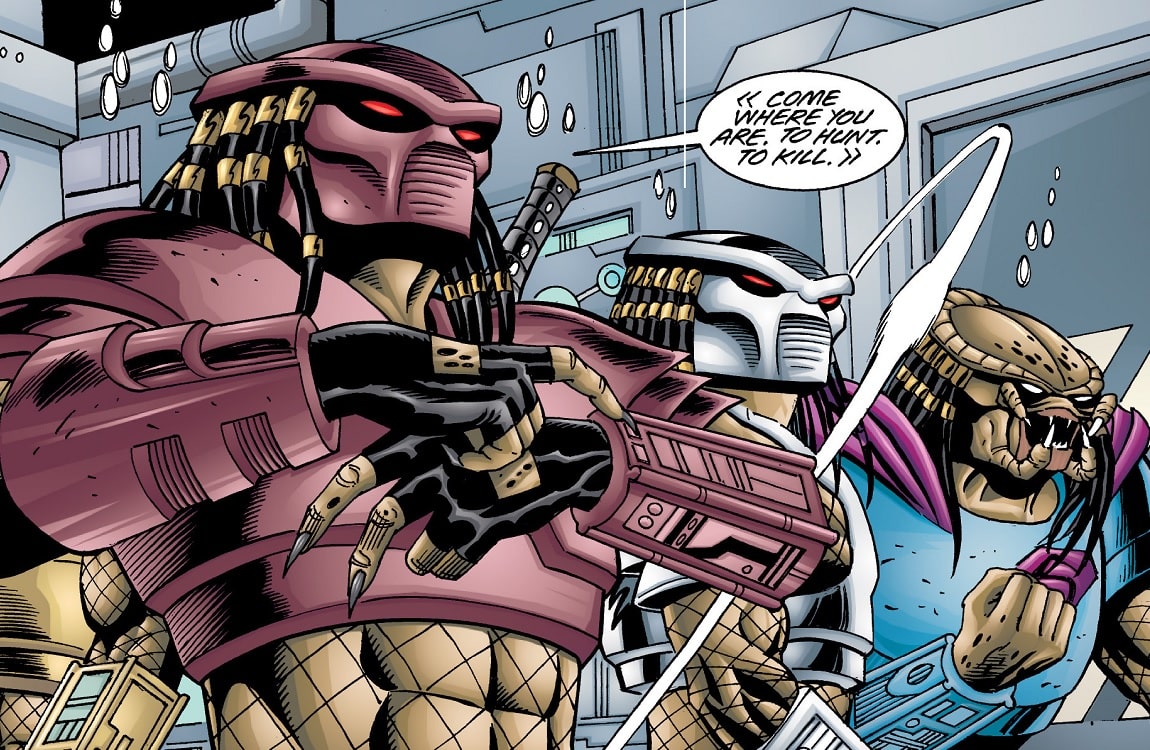 The Meta-Predators were a group of Yautja who were transformed by rogue Dominion genetics into super-powered versions of themselves in the JLA vs. Predator comic series. The superpowers were extracted from the heroes of the Justice League. This meant there was a Predator version Of Flash with super speed and a Yautja Plastic Man who could stretch himself. However, one of the Predators received the powers of Batman, who really didn't have any superpowers. Uncommonly for the Predator series, all the Meta-Predators survived at the end and went home together with the Dominion scientists. 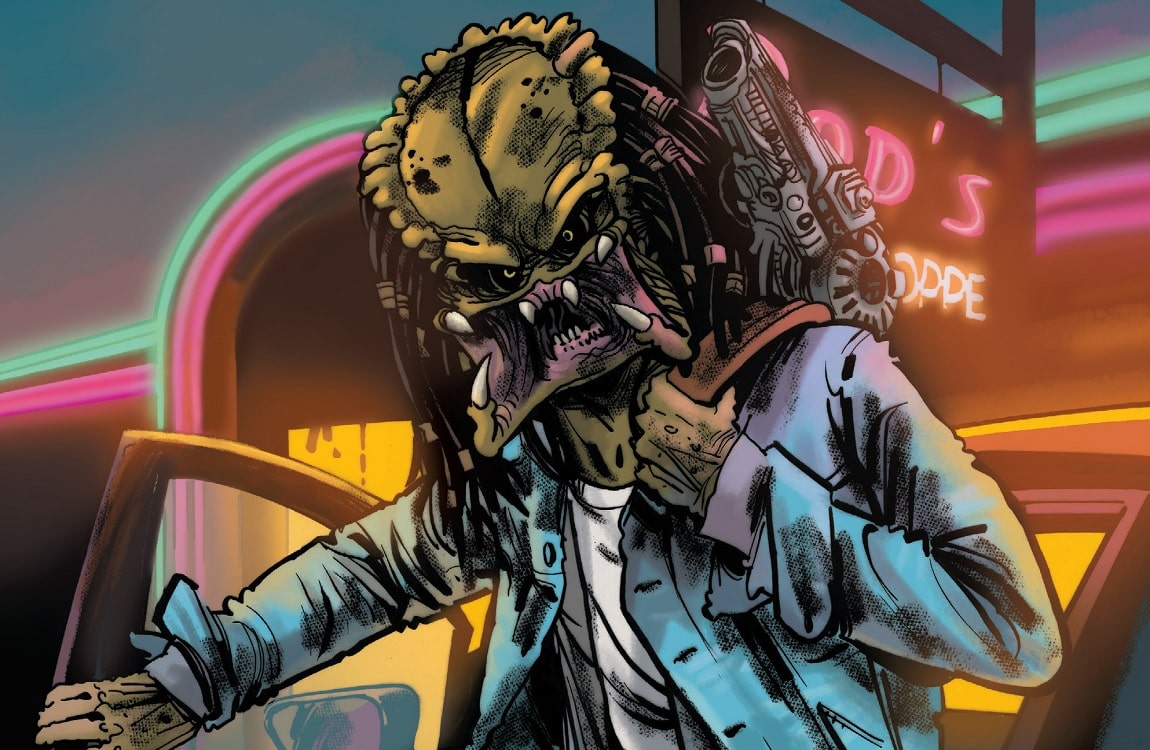 At the end of the crazy Archie vs. Predator crossover event, the Predator killed Archie after massacring most of his friends in Riverdale. The only survivors, Veronica and Betty, got the upper hand on the Yautja and managed to subdue him. In a big twist of events, they used a plastic surgery device to turn the Predator into Archie, hoping to keep at least a version of their beloved boyfriend alive. In the following series Archie vs. Predator II, the Archie Predator spent time in Riverdale with Betty and Veronica but was unable to speak. Soon after, a group of Assassin Predators was sent to hunt down the original Predator. The insane story culminated in another massacre at the Riverdale school, with the Archie Predator losing both his left arm and his Archie appearance. In the end, the Predator stayed with Betty and Veronica, seemingly taken over the role of Archie and still wearing his clothes, but now looking like a regular Yautja again. 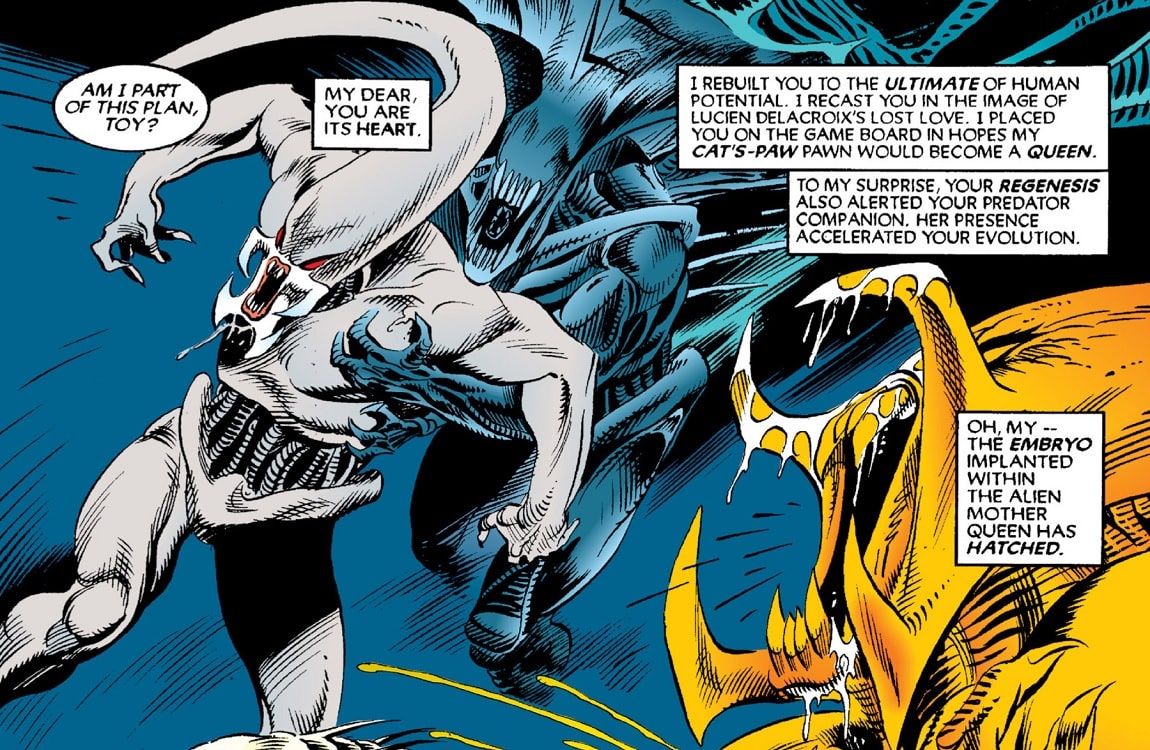 The hybrid king from Aliens vs. Predator: Deadliest of the Species was the leader of the genetically engineered hybrid creatures created by the corrupted AI computer mainframe "TOY". The hybrids possessed traits of Xenomorphs, Yautja, and humans. Physically, it was perhaps most similar to a Predalien but with white skin. It had a high level of intelligence and could even speak, offering his white hybrid facehuggers to potential victims. The white hybrids were not loved by either of the three species are their king was killed by an Alien Queen. The remaining white hybrids were wiped out when their creator's skyliner exploded in orbit of Earth. 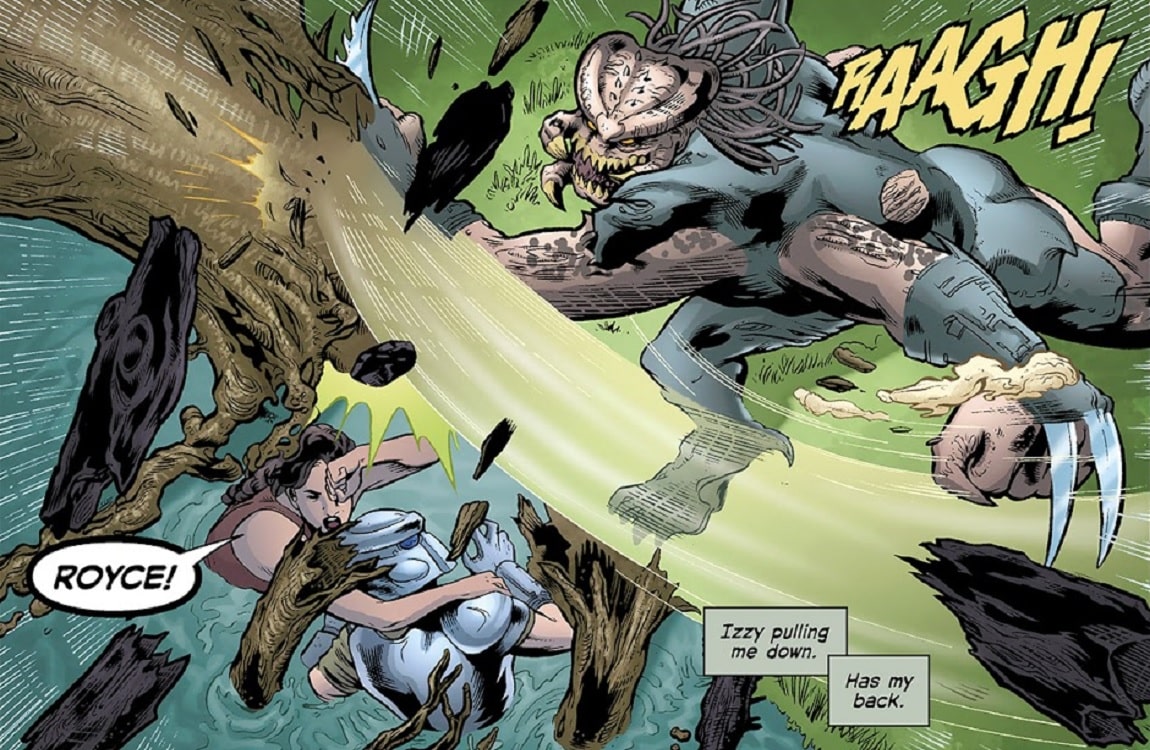 It is a lesser-known fact that Predators received a sequel in the form of a comic, titled Predators: Preserve the Game. In this short story, Royce and Isabella were still stranded on the Game Preserve Planet and had to fight a Four-Armed Predator which was suddenly dropped near their location. This Predator was most likely not part of the Super Predator clan seen in the movie and possibly received banishing as an act of punishment. He was most likely another result of gene-splicing or hybridization. Showing a lack of intelligence, the Four-Armed Predator rushed on Royce and Isabella using melee weapons and was shot dead at the of the story with a sniper rifle. 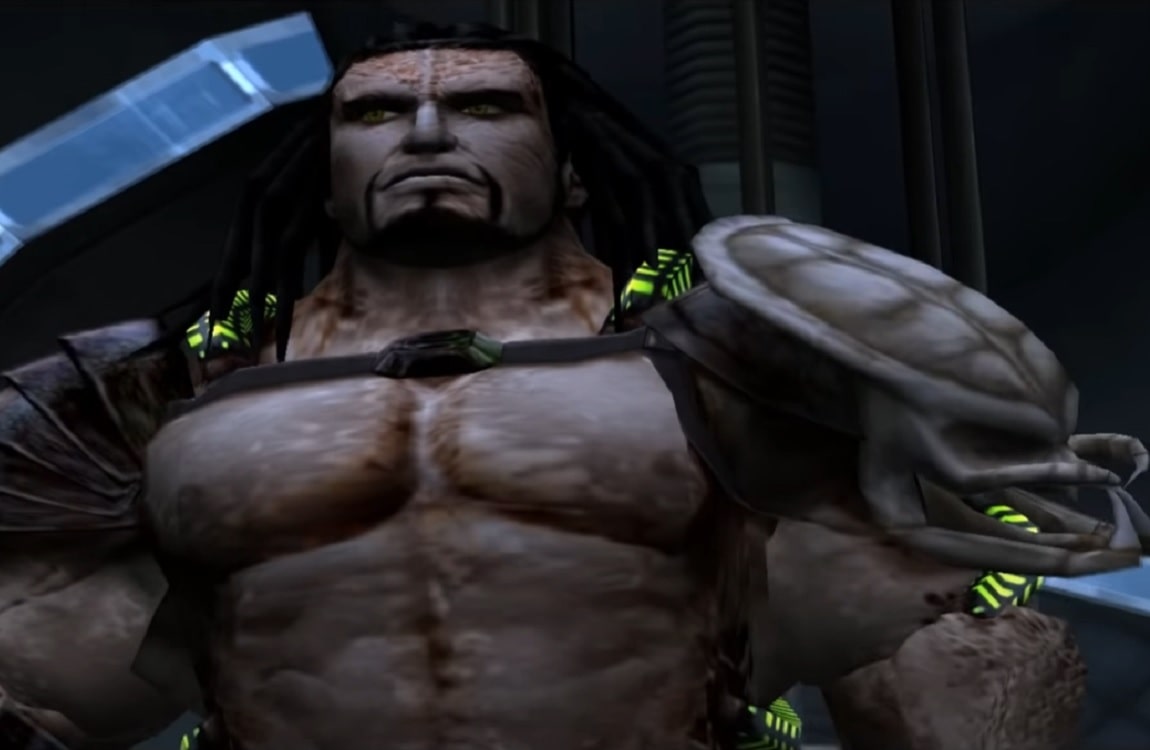 Hunter Borgia from Predator: Concrete Jungle was the CEO of Borgia Industries and an important member of the Borgia family. Having a convenient name, he wanted to become a human Predator after coming into contact with them as a small boy. He experimented with Yautja blood and genetic engineering and became a Yautja-human hybrid. He also donned Predator armor and weapons, although he did not wear a bio-mask. Hunter Borgia's experimentation came to end before it could be finished, as he was killed by Scarface Predator. 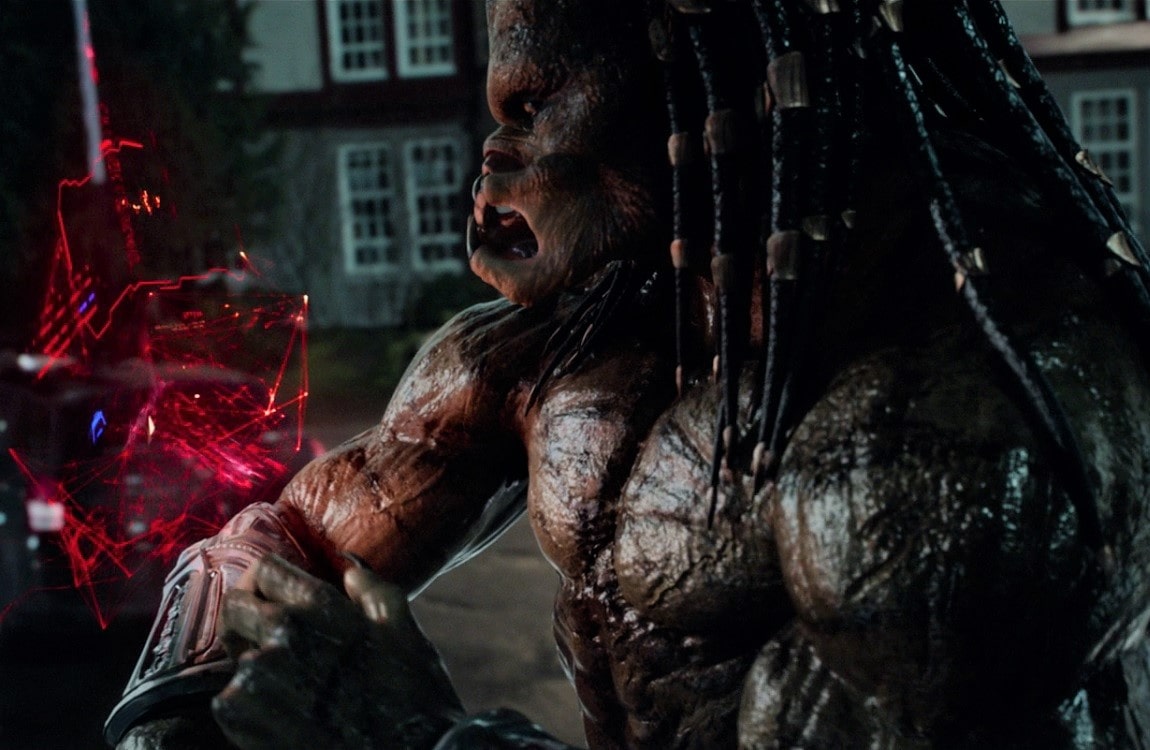 The Assassin Predator collected the spines of his victims not only for trophy collecting but to extract their DNA for hybridization. This ridiculous concept was introduced in The Predator, the latest movie in the franchise. The Assassin had spliced himself with genes from unknown species, making himself huge and strong. His other special abilities included using Predator vision modes without a bio-mask and having changeable camouflage patterns on his armored skin. This did not help him in his final showdown with the Loonies, where he was shot in the head by a small-caliber pistol. The Fugitive Predator had also experimented with hybridization but to a lesser extent. 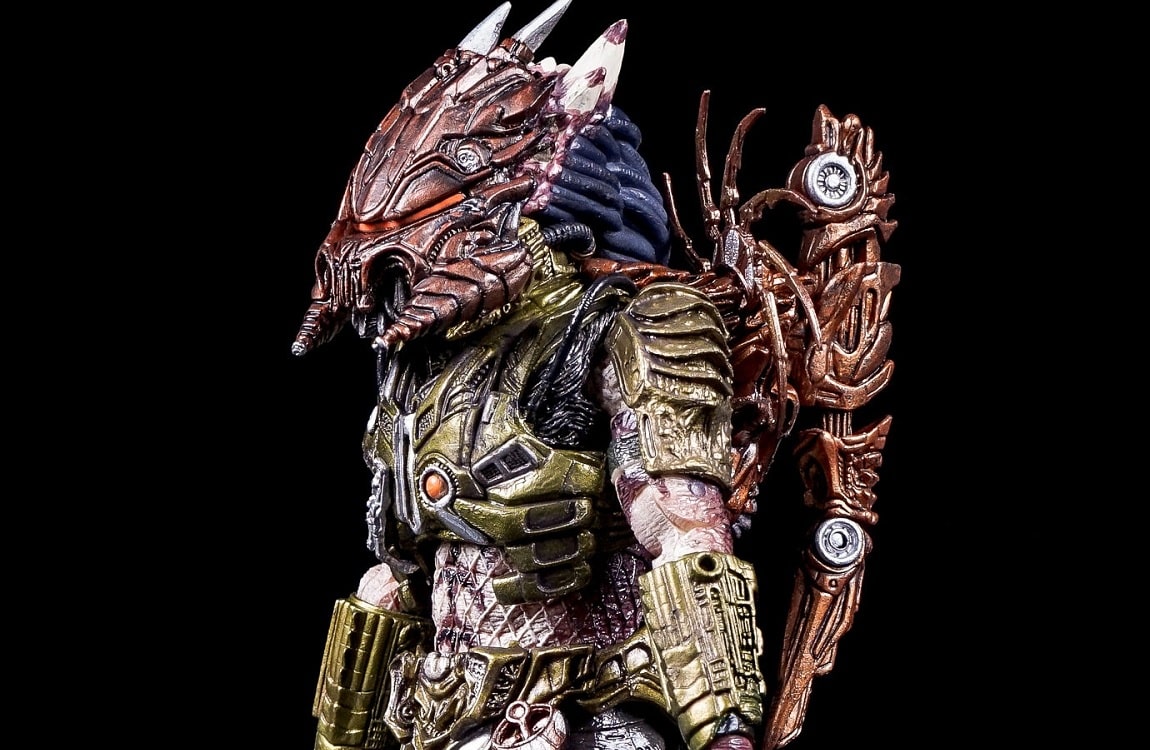 The Spiked Tail Predator of the Rogue Space Tribe managed to greatly prolong his life by splicing himself with non-organic enhancements. The old-age coupled with the hybridization caused black and white stripes on his skin and grew horns on his head. Due to the exploits with unnatural technology, he was exiled from Yautja Prime together with his hunting brothers, the Armored Lost and Lasershot Predator. However, they did not care for the Predator homeworld, as the trio preferred to hunt mechanical beings in the far reaches of the galaxy, using stolen space/time technology. The Spiked Tail Predator was an action figure released by Kenner in the 90ties. Neca later made reimagining of him, together with the added backstory. 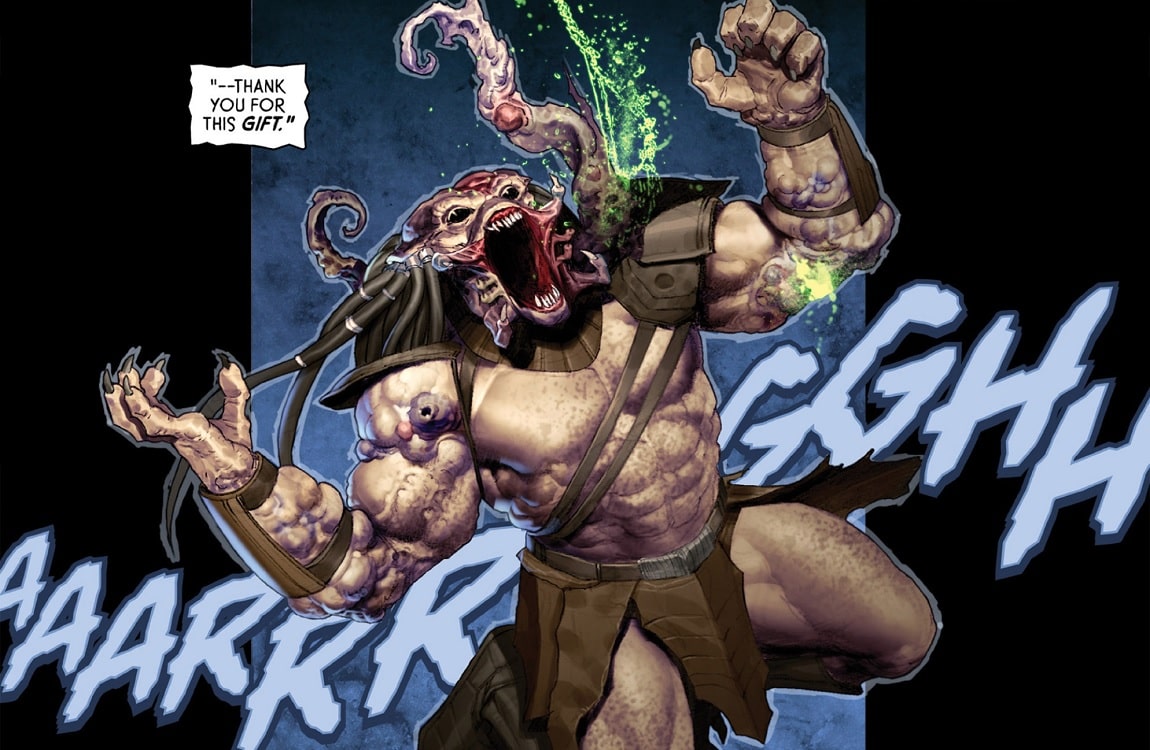 The black goo pathogen from Prometheus and Alien: Covenant acts a bit inconsistent but mostly the host undergoes rapid mutations. This is what happened with one of the Predators from the Fire and Stone series. During a big brawl between Aliens and Predators on a ship named Geryon, a Predator was bitten in the hand by Elden, a black goo-infected android. The Predator soon transformed into a giant mutant, probably the biggest Predator in the series. He grew new tusks on his face and an extra arm on the shoulder. After a crazed rampage through the ship, the infected Predator fought Elden again. This time the android stabbed him with a pipe in the head, finally killing him. 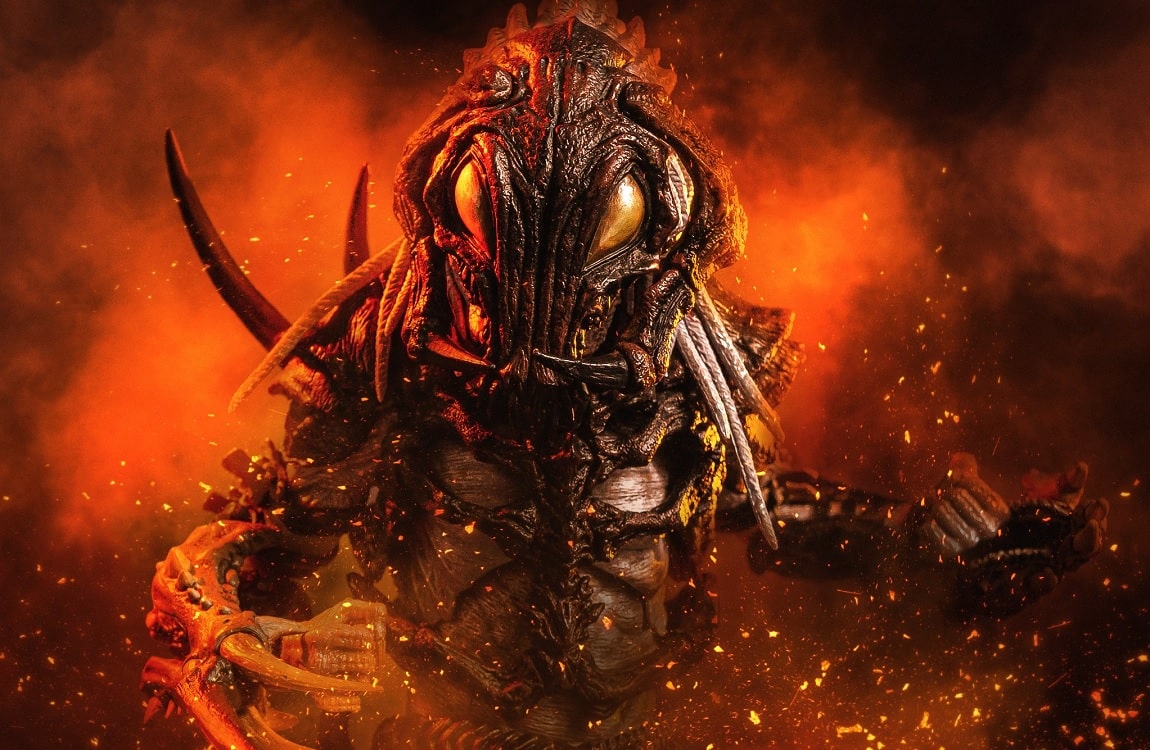 The Alpha Predator wasn't a genetically modified hybrid, but a result of multiple generations of evolution that resulted in the perfect warrior. Thousands of years ago, an insectoid and a technologically advanced race named Amegi had a tyrannical rule over the Predators, who were then called the Hish. The toughest warrior among the Hish, an albino, led a rebellion against the Amegi, slaving them in the process and taking over their technology. The Alpha Predator decorated himself with a mask with the face of the Amegi, and became a legend among the Yautja race. The design of both the mask and the armor are based on the prototype version of the Predator costume, worn by no other than Jean Claude Van Damme during the making of the first Predator movie. The Alpha Predator was released as a figure by NECA and was also featured as a DLC in the Predator: Hunting Grounds game. 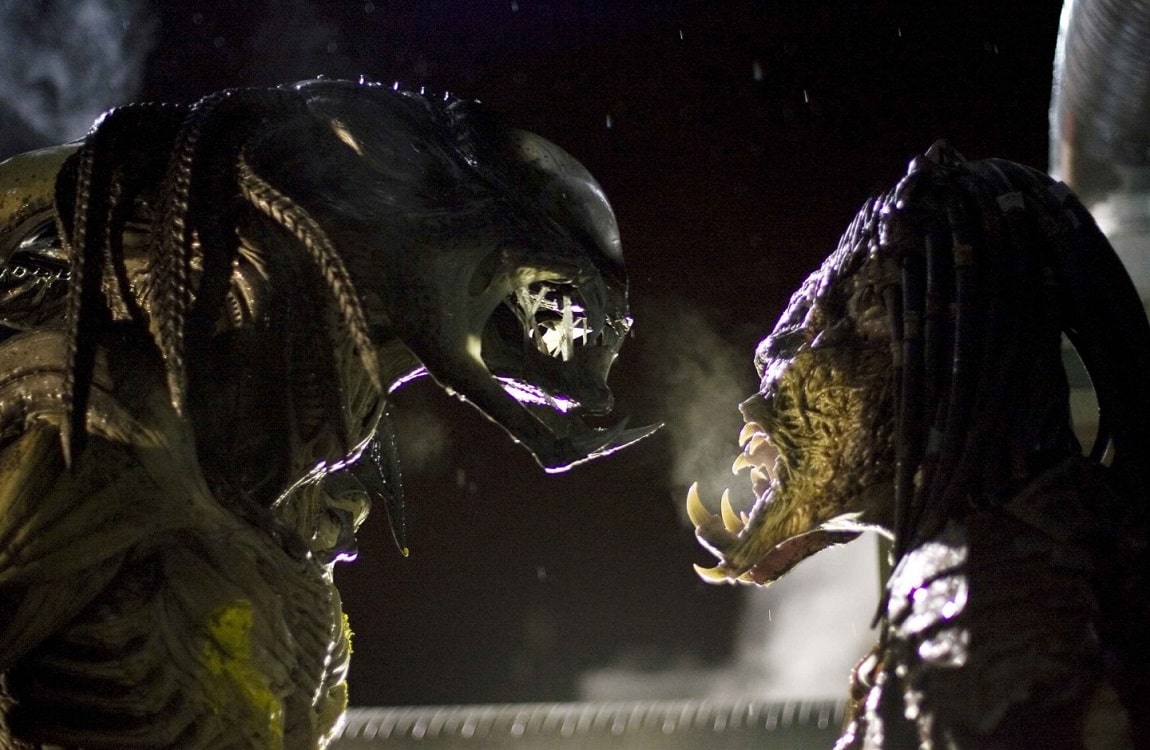 Did you enjoy the article and want to read more fun lists about the Predators? Check out the list of incompetent Predators and underrated Predators.