The Yautja are carnivorous creatures that enjoy eating raw meat during their hunts. However, when they have more time to spare on their ships or home planet, they eat cooked meals and even enjoy ceremonial dinners. There is an open question of Yautja eat human meat, but it is unlikely. There are more cases of humans eating the Predators. Here is an overview of Yautja eating habits from the Predator franchise.

A Taste For Beef 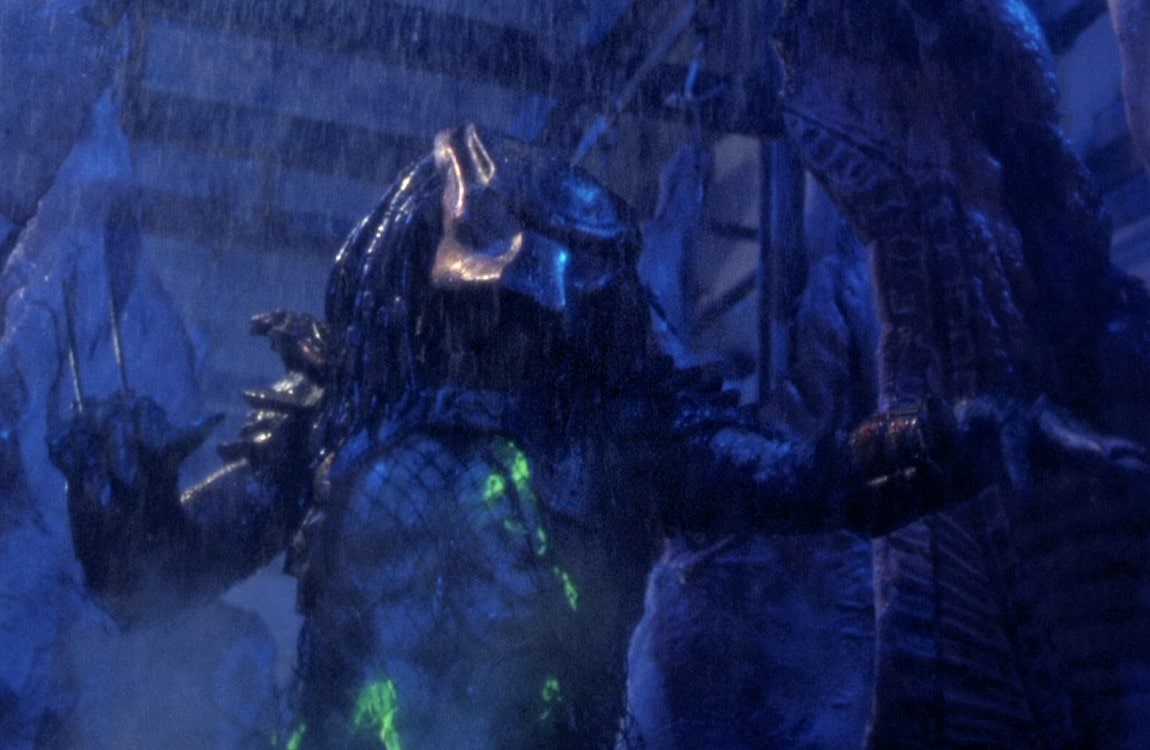 The City Hunter from Predator 2 had a "taste for beef", as famously said by Peter Keyes from the OWLF, pointing to a carnivorous diet. The Predator hang around the slaughterhouse during his few days in Los Angeles, although that was not the main base of operations - he also visited his hidden ship. Although Predators prefer heat, the Yautja had no problem navigating the cold meat factory and grabbing a few bites from time to time. Due to this diet routine, the OWLF was able to set a trap for the City Hunter in the slaughterhouse, but instead it led to the slaughter of the team. 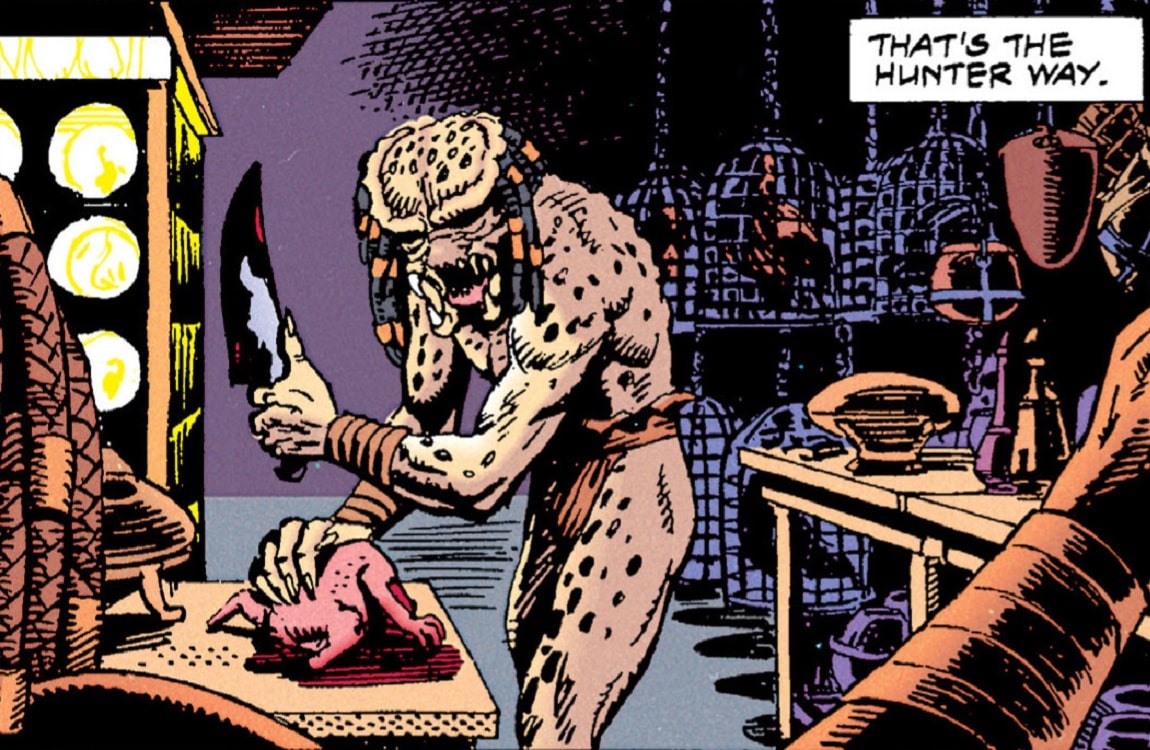 In the Aliens vs. Predator: War comic series, a human hunter called Machiko Noguchi lived together with the Predators for about a year. She was able to observe the Yautja society and culture in great detail, including their eating habits. On the Predator ships, lover ranking Predators dealt with the food preparations, including cutting meat from small chicken-like animals. The animals were kept alive in small cages in the food preparation area. 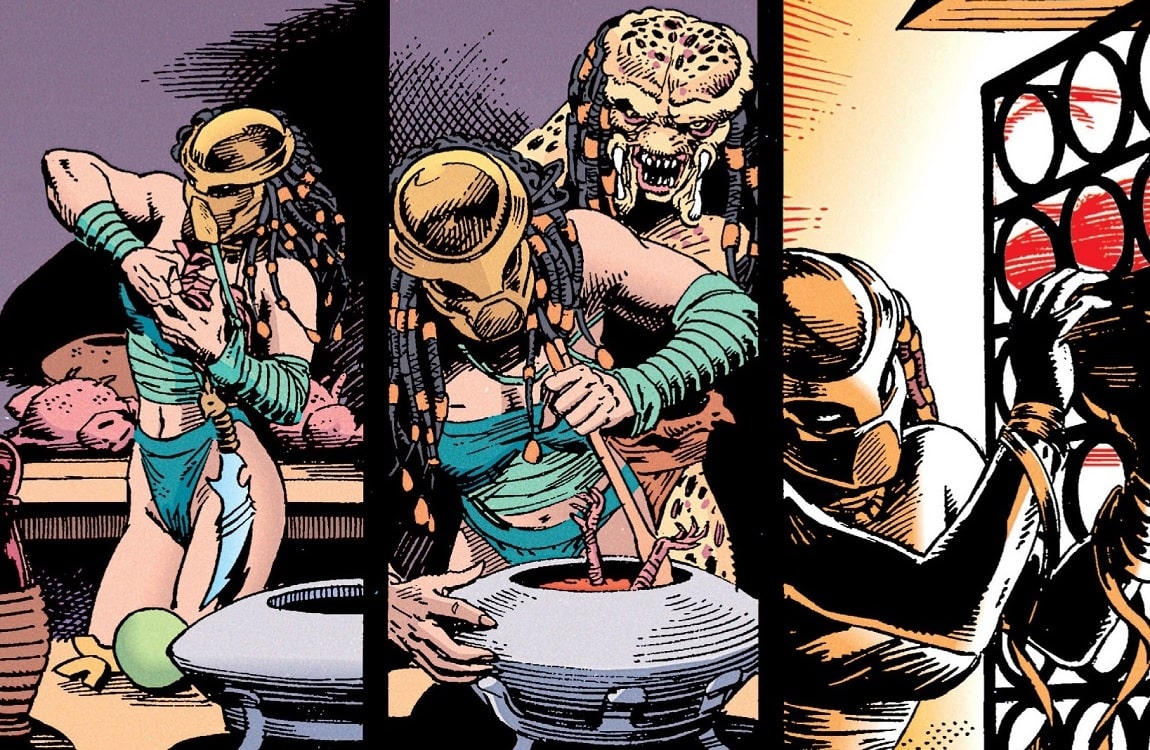 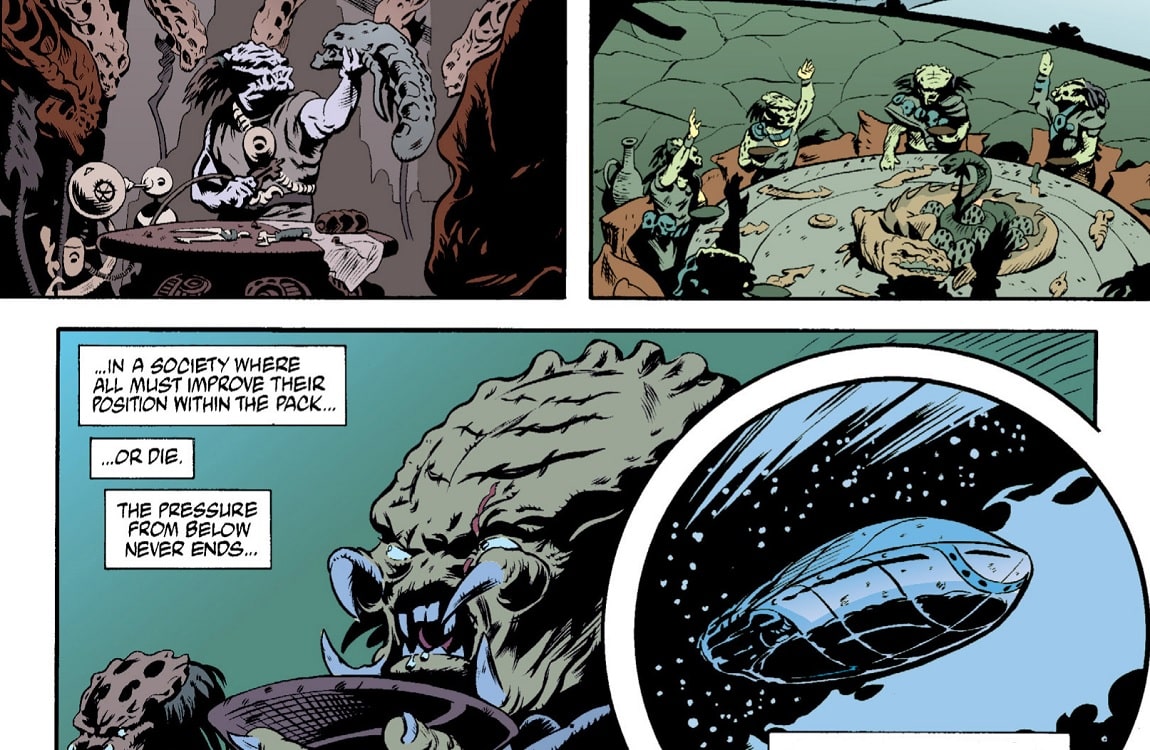 In the Aliens vs. Predator: Chained to Life and Death comic we are shown a ceremonial dinner of Predators occurring on Yautja Prime. A council of Elders was sitting around a round table with a meal of a snake-like creature with eggs served in the middle. The Predators were holding small bowls which they raised to their mouths. Jugs of a wine-like drink were also around the table. The elders were voting about important issues and the dinner seemed to be complimenting it. It's worth noting that the dinner was served outside on a balcony, as the Predators seem to enjoy the outdoors.

Eating Raw Meat in the Field 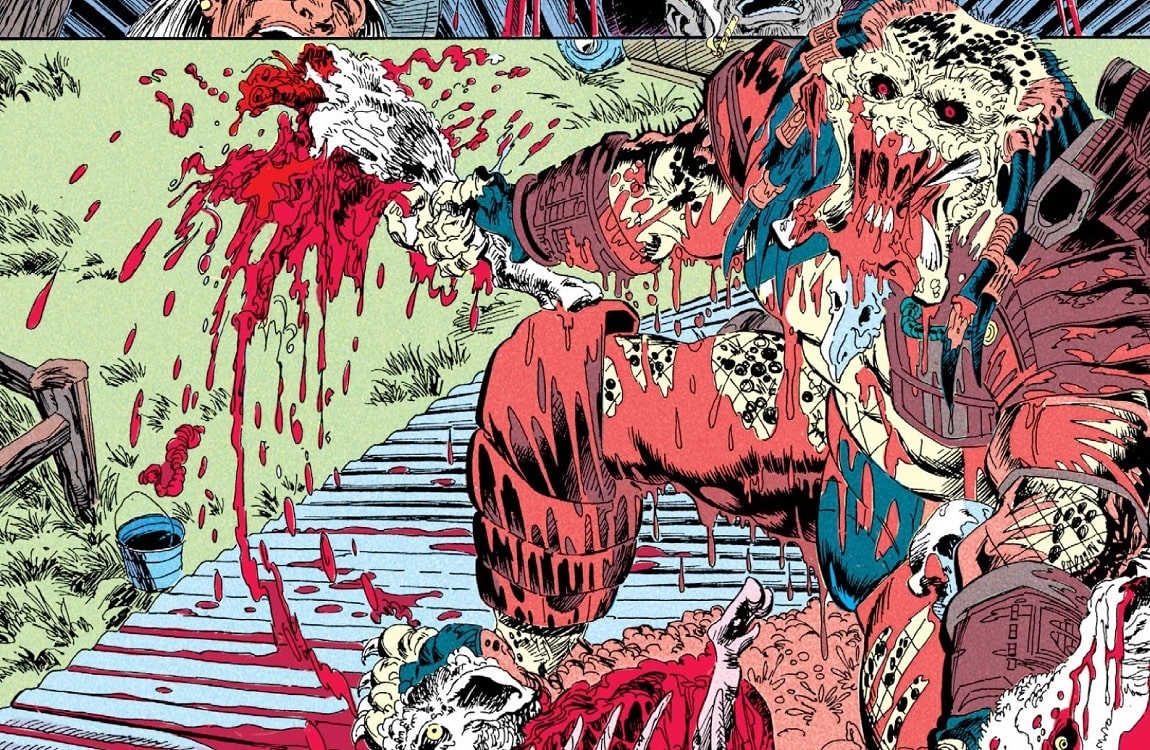 When busy hunting, the Predators don't have time to cook or prepare any meals. They prefer to hunt and kill the smaller game and eat raw meat. Predators gorging on bloody animal flesh is seen in several comics. In some cases, they skin the animals before eating the raw meat. The known favorite Earth animals of the Predators have been sheep, muskrats, and goats. The crazed Yautja from Predator: Big Game seemed to really love making a bloody mess out of the sheep, possibly also sending a frightening message to humans.

The Predator from Predator: Strange Roux enjoys a quiet snack of muskrat: 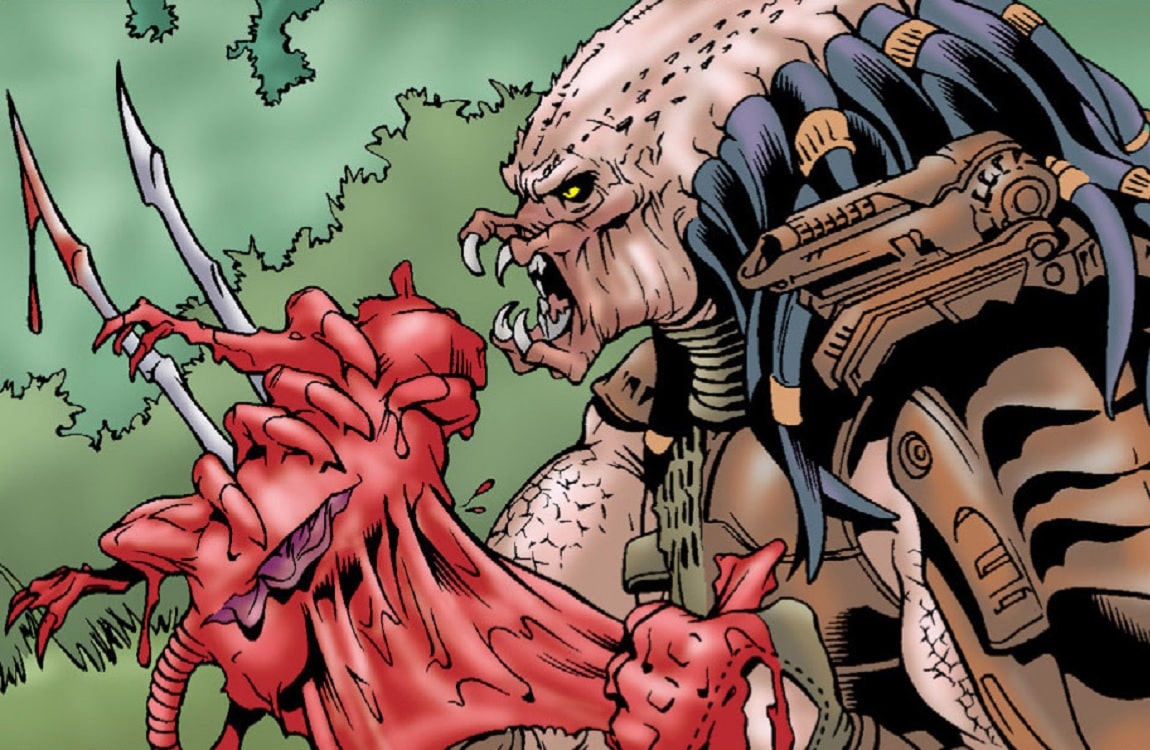 The Killer Predators from Predator: Prey to the Heavens feast on raw goat meat in-between fighting humans and other Yautja: 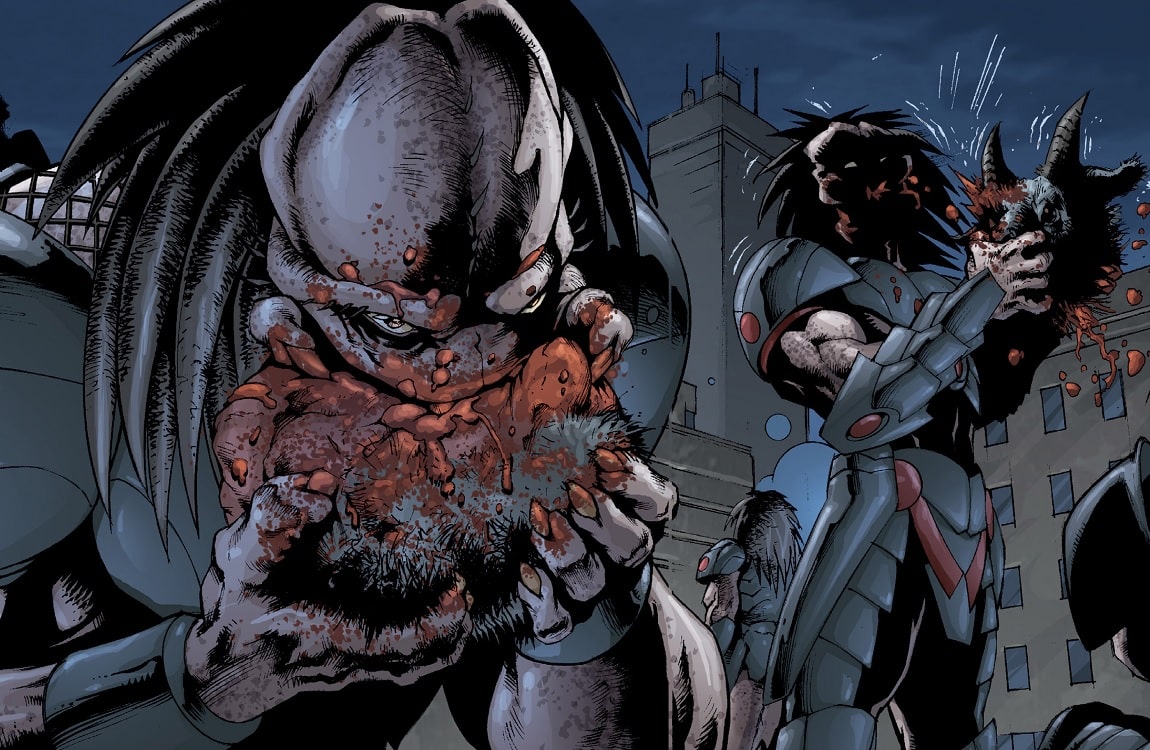 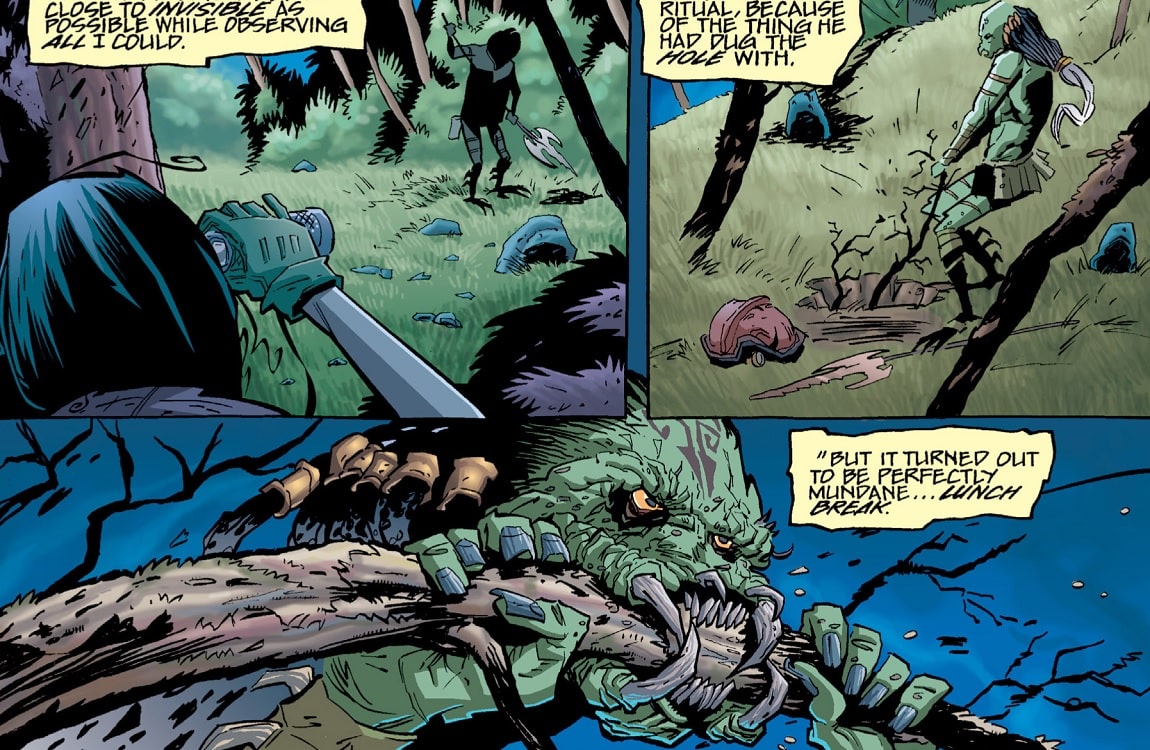 In the Predator: Homeworld comic, an ancient Yautja (more than a thousand years old) came to Earth to take down a trio of young Bad Blood Predators. The hunt in Yellowstone park took several days and the elderly Yautja had to find something to eat. Instead of gorging on raw meat like some of his younger brethren, he chose to feast on roots. The Elder was also very tribal in nature, so the plant diet seemed to fit him well. It is interesting that the comic hints that Earth was the original homeworld of the Predators, so it would make sense that they enjoy eating our flora.

Feeding on Wild Boars to Heal 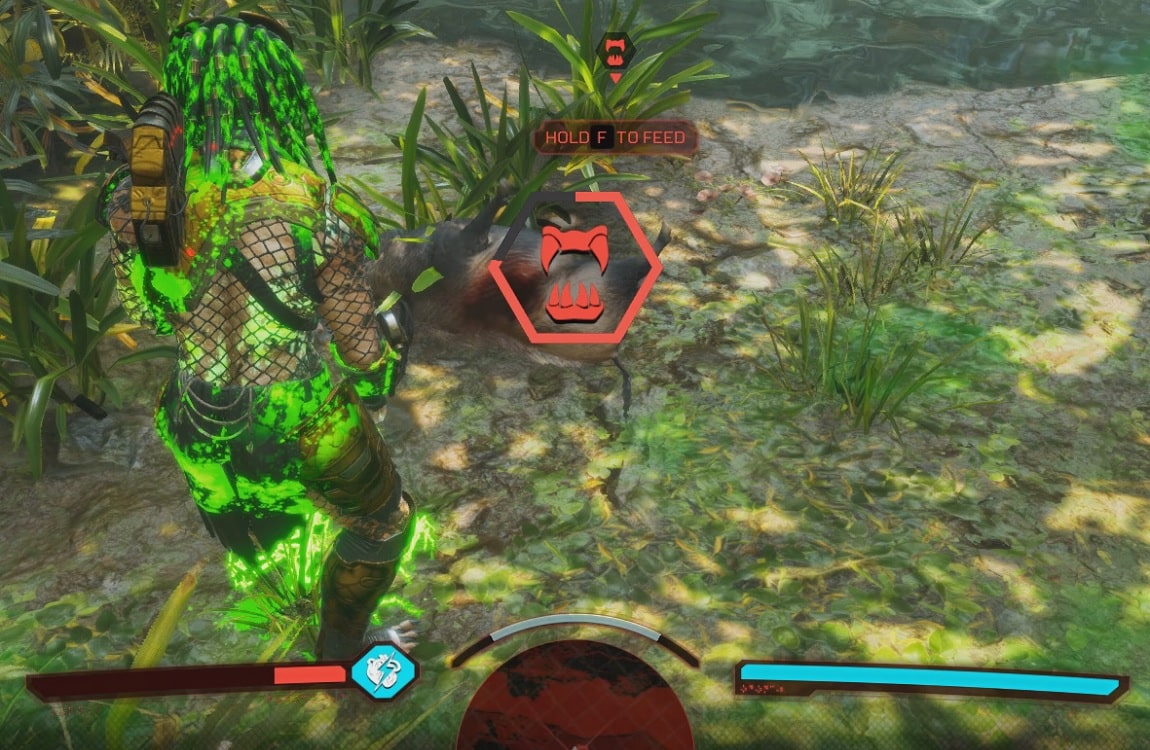 In addition to the medicomp, Predator: Hunting Grounds offered an alternate way to heal when playing as the Yautja - killing a wild boar and feasting on its raw flesh. On every map, there are about half a dozen boars who also show in the infrared vision. No matter how wounded, the quick feasting will replenish the whole health bar of the Predator, allowing the hunt to continue. As wild boars are considered unworthy prey, their trophies cannot be taken. 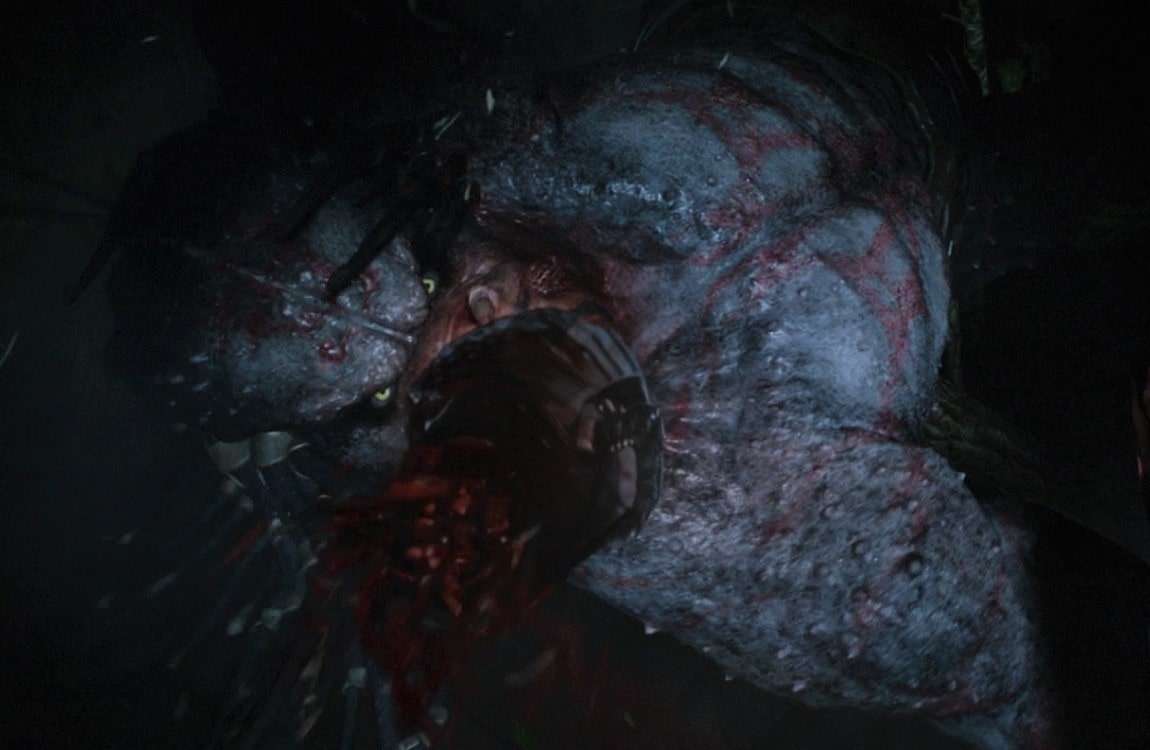 In The Predator movie, the Upgrade Predator hunted a group of soldiers in the blackness of night. He was hiding in a tree and pulled an unlucky victim up to the branches. He bit into his brain and pulled his head off. This is one of the rare instances were Predators bite into human flesh, but probably not so much as to eat it. It is possible that Predators consider humans to be a valuable and respected prey, so they are interested only in trophies. 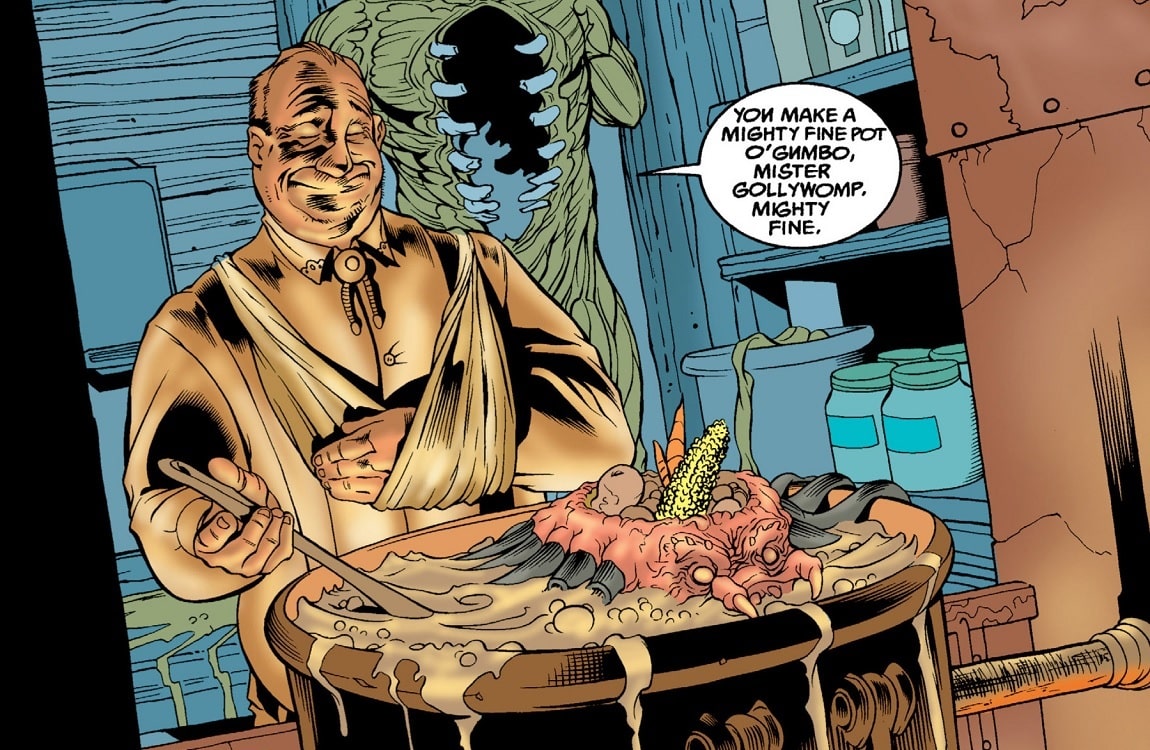 However, there are several cases of humans eating Yautja meat in the Predator franchise. One such occurrence was in the Predator: Strange Roux one-shot comic. A Yautja was hunting in Louisiana in 1931, feeding on raw muskrats that he skinned on the spot. A Cajun named LeBlanc encounters the Predator and manages to trap the Predator in a sand-trap and kill him. He later cooks soup out of the Predator head and stores the rest of the body for later. Some comics even hint that eating Predators lengthens a human lifespan. In Aliens vs. Predator: Eternal a techno-baron called Gideon Suhn Lee claimed that he had lived for hundreds of years by eating the hearts of Predators.