The Alien vs. Predator series has its fair share of mad scientists. Most of them started popping up during the 90ties after Alien 3 was released. A lot of books and comics included them before Alien: Resurrection came along. The entrees are ranked by an elaborate algorithm based on their level of madness, charisma, the impact of their research and the quality of the source material. Several of them are actually androids claiming to be humans. I did not include Ash in the list. Although he was a science officer and quite mad (or malfunctioning), he did not have his own facility or enough time to truly study the Alien. 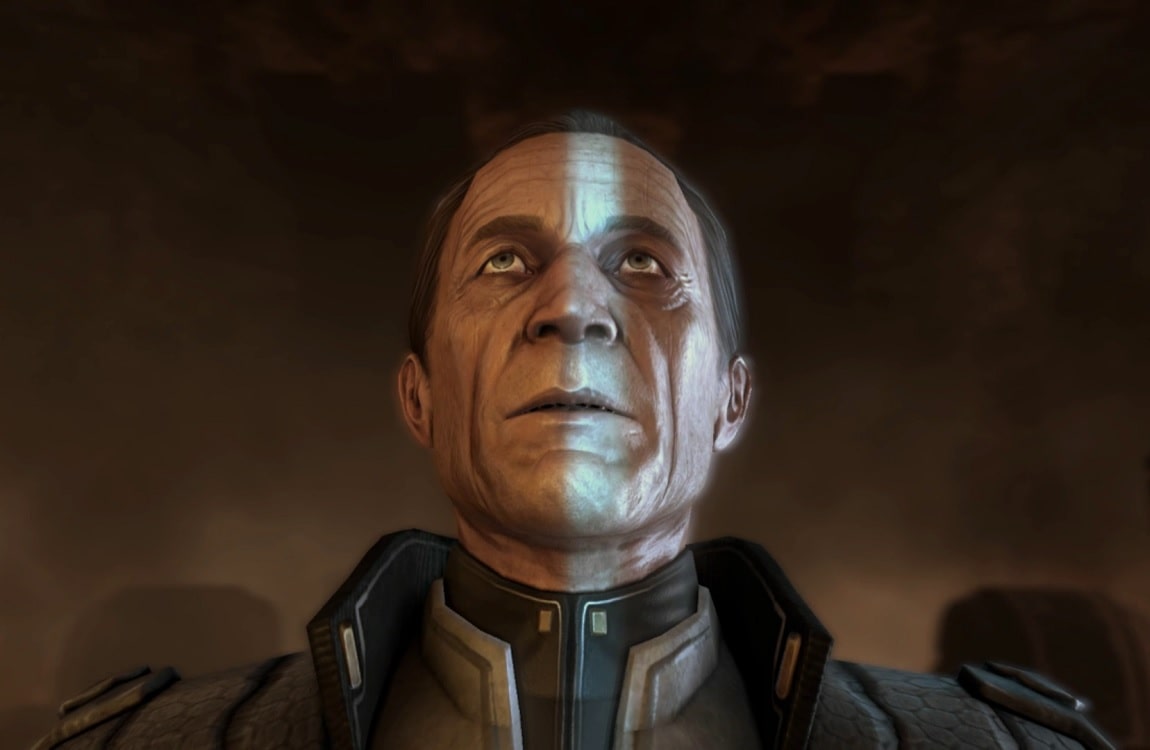 Karl Bishop Weyland was the senior director of the research facility on BG-386 featured in Aliens vs. Predator 2010 video game. Although claiming to be the ancestor of Charles Bishop Weyland, he was actually an android. He uses humans to breed Aliens and is focused on unleashing the powers of an ancient pyramid and the Predator technology inside. He is finally killed by the Rookie in the end of the Marine campaign. He gets extra points and a spot on this list for being voiced by Lance Hendriksen. 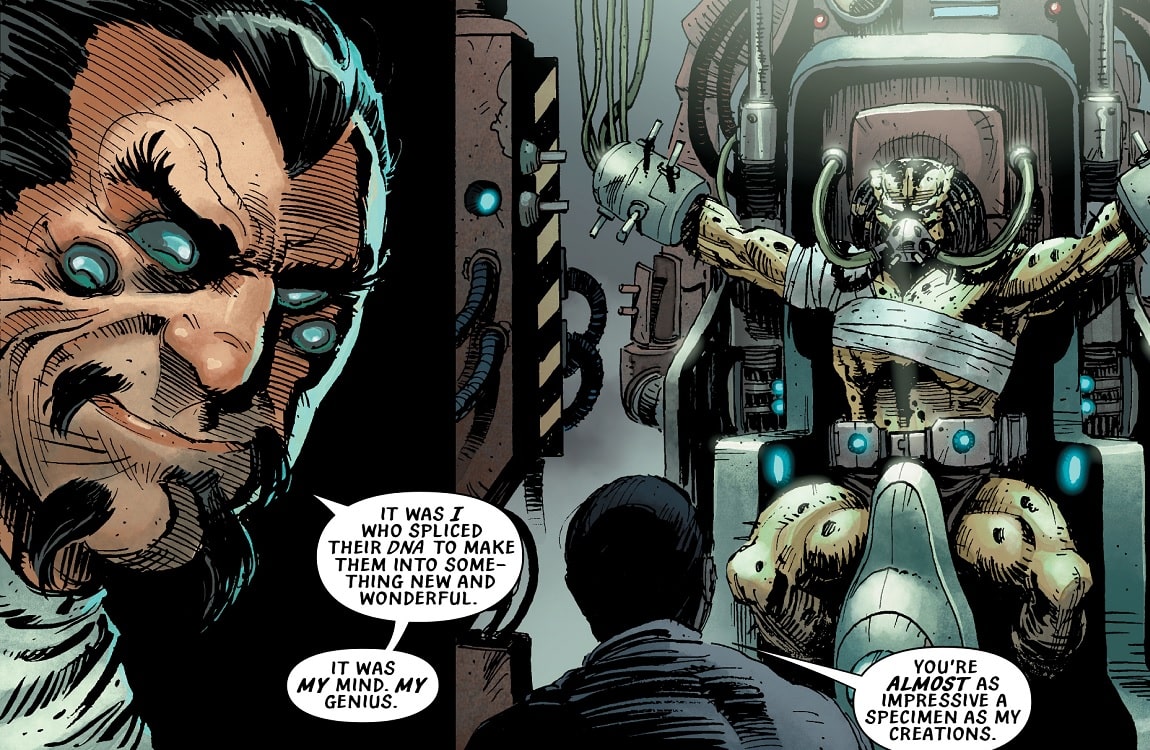 Dr. Niels Reinstöt was a gene-splicing, mad-scientist from Mega-City One. Prior to his interaction with any Aliens and Predators, Dr. Reinstöt once claimed he was with Mega-City One's Department of Disease Eradication, and informed City Orphanage BD36-30 that each orphan was to receive a mandatory vaccination against Rad-pox. Dr. Reinstöt created a Predalien and Xenomorph Hybrids via gene-splicing and joined forces with Archbishop Emoji. Finally he transformed into a Xenomorph Queen when injecting himself with a concoction of Xenomorph DNA he extracted from the skull. You could not make this stuff up. Dr. Reinstöt was included in the Predator vs. Judge Dredd vs. Aliens comic. 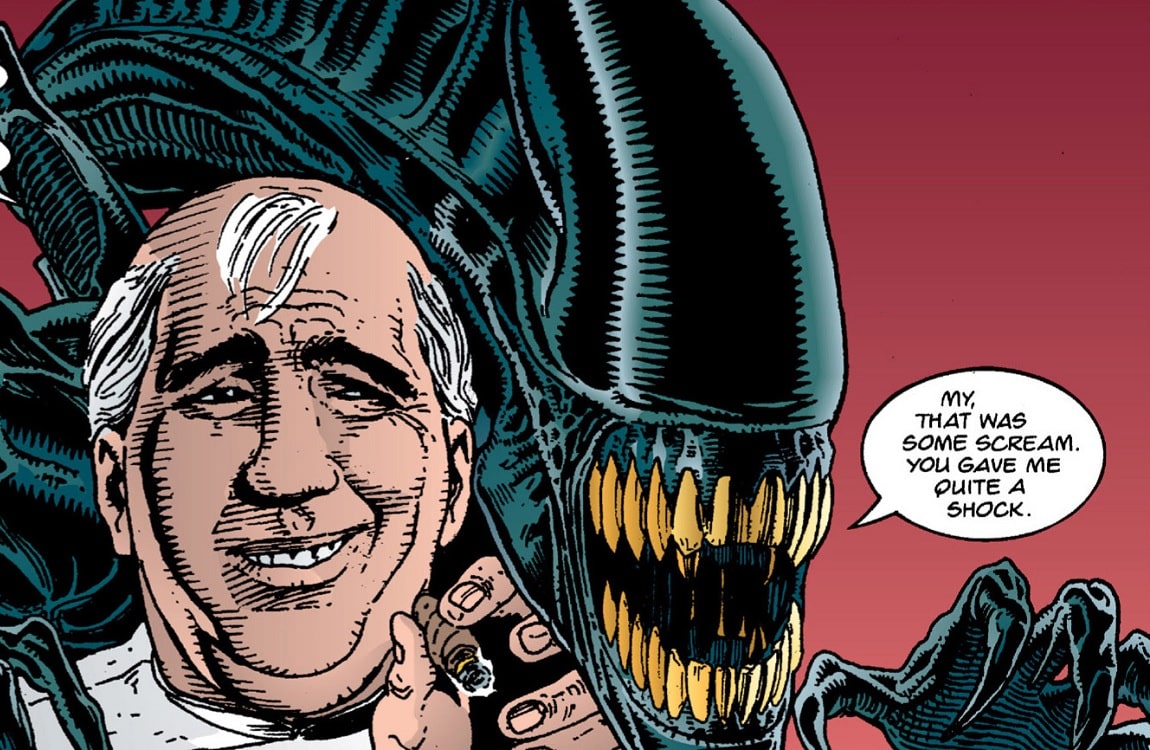 Caspar Nordling was a biotechnologist that worked for the Grant Corporation and was assigned to one of the company's owned Hive outpost to perform Xenomorph-related research. Being the only human occupant of the outpost, he was slowly driven mad and soon began to abuse his position, constantly mistreating the facility's synthetics. In the end he is seemingly killed by his pet robot Alien Jeri who exacts revenge on him for mistreating other synthetics. Dr. Nordling was a character in the Aliens: Stronghold comic. 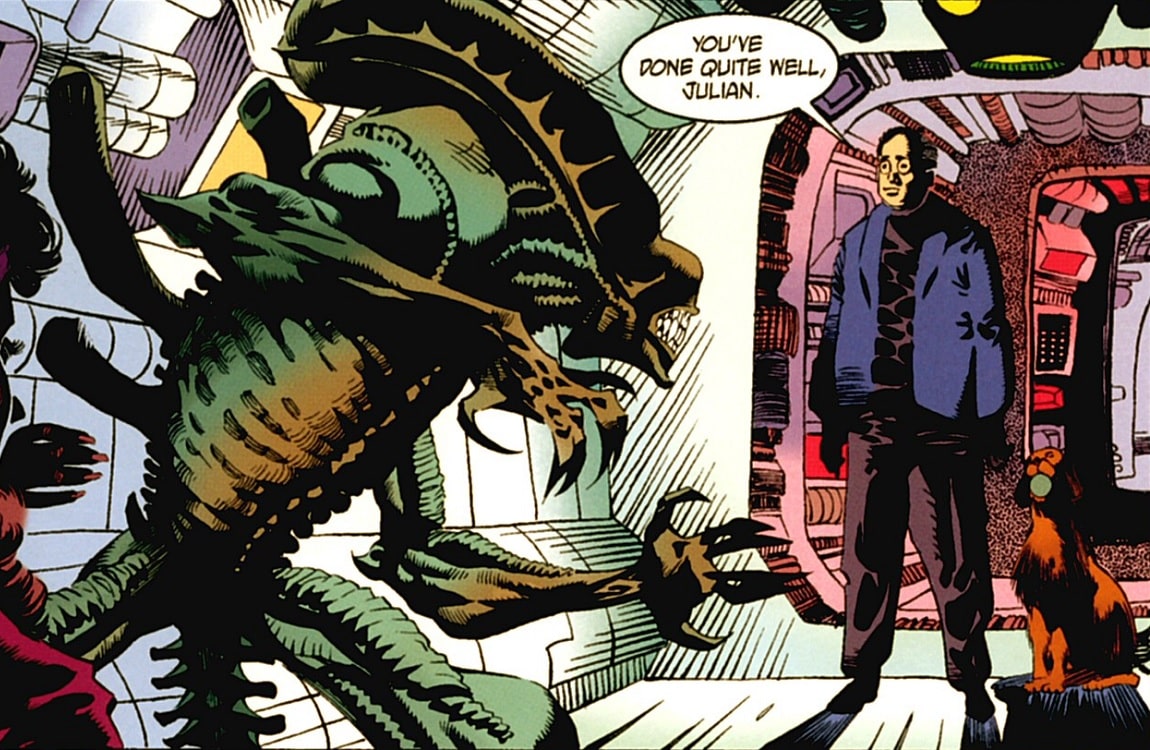 Doctor Stanislaw "Stan" Mayakovsky was a geneticist and scientific author who was working in the field of synthetics and insect anthropology during the period after the Alien infestation of Earth. He was the author of the popular work on ant socio-biology Cyberantics, in which he created a synthetic ant to infiltrate and study an ant colony. He was addicted to Royal Jelly, a substance secreted by the Queen Alien to create more Queens. Later, he created one of the first synthetic Aliens, called Norbert. Using Norbert he tried to infiltrate an Alien hive for study and collecting more Royal Jelly. In the end he is infected by a facehugger, and dies after taking a final dosage of Royal Jelly and saying goodbye to his girlfriend. Dr. Mayakovsky was a character in the Aliens: Hive comic (aka Harvest). 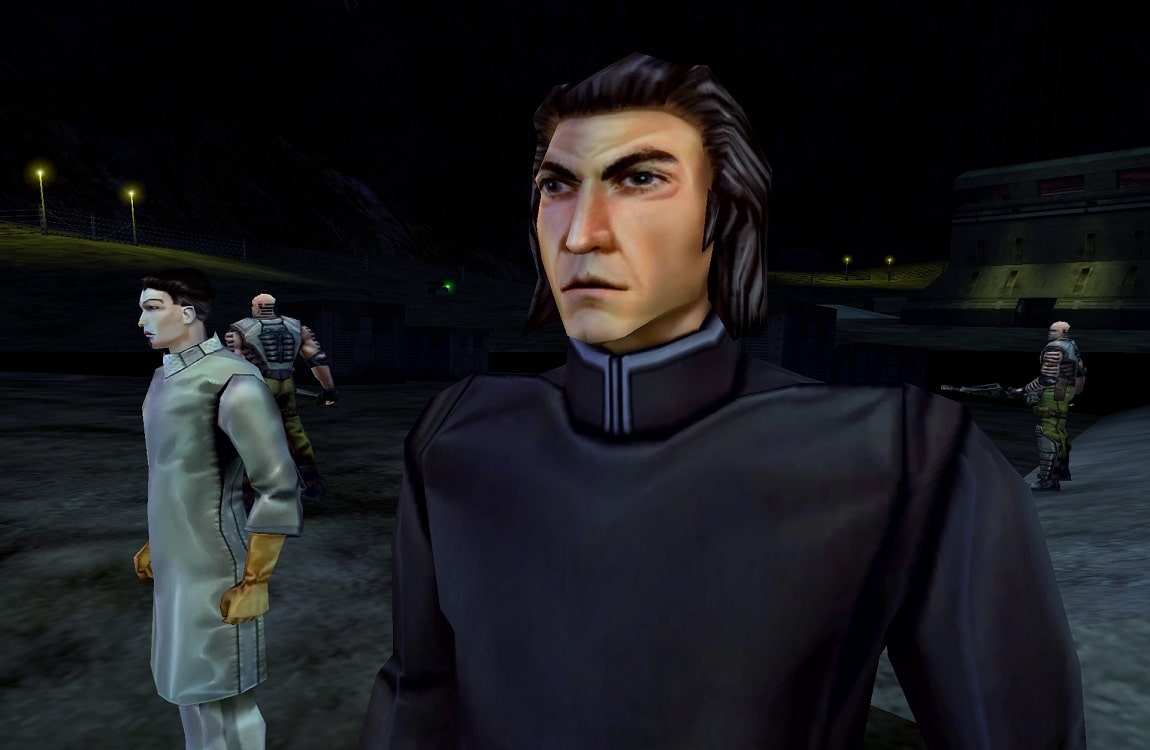 Dr. Eisenberg was the main villain of Aliens vs. Predator 2 video game. He was the owner of the science facility and colony on LV-1201. He was the sole survivor of the first Alien infestation on LV-1201. He survived by barricading himself in and eating the flesh of other colonists. When rescued, he suffered acid burns and later developed a mad hatred for the Aliens. Later it turned out he is actually an android (or maybe the original Dr. Eisenberg was replaced by an android?). He ends up being cocooned to a hive wall without any arms or legs, his final fate unknown. 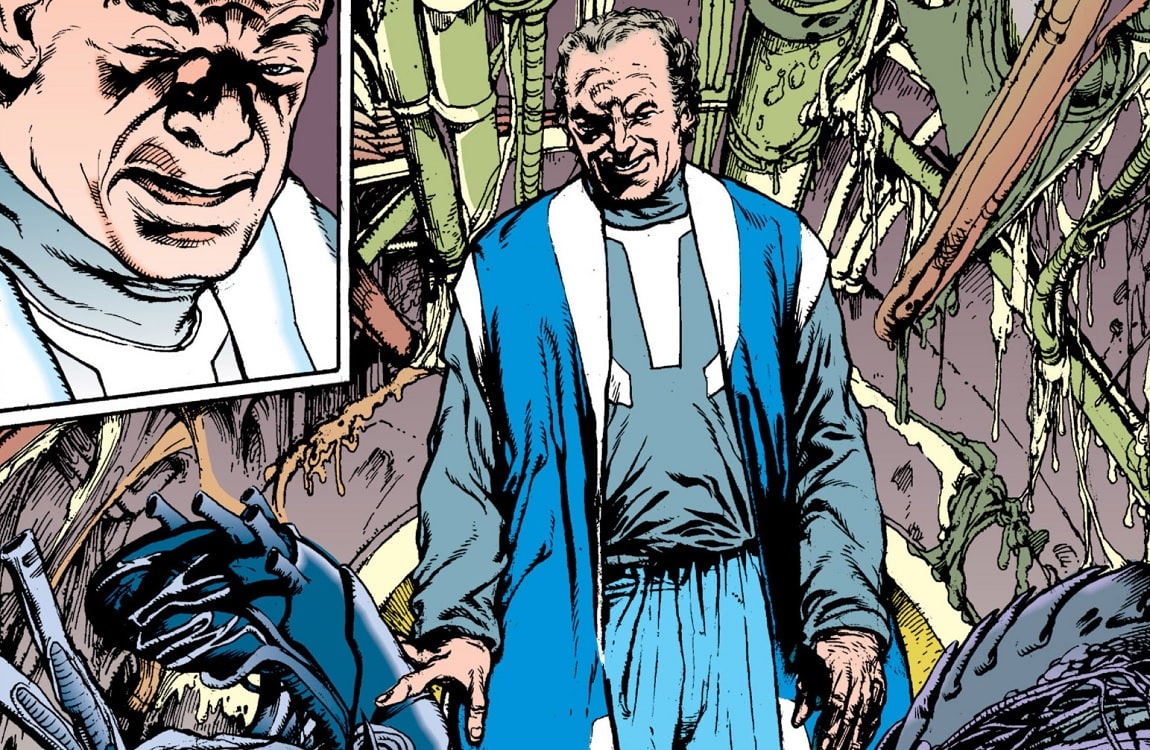 Professor Kleist was the director of Charon Base, a remote research facility located on an asteroid. He experimented on the Aliens and tried to create a new breed of Alien - a hybrid king nicknamed a Rogue. Of course, he failed and his creation ended up wrecking the base. In the end, the Rogue fought with a Queen and although doing well in the fight at first, the Queen killed him. Professor Kleist was presumably killed when Charon Base blew up when a Sound Cannon exploded. Professor Ernst Kleist was the main villain in the Aliens: Rogue comic and later released novel. 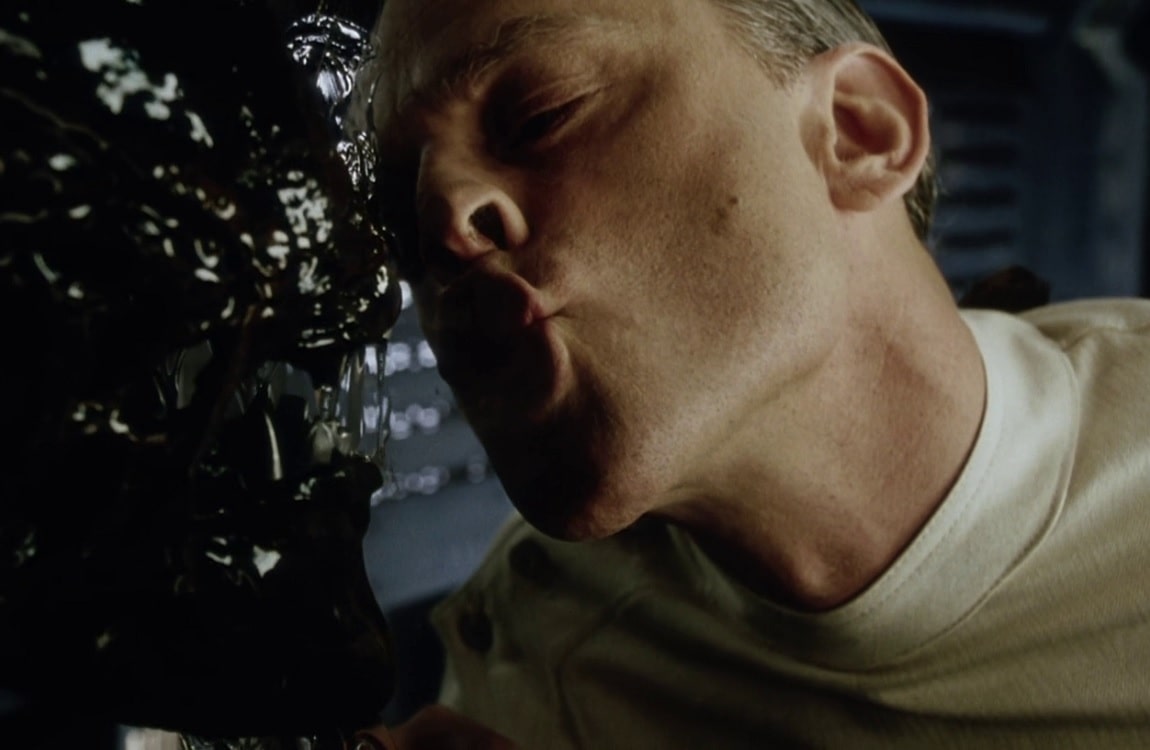 Dr. Gediman was one of the lead scientists aboard the USM Auriga who cloned Ellen Ripley in Alien Resurrection. He had a sick fascination with the Aliens, even going as far as licking the glass between them. Captured by an Alien, he is cocooned to a hive wall and impregnated by a chestburster. Seeing the birth of the Newborn, he gives a fascinating speech and is finally killed by the Newborn. 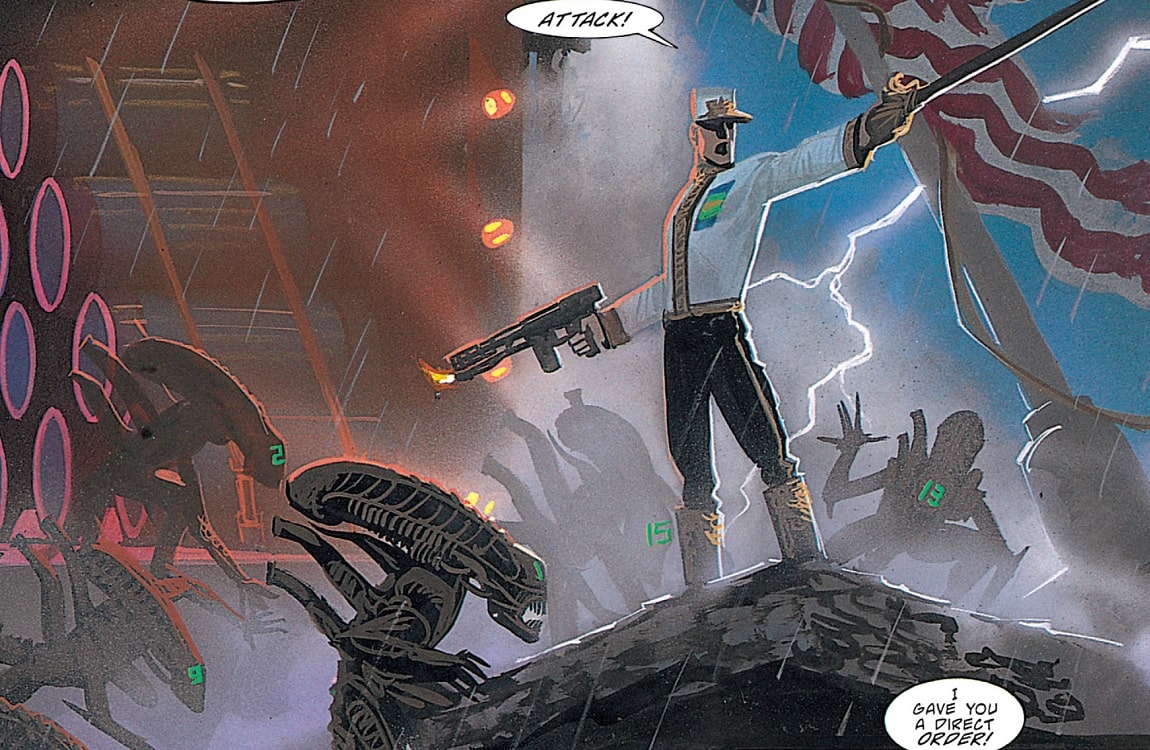 Not a scientist per se, he was a member of the United States Colonial Marine Corps and in charge of a Military Research Facility. He was experimenting with the Aliens and trying to develop them into controllable soldiers. He took the Alien army to Earth to battle the other Xenomorphs already there. His plan failed and the trained Aliens killed him. General Thomas Spears was included in the Aliens: Nightmare Asylum comic and later released book, which is one of the best Aliens novels ever. 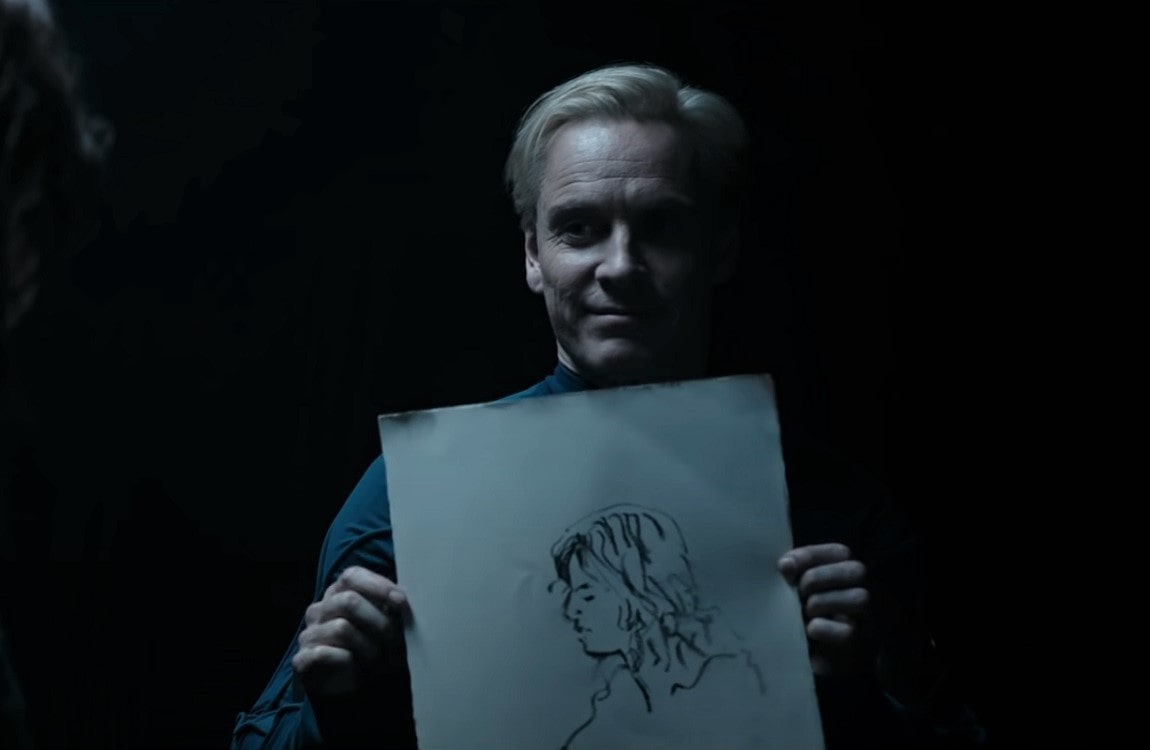 The villainous android from Prometheus and Alien: Covenant, he really didn't go into the "mad scientist" territory until the latest movie. Holed up in a cave for almost 10 years, he experimented with all kinds of Alien related creatures. It has been even hinted that his experiments created the Aliens. Fascinated by the Engineers and Aliens, he didn't really care about humans and allowed bad things to happen to them. As one of the first androids developed by the Weyland Industries, he did not seem to have any programming limitations to his erratic behavior. He is also the best part of both these movies. 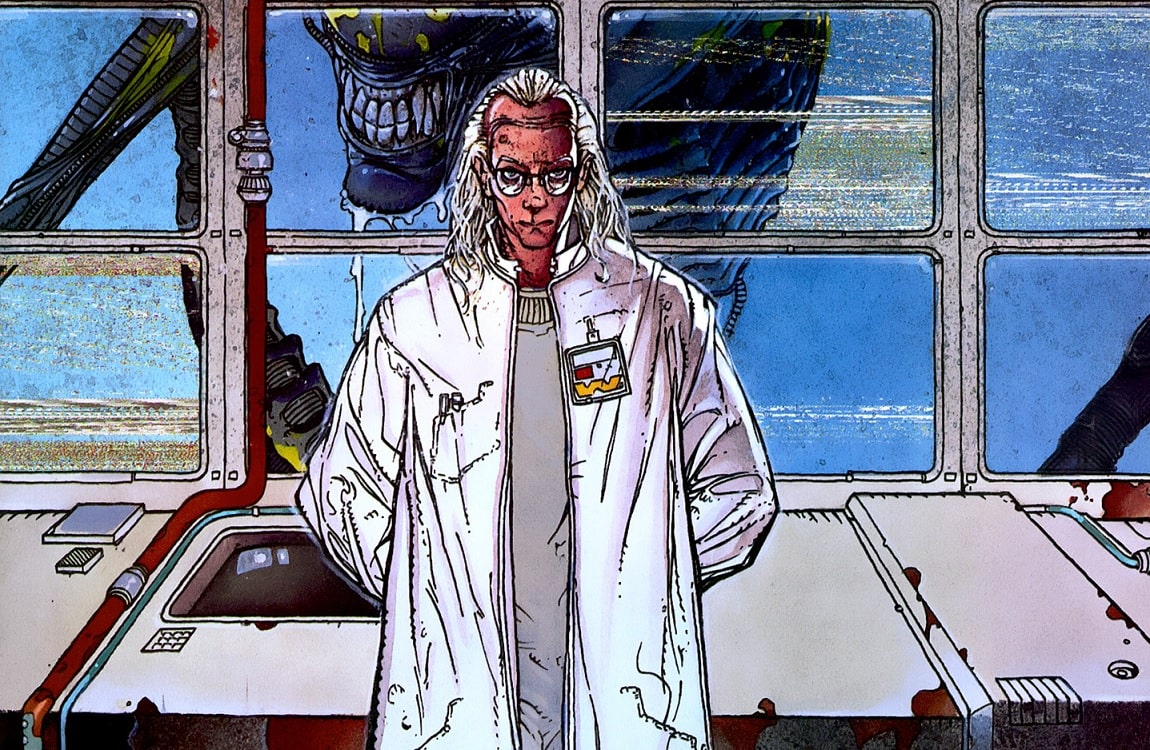 Dr. Church was one of the main characters in the Aliens: Labyrinth comic. He experimented on Aliens (and humans) in an acid-resistant lab. The most interesting thing about was his backstory, surviving for months in an Alien hive and starting his experiments there. He witnessed sick Aliens trying to make humans breed to create more hosts. Some of the humans are actually his relatives and friends from a space vessel. He was one of the few characters in this list to actually survive his many ordeals with the Aliens so he gets extra points for that. And was is batshit insane.