The Vikings are a great match for the Predators, sharing a similar warrior lifestyle revolving around battles and honor. Their connection seems more grounded, unlike the Yautja's spiritual connection with the Samurai or Native Americans. The Yautja have fought these nordic combatants on a few occasions, and some Predators have even chosen weapons and armor based on the Vikings. 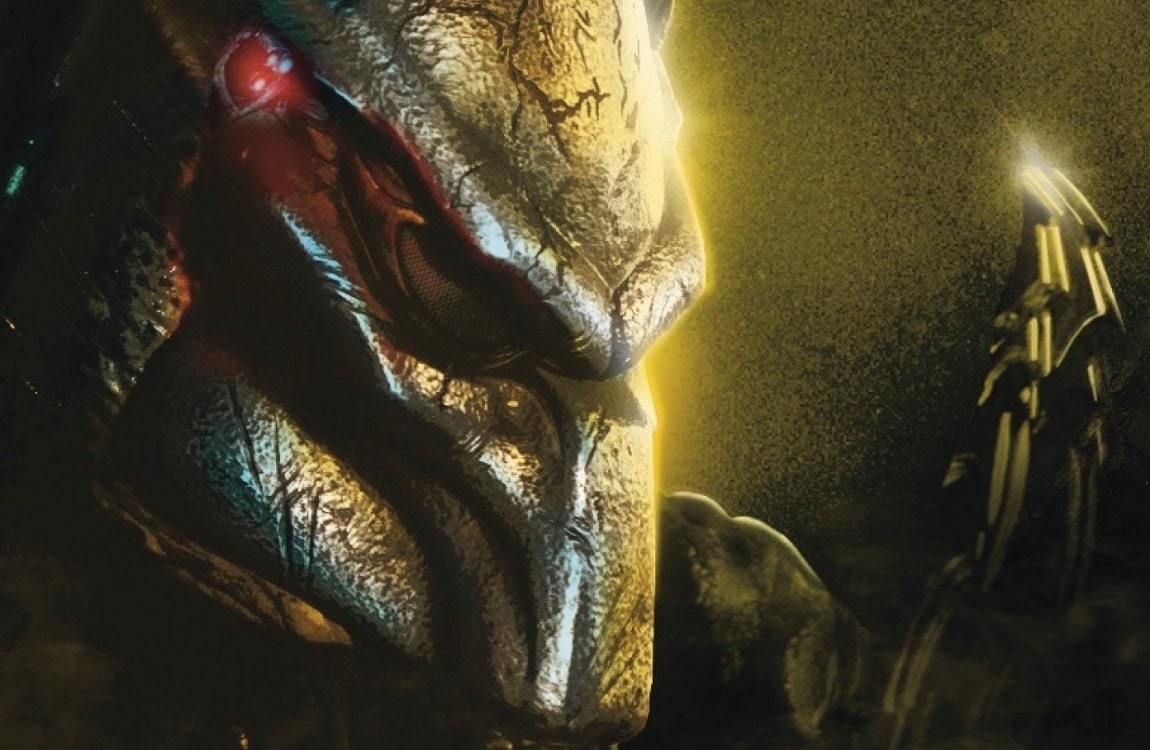 The Predator: If It Bleeds anthology book contained a short story titled "Skeld's Keep", authored by Alien vs. Predator veteran S. D. Perry. In the story, a band of Vikings headed by Jarl the Sword's Son went on a quest to conquer the lands of Skeld the Boarstooth. They were secretly observed by four Yautja on board a hidden ship. When the Vikings reached the keep of their enemy, they were attacked by crazed humans infected by a strange disease. Eventually, the Predators joined in the skirmish but resorted to limited armor and melee weapons to stay honorable. In the end, only four of the seventeen Vikings and one of the Predators survived. The Yautja named Kata'nu left his helmet to the men as a sign of respect, who then proceeded to burn Skeld's Keep to the ground. 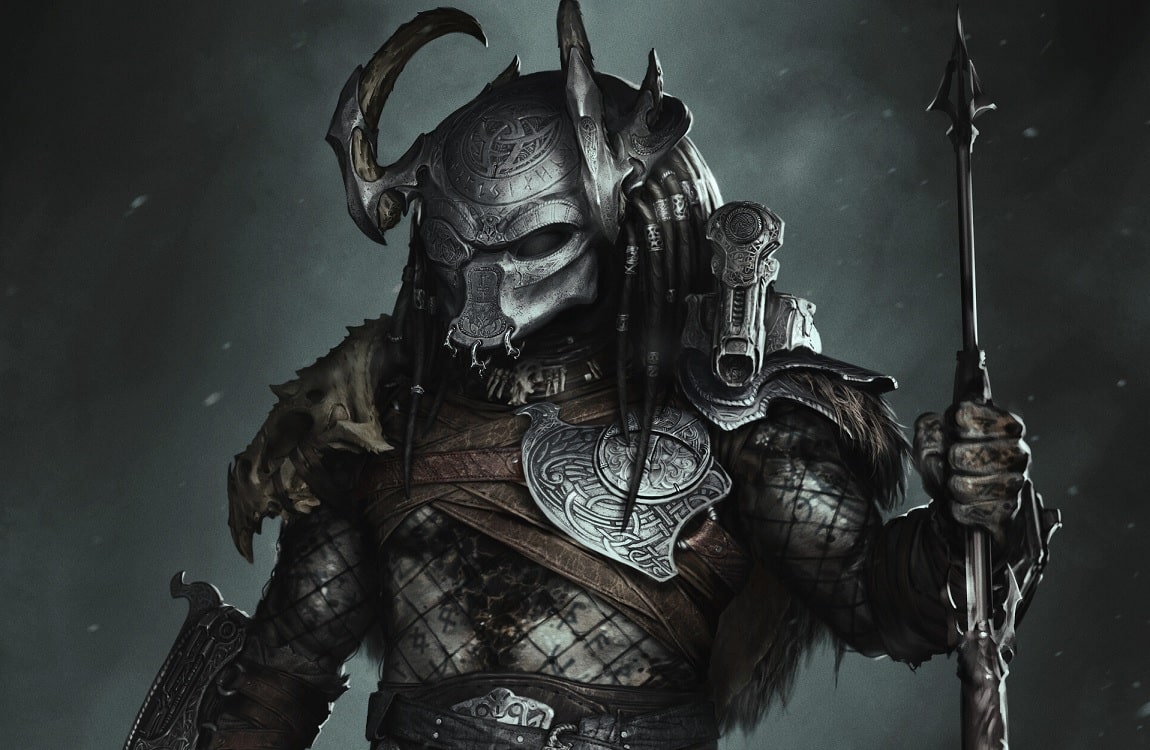 The Viking Predator is a playable character in a DLC pack for Predator: Hunting Grounds video game. The character was bigger and slower than the other playable classes, and came with a giant battle-axe. Although the game is multiplayer-focused, each of the released characters has some short story details attached to them. The game explained that during ancient times when Vikings conquered areas across their borders, they attracted the Predators from the skies. When the legends of the Yautja spread, the Norsemen saw an opportunity to have an honorable death, or perhaps even rise to glory by taking down this godlike creature. The feud between the Vikings and Predators lasted for centuries, with both sides serving losses. 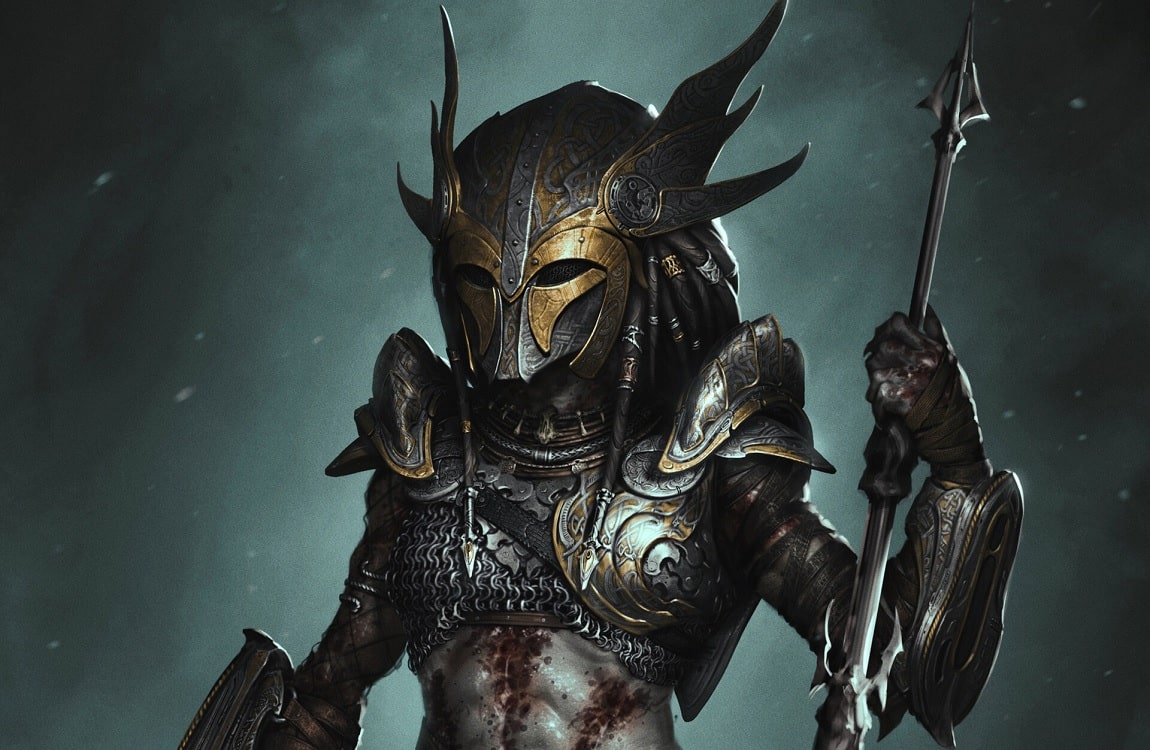 A few months after the Viking Predator, the Valkyrie Predator DLC was released for Predator: Hunting Grounds. This female Yautja wielded a giant Norse Hammer that dealt great close-range damage but was overall faster and leaner than the Viking Predator. In terms of story, she was a mighty Predator avenger sent upon the Norsemen to exact revenge for her fallen clan-mates. She was their best warrior and no Viking could ever defeat her. The Valkyrie seemed to be familiar with the faith of Odin and it was her privilege to send men to Valhalla, offering an honorable death. 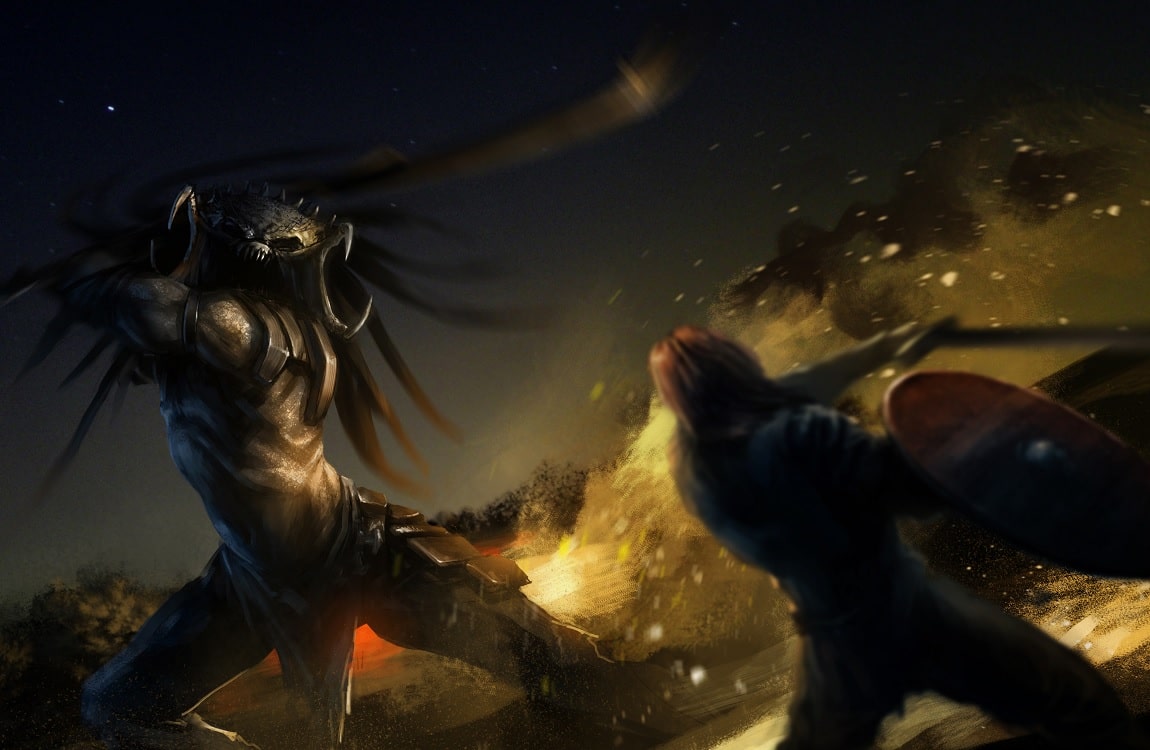 Predator: Valhalla was a proposed fan-film that got stuck in limbo status waiting for crowdfunding. In the story, the Predators visited a holy forest near a Viking village each year to fight their best champion. The champion was expected to always lose and his maimed body would be discovered days later. One year, this would change, and the champion would finally defeat a Predator. However, this would anger the godlike Yautja and put the whole village in jeopardy. The proposed movie includes concept art and a trailer, promising a gritty and violent experience. 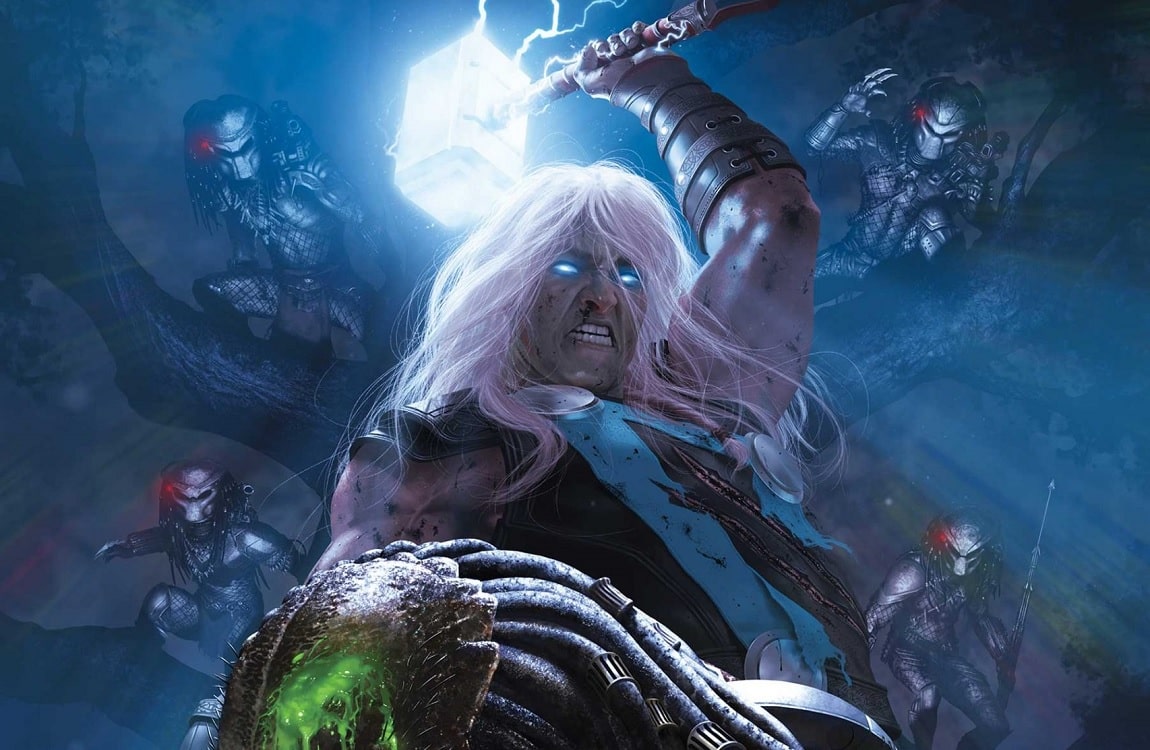 After Disney acquired the rights to 20th Century Fox, Marvel gained the license for Alien and Predator comics, a valuable property that had been in Dark Horse for years. To celebrate this win, Marvel created official variant covers for several of their famous superhero characters, pitting them against Aliens and Predators. One of these covers was for the Thor, the Asgardian superhero worshipped by Vikings. In this crossover event by artist Razzah, Thor was about to smash in the skull of a wounded Yautja with his Mjölnir hammer, while other Predators watched on in the trees. Although no crossover comic has been announced yet, it remains a possibility for the future. However, all Predator comics by Marvel have been delayed, possibly due to the legal troubles initiated by Jim and John Thomas, the original creators of the Predator script. 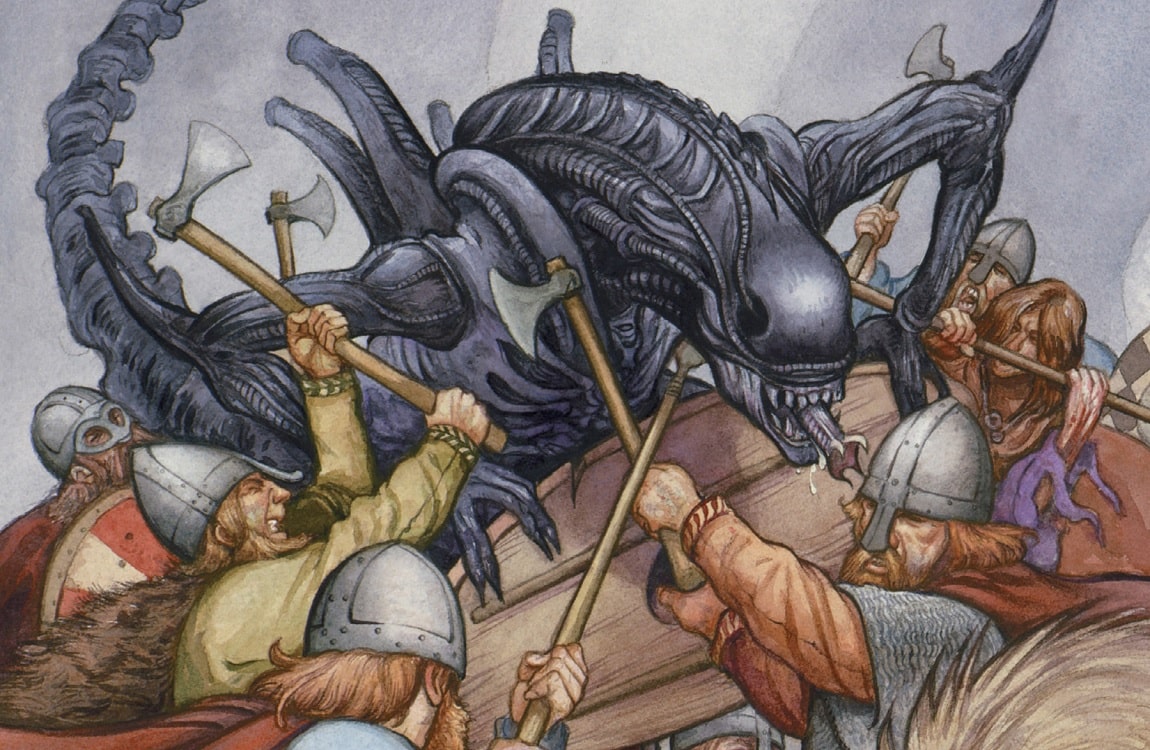 Although no Predators were involved, it's worth mentioning that the Vikings fought Xenomorphs in the comic titled Aliens: Stalker. This is a unique comic in the sense that it's usually the Predators who were fighting humans through Earth's history, not Aliens. In the story, a legendary warrior named Rainulf the Wraith-Stalker was called by the granddaughter of a dead king to beat a mythical Xenomorph. The Predators would have loved to witness and get involved in this skirmish. The comic ended with a twist, indicating that the story was told by a Colonial Marine (possibly an ancestor to Rainulf) to a group of others before combat with Xenomorphs.