Here is a list of the top 10 Predator weapons from the Predator movies and games. The Predators are known for their awesome and terrifying arsenal. We try to rank them by firepower and usefulness in different situations, against both human and Alien opponents.

The self-destruct device is a last resort weapon and shows up last in the list. All Predators use it on their hunts and it is a way to commit honorable suicide by destroying all the Predators advanced tech with it. It is not an offensive weapon, although some Predators have been known the remove it and escape the blast. The blast itself is said to be the size of 300 city blocks, although that can be an exaggeration. Dutch Schaefer survives the blast in the end of first Predator movie. The self-destruct device shows up in all the Predator movies and most games. 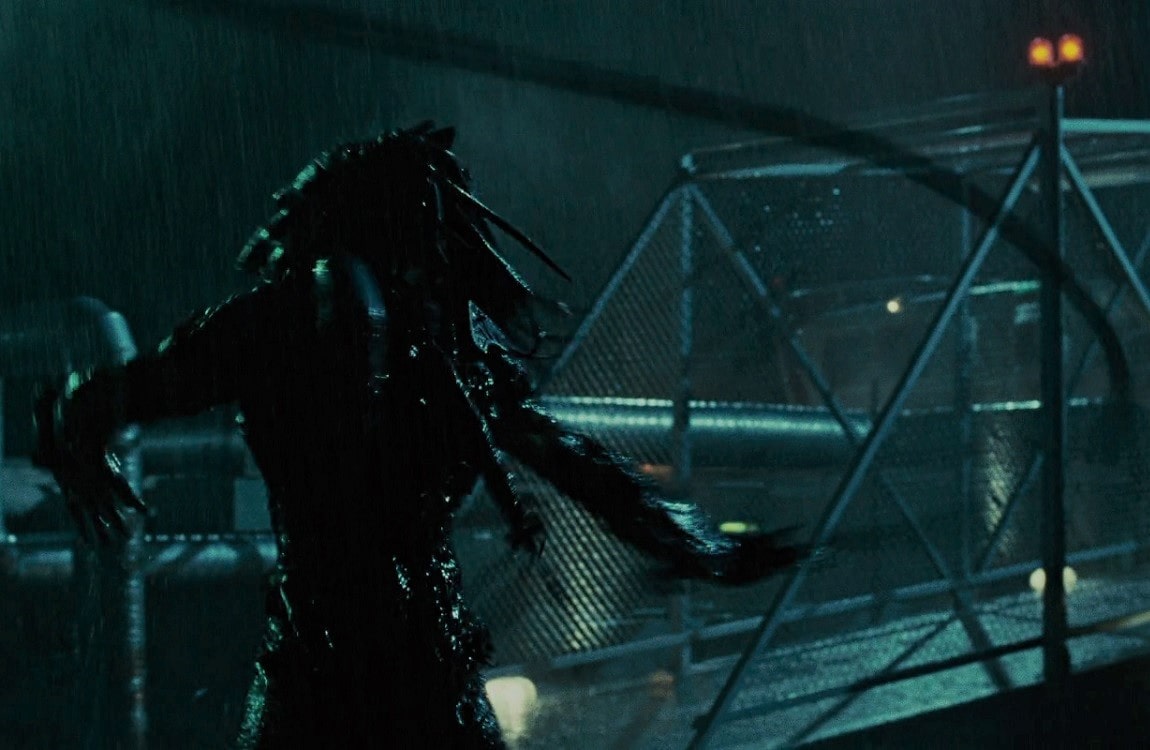 The whip is a short range weapon made with the main purpose of killing Xenomorphs. It is actually made from a Xenomorph tail and is one of the few Predator weapons that is resistant to acid. The whip wraps around the victim and slices it into pieces. Wolf uses it to great effect in Aliens vs. Predator: Requiem but it doesn't show up in much other Predator media. A female Predator uses a torture whip in the Predator: Rage War book, that has small blades with insect eggs under the blades. The eggs will hatch in the wounds, causing excruciating pain. 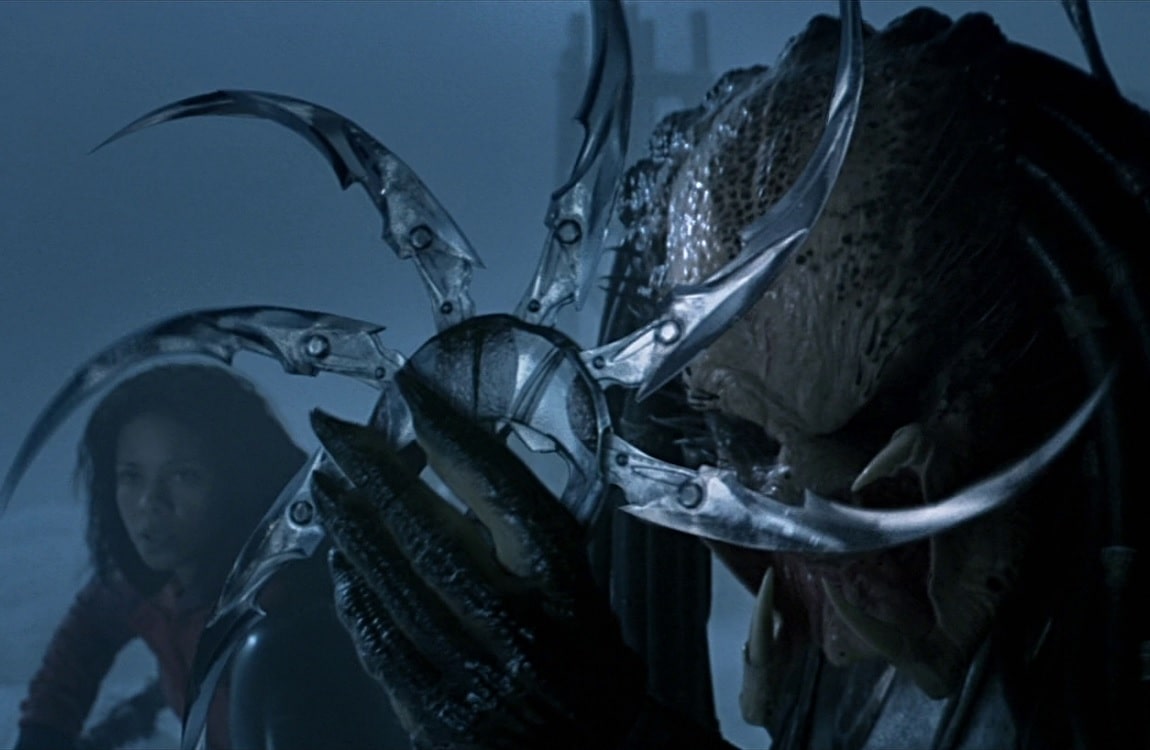 The shuriken is a fancy weapon first appearing in the Alien vs. Predator movie and invented by director Paul W. S. Anderson. The Predators wear it retracted on their legs, and can easily snap it to its full size. The shuriken can be used both as a melee or throwing weapon. It is sharp enough to cut the head of a Xenomorph in half. It will also appear in the upcoming The Predator movie, used by the fugitive Predator. 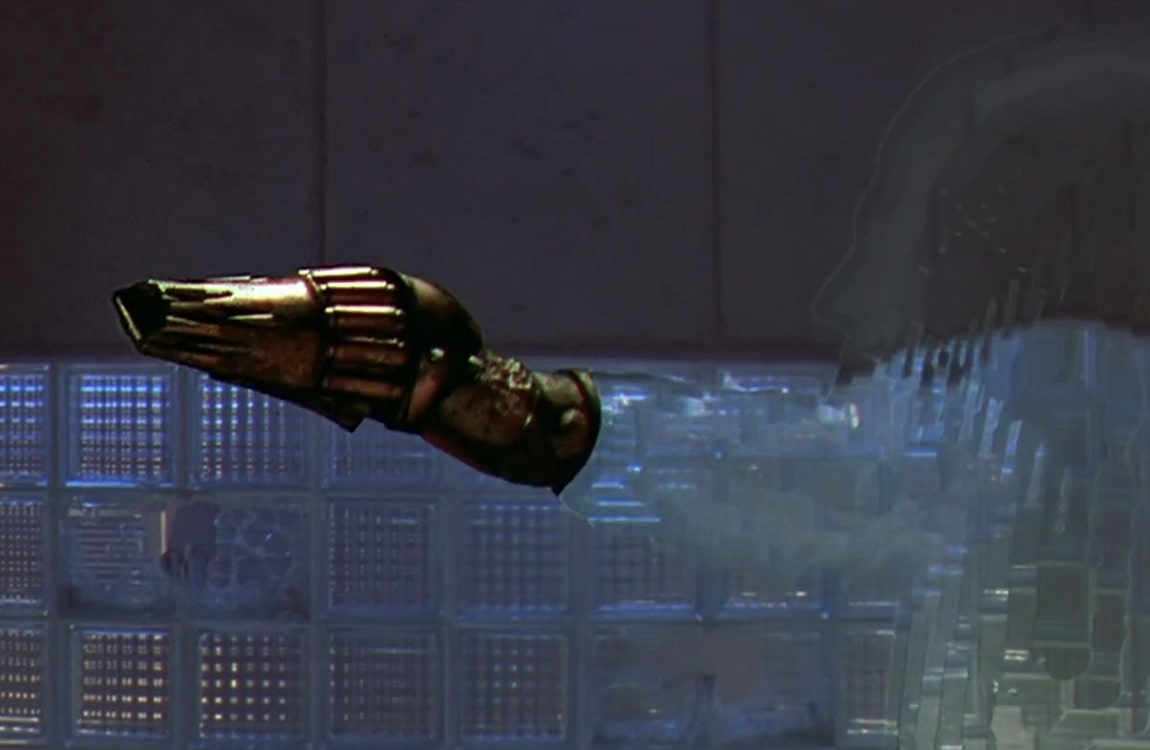 The netgun is one the fancier Predator weapons. It fires a metallic net that surrounds the target and starts to contract. The victim will be cut by the sharp edges of the net, leading to a painful death. It is not acid resistant and Aliens are known to escape the net after bleeding acid from their wounds. Some Colonial Marines have been known to escape the net by using a knife. The netgun shows up in Predator 2, the first Alien vs. Predator movie and the Aliens vs. Predator 2 PC game. 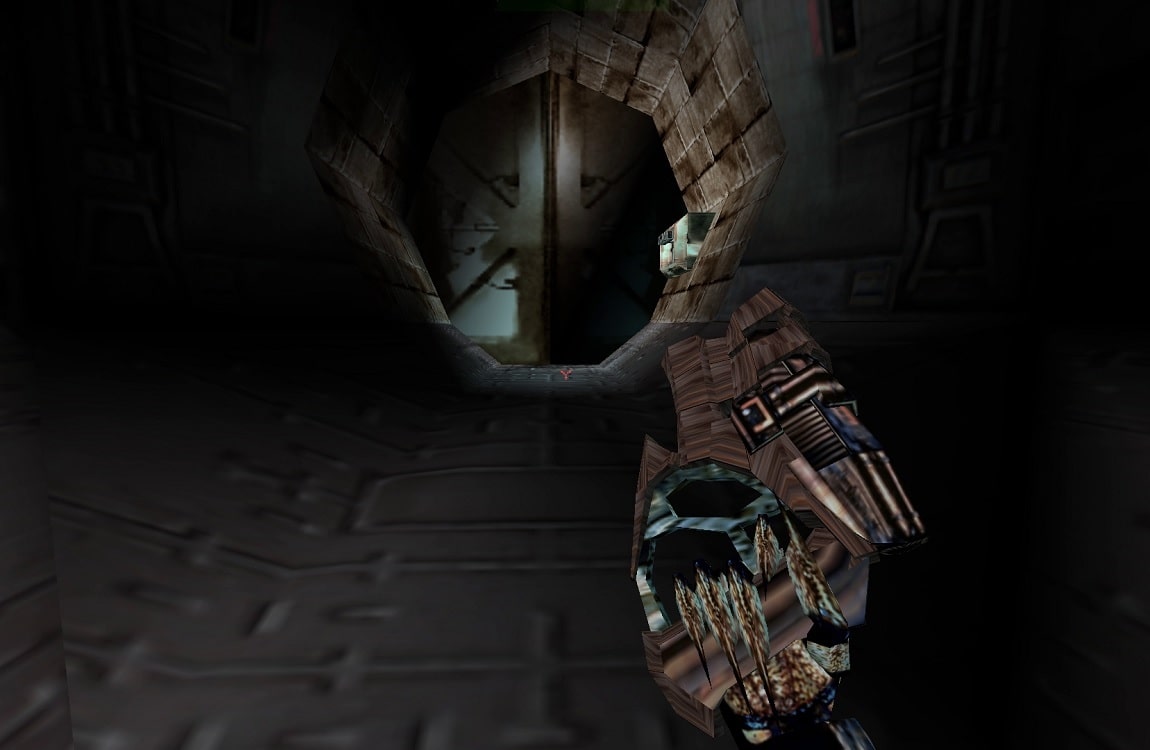 The pistol fires an electric charge that incapacitates and kills enemies. It is especially useful against Aliens, who often freeze and don't bleed acid when fired on. The pistol does not have its own ammunition and uses the same power source and the shoulder cannon. It shows up in the first 2 Aliens vs. Predator PC games but is missed in the recent ones. There is a similar weapon that fires plasma in the Aliens vs. Predator: Requiem movie, but it is missing the useful electric charge part. 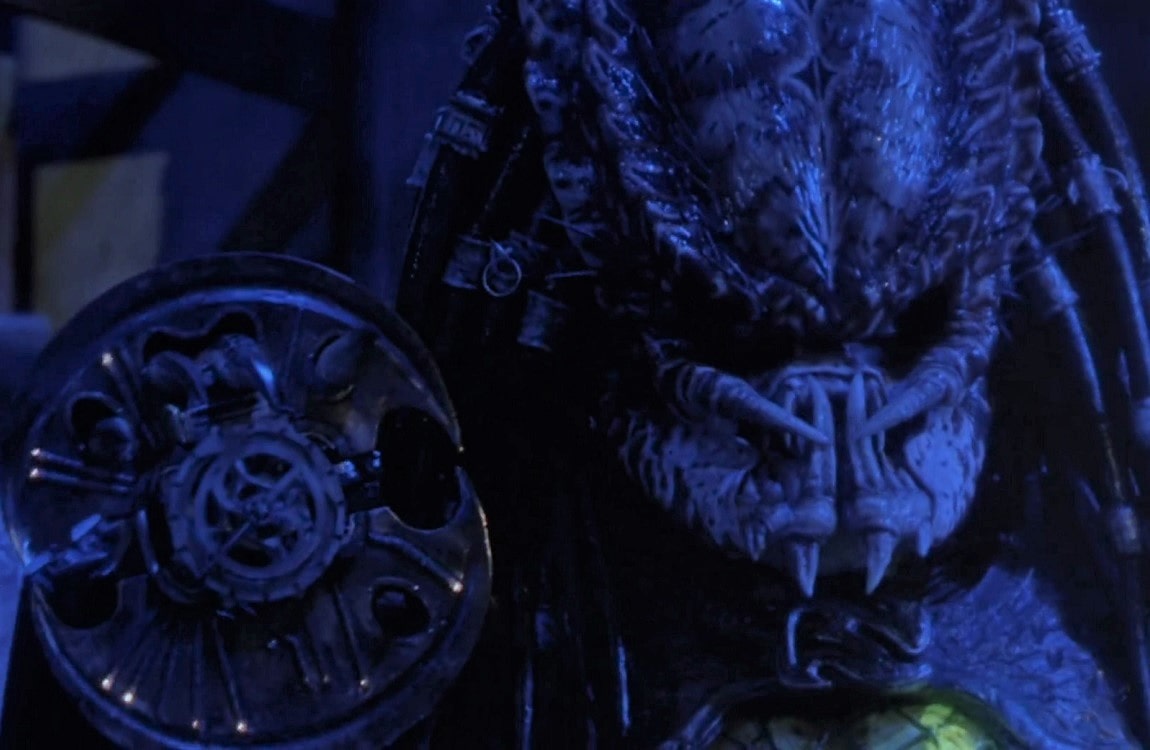 The disc is an advanced throwing weapon that uses an internal power source to spin and return to the user later. It is very sharp and can cut through most obstacles. The Predators usually carry the disc on their legs. The disc was notoriously used by Mike Harrigan to kill the City Hunter and claim the respect of the remaining lost tribe Predators. It shows up in Predator 2 and most of the Aliens vs. Predator games. 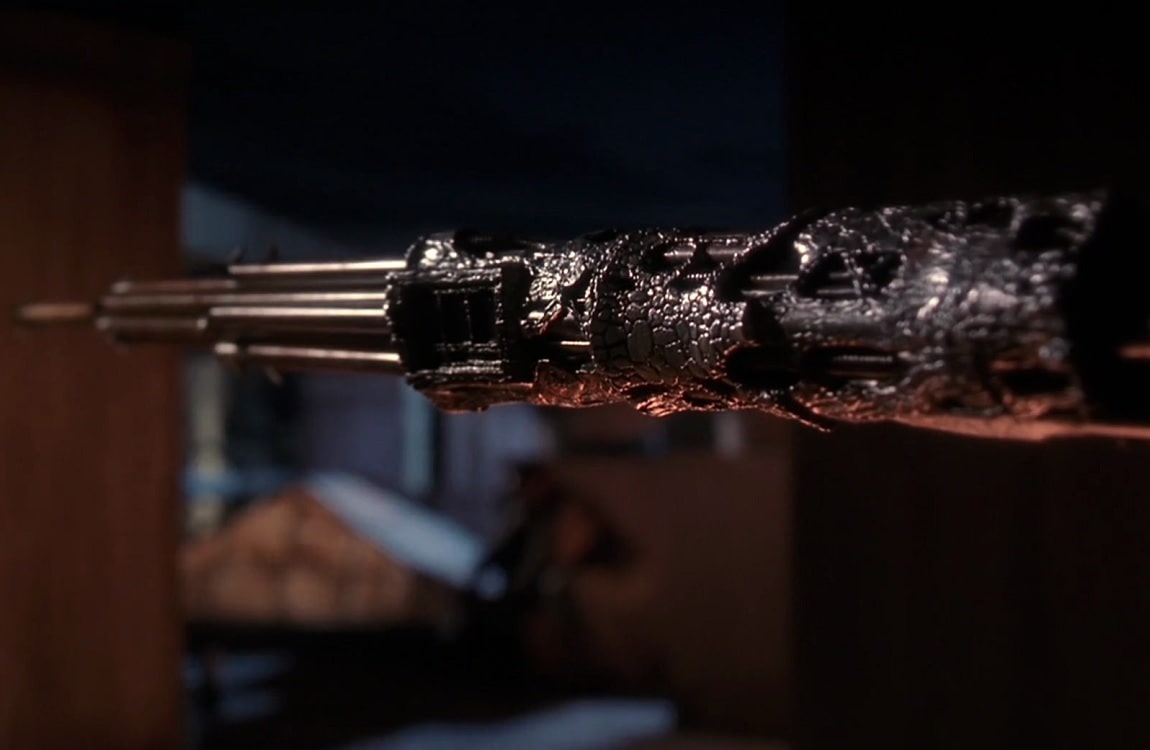 The spear is a retractable throwing weapon that can also be used for melee combat. Being sharp and heavy, it goes through most enemies and is able to easily impale them. However, it requires expert skill by the user to make an accurate and powerful throw. The spear should also be recovered after the throw to avoid it being used against the Predator, like happened in Predator 2. It is especially useful against combat androids in the Aliens vs. Predator 2010 PC game. 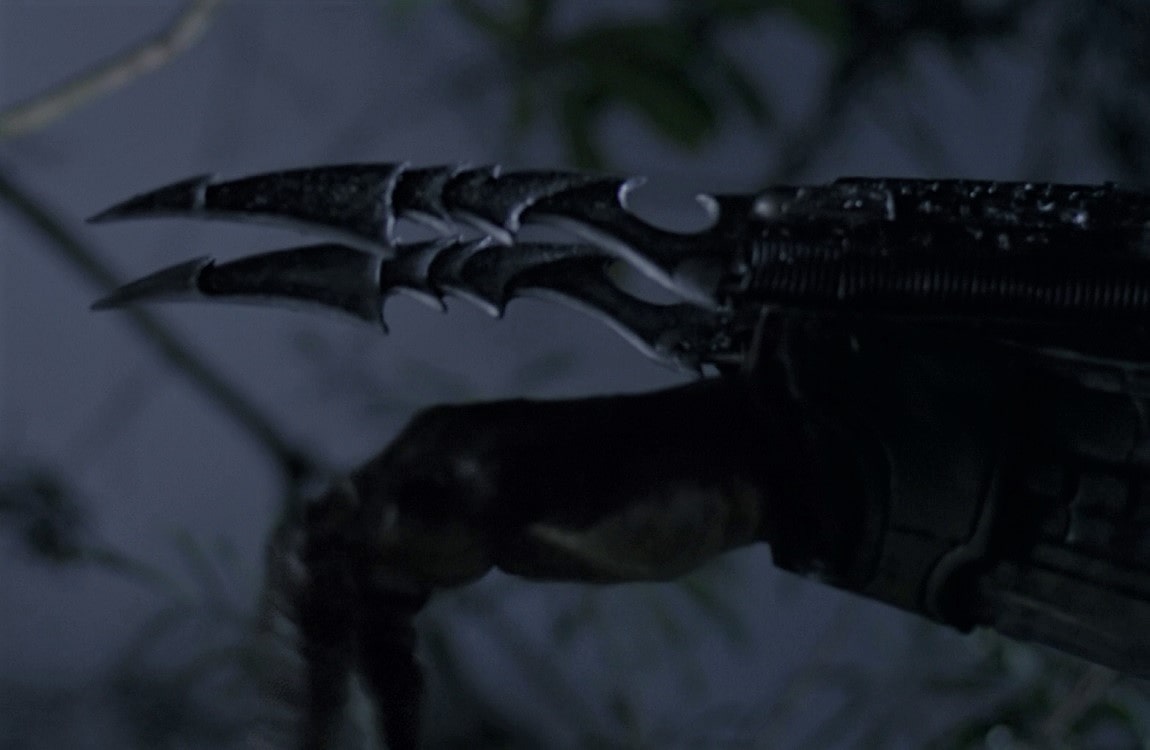 The wristblades are one of the Predators most well-known weapons. Meant only for melee combat, they come in various shapes and sizes. The youngblood Predators are known to use extra large ones to combat Xenomorphs. However, the wristblades are not acid resistant. The wristblades retract from the arms and are extra sharp for maximum gore. 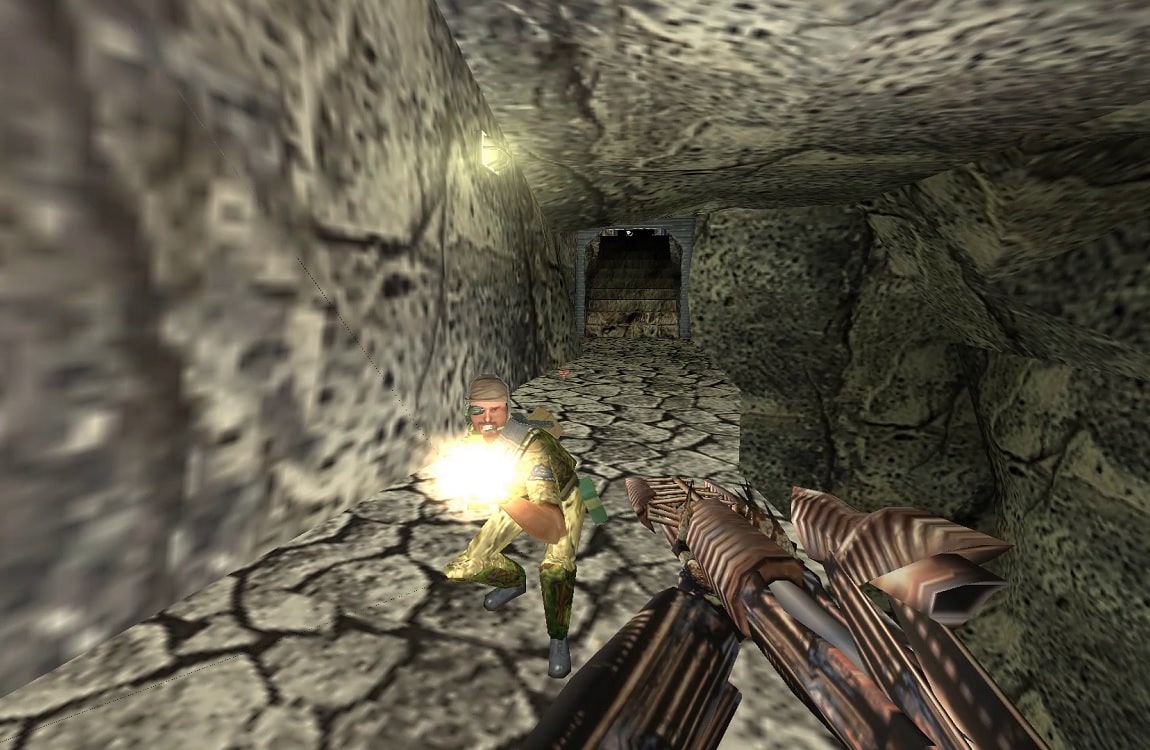 The speargun is a harpoon-like weapon used in Predator 2 and most of the Aliens vs. Predator games. You actually only get to see the tip of the weapon in Predator 2. It packs a strong punch, dismembering limbs and sticking victims to walls. It does not use the Predators power source but has its own ammunition that is depletable. In the games, the speargun is one of the most fun to use weapons and most usable against humans. It has a zoom function and can be used for sniping. 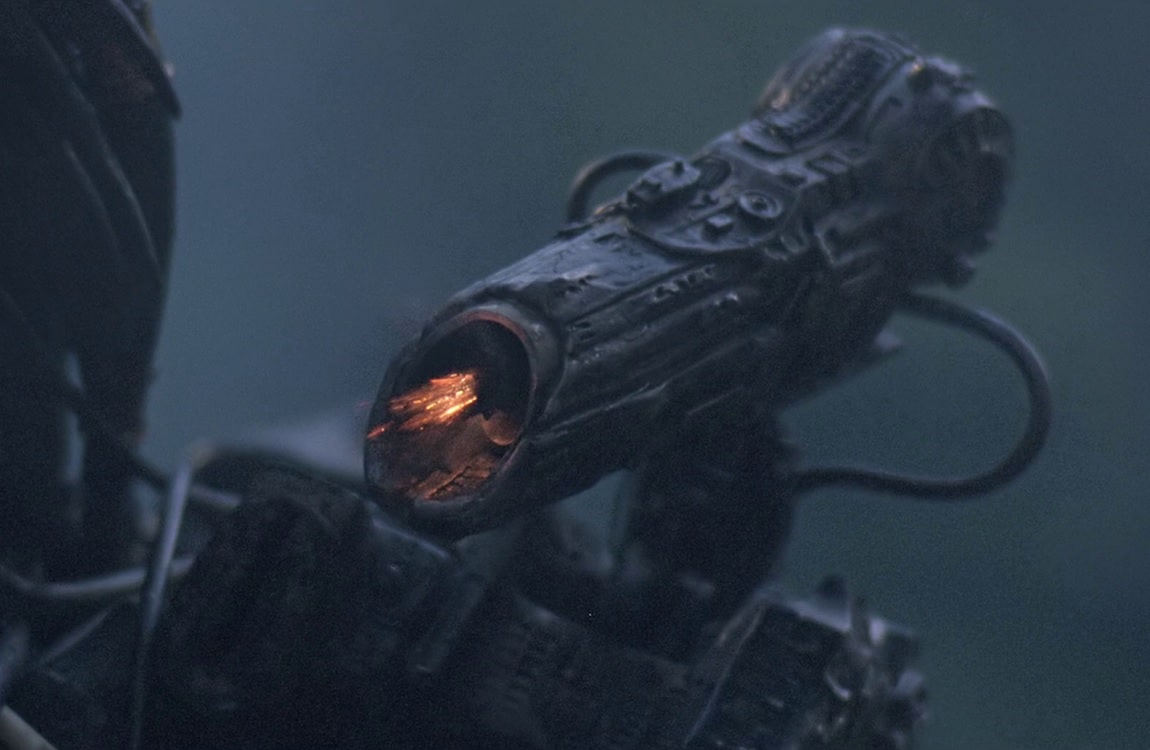 Want to know more about the Yautja? Check out the list of the most Badass Predators and look over the different Predator Types.