The Colonial Marines don't employ many personnel but use massive ships to travel them across the universe. The ships are fully automated and don't even need any crew to man them while the marines are on a mission. Most of these ships are similar to the USS Sulaco, the so-called flying Pulse Rifle with many offensive capabilities. The ship names follow the convention of referencing the characters or locations from the works of Joseph Conrad. 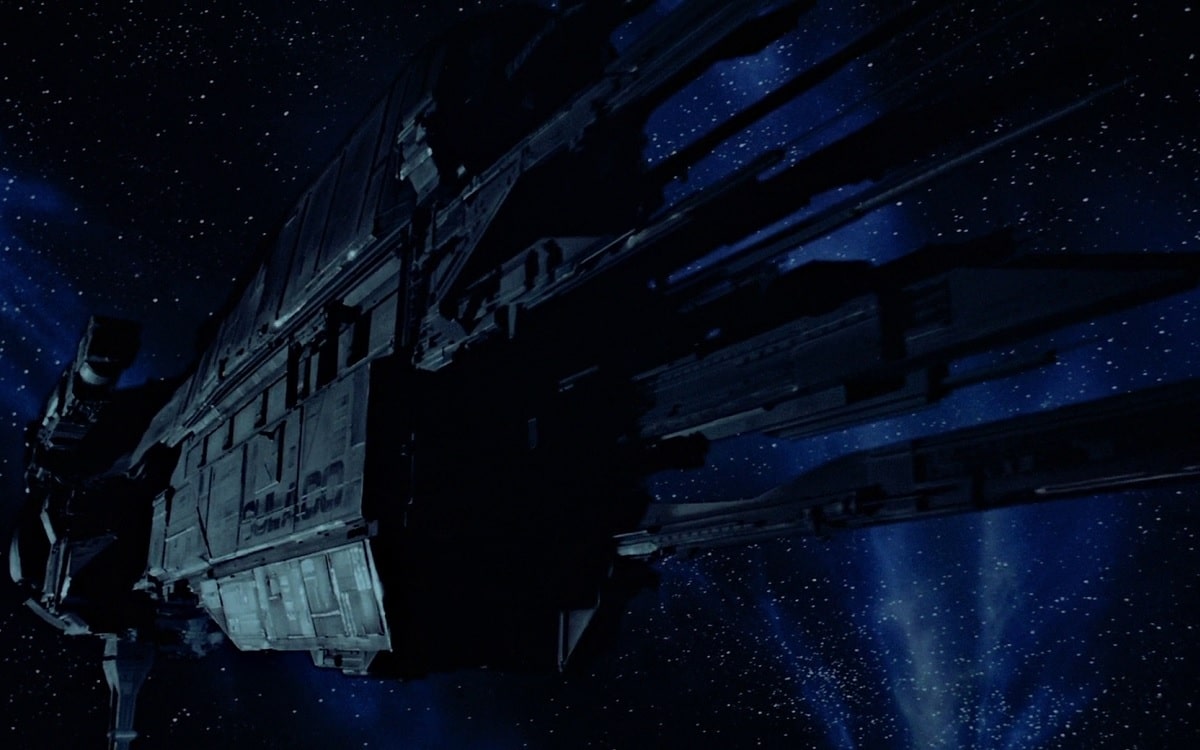 Besides the Nostromo, the USS Sulaco is probably the most well-known ship from the Alien franchise. The Sulaco was a Conestoga class troop transport ship that according to the Colonial Marines Tech Manual was built by the Lunnar-Welsun Industries. The ship transported the Colonial Marines from Gateway station to LV-426, where most of them were wiped out. On the return journey, a fire broke out in the cryogenics department and all survivors were jettisoned. The question of where the egg came from and the final destination of the ship is probably the biggest mystery in the Alien lore. Alternate fates for the ship exist in various Alien games, including Alien 3: The Gun (stayed near Fury 161), Aliens: Colonial Marines (returned and crashed to LV-426) and Aliens: Infestation (drifted aimlessly in space). 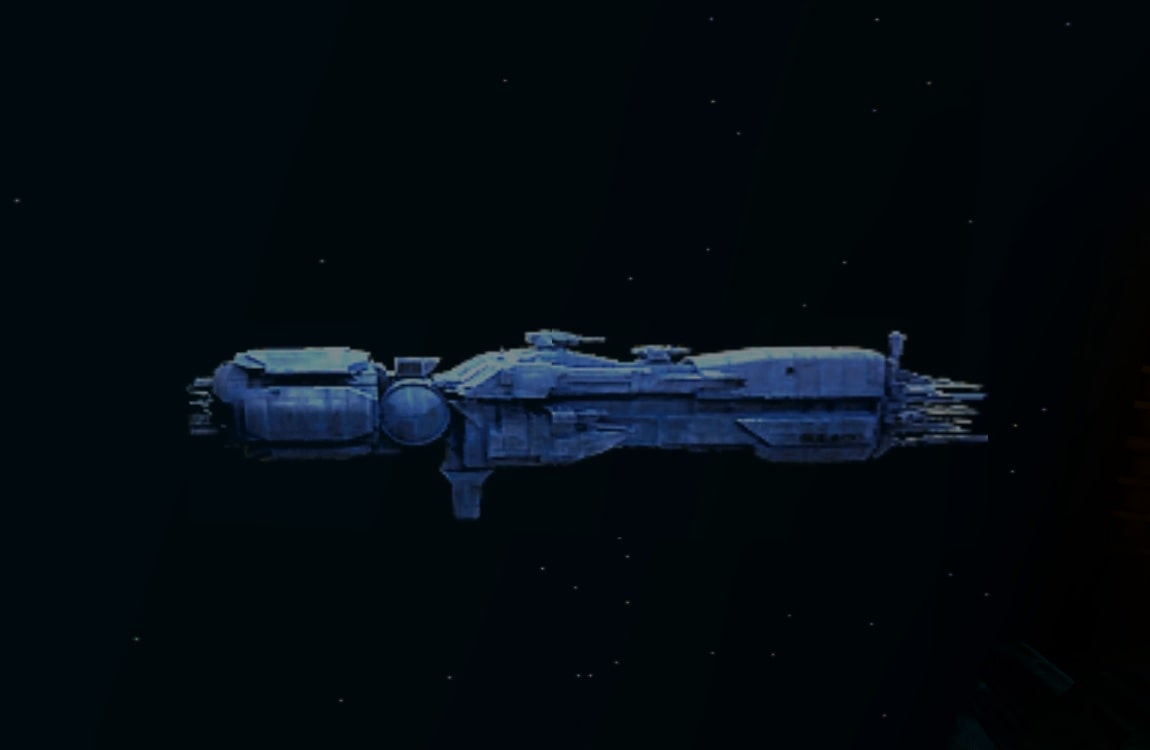 Although the Colonial Marines Technical Manual states that the Conestoga class was soon to be decommissioned, many sister ships of the USS Sulaco exist. One such ship was the USS Tyrargo from Aliens vs. Predator Classic, which looked exactly the same. The ship was docked with the Odobenus station near LV-426 and was suffering under a heavy Xenomorph infestation. The Tyrargo is the most difficult level in the Colonial Marine campaign and features many tough enemies, including Praetorians, Predaliens, and Predators. The final boss level against the Alien Queen takes place in the hangar of the ship. Similarly, to the end of Aliens, the Queen is jettisoned out of the airlock, but other Xenomorphs still inhabit the ship and its final fate is unknown. 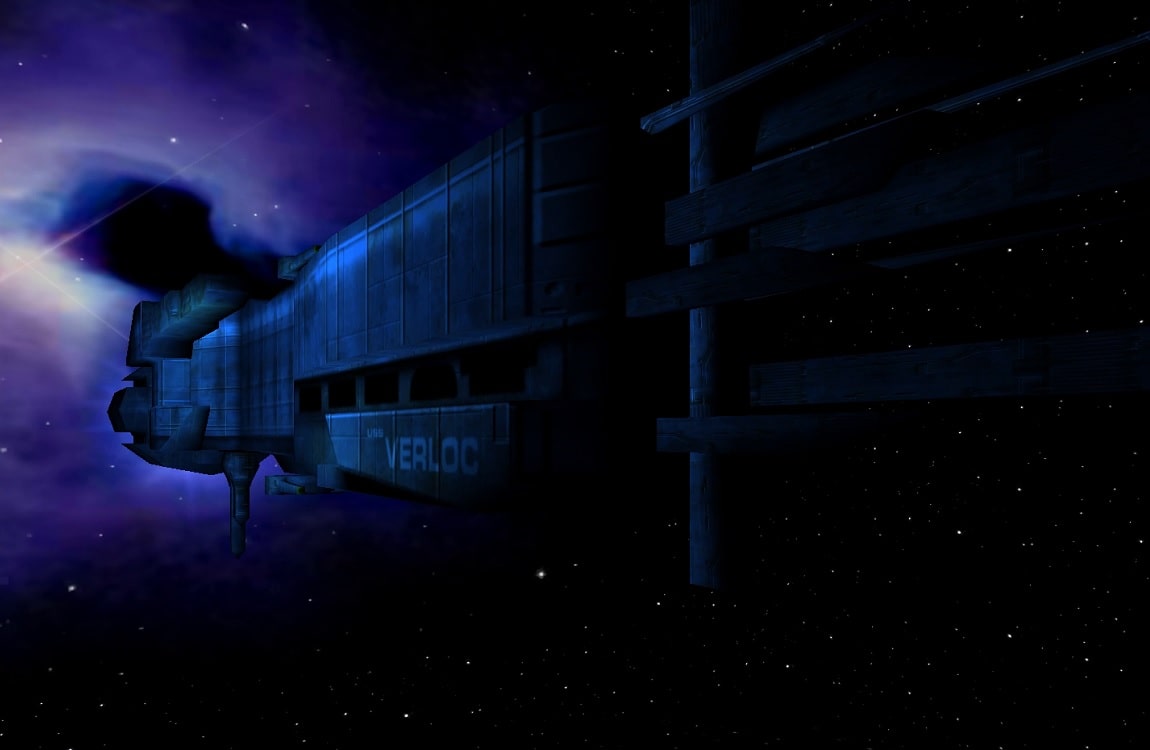 The Verloc from Aliens vs. Predator 2 is one of the few warships in the franchise that both survived intact and wasn't infested by Xenomorphs. It carried the Colonial Marines under Major McCain to LV-1201, responding to a distress signal sent by the Weyland-Yutani science team. The ship was supposedly also the Conestoga class, although with bit more sleek appearance. At the end of the story mode of the campaign, the ship leaves LV-1201 with the surviving marines, followed by a Predator ship. The USS Verloc was said to carry a mysterious "Mule", although it's not clear if it is a Space Jockey artifact or something else. 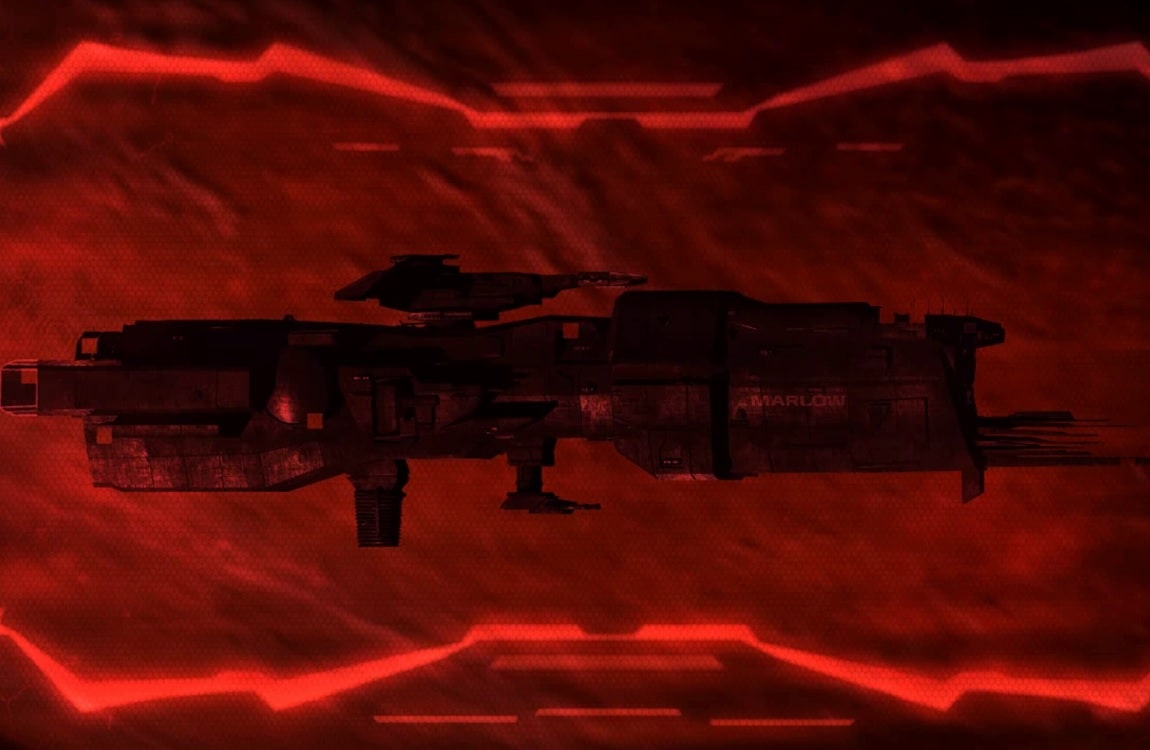 The USS Marlow from Aliens vs. Predator 2010 carried the Colonial Marines to BG-386, answering another distress signal. The starship was the Bougainville class which was already mentioned in the Colonial Marines Tech Manual and was a new type of ship destined the replace the decommissioned Conestoga class. The main difference with the Conestoga class seemed to be the massive top turret and fewer antennas in the front. However, the heavier firepower never came to use, as soon after arriving in orbit and releasing a few dropships, the USS Marlow was destroyed by a cloaked Predator mothership. The surviving marines did manage to get some payback, as private Rookie killed several Predators and escaped the planet alive with Corporal Tequila. 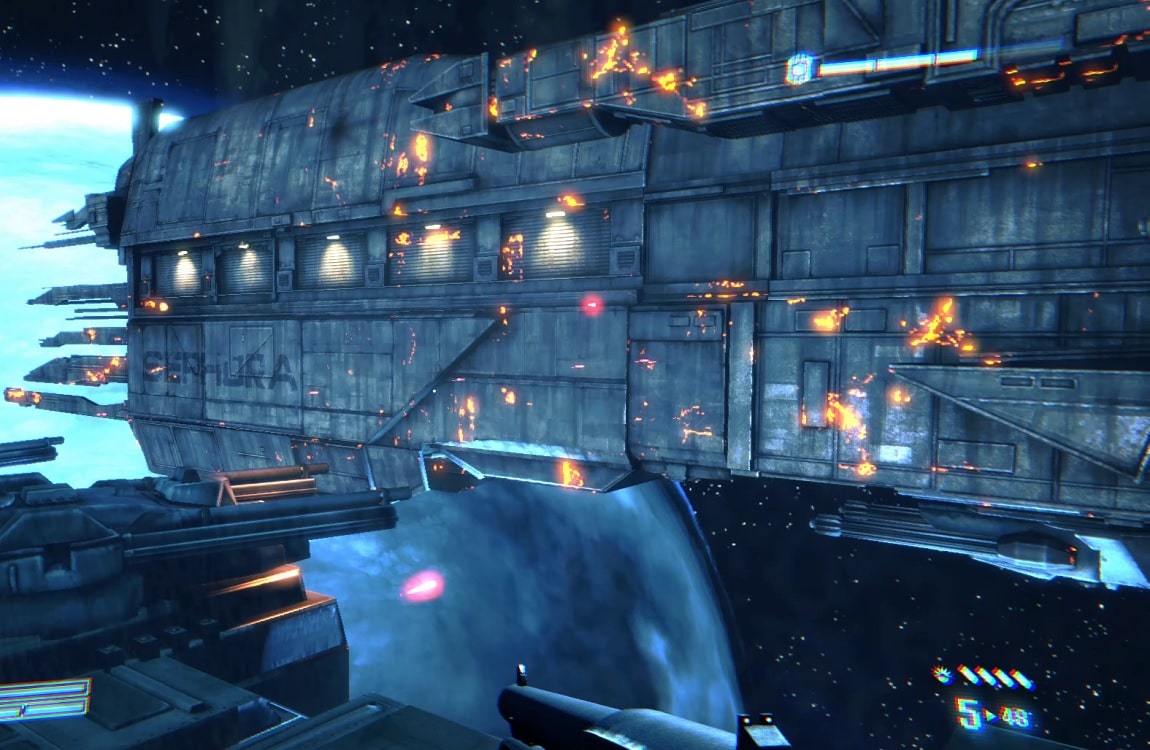 The USS Sephora was another sister ship of the Sulaco and appeared in Aliens: Colonial Marines. In the game, the Sulaco suddenly appeared in orbit of LV-426, and the USS Sephora was sent to investigate 17 weeks after the events of Aliens (not 17 days for some reason as mentioned in the movie). The Sephora pulled up close to the Sulaco and parked alongside its hull, connecting to the mystery ship with an umbilical tunnel. Soon after, all hell broke down on the ship, Weyland-Yutani mercenaries started to shoot the marines and the Sephora was destroyed by Sulacos weapons. This was one of the few times in the series where the Colonial Marine starship guns could be seen in action. The Sulaco crashed on LV-426 soon after and left the marines missing another two of their ships. 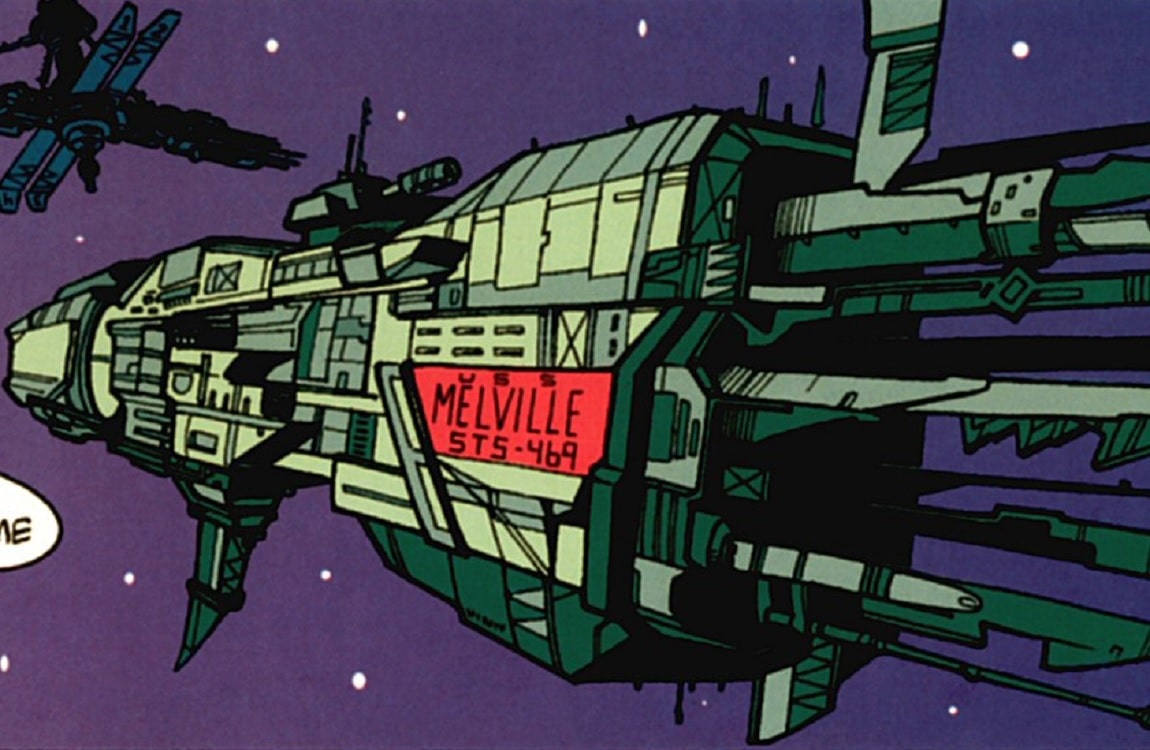 The USS Melville wasn't just a sister ship of the USS Sulaco, it actually contained the sister of Vasquez, one of the marines from Aliens. In the Aliens: Colonial Marines comic, Carmen Vasquez and dozens of other marines formed a "bad batch" of soldiers headed by Lieutenant Henry, who was assigned to the ship after assaulting an officer. The Melville was sent to Bracken's World, a backwater kelp-farming colony to help clear an infestation of aquatic Aliens. While the marines fought the Aliens, a crew member named Beech was left to maintain the ship. However, he had a massive Royal Jelly withdrawal and failed to do it - the ship's orbit decayed and it crashed into the atmosphere of the planet. The Colonial Marines were stranded on the planet but managed to leave in a modified dropship later. 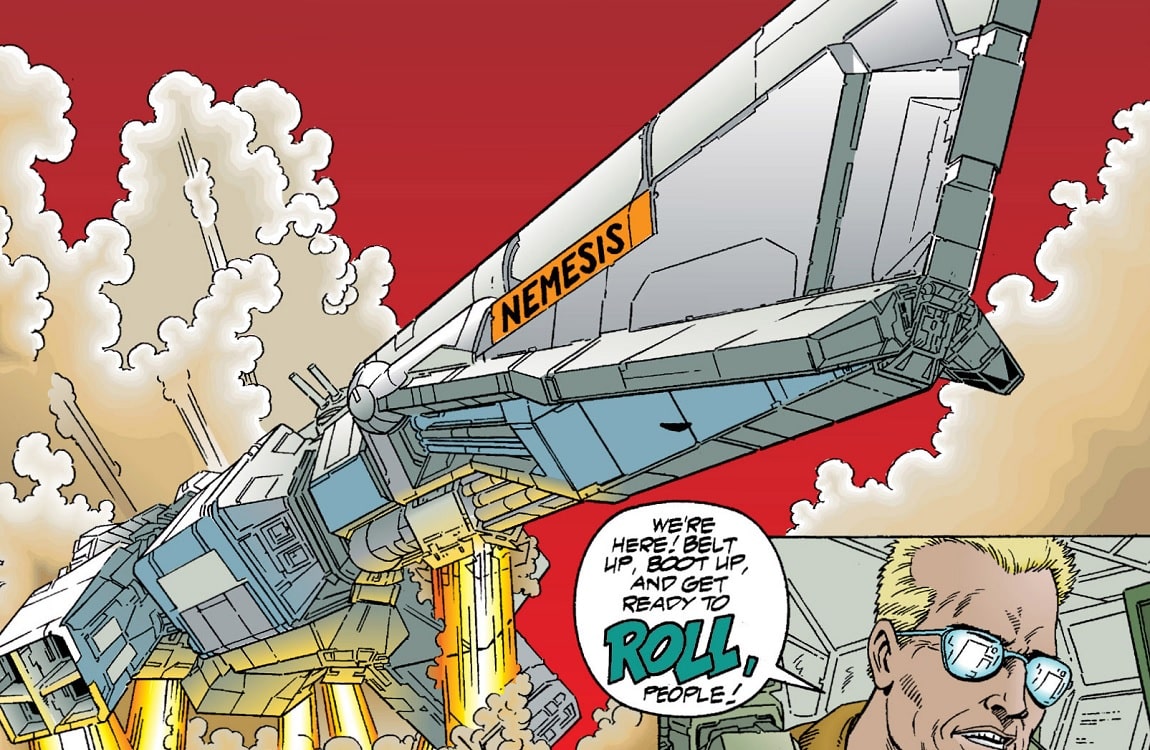 The Nemesis belonged to a joint Weyland-Yutani and Colonial Marine attack program titled Berserker, which was tasked with taking our Alien hives after the Xenomorph outbreak on Earth. The ship was built by Weyland-Yutani and was perhaps the most unique looking out of all the Colonial Marine starships. The offensive capability of the team rested in its infantry and MAX power armor, so the ship wasn't heavily armed itself. The Nemesis Berserker unit was dispatched to Service Terminal 949 to exterminate a large Alien hive (over 1000 victims). The team got into trouble due to the huge number of Xenomorphs and facehuggers alongside the betrayal of their commanding officer. The station was destroyed together with the Nemesis in a nuclear explosion caused by a failsafe device, used to exterminate all Aliens if the team should fail. 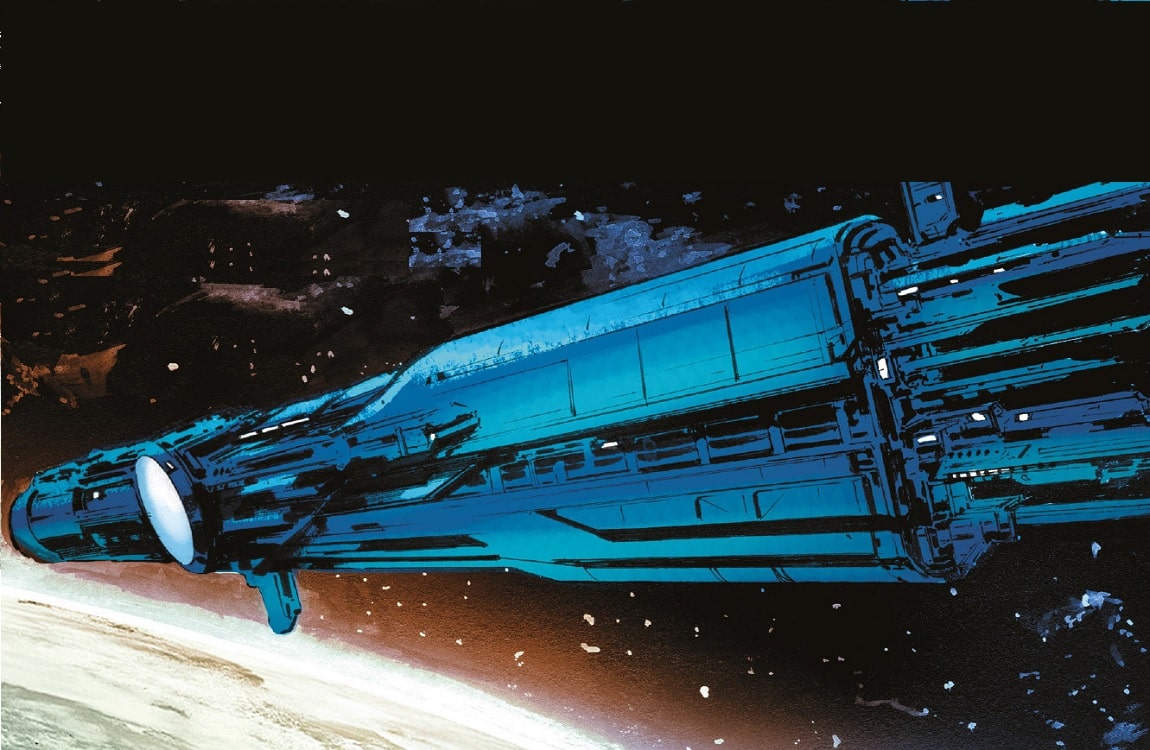 The USS Hasdrubal is one of the more recent Colonial Marine ships that appears to be another Conestoga class, but it is unclear. Appearing in the epic Life and Death saga, it carried a platoon of Colonial Marines commanded by Captain Paget to LV-797. In the battles on the surface involving both Xenomorphs and Yautja, the platoon lost about half of its soldiers. The ship then rerouted to LV-223 following an Engineer ship and further battles occurred in an ancient Engineer temple. In the end, the ship survived and started its 6-week trip back to Earth, with Captain Paget sending a status report before going to cryosleep. 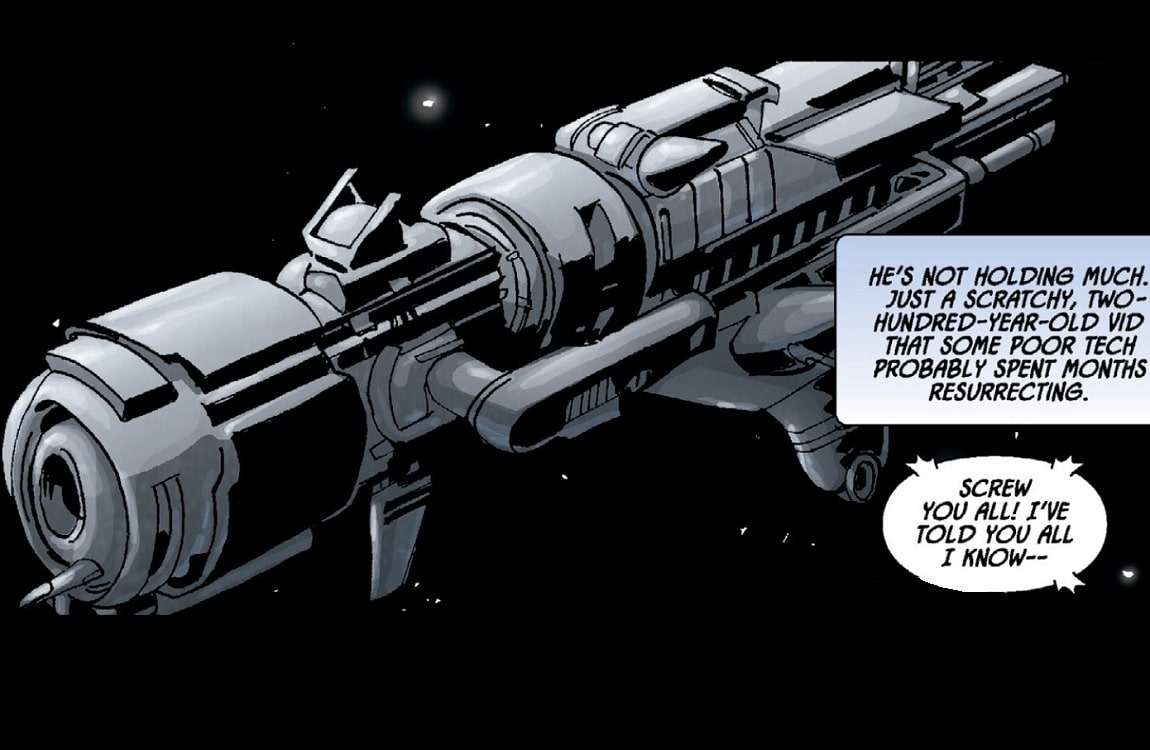 The frigate USS Tarawa served as a base for Machiko Noguchi and a platoon of Colonial Marines in the epic Alien vs. Predator: Three World War comic series. They teamed up with a clan of Jungle Hunter Predators with the aim of taking down the Killer Predator clan. The USS Tarawa joined a fleet of other Colonial Marine ships and Predator spacecraft in a big space battle above Caparis VII, while troops were landed on the surface as well. This was one of the few occasions in the Alien franchise when a fleet of Colonial Marine ships has assembled. The Killer Predator clan could not survive this combined onslaught and were defeated. 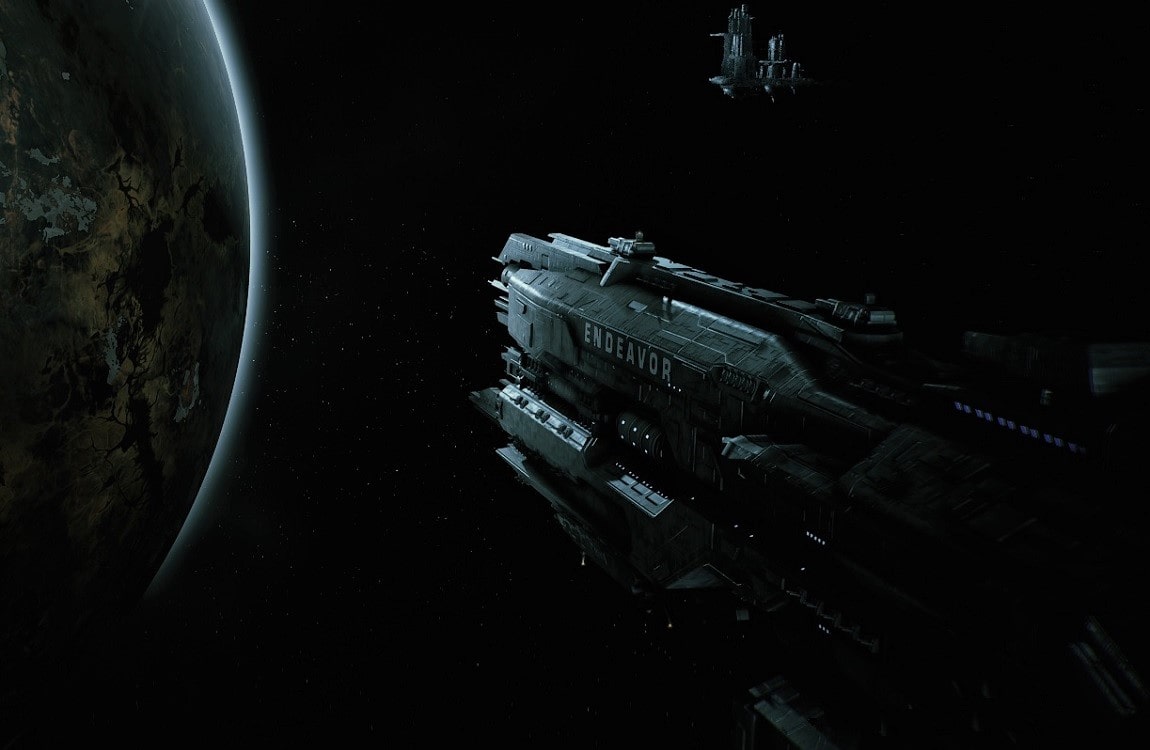 Aliens: Fireteam Elite introduced a new assault ship to the series - the UAS Endeavor. It served as a hub for the players to upgrade their weapons and armor, view any intel and join up with other Colonial Marines for new battles. In the lore, the ship was commissioned in 2194 and had served for about ten years during the events of the game. Surprisingly, the ship had no nuclear weapon capabilities, and two fireteams had to be sent to the Katanga Refinery to blow it up from the inside. The Endeavor was just begging for a campaign level (or horde mode) inside its corridors and flight deck, which is still a possibility for a DLC pack.