Colonial Marine lore explanations and theories, including overviews of USCM vehicles, ships, weapons and their squad tactics from both the movies and the Expanded Universe. 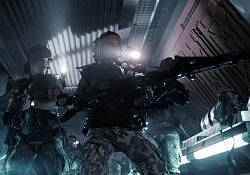 The smartgunners are an important part of any Colonial Marine squad, offering powerful support fire from the sides or leading from the front. The smartgunners tend to have many kills and are often memorable for their bad attitude, including the likes of Vasquez, Drake and Jones. 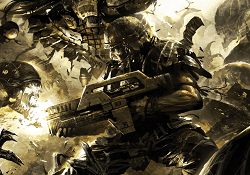 The Colonial Marines are present in many Aliens comics, often serving the role of cannon fodder to be killed off by the Xenomorphs. Here is a list of the best Colonial Marine comics, including stories where they play a more prominent role. 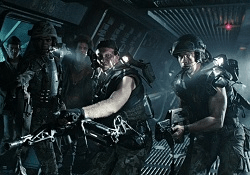 The Colonial Marines use small and mobile units to protect the colonies. These units are the maximum size of a battalion, but usually only a few squads are sent into action. Here is an overview of different Colonial Marine teams, including the one commanded by Lieutenant Gorman in Aliens. 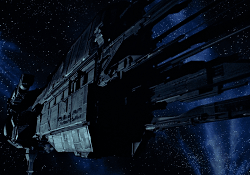 The Colonial Marines don't employ many personnel but use massive ships to travel them across the universe. The ships are fully automated and don't even need any crew to man them while the marines are on a mission. Most of these ships are similar to the USS Sulaco. 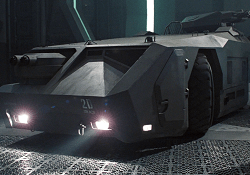 Besides their famous APC and Power Loader, the Colonial Marines don't employ many ground-based vehicles. The Colonial Marine Technical Manual has introduced tanks and self-propelled guns, while the comics and Kenner toys have also brought to light a few new vehicles. 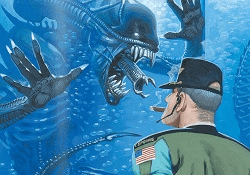 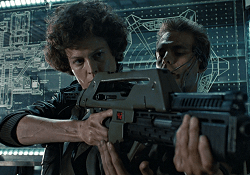 The USCM packs a big arsenal of weapons including nukes, knives, sharp sticks and phased plasma pulse rifles. Here is a list of best infantry weapons from Aliens and the Alien games, ranked by their firepower and usability against the Xenomorphs and Yautja opponents. 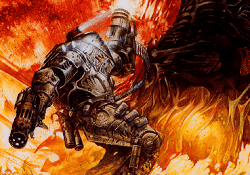 The Predator Killer mech suit in The Predator was not the first instance of weaponized mech suits being used in the Alien vs. Predator universe. We take a look at several different mech suits and power armor from the movies, games and comics and rank them by their awesomeness. 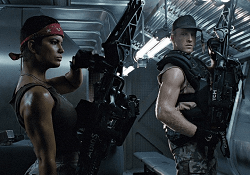 Continuing with the series of top 10 badasses, here we have a list of top 10 badass Colonial Marines from the Alien vs Predator series. They are the grunts who showed courage, killed a lot of enemies and possibly even came out alive in the end. 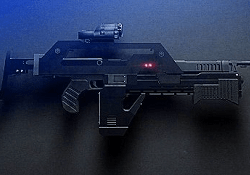 The M41A Pulse Rifle is probably the most iconic human weapon in the Alien series. We take a look at some of the Pulse Rifle variants that have been used in the movies, games and books.