People were rather angry after they killed Hicks and Newt in Alien 3. It happened in a pretty gruesome way, even more so in the Alien 3: Assembly cut. Hicks was impaled by a safety beam (straight in the face) and Newt drowned. There are actually several different scenarios where one or both survived, some developed even after Alien 3 was released. Let's take a look at these scenarios. 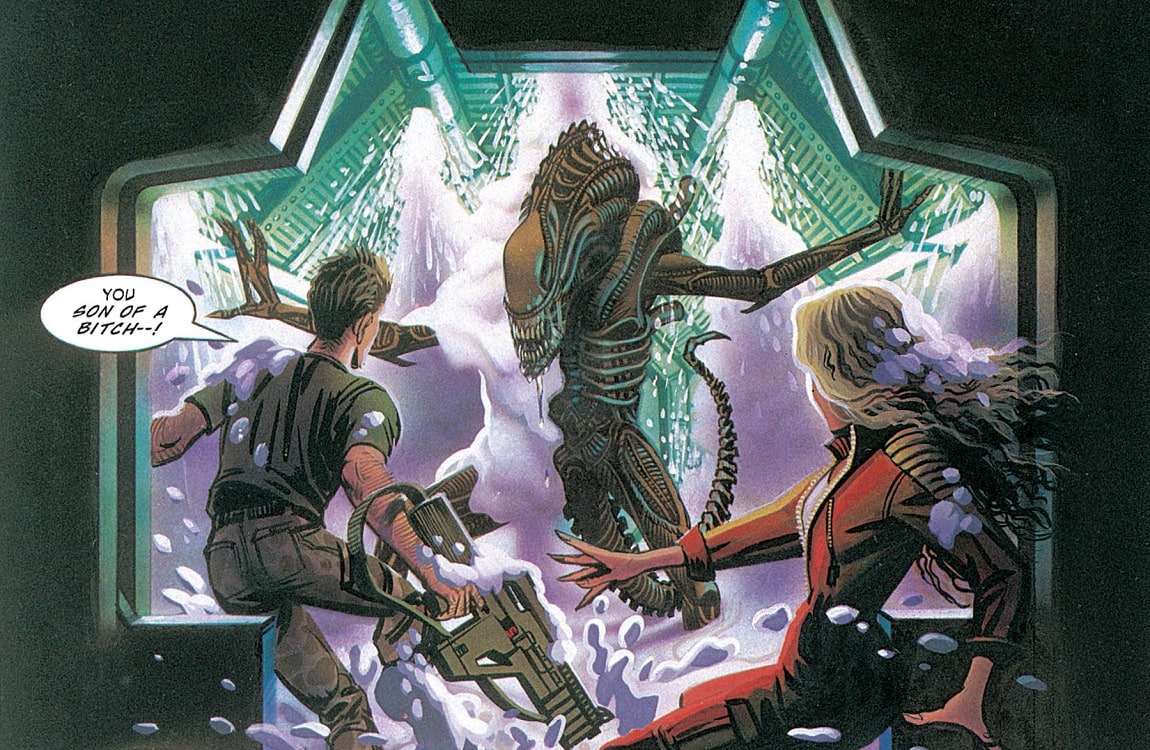 Hicks and Newt were main characters in original Earth Hive comic trilogy released before Alien 3 that included Outbreak, Nightmare Asylum and Female War. The books were set about 13 years after Aliens. Hicks still had psychological and physical scarring from the mission to LV-426, Newt had nightmares and was locked in a mental institution. They get into some pretty big adventures and finally manage to help save Earth from the Xenomorphs. Ripley also appears in Female War but in a smaller role. After Alien 3 came out, Fox decided to "fix" the continuity problems by renaming the characters to Wilks and Billie. Ripley was changed into being an android. The comics are actually pretty great and you can believe in the original timeline if you want to. 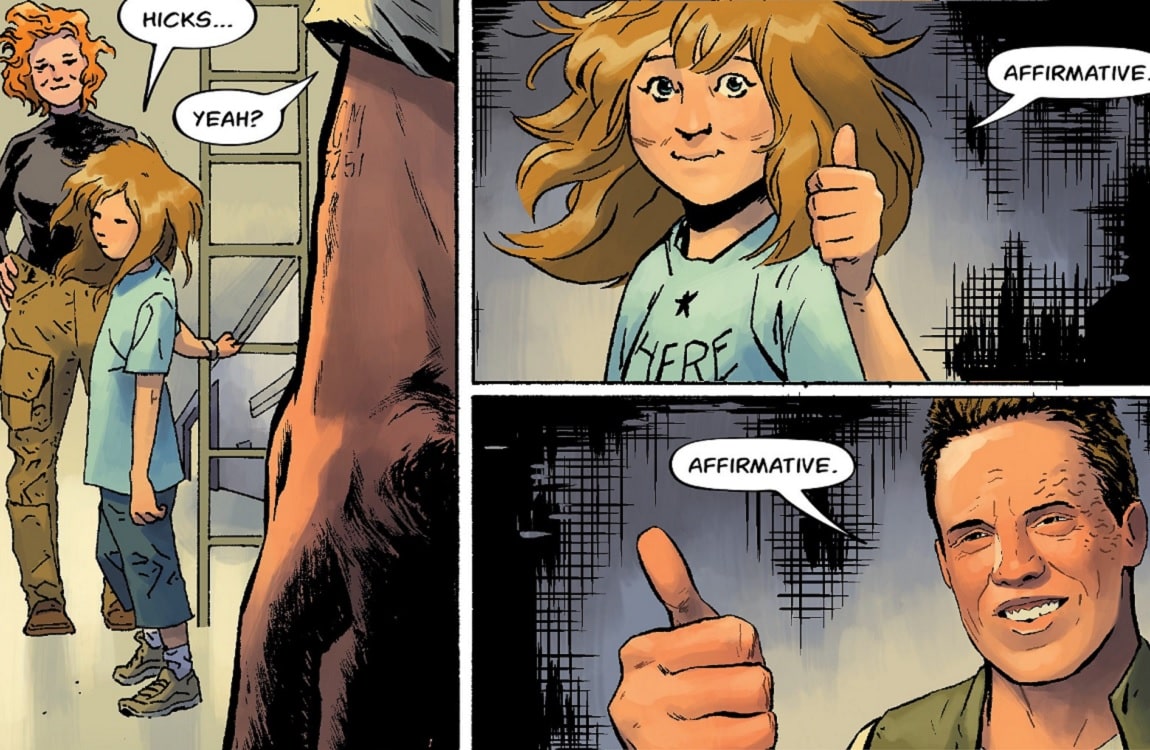 In an alternate script for Alien 3, Hicks and Bishop are the main characters and most of the story happens on Anchorpoint station. Ripley spends the movie in a coma and Newt is sent to live with her grandparents on Earth (she is basically written out). The Union of Progressive Peoples (U.P.P.) is interested in gaining hold of the Alien and the main characters also fight against them. That part of the story aged pretty quickly when the Soviet Union collapsed in 1990. Hicks and Bishop survive in the end. The Aliens: Infestation game lifted some of these story elements like the U.P.P. and Aliens being loose on the Sulaco. In late 2018, Dark Horse turned the alternate script into a 5 part comic book, with the final issues being released in 2019. 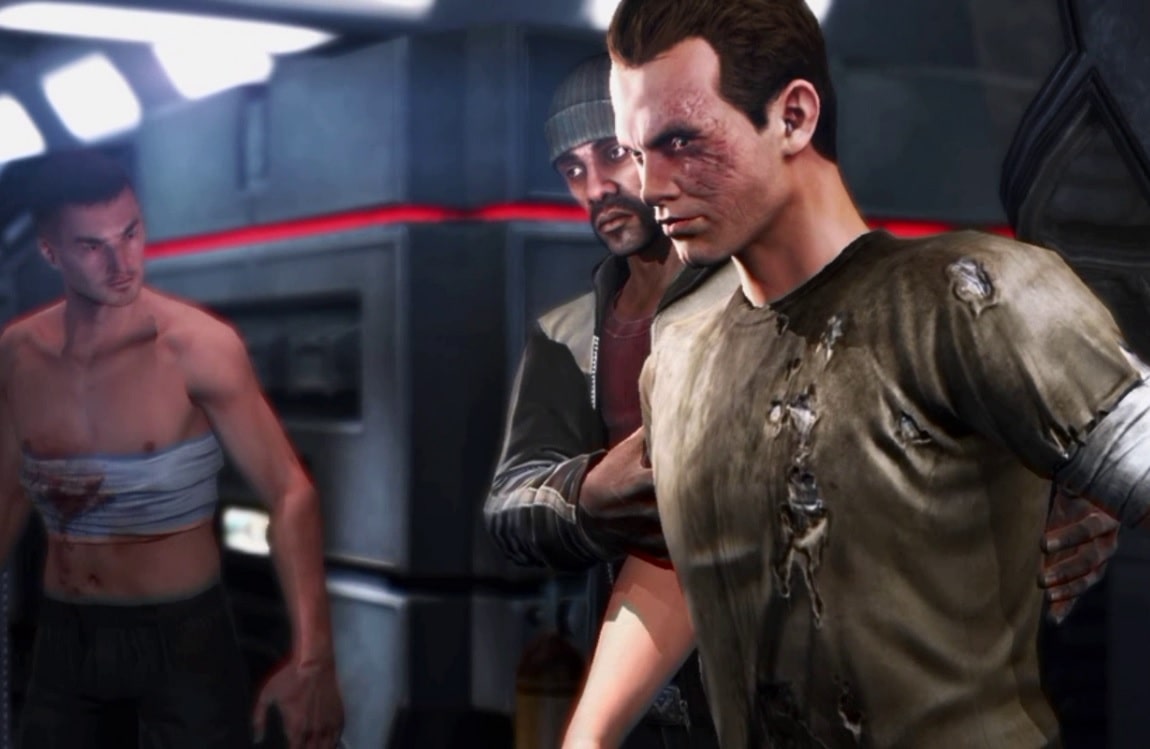 This expansion pack for Colonial Marines explains how Hicks wasn't actually in the cryopod that crashed in Alien 3. The real guy was a mercenary called Turk who just happened to stumble into the cryopod while the cryosleep of Hicks was interrupted. Hicks fights against some Weyland-Yutani mercenaries and finally manages to steal a ship and get to Fury 161 to meet Ripley. She sees Ripley falling into the steel pit and gives up, being shortly captured after. He spends months being a prisoner to Weyland-Yutani when finally being rescued by marines from the USCM ship Shephora. Newt is still dead in this game. The game was slated as canon when it came out but was quickly forgotten after that.

Neill Blomkamp wasn't satisfied with Alien 3 either and decided to develop an alternate Alien 3 called Alien 5. This would have shoved away the continuity established in Alien 3 and Alien: Resurrection. The movie was going to be set 30 years after Aliens with Ripley, Hicks and Newt all returning. He made several concept art drawings about the characters. Tom Woodruff Jr. (the special effects guru behind several Alien movies) actually did some stand-in pictures as Hicks, with an acid burnt face and a Pulse Rifle. The movie was initially canceled as Ridley wanted to make Alien: Covenant instead. Now that Alien: Covenant was a failure and Ridley said he is disinterested in the sequels, maybe Neill's movie will be resurrected.

Kenner released its toy line of the Aliens movie in the 90ties. The figures came with small comic books made by Dark Horse. The action figure of Hicks had a comic called "Showdown". The story takes place shortly after Aliens in an "Earth Colony Terraform 3" and is not in the same continuity with the Earth Hive comics (also released by Dark Horse). Compared to the other scenarios, Hicks has no scarring (everything is rather kid friendly). In the comic, Hicks blows a bull Alien up with his rocket launcher and that is about it. Apone and Drake are resurrected from the movie with no questions asked. Newt is never mentioned but she probably went to live a quiet life.

Surprisingly, Newt shows up as a grown-up in one of the several alternate endings for The Predator. Initially she wears a Weyland-Yutani branded facehugger-like breathing mask on her face and her real name "Rebecca Jorden" is visible on the screen. The ending makes little sense and hints at time travel, alternate realities and some kind of crossover event similar to The Avengers. The actress Breanna Watkins was playing Newt. The scene was filmed but left unused. The filmmakers opted for the ending with the Predator Killer suit, which was a better idea but still quite terrible.