The Elite Predators are Yautja who have been blooded a long time and have achieved considerable hunting successes, often on many worlds and against different species. However, they are not old enough to become Elders yet. The Elite Predators are often teaching and leading Young Bloods or are called in for special missions requiring cleanup or taking down difficult targets. 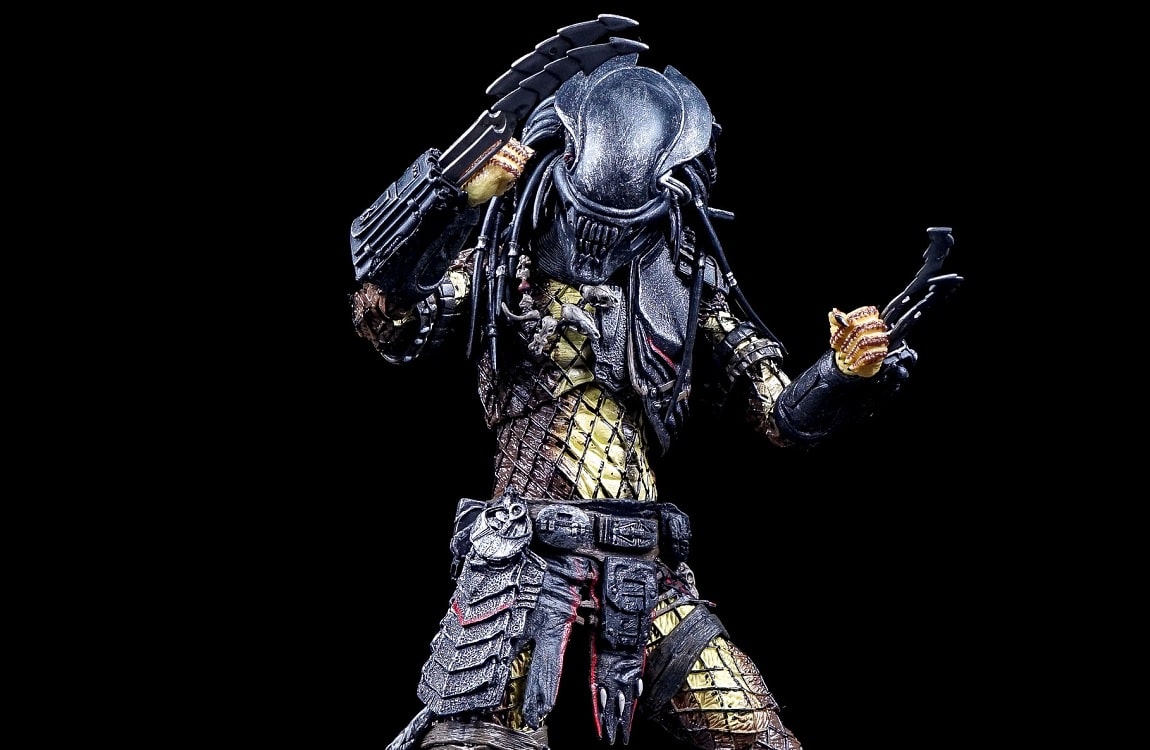 The Serpent Hunter is a mysterious Predator briefly shown in the Predator campaign of Aliens vs. Predator 2010. He belonged to the same Elite Clan that the Yautja protagonist Dark was a part of. Serpent is the only known Predator to wear a Xenomorph-styled mask, a feat that is both intimidating a bit foolish as well. Another Predator could accidentally blow his head off in close quarters battle. NECA later made a figure out of the Serpent Hunter and included a bio, proclaiming him to be the most successful Xenomorph hunter of all time. 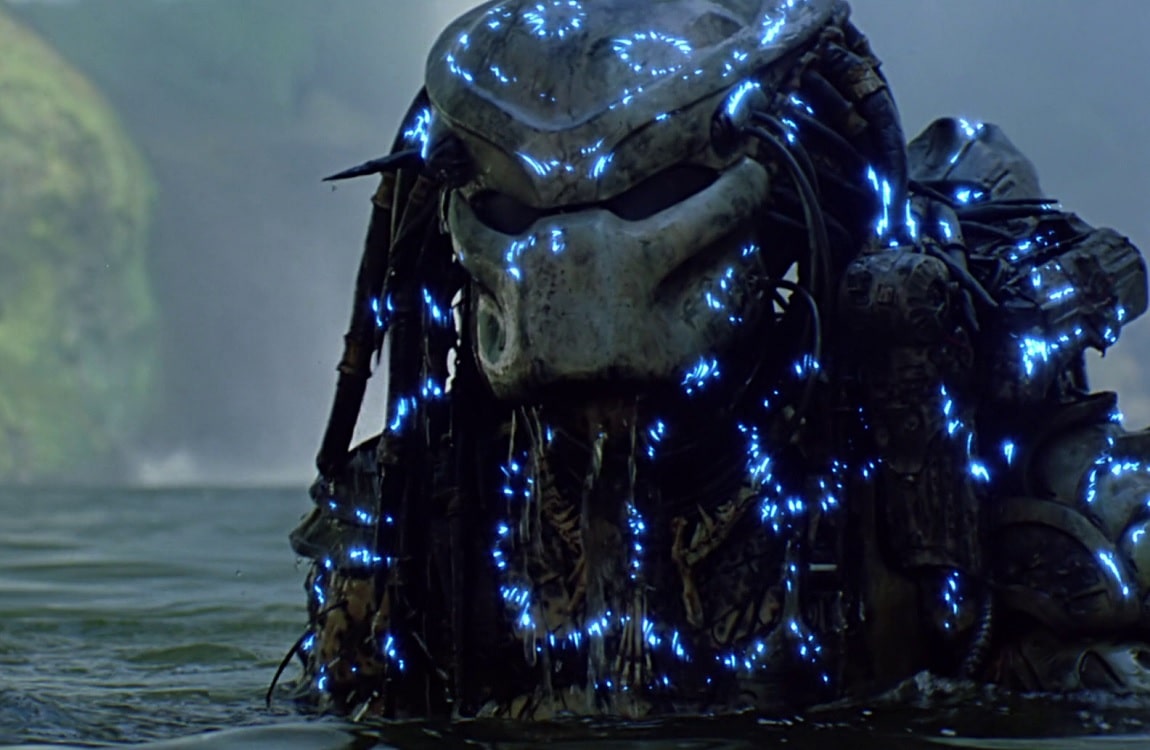 The fact that the original Jungle Hunter lost to Dutch Schaefer is nothing to be ashamed of. He was toying with his prey and got a bit too overconfident. Just before this, the Elite Yautja wiped out at least two special forces teams and had an unknown number of hunts in the past. It is possible that Anna referring to a "demon who makes trophies of man" was the same individual Predator working in the same region. Other indicators of successful hunts are the small skulls around the Predator's neck and a scorch mark on the bio-mask between the eyes. 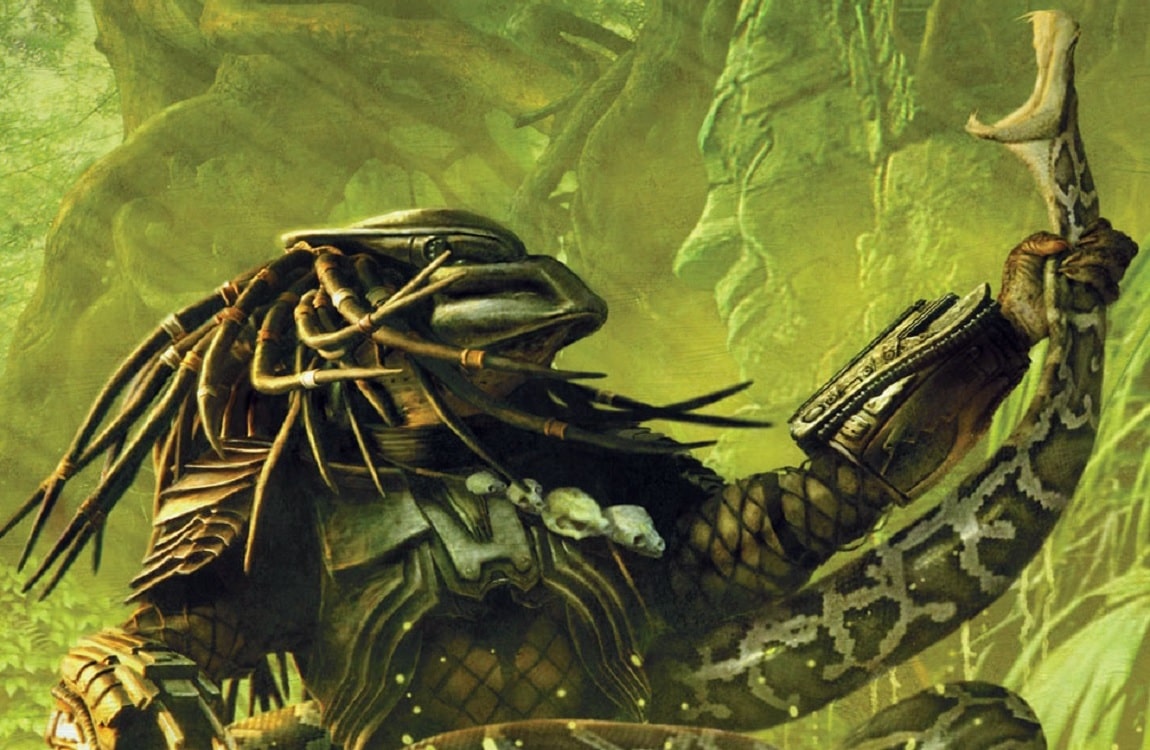 The South China Sea Predator is one of the lesser-known Predators from the franchise and also one of the most underrated ones. He is a vicious beast, ranking up perhaps the biggest amount of human kills during a hunt. He did not fight any Xenomorphs, but did have a brawl with an alligator named Pol Pot. He shrugged off all injuries and continued to massacre over a hundred mercenaries camping in a military base. Only a precise shot from an expert sniper managed to kill this Yautja, striking a small gap in the armor. 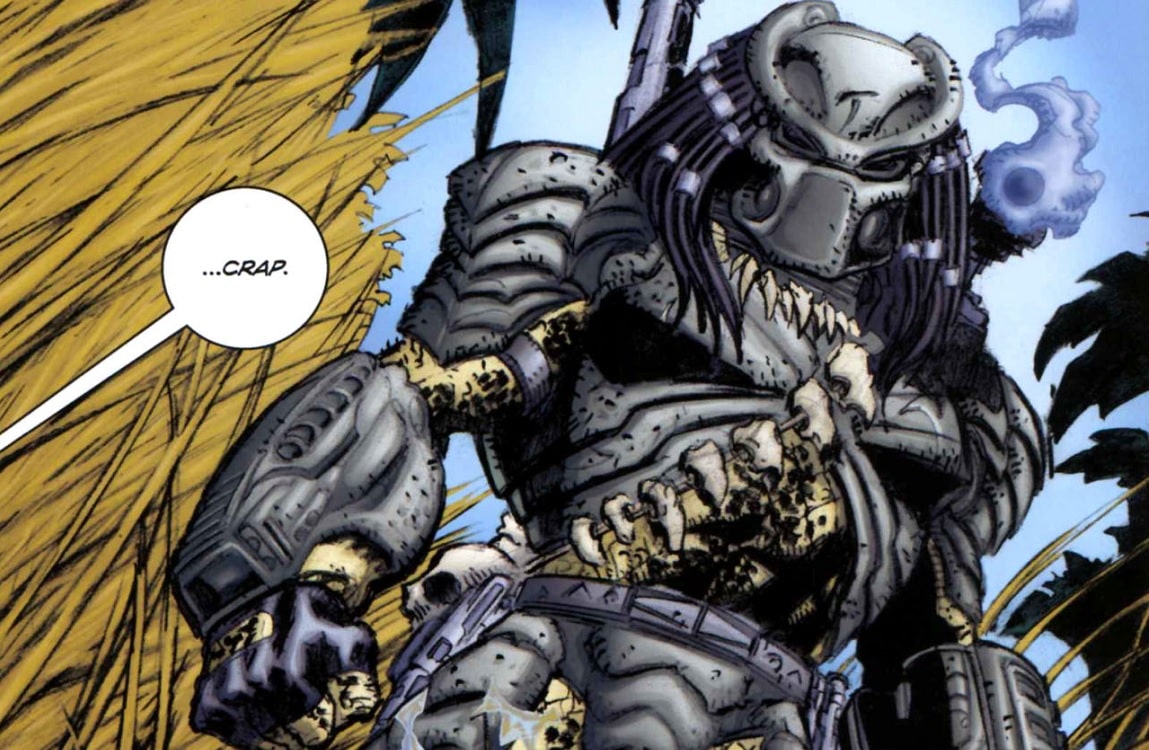 Smiley was another underrated Predator, appearing in the rare Alien vs. Predator: Civilized Beasts comic. He was the leader of his own clan of Predators, who descended on the unnamed human colony planet. The story takes place close to the timeline of Alien: Resurrection, so Smiley is one of the Predators we get to see in the far future, the others being from the Rage War series. Unfortunately for him, the clan was wiped out by a swarm of Aliens nesting in an ancient temple. Smiley took revenge by killing their Queen, losing an eye in the process but surviving in the end. 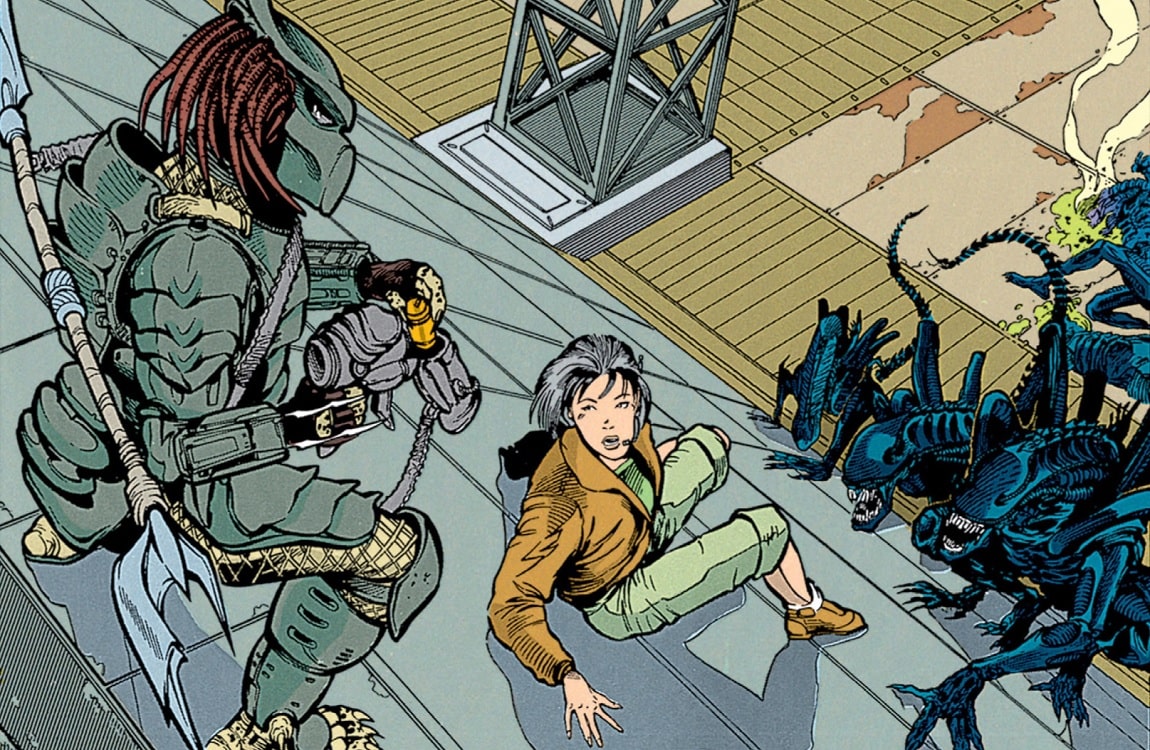 Dachande (a.k.a. Broken Tusk) is the most well-known Elite Yautja from the Predator comics and a bit overrated as well. Although he did take down any Xenomorphs and killed the Queen together with Machiko Noguchi, he failed to lead the hunting party on Ryushi. Dachande was captured by humans for a short while, while the Young Bloods ran amock and most of them got killed. Being an honorable Predator, he killed the Bad Blood Tichinde who had slaughtered innocent humans. Broken Tusk died from his wounds in the end, being able to blood Machiko Noguchi as a final act. 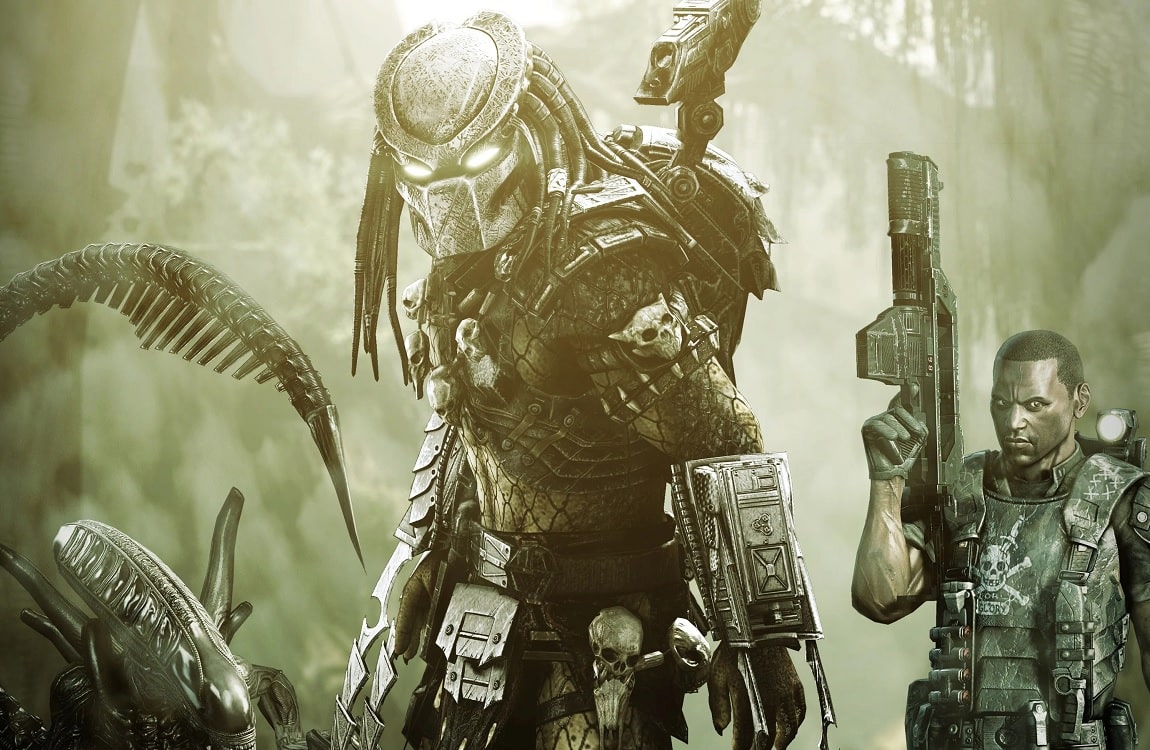 The main Predators from the Predator games are unsurprisingly quite successful. They have the power of saving and reloading, and often take down hundreds of enemies, including bigger bosses like Praetorians and Predaliens. Dark from Aliens vs. Predator 2010 had a short campaign that unfortunately did not have a Alien Queen encounter. As a final boss, this Elite Predator fought a Predalien that had emerged from Wolf Predator (not to be confused with Wolf from AvP: Requiem). Dark was one of the leading members of the Elite Clan and likable and competent Predator, seeking answers about his ancestors. 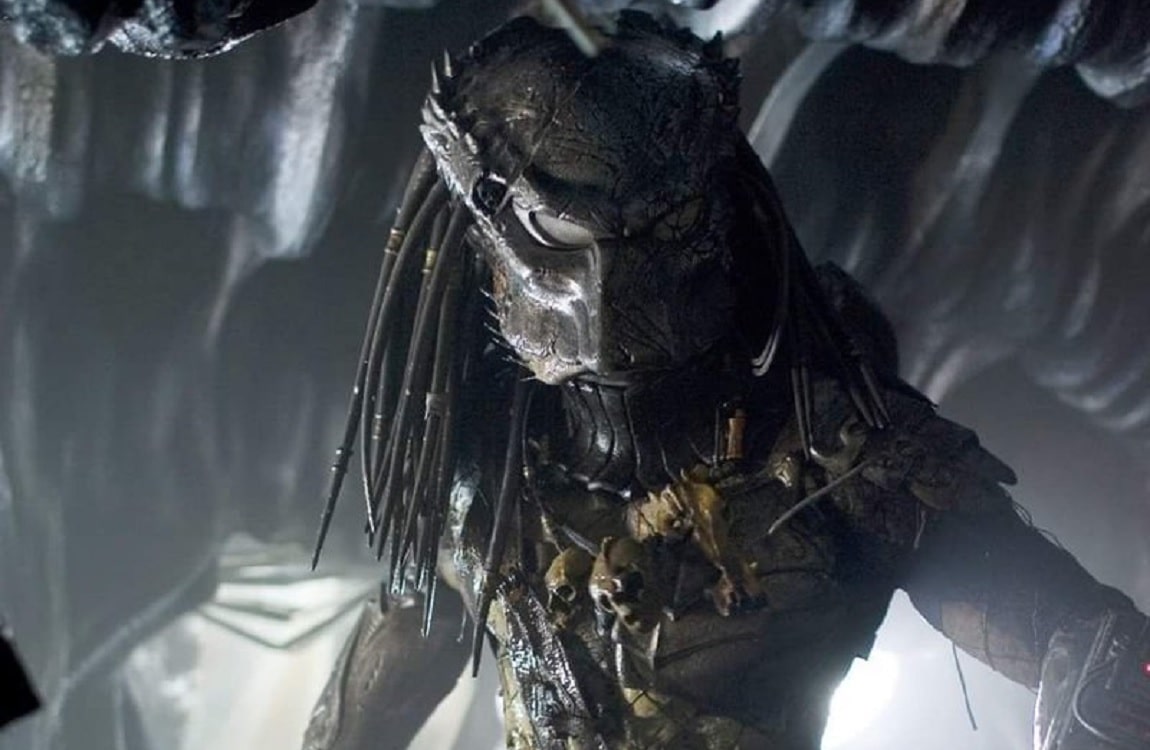 Wolf as a fan-favorite Yautja from Aliens vs. Predator: Requiem, sent in to clean up the mess that Scar and Bull Predator created. He was a veteran of many hunts and definitely an Elite, as depicted by his war room on Yautja Prime with many trophies. His special status even earned him a penthouse-like apartment with a great view. Wolf did a good job for the first half of the movie, the only detour being the skinning of human bodies for no good reason. In the end, he fought the Predalien to a standstill and died when the city of Gunnison was nuked by US forces. The PSP game had a better ending, with Wolf leaving on his ship before the explosion. 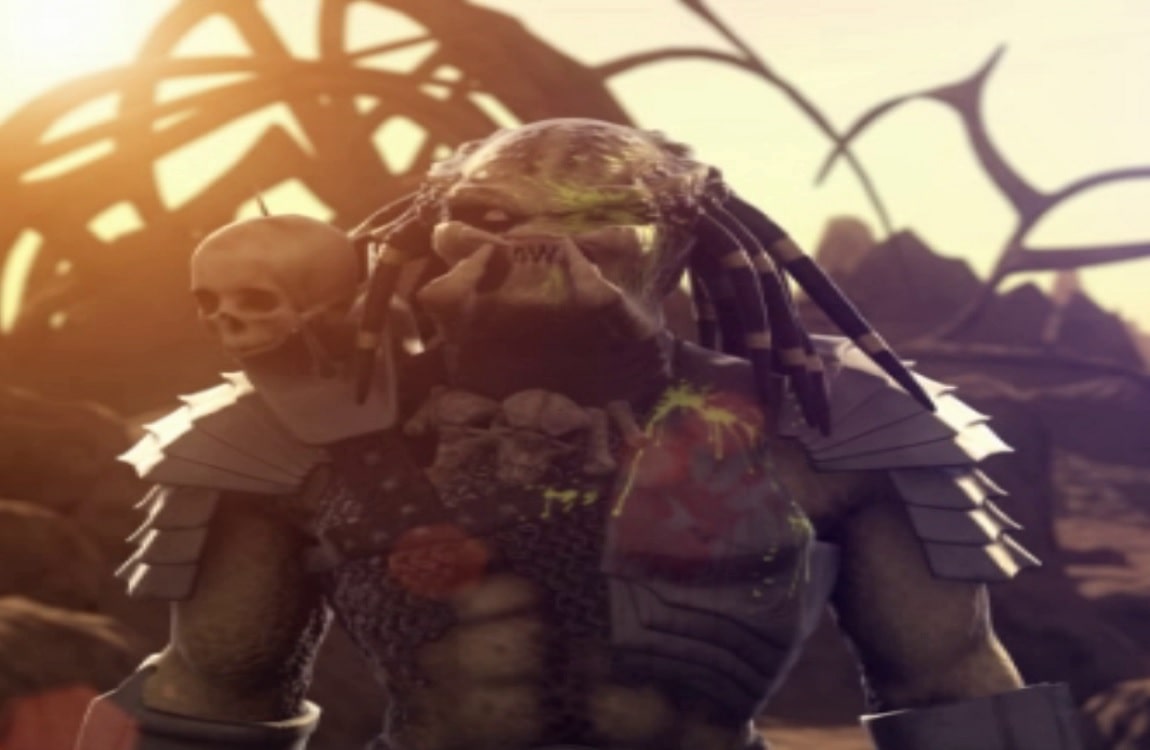 Scarface was another badass Elite Yautja from the Predator games, appearing in the underrated Predator: Concrete Jungle. Unlike Dark, he mostly fought humans, but had some run-ins with Bad Blood Predators, mech suits, and a few Xenomorphs as well. A hunt during the 1930ties on Earth was a failure and he was wounded (losing an eye) and exiled for a hundred years on a remote planet. He managed to make a comeback and recover the stolen Predator tech by the Borgia Corporation. Scarface would be rated even higher if he didn't dishonor himself and let himself be captured for a brief while as well. 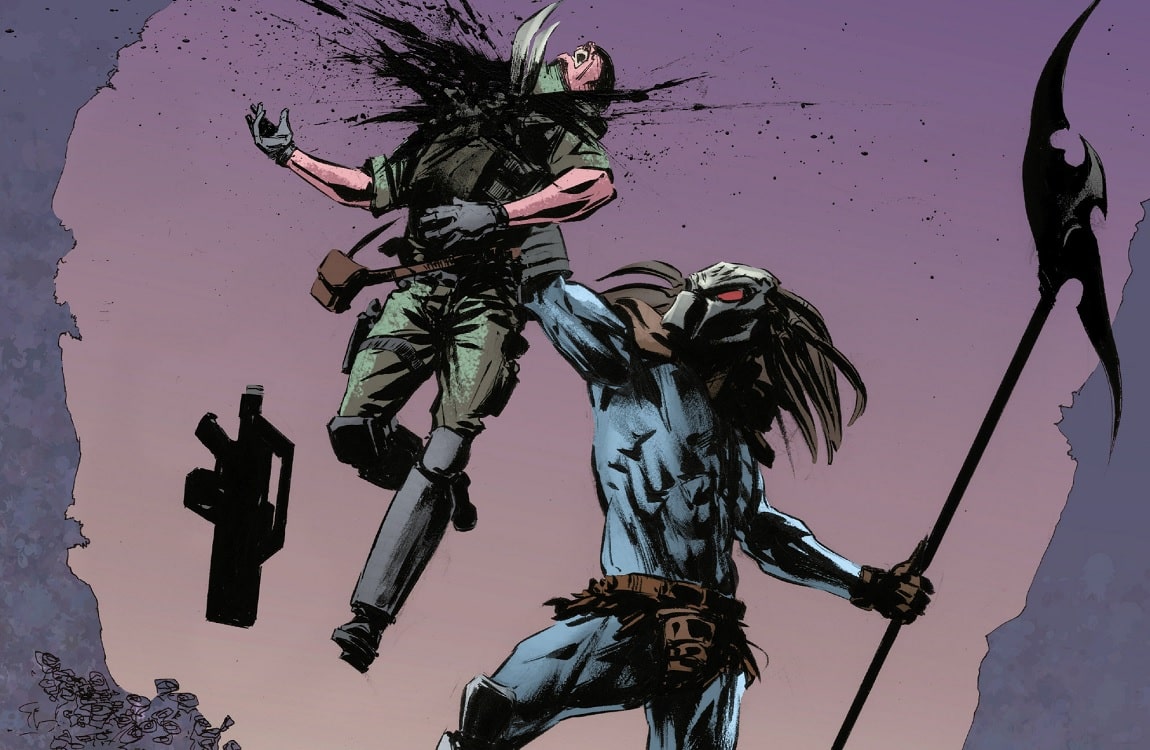 Scarface wasn't the only Elite Predator stranded on a remote planet with hostile creatures for years, so was the Hive Wars Predator. However, this wasn't an ordinary planet, it was Xenomorph Prime. Being the only survivor of a failed hunting party, he crafted strange weapons out of a crashed ship and finally managed to escape with his life. Released initially as a Kenner action figure, the Hive Wars Predator came with this awesome backstory. NECA later released an updated version of him. Finally, the Yautja was included in the epic Life and Death saga, where he killed several USCM soldiers and was defeated by a smartgunner. 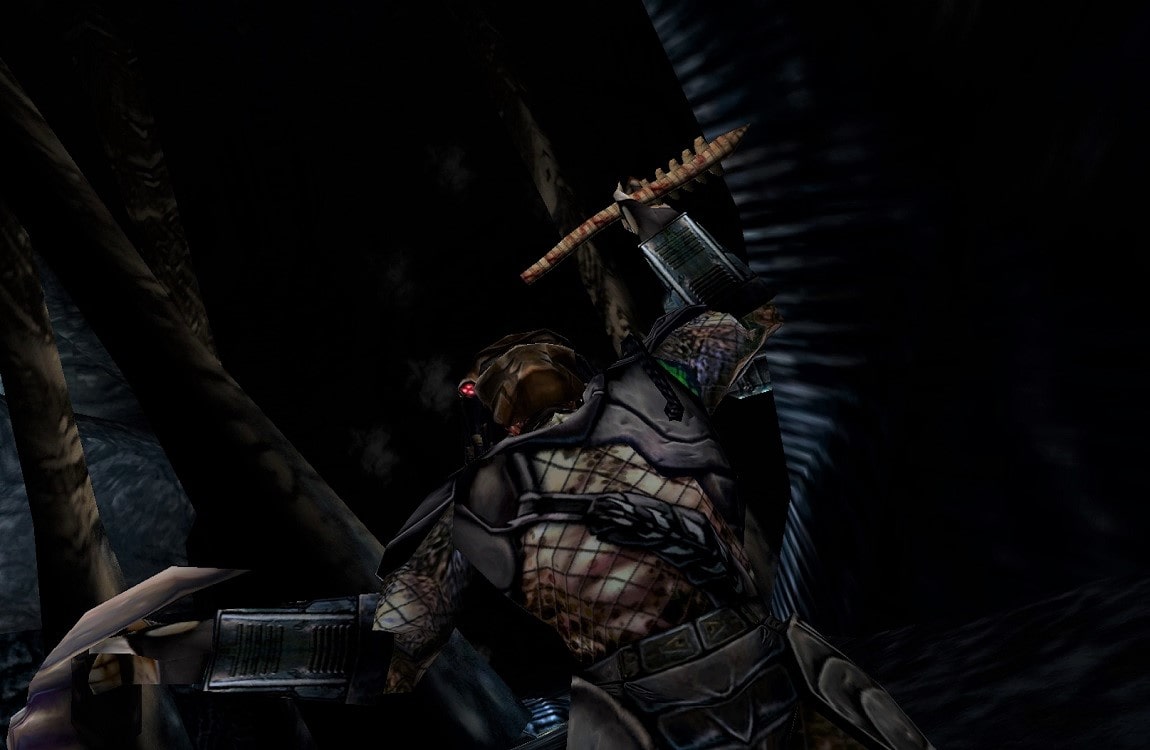 Prince was a highly successful Predator Elite that appeared in the acclaimed Aliens vs. Predator 2 game. Having royal roots, he was probably a son of a King Predator, but his past is kept mysterious. Prince and his hunting party answered a distress call from an ancient Predator on LV-1201. This was a perfect opportunity for him to take down General Vassili Rykov, an old adversary from a previous hunt years ago. During his rampage on LV-1201, Prince took down hundreds of Xenomorphs, human mercenaries and at least two Praetorians. Just before his final fight against Rykov, he defeated an Alien Queen as well, something that Scarface and Dark failed to do.

Did you enjoy the article and want to read more fun lists about the Predators? Check out the list of incompetent Predators and captive Predators.