The Alien hives are the birthplaces of the Xenomorphs and serve as their homes when not hunting for new victims. The Queens and their offspring are located there, preferring a dry and warm environment. The hives come in different shapes and sizes and some can span over vast regions of a planet. Here is an overview of notable Xenomorph hives from the series, ranked by their physical size and the number of their occupants. 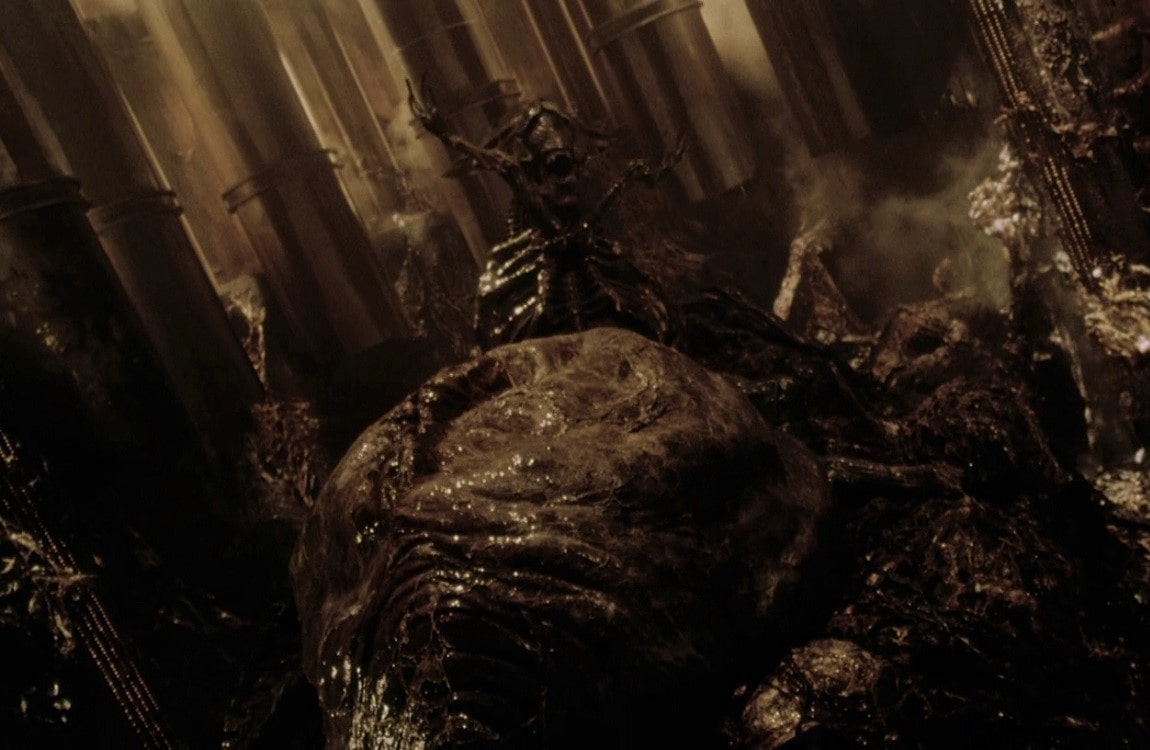 The USM Auriga from Alien: Resurrection was perhaps the largest ship in the Alien universe to be infested by Aliens, although it housed quite a small Alien hive. The cloned Queen extracted from Ripley 8 made her hive in the waste tank of the ship, near the docking bay. The cocooned victims included about half of the science team and some unlucky soldiers. When Ripley 8 fell into the Viper Pit (not to be confused with the hive itself), she was taken to the waste tank by an Alien Warrior. There she witnessed the birth of the Newborn, who immediately killed the Alien Queen. Ripley 8 and the Newborn escaped the ship and the hive was destroyed together with the USM Auriga when it crashed to Earth. 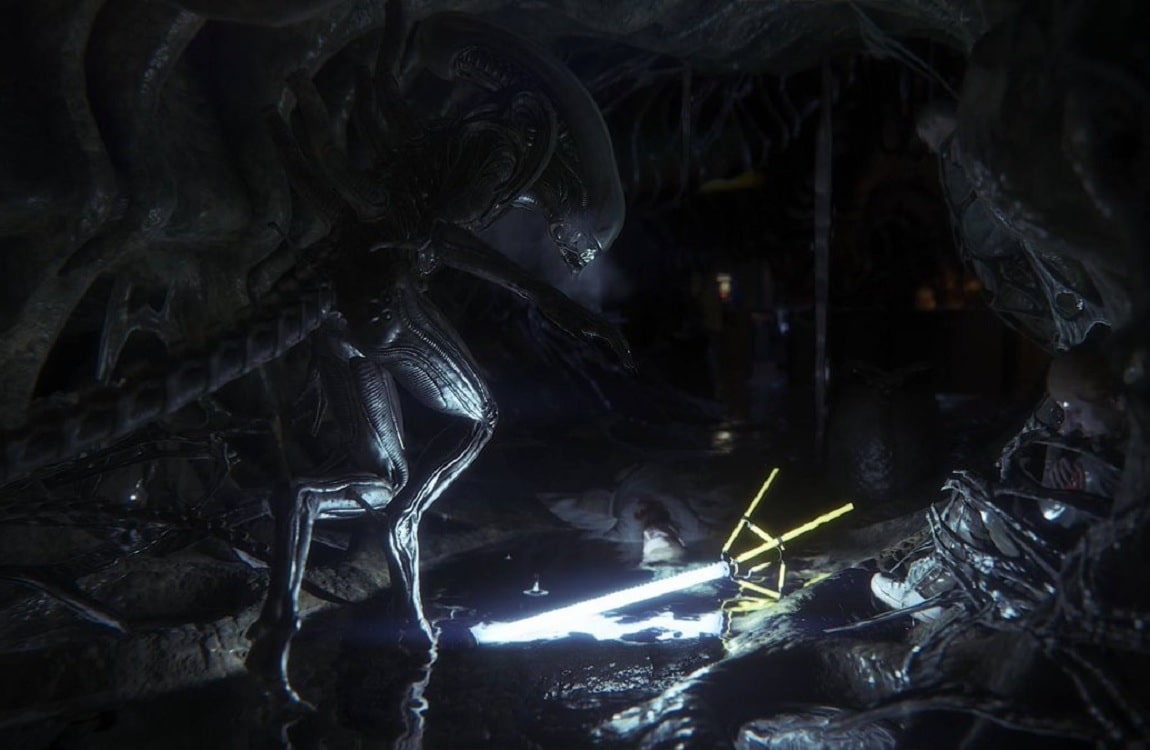 Surprisingly, the lone Alien from Alien: Isolation (nicknamed Stompy) wasn't alone, but had formed a hive in the lower engineering sections of Sevastopol Station. While Stompy was hunting for new victims, a few other Xenomorphs tended to the hive, cocooning the victims and moving the eggs around. This small Alien nest was missing an Alien Queen, and it's a bit of a mystery where the eggs came from. Perhaps egg-morphing was used, which requires an additional victim to form into an egg. The hive's inhabitants were destroyed when Amanda Ripley initiated a reactor purge, frying everything inside. Any trace of the hive was wiped out when Sevastopol station fell into the atmosphere of the gas giant KG-348. 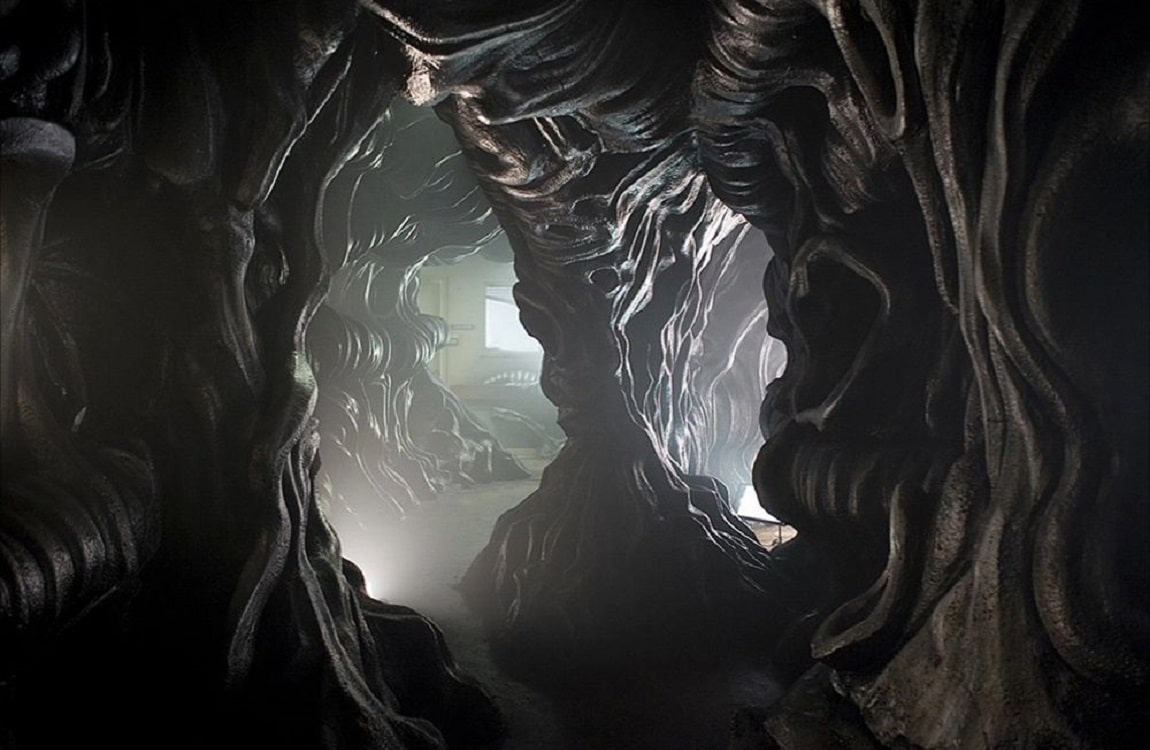 Like everything else in Aliens vs. Predator: Requiem, the Gunnison hospital hive was very dark. Built near the maternity ward, it served as the base of the rapidly growing Xenomorph population of the town. Similar to the Sevastopol hive, it had no Alien Queen, and the Predalien was the one breeding new Xenomorphs using pregnant women. Wolf Predator fought the Predalien on the hospital roof but there was no clear winner as both were mortally wounded. The hive would have expanded even more, but the middle of the town was nuked by the US air force, destroying the hospital and the Alien nest. 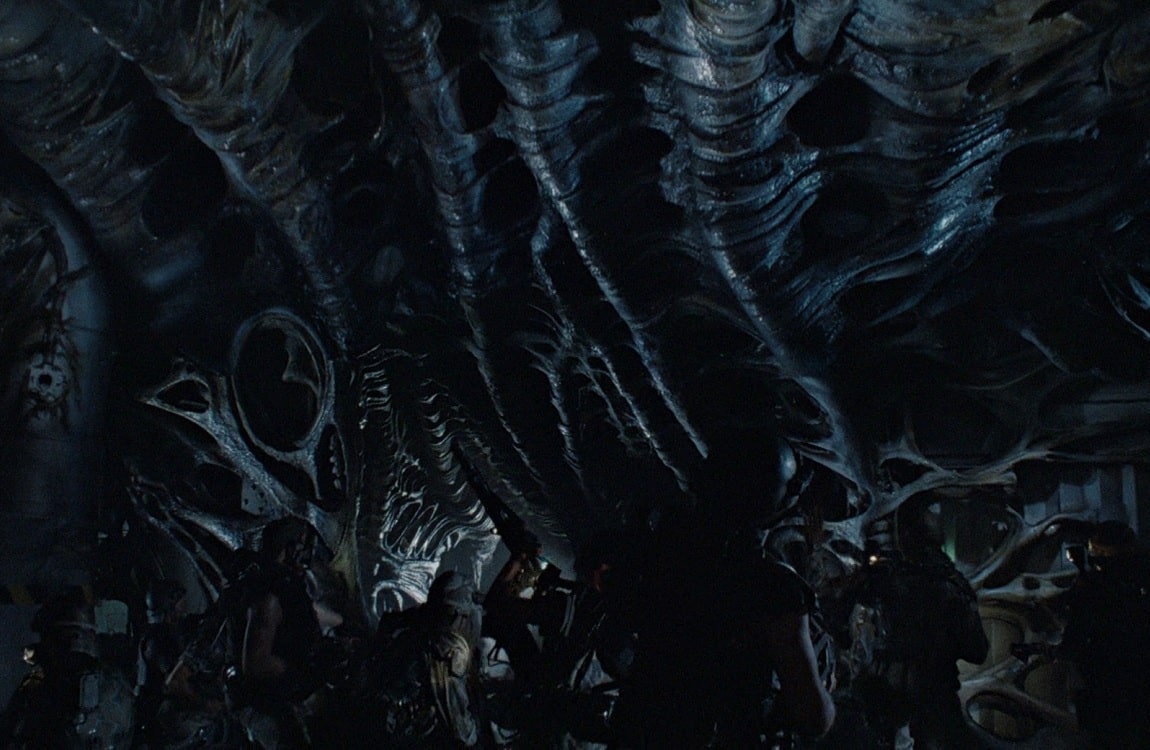 The LV-426 hive in the atmosphere processor is probably the most well-known hive and one of the first introduced into the franchise. Although there is also a small hive in a deleted scene in Alien (restored in Alien: Directors Cut), James Cameron took it a step further. This hive expanded through the sub-level 3 of the processor and housed all of the 156 colonists (excluding Newt), or what was left of them. The hive was under the primary heat exchangers of the processor, a strategically good location with warm and dry air. The Queen was in the center laying dozens of eggs, but was forced to escape when the atmosphere processor went critical. 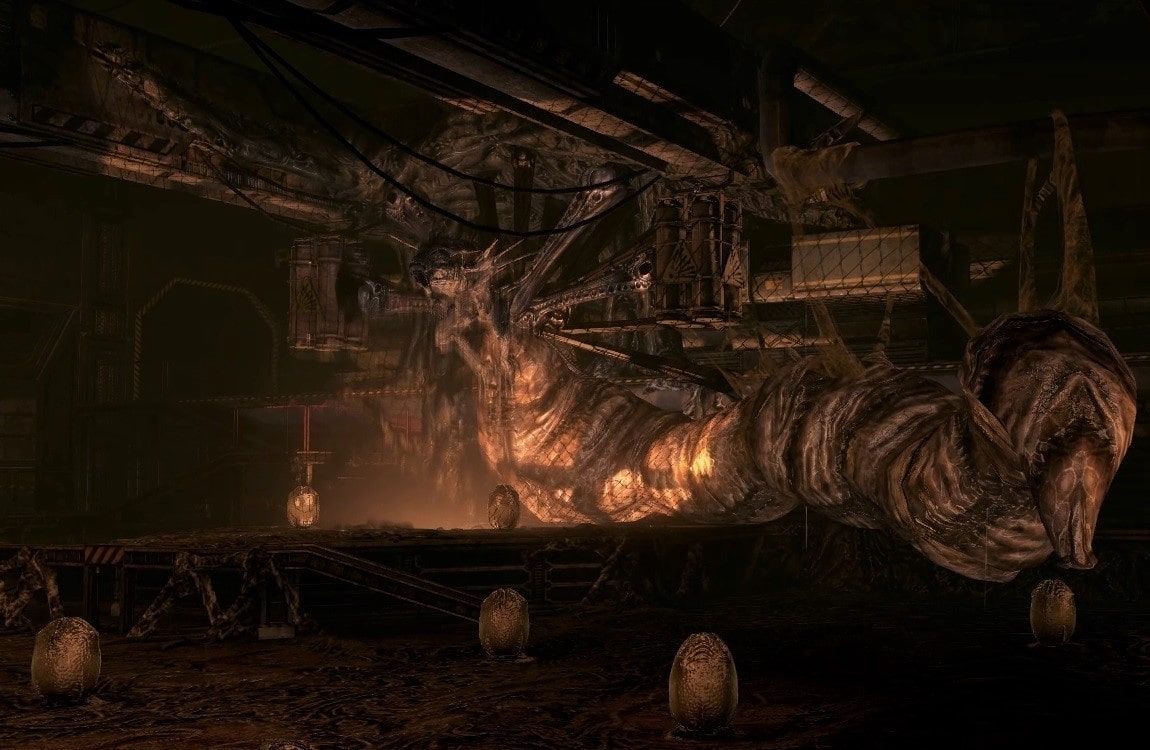 The old Queen Matriarch from Aliens vs. Predator 2010 escaped from captivity by the Predators, evaded the Weyland-Yutani scientists, and finally set up a hive in the Refinery of the Freya's Prospect colony. The hive spanned multiple levels of the refinery, contained hundreds of Xenomorphs and had the Queen sitting in the middle chamber laying eggs. Unfortunately, it wasn't the best location, as she was sitting next to combustible containers that could be used against her. The Colonial Marine nicknamed Rookie set the chamber to explode and escaped, torching most of the hive. What remained of the hive was later wiped out by the Dark Predator setting up a self-destruct device in an ancient Predator temple nearby. 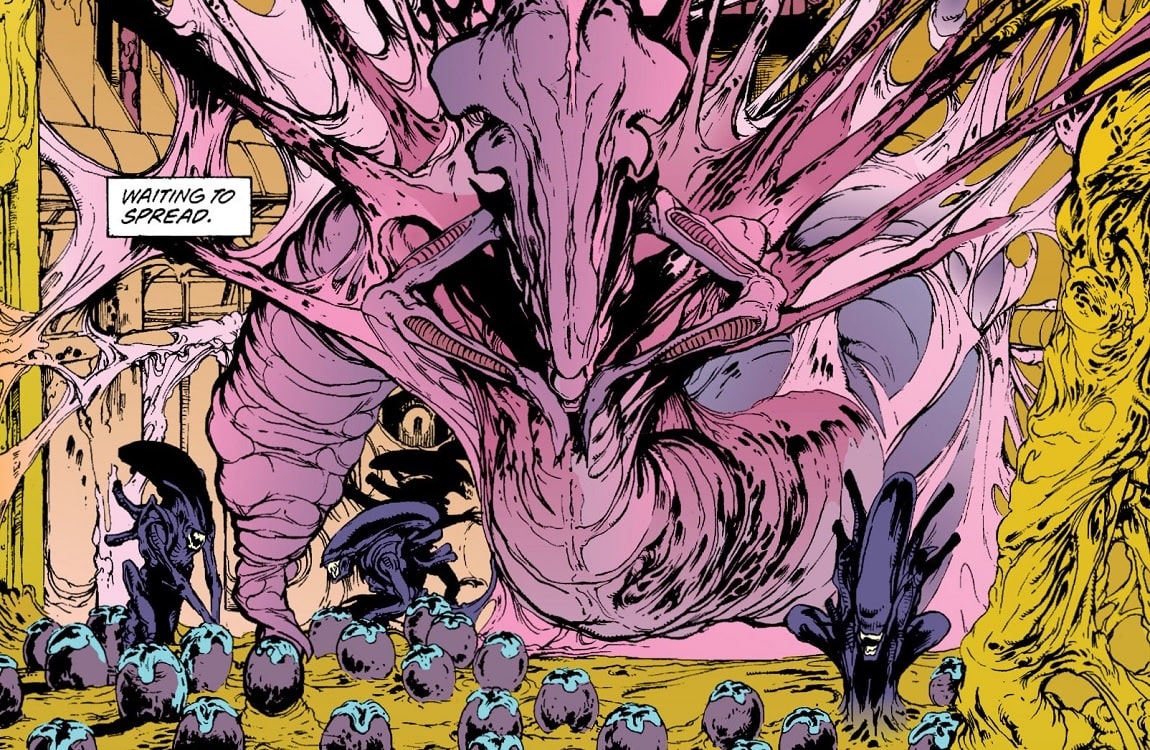 The Charon Base hive from Aliens: Rogue was a controlled one, meaning that all the exits were sealed and scientists monitored the Xenomorphs inside. Located in the vast mining tunnels of a remote asteroid, both the base and the hive were under the thumb of Dr. Ernst Klienst, one of the many mad scientists in the Alien series. The Xenomorphs numbered in about a thousand, many being bred from victims of Kleist's suppressive regime, where people suddenly disappeared. The distinguishing feat of this huge hive was the smell of rotten eggs from the hundreds of cocooned bodies. When a genetically created Xenomorph King escaped from activity, all hell broke loose on the base and it was subsequently destroyed by an explosion. 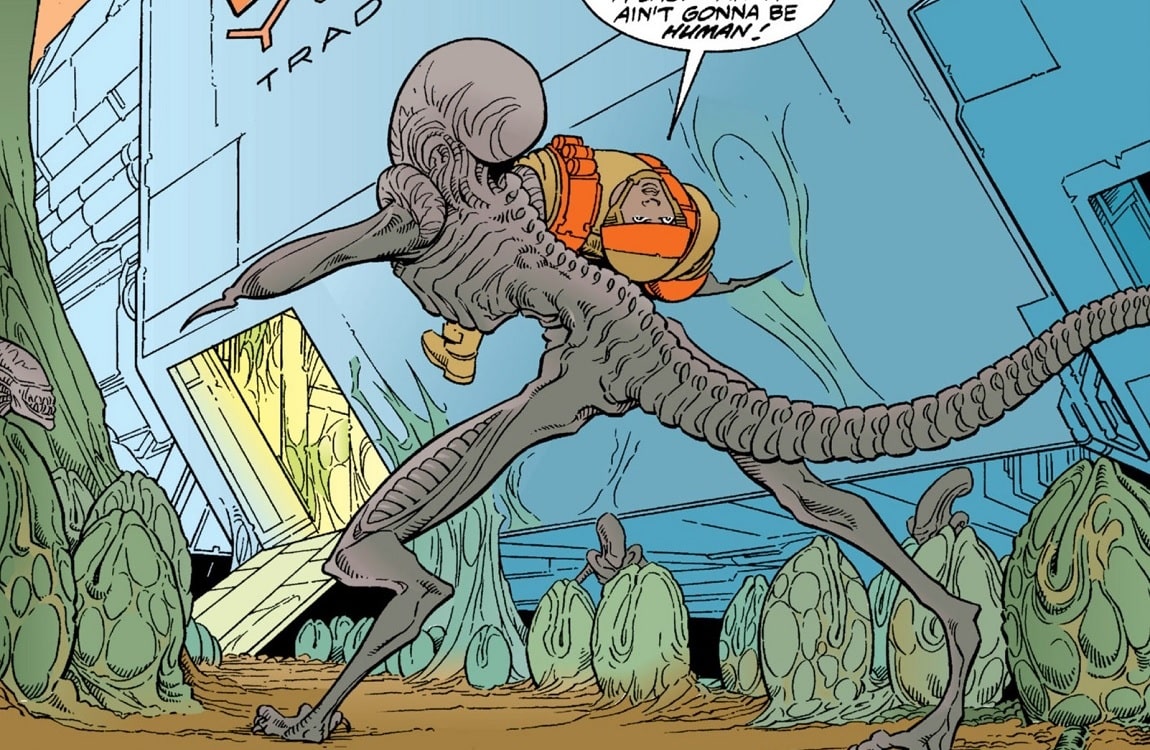 The Colonial Marine Berserker units were experts at taking down small or medium-sized hives. In Aliens: Frenzy, the USCM unit from USS Nemesis encountered a large hive on Terminal 949, a deep space station. The hive originated from a docked Weyland-Yutani transport ship that was carrying Xenomorph specimens. The Aliens quickly spread through the multiple levels of the stations and infested about a thousand people. Although the Nemesis crew was in trouble and lost about half of its members, they were able to blow up the station on escape in a shuttle. 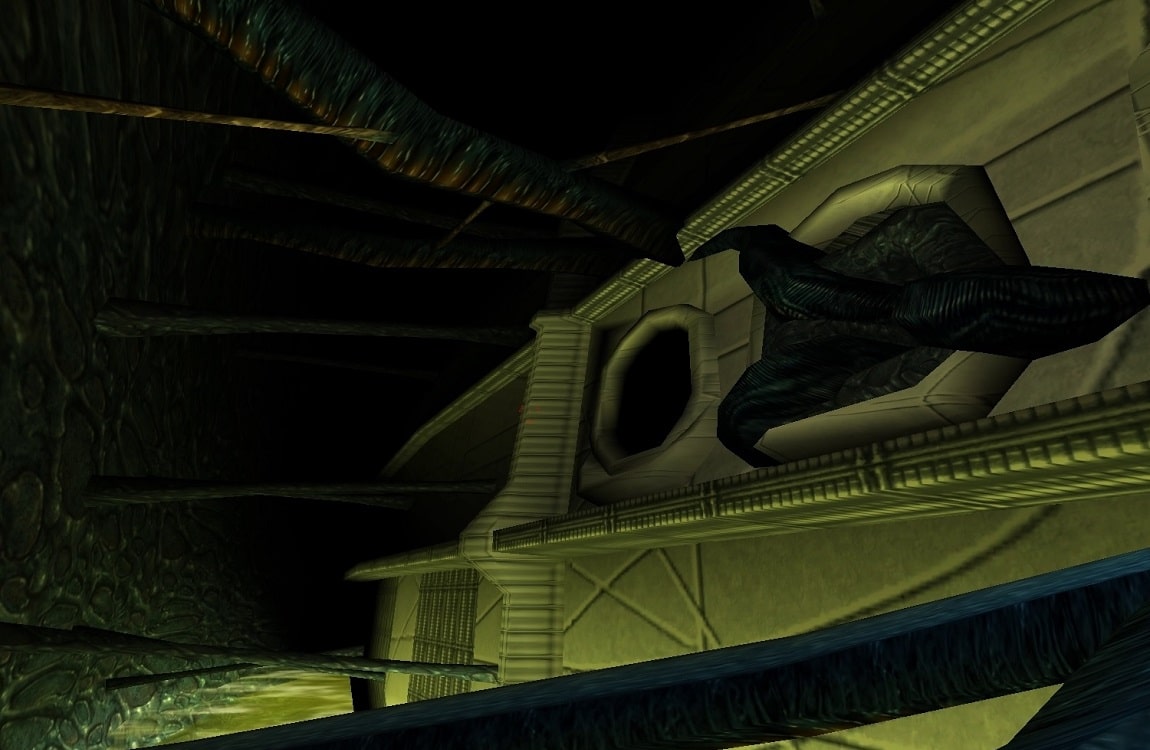 The planet known as LV-1201 from the Aliens vs. Predator 2 video game had multiple hives, including smaller ones inside Weyland-Yutani structures. The biggest hive was located inside a giant Space Jockey structure below the surface. It had merged together with the installation during thousands of years and housed thousands of Xenomorphs, born both from animals and human colonists. An Alien Empress was located e and she commanded other Alien Queens on the planet. The Empress was briefly abducted from her lair by Weyland-Yutani commandos but was soon rescued by the main playable Xenomorph from the Alien campaign. Although some of the smaller hives on LV-1201 were destroyed, the Space Jockey structure remained intact at the end of the game. 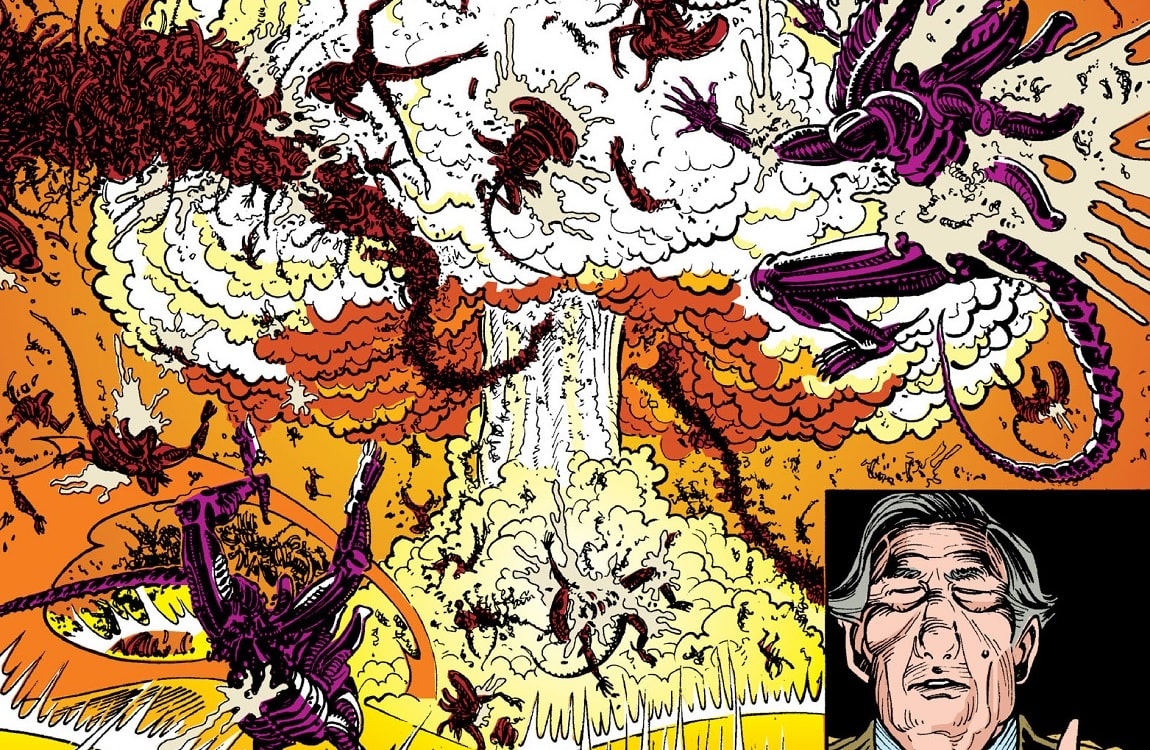 After the events of Aliens: Earth War, Earth was left infested with Xenomorphs and the human population either evacuated or became hosts for the Aliens, which numbered in the billions. Earth was covered with different Alien hives which spanned the globe, many being in the major cities. This was about to change when a squad of mercenaries lead by an android version of Ellen Ripley kidnapped the Alien Queen Mother from Xenomorph Prime. They dropped this giant Alien Queen near Oregon, at a location of one of the largest hives on Earth and a site of hidden nuclear bombs. When the Xenomorphs around the planet swarmed to their mother, the bombs were detonated and most of the Alien infestation was cleared. 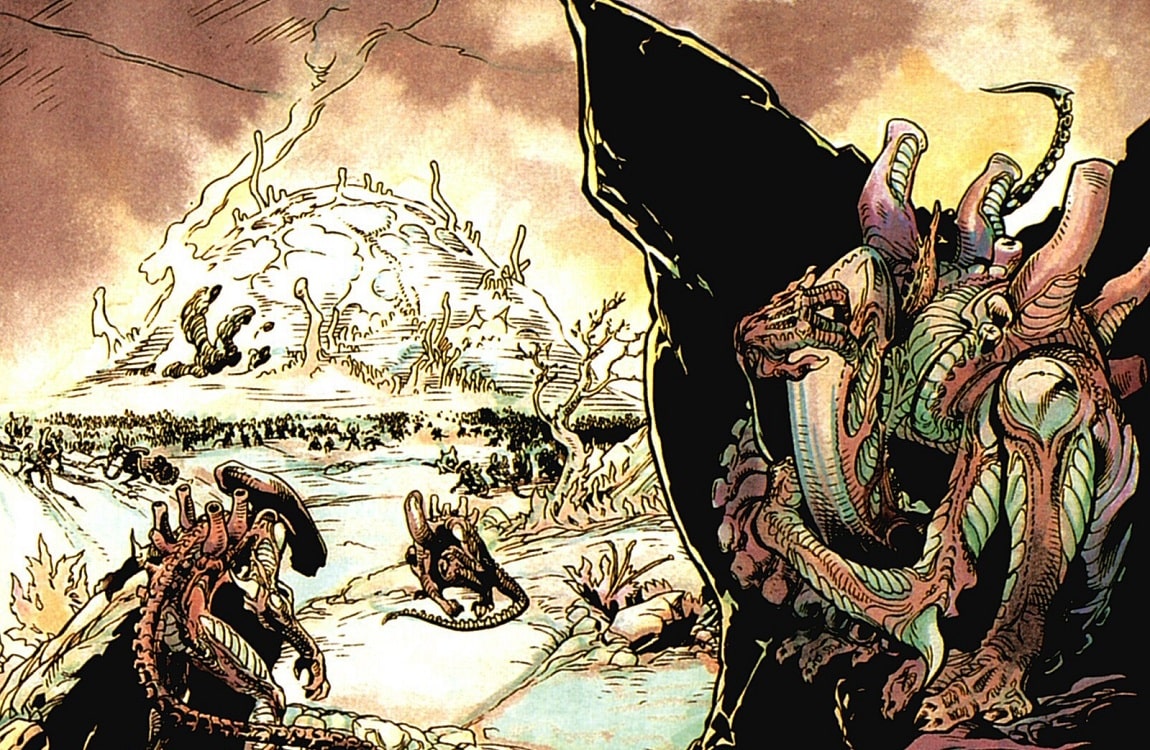 Xenomorph Prime (also known as Alien Hiveworld) was the location of the biggest Alien hives in the known universe. The surface was a barren rock with the indigenous population wiped out by Xenomorphs. Massive hives spanned both on the surface (being onion-shaped based on Giger's early designs) and in underground caves. The Queen Mother ruled this planet including its different hives and even had some telepathic influence on other planets. When the Queen Mother was taken from the planet, a civil war broke out during the different hives, with the traditional black Xenomorphs fighting the Red Queen and her minions. The Xenomorphs Prime hives were seen in both Aliens: Female War and Aliens: Genocide.

Did you enjoy the list and want to know more about the Xenomorphs? Check out the list of the best Aliens comics and look over the overview of the all Xenomorph types.