Throughout the Alien series, there have been several special types of white and albino Xenomorphs. The reasons for their existence include old age, inherited human traits due to DNA mixing and special pigmentations in their skin. Here is a list of notable white Xenomorphs, including the Newborn, Neomorph, Albino Drone, and the White Hybrids. 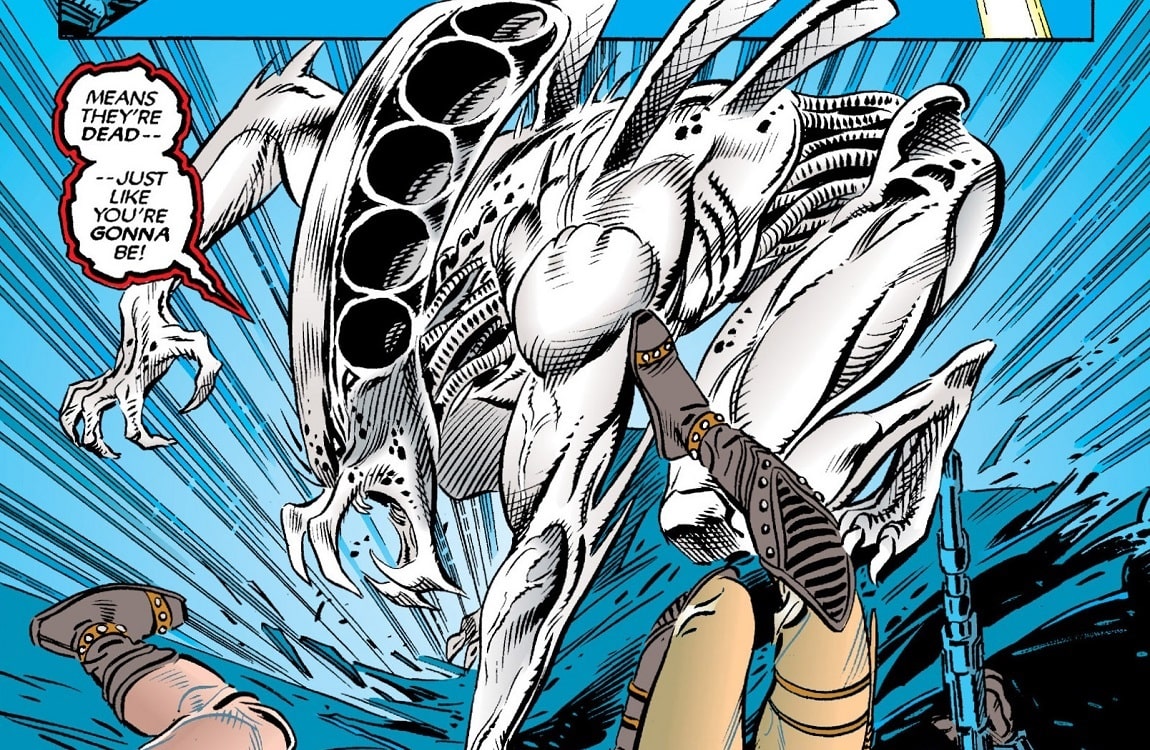 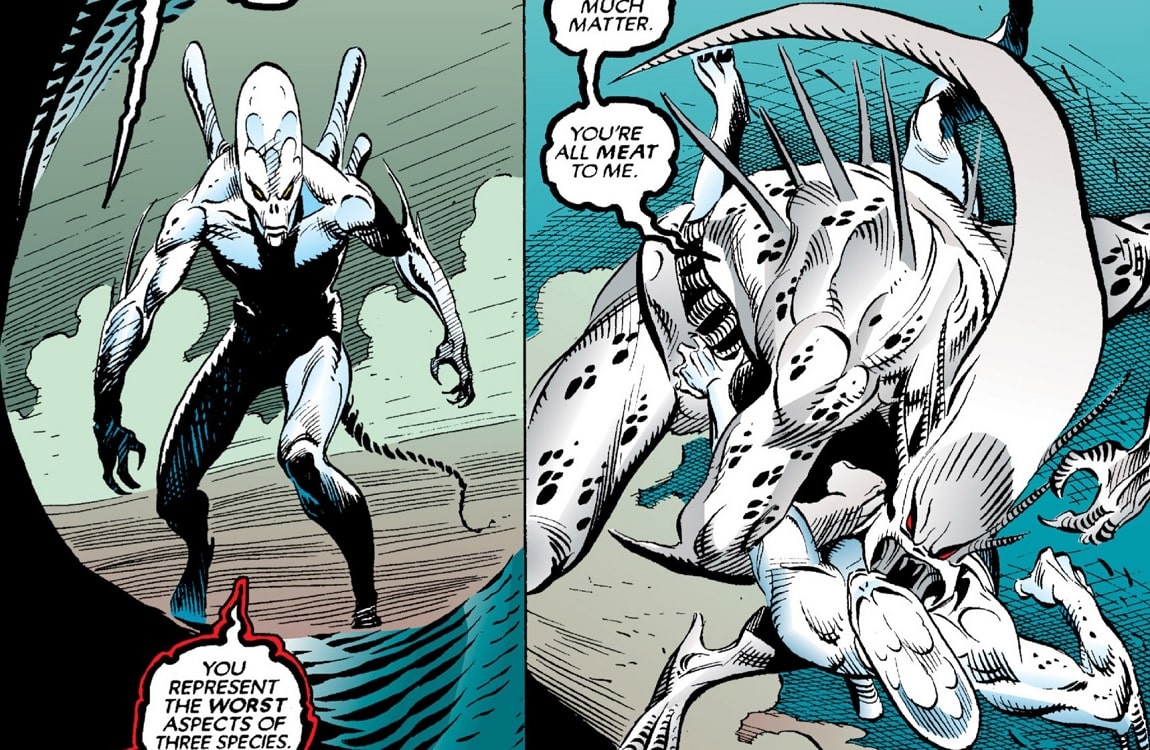 The leader of the white hybrids was the Hybrid King - a big creature resembling a Predalien. The Hybrid King had the ability to speak, a trait inherited from humans. After Ash Parnall was infected by a special facehugger, she birthed another white Xenomorph - named the Trophy Hatchling (ash Ash herself was a trophy wife). The Trophy Hatchling allied itself with Big Mama and fought the Hybrid King to a stalemate. The race of white hybrids was wiped out when the skyliner belonging to the Montcalm-Delacroix et Cie exploded in orbit. Only the Trophy Hatchling survived and joined the crew of Big Mama, wishing to be something better than the evil race of Xenomorphs. 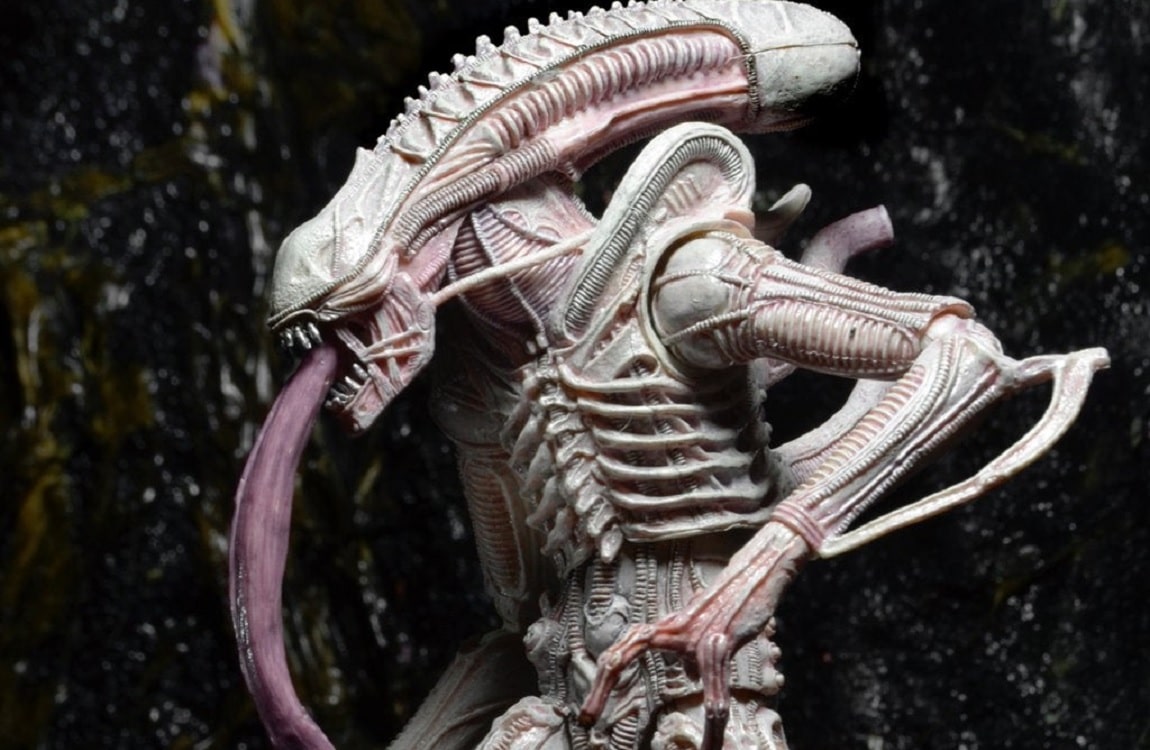 In the initial script draft of Aliens by James Cameron, Ripley encountered albino drones in the Xenomorph hive when going to rescue Newt. These were slightly smaller types of Xenomorph, with white skin and a long pink tongue. The tongue was used to help build the hive - to mold the resin on the walls and to cocoon the victims. These white Xenomorphs were probably cut due to budget reasons and Cameron rewriting the script to be more focused. The concept was later canonized by NECA who released the albino drone Xenomorph figures, although their size was the same as regular drones. 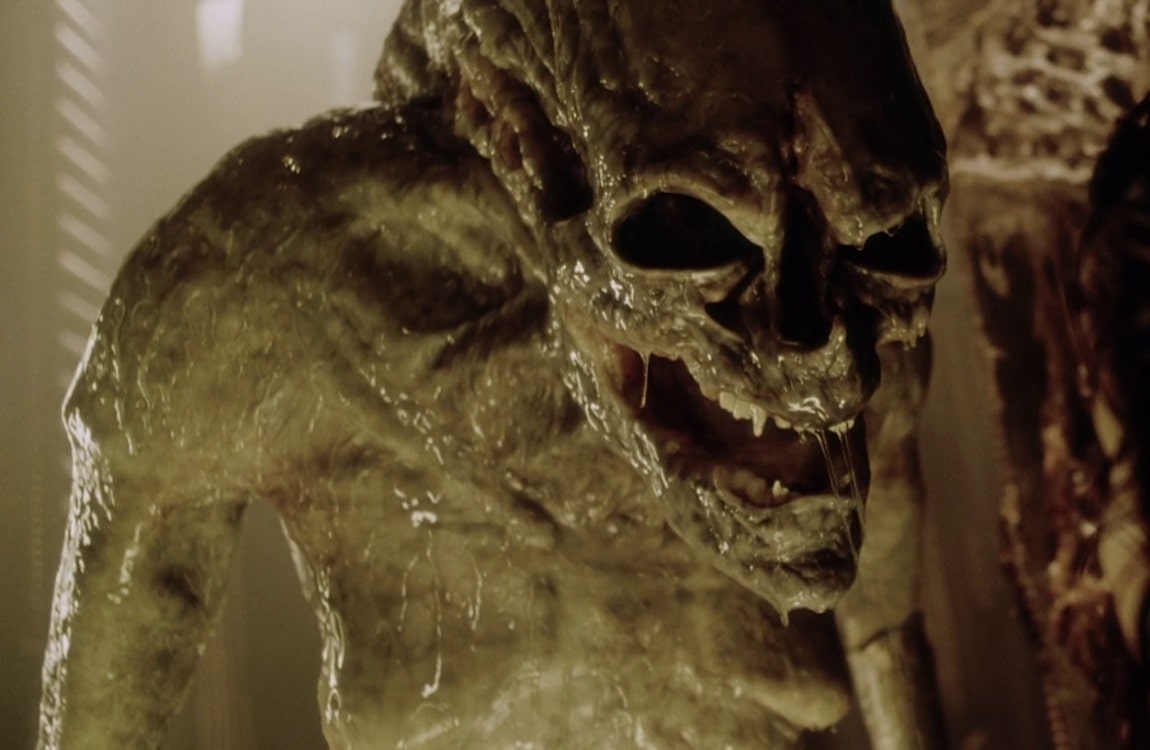 The Newborn from Alien: Resurrection inherited its light skin from the DNA traits of Ripley 8, the clone of Ellen Ripley. While the Auriga Queen was its mother, Ripley 8 can be considered to be its grandmother. Not just light in tone, the skin was also soft and not armored like a regular Xenomorph. Its other human traits included eyes, a tongue and a nose. The Newborn was unmatched in strength, being able to kill an Alien Queen in one swipe and is probably the strongest Xenomorph type on the list. 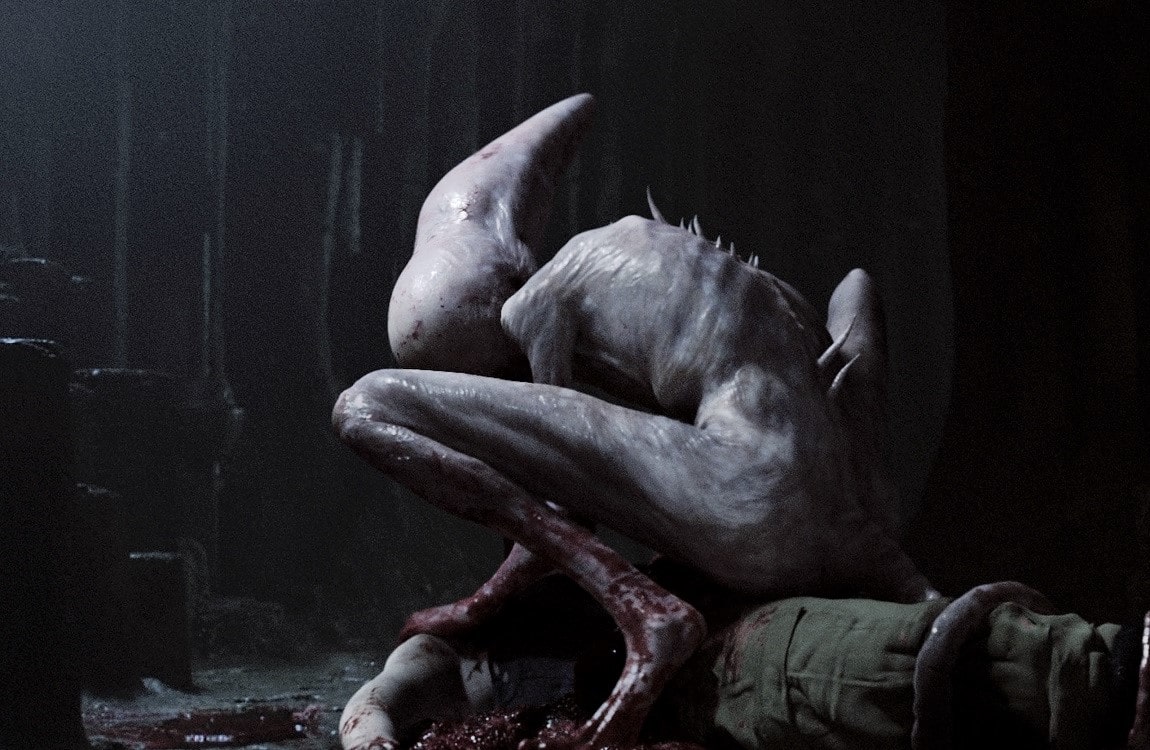 The Neomorph was a preliminary type of Xenomorph, being similar to the Deacon. While the Deacon was blue-skinned, the Neomorphs were white. The Neomorphs were created after David released the Black Goo biomatter into the atmosphere of the Engineer planet. The Black Goo fused with the plantlife to create small eggs which later hatched and infected humans exploring the planet from the Covenant ship. Born as a bloodburster, the Neomorph was an agile and vicious creature, with a thicker skin than a Xenomorph and missing the inner-jaw as well. 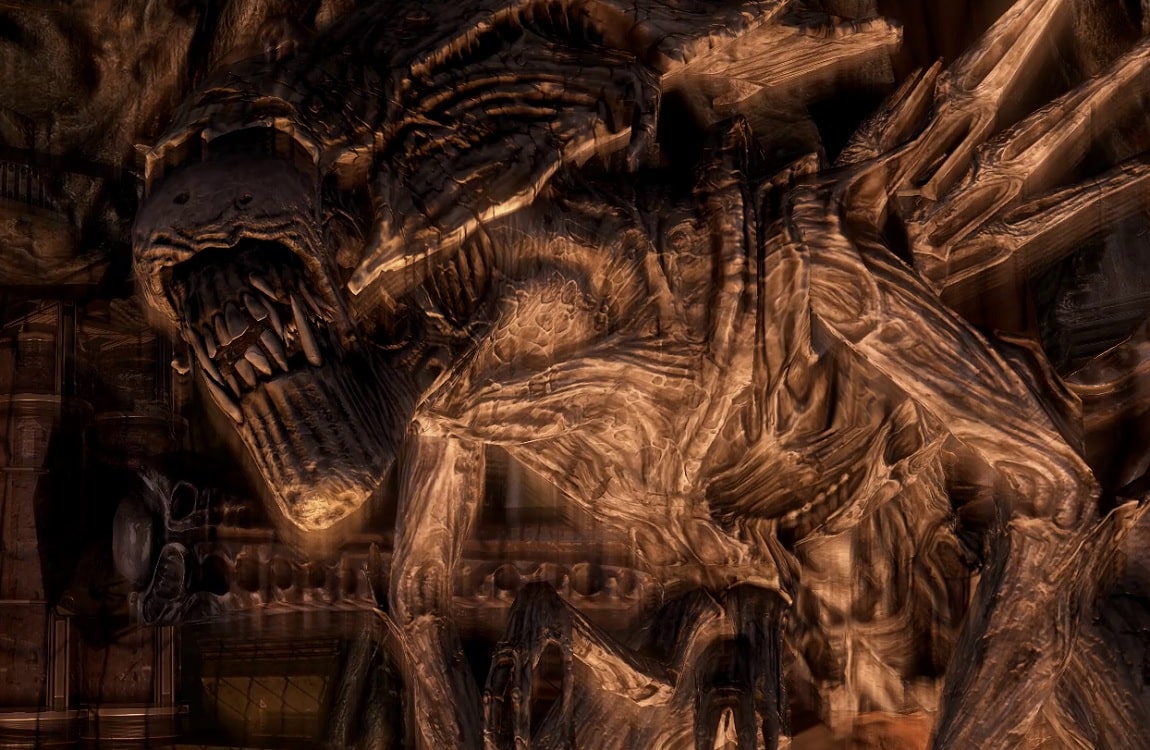 While other Xenomorphs have turned white due to DNA manipulation or albino pigmentation, the Matriarch Queen on BG-386 turned to whitish-grey color due to old age. She was over a thousand years old when she died at the hands of a lone Colonial Marine during the events of Aliens vs. Predator 2010. Her skin had formed cracks and ridges due to old age as well. Notably, the hundreds of years old Antarctica Queen from the first Alien vs. Predator movie seemed to be a lighter tone as the young one in Aliens as well. 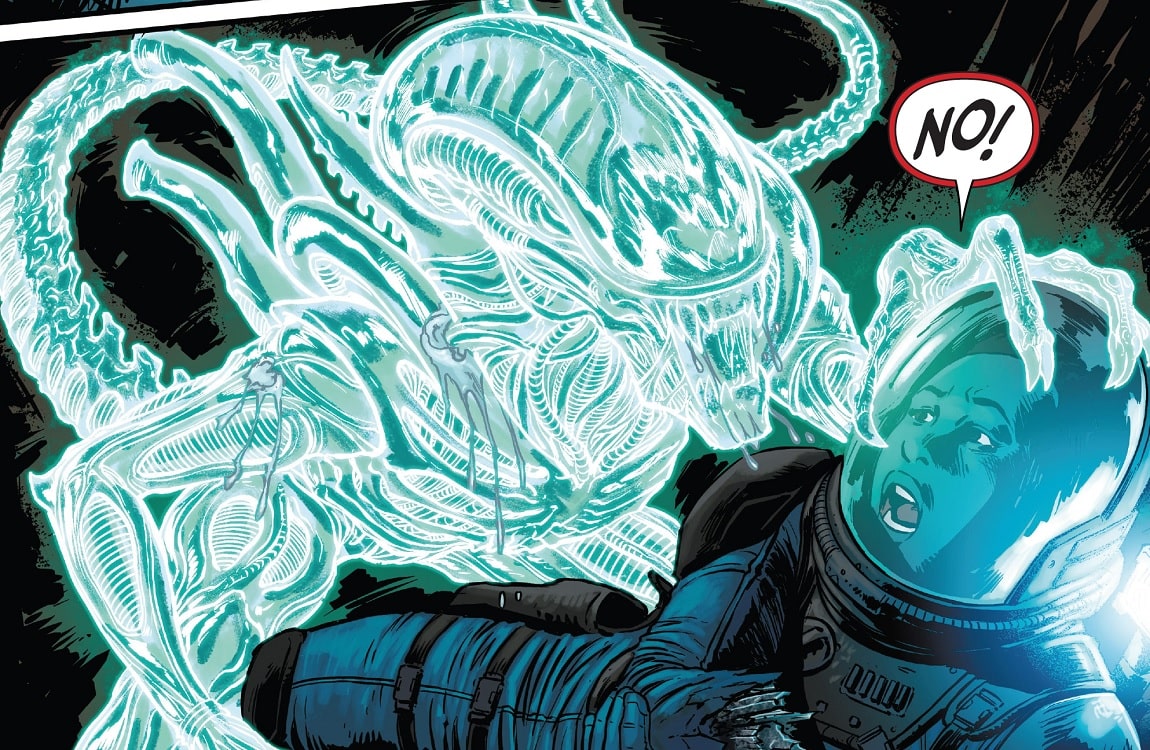 The Alien Expanded Universe has an unhealthy habit of returning to Hadley's Hope, even though it was destroyed in the Atmospheric Processor's explosion. In Aliens: Aftermath, a group of extremists led by Cutter Vasquez (a cousin to Jenette Vasquez) landed on LV-426 about 35 years after the events of Aliens. In the ruins of the colony, they quickly discovered an irradiated Xenomorph, who started to kill the members of the group. The Xenomorph had adapted to and transformed in the radiation of the Atmosphere Processor and was especially deadly, as anything it touched started melting. Cutter Vasquez and the Alien killed each other at the end. 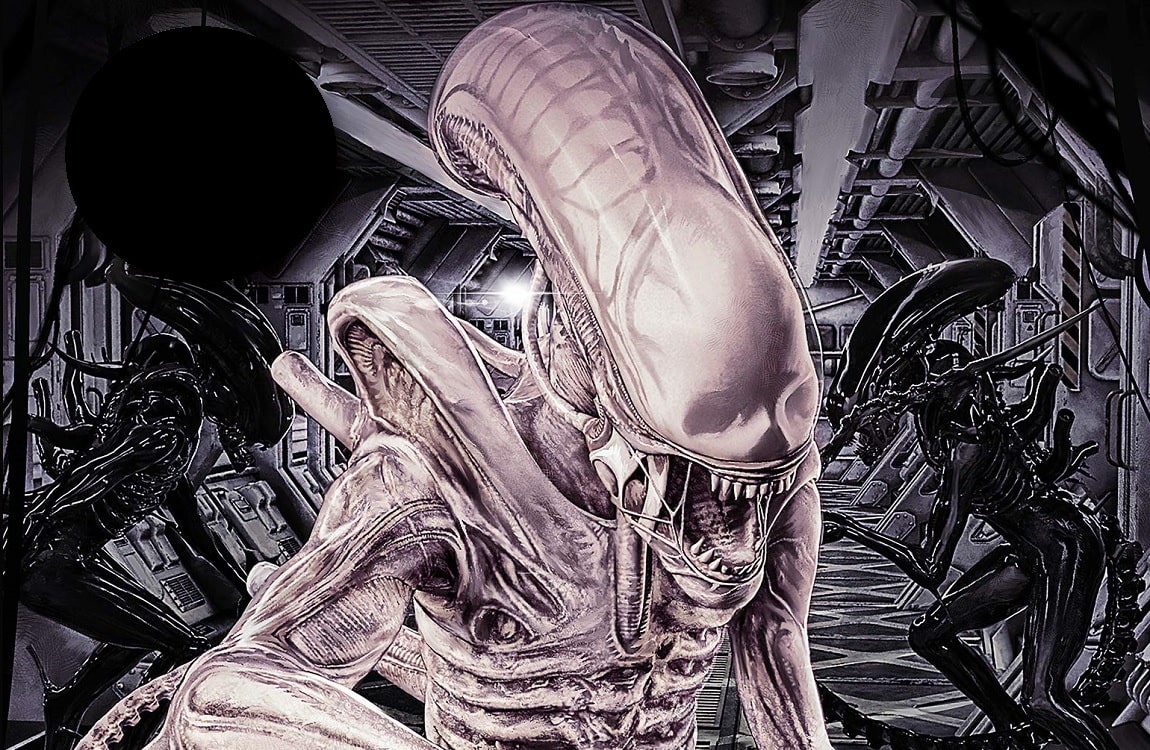 The Number Seven Xenomorph from Aliens: Infiltrator had been transformed white by experimentations with the Black Goo on Pala station. A dozen Aliens experimented on yielded different results, and Number Seven was probably the most unique. It had a telepathic link with other Aliens and could command them into battle. Number Seven did not do much fighting itself and was killed when a group of survivors caused an explosion near the shuttle bay of the station. Dr. Timothy Hoenikker was the final survivor of the station and turned up later in the Aliens: Fireteam Elite game.

Want to know more about the Xenomorph lore? Check out the lists about the android Xenomorphs and the female Xenomorphs.