The Alien queen was a great invention of James Cameron and the first true female Xenomorph. However, she had a very large and insect-like presence while featuring a strong maternal instinct and no real feminine appearance. Are there any other female Xenomorphs in the Alien lore who actually have feminine features and are not only part of fan-art? Here is a list of all notable female Xenomorph hybrids, special experiments or unused concepts that have been featured in the Alien franchise. 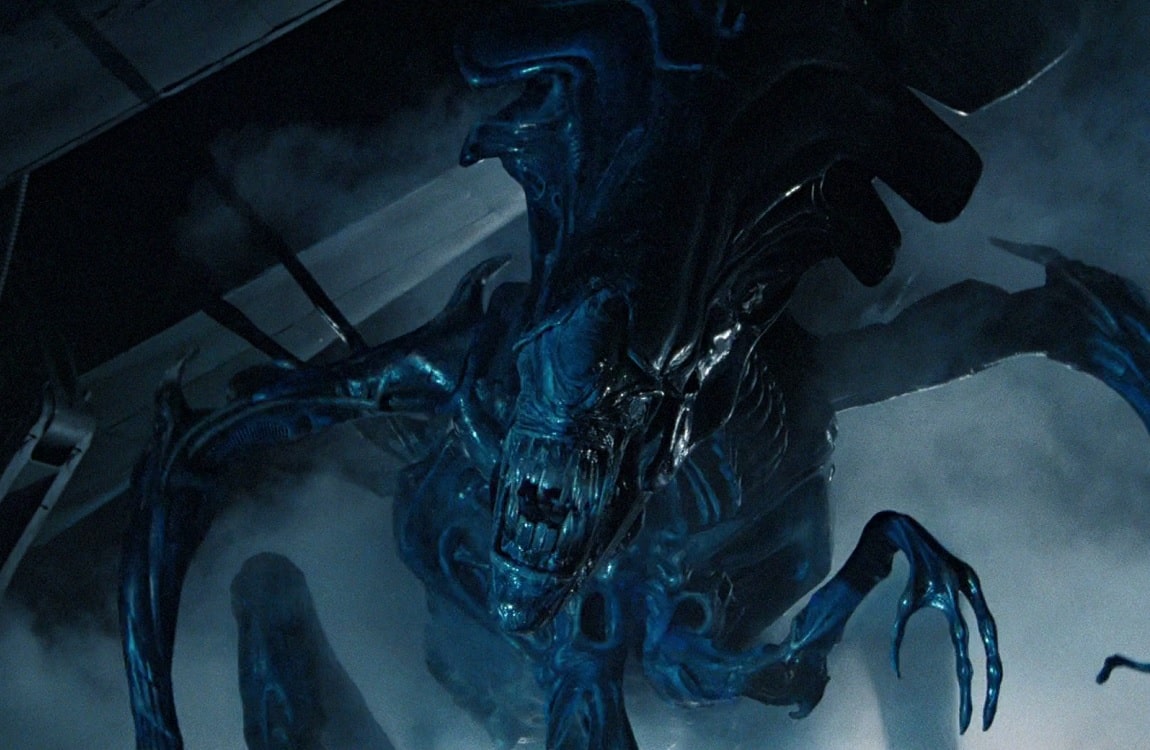 Even before the first movie, the legendary artist H. R. Giger sketched the first verisons of the Xenomorph in his book Necronomicon. The designs had clear female features and deep sexual undertones which is a trademark of Giger. The paintings had breasts, sexual organs and even hints at rape. Of course, some of these features never made it to the first Alien movie. What remains is the biomechanoid elongated head, an inner mouth and an outer endoskeleton. A similar creature appeared in Alex White's second book in the Alien franchise titled Alien: Into Charybdis. 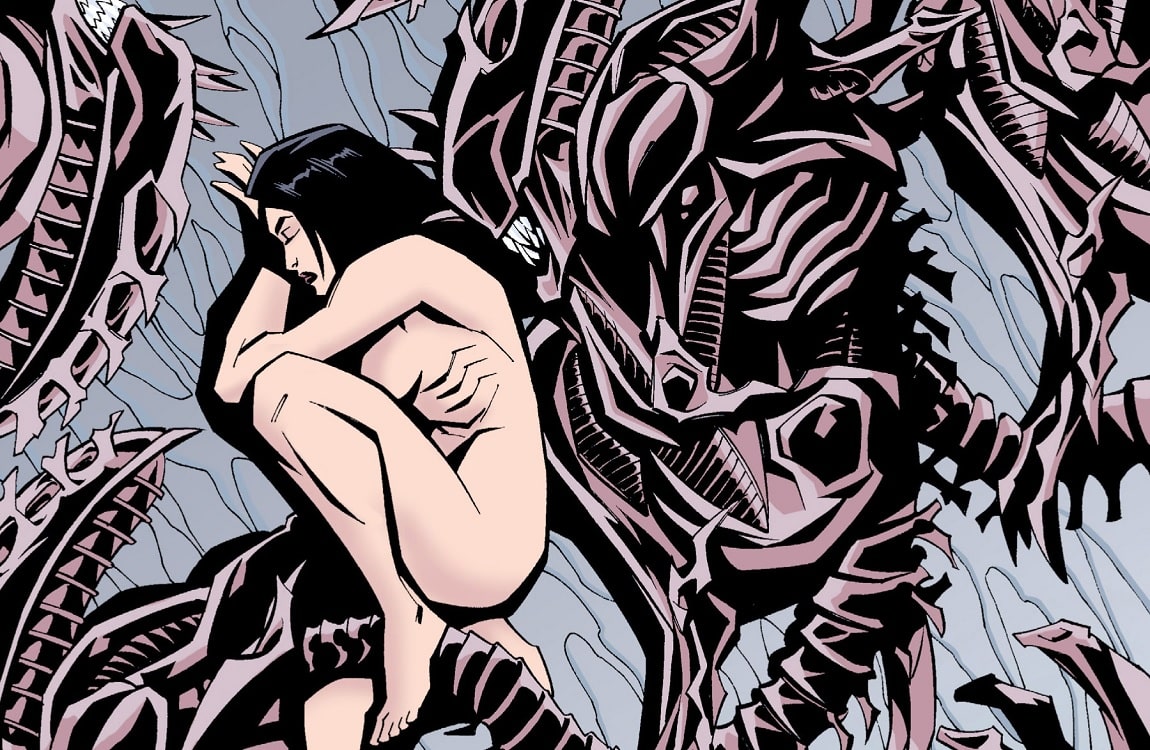 Eloise was a female xenomorph android hybrid with a special relationship with the Xenomorphs. She was created as an experiment and grown in a lab on the planet Sybaris 503. Physically she mostly looks like a human female but had Xenomorph DNA and acid for blood. Her hands were shaped like the claws found on the Xenomorphs and had four Dorsal tubes on the back. She had enhanced speed and strength and was able to telephatically connect with the Xenomorphs who considered her to be part of the hive. She was featured in the Aliens: Purge comic and her adventures continued in the Aliens vs. Predator: Pursuit comic. 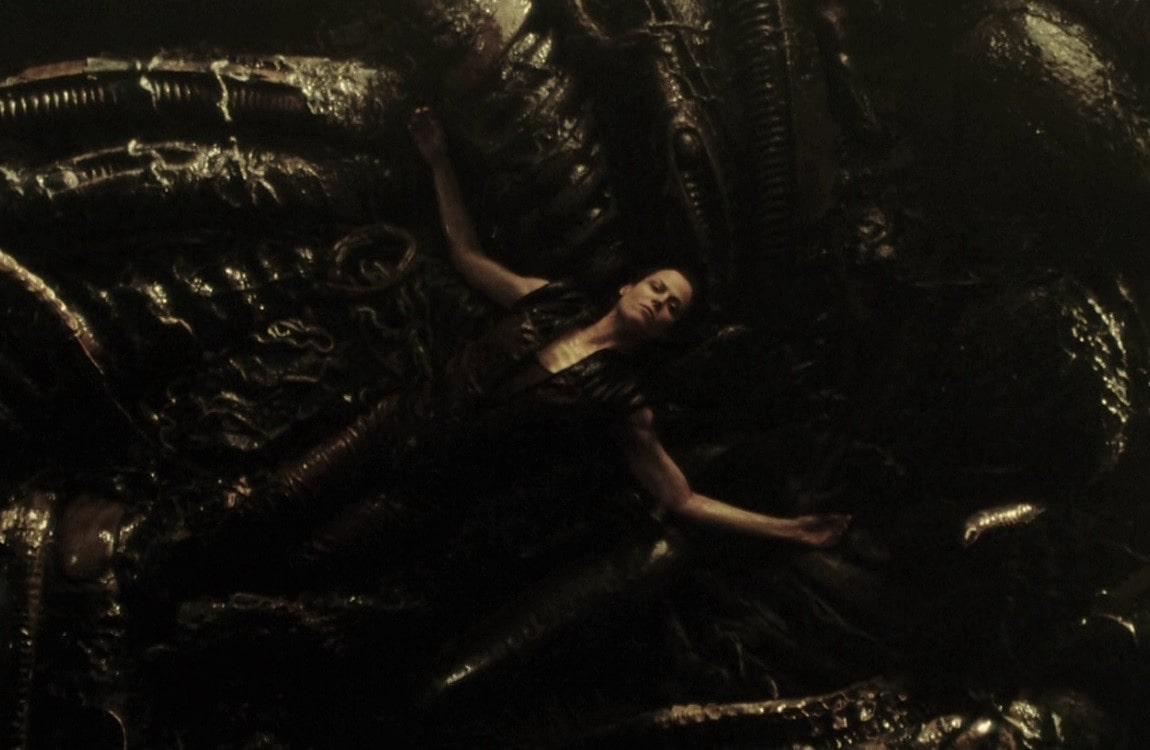 Ripley 8 was a cloned version of Ellen Ripley, cloned on the USM Auriga in the year 2381. Only the 8th clone was successful with an Alien queen being removed from her. Ripley possessed Xenomorph qualities like acid for blood, heightened senses and super strength. She didn't actually look like a Xenomorph, unlike the previous clones. She also possibly had a telepathic link to the Xenomorphs, feeling the presence of the hive. The Newborn Alien born from the cloned queen considered Ripley 8 to be her Xenomorph mother. Ripley 8 was the main character in the movie but her story continues in the Aliens: Original Sin book.

Dr. Elizabeth Shaw was the sole human survivor of the Prometheus mission. Together with the broken android David, they flew to an Engineer planet with the Juggernaut ship seeking answers. Shaw repaired David and went to cryosleep for the long journey. After David killed everyone on the planet with the black goo, he decided to start experimenting on Shaw. In the process she was killed and merged into some kind of female Xenomorph hybrid and a possible mother for the Xenomorph eggs. It is possible that through his sick experiments, David was able to create Xenomorph eggs without a queen Alien. It was a sad end to Elizabeth Shaw's character. 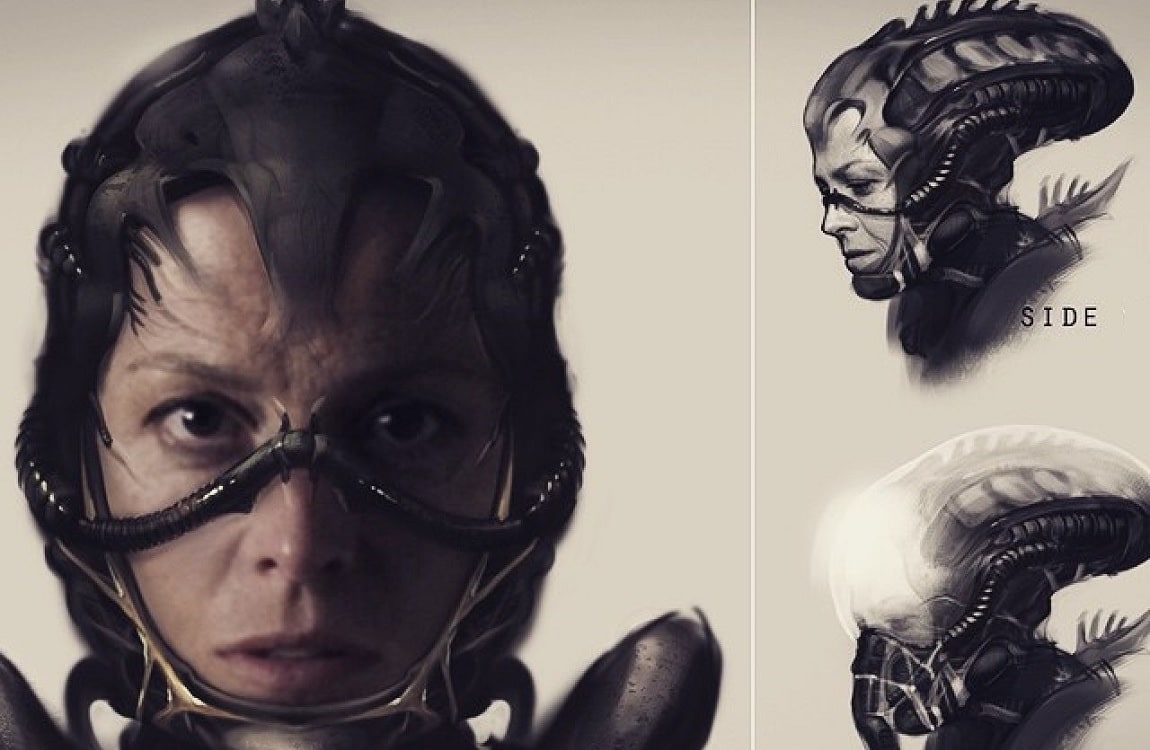 The concept art for Neil Blomkamp's Alien 5 featured some interesting sketches of a female Xenomorph hybrid in the form of Ellen Ripley. Although Blomkamp wanted to throw away the events of Alien 3 and Alien Resurrection, these sketches seem to be getting back into the territory of Ripley 8. It is not directly known if Ripley is wearing some kind of Xenomorph armor or has been actually fused or infected by a Xenomorph. The concept art also reminds me of the Engineer suit from Prometheus. The film was eventually canceled and these designs never came to fruition. 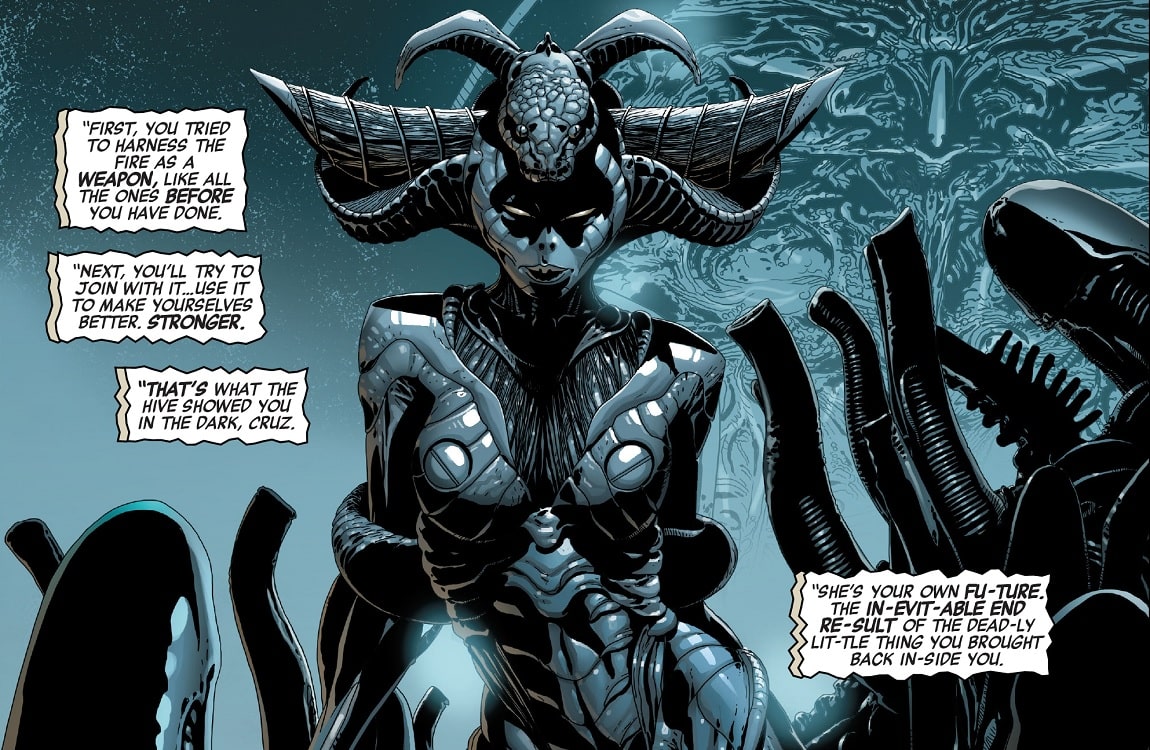 An Enigmatic Xenomorph Goddess was featured in the first Marvel Alien series, titled Bloodline. This biomechanical feminine creature with goat-like horns was part of the Alien hive, but not as a Queen. First, she appeared in the facehugger induced nightmares of the main character (Gabriel Cruz), but soon it turned out that others had seen her too. She was supposed to represent the inevitable end result of mankind's run-ins with the Xenomorph species and wasn't just a figment of imagination. The Goddess was most likely inspired by a painting by H.R. Giger named "The Spell II".

Want to know more about Aliens? Check out the list of Xenomorph types and the most Badass Aliens.