Predators fighting Predators is a rare event in the Predator franchise. It is a short and bloody fight to the death, in almost all cases using melee weapons. Usually, the fight might involve a Predator Bad Blood that needs to be killed by a regular hunter. Although this is fighting their own species, the combat is still considered honorable and trophies may be taken. These results of these brawls are unpredictable and the underdogs may not come out as winners as one might expect. 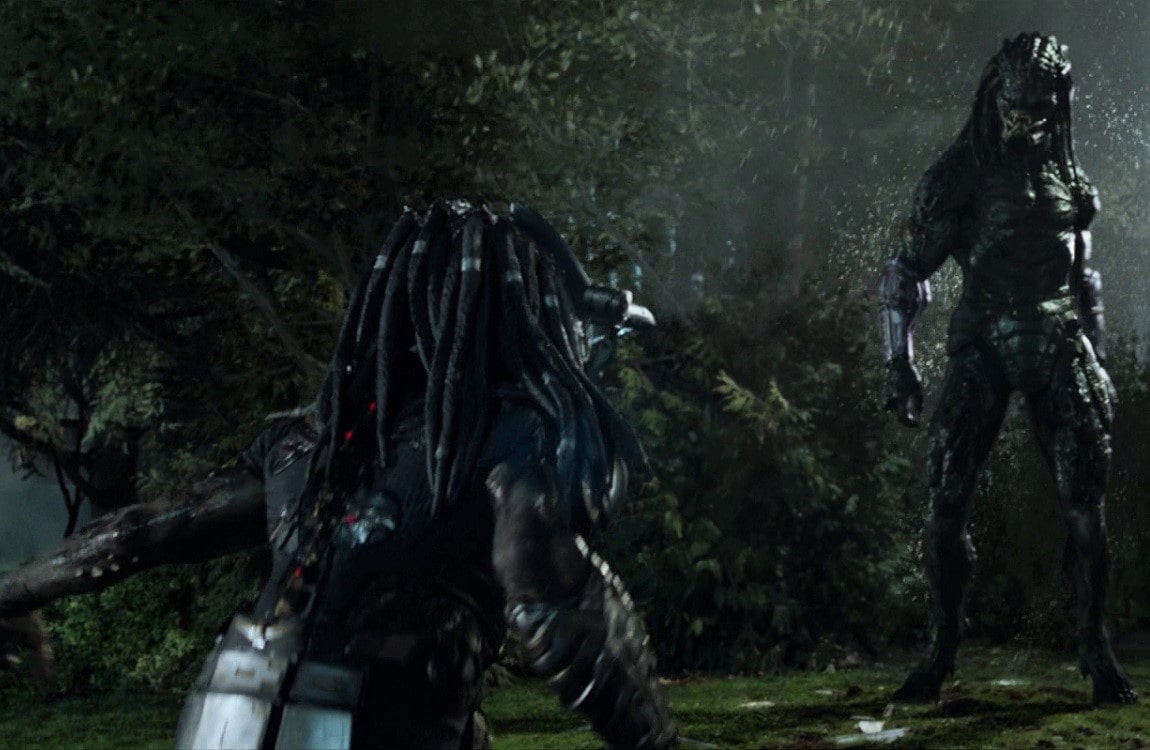 The Fugitive vs. Upgrade Predator is one of the two Predator fights we get to see in the movies and it is lackluster. Fugitive had a range advantage and used his shoulder cannon on the Upgrade Predator. However, the big Predator made a sidestep and dodged it. Instead of shooting again, or using another ranged weapon, the Fugitive chose to close the distance and use his wristblades instead. This proved to be a fatal error as the Upgrade grabbed and incapacitated him. He then ripped off his mask and head. This fight could have been better if it was longer and took place at the end of the movie. The movie ground to a halt in the middle with the death of the Fugitive. 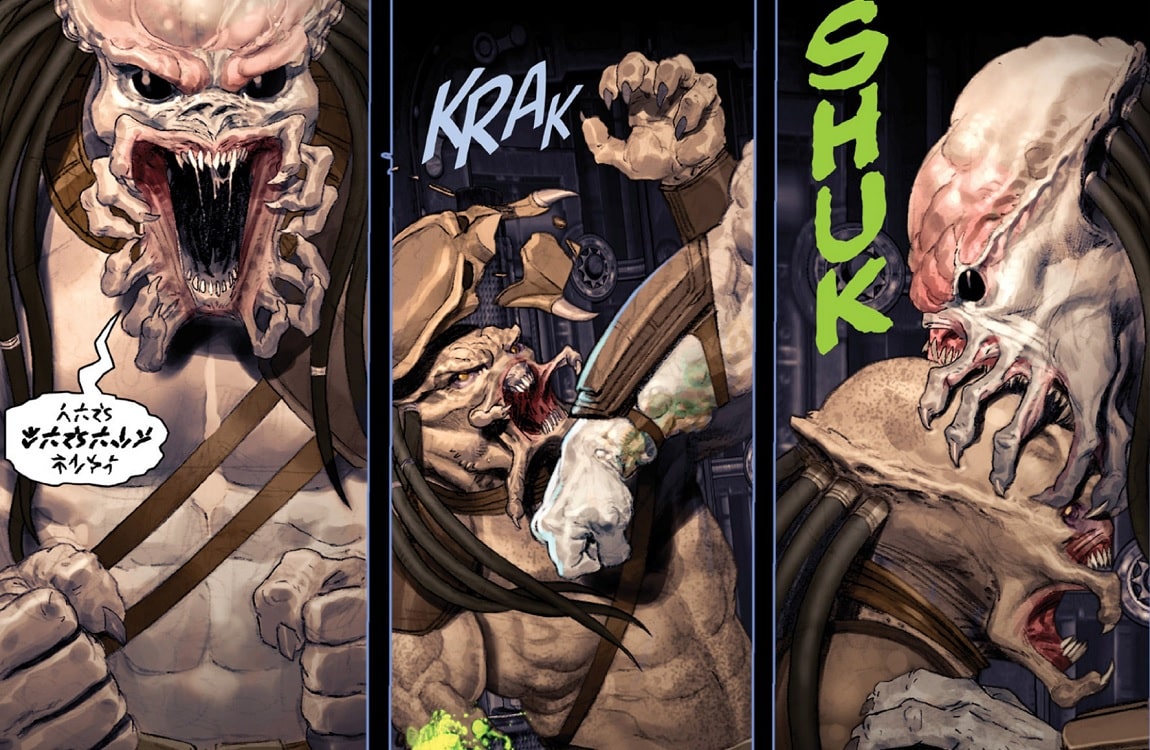 The Infected Predator vs. Hunter fight was another one-sided fight against an overpowered huge Predator. The Infected Yautja came into contact with the black goo from Prometheus and started to mutate rapidly, growing in size and adding new limbs. Hunter Predator was his clanmate and the crazed Predator attacked him on sight. He ripped off the smaller Predators hand and smashed his mask into pieces. However, the regular Yautja was able to do some damage with the wristblades on his other hand and went down fighting. Finally, the Infected Predator bit into his face, killing the outmatched Hunter. This fight took place in the Alien vs. Predator: Fire and Stone series.

8. Warrior and Hunter vs. Mad Predator 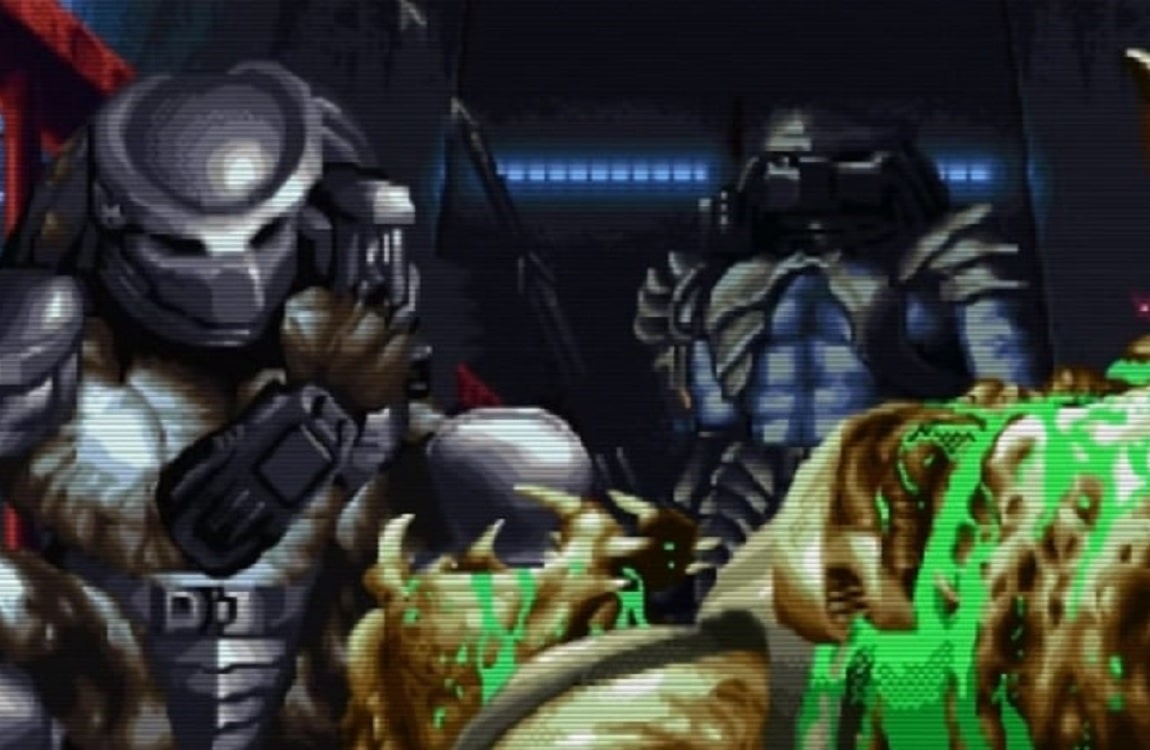 The Mad Predator was a difficult mid-game boss in the Alien vs. Predator Arcade Game. The Hunter and Warrior Predators encountered the blue-skinned Mad Predator on an ascending elevator on the way to on top of a Weyland-Yutani research facility (that looks like an atmosphere processor). It's up to the player what weapons to use but the Mad Predator chooses to fight with melee weapons only. After defeating him, it is revealed the Mad Predator was in fact infected with a Predalien chestburster, which drove him insane. This is a memorable miniboss fight and the only Predator antagonist in the game. 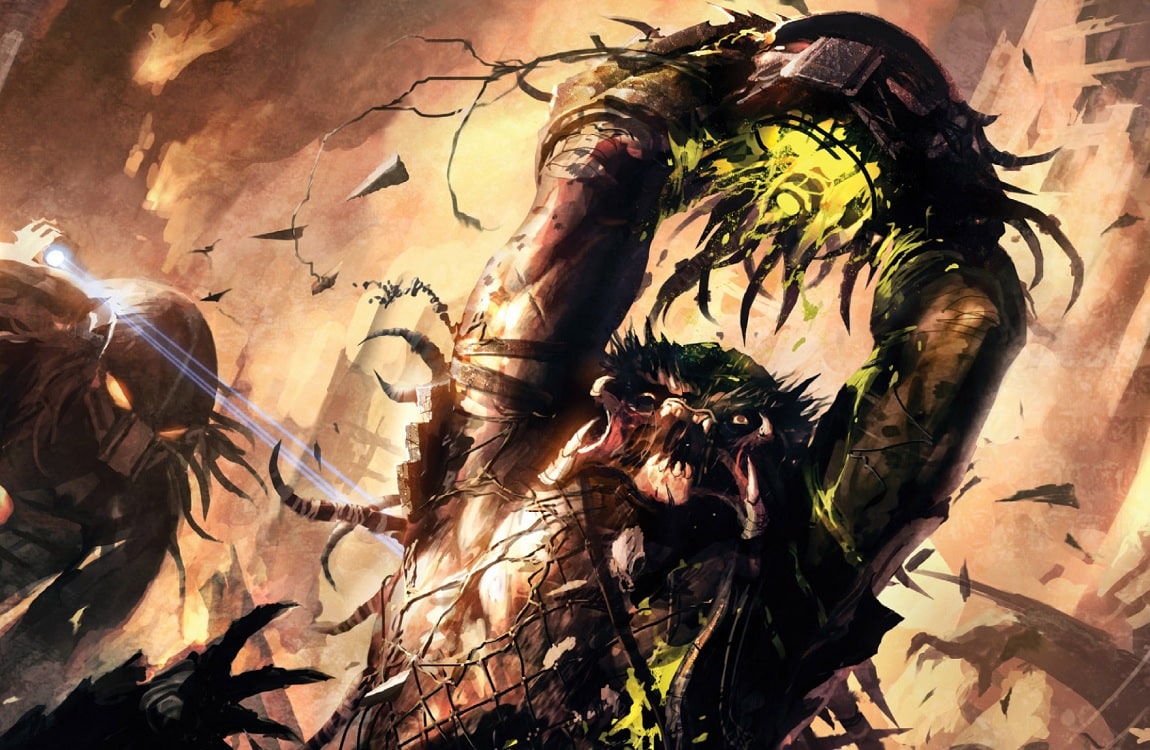 The Killer Predators vs. Hunter Predators fight is not a specific fight, but the overall conflict of the two predator clans - regular Hunters and the Bad Blood Killer Predator clan. The fighting between the clans had lasted for centuries, being first described in the Predator: Prey to the Heavens comic in the 21st century and continuing into the end of the 22nd century during the time that Machiko Noguchi lived in the Aliens vs. Predator: Three World War comic. The Killer clan even used Xenomorphs as Predator dogs in the fights but the regular hunters obtained the help of Colonial Marines and prevailed in the end. This artwork is by the great Raymond Swanland and depicts a Killer Predator stabbing a regular hunter with wristblades. 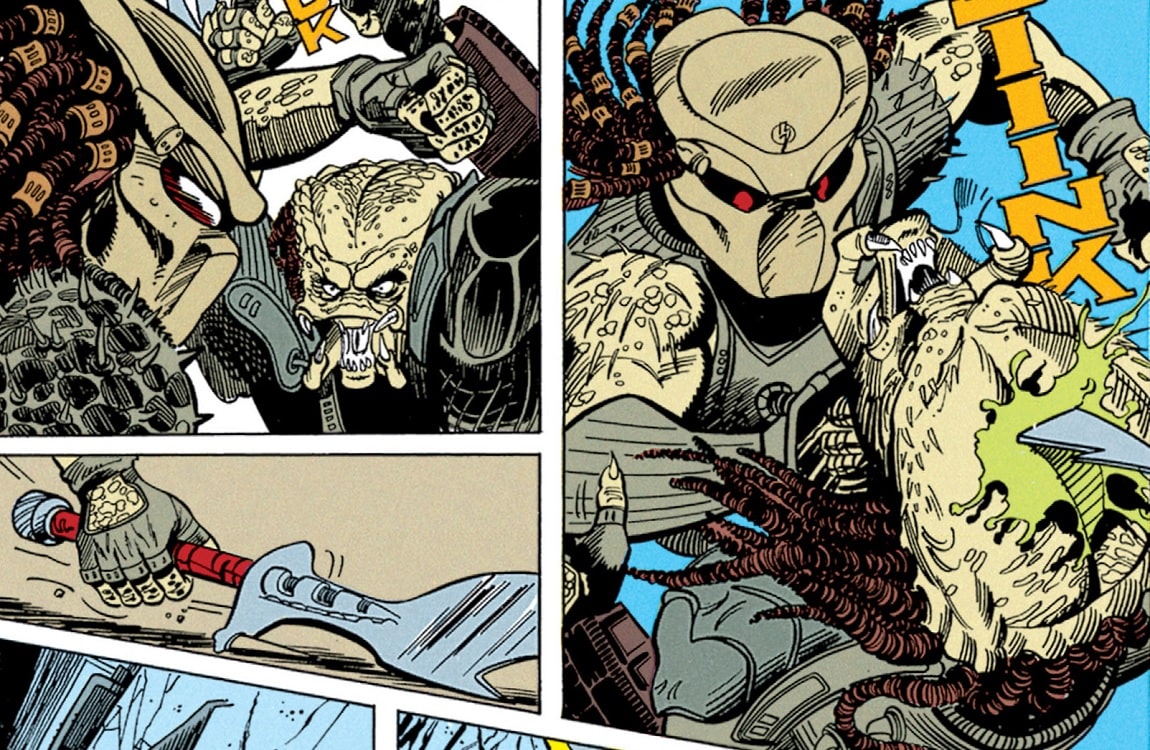 Dachande vs. Tichinde were part of the same clan while Dachande (a.k.a. Broken Tusk) acted as the leader. While Dachande was wounded at the beginning of the hunt on Ryushi, Tichinde took over command but turned away from the ways of the Yautja by starting to kill innocents. This led to the conflict between the two brethren, which was short and bloody. The wounded Dachande fought with a spear, while Tichinde used his wristblades. After blocking another blow with his arms, Dachande stabbed Tichinde under the chin and through his head. Tichinde was dead, but there was no trophy being taken as Broken Tusk did not really enjoy this kill. This ill-fated hunt on Ryushi happened in the first Aliens vs. Predator comic series. 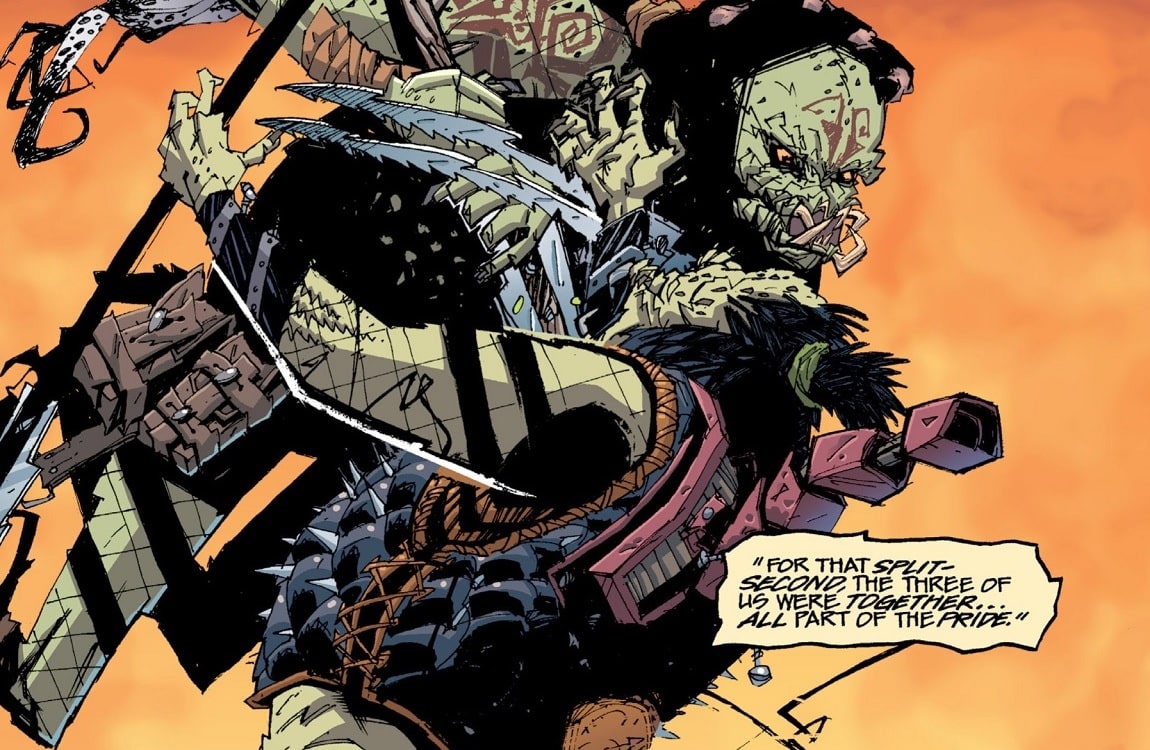 This is one of the few fights involving several Predators and the only one with an Elder Predator. The thousand-year-old Elder Predator (who can be called an Ancient Yautja) was dispatched from the Yautja Prime to track down three young Bad Bloods. The trio traveled to Earth and went on a killing spree in Yellowstone park. The Ancient Predator killed the first Bad Blood in a quick fight while the others retreated. Later, the Ancient was ambushed by the two survivors but the old Predator was able to take them down using his superior skill. This fight shows that a really old Predator can still be very deadly, even against multiple opponents. This fight occured in the Predator: Homeworld comic. 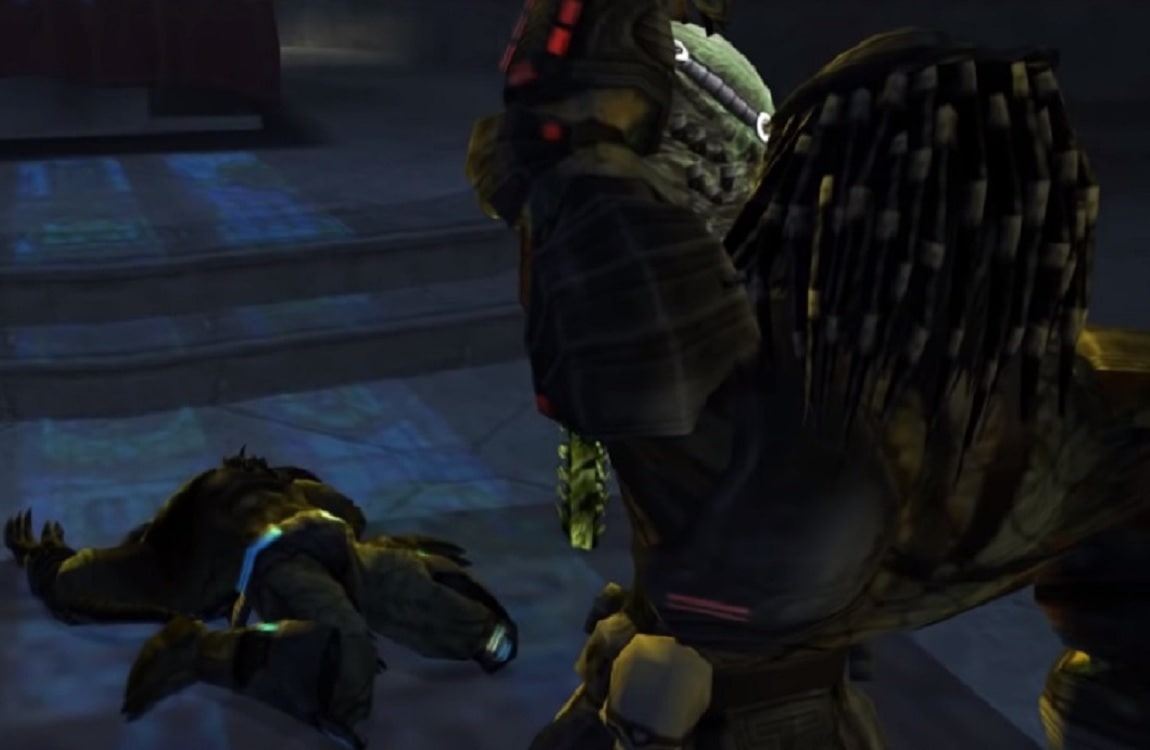 The Scarface vs. Stone Heart duel took place in the Predator: Concrete Jungle as one of the game's boss fights. Stone Heart was a captured Predator and cybernetically enhanced by the Borgia crime family. His dreadlocks were cut off and he was driven mad. The fight took place in a church during a lightning storm, which added to the epicness of it. Stone Heart only used melee weapons and was big and slow. However, if he got close to Scarface, he dealt a lot of damage. Scarface killed Stone Heart by ripping off his head and stored it as a trophy in his ship. 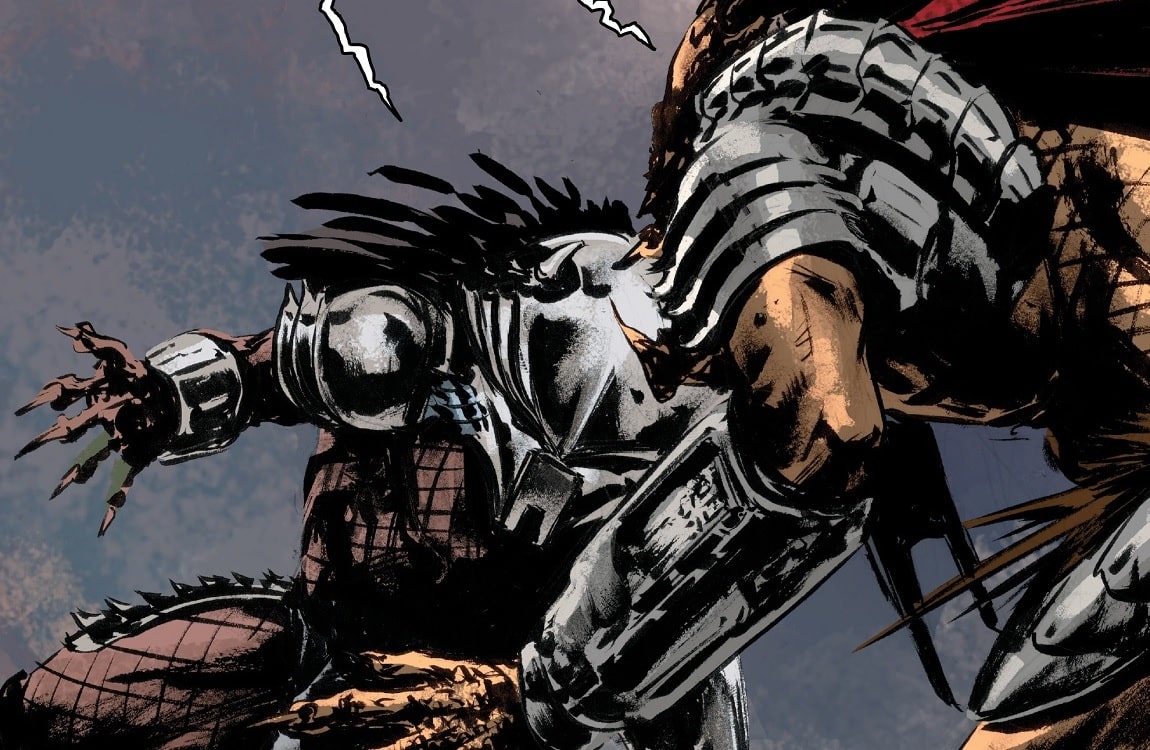 The Ahab vs. Hornhead fight from Alien vs. Predator: Life and Death was perhaps unnecessary, but it was good nonetheless. Ahab needed to secure the help of the Tartarus clan in the fight against hordes of Xenomorphs on LV-223. In order to earn the clan's trust, he had to duel the clans Champion - Hornhead Predator. The fight started out equally, with them trading fist blows at first. When wristblades came into the action, Hornhead managed to stab Ahab in the shoulder. In return, Ahab cut off Hornheads hand and stabbed him in the abdomen. Hornhead died and Ahab earned the clan's trust, they were ready to fight for him. However, Hornhead would have been a good asset in fighting the Xenomorphs himself. 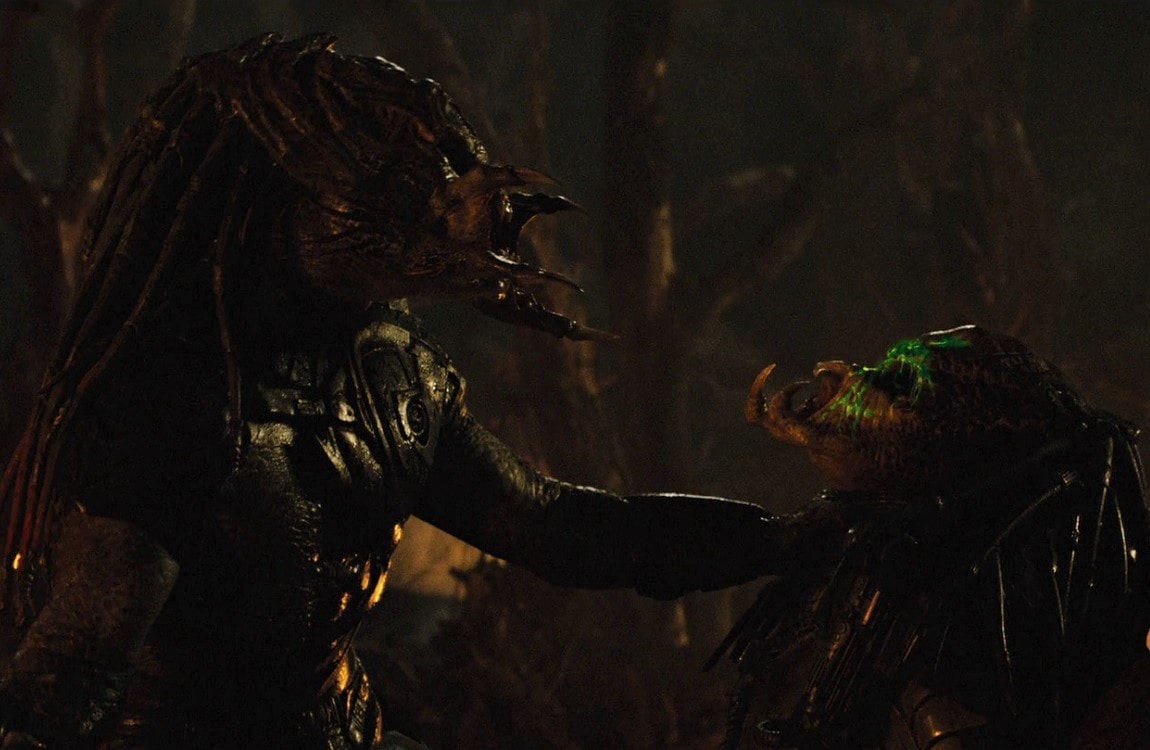 Berserker Predator vs. Crucified Predator from the movie Predators is one of the best Yautja fights in the franchise. Royce freed the Crucified Predator and he was able to regain some of his gear. The Berserker Predator then appeared and immediately engaged the smaller Predator. The fight includes both ranged, close-quarters combat and even cloaked stealth attacks. The brawl ends with Berserker being victorious and beheading Crucified with his wristblades. It is possible that Crucified would have won the fight if he wasn't weakened by being captured on the totem pole for a long time. A few hours later Berserker was decapitated in a similar fashion by Royce so the Super Predator was not able to enjoy his victory for long. 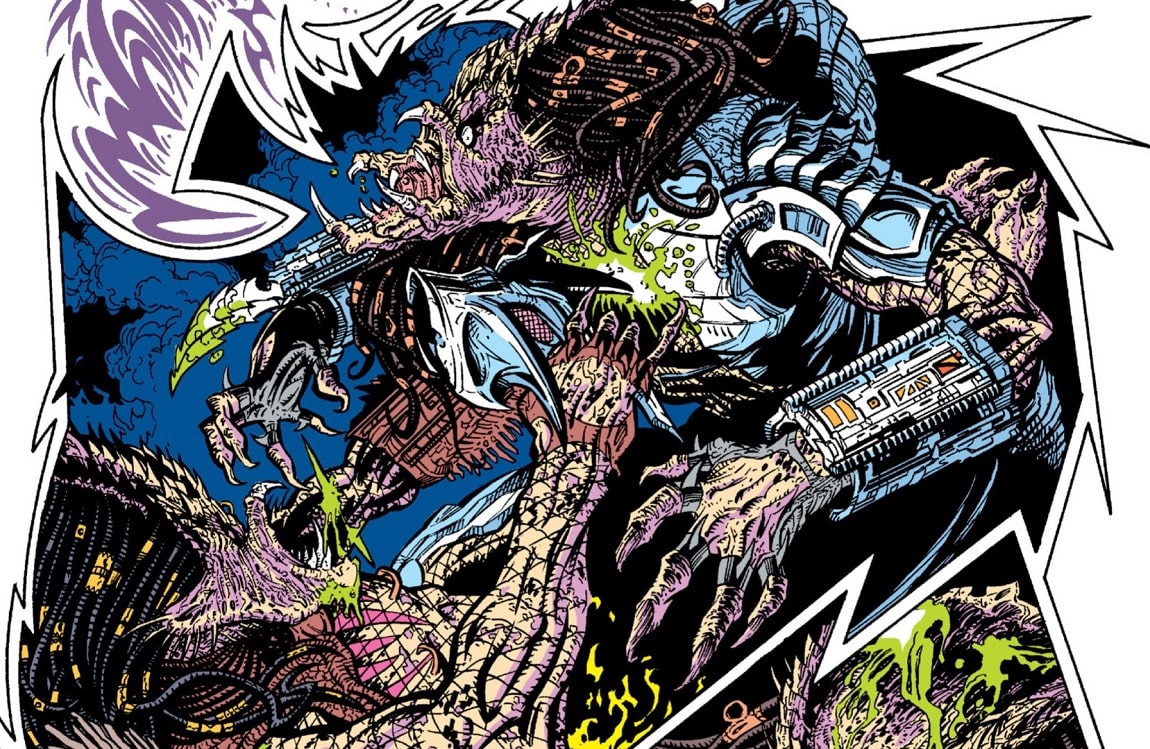 The Bad Blood vs Enforcer Predator fight from Predator: Bad Blood is the central part of one of the best Predator comics ever. The Bad Blood Predator was a crazed maniac who killed a bunch of his brethren, stole a ship and escaped to Earth. The Enforcer Predator, a version of the Yautja police, followed him and confronted him in the woods after the Bad Blood had killed another bunch of humans. The fight goes on for several pages and is especially bloody. The Bad Blood emerged victorious after stabbing the Enforcer in the chest. He had no time to take a trophy, as he was attacked by a group of special forces and was severely wounded himself. In the end, the Bad Blood was shot in the head with a pistol by Mandy Graves. The story has many similarities to The Predator movie, including the death of the Predator antagonist.