Xenomorph Prime is the elusive Alien Homeworld which has been shown little in the Alien games and comic books. Both humans and Predators have ventured there on different missions either to extract something or just to hunt Xenomorphs. Here is a list of notable occurrences of Xenomorph Prime throughout the Expanded Universe, as it has been never featured in the Alien movies.

The only connection to Xenomorph Prime from the movies comes from Aliens vs. Predator: Requiem. Although we only see Yautja Prime in the movie, original concept art shows that an Alien planet was planned to be used as well. The art shows a desolate planet similar to LV-426 with the surface covered with Alien eggs. It is unknown if Wolf was supposed to travel there before going to Earth or if the plan was to use a completely different story, unlike the final movie. The Alien homeworld was probably cut for budget reasons as well. 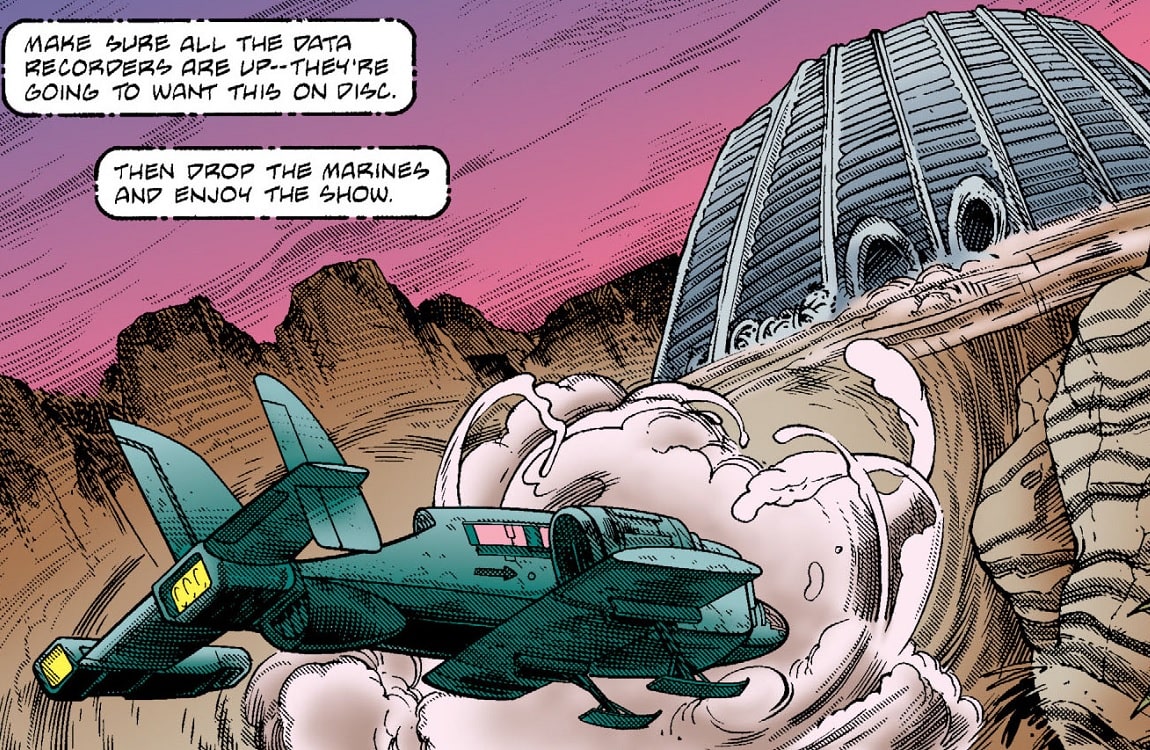 The first human mission to Xenomorph Prime occurred in Aliens: Outbreak and was headed by Sergeant Wilks (an alternate version of Corporal Hicks). Accompanied by a squad of synthetic Colonial Marines and Billie (a version of Newt), his objective was to secure live Xenomorph specimens for study and bring them back to Earth. The hive world they set down on was a barren desert with big rock formations and huge dome-shaped hives. Under a purple sky, the marines were first attacked by green flying creatures (not Xenomorphs), which indicates that the Aliens were not the only creatures on the planet. After getting massacred in a hive, the surviving marines retreated to a dropship and were about to be wiped out. However, a single Space Jockey appeared and obliterated the Xenomorphs with his energy weapons. Wilks, Billie and a surviving android named Mitch Bueller left without any specimens but the humans were soon to return. 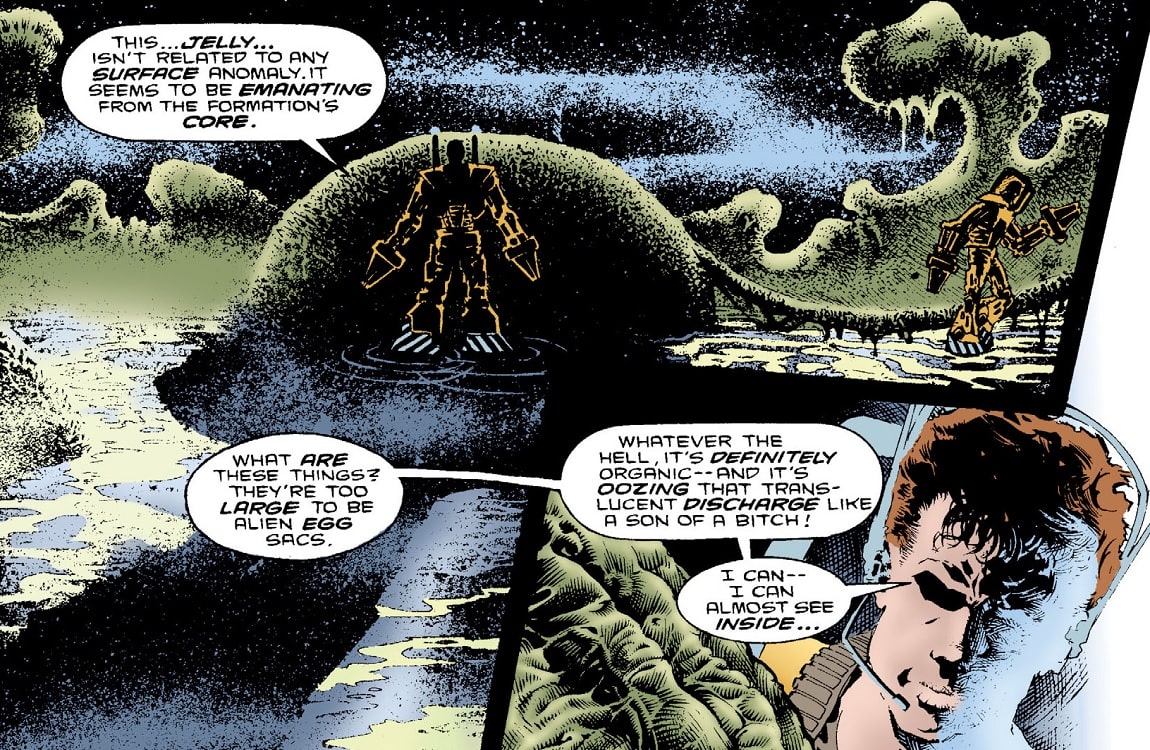 The second human expedition to Xenomorph Prime occurred in Aliens: Female War, after the events of Nightmare Asylum. The goal of the mission was to acquire the Alien Queen Mother and bring her to Earth. The Alien infestation on Earth would then subjugate under her and move to one specific location where they would be vulnerable to nuclear weapons. Leading the mission was an android version of Ellen Ripley with the help of Wilks, Billie, and some mercenaries. The Xenomorph Prime depicted in the comic was a barren wasteland, with giant egg-like hives and no other lifeforms but the Xenomorphs. The mission was a success and the Queen Mother was removed from the planet, resulting in the liberation of Earth from the Aliens. 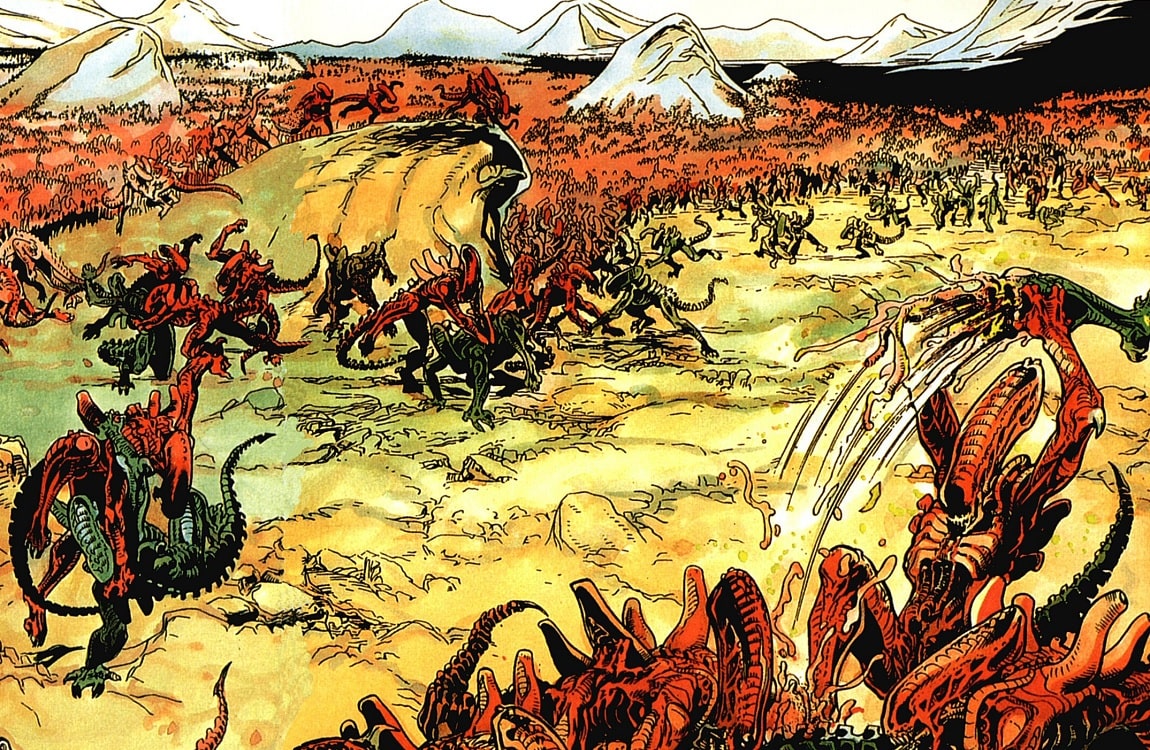 The third visit to the Alien Homeworld occurred some years after the Alien infestation on Earth was cleared. It was funded by the Grant Corporation and actually lead by Daniel Grant himself who joined at the last minute. The goal of the mission was to harvest big deposits of Royal Jelly which was running out on Earth. Accompanying Grant were a platoon Colonial Marines and a group of scientists. When the Queen Mother was removed from the planet after the first mission, the Aliens became involved in a Civil War led by two distinct Alien Queens, a Black Queen, and a Red Queen. The infighting amongst the Aliens provided the humans the distraction to leave their ship and proceed with their mission. Although several members of the party died, the mission was a success and vast amounts of Royal Jelly were acquired.

The fourth human mission to Xenomorph Prime was much smaller in scope than the last ones. This time, Dr. Stan Mayakovsky needed some royal jelly for his personal addiction. Accompanying Mayakovsky was Norbert, a robot Alien. Ultimately, Mayakovsky dies on the planet but some humans accompanying him are able to escape. The Alien homeworld depicted in the comic was again barren with strangely formed rocks and a desert-like landscape. There seem to be fewer Aliens on the planet than before, possibly a result of the Alien Civil war from Aliens: Genocide.

The Alien Planet in Aliens vs. Predator 2010 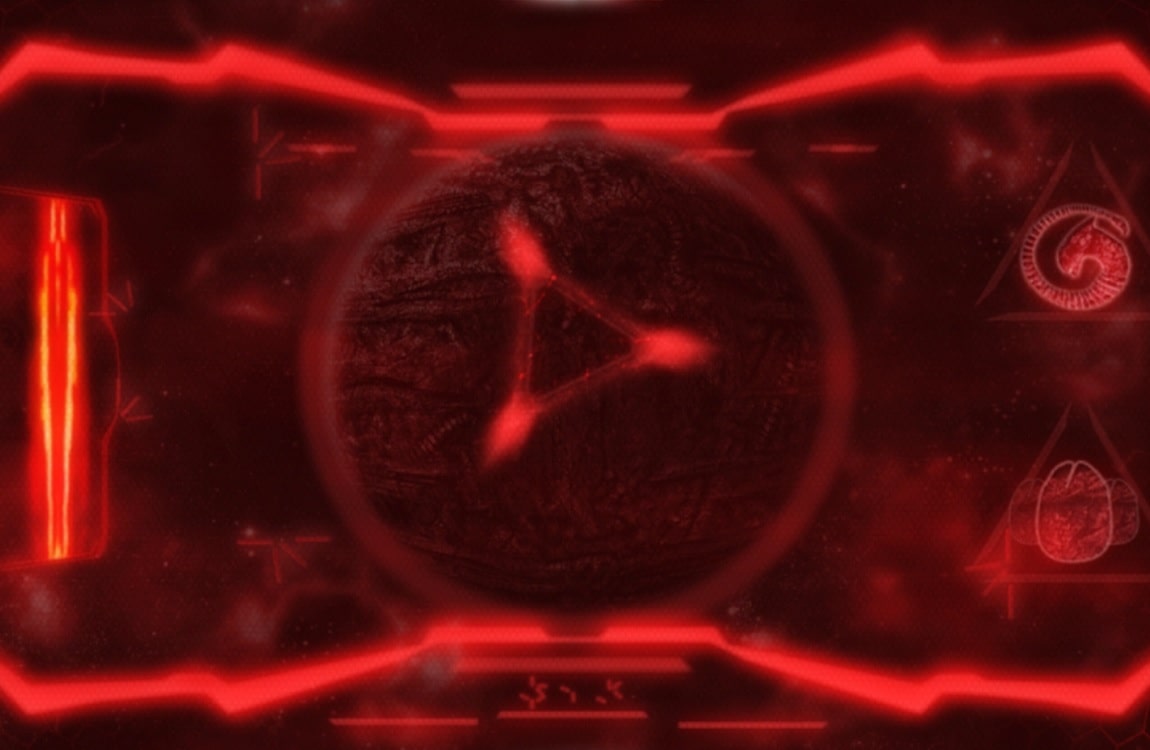 Xenomorph Prime shows up briefly in the Predator ending of the Aliens vs. Predator 2010 video game. The Lord Predator bio-mask is obtained by Dark Predator, one of the three protagonists of the game. The mask contains the location and a hologram of the planet, with Alien eggs and juvenile Xenomorph Queens being shown on the initial scan of the planet. Dark sets his course to the planet and the ending is left open for a sequel which would have possibly taken place on Xenomorph Prime.

The Orion Nebula in Alien vs. Predator SNES 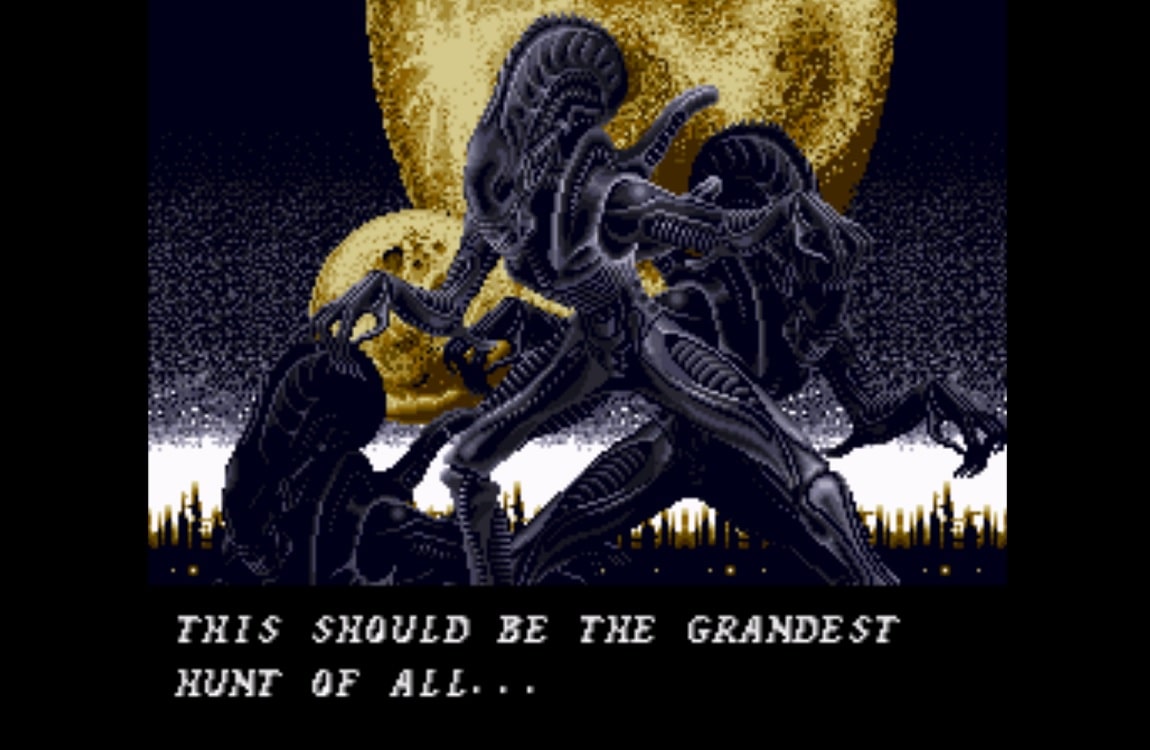 In the Aliens vs. Predator SNES video game, a single Predator travels to an Alien planet in the Orion Nebula. The planet has the characteristics of Xenomorph Prime and most likely is supposed to be the same planet seen in the comics. The surface is covered with rocks and a hive-like substance. Many different Xenomorphs attack the lone Predator before finally encountering the Alien Queen. The Alien Queen is defeated and the lone Predator leaves the Alien world. 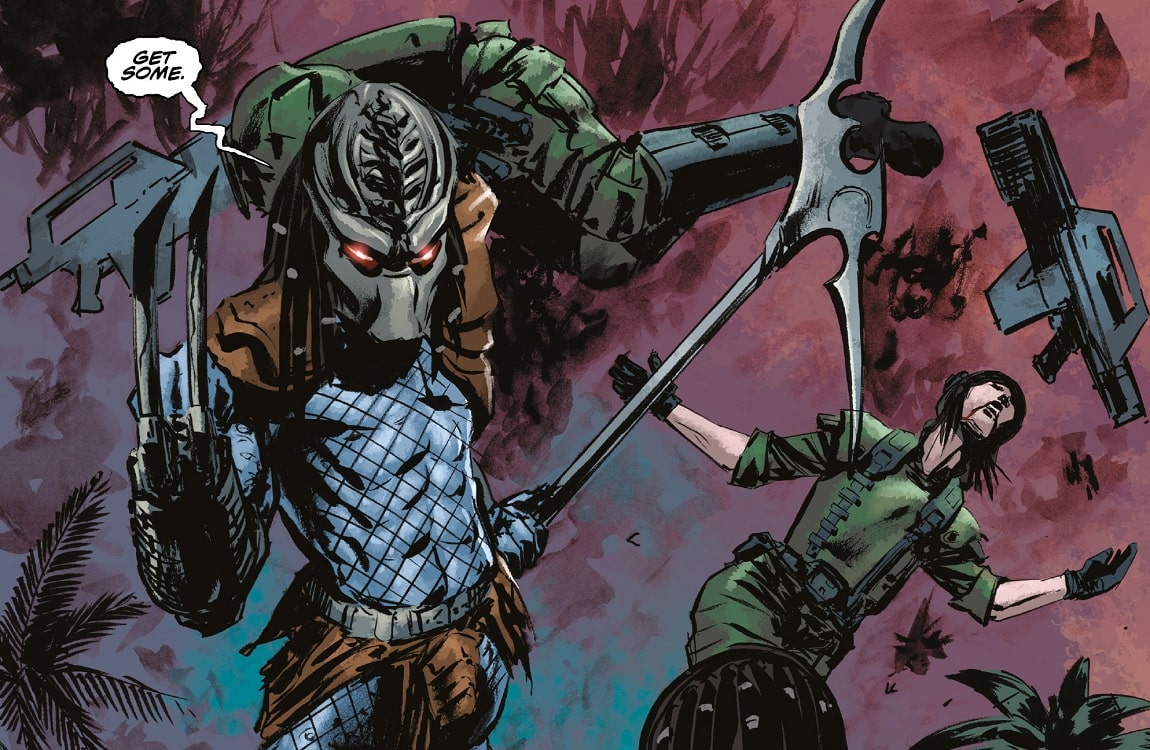 The Hive Wars Predator was stranded on the Xenomorph Homeworld for years after his fellow hunters were killed and their Predator ship broke down during a hunt gone wrong. The lone Predator had to rely on his skill and craft new weapons from the Predator ship wreckage to survive. He encountered and killed dozens (if not hundreds) of Aliens before finding a way off the planet. The Hive Wars Predator was a Kenner figure from the 90ties that Neca created a new version of. He was also featured in the Predator: Life and Death comic series where his badassery ended and he was killed by Colonial Marines.

Want to know more about Xenomorphs? Check out the list about the best Alien Comics and look over the Alien Timeline.