The Yautja come in different shapes and sizes. While female Predators are known to be bigger, some others mutated themselves, spliced their DNA or became cyborgs to get huge. The Predator movies seem to be including a new bigger and "badder" Predator each time to upgrade from the last one. Here is a list of top 10 physically biggest Yautja from the Predator series.

All the young blood Predators in the first Alien vs. Predator movie were big and bulky. They had broad chests and lots of armor. The leader of the young blood brothers was Celtic Predator, and he was also the biggest. He was basically a teenager on steroids who lifted too many weights. Celtic Predator was also quite strong, able to tackle a Xenomorph in a one-on-one fight. Like his brother, the Gill Predator, he was killed by the Grid Alien. 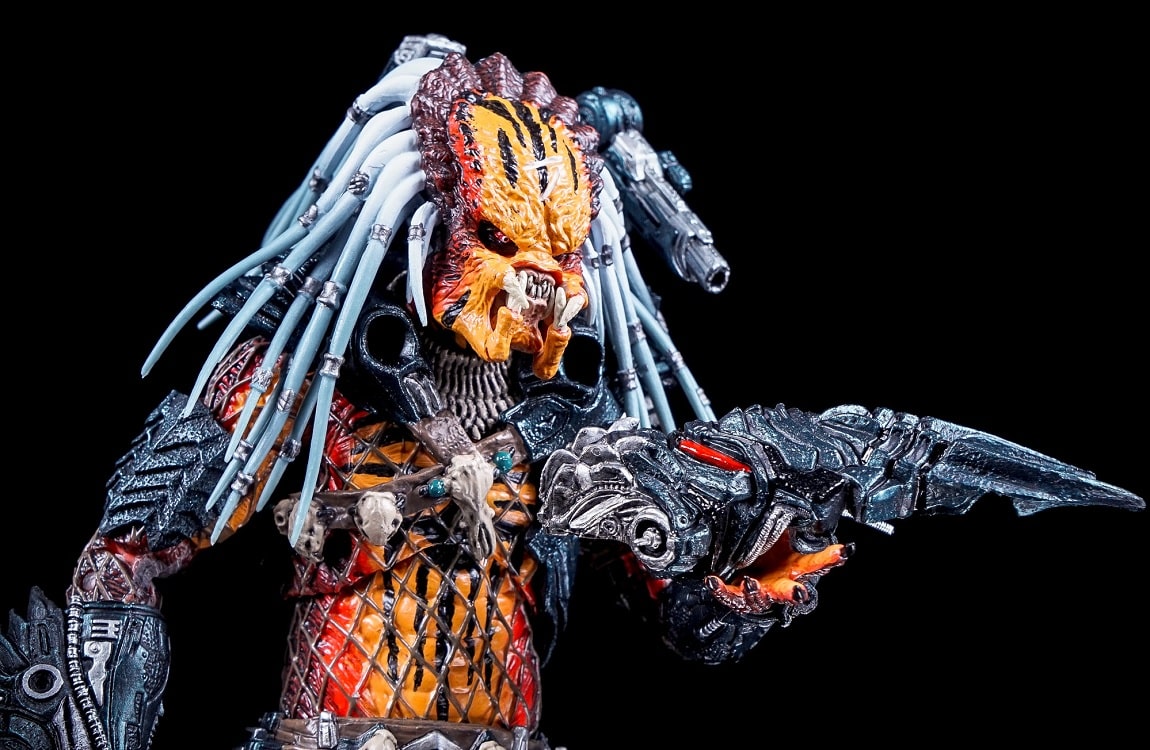 The Predator Clan Leader is a tall alpha Predator and the leader of a group of Predators. It is an honourable and sought after rank in the Predator society. What makes the Clan Leader even bigger is his elongated mask with horns and Xenomorph-tail based tentacles on the shoulders. The Clan Leader is known to enjoy sitting on a throne made out of the skull of the Alien Queen. Originally an action figure from Kenner in the 90ties without much backstory, NECA did a reimagining of him in 2016 and was the biggest Predator figure produced at that point. 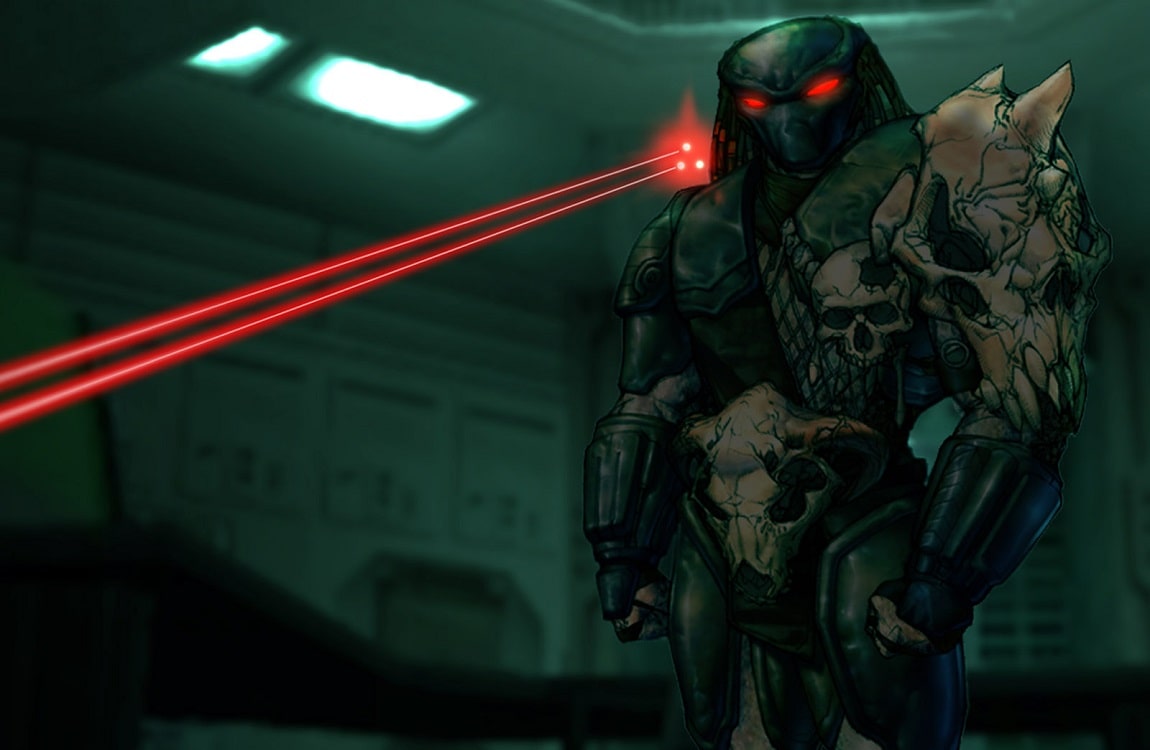 The Heavy Predator from the Aliens vs. Predator 2 video game combines the height of the Clan Leader and bulk of the Celtic Predator. He also wears probably the heaviest armor seen in Predator lore. Still, he is a regular Yautja who is very experienced and strong. The Heavy Predator is a playable class in the multiplayer of the game and shows up several times in the single player as an enemy of the Colonial Marine and Alien characters. He is somewhat slow but takes a lot of damage to take down. 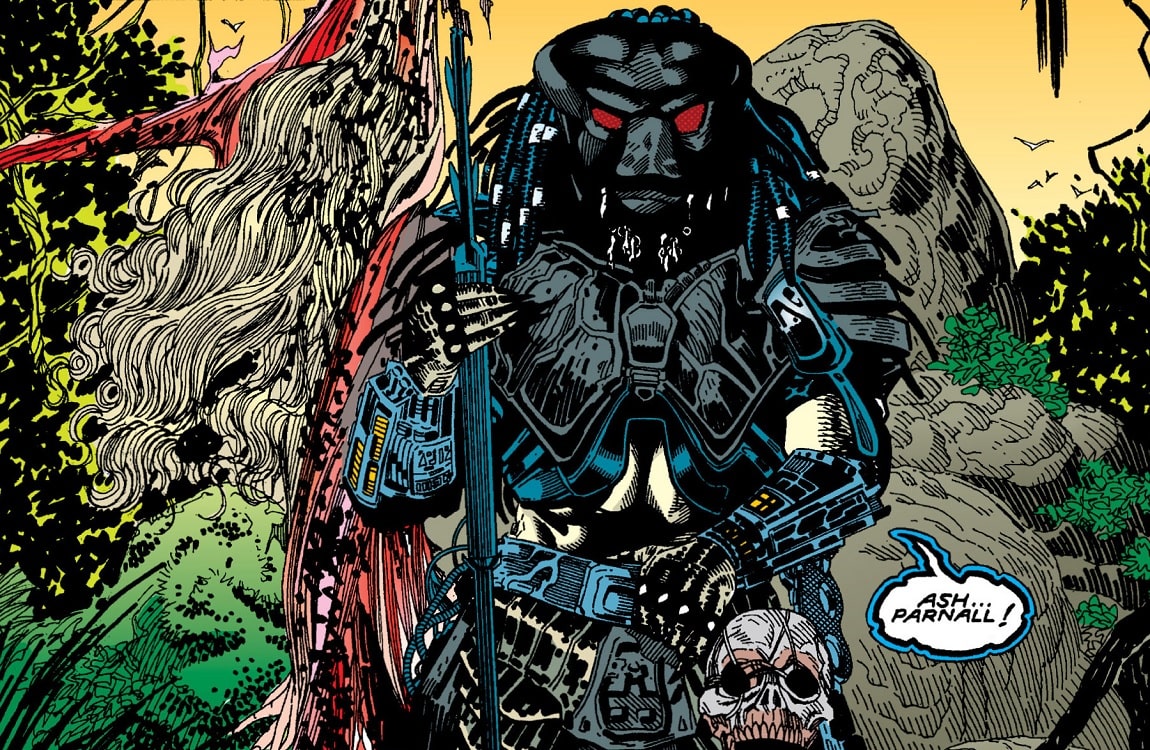 Some of the Aliens vs. Predator comics establish that the female Yautja are bigger than their male brethren and good hunters in their own right. Big Mama was one such creature, appearing in the Deadliest the Species comic series. However, she was the only Predator in the comic, so it was hard to find a reference point with a male Yautja. Being big and strong, she fought viciously and survived her hunt. 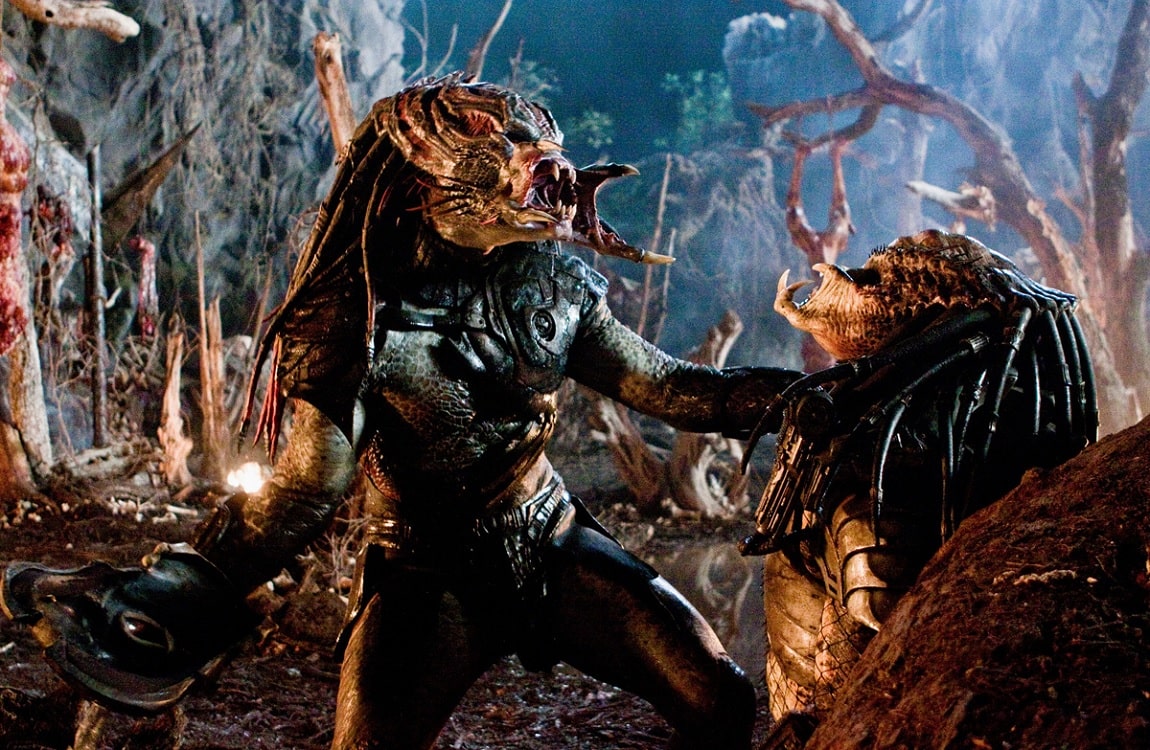 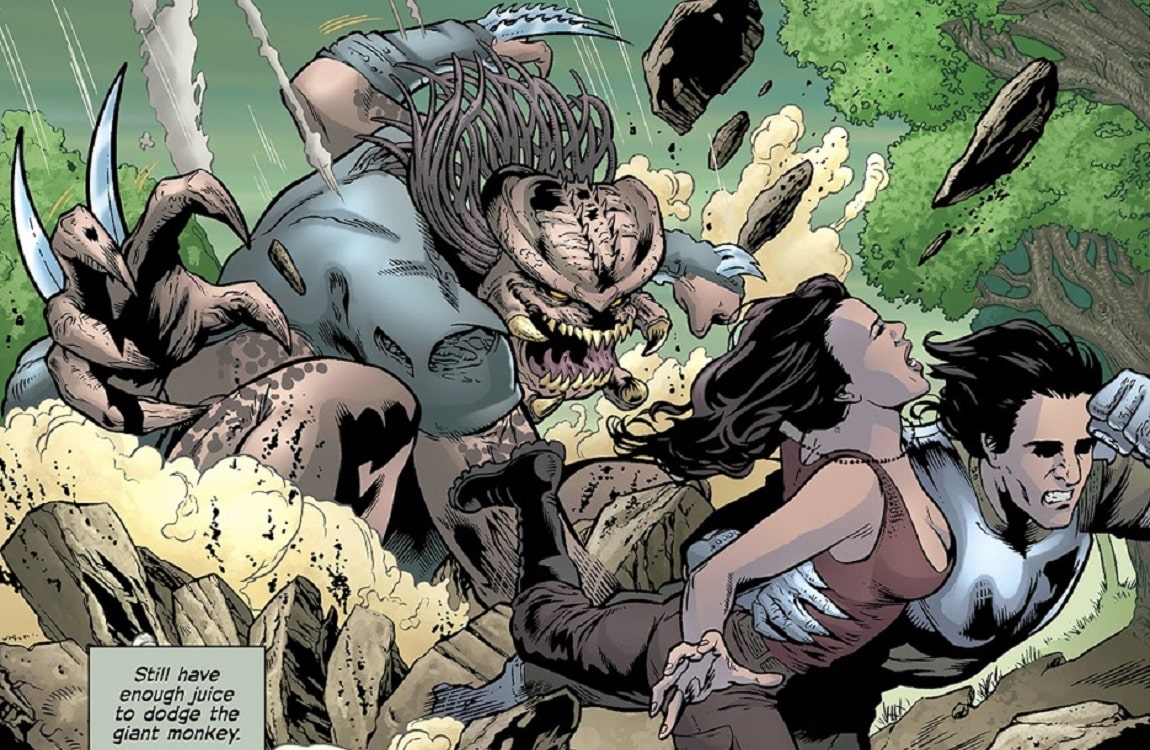 How could the Predator sequel comic top the Super Predators? By adding more arms to them of course. The Four-Armed Predator hunted Royce and Isabella on the Game Preserver Planet but didn't do a great job at it. He was more interested in hand-to-hand fighting and didn't use any projectile weapons, seeming more like a mindless killer. The Four-Armed Predator was probably a mutation or a result of a gene-splicing seen later in The Predator movie. 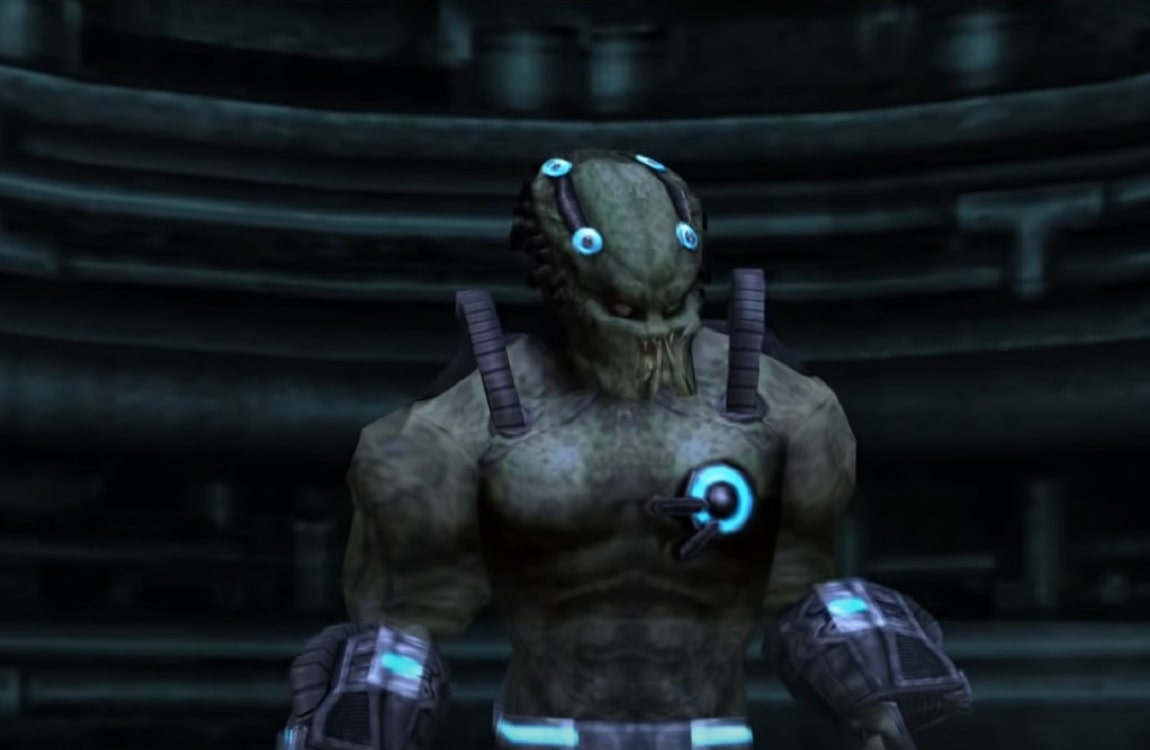 Stone Heart was a Bad Blood Predator from the Dark Blade clan who was turned into a cyborg by the result of human experimentation. His dreadlocks were cut off for easier access to the brain. Due to the brain damage, he became a mindless killer, but his strength was increased. The Scarface Predator defeated him in a duel and cut off his head. Stone Heart Predator's skull became by far the biggest trophy on the wall of Scarface Predator in the Predator: Concrete Jungle PS2 video game. 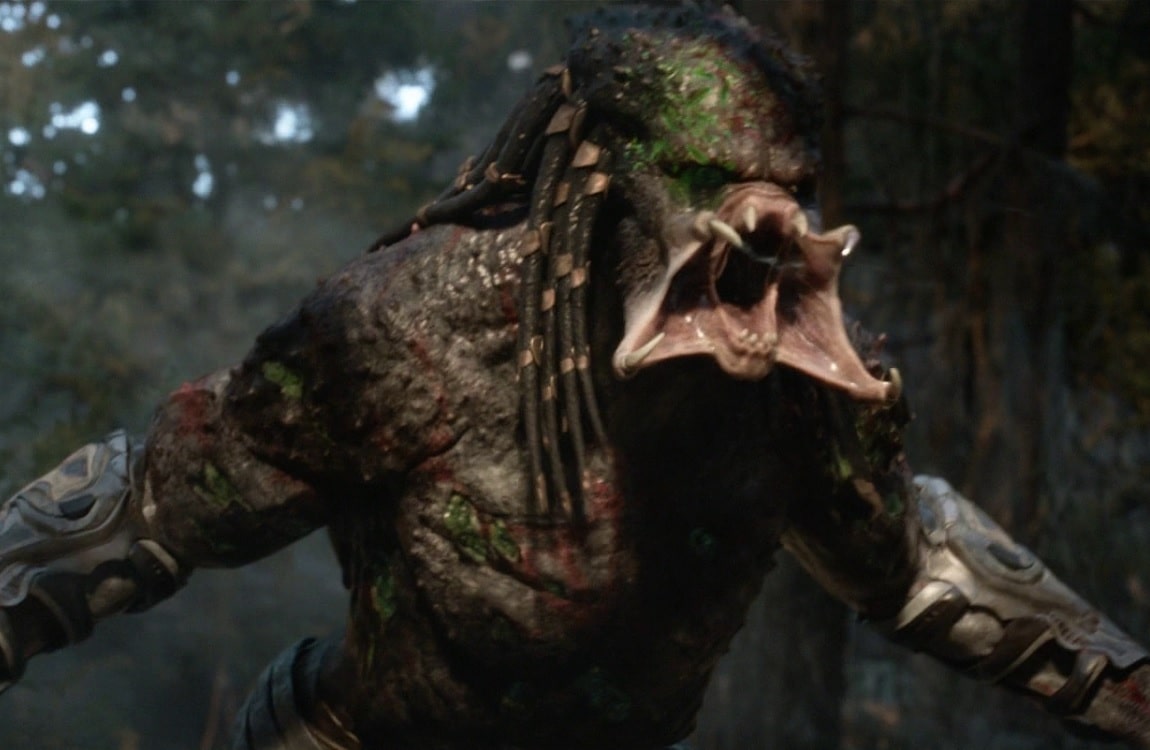 The Upgrade Predator was a misguided invention for The Predator movie which introduced us to the gene splicing and upgrading of DNA. Supposedly the Predators harvest the spines of their victims for their genetic traits and not only for trophies. The Upgrade Predator had upgraded many parts of himself, being able to camouflage his body and use vision modes without a mask. He was also interested in upgrading himself with autism. However, contrary to his best wishes, he wasn't the biggest Predator seen in the Predator lore. 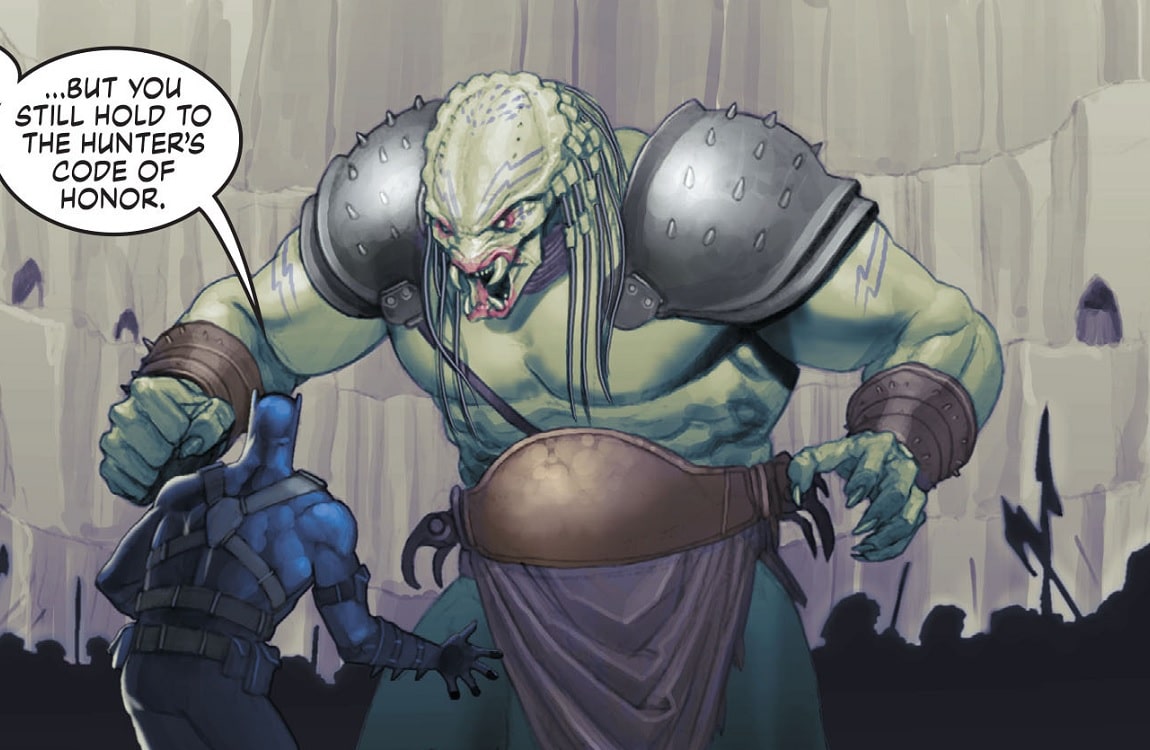 The Gladiator Predator fought Batman in an arena in the Superman and Batman Vs Aliens and Predator comic series. Being big and slow, he was no match for Batman and his gadgets. The Dark Knight used a blowback-modified-defibrillator to take him down. It is unknown if he survived or his heart stopped due to the electric shock. The Gladiator Predator was about as tall as the Upgrade Predator but had bigger arms and green skin. It is possible has was just a naturally born Predator who was extraordinarily big. 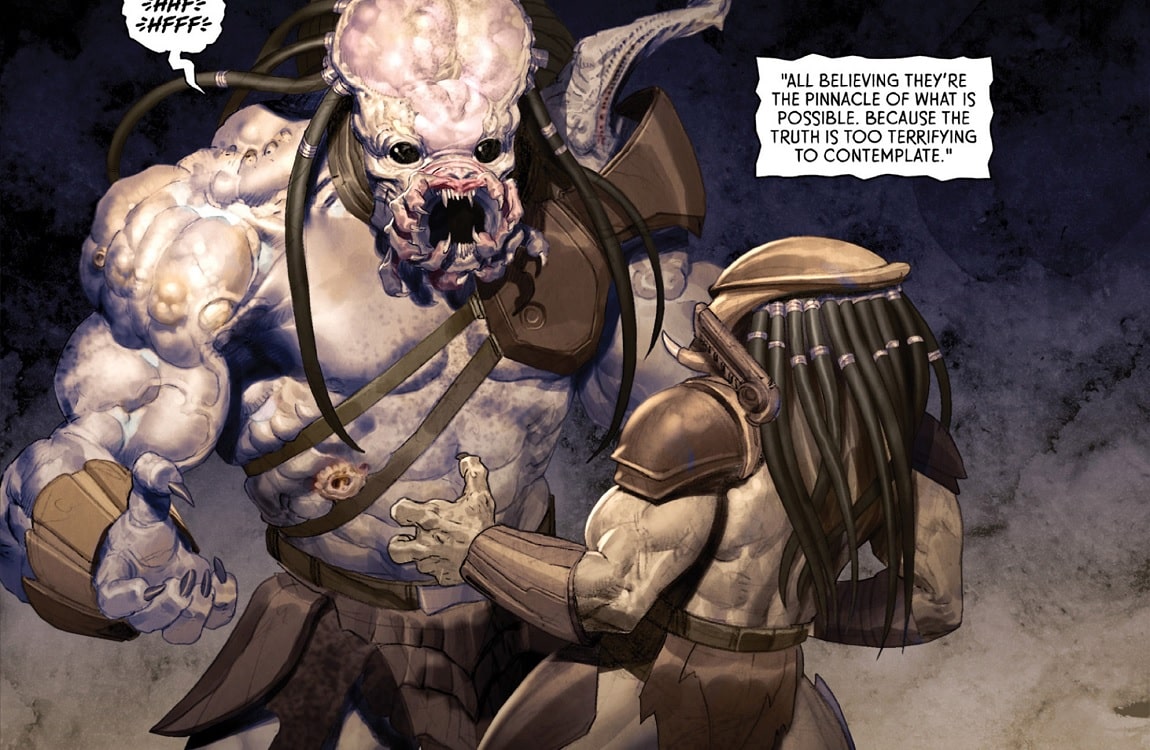 The Infected Predator happens when the Black Goo from Prometheus comes into contact with a Predator. The infection starts to mutate the Predator rapidly with the subject increasing in size and even growing extra arms. While the regular Predator has only four mandibles, the Infected Predator has at least a double amount. The Infected Predator becomes a mindless killer who is able to take down any opponent in hand-to-hand combat. He was about as tall as the Upgrade Predator and Gladiator Predator, but due to the massive arms and extra limbs, he takes the winning spot.