Here we have a list of top 10 Alien queens from the Alien vs. Predator series. Included are Alien Queens from the movies, games and graphic novels. They were the leaders of the hive and while often captured by humans or Predators, they were still able to cause a lot of mayhem. The Queens are ranked by their strength, intelligence, age and the possibility of their survival in the end. 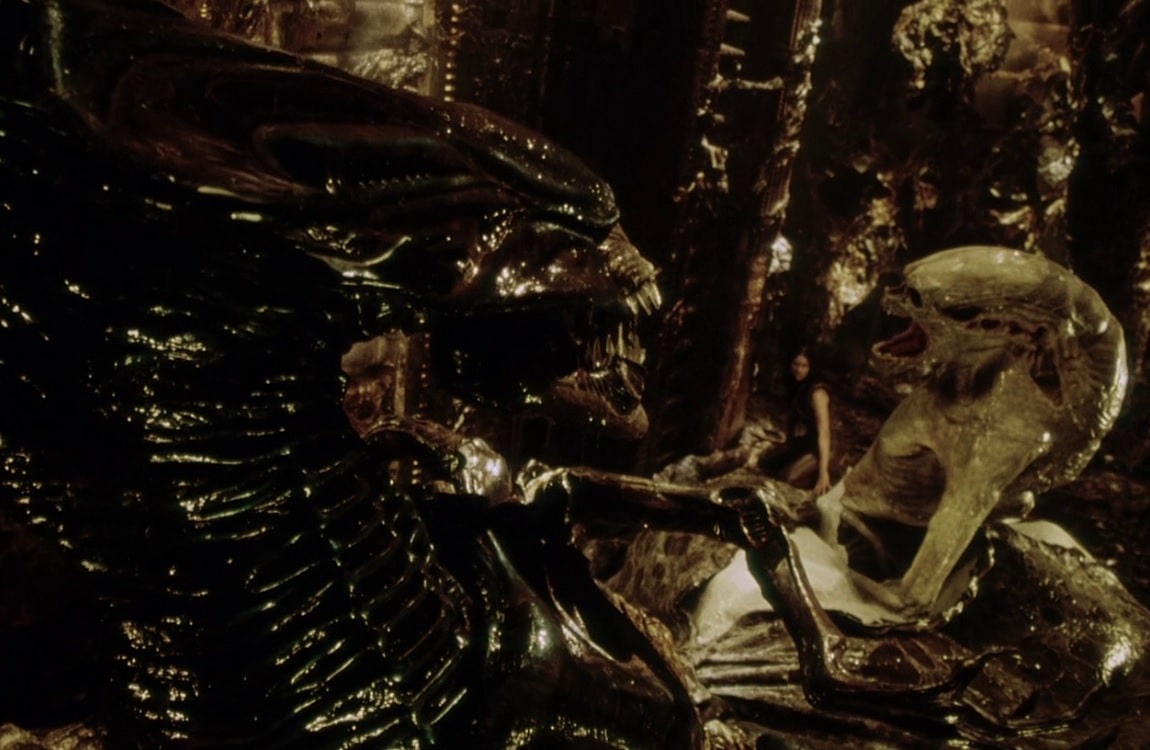 This Alien Queen was born on the USM Auriga in the year 2381. She was extracted from the cloned version of Ripley 8, grew rapidly and started to lay eggs. When her offspring escaped, they freed her and she made a nest near the docking area of the Auriga, where the Betty was docked. The Auriga Queen was killed when the Newborn Alien slapped her head off. While probably the weakest Queen on the list, she did manage to capture the biggest ship in the Alien franchise but could not predict the betrayal of the Newborn Alien.

9. The Third Base Queen 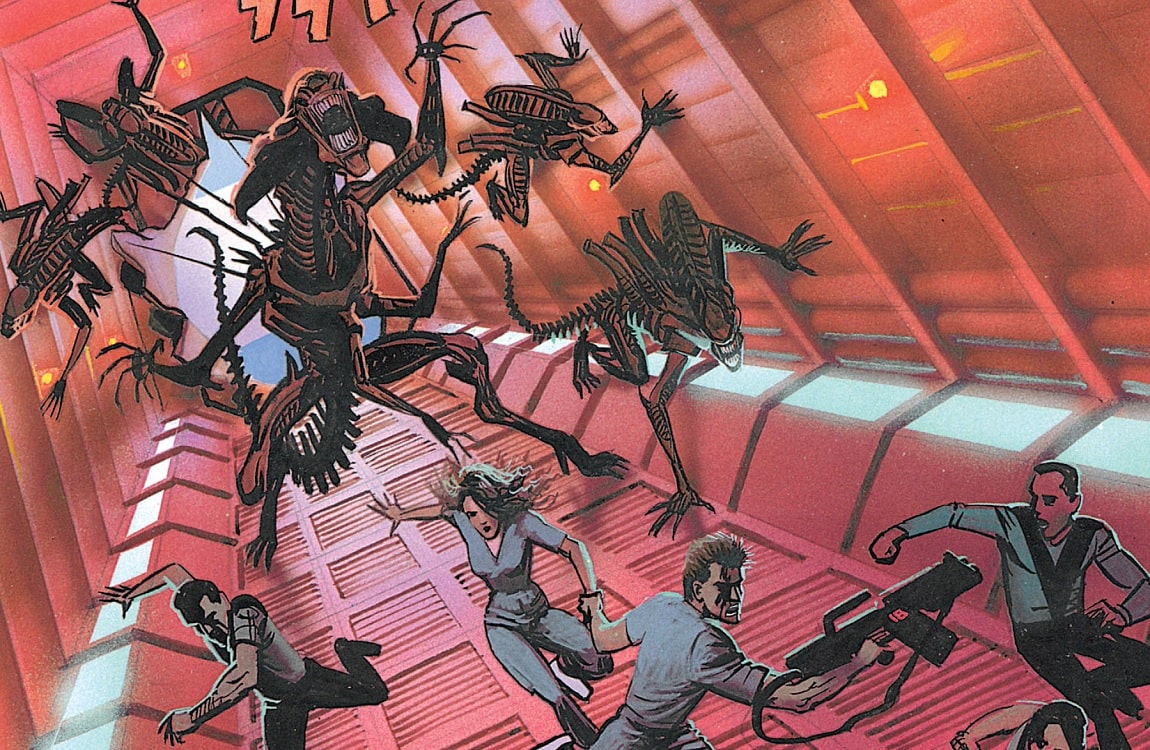 The Third Base Queen was an Alien Queen captured by General Spears and kept on a secret base on an asteroid. General Spears was training Xenomorphs to be his soldiers for the purpose of retaking Earth (it had been invaded by other Xenomorphs). The plan failed spectacularly when the Xenomorphs refused to obey Spears and the Alien Queen bit his head off. Spears used a flamethrower on the Queen and apparently they both died, although Queens are known to be partially resistant to flamethrowers. The Third Base Queen was badass in a sense that it refused to be controlled by anyone. She was featured in the Aliens: Nightmare Asylum comic book. 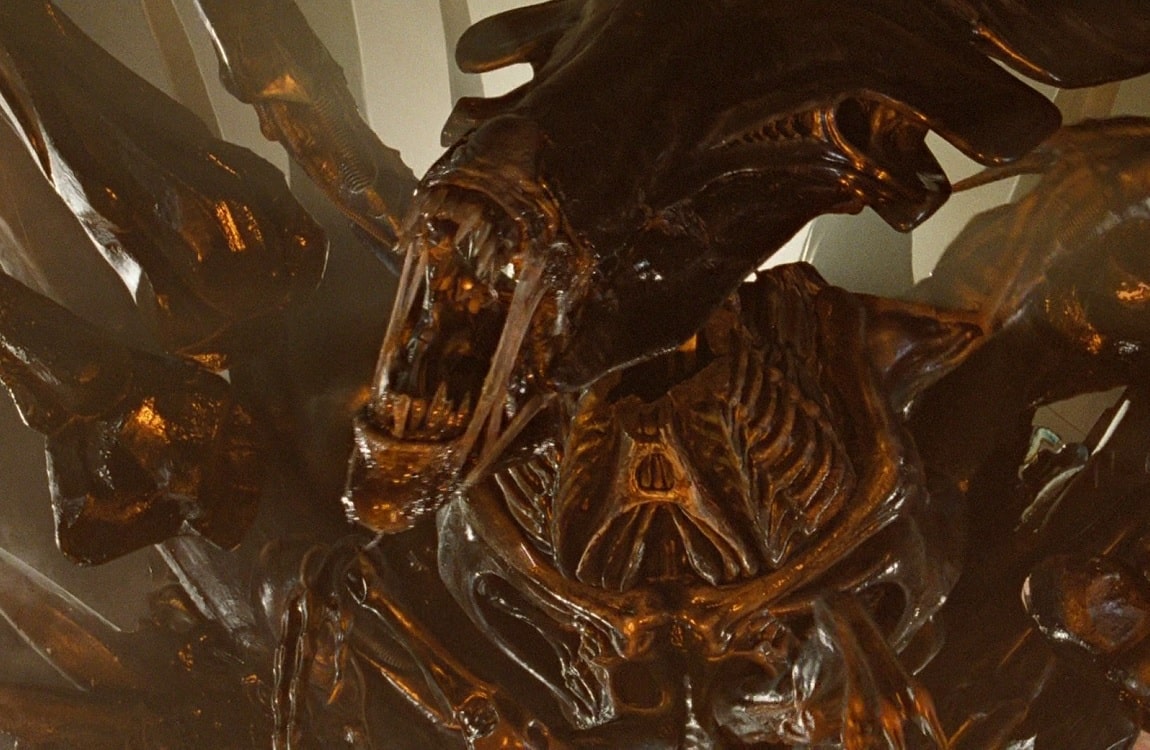 The LV-426 Queen was born from one of the colonists of the Hadley's Hope colony in the year 2179. She made a nest in the atmosphere proccessor and commanded her troops to successfully take over the entire colony. Her offspring also put up a good fight against the Colonial Marines sent to rescue the colony. Finally, she escaped the atmosphere processor explosion, ended up on the Sulaco and fought Ellen Ripley. She was blown out of the airlock and probably burned up in the atmosphere of LV-426. The LV-426 Queen is one of the well-known Queens and she went through anything to protect her young and later have revenge in Aliens. 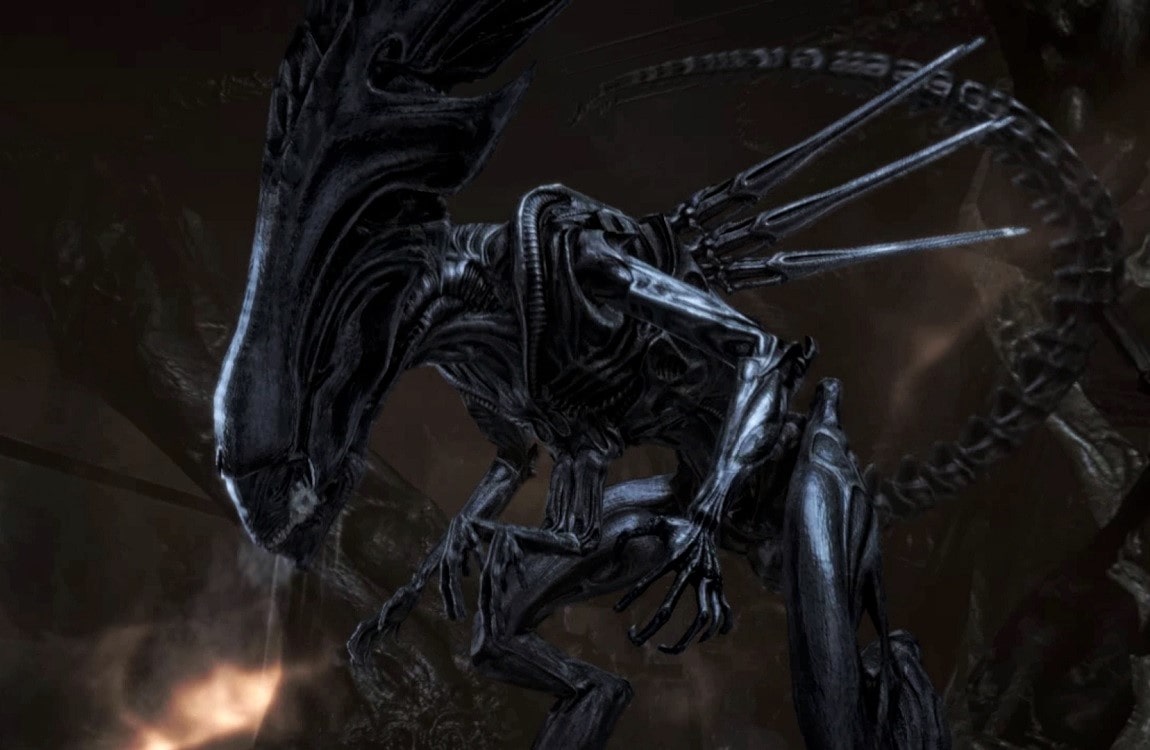 Specimen 6 was a regular Alien warrior born on BG-386. It made several exploits on the planet and is listed as one of the most badass Aliens ever. While hibernating at the end of the game, it started to mutate into a new Queen Alien as the Alien hive was missing one at that point. It's head was enlarged, new arms were grown and the Specimen 6 Queen was born. Her final fate is unknown, although it is clear she took over the command of the Aliens on the planet. Specimen 6 was a playable character in the Aliens vs. Predator 2010 video game. 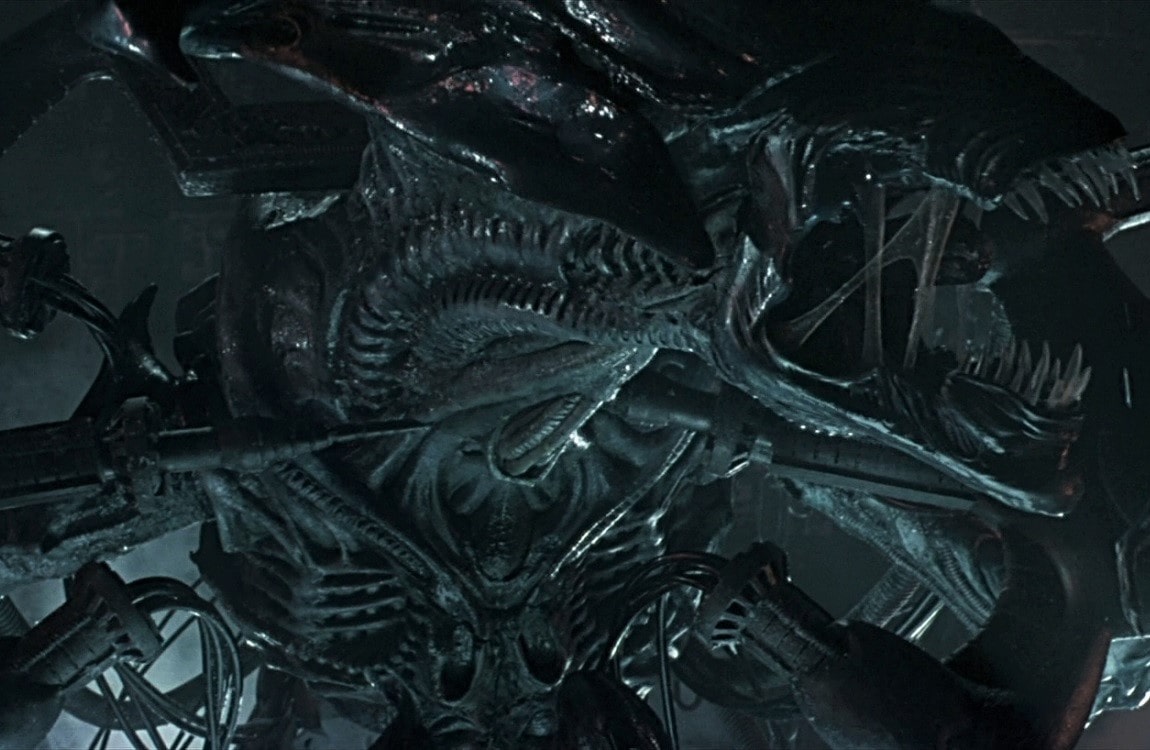 The Antarctica Queen was an ancient Queen captured by Predators and locked up in a temple in Antarctica. She was kept frozen most of the time but was activated after every 100 years to lay eggs for the Predators to make new Xenomorphs. She was freed by Xenomorphs and escaped to the surface. She fought with Scar Predator, killed him, and finally fell into the icy waters of Antarctica, dropping hundreds of meters to the bottom. However, it is possible that she survived being frozen again. The Antarctica Queen was one of the few Queens to reach Earth and she appeared in the Alien vs. Predator movie, released in 2004.

5. The Charon Base Queen 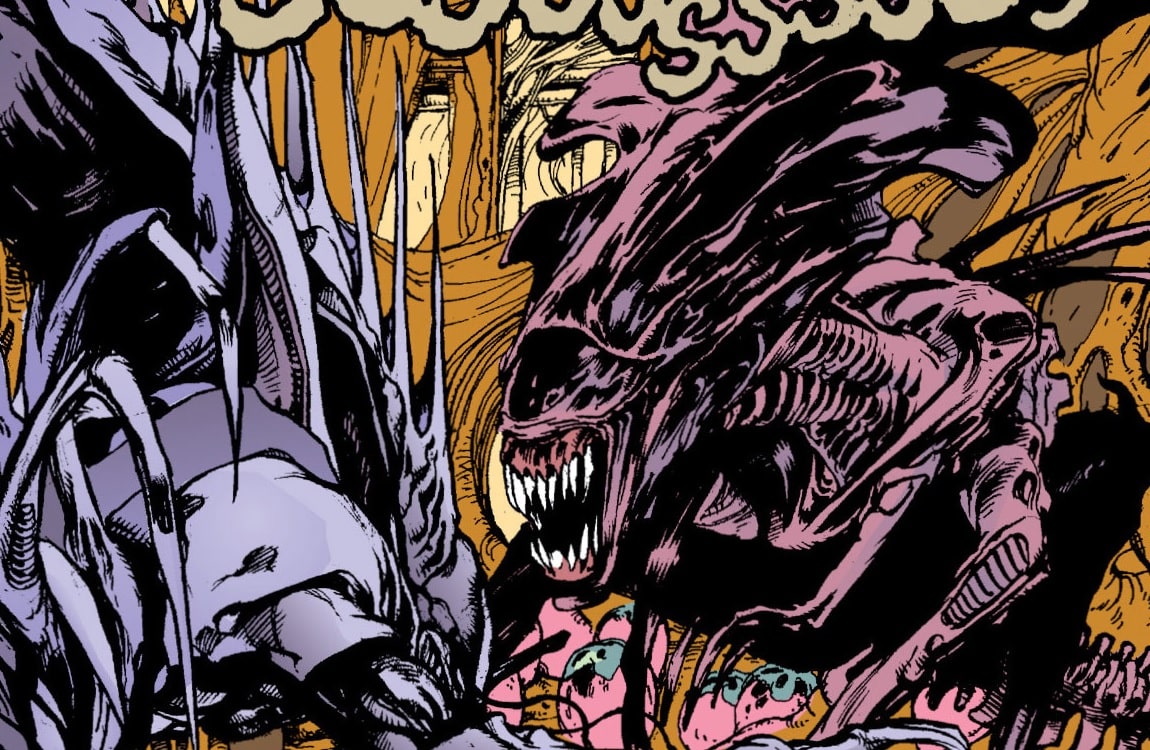 The Charon Base Queen was a Queen Alien bred on a remote asteroid by Dr. Ernst Kleist. The mad scientist's real plan was to breed an Alien King and he was successful in that. The King escaped and fought the Queen and while being the smaller underdog, the Queen actually won by being smarter than the brutish King. Unfortunately, she had no time to enjoy her victory as Charon Base exploded destroying the Xenomorphs. These events took place in the Aliens: Rogue comic. 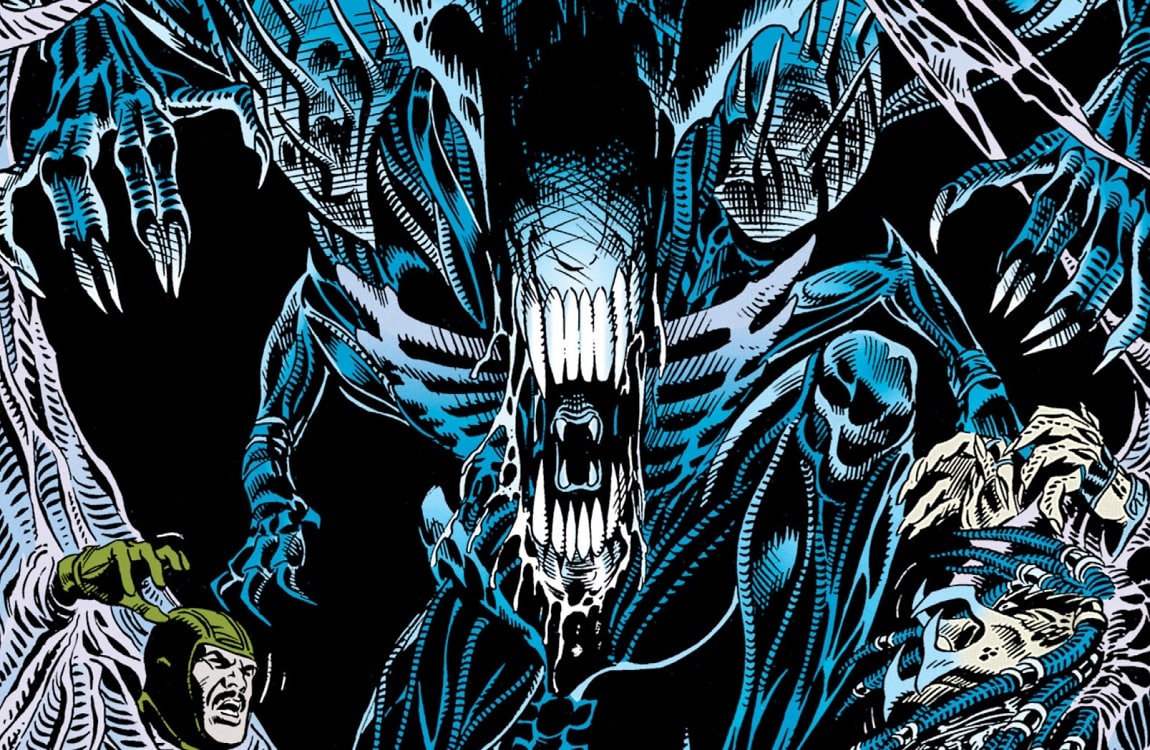 The Samara Station Queen was an Alien Queen showing a high level of intelligence who resided on the Samara Station in the Aliens vs Predator: Deadliest of the Species comic book. One of the few Aliens to actually work together with humans and Predators, she furthered her own agenda to join them. She fought together with Ash Parnall and the Big Mama Predator against the evil computer program "TOY". In the end, she was impregnated by a facehugger, a rare occurrence in the Alien vs. Predator series. She died while taking one of TOY-s minions with her when the chestburster erupted.

The Matriarch was a very old Alien Queen initially captured by Predators and brought to the planet BG-386. Thousands of years later, Weyland-Yutani captured her in return and started to conduct experiments on her. She was finally released by Specimen 6. Her skin was becoming white and crusted from old age. However, she was still able to lay eggs and command Xenomorphs for an attack. She died when Rookie, a Colonial Marine, blew up fuel tanks surround her. Specimen 6 later took over command of the hive. The Matriarch appears as one of the bosses in the Colonial Marine campaign in the Aliens vs. Predator 2010 video game. 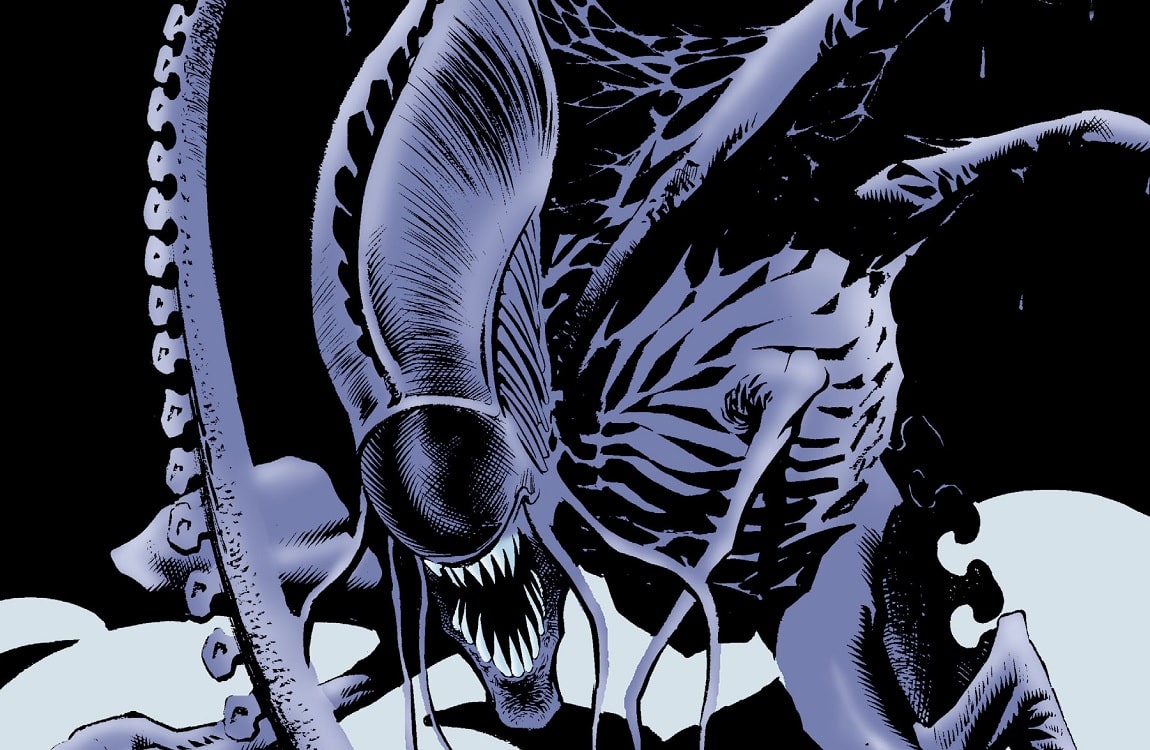 The Queen mother was the ruler of the Alien species and resided on the Xenomorph homeworld. Other Alien Queens on the planet and even other planets obeyed her. She was known to have a telepathic link not only with other Xenomorphs but with some humans as well. The Queen Mother was captured from the Alien homeworld by a band of mercenaries and taken to Earth for the purpose of luring all the Xenomorphs there. The Alien infestation of Earth was cleared when nukes detonated at the location of the Queen Mother. While being the most powerful Queen Alien, she lacked the intelligence to see through the plan or to save her young. The Queen Mother was the antagonist in the Female War comic line, which is also known as Earth War. 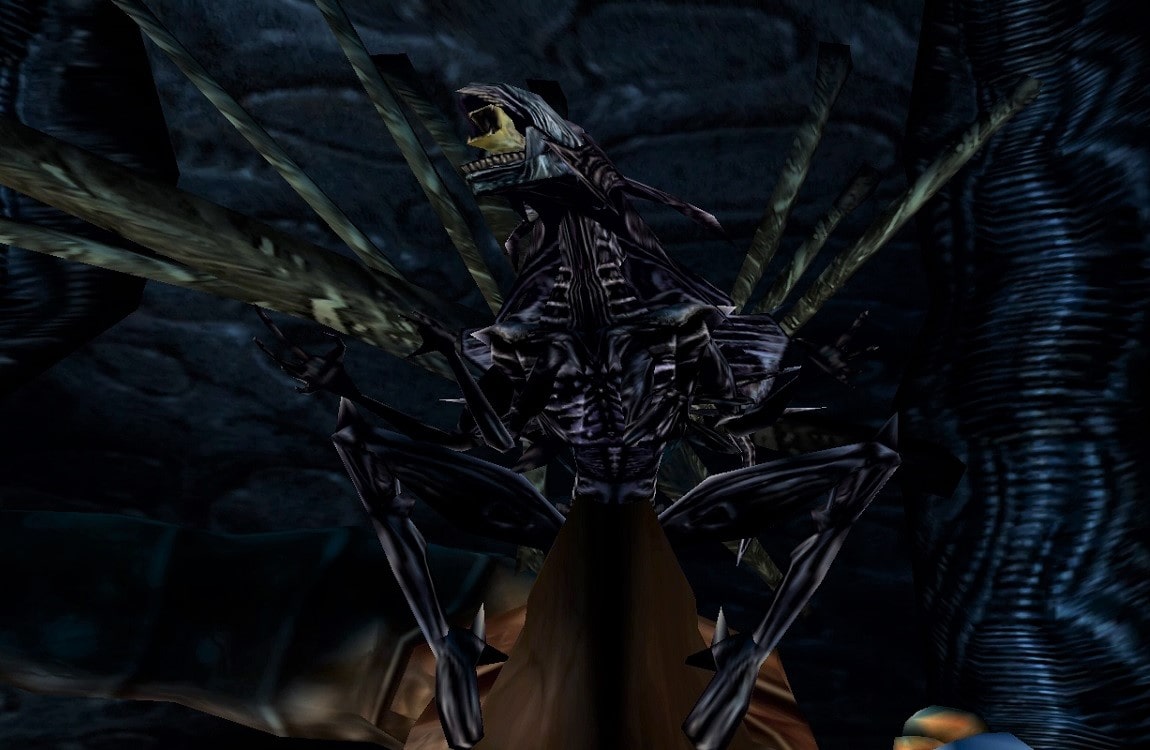 The Empress was a special type of Queen Alien born on the planet LV-1201. Being very old and larger than a regular Queen, she commanded Xenomorphs on the whole planet. She was captured by Weyland-Yutani lead by Dr. Eisenberg and transported around the planet to escape the Xenomorphs sent to free her. The Empress was finally released by a nameless Xenomorph and had revenge on Dr. Eisenberg by removing his limbs and cocooning him into the hive. She is also one of the few Alien Queens to survive their endeavours. The Empress appeared in the Aliens vs. Predator 2 video game.

Want to know more about Aliens? Check out the list of the most Badass Aliens and find out more about the Xenomorph King.