The Predator King is the mysterious millennia-old Yautja that leads several Predator clans, or perhaps the entire Yautja race. Similar to the Xenomorph king, he is a rare occurrence in Alien vs. Predator lore. He has constructed a throne out of Xenomorph trophies. Here is a list of all known references of the Predator king, including some great fan art.

Prince and his Father

Prince was a royal Yautja who arrived on LV-1201 in response to a distress signal sent by an ancient Predator in the Aliens vs. Predator 2 video game. Presumably, he was the son of a King Predator that we never saw in the game. It was possible that he used his father's ship, as it was more elegant and royal in design compared to other Yautja ships. Prince survived the hunt on LV-1201 and would one day become a King himself. Unfortunately, the story never received a direct sequel, but Prince is still a popular and well-known Yautja.

The Predator Clan Leader is a tall alpha Predator and the leader of a clan or several clans of Predators. Originally an action figure from Kenner in the 90ties without much backstory, NECA did a reimagining of him in 2016 and was the biggest Predator figure produced at that point. NECA later released the Predator throne which consisted of the Alien Queen skull and several smaller trophies. The Clan Leader fits on the throne perfectly and is a good possible version of the Predator king. 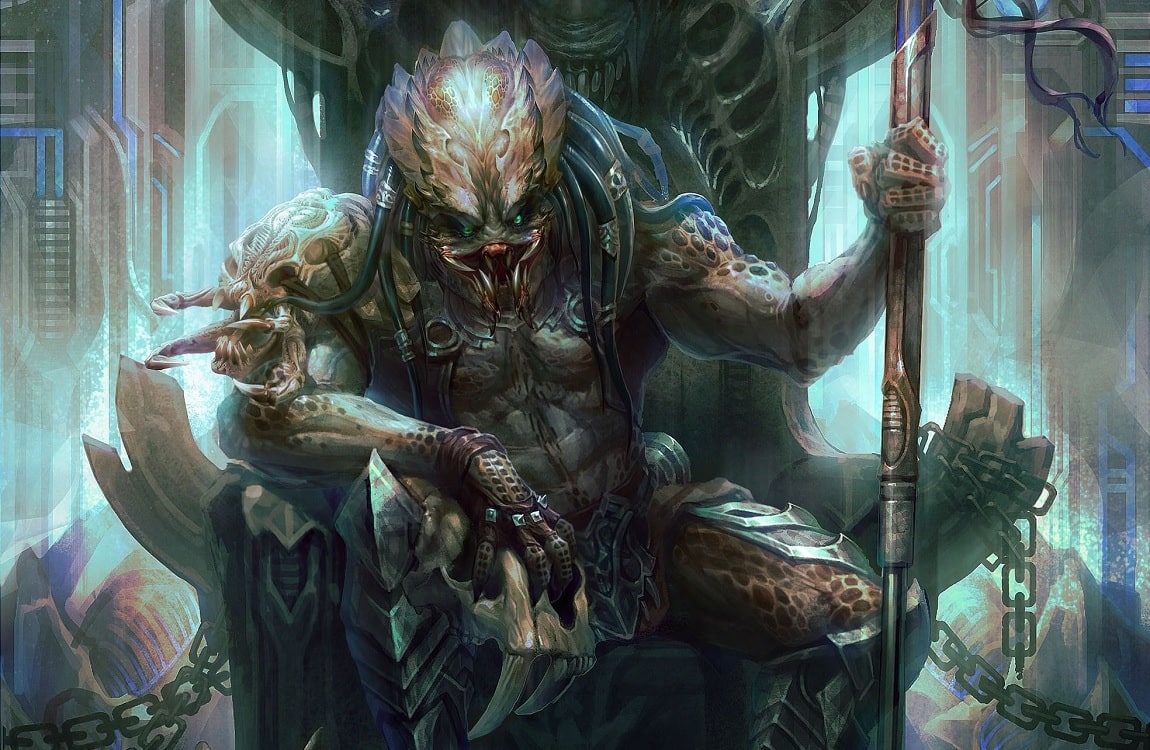 Kalakta was probably the closest that the Predators had for a leader of their race. He was thousands of years old and fought against humans, Xenomorphs and the enigmatic Drukathi race during his long reign. Kalakta appeared in the Rage War trilogy as a wise and competent leader that every Predator respected. He called for a gathering of Predators to fight against the Rage threat together with Colonial Marines. We don't know his appearance in the book but this fan art depicts a Predator leader in a similar position. 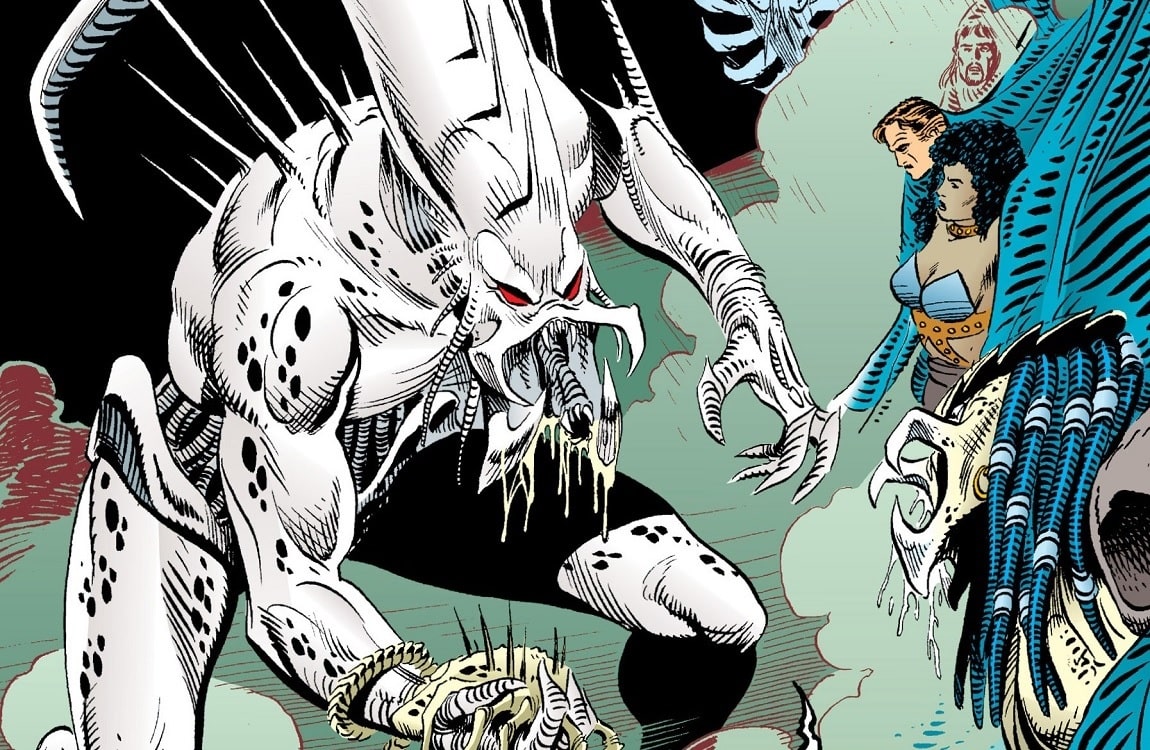 Not a Predator king per se, the hybrid king was the leader of the genetically-engineered hybrid creatures created by the corrupted AI computer mainframe "TOY". The hybrids possessed traits of Xenomorphs, Yautja, and humans. Physically, it was perhaps most similar to a Predalien but with white skin. It had a high level of intelligence and could even speak. Similarly to the Rogue, it had spikes on its body and is killed by a queen Alien. The hybrid king was featured in the Aliens vs. Predator: Deadliest of the Species comic book, which is part of Aliens vs. Predator Omnibus: Volume 2. 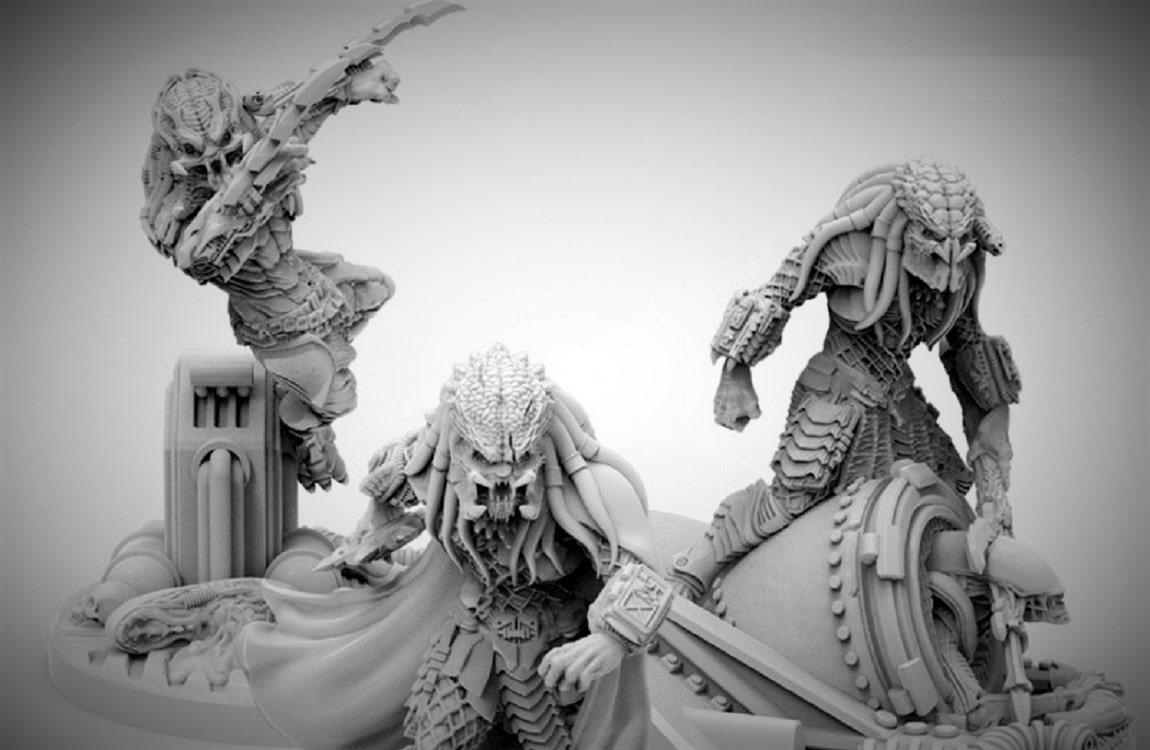 The Prodos Games Elder Predator minifigures for the Alien vs. Predator: The Hunt Begins boardgame contained some interesting tidbits of Predator lore, including mentioning a Predator Matriarch, a sort of a Female Predator Queen. She held a higher rank than a regular Clan Leader and attended to clan matters off-world, including diplomacy with other races if needed. Hashori from Alien vs. Predator: Rage War was perhaps such an individual, a ruthless hunter but at the same time able to forge alliances with humans. However, she still followed Kalakta, the overall Predator race leader.

The Predator King by XM Studios 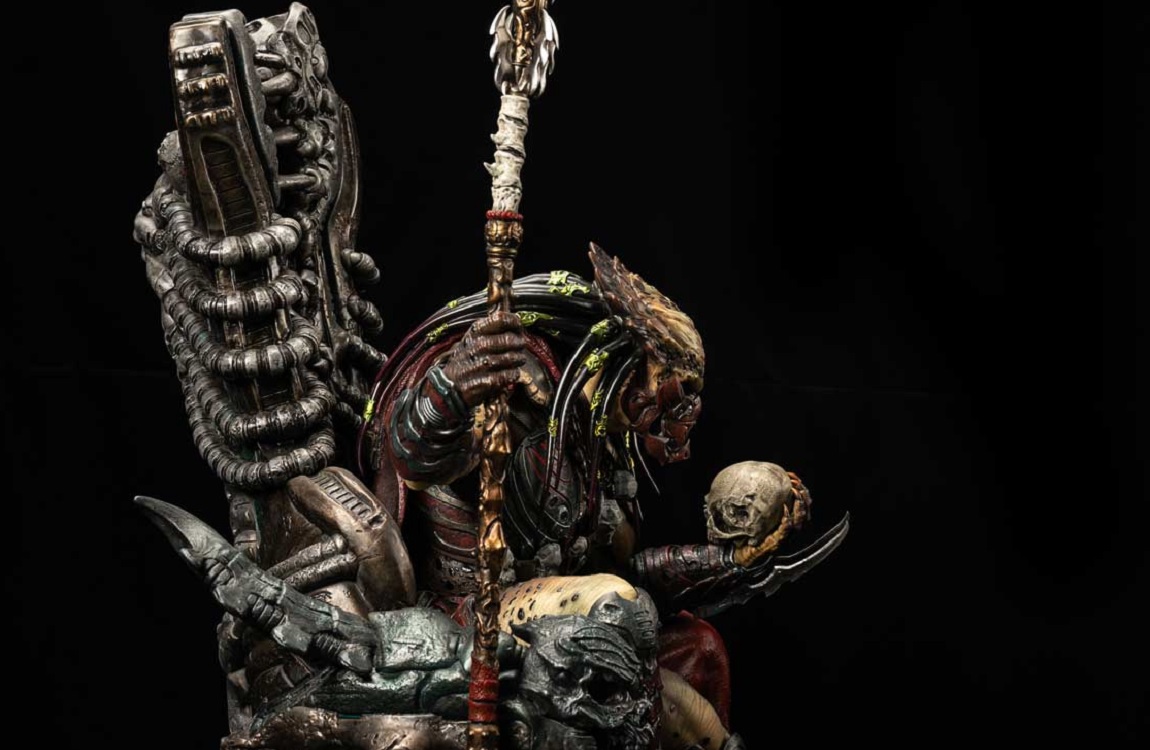 XM Studios, a company known for highly detailed statues, released their version of the Predator King, who is sitting on a throne examining a human skull while deep in thought, not unlike King Conan. Being otherwise static without any articulation, it came with a removable mask, decorated with gold and red accents. The staff had various designs from different cultures woven into it, showcasing the years of different hunts the King had experienced. The cybernetic throne offers a good contrast to the bone design of the Clan Leader.

Want to know more about the Yautja race? Check out the most badass Predators and information about the Female Yautja.