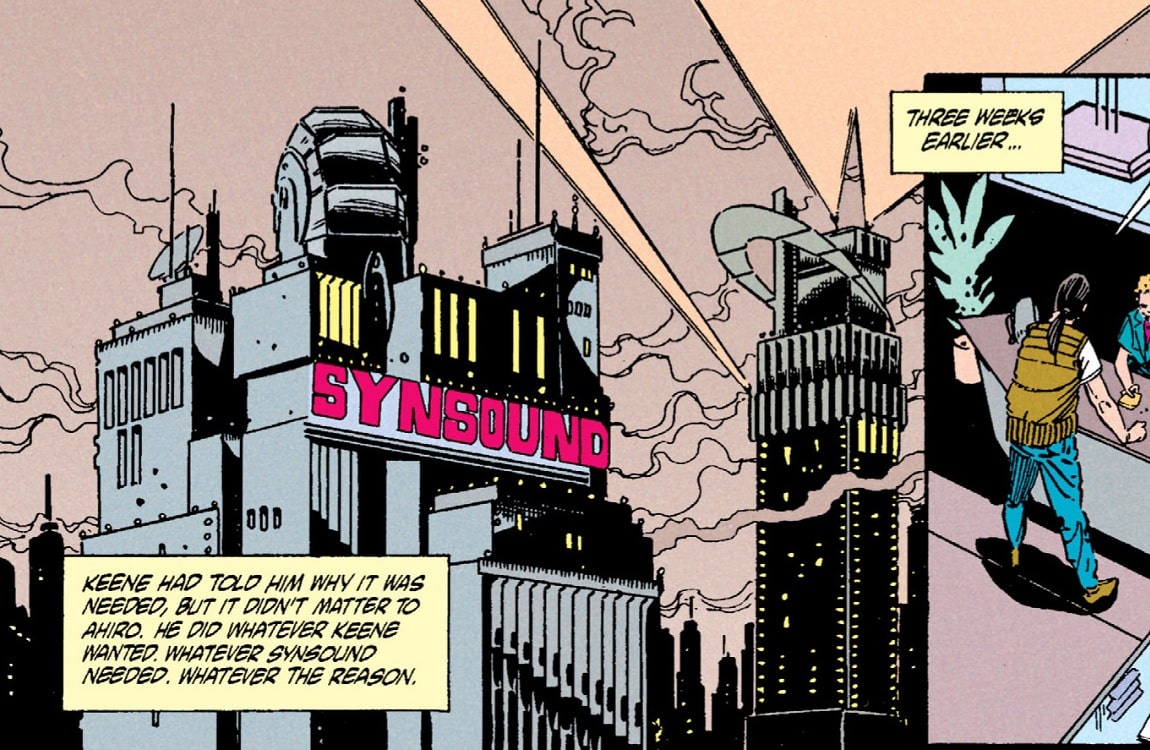 Synsound was all about finding a new sensational sound to fill the airwaves with experimental music. One of its business approaches was using the voices of long-dead musicians like Elvis. It was across the streets from MedTech and one of their big rival companies. Synsound financed and helped Damon Eddington to acquire a Xenomorph egg from MedTech and to record the sounds of the resulting Alien. Eddington didn't just record the Alien hissing, it recorded it killing animals and humans. Eddington's plan to release the Symphony of Hate went wrong when the Xenomorph escaped and caused the Presley hall massacre by killing a band and some of the audience. 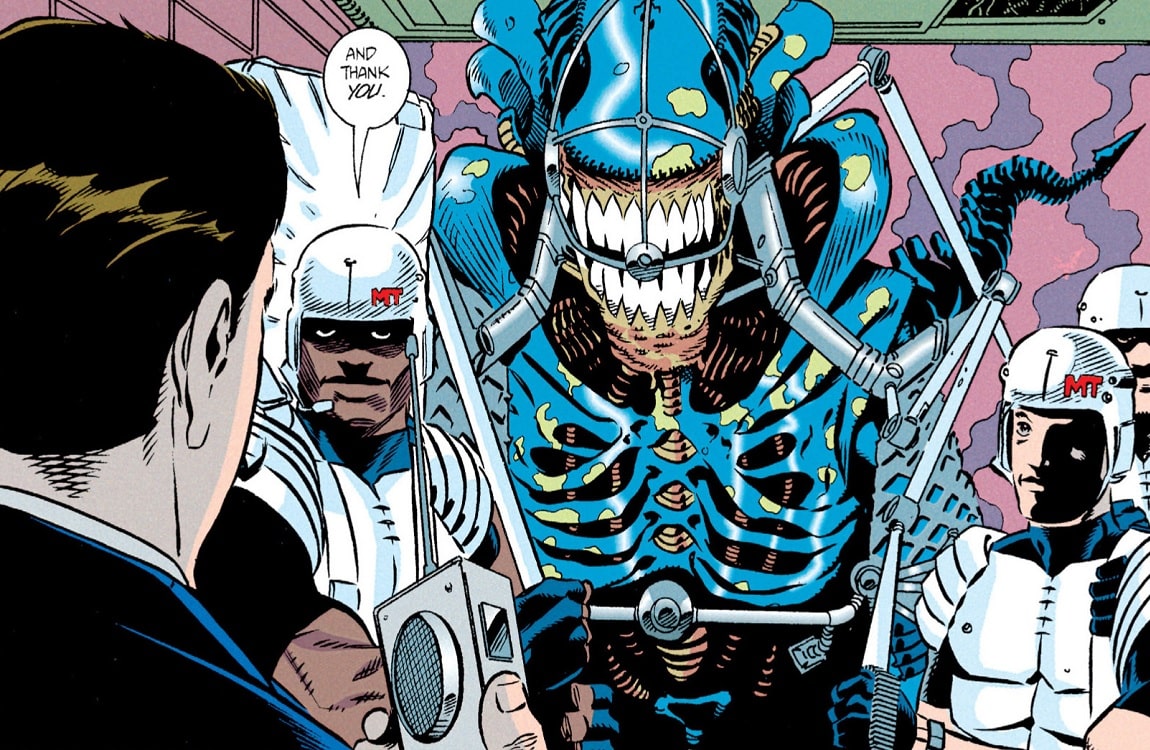 MedTech was the rival of Synsound but focused on another field entirely - medical research, and secretly Xenomorph research as well. The company had a secret lab with an Alien hive underneath its offices. The company employed a team of mercenaries and a restrained Alien named Old Blue. Old Blue was used as a tracking dog to help find escaped Aliens or wanted people. The Presley Hall massacre was ended by the mercenary team by killing the rampaging Xenomorph. Later, MedTech created a Xenomorph android to recreate the massacre to the big delight of the audience. Both Synsound and MedTech appeared in the Aliens: Music of the Spears comic, one of the most unique Alien stories. 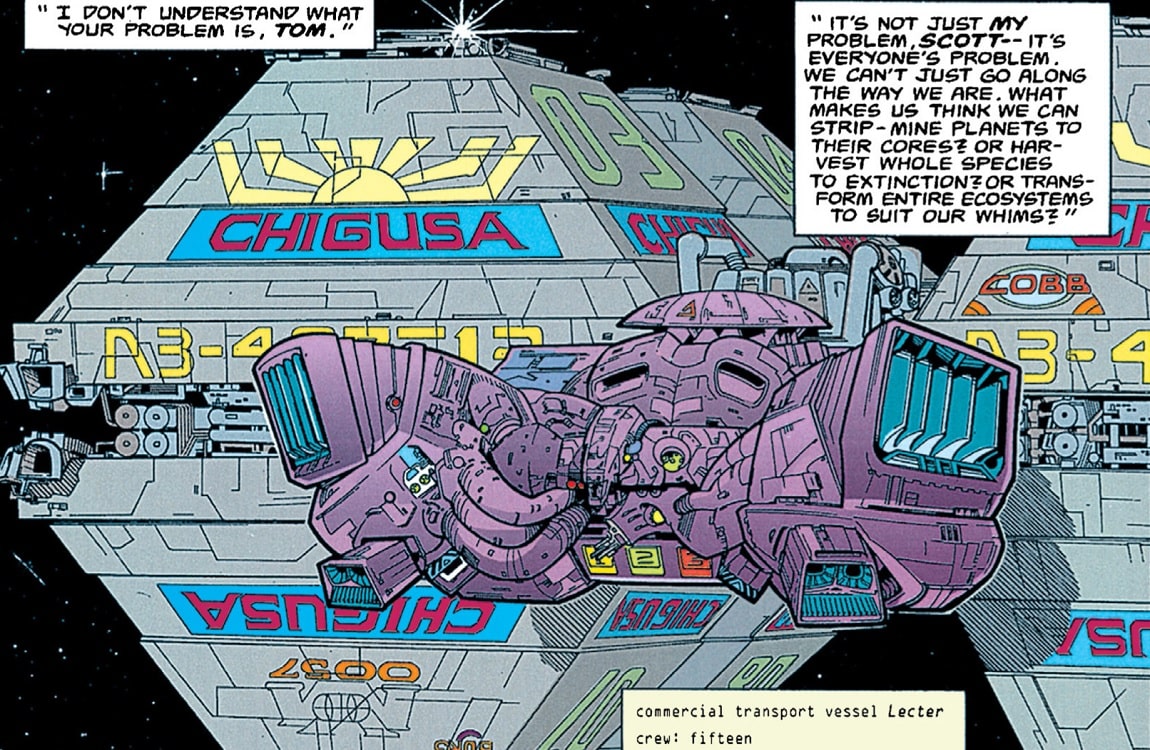 The Chigusa Corporation was the employer of the legendary Magchico Noguchi and one of Weyland-Yutani's rivals. The company CEO was Takashi Chigusa and its main office was located on New Osaka. The Chigusa Corporation mostly dealt with building and running colonies outside the solar system. However, their choice of colony planets turned out to be quite bad, as disaster struct at least 2 of them. Ryushi was an ancient training ground for youngblood Predators and Caparis VII was attacked by the Killer Predator clan. 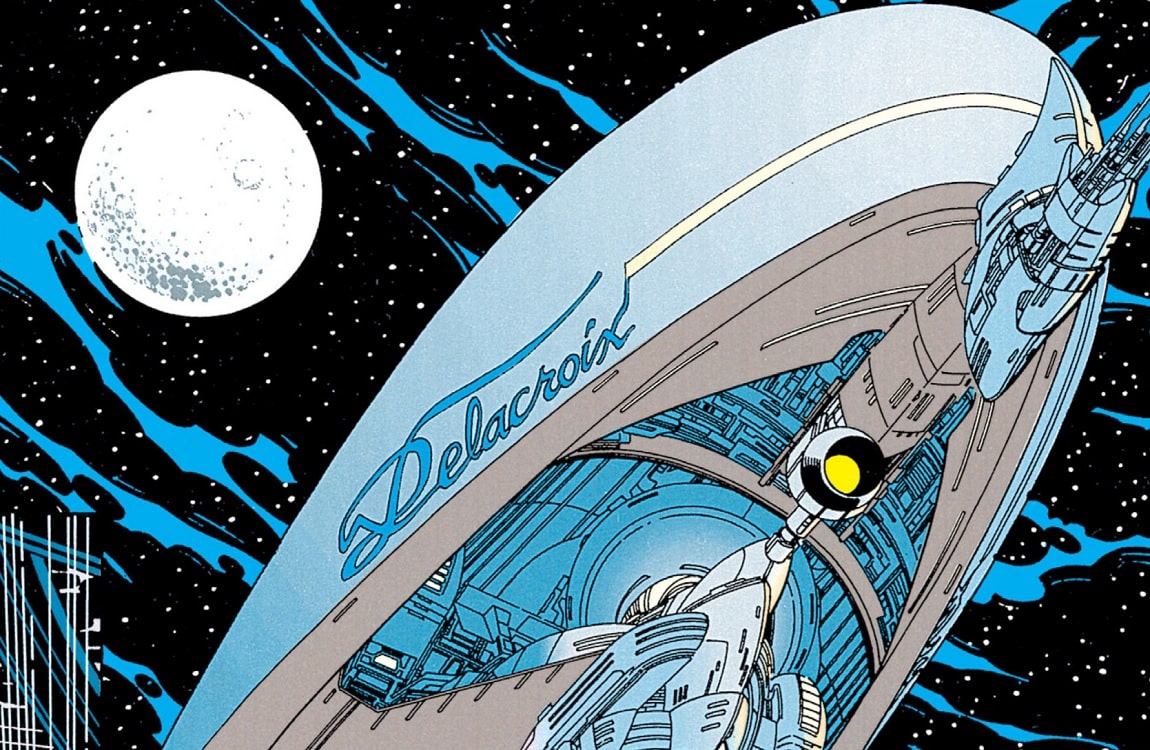 The headquarters of the Montcalm-Delacroix et Cie were located on a giant zeppelin-like airship named the Liberté in high-orbit over Earth. Ships like this were used to house people who escaped from infestation of Earth by Aliens. The conglomerate mainly focused on the entertainment business. They produced the android Xenomorph TecSeks for the movie business, but later for combat as well. The CEO of the company was Lucient Delacroix, but the company was in actuality partially run by the artificial intelligence called TOY. Montcalm-Delacroix et Cie and its cronies were the main antagonists in the Aliens vs. Predator: Deadliest of the Species comic series. 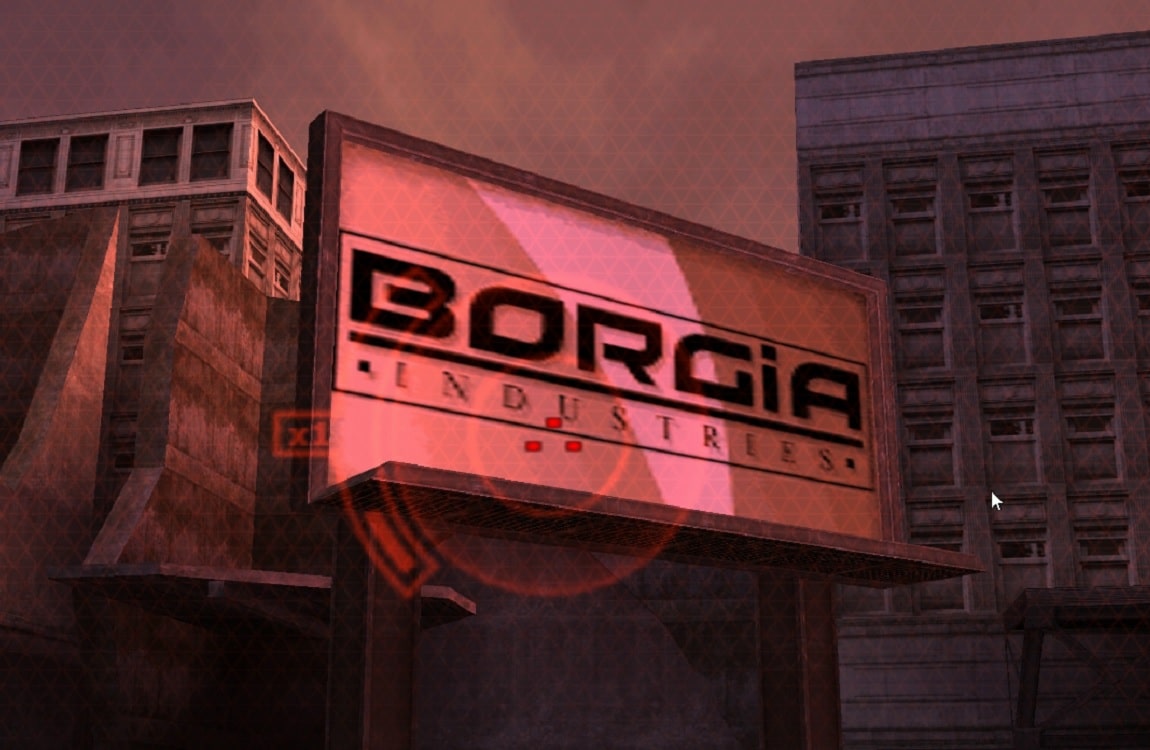 Borgia Industries was an American mega-corporation run by the ruthless Borgia family, who had ties to the mob. After the destruction of New Way City by a Yautja self-destruct device, the Borgia Industries rose to rebuild the city, which was then renamed to Neonopolis. They had encountered the Yautja and stolen some of their technology, which allowed them to make rapid advancements in their research. In the wake of the destruction that Scarface did to the company, Borgia Industries was left in a bad state with most of its senior members dead. The company was bought out by Mr. Weyland, and based some of the Borgia technology to build the MOTHER computer later seen on the USCSS Nostromo. 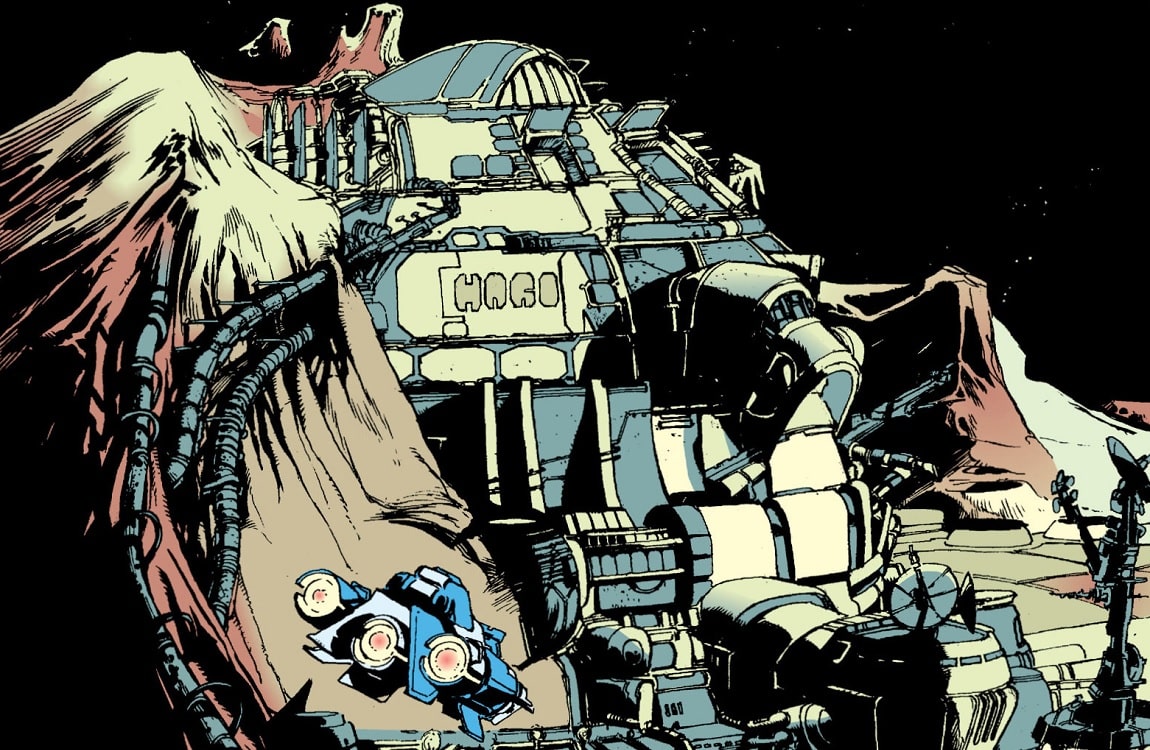 The Z.C.T. Corporation owned Charon Base where Project Chimera was in development under the watchful eye of Ernst Kleist. Kleist didn't like the constraints of the mega-corporation and tried to gain more independence. He kept several advancements secret, like his initial success in creating the Xenomorph king through gene splicing. Project Chimera was destroyed when Charon Base blew up, destroying valuable company assets. The company also produced several experimental weapons, like the taser web rifle and the sound cannon. Z.C.T. Corporation appeared in Aliens: Rogue and hasn't been mentioned anywhere else. 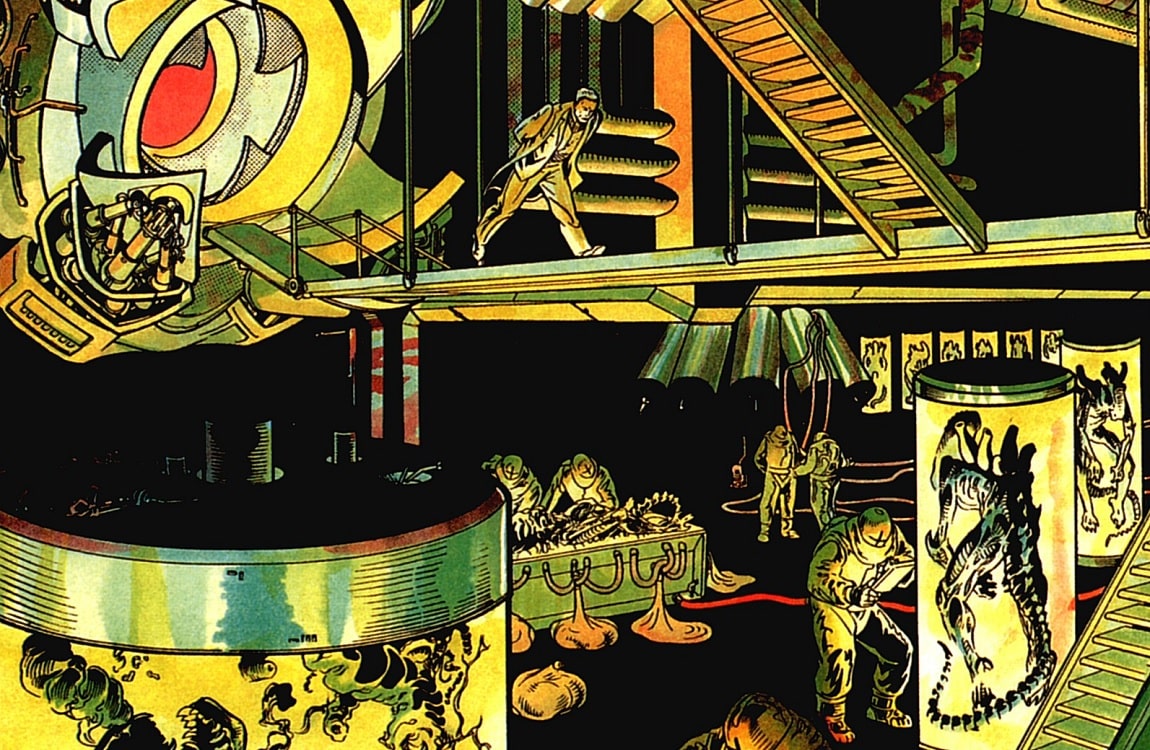 The Grant Corporation had a meteoric rise after Earth was cleared of the infestation of Aliens. It gained profits from Xenomorph research, producing items like acid-resistant armor, plasma weapons and Xeno-zip drugs. The company was headed by Daniel Grant, a Donald Trump-like womanizer with a lavish lifestyle. After running out of money and getting in trouble with both the law and the mob, Grant escaped on a mission to Xenomorph Prime to acquire more Royal Jelly for the company. Although suffering some losses in personnel, the mission was successful and Daniel Grant actually had a change of heart. He became a more moral person after the traumatic events and tried to change the company for the better as well. 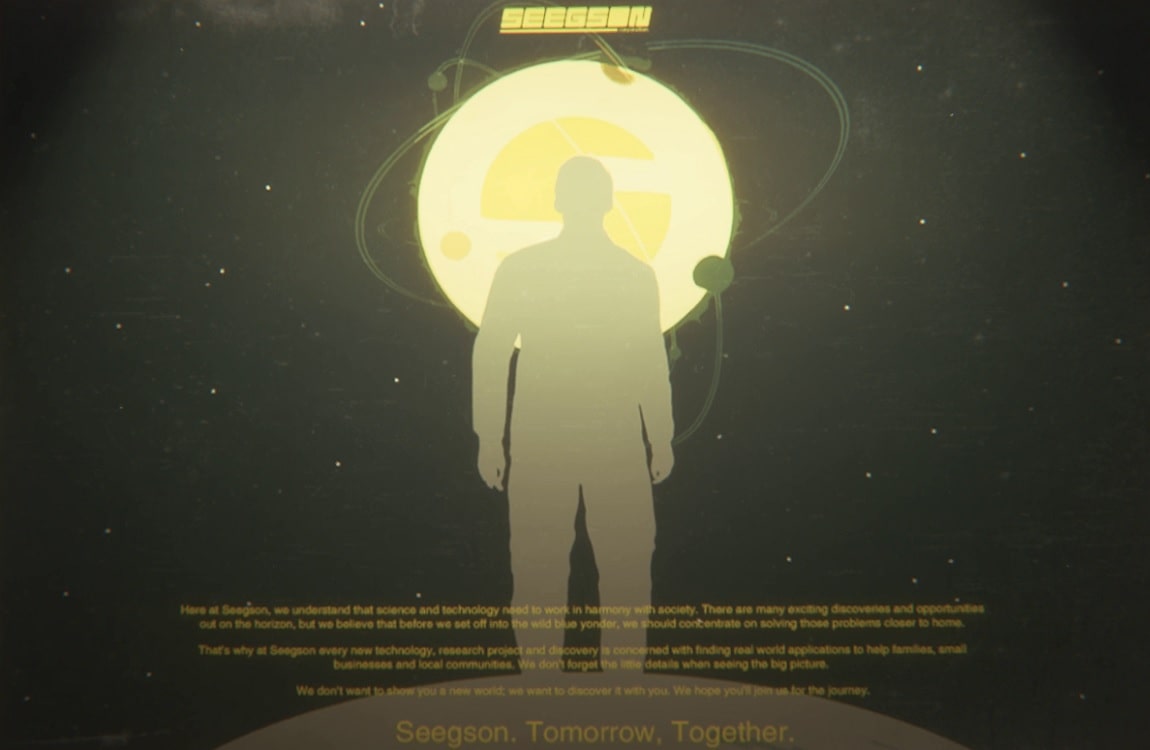 While the Grant Corporation was the main competitor to Weyland-Yutani in the old Expanded Universe, the Seegson Corporation is the driving force in the new one. Making the first appearance in Alien: Isolation, it has been featured in many other Alien materials. Seegson was responsible for producing the creepy malfunctioning Working Joe androids, who were made without any behavioral inhibitors. This made them crazy murders upon malfunctioning. Seegson's downfall concluded when the Sevastopol station, one of their prominent installations, was destroyed in 2137 by Amanda Ripley. 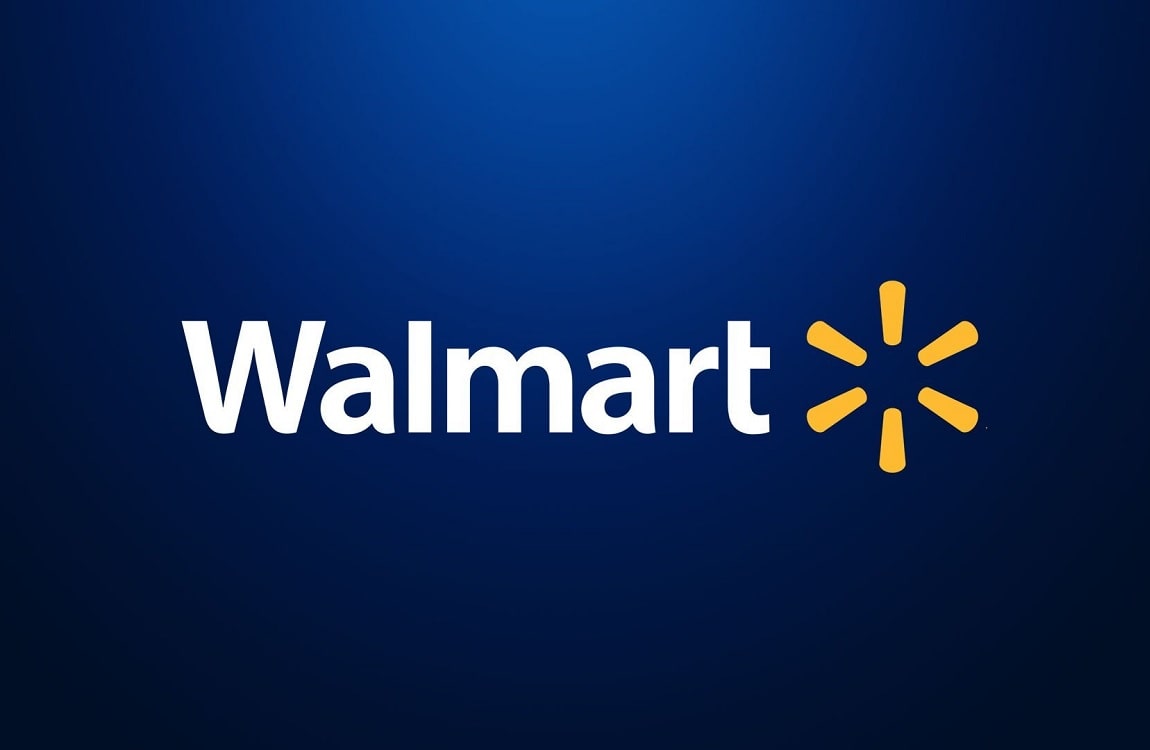 Not much is known about Walmart in the future but it most presumably still selling consumer products as it has done since 1962, the year of its founding by Sam Walton. Walmart was able to obtain the rights for Weyland-Yutanis assets and brands in the 24th century after the ban of mega-corporations. How Walmart was able to circumvent the ban itself is unknown. Weyland-Yutani later made a successful reemergence which probably didn't work well for Walmart. 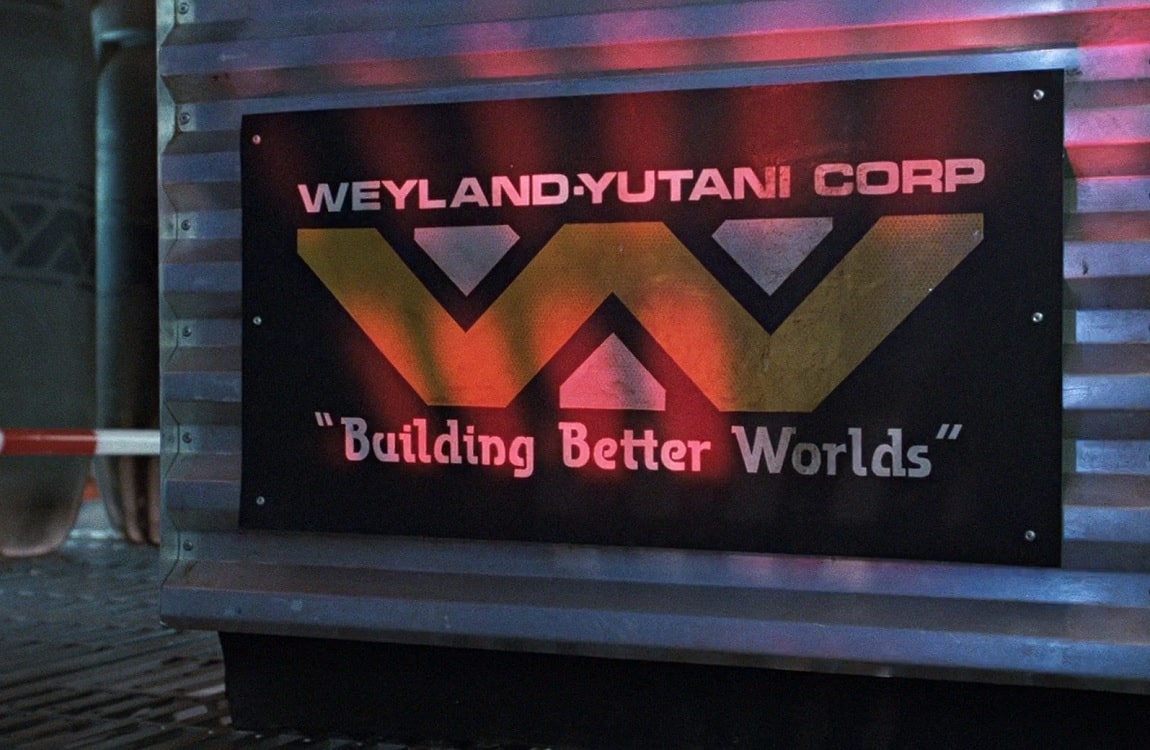 Weyland-Yutani is the biggest and most well-known company in the Alien vs. Predator franchise. It is probably the most amoral one as well. The Weyland part of the company was founded in the early 21st century, either by Peter Weyland or Charles Bishop Weyland, depending on which continuity you choose to believe (Alien vs. Predator or Prometheus). The company joined Yutani Corporation in the late 21st century and the notorious Weyland-Yutani was born. The company was later bought out by Walmart after the ban of mega-corporations but made a return in the 25th century (as depicted in the Rage War trilogy). The worst part of the company was probably the Bio-weapons division, which let little stand in their way of obtaining dangerous organisms such as the Xenomorph.

Did you enjoy the list and want to know more about the Alien lore? Check out the list of the most powerful mech suits and look over the different mad scientists.