Here are listed 5 times where there were Aliens on Earth in the Alien vs. Predator franchise. Unfortunately, the amount of times this has occurred cheapens the impact of meeting something truly "Alien" in the universe. The list is sorted chronologically and most of these events have been deemed non-canon. 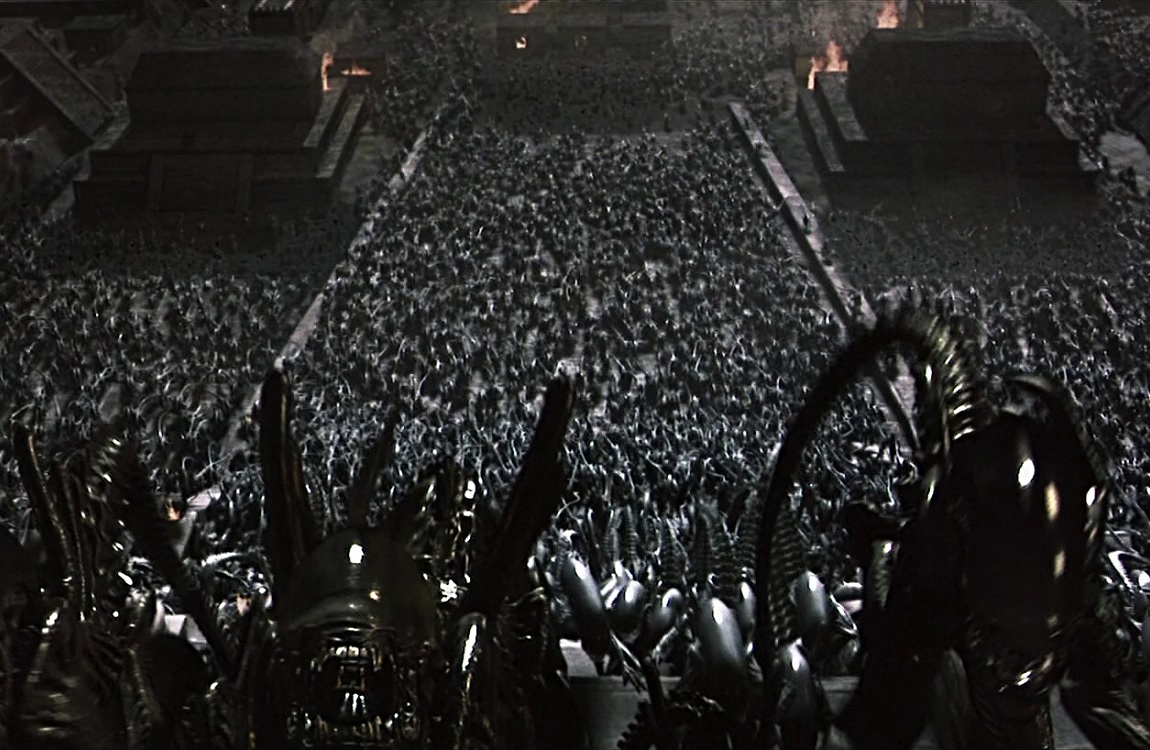 The most official occurrence of an Alien outbreak on Earth is in the Paul W. S. Andersons AvP movie. Thousands of years ago, the Predators bred Aliens on Earth using humans. We don't know the full extent of the infestation, but it probably happens mostly in South America and Antarctica. The Alien infestation gets out of hand and the Predators self-destruct on top of a pyramid. This must have wiped out most of them out as there are only some Aliens remaining in Antarctica later. 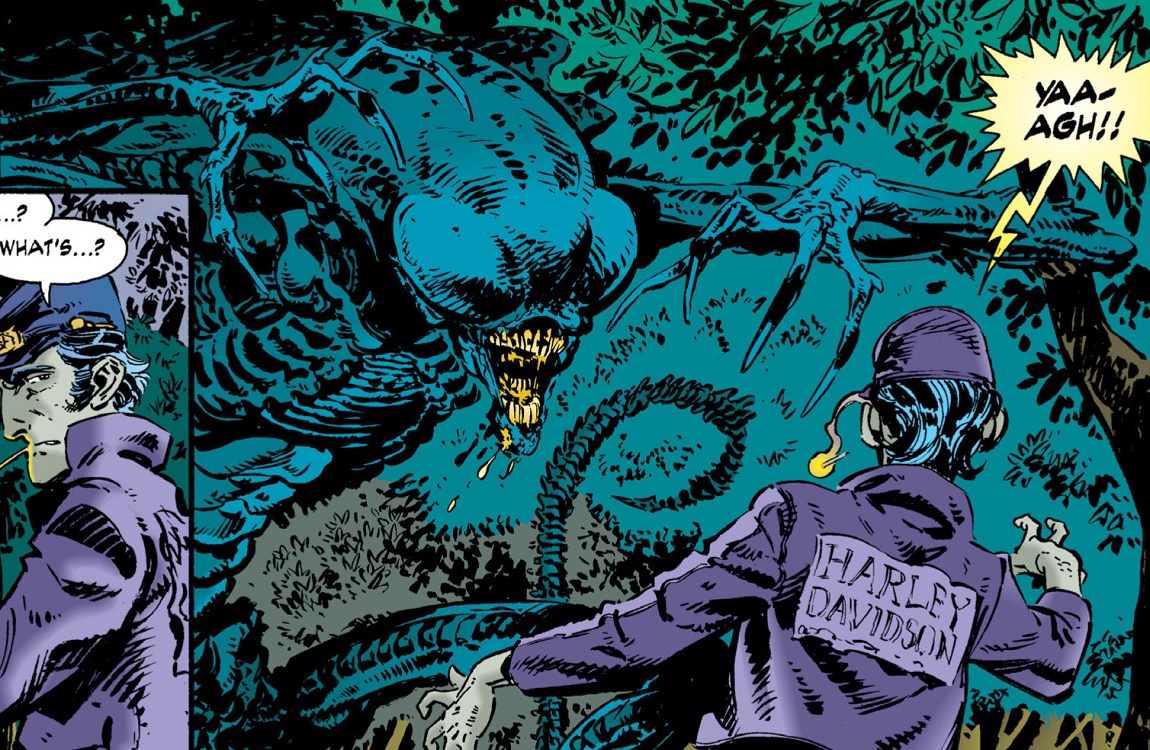 In the 1950s an alien ship crash-landed in an unnamed town in America. A Xenomorph infestation spread from the ship and was eventually stopped by Ellen Ripley's distant ancestor Daniel Ripley with the help of a biker gang. The main Alien is remarkable in its unusual appearance with big eye sockets and elongated limbs. This is probably due to it being born from another Alien creature (the pilot of the crashed ship). The comic is included in the Aliens Omnibus: Volume 5. 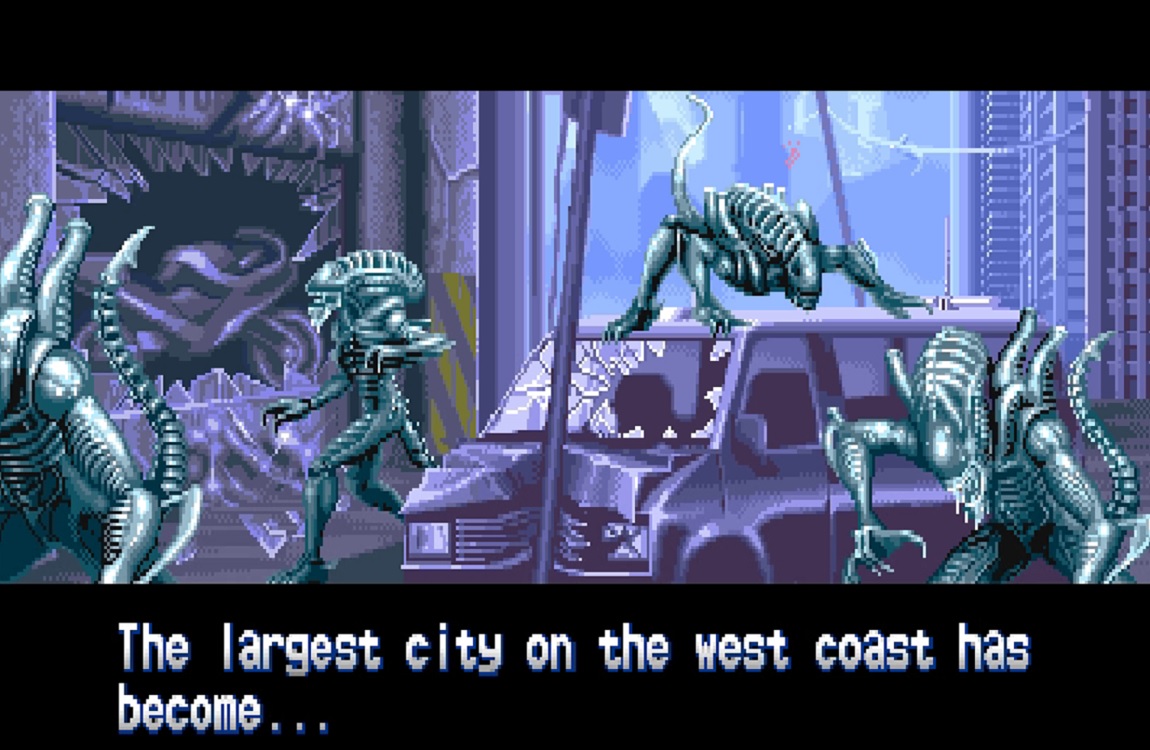 San Drad, California was overrun by Aliens who escaped from a quarantine facility. It was unclear where they originated from. Cybernetically-enhanced Major Dutch Schaeffer (Arnold's character from Predator) went to the rescue with the help of 2 predators and Lieutenant Linn Kurosawa. The Alien infestation was eliminated by crashing a military ship into San Drad causing a huge explosion. The game uses a Giger's original design for the Alien hive (a big onion-shaped sphere) that was also later used in Prometheus as an Engineer base. 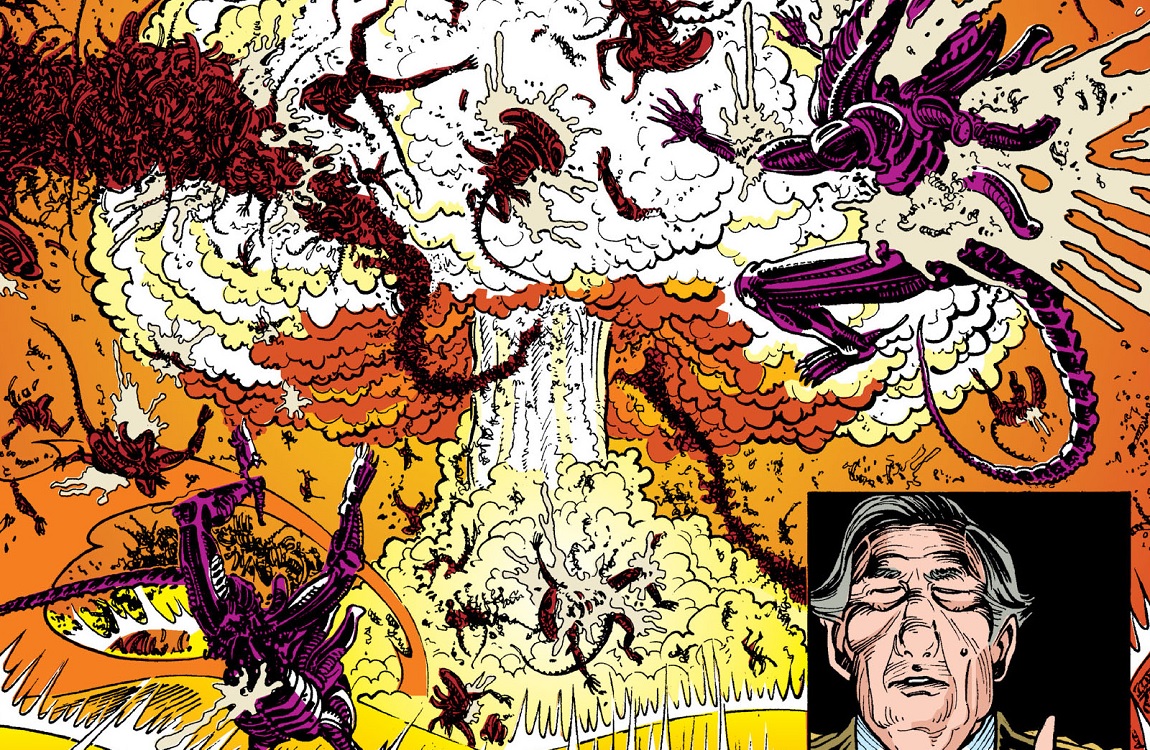 13 years after the events of Aliens, religious extremists unleash Aliens on Earth that consumes the whole planet. A Queen Mother Alien is brought to Earth to lure all the Aliens into one spot. Several nuclear bombs are detonated near the Queen and Earth is saved from the infestation. Depending on the version of the comic you read, the main heroes are either Ripley, Hicks or Newt, or their counterparts Wilks, Billie, and Android-Ripley. The characters were altered after the release of Alien 3. A book series with the same name was released based on the comic.