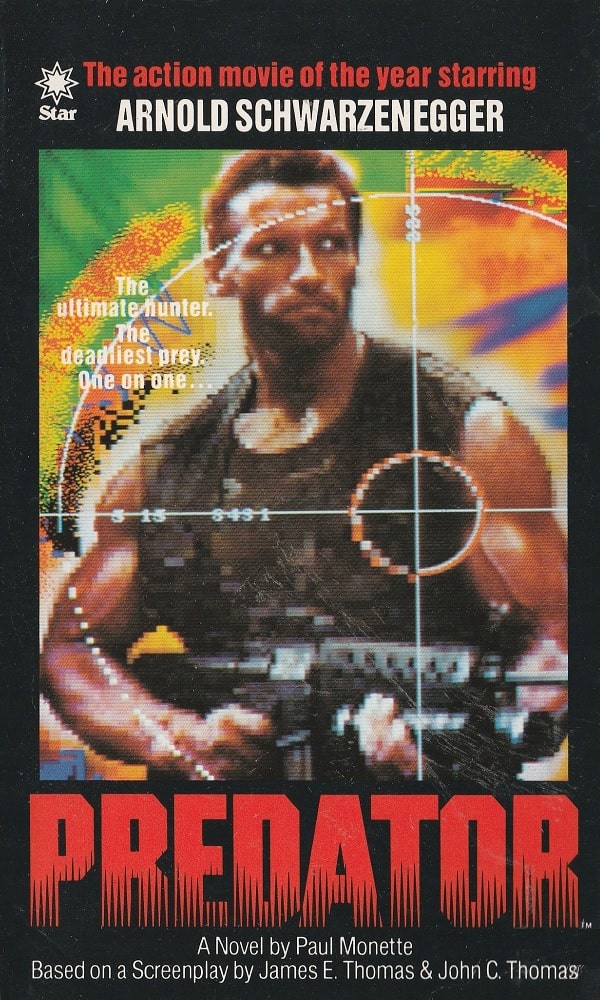 The Predator novelization released in 1987 was the first Predator book ever and has to be mentioned in the list. The book was written by a poet, Paul Monette, who brings his style of having extensive nature descriptions in chapters. The novelization was based on an earlier draft of the script, which had a very different Predator. He was more like a chameleon, able to shape his form into an animal. The Predator acted less like a hunter, and more like a scientist, being interested in the physiology of the humans (he wanted to dissect them). He only had one weapon, the spear, but it had different functionalities. The finale of the book happens at the site of the Predator ship, with Dutch using the spear to kill both the Predator and blow up his ship. There are some weird racial undertones in the book, with Dillon being shown in a much worse light. The Predator 2 novelization is quite good also, but not as weird and interesting as this one. 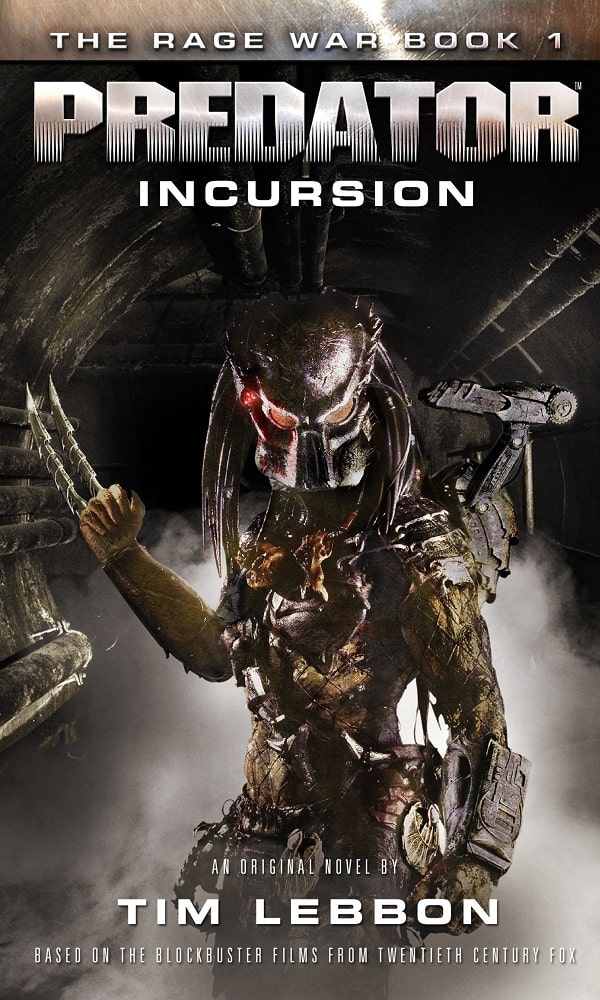 Predator: Incursion is the first part of the Rage War trilogy which also includes Alien: Invasion and Alien vs. Predator: Armageddon. Although it is labeled as a Predator book, there are not many of them introduced in the book. They start to be featured more prominently in the later parts of the series. The novel is set hundreds of years later than any other Alien or Predator book, in the 27th century. Attacks by Predator ships in the human sector of space triggered a response by Colonial Marines. A group of soldiers named the VoidLarks is forced to land on a Predator habitat space station (quite unique and unlike anything seen before). The story is actually much more complicated and takes some queues from the Mass Effect series. 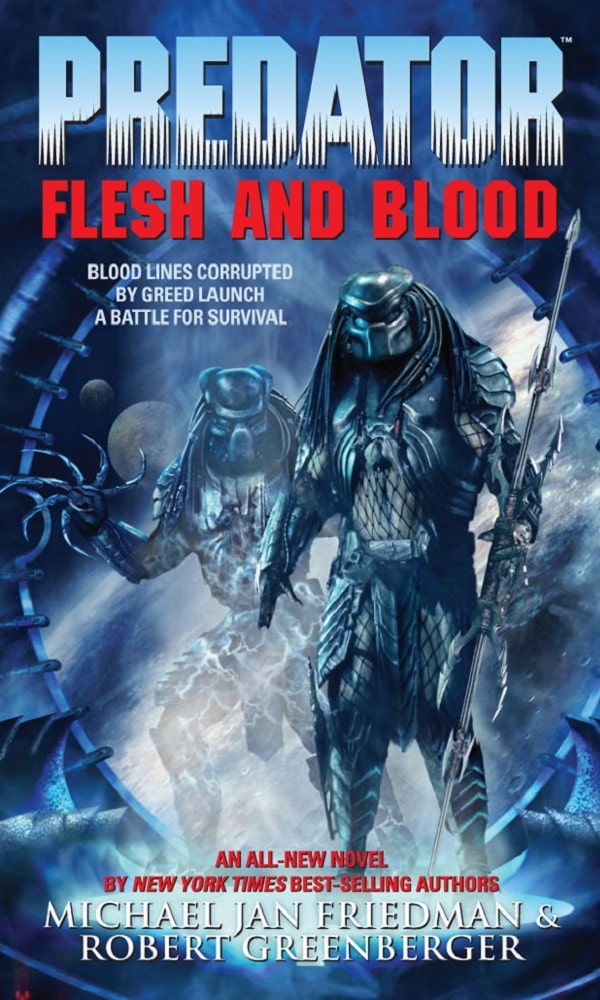 Predator: Flesh and Blood is one of the few Predator novels set in the future. It explores a feud between two branches of a criminal family at the same time as two clans of Predators try to work together to hunt them. The parallels are quite obvious and it does not end well for any of these groups. The main character is Andar Ciejek, the son of a crime boss whos death brings the families together. He tried to leave his life of crime behind him and is quite a sympathetic character. The book features a lot from the Predator's perspective, quite possibly the most of any Predator novel. Predator: Flesh and Blood mentions the Hish-Qu-Ten established in the previous Predator: Forever Midnight book but thankfully doesn't go into any crazy details.

The problem with the original trilogy of Predator novels (Concrete Jungle, Cold War, Big Game) is that they don't expand on the Predator culture and lore, and don't feature anything from their POV. They are all based on Dark Horse comics with the same names. While the novels expand on the characters more, we are missing out on the great artwork. Predator: Big Game explores more on the Predator-Indian connection hinted in the original Predator movie. We follow Corporal Enoch Nakai's adventures in the deserts of American Southwest and his run-in with a single insane Predator. Nakai turns up later in the Predator: Hunters comic series.

6. The Predator: Hunters and Hunted 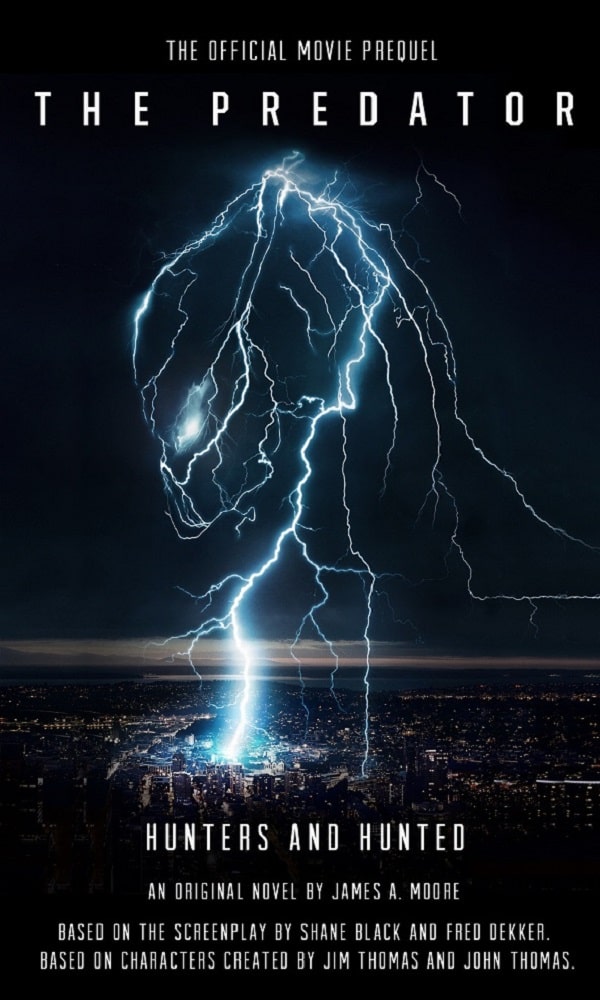 The Predator: Hunters and Hunted novel is the best thing that came out of The Predator movie (apart from the Fugitive Predator). While The Predator 2018 novelization is probably the worst Predator book ever, this prequel novel is actually one of the better ones. It tells a simple story of a squad of soldiers (called the Reapers) out to hunt the Predator before the events of the movie. They are only hunting a single Predator and they have several skirmishes with him. The book expands on the background of project Stargazer and the characters of Traeger and General Woodhurst (who was cut from the movie). Probably the best character in the book is Pappy Elliot, the leader of the Reapers and a Vietnam War veteran, who had a run in with the Predator in the jungle. The event still haunts him and he wants revenge. The final fight of the book happens on ferry ground during a tropical storm and really memorable. If only the movie could have been more like the book. 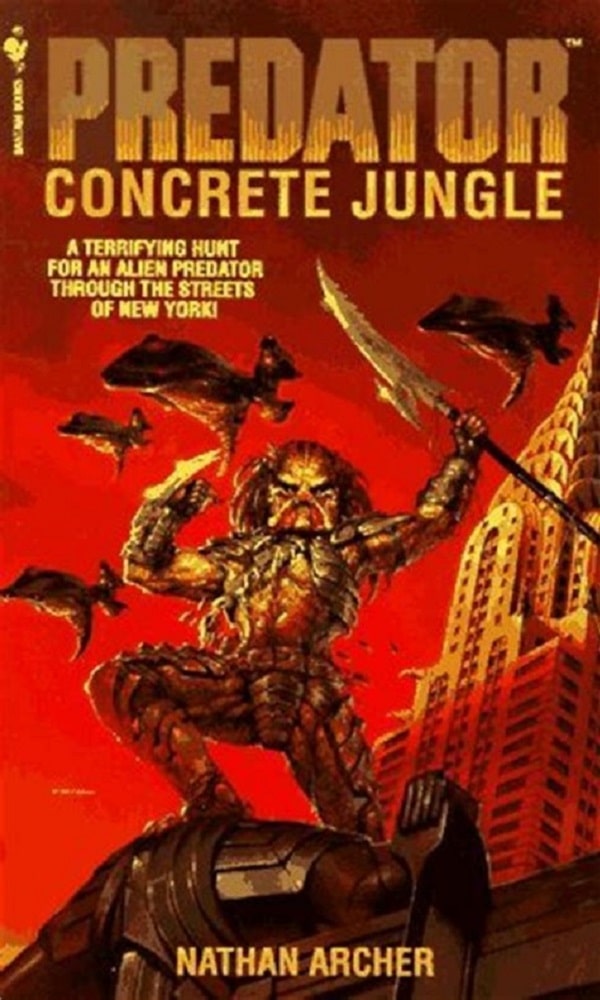 Predator: Concrete Jungle is one of the most famous Expanded Universe stories and is based on the comic with the same name (but is unrelated to the video game). It follows the brother of Dutch Schaeffer who is just named Schaeffer (why not give him the first name in the novel?). Schaeffer is a police officer in New York City and encounters an aggressive group of Predators hunting in the city during a heat wave. The attack might be related to his brother Rasche but might be a coincidence just the same. Schaeffer is quite a bland character, but his partner brings life and humanity to the story. Schaffer's main motivation seemed to be to find out what happened to his brother, but we don't learn much. The Predator 2 movie was probably heavily influenced by this story. The book and comic have a sequel titled Cold War set in the Arctic but it wasn't good enough to be featured in this list. 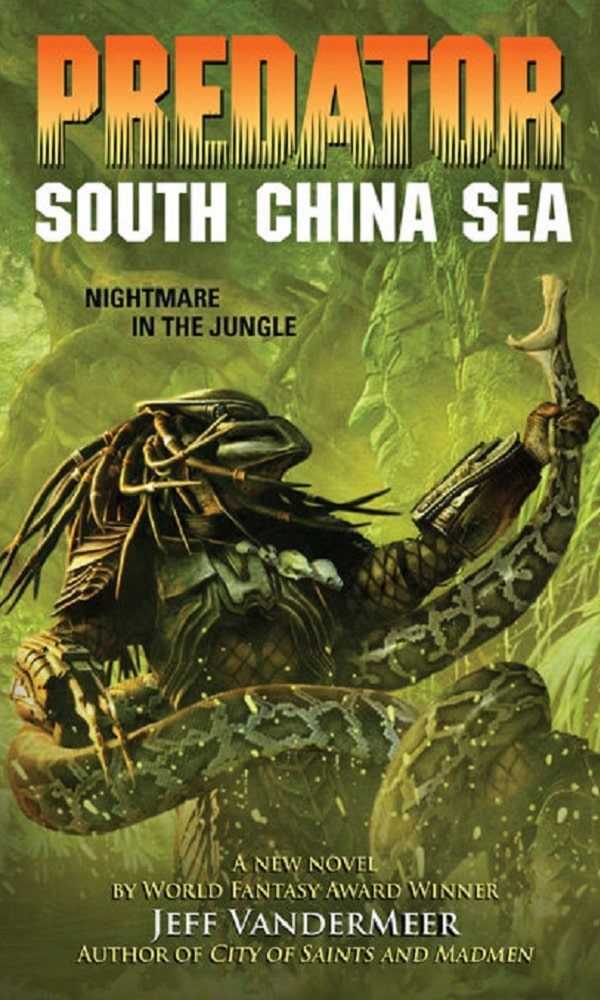 While Predator: South China Sea is on top of many fans best Predator books list, it is not in this one. It is a very good book but perhaps suffers from being a bit overlong (there's a lot of fat on the bones) and having a lot of criminal characters. When most characters are murders, thieves and assassins, it's a bit harder to like them. There's also some weird stuff about the Predator using an electric surfboard to travel to swamps and human changing into the Swamp Thing after being infected by the Predator's wrist blades. Still, the characters are quite colorful, the action was well written and the Predator was of the most vicious and well experienced ever. It is also notoriously hard to find this book, with used copies going for about 100 EUR on eBay. Titan books should really re-release this in an omnibus. Jeff VanderMeer later found a lot of success with the Southern Reach trilogy, with the Annihilation novel being released as a highly praised movie.

If Predator: South China Sea ramped things up with a lot of characters and action, then Predator: Turnabout took another route. Having an aging sniper and a school teacher trekking in the Alaskan wilderness was quite unique for Predator story. This is the only book that would work well even without the Predators, as it featured poachers as villains already. The main villain is a well fleshed out character himself, with his motivations and backstory made clear. The downside is that there is nothing from the Predator's POV and they are rarely present in the story. The novel took some cues from the Grizzly Man documentary, as the brother of Mary lived together with bears and was finally eaten by them.

1. Predator: If It Bleeds

If it Bleeds is probably the best Predator book ever. It is a collection of short stories from different authors that expands the Predator timeline in different time periods. There is something for everyone. We get to know what happens to Harrigan after Predator 2. There is a story about Predators vs. vikings. There's a sequel to Predator: Turnabout. Many of the stories feature chapters from the Predator's POV, which is great. There's also a prequel to the Rage War trilogy. While Aliens: Bug Hunt took a similar route with a collection of short stories, it just failed with most of the stories being bad. There are rumors about a sequel to If it Bleeds. Let's hope it still happens after Disney having the license.

Interested in more books from the Alien vs. Predator series? Check out the list about the best Alien books and the best Predator comics.