Ever since the T-Rex skull appeared in the trophy case in Predator 2, it has been clear that the Yautja have hunted dinosaurs before. In the expanded universe, they faced off in Tarzan vs. Predator. This is an overview of Predators hunting dinosaurs in the Alien vs. Predator franchise, including taking trophies from T-Rex and Triceratops. 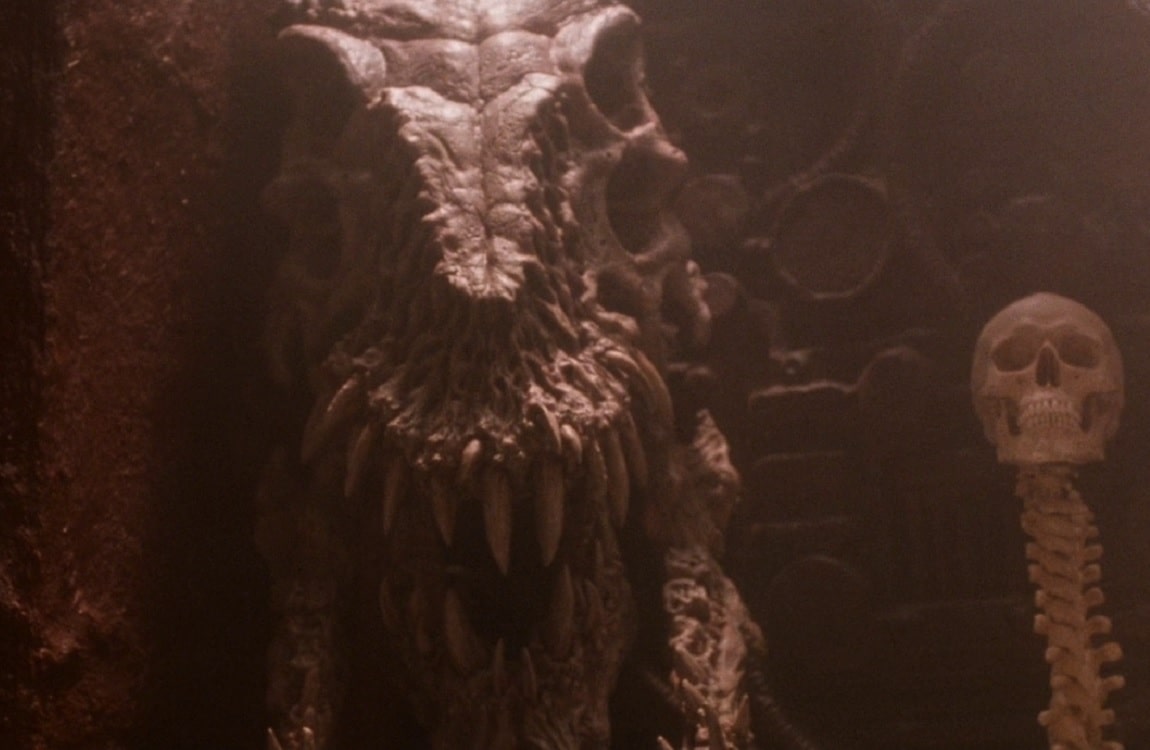 The Yautja trophy wall discovered by Mike Harrigan in the ship at the end of Predator 2 included several skulls, including a Tyrannosaurus Rex one. The dinosaur skull looked a bit otherworldly, with side-tusks on the lower jaw. However, these could have just been decorations by the Predators. With the inclusion of the flintlock pistol from 1715, the movie heavily implies that the Predators have hunted on Earth throughout history, possibly even during the age of dinosaurs millions of years ago. The alternate theory is that the T-Rex skull was just a creature from another planet. 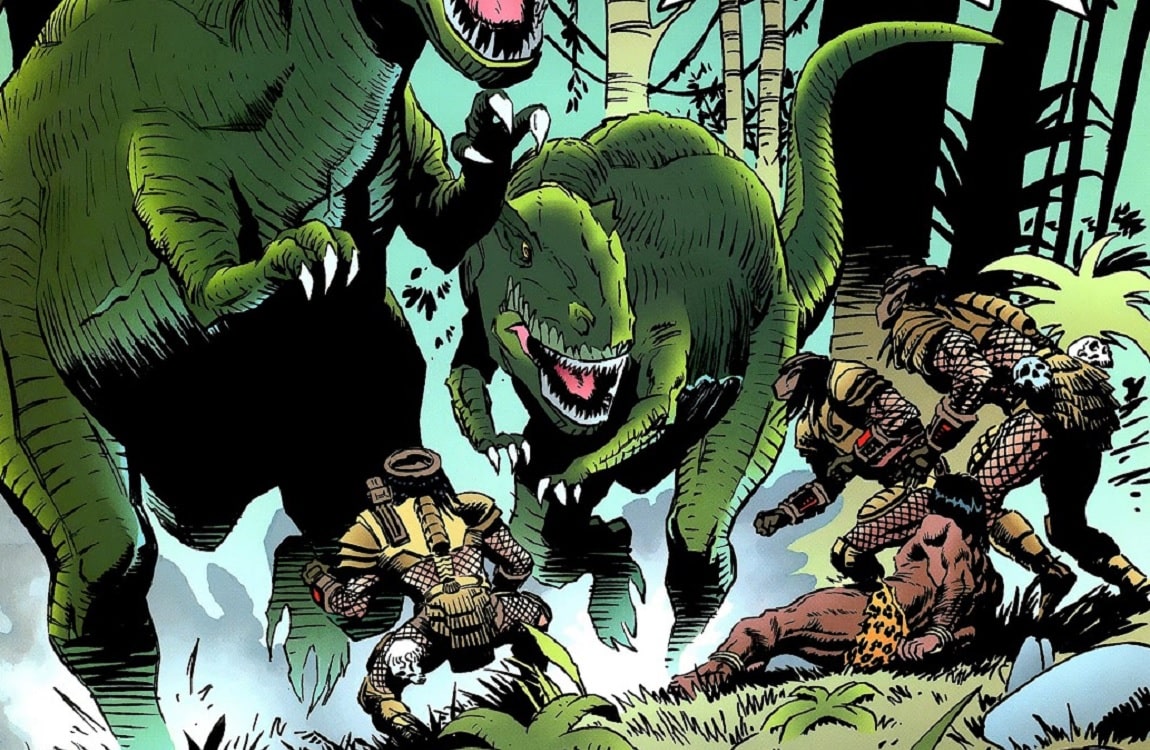 In the Tarzan vs. Predator comic, Tarzan returned to the Earth's Core (he visited it years ago in another book) at the request of an old friend David Innes. The world inside the hollow earth (also known as Pellucidar) included dinosaurs, even featuring packs of wild T-Rexes. Pellucidar was also discovered by the Predators, who found it as a perfect hunting ground. A memorable scene in the comic featured a clan of Predators taking down a T-Rex and extracting its skull. 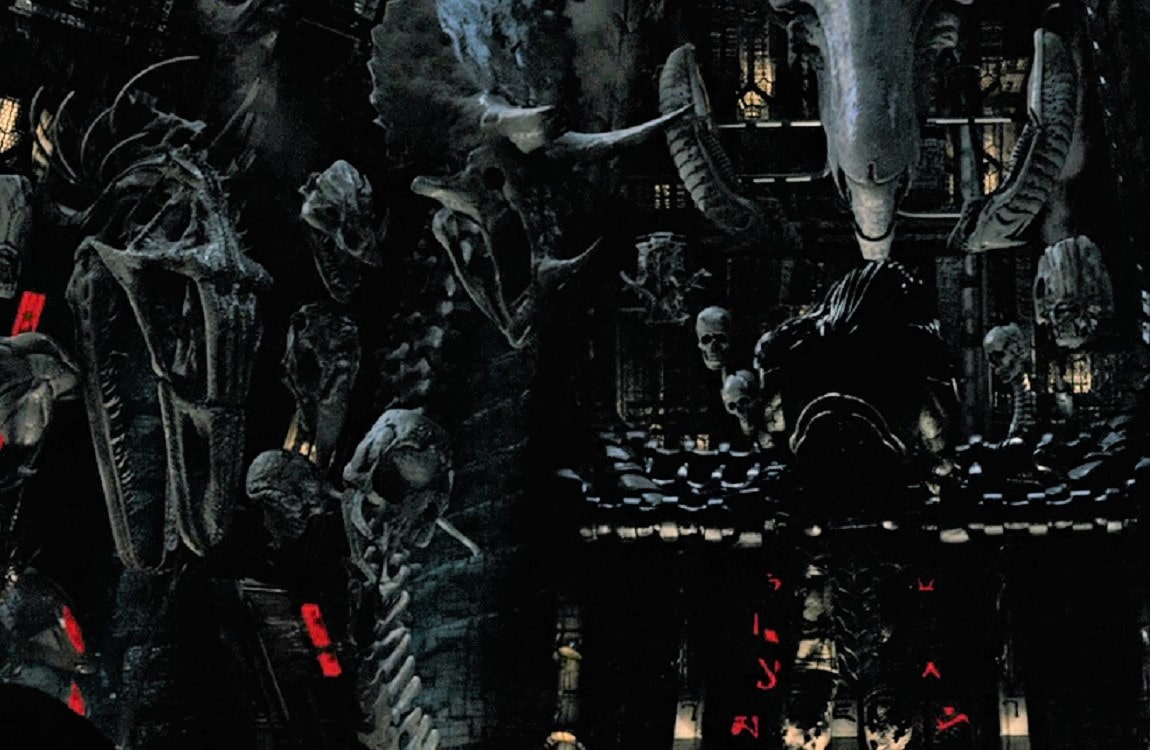 Aliens vs. Predator: Requiem tried to one-up the scene from Predator 2 by having a trophy wall with even more skulls from exotic creatures. The trophies included a Space Jockey, a Xenomorph Queen, and also the skull of a Triceratops, a herbivorous dinosaur. Again, the trophy could have originated from Earth millions of years ago, been a creature from another planet, or perhaps the Predators had hunted in Earth's Core again. The skull was destroyed along with the ship when Wolf Predator set it to self-destruct on Earth. 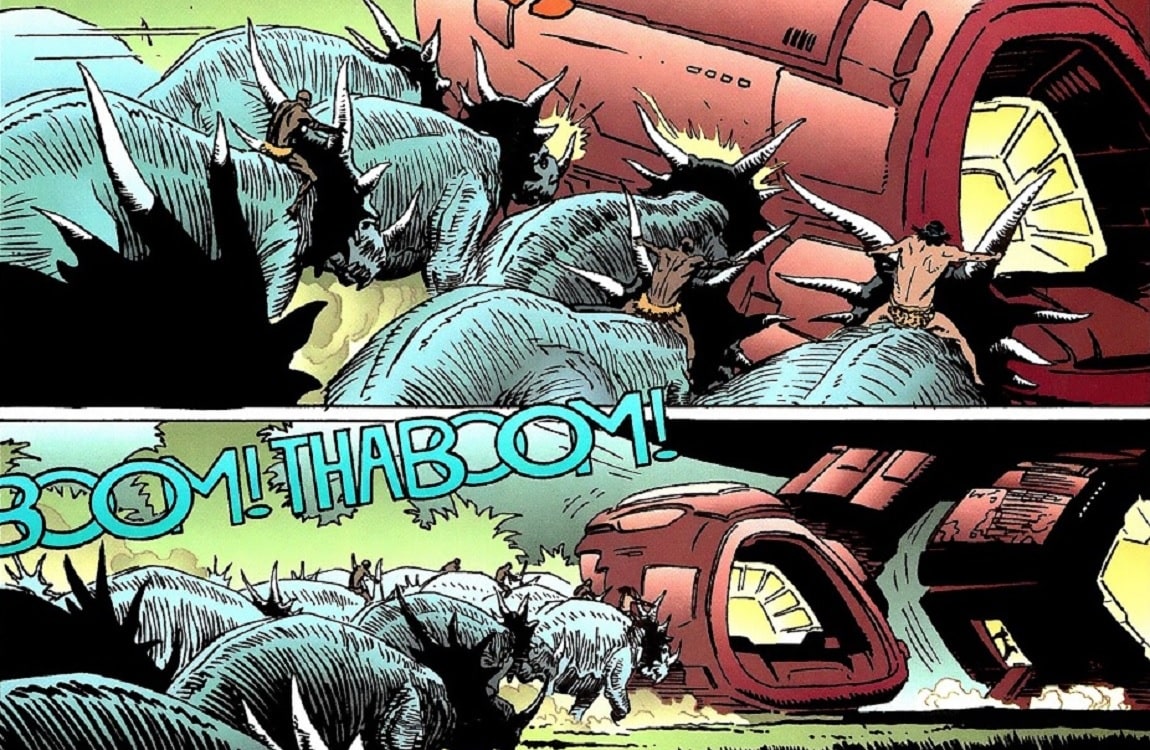 Predators vs. Dinosaurs in Fan Art 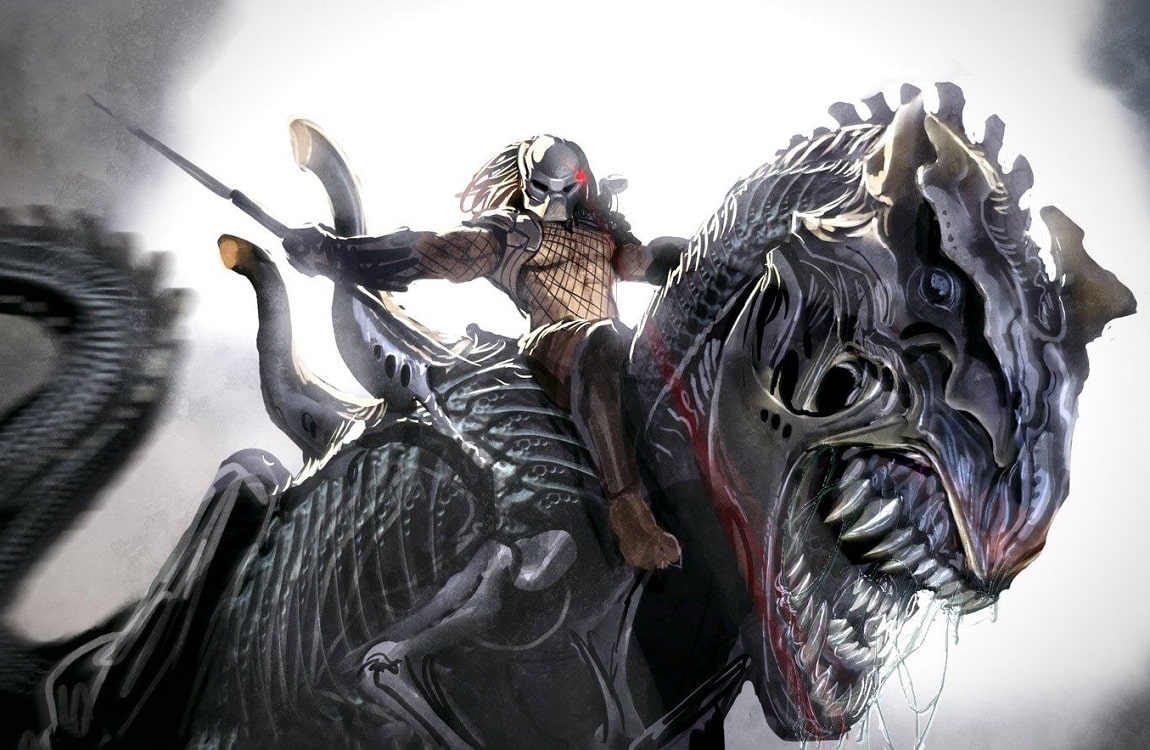 Predators fighting dinosaurs has been a popular topic among fan art. Above is an awesome scene of a Yautja riding a Xenomorph T-Rex by artist Stjepan Sejic. Although this hasn't happened in the Predator lore, Batman did fight a similar Xenomorph creature that burst from a giant crocodile in the Batman vs. Aliens comic. Batman also famously fought Predators several times. Below is an image of a Predator about to stab a T-Rex by an artist nicknamed LLirik-13. There seems to be a Jurassic Park influence, so perhaps this is a T-Rex cloned and resurrected using old DNA. 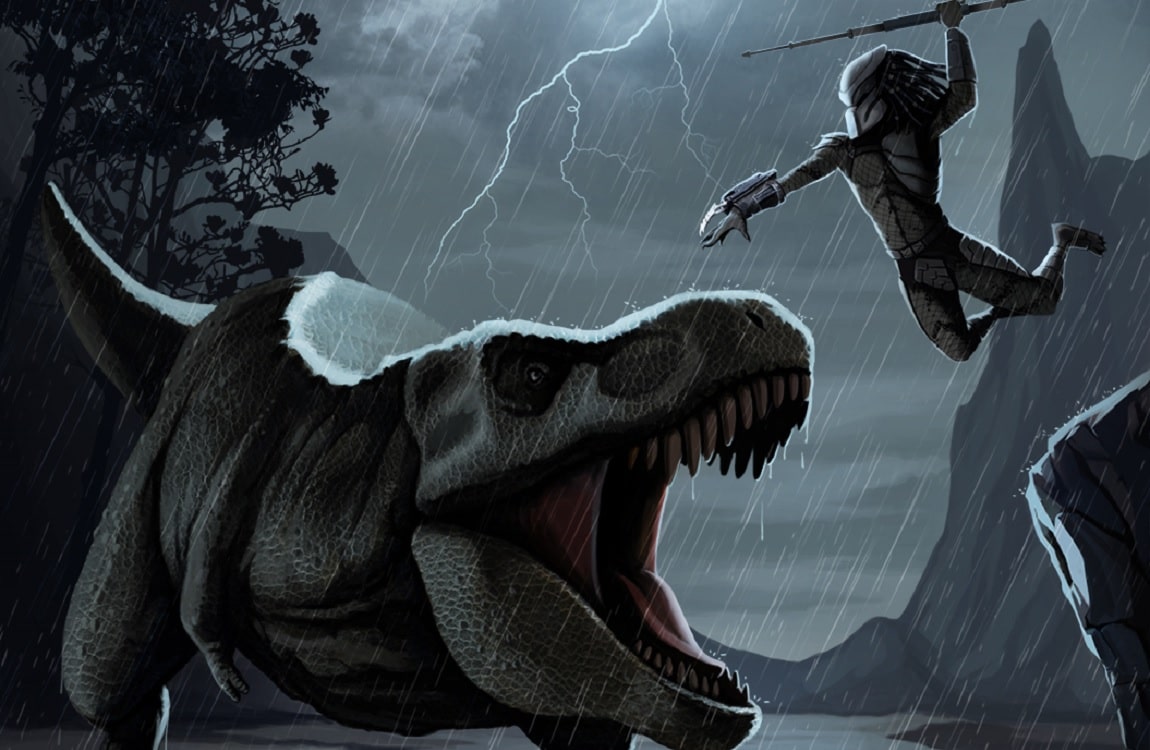 Want to know more about the Predator expanded universe? Check out the list of the most savage Bad Blood Predators and take a look at the different times the Predators fought Engineers.