Here we have a list of top 10 badass Aliens from the Alien vs. Predator series. Included are Aliens from the movies, games and graphic novels. They are the "regular troopers" who stood out from their hive members. The badassery is ranked by their individual intelligence, their amount of kills, the toughness of their foes and the possibility of their survival in the end. 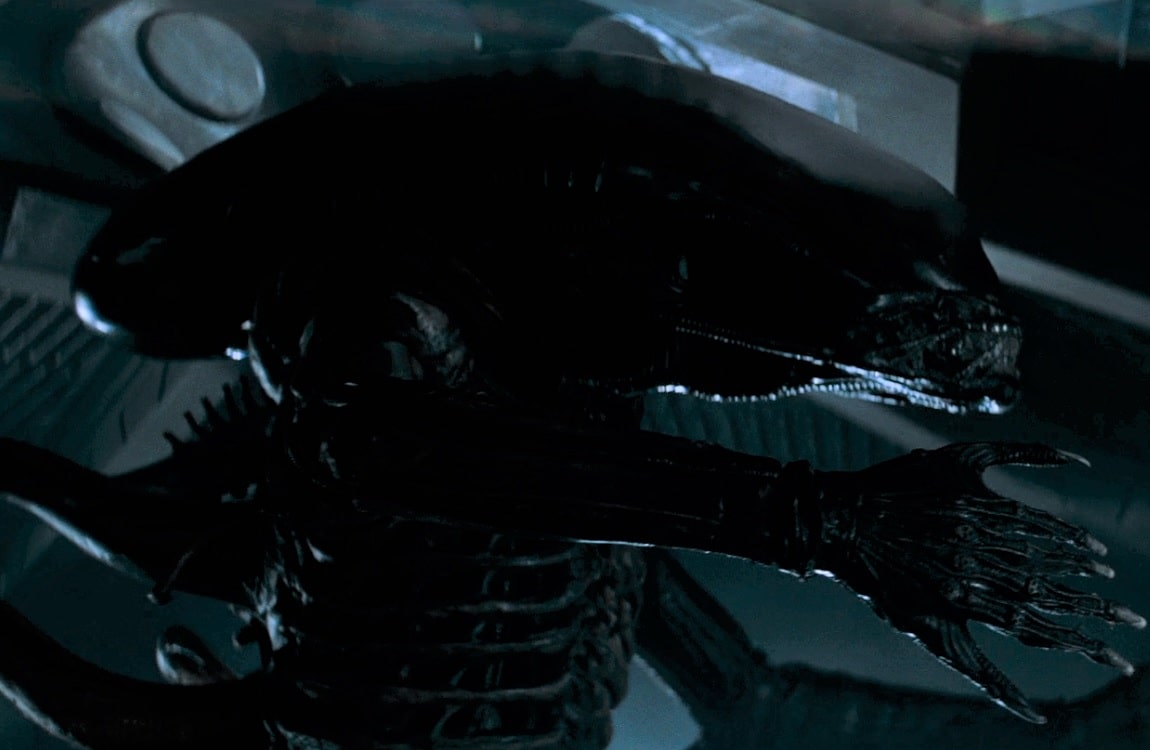 The Alien, nicknamed "Kane's son" by Ash, was a lone Xenomorph warrior that was born on board the USCSS Nostromo from Executive Officer Gilbert Kane in 2122. It originated from an Alien egg on the derelict ship on LV-426. The Alien was responsible for wiping out all but one of the Nostromo's crew in just a few hours. It was eventually killed by Ellen Ripley, who ejected the creature into space. Although it did not have that many kills, it was one of the first well-documented cases of an Alien encounter. Also, the Alien was badass in taking his time with his enemies. 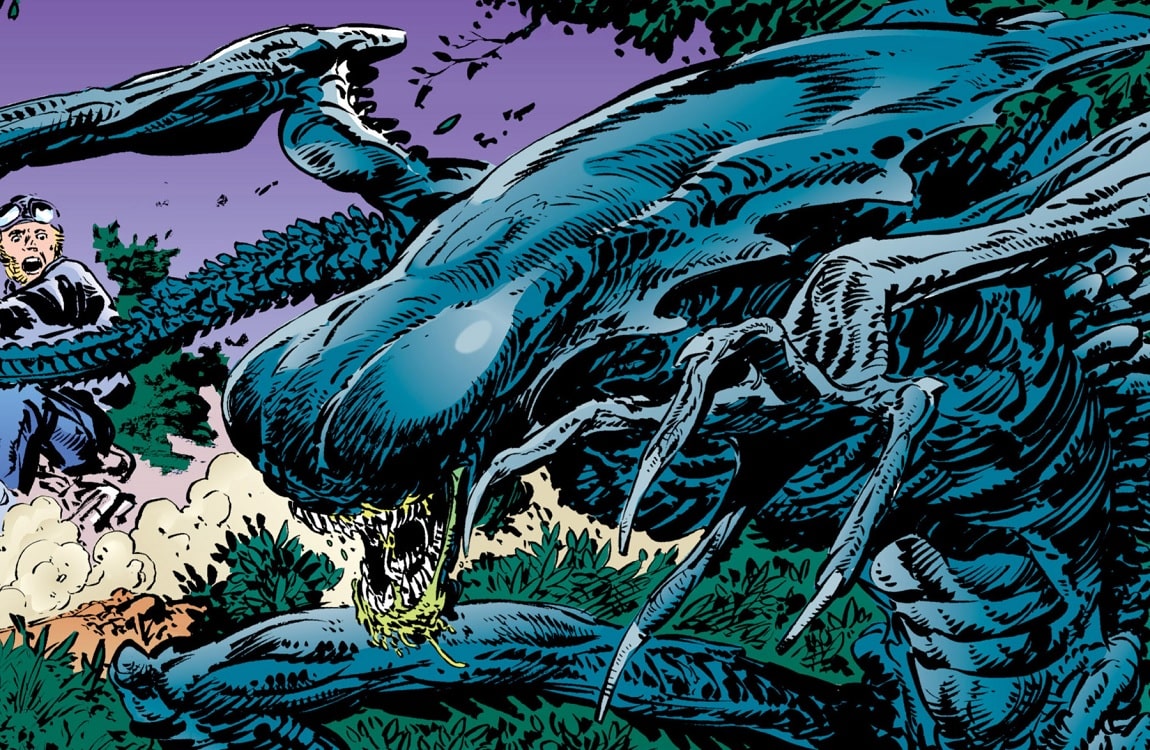 The Earth Angel Alien was a special type of Xenormoph who was birthed from another intelligent space-faring alien. It was let loose on Earth in the 1950ties and managed to spread the infestation to a small American town. It had elongated limbs and insectoid eye-sockets and manages to kill several town members. The Alien was finally stopped by a gang of bikers and a distant ancestor of Ellen Ripley. It gets extra points for being on Earth long before any of the movies happen. The Earth Angel Alien was included in the Aliens: Earth Angel comic released in 1994, which was later re-released in Aliens Omnibus: Volume Five. 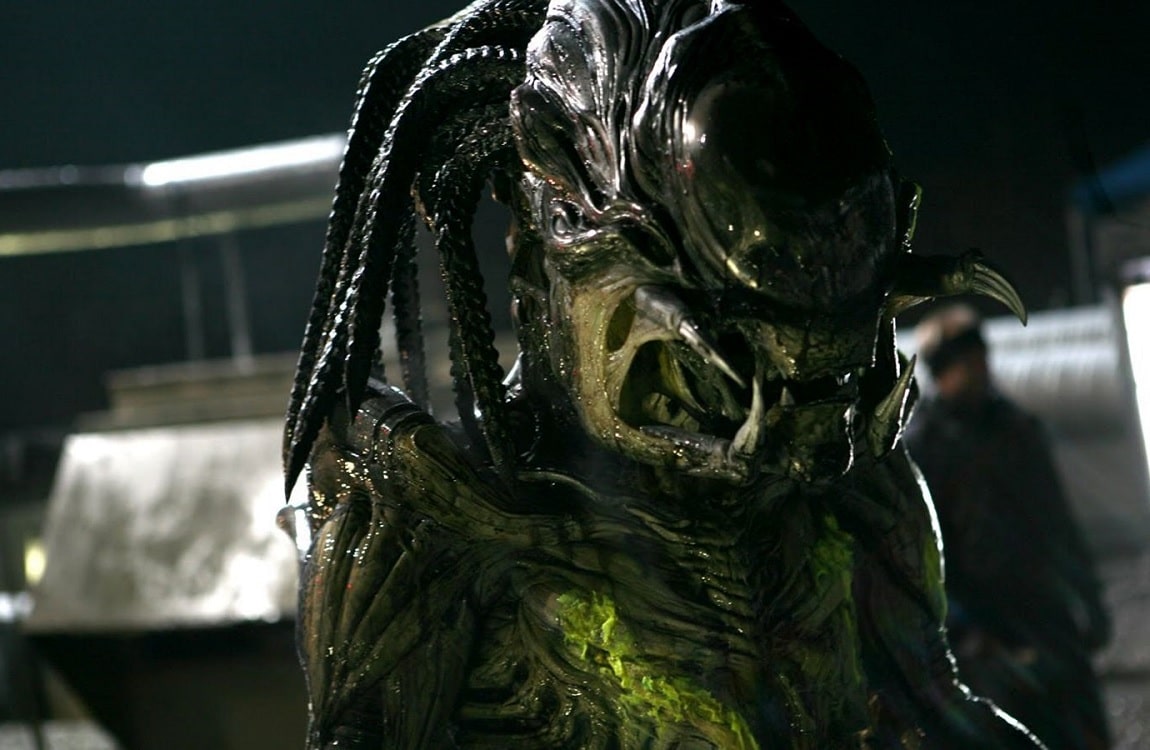 The Predalien was a vicious Alien birthed from a Predator onboard a Predator ship. It was actually the first and only Predalien seen in the movies and it is actually featured in both of them. Killing 2 Predators on the spaceship and finally fighting the Wolf Predator to a stalemate in the end of the movie gives it extra points for badassery. It also killed several humans and infected some pregnant ladies with Aliens (no badassery in that). It died in the nuclear explosion when a nuke was dropped on the Gunnison town. This individual Predalien was included in the Aliens vs. Predator: Requiem movie, released in 2007. If you cannot see anything in the picture, it is because this is the darkest movie ever made. 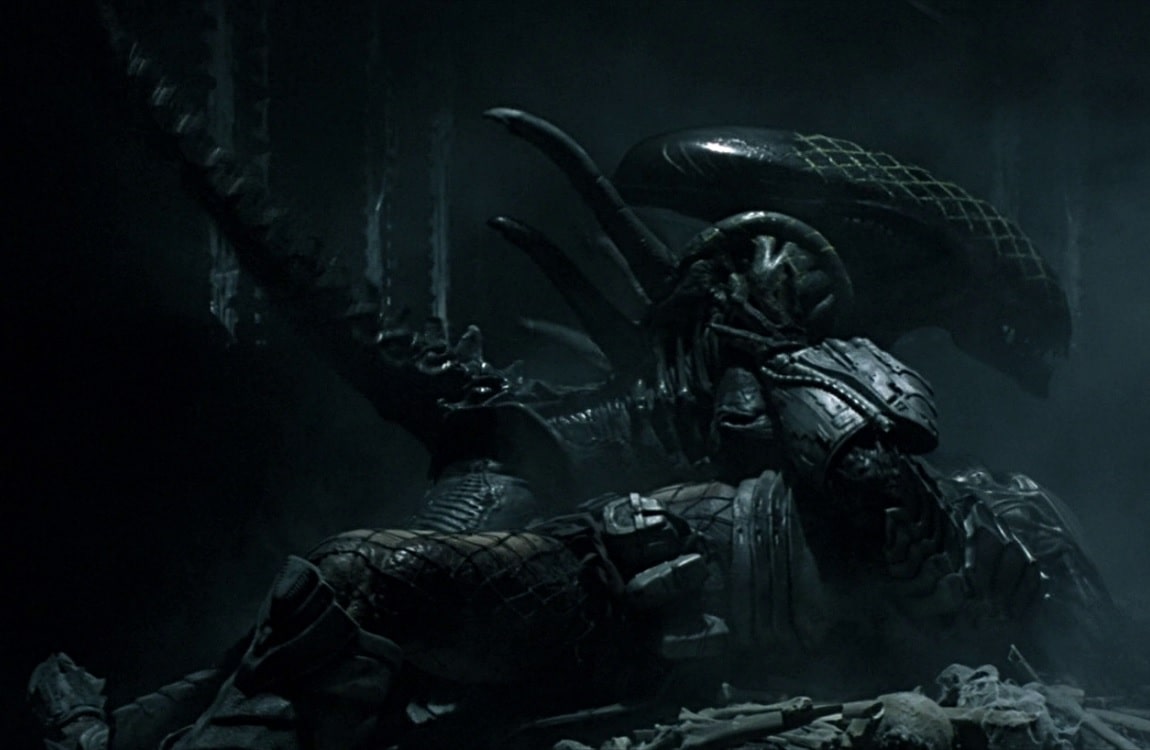 The Grid Alien started out as a regular Alien who birthed from one of the exploration crew from Weyland's mission to the Antartica Pyramid. It killed the first Predator in a sneak attack with his tail and fought and killed another one in a long fight. It was scarred with the Predator netgun which gave it the nickname "Grid Alien". It did not directly kill any humans but killing 2 Predators is not an easy feat. There is actually a hinted deleted scene of it surviving the temple explosion and getting to the surface. The final fate of the Grid Alien is unknown. It was included in the Alien vs. Predator movie released in 2004. 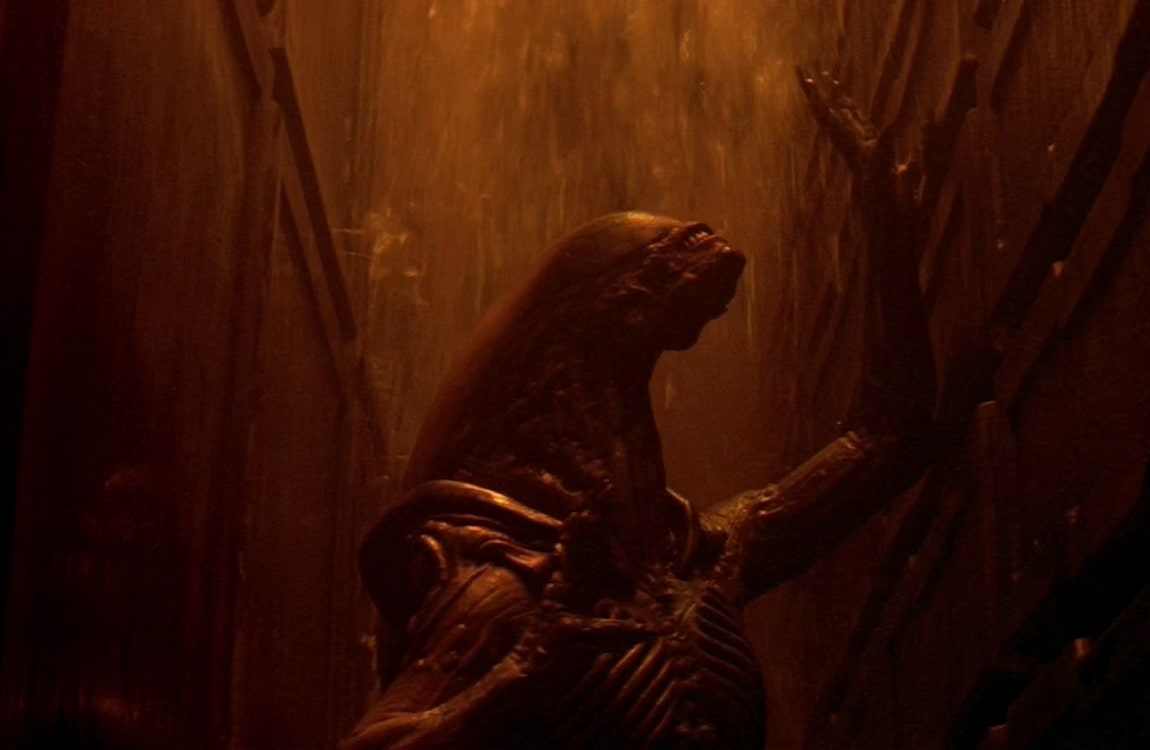 The Dragon aka. the Runner Alien was a new type of Xenomorph birthed from an animal (a rottweiler dog or an ox, depending on which version of Alien 3 you watch). It was responsible for singlehandedly wiping out the 21 prisoners and the superintendent on Fury 161 (only prisoner Morse survived). It also had the upper hand on Ripley but chose to leave her alive because she was carrying the Queen embryo. Even molten lead could not stop it, but it was finally killed by pouring cold water on his lead-hot body. 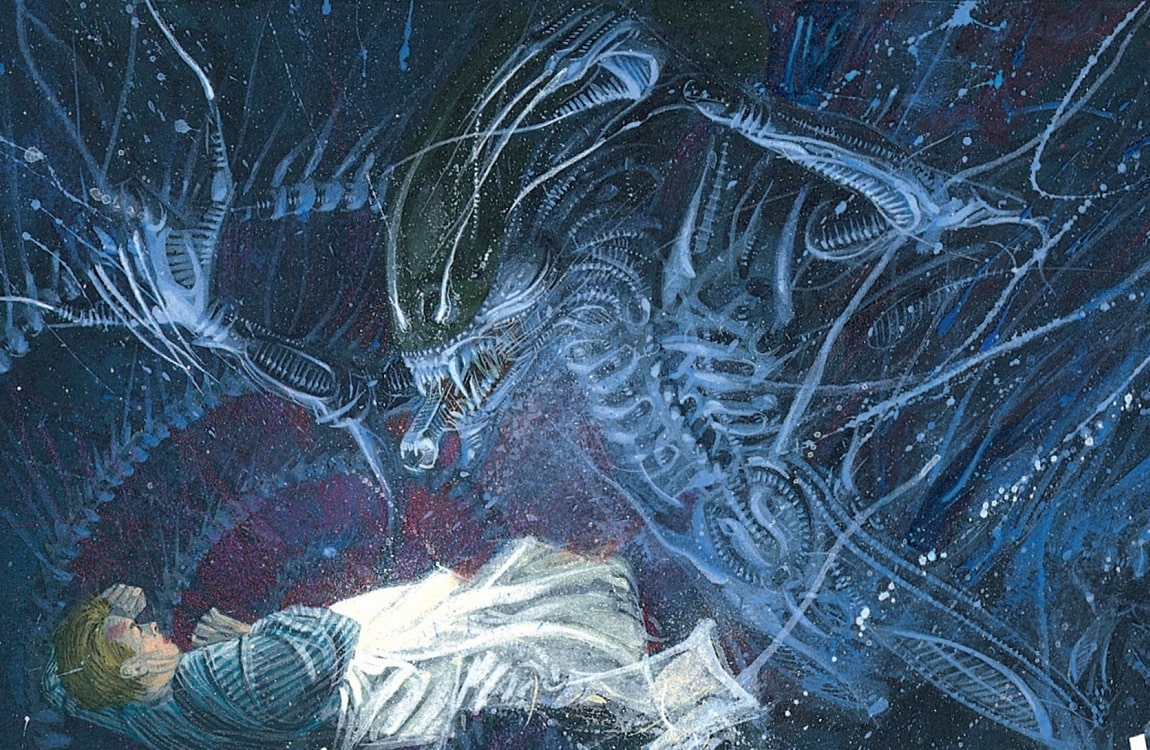 The Alien nicknamed "The Devil" was a lone Alien who massacred a crew of a cargo ship. The ship crashed on a jungle planet and the Alien started to terrorize and kill the inhabitant of a colony over nine months. During that time, it had reached legendary status and the inhabitants started to make live sacrifices for it. It was finally killed by Ann McKay, a stranded survivor who is blinded for life during the fight with the Alien. Heavily influenced by Alien 3, this story is from Aliens: Sacrifice, which is included in the Aliens Omnibus: Volume Three. 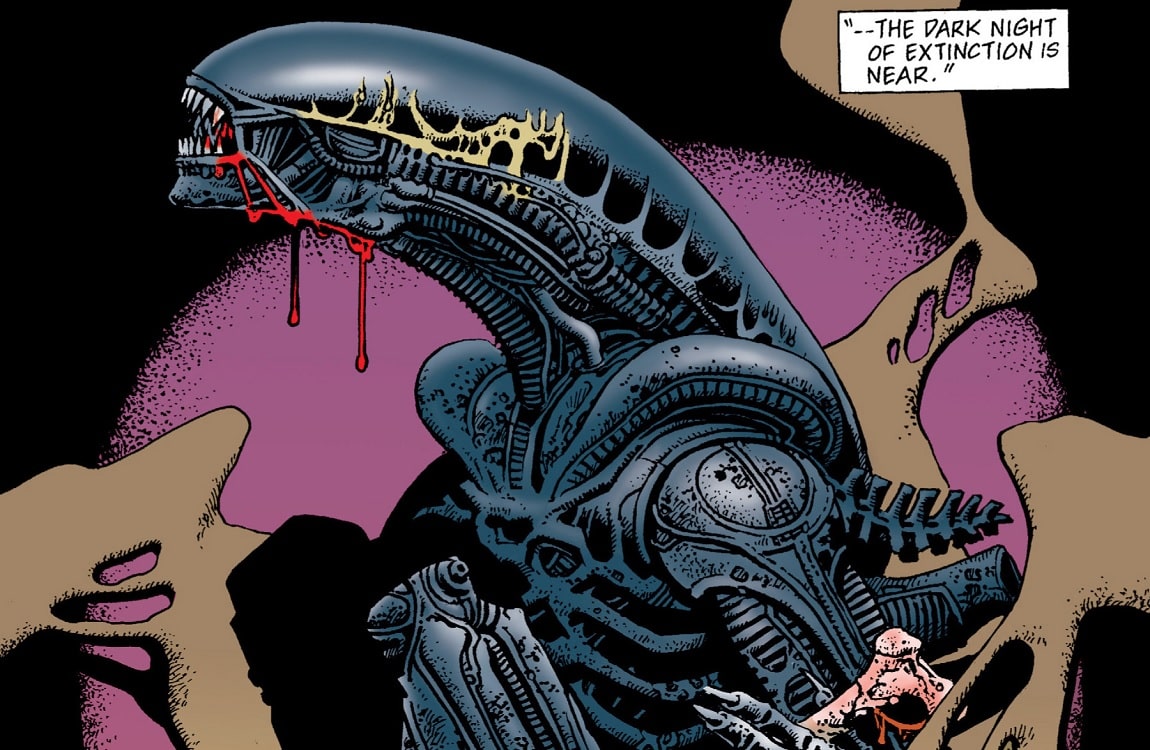 The Dark One was an Alien who terrorized people from the town of Emerson who originated from a crashed spaceship USS Emerson. It killed more than 20 people during a week and reached legendary status among the highly religious population of the town. It survived several attacks until finally being killed by Sergeant Rachel using a Pulse Rifle. The Dark One was included in the Aliens: Alchemy comic released in 1997, which was later released in Aliens Omnibus: Volume Five. 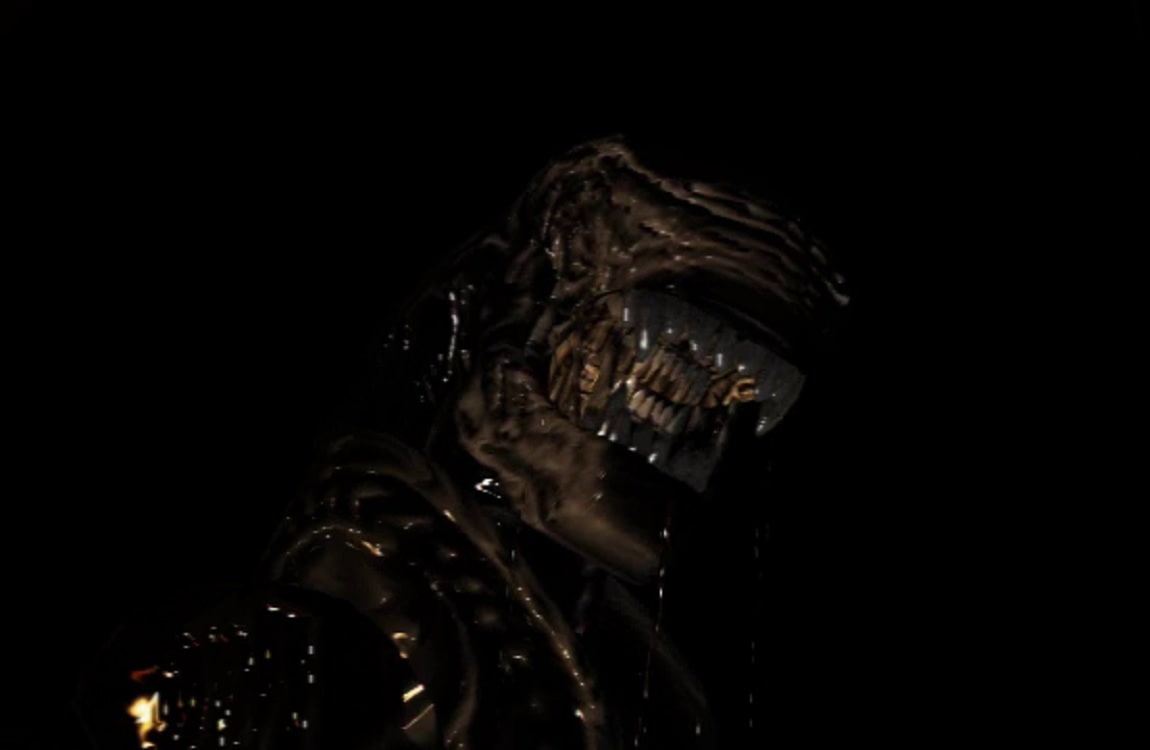 The Earthbound Alien was an Alien originating from an ancient Alien Temple. It was one of the fastest Aliens ever, reaching ridiculous speeds when running and jumping. After waking from hibernation (and possibly being centuries old) it went on a killing spree taking it through the freighter USS Ferarco and the Gateway station. During his quest, it killed 2 Predators and dozens of colonial marines. The Alien also liberated a captive hive. It is one of the few Aliens who reaches Earth, taking an escape capsule from the Gateway station. Its final fate is unknown. The Earthbound Alien was featured as a playable character in the Aliens vs. Predator video game, released in 1999. 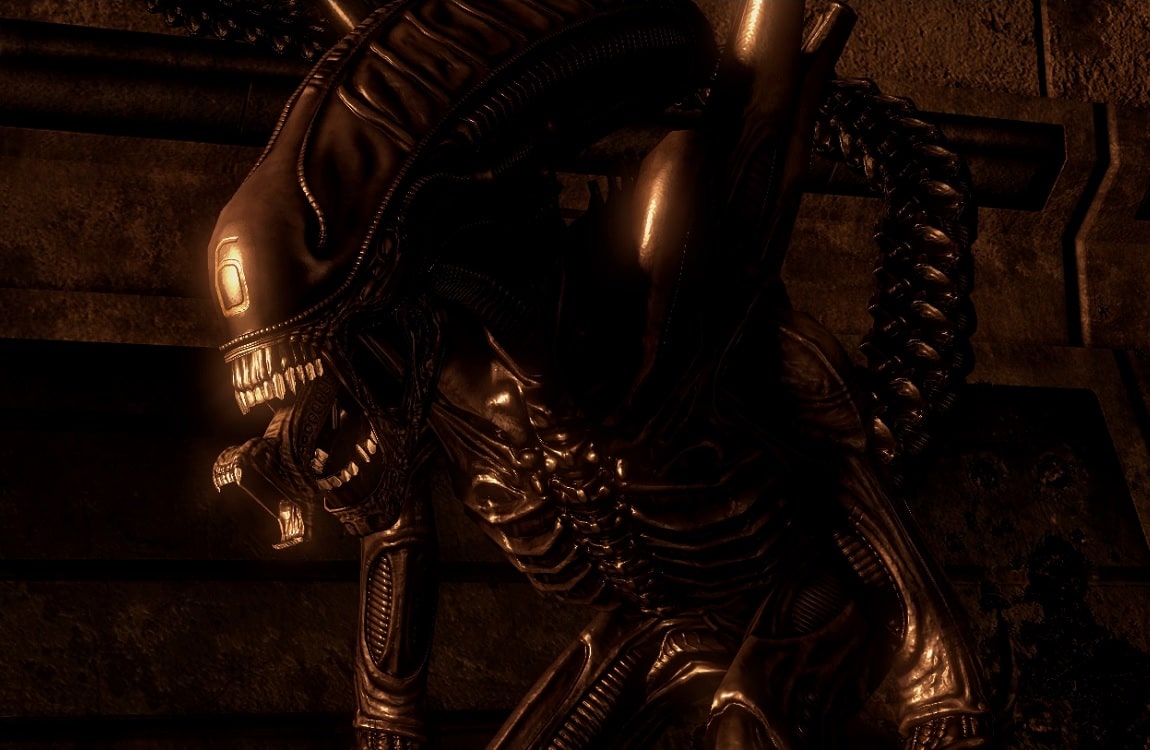 Specimen 6 was a Xenomorph birthed from a regular human test subject on the planet BG-386. It had a number 6 embedded on his forehead to make it distinct from the others. From its birth, it showed cleverness by being able to escape his captors. The Xenomorph played a big part in freeing his fellow Aliens and causing the infestation on the planet. After killing dozens of marines and members of the research team, it finally defeated an Elite Predator warrior. In the end, it morphed into a Queen (possibly with the help of royal jelly) and started a new hive. Specimen 6 was a playable character in the 2010 Aliens vs. Predator video game. 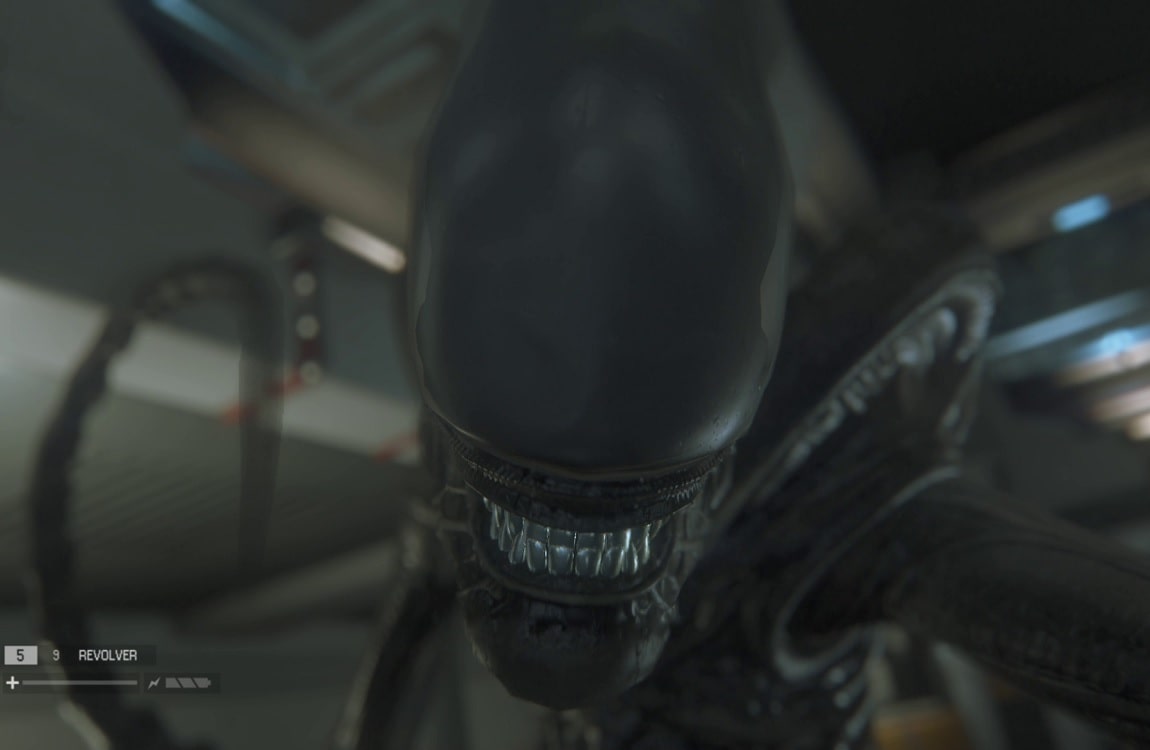 Birthed from a crewmember of the Anesidora from the second mission to LV-426, this singular Alien caused the downfall of the Sevastopol Station and wiped out the entire population of close to 500 people. Although the Alien later had help from other Aliens and facehuggers, it was working mostly alone. It got his nickname from the heavy stomping sound its walking caused. Its final fate is unknown, but the final scene from Alien: Isolation hints that it survived and came close to killing Amanda Ripley (again). The Alien was entirely unstoppable and able to shrug off the damage from flamethrowers and shotguns. Stompy was the main antagonist in the Alien: Isolation video game released in 2014.