Aliens Versus Predator Versus The Terminator 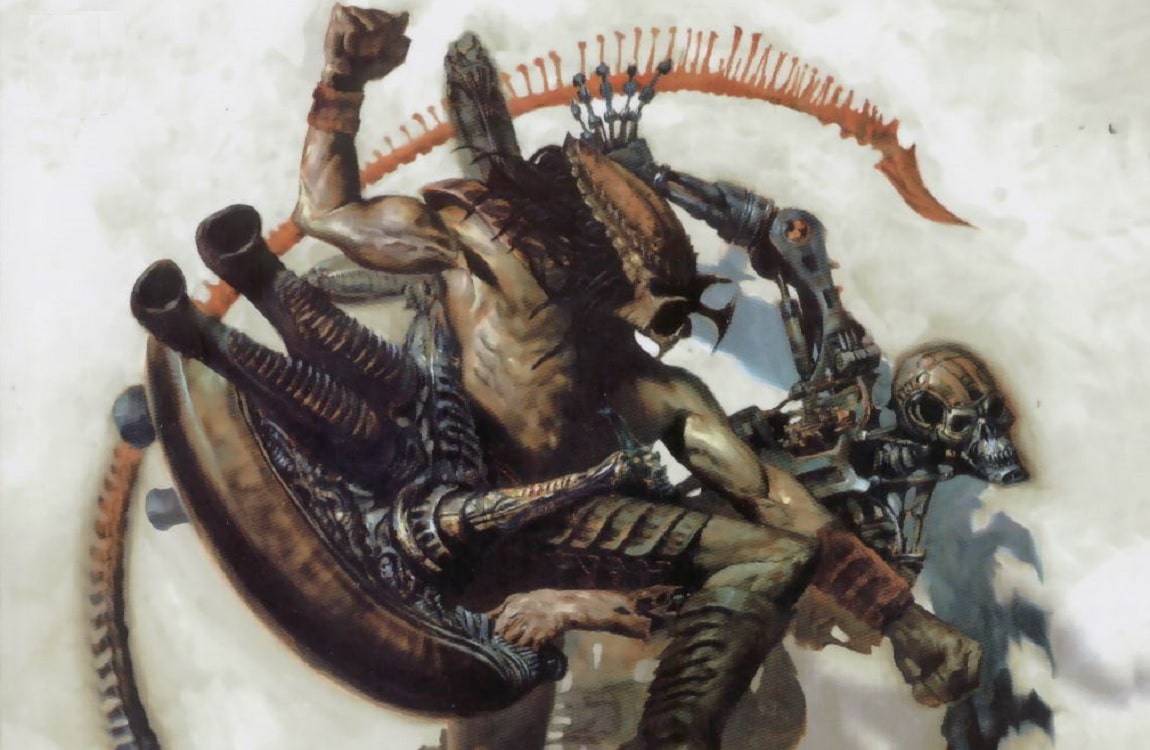 The first time that Predators and Terminators faced off was in the epic four-part Aliens versus Predator versus The Terminator crossover comic series. Although the covers depict a regular T-800 fighting Predators and Xenomorphs, the actual comic features more futuristic Terminators. In the story, Skynet went into hiding and was awakened centuries later during the timeline of Alien: Resurrection. Skynet's new plan was to create a line of deadlier Terminators by splicing them with Xenomorph DNA. Ripley 8 and Annalee Call became involved with the Predators and an all-out war erupts between the 4 different parties. 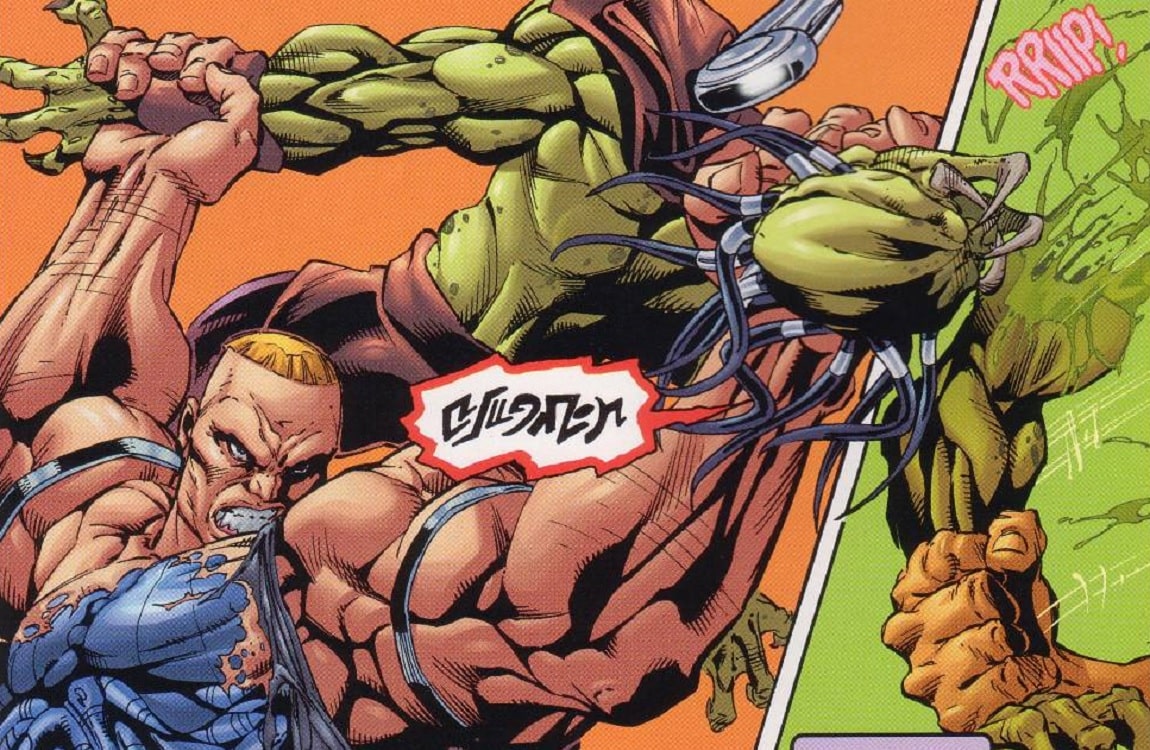 The Aliens versus Predator versus The Terminator comic does somewhat answer the question of who would win a one-on-one fight between the Terminator and a Predator. In the second issue of the series, a genetically modified Terminator (spliced with Xenomorph DNA) created by Dr. Trollenberg squared off against a regular Yautja. The Hunter managed to use his range advantage by shooting a plasma bolt into the cyborg's chest, damaging the skin and some of the endoskeleton. He did further superficial damage with the wristblades. However, once the Terminator grabbed hold of the Yautja, the fight was essentially over. He pulled off the hunter's arm, smashed in his face, and the Yautja was blown out of a hole created in the space station, leaving the Terminator victorious.

Predator vs. Terminator In Fortnite 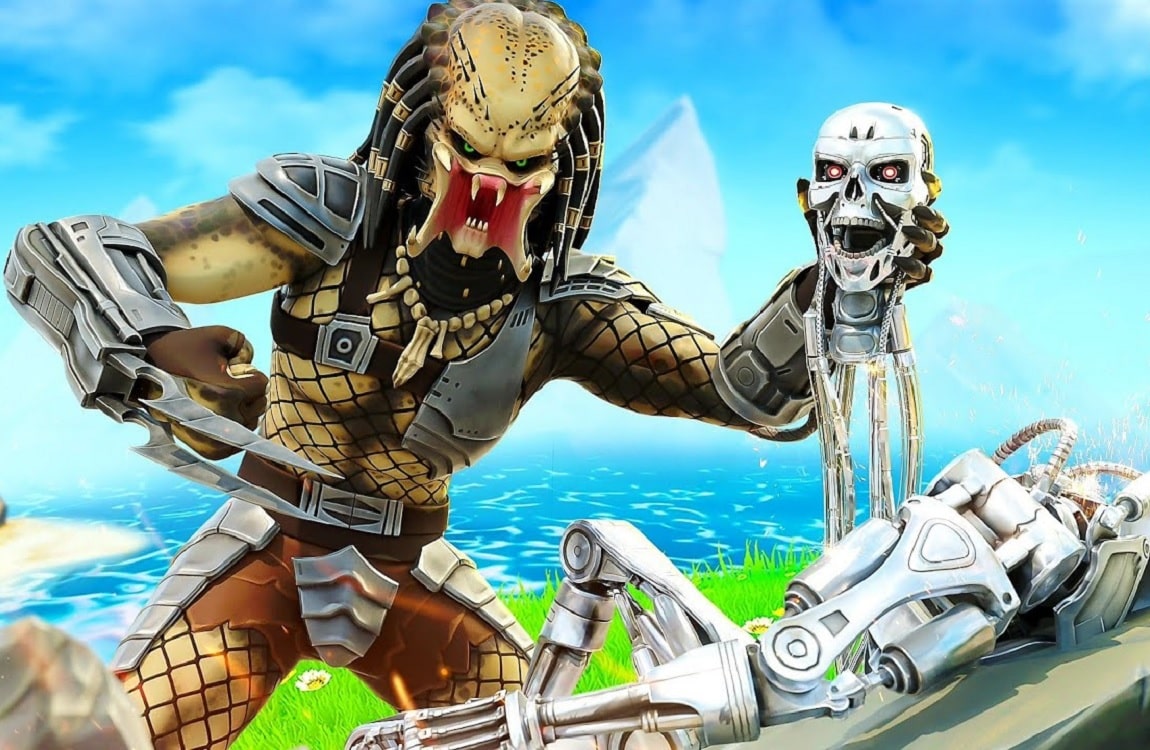 Fortnite is famous to introduce popular franchise characters into its season-based gameplay. It was no surprise when the Alien, Predator, and Ellen Ripley made an appearance at the start of 2021. The Predator came with its own Jungle Hunter quests that involved finding his ship and other collectibles. Unfortunately, the quests were removed at the end of the season. Later on, the T-800 Terminator and Sarah Connor were brought to the game as well. This allowed for the unique opportunity of Predator players to fight Terminators. The result of these encounters depended on the skill levels of the players and the final result could go either way. 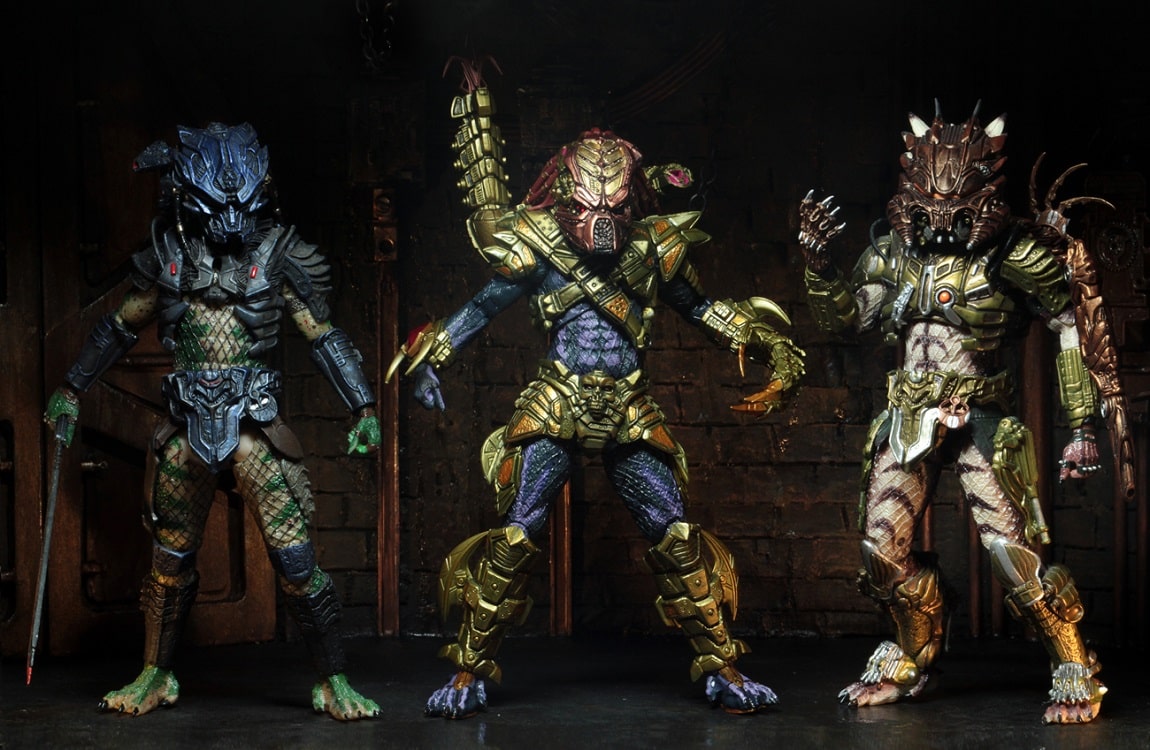 The Rogue Space Tribe was a trio of figures released by NECA with an interesting backstory and a connection to the Terminator series. They were crazed mercenaries exiled from Predator Prime, destined to explore the far reaches of space, taking odd bounty hunting jobs and experimenting with weird technologies. A lesser-known fact is that two of them had Terminator trophies attached to their bodies. Lasershot had golden a terminator skull faceplate embedded into his armor on the crotch. Spiked Tail had two T-800 fingers on his breastplate, and a shin piece attached to the knotted end of his extraordinary long dreadlocks. A nice easter egg that seems to indicate that the tribe successfully hunted Terminators. 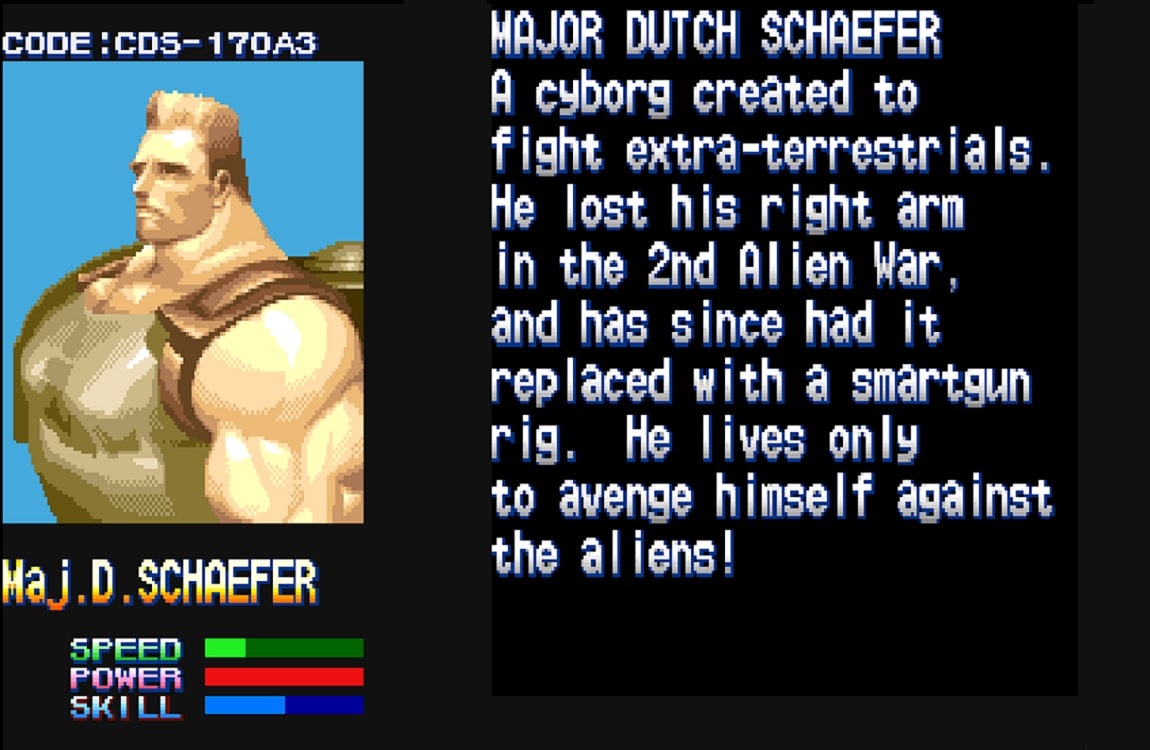 The main connecting element between Predators and Terminators besides James Cameron and Stan Winston is of course, Arnold Schwarzenegger. If one were to argue that the Predators and Terminators share the same universe, then Dutch Schaefer could be the basis for the T-800 models that were created later in the timeline. In the AvP Arcade game which takes place somewhere in the not-too-distant future, Major Schaeffer appears with a robotic arm and is designated with a code CDS-170A3. CDS could possibly mean Cyberdyne Systems. The cyborg Schaefer joins up with Predators, battles Xenomorphs, and clears the Aliens infestation from San Drad, California.

Common Enemies of Terminators And Predators 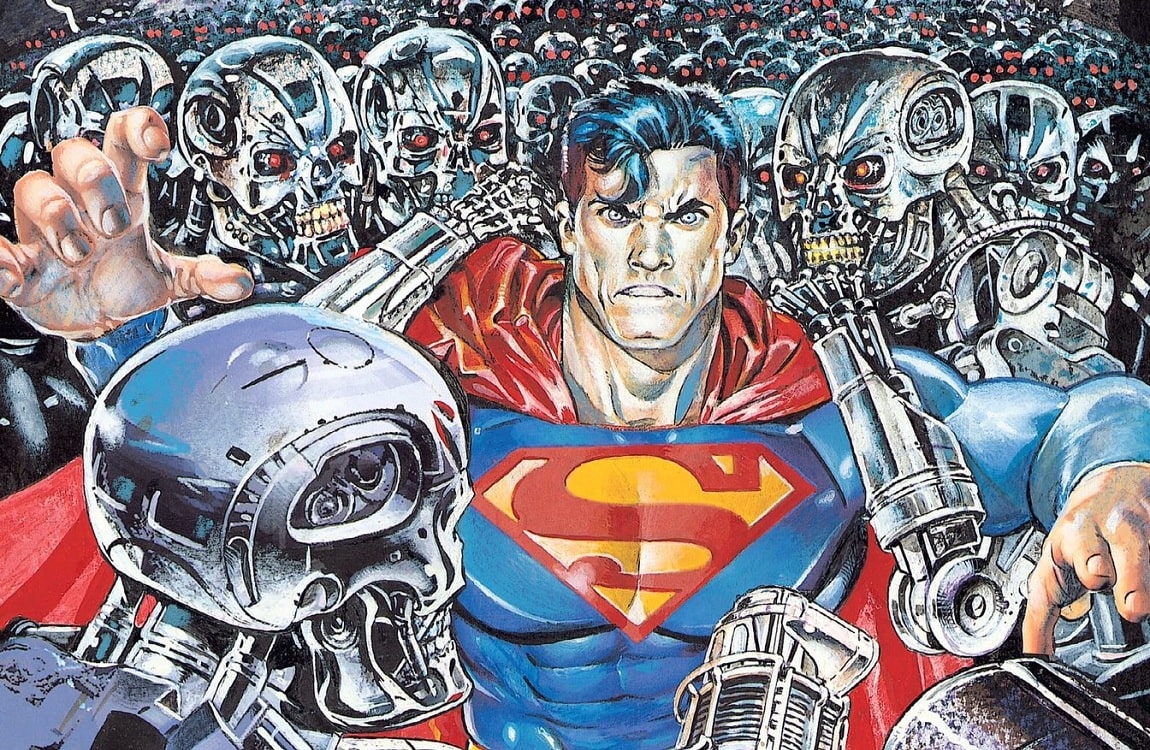 Although the Predators and Terminators have only met each other in one comic series, they do share multiple enemies that both have encountered in crossover events. Besides Xenomorphs, Superman is perhaps the strongest adversary of both villains. Predator faced him multiple times in different comics (even together with Batman) and the Man Of Steel won at the end of these encounters. Terminators fought him in Superman vs. The Terminator: Death to the Future where Superman traveled to the year 2032 and even encountered a Cyborg Superman. Superman managed to use an EMP in the future to wipe out Skynet and destroyed the few Terminators left in the present. 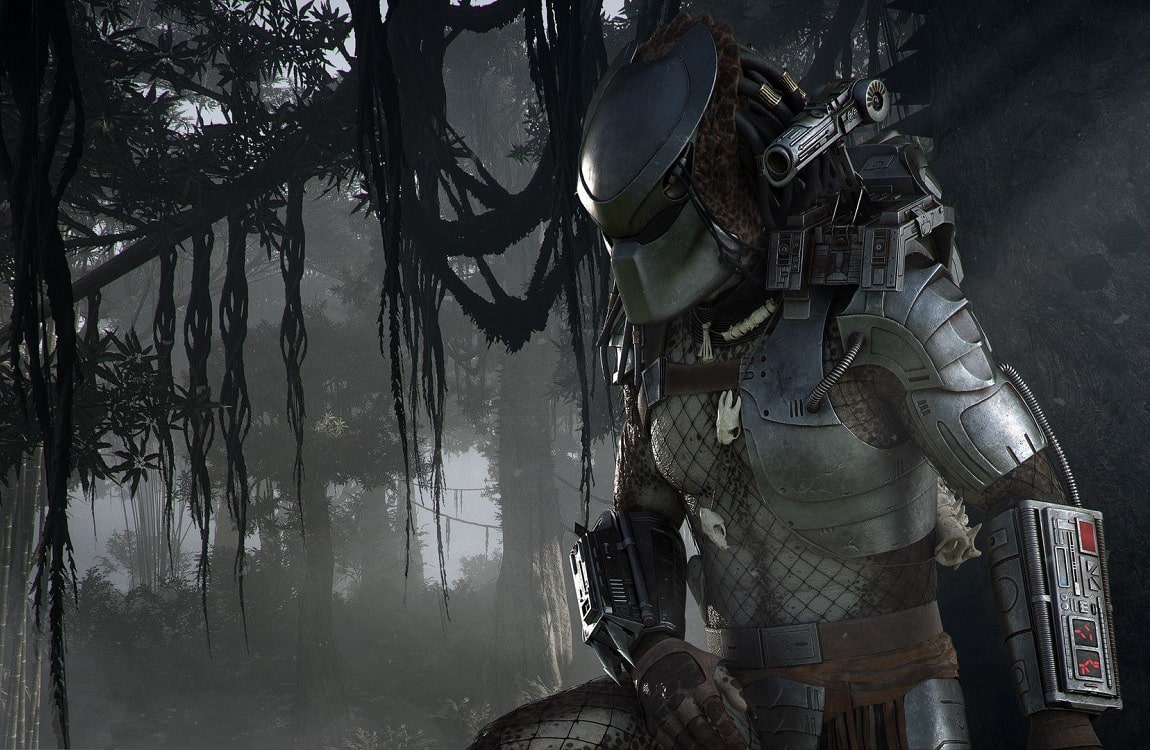 In addition to comics, Predators and Terminators faced the common threat of the Ghost Recon team in the Tom Clancy's video game series. First of all, Ghost Recon hunted the Predator in the bonus mission titled The Jungle Moved in Tom Clancy's Ghost Recon Wildlands. Unfortunately with the turbulence with the Predator license, the mission was later removed. The Terminators showed up in a bonus mission to the game's sequel Tom Clancy's Ghost Recon Breakpoint. This coincided with the release of the Terminator: Dark Fate movie. In retrospect, the Jungle Moved mission was much better and great use of the Predator while Breakpoint (even with Terminators) was a lackluster game overall. The Predator also showed up in Mortal Kombat XL, while Terminator was in the next game Mortal Kombat 11. Unfortunately, the two could never fight each other but could face much of the same roster of enemies.

Terminator vs. Predator in Fan Art 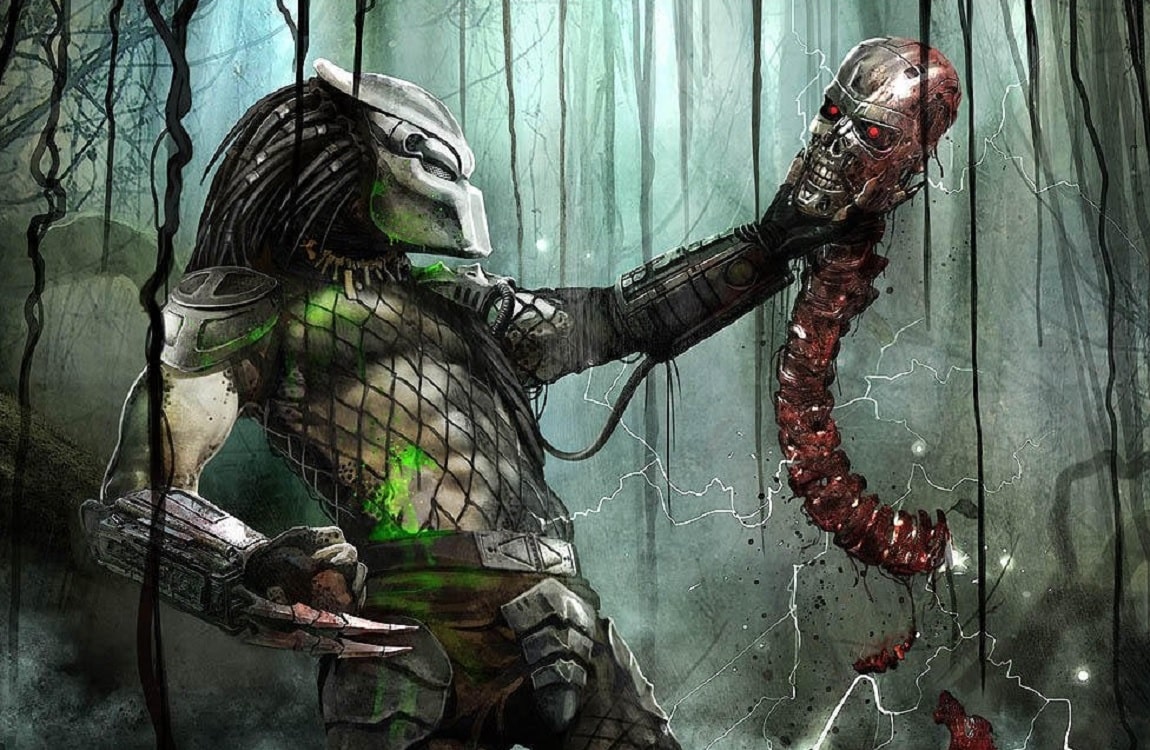 Terminators fighting Predators is a popular topic among fan art, which is often seen in ArtStation, DeviantArt, and Pinterest. Often, one side is depicted as the victor, with either the Predator taking a trophy of the Terminator, or a T-800 terminating a Yautja. In a few cases, the Predators and Terminators have even joined forces against the Xenomorphs. Seen above is an image from artist Ornicar titled "Surprising Dutch!", which might indicate that Dutch turned out to be a T-800 Terminator instead and lost the fight with the Jungle Hunter.