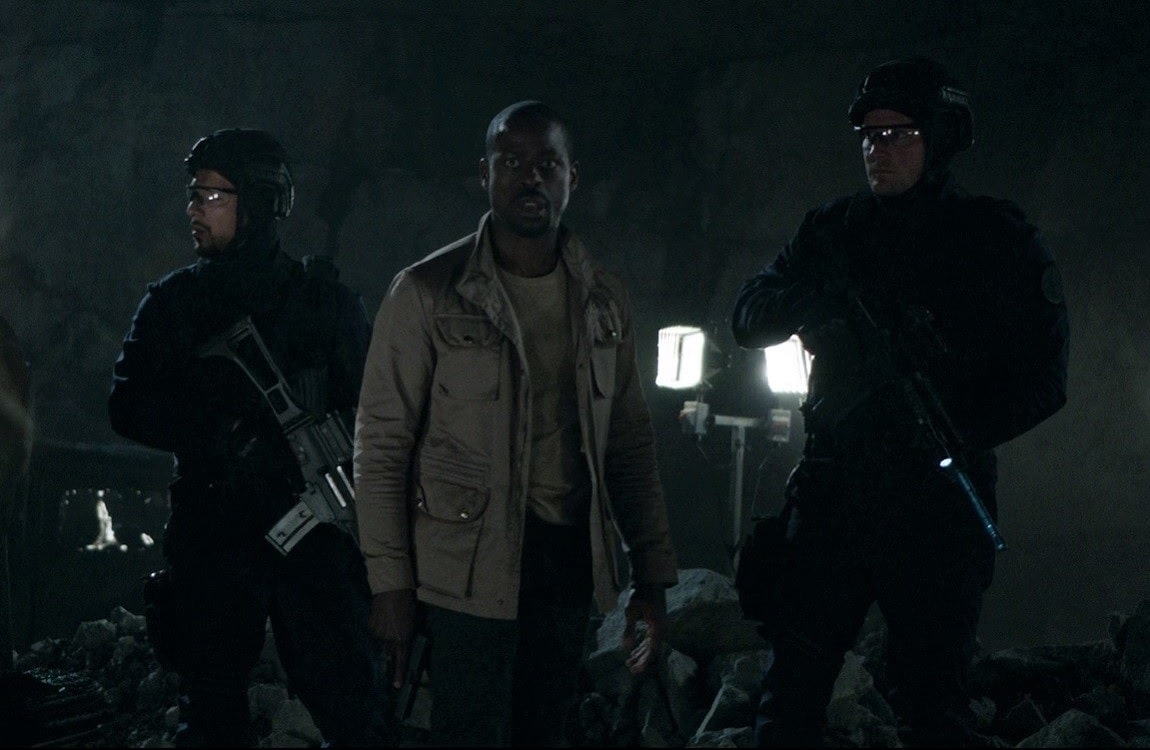 The Stargazer program was a top-secret US government program with ties to the CIA and an extension of the OWLF. The program was headed by General Douglas Woodhurst, who we never see in the movie as his part was cut out during the big reshoots of The Predator. The field team was headed by Will Traeger, a charismatic but incompetent man who shot his own head off with a shoulder cannon. Also part of Stargazer was Shawn Keyes, a scientist and son of the late Peter Keyes (head of OWLF). Stargazer perhaps achieved a bit more than OWLF, as they successfully captured 2 Predators but both of them escaped soon after. They were also in possession of some Predator tech, that was later reclaimed by the Fugitive Predator. However, it seemed their budget and personnel size were much bigger than for OWLF. 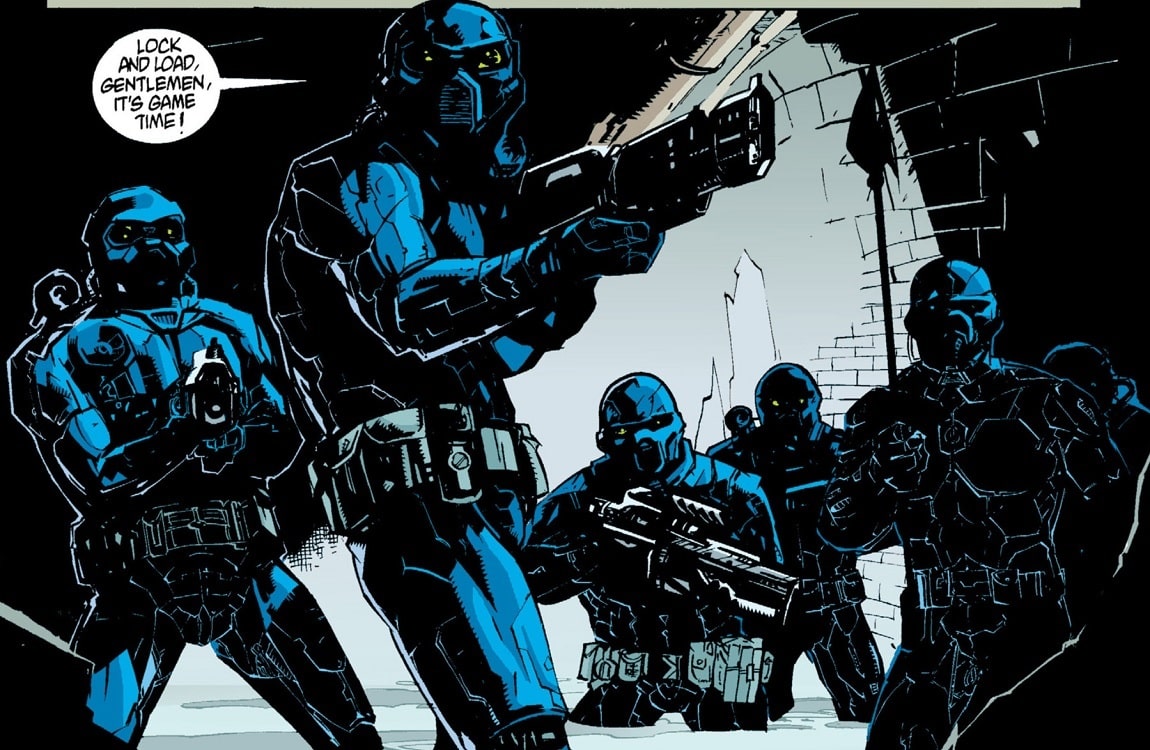 The techno-baron Gideon Suhn Lee was a billionaire living in 21st Century Tokyo in the near future. He employed a team of mercenaries set out to capture a Predator, dead or alive. His goal was somewhat unique - extract the heart of the Predator and eat it, to prolong his life. In fact, he was already 700 years old and sought to be immortal, somewhat similar to Peter Weyland from Prometheus. The mercenaries did employ some advanced weapons and armor but were all killed by the Predators and Xenomorphs in the sewers of Tokyo. Gideon joined the team on its last hunt and his own head was taken as a trophy by a Predator. These events occurred in Aliens vs. Predator: Eternal. 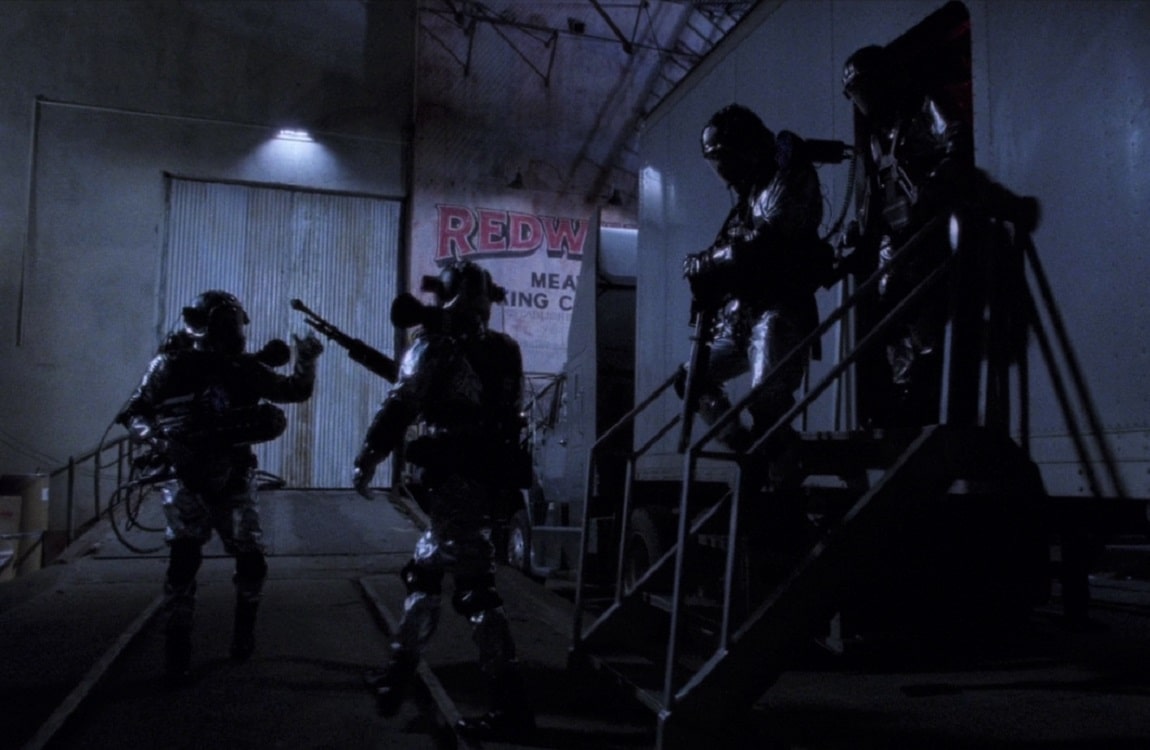 Perhaps the most well-known Predator hunter team was the OWLF (Other Wordly Life Forms Program) task force that operated in Los Angeles during the events of Predator 2. They were a secret division of CIA and had been tracking the Yautja for about 10 years, including Guatemala and Cambodia. The OWLF-s cover story was that they were an elite DEA task force. The head of the team was Peter Keyes, who was killed trying to take down the City Hunter in a slaughterhouse. The second in command was Garber, who survived the movie but later died in a short story called Drug War in Predator: If It Bleeds anthology book. OWLF wasn't very successful as they never captured or killed a Predator. 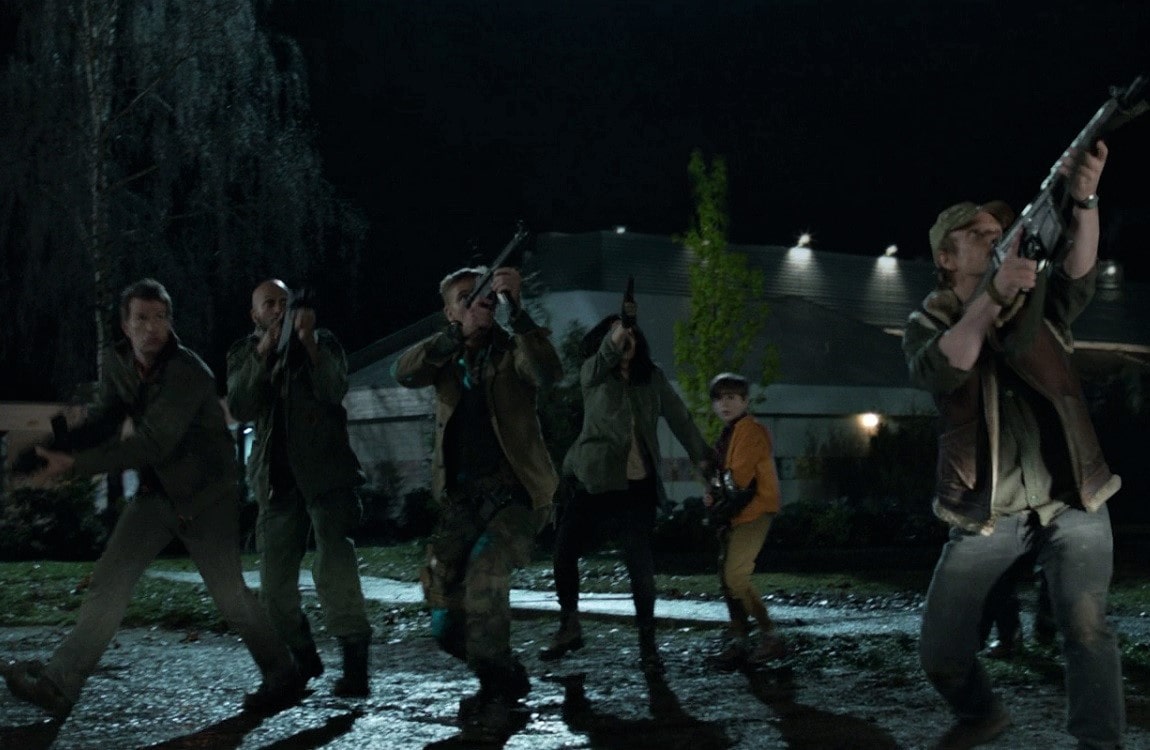 The Loonies were perhaps the most unique Predator hunting team, consisting of ex-military personnel suffering from PTSD or other kinds of mental illness. They were coincidentally assembled in a school bus near a project Stargazer facility during the Fugitive Predator's escape. Quinn McKenna took command of the group and used them to save his son. Together, they had several run-ins with Stargazer men, both the Fugitive and Assassin Predator and even Yautja dogs. They seemed to work together well as a team, but started encountering heavy losses in the forest when hunting the Assassin Predator. Only Quinn McKenna survived and probably put together a new team at the end of the movie with his new Predator Killer suit. 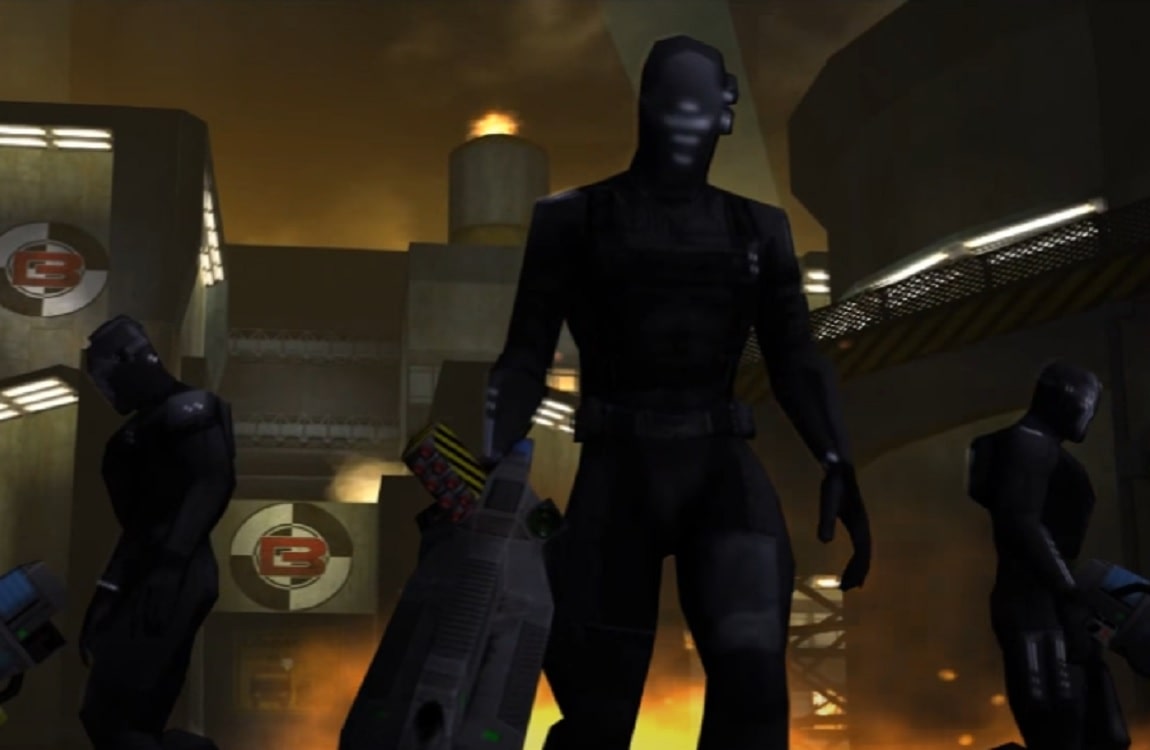 The Monster Squad was a cybernetically enhanced group of super-soldiers created by the Borgia Industries in the Predator: Concrete Jungle video game. Initially, a squad of four cyborgs was tasked with hunting down the Scarface Predator. It didn't end well for them as Scarface took their heads as trophies. Later on, Borgia sends a group of hundred super soldiers to capture Scarface. The Predator killed as many as he could, but was captured. As it is with almost all captured Predators, Scarface escaped and rescued other Yautja held in the labs. The Monster Squad consisted of the Alpha, Beta, Gamma and Delta squads, varying in weaponry and tactics. 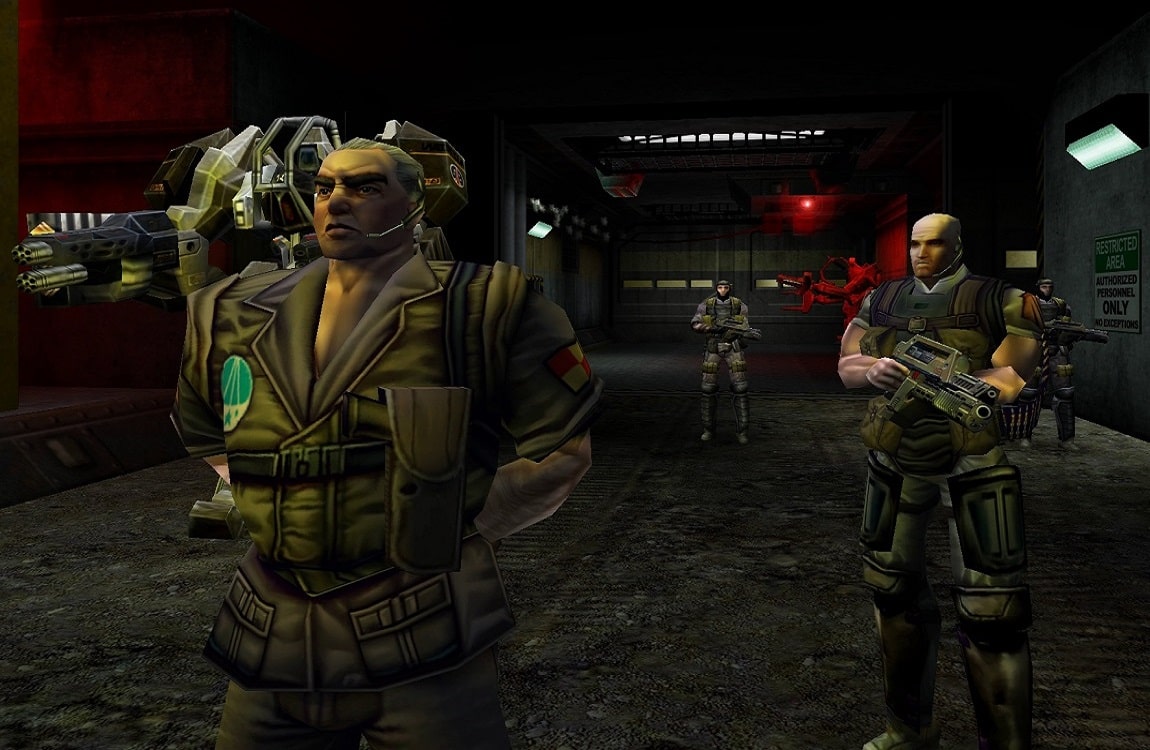 The Iron Bears from Aliens vs. Predator 2 were a merchant military unit that was employed by Weyland-Yutani on LV-1201 and operated under the watchful eye of Dr. Eisenberg. The leader of the unit was General Vassili Rykov, a former Colonial Marine who had previously fought Predators 19 years ago on another planet. The team was actually successful in capturing the Prince Predator, but he escaped soon after. Weyland-Yutani combat androids fought alongside the Iron Bears and provided additional firepower. The Iron Bears had most of their members killed on LV-1201, with the mercenary named Dunya being a notable exception. 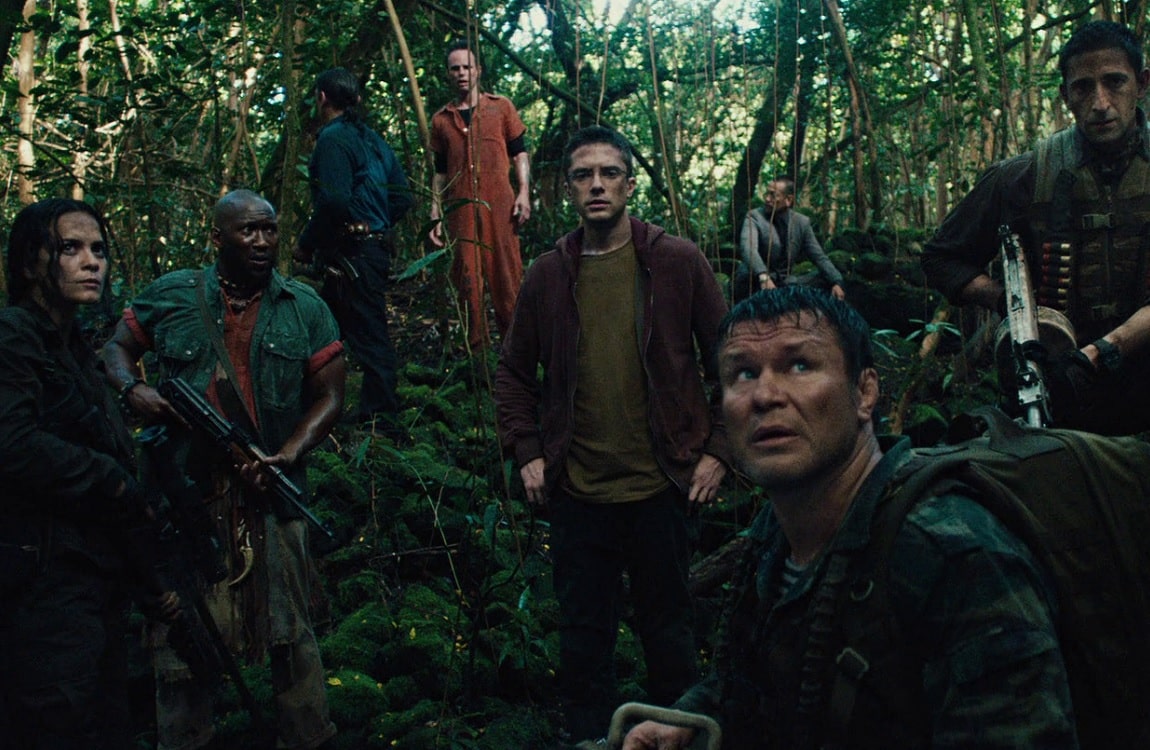 The Game Preserve Outcasts were a group of soldiers and killers kidnapped by the Yautja and sent to the Game Preserve Planet to be hunted in the Predators movie. However, the group proved to be a formidable force and actually turned the tables on the Super Predators hunting them. Altogether, the group was responsible for the deaths of 3 Super Predators, a group of their Predators Dogs and the Captive Predator as well. What is more, unlike several other groups in the list with none or only 1 surviving member, this group had 2 - Royce and Isabelle. After the movie, they would fight even more Predators (including a 4 armed one) in the Predators: Preserve the Game comic book. 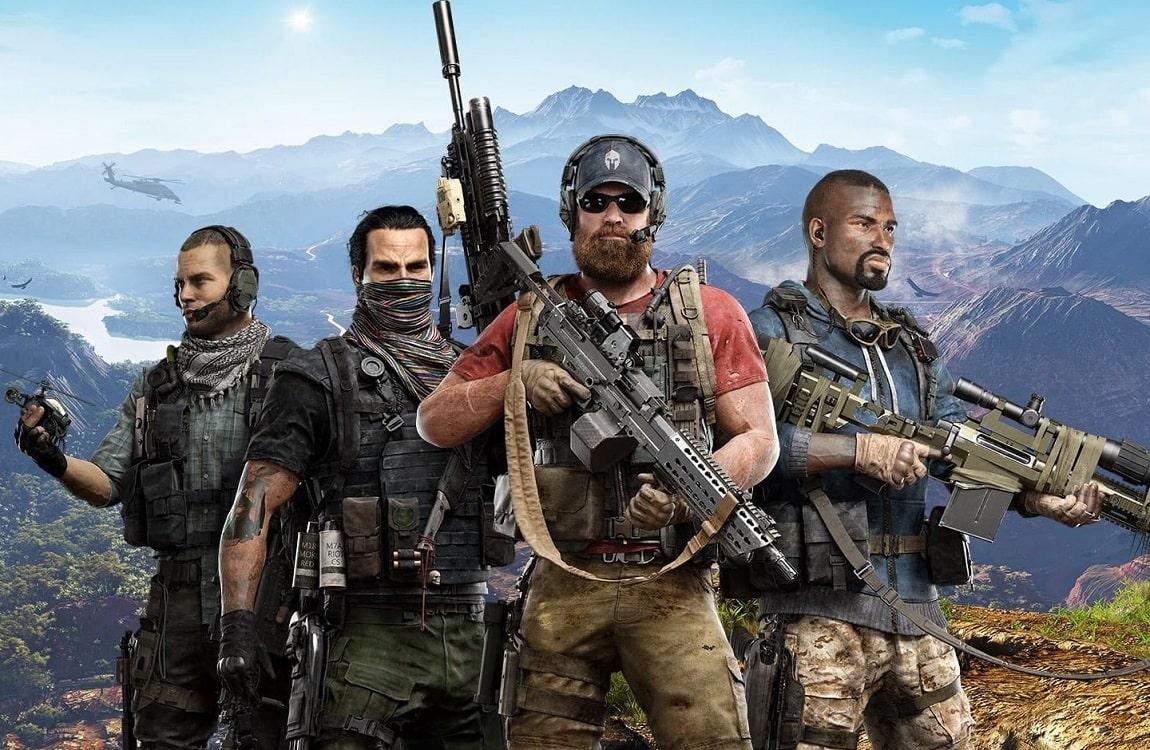 The Reapers were a military task force that stood between OWLF and Project Stargazer in the Predator timeline. They were a small team of 6 soldiers with the goal of capturing a live Yautja before Stargazer received full funding. They did actually capture that Yautja successfully while losing 2 members of their team. The Yautja escaped, but it wasn't the team's fault. Later, the 4 surviving members hunted the Yautja down while ignoring orders from Stargazer. The climatic and memorable fight took place in a Florida ferry ground during a tornado. The Yautja was killed and 2 members of the team survived, although they were gravely wounded. The Reapers appeared in The Predator: Hunter and Hunted prequel book to The Predator, an underrated book that is better than the movie. There is no visual representation of the Reapers, as they only appeared in a book. However, in Ghost Recon: Wildlands, a similar CIA team hunted down a Yautja and killed him in the South American Jungles in a special DLC mission. The above image is from that game. 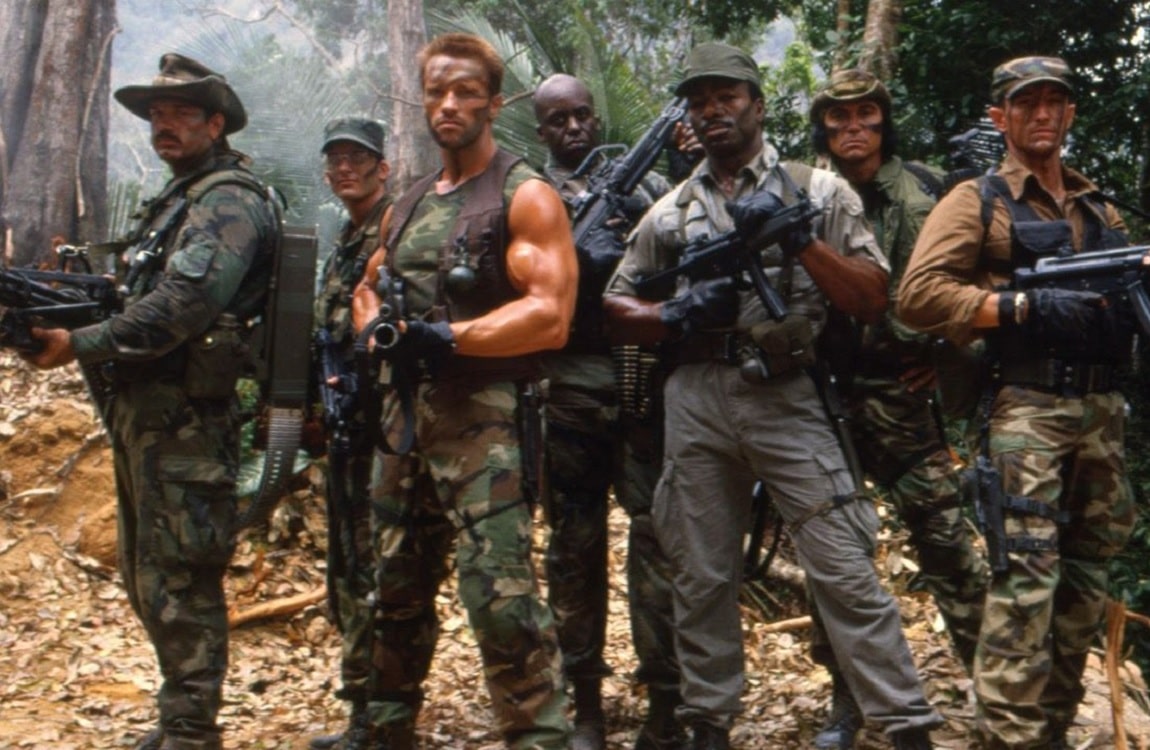 Dutch's squad from the first Predator wasn't originally a Predator hunting team, but they transitioned into one after Hawkins and Blain were killed. They had good experience in jungle warfare from fighting in places like Cambodia. However, setting up traps on the ground didn't really do the trick as they did not fully realize their adversary's capabilities. After Mac and Dillon were killed as well, the team decided to cut their losses and run to the chopper. Finally, Dutch was left alone to face the Predator and did so successfully, using only the mud and jungle for cover. It is possible that Dutch assembled another Predator fighting team after the events of the movie, as his final fate is left open. Hopefully the upcoming Predator: Hunting Grounds game can shed some light on this, as Arnold did some voice acting for it. 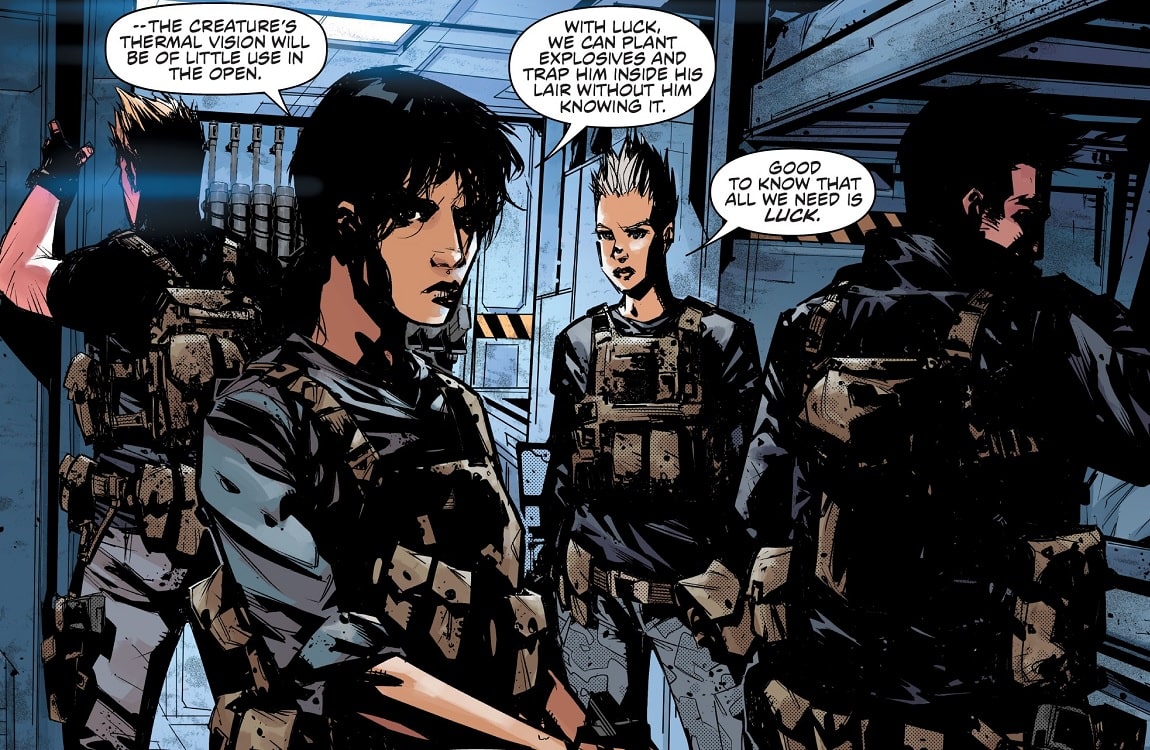 The Predator Hunters from the comic series with the same name were an assembled team of badass individuals who had encountered the Yautja before in their lives. The team included Enoch Nakai from Predator: Big Game, Mandy Graves from Predator: Bad Blood and Jaya Soames - the great-granddaughter of Edward Soames from Predator: Nemesis. In the third Predator Hunters series, the team was supplemented by John Schaefer from the Predator: Concrete Jungle and Cold War series, and the brother of Dutch. Such a group of experienced hunters wreaked havoc with the Predators and the core group survived many encounters with the Yautja, in the South Pacific and even in Afghanistan. The series is still ongoing and might add even more characters from previous Predator stories, a rare event in the Predator franchise.

Want to know more about the Predator lore? Check out the list of the most underrated Predators and look over the different Predator trophy rooms.