After the egg and the facehugger, the chestburster is the third step in the Xenomorph's complex lifecycle. Here is an overview of different types of chestbursters, depending on the type of the resulting Alien and the way that it is born. Some of these are not being born from the chest at all, but can still be considered Xenomorph bursters, or their close relatives.

The regular chestburster is a natural part of the Alien lifecycle and is featured in several of the Alien movies. The worm-like chestburster born from Kane in the first movie did not have limbs, but the one seen and burned by Apone in Aliens did have small hands. The pink chestburster grows rapidly and sheds its skin soon after, becoming mature in a few hours. 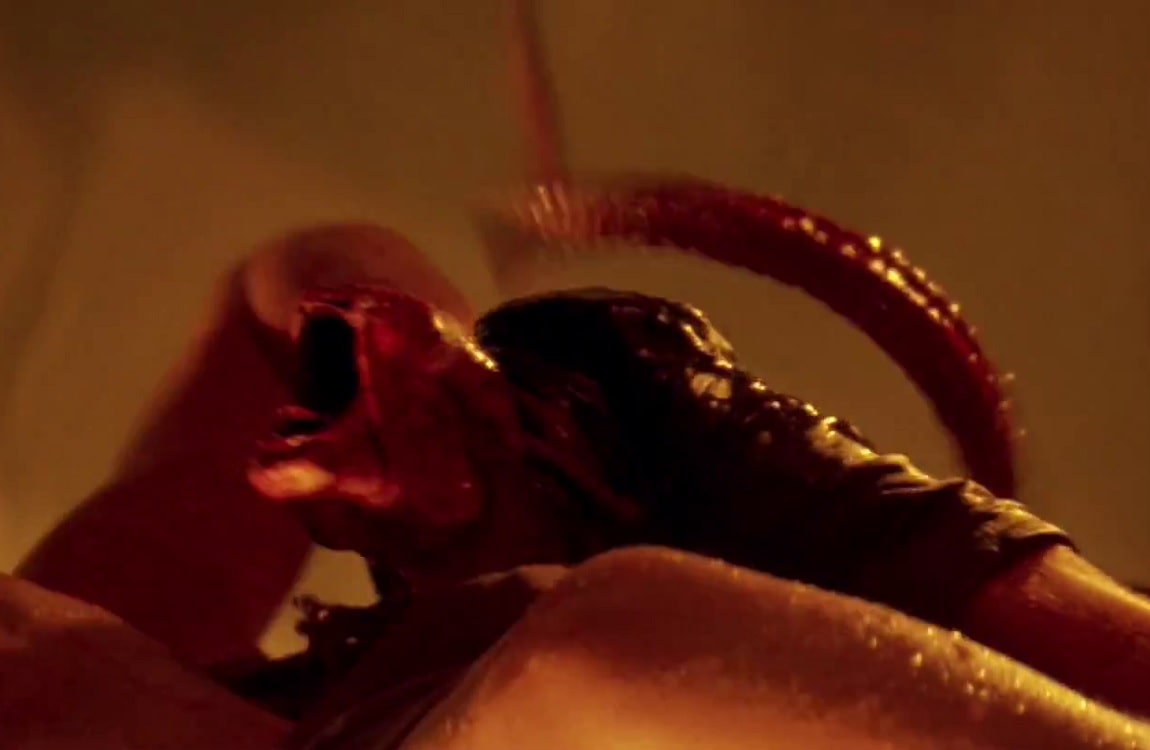 The Queen chestburster is bigger than the regular one and takes more time to grow inside the host. It already has a visible crest and small limbs when being born. The most notable Queen chestburster erupted from Ellen Ripley on Fury 161 in the theatrical cut of Alien 3, which is unfortunately omitted in the Special Edition. However, the chestburster extracted at the beginning of Alien: Resurrection did not have a crest anymore, but perhaps it was still immature. 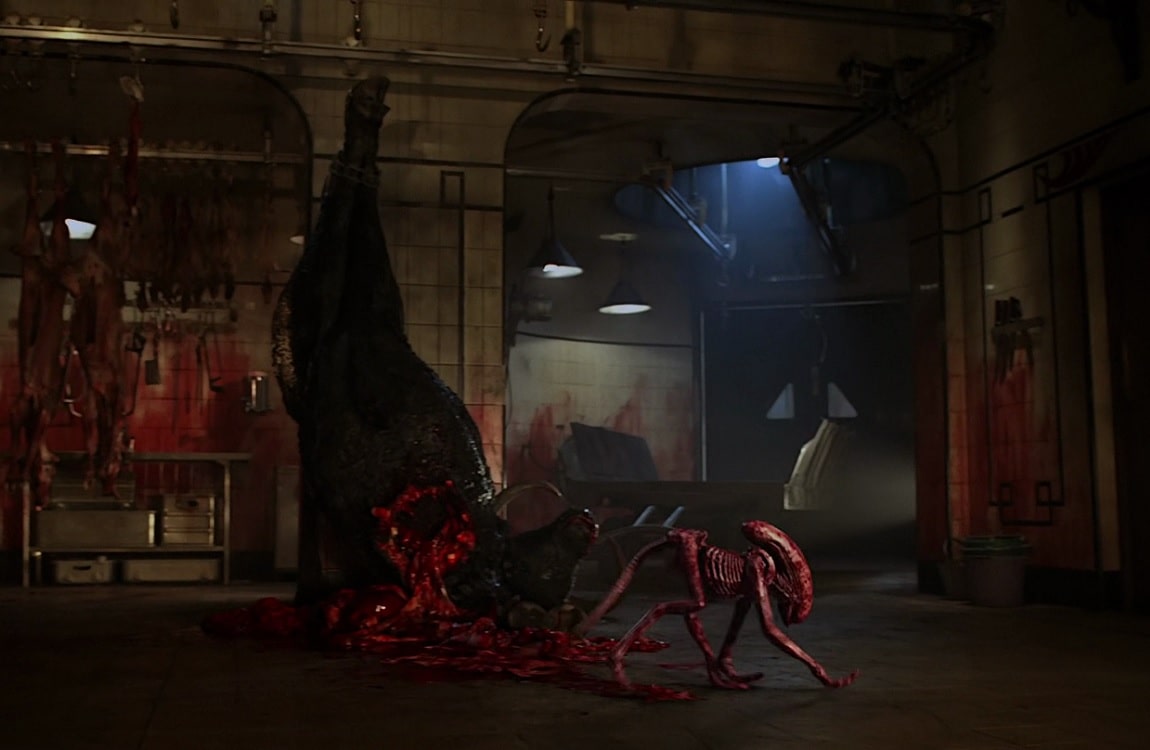 The chestbursters born from animals are different and more agile from the ones born humans, as the Xenomorphs inherits some of the animal's traits. As seen in Alien 3, the chestburster nicknamed the Bambi burster was born from an ox in the abattoir of the Fury 161 prison. It had developed limbs and could run mere seconds after being born. In the theatrical version, the runner Alien was born from a dog but was very similar in nature. 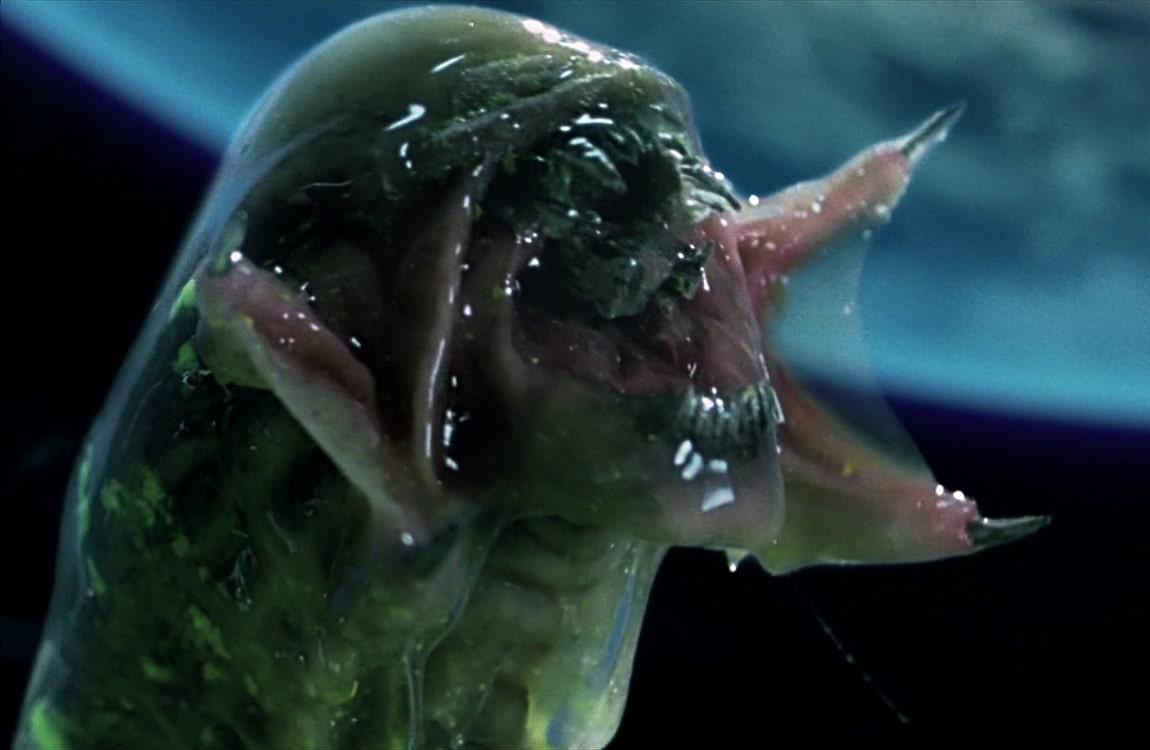 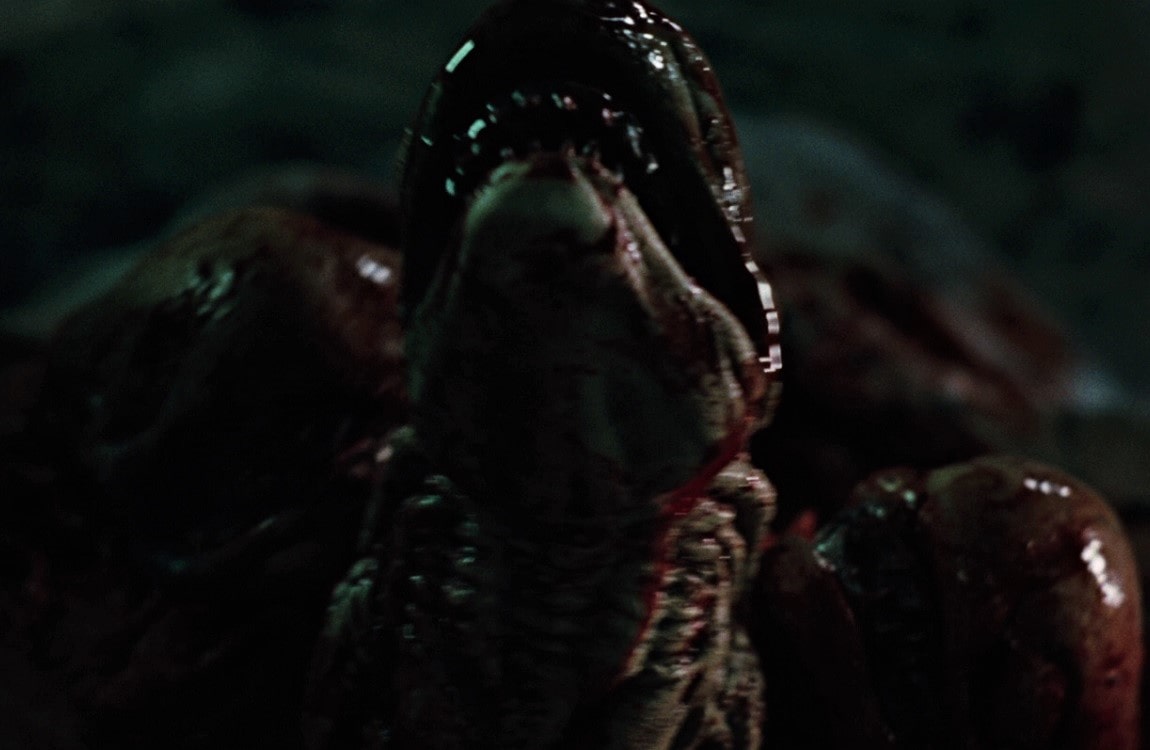 A new and disgusting way for chestbursters to be born was introduced in Aliens vs. Predator: Requiem. The Predalien was able to infect pregnant women in the maternity ward through its mouth with multiple Xenomorphs embryos, skipping the facehugger stage entirely. These Xenomorphs then grew inside the wombs and erupted from the stomach, with at least 3 Aliens being born from one host. These creatures seemed to be regular Xenomorphs and did not inherit any of the Predalien features.

The Protomorph introduced in Alien: Covenant was very similar to a Xenomorph in terms of the eggs, facehuggers and the full-grown specimen. However, the main difference was the appearance of the chestburster, which deviated from the pink worm-like creatures seen in the original movies. The Protomorph chestburster had developed limbs and was able to stand up immediately. Furthermore, it had a blueish color to its skin and possibly even skipped the shedding of its skin. The birth was a bit more slower and the chestburster seemed to react to David watching over it, not seeking to escape. 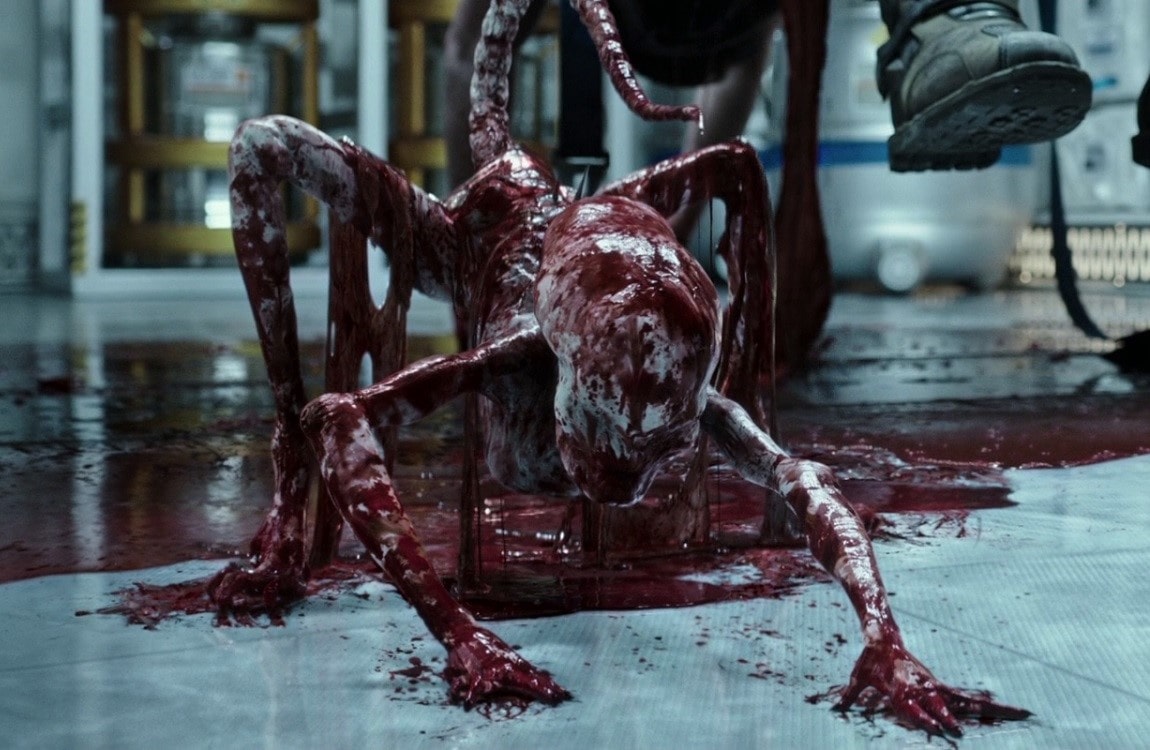 The bloodburster is the infant form of Neomorph, a new creature introduced in Alien: Covenant that is a close relative of the Xenomorph. The Neomorphs did not erupt from the chest, but rather from the back or the mouth of an infected person, also involving huge amounts of blood. The bloodbursters had white skin and grew rapidly, even faster than Xenomorphs. They were instantly aggressive and ready to attack any person with their razor-sharp teeth and claws. 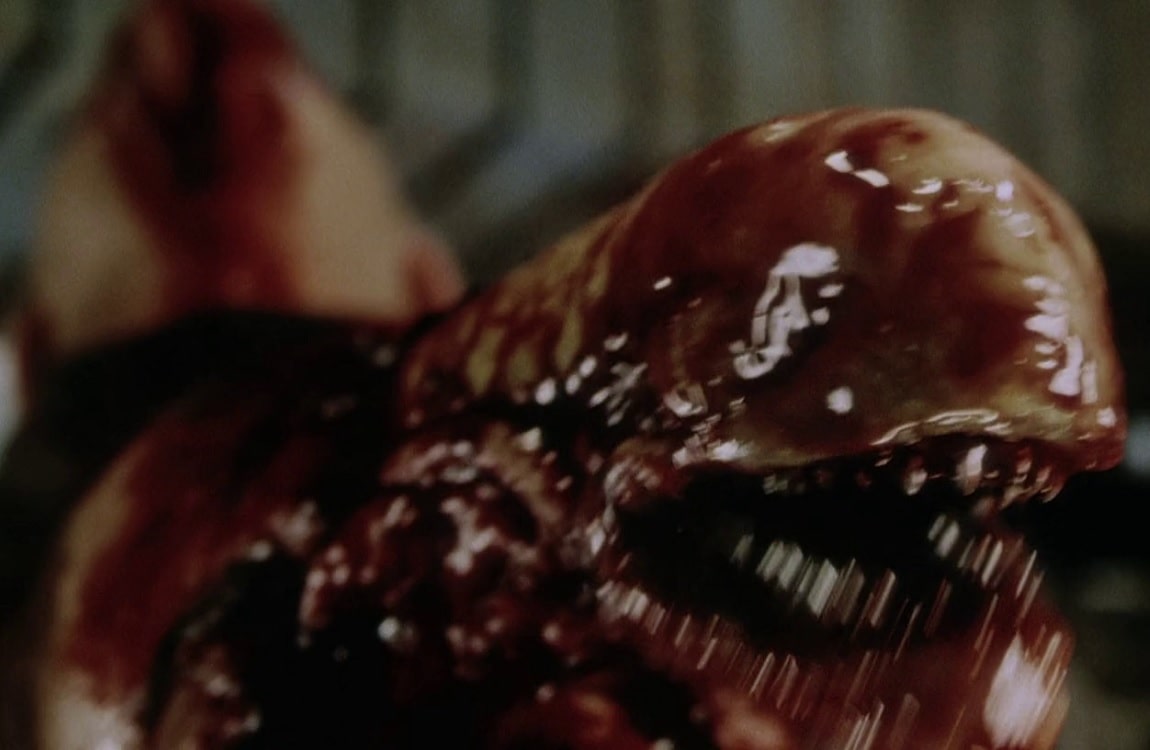 The headburster from Alien: Resurrection did not erupt from the head of the host, but as the host (Purvis) was holding a person's head (Dr. Wren) next to his chest, the chestburster violently burst through both the chest and the head, killing two people at once. This makes the headburster especially deadly, although it was immediately shot dead by Johner and Distephano. This particular chestburster also had a long digestion period, but this was probably due to a medical condition that Purvis had, and not due to a new Xenomorph type being born. 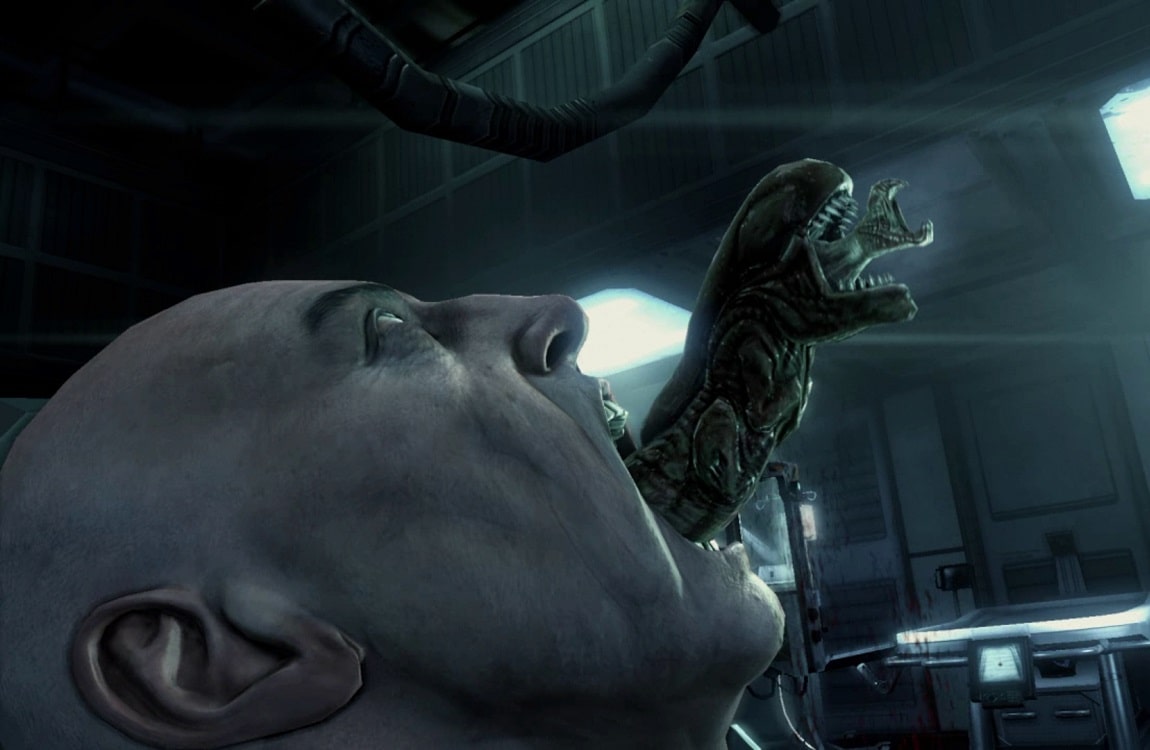 Chestbursters aren't always born from the chest, they will emerge elsewhere if there is a need for it. Specimen 6 from Aliens vs. Predator 2010 emerged from the chest at first, but retreated back to the host body when it saw that it would provide a way to escape. It then erupted from the victim's mouth, bypassing the capsule that was attached on the chest of the host, and gaining freedom for a short while. It's worth noting that the Neomorph also emerged from the mouth of the victim. 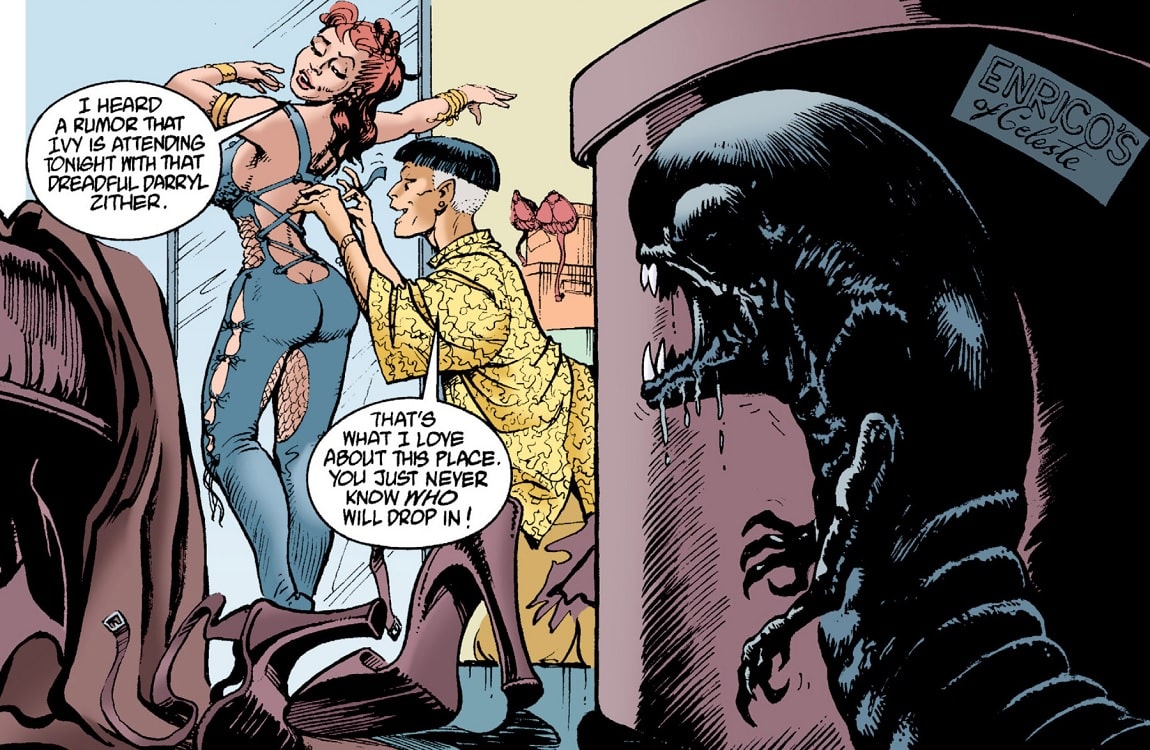 What if there was a chestburster that never reached maturity and stayed in its initial infant stage? One such mutated creature existed in the Aliens: Kidnapped comic, nicknamed the bodyburster. It was born from a pink Xenomorph egg that was either a natural occurrence or the result of a virus mutation. The creature was not interested in hiding itself, but bit humans, spreading a deadly disease that caused the victims to disintegrate. The bodyburster left a trail of pink substance whenever it went, partially consisting of dead bodies. 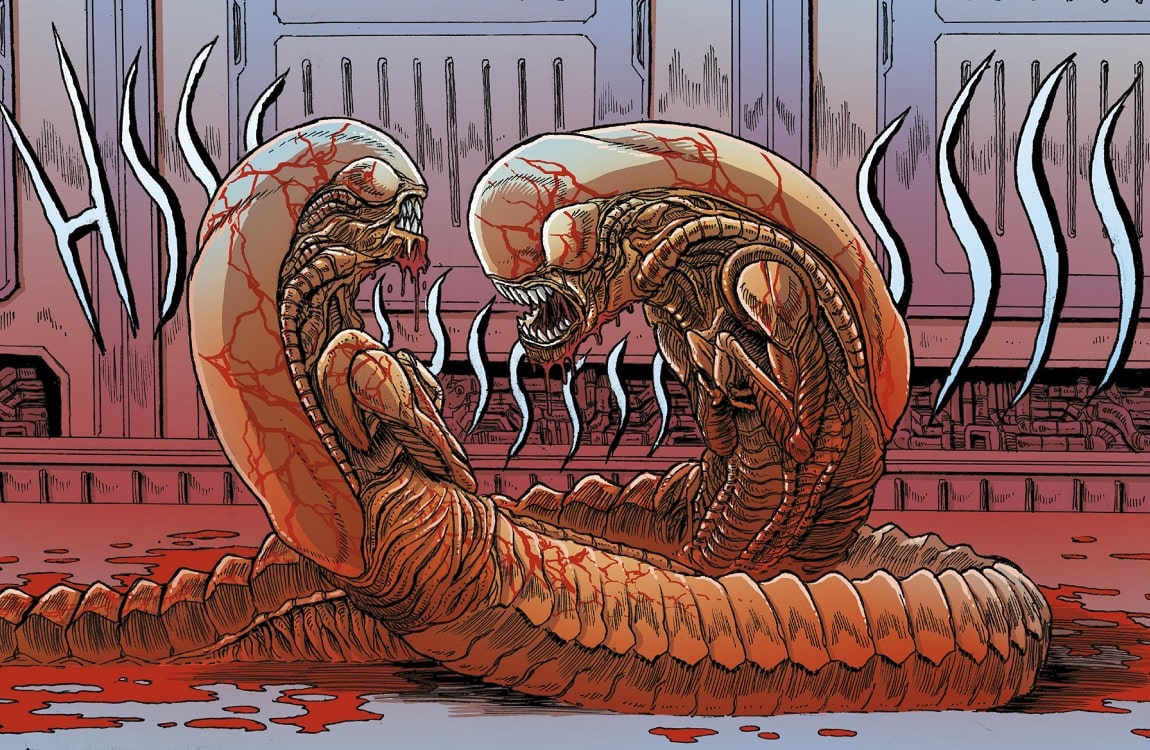 In Aliens: Dead Orbit, twin chestbursters were born, but not from the same host as one might suspect. They emerged at the same time from humans victims who were twins, surprisingly inheriting their family connection. The resulting Aliens shared a bond the moment they were born and worked in tandem from there on, even at an adult stage. This bond was probably stronger as there was no Queen present. 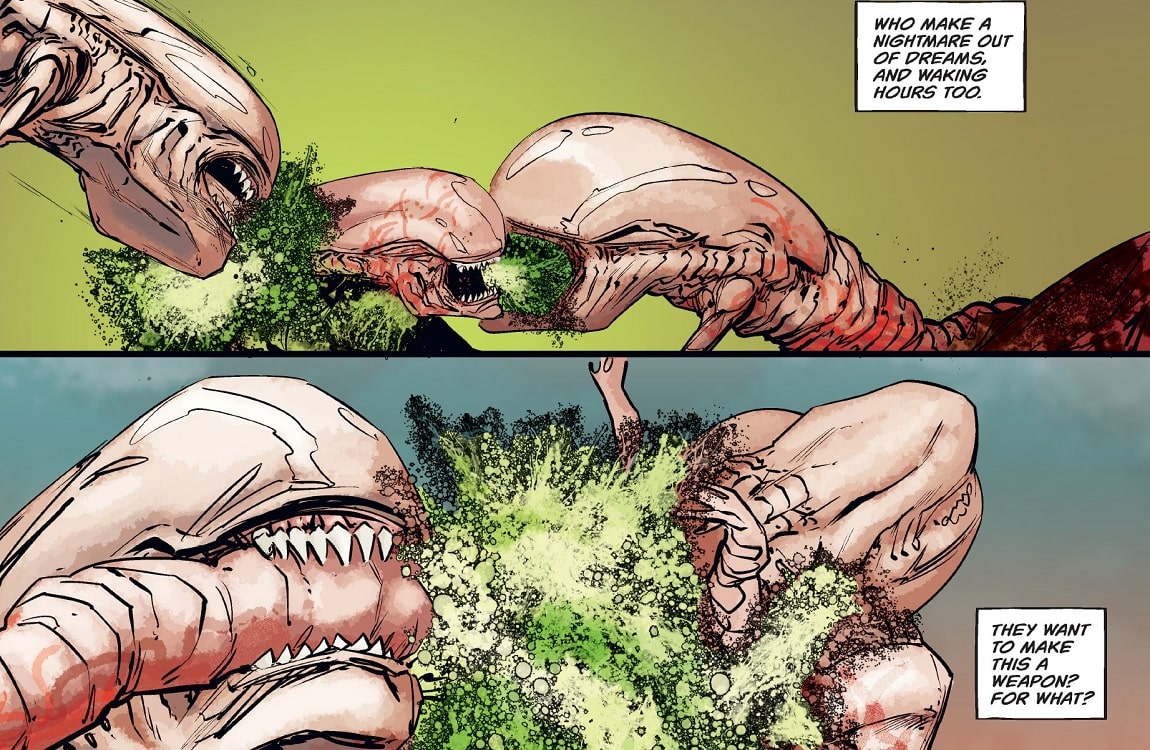 The three chestbursters born from the same victim in Aliens: Resistance are similar to the bellybursters from Aliens vs. Predator: Requiem and emerged from the stomach. However, they did not need a pregnant female victim and were not implanted by a Predalien. It is interesting to note that the two bigger bursters attacked and killed the third smaller one for unknown reasons, possibly to stem out the weak. The two remaining chestbursters then escaped together.

Want to know more about the Xenomorph expanded lore? Check out the prospects of surviving a chestburster and take a look at the facehugger types.