The Alien and AvP series has spawned a lot of games during its time. A lot of them are actually pretty good compared to other franchises. Let's take a look at which are the best ones. 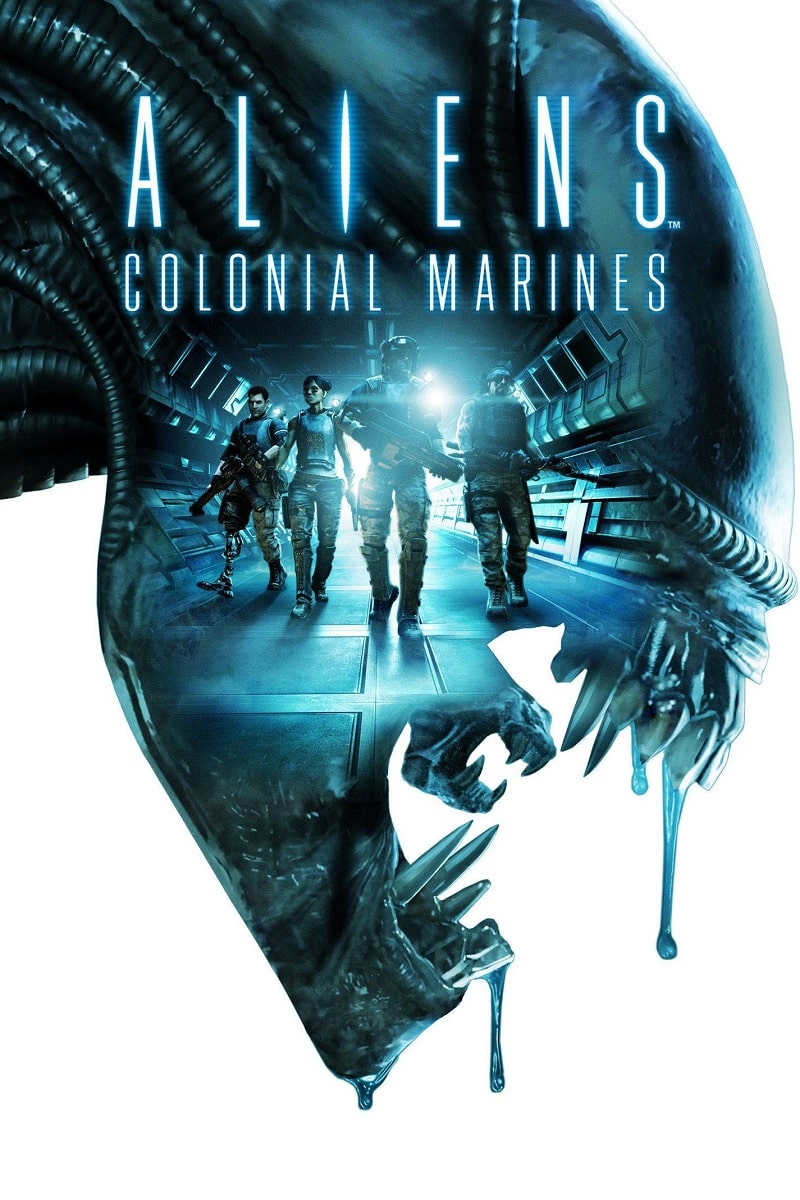 You are asking what is Aliens: Colonial Marines doing in this list? Well, it was very much hated at first, mostly because the hype was so high and many technical problems plagued the game. A lot of the technical issues were later fixed with giant patches. Of course, they could not fix the horrible convoluted story but that is another matter. This game has excellent sounds, the weaponry is customizable and great (gather all the Legendary weapons from the movies). The campaign had a couple of good levels, like the sewers and Sulaco (you finally get to explore it). The Bug-hunt multiplayer mode was fun to play.

Is there an expansion? Yes, there was a lot of DLC released with the game. Some were just new multiplayer maps or weaponry, but the DLC worth mentioning is Stasis Interrupted. This explains how Hicks survived Aliens (I will write another article about that) and what happened on the Sulaco. You even get to see Fury 161 and Ripley briefly. 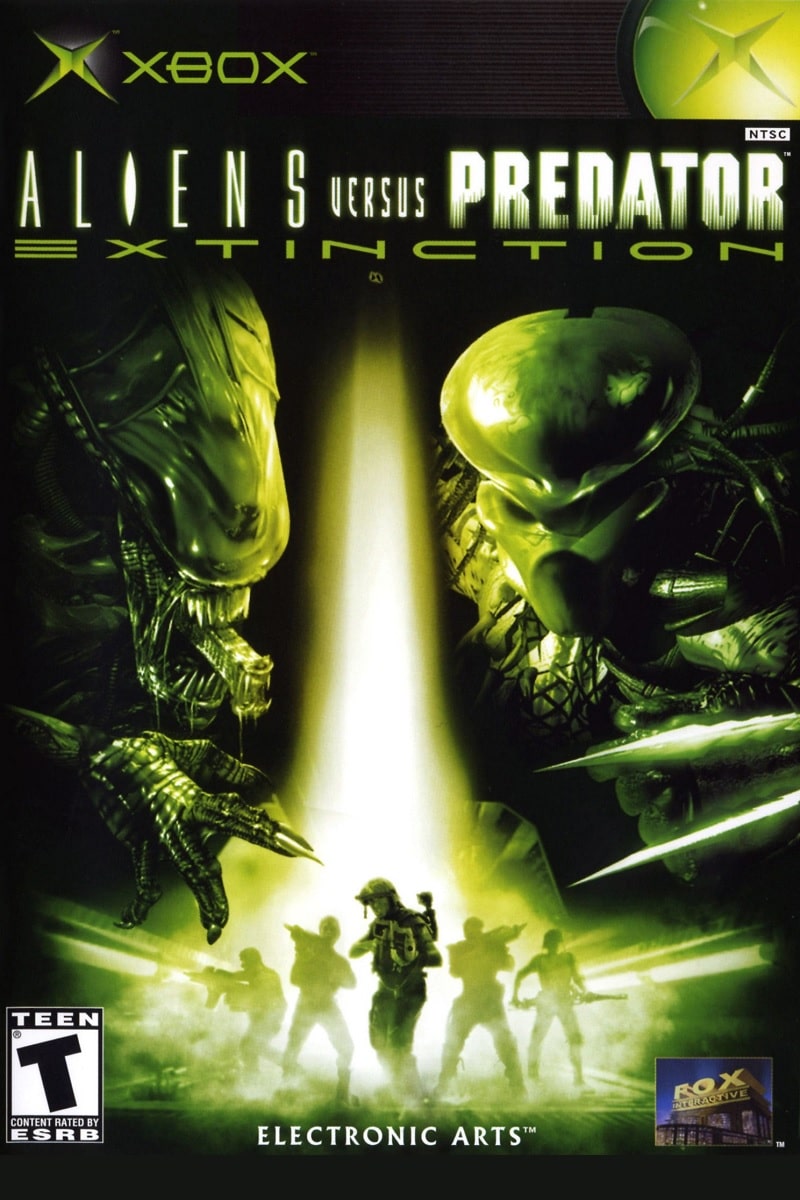 Aliens versus Predator: Extinction is a video game released for the PlayStation 2 and Xbox. It is a shame this was never released on PC as a strategy game on consoles never works out perfectly. It is a real-time strategy game in which an Alien hive, a clan of Predators and an elite squad of Colonial Marines fight each other in 21 single-player missions, 7 for each race. Each race has its own characteristics, abilities, weapons, and vehicles. The action takes on LV-742, a planet rich with resources and different environments. It is influenced by Monoliths AvP 2 with the cartoony art style and orange shoulder-padded marines. The graphics are dated but there's is still some fun to be had. For example, kidnapping humans and growing your Alien army hasn't been possible in any Alien games prior to this. 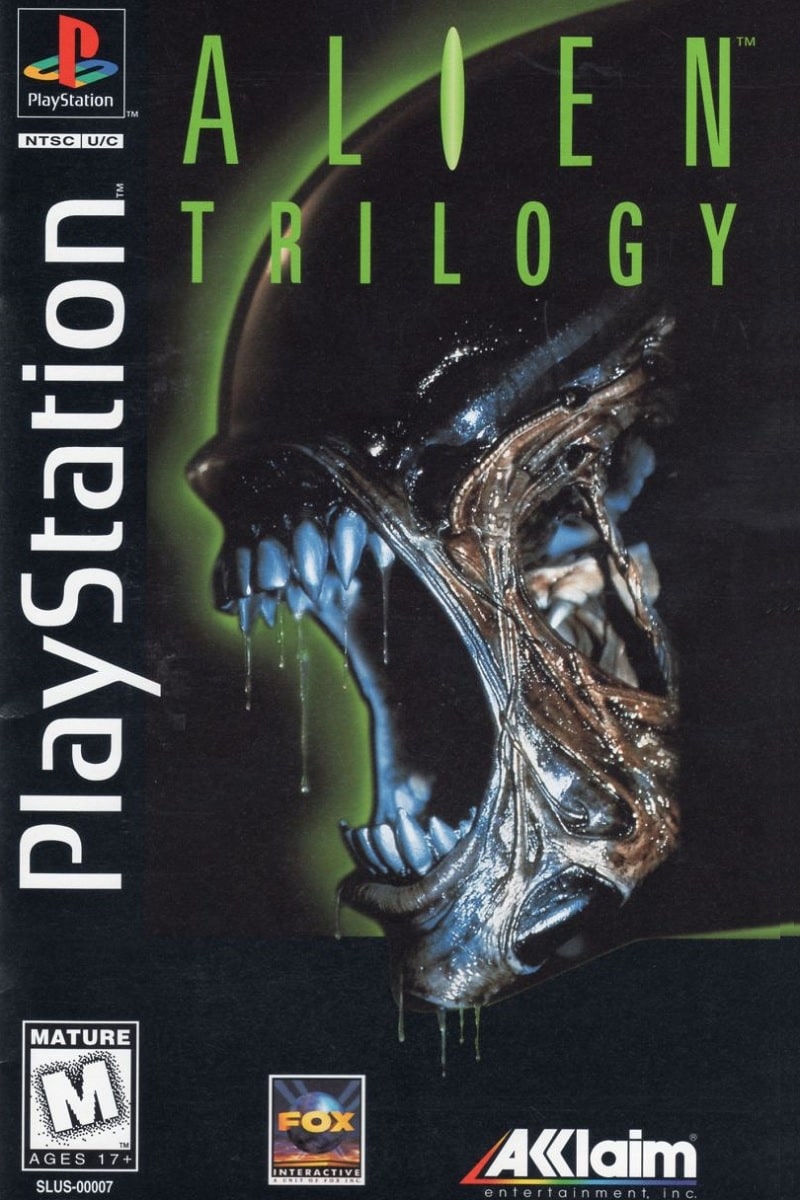 The first Alien-based FPS on the PC DOS (The AvP Jaguar was released 2 years prior), features a nonsensical plot of Ripley going to LV-426 ahead of the marines to "clear it out". It was also released on the PlayStation. In addition to Aliens, you also battle evil androids (kind of similar to Alien Isolation). Overall it's a fun and fast-paced shooter, similar to the Doom clones of the time. It features most of the Aliens weaponry which you can put to good use. 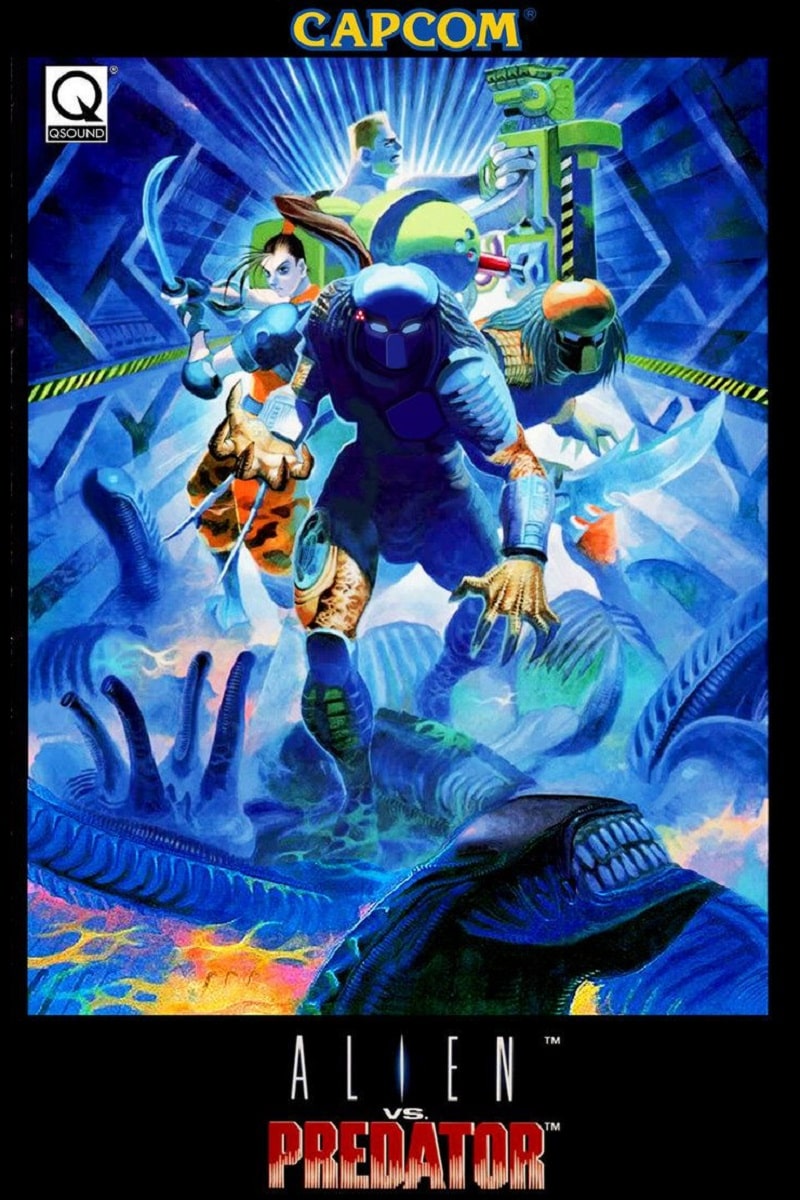 Alien vs. Predator is a beat 'em up video game developed and released by Capcom for the CPS-2 arcade game system in 1994. In the game, the players take control of up to three out of four human and Predator characters in a battle against the Alien hordes and rogue human soldiers. There are loads of ridiculous types of Aliens to fight. Neca is actually releasing action figures out of some of them. You also get to use classic Aliens weapons like Pulse Rifles and smart guns as pick-up weapons. Besides finding the game in some old arcade, it is also available for MAME emulation. 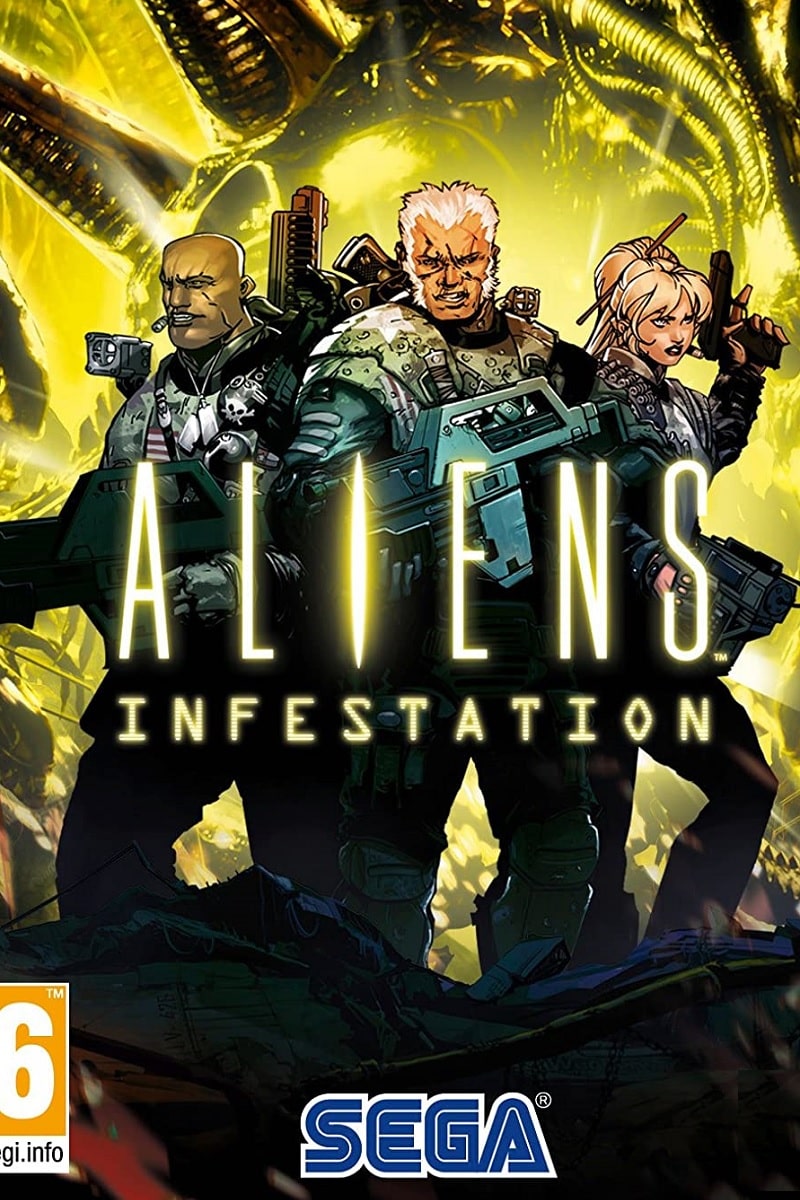 Aliens: Infestation is a 2D sidescroller game for the Nintendo DS handheld console. This game ties into Aliens: Colonial Marines as you arrive on Sephora and get to explore the Sulaco. It started out as a port of Colonial Marines but emerged as a separate game. There is some influence from William Gibsons Alien 3 script, with the Union of Progressive Peoples (U.P.P.) being an enemy. You also get to fight the Jockey-Xenomorph, only before seen in the Aliens: Apocalypse comic and later the Prometheus movie. The game is fun to play but it's easy to get stuck in the multi-layered levels. 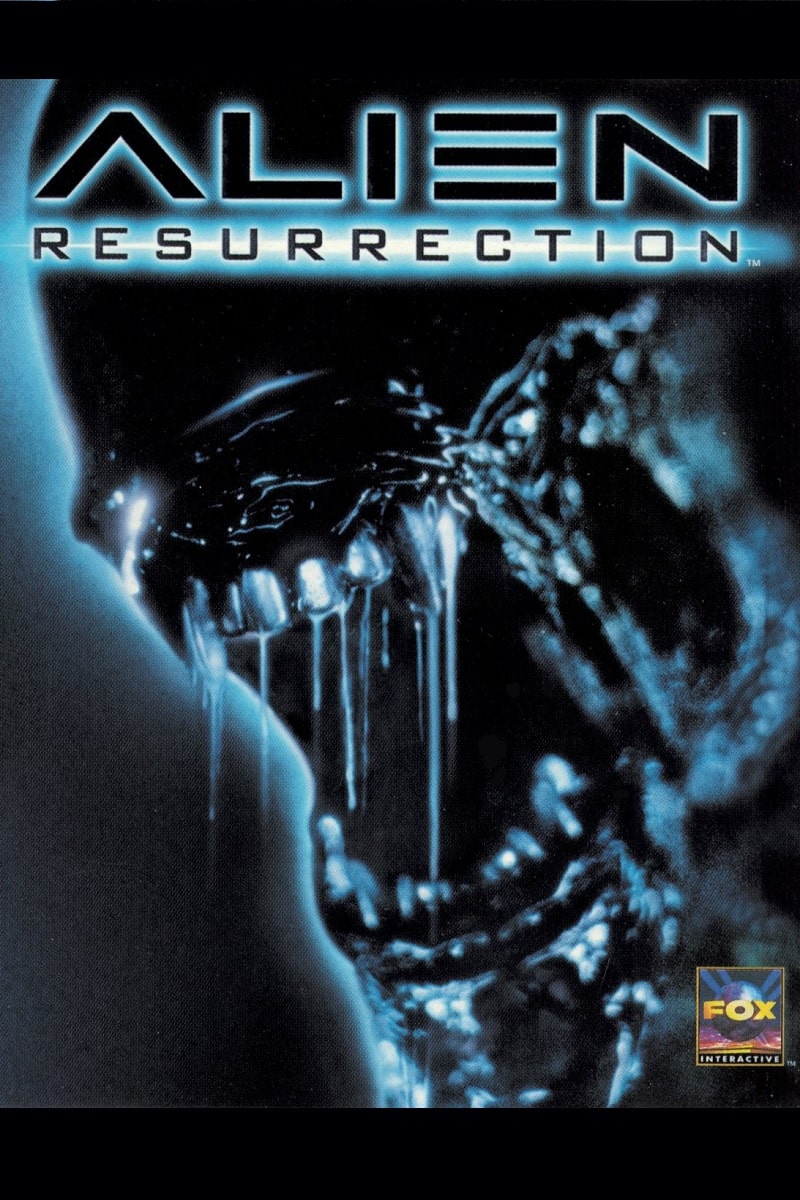 Alien: Resurrection is a first-person shooter survival horror video game based on the 1997 film of the same name and released on PlayStation. The game is even mentioned in the end credits of the movie. This could be called a spiritual sequel to Alien Trilogy as you play Ripley again (and a few other characters). The game has clunky controls and questionable graphics. It does have a good sense of horror and exploring the Auriga is fun. The actor who voiced Father (Steven Gilborn) in the movie makes a welcomed return. In addition to Aliens, you get to fight the Auriga soldiers, General Perez (he is tough) and the Newborn as the final boss. 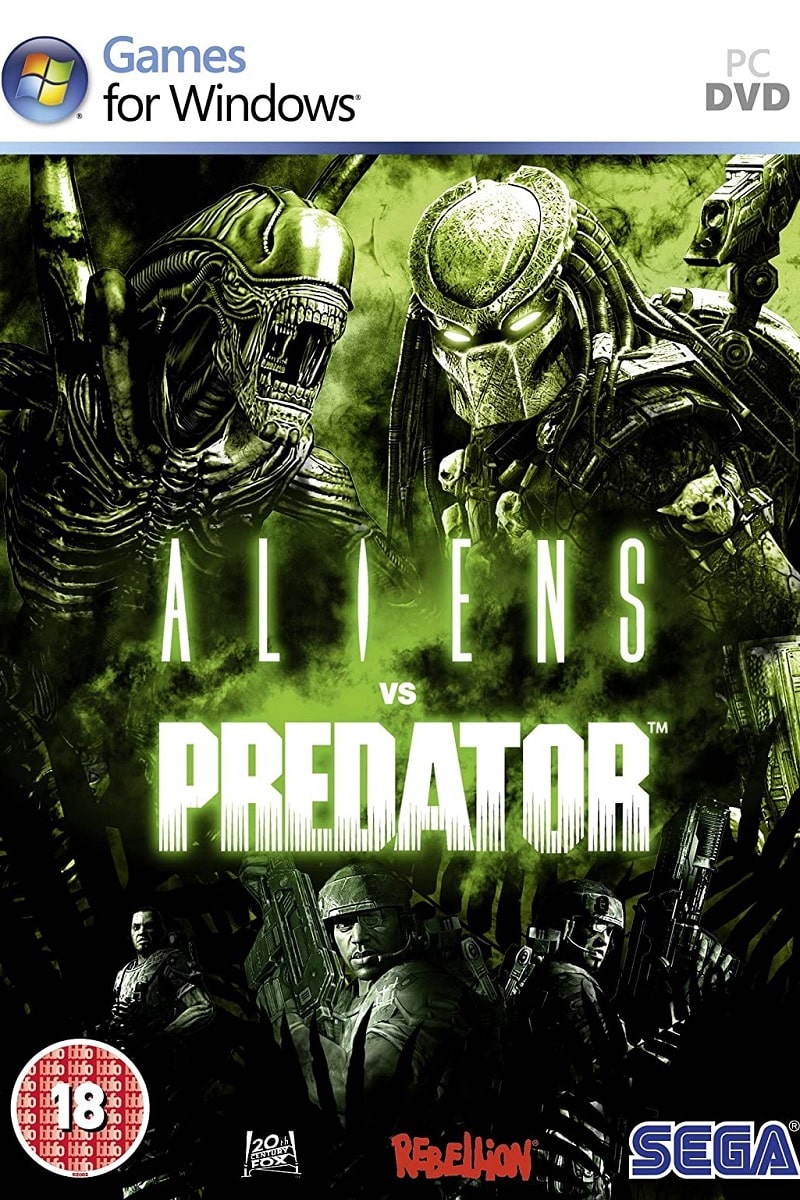 This game should actually be called Aliens vs Predator 3. They probably thought the old games are forgotten so they reset the number. Going back to the roots, Rebellion developed this game after giving a pass to Monolith for the second game in the series. The campaigns are very short and use mostly the same levels for all the species. The graphics and gore are great and the story is enough to keep your attention. Lance Hendriksen returns to play another Bishop/Weyland character (I think its already his 5th). There's hardly anyone playing the multiplayer (seems there never was) so it's hard to comment on that. The Survival mode is fun for a couple of times.

Is there an expansion? Yes, there are some multiplayer maps released as a DLC. As the multiplayer is mostly dead, it seems quite pointless. 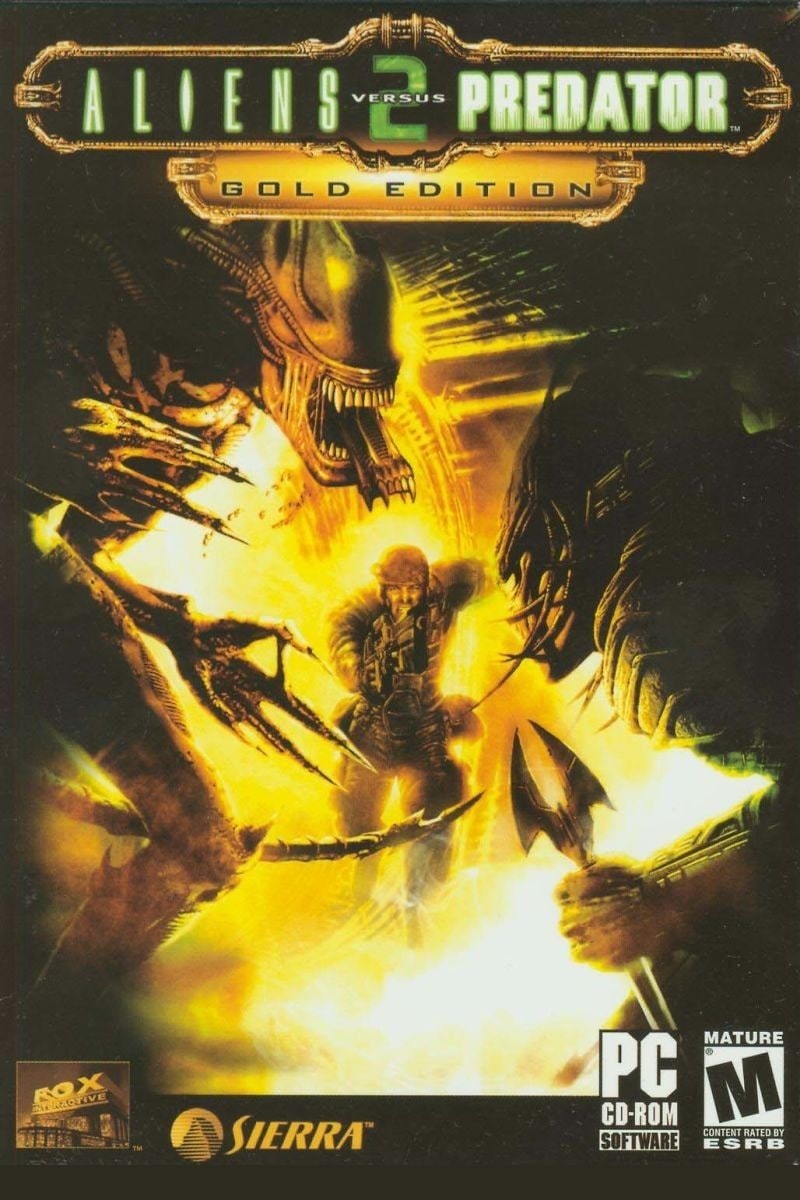 A sequel to Rebellions 1999 FPS, this Monoliths game makes things bigger and mostly better. The graphics are a bit cartoonish (ie. orange shoulder pads on marines) but it contains big open areas. The 3 campaigns are longer, they have a more structured story that actually interlinks with each other. As an Alien, you get to live through the full Alien life-cycle, starting from the egg as a facehugger. The lifecycle is also carried over to the multiplayer, which is great. You can even play as the queen. The predator now has nice big open areas for hunting. The marines get a bit bigger arsenal like a sharp stick (knife) and a sniper rifle compared to the older game.

Is there an expansion? Yes, there's an expansion pack called Primal Hunt developed by Third Law Interactive. It ties up some of the loose ends from the full game, like what happened with Pod 5 and what is Dunyas backstory. The predator level occurs 200 years before the full game and you get to play as a Predalien in the Alien campaign. Overall, it's rather average. 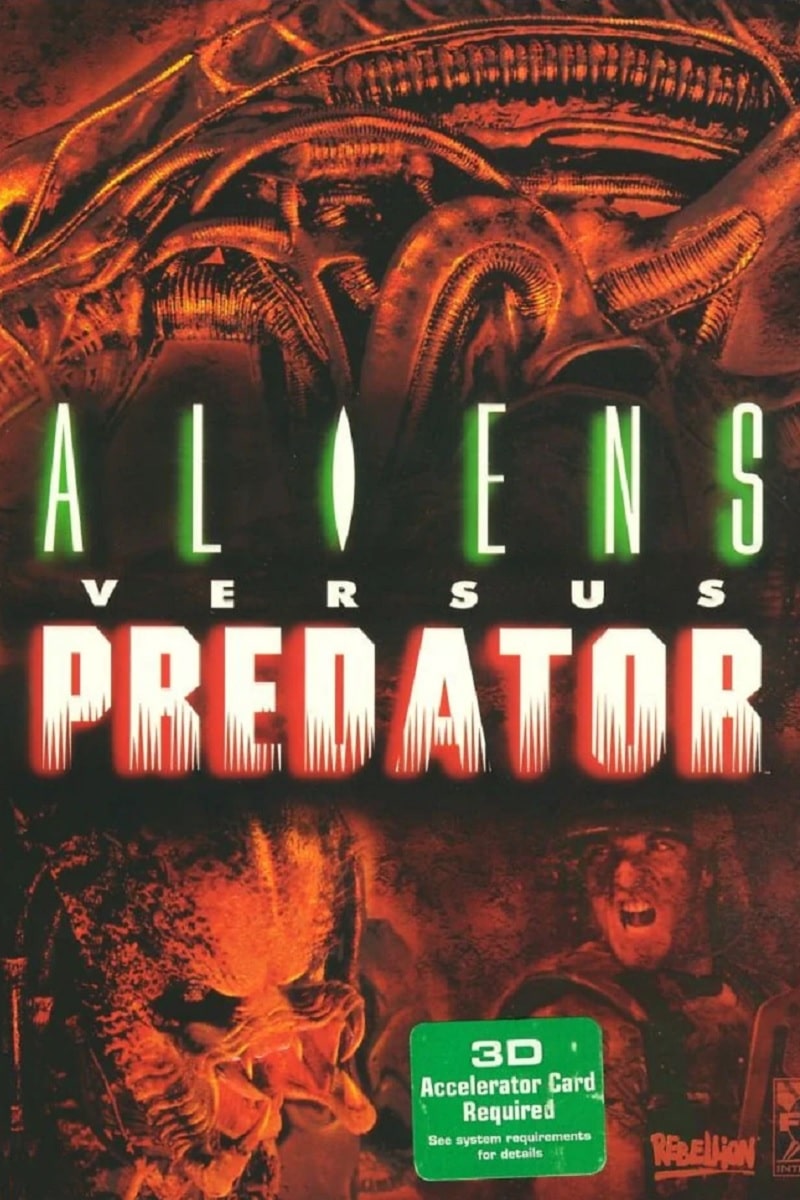 This game made me an Alien fan back in 1999. It captures the feeling of Aliens most perfectly. It is very fast-paced, throws a lot of enemies at you and is more intense than horrifying. The story is good, although some of the Predator levels are very loosely connected. Playing as an alien is a great experience, you move very fast and are a true killing machine. As a predator, you are missing big open areas similar to the movies, the engine set limitations to it back then. The graphics still look good and the lighting effects are still the best (you can also destroy lights).

Is there an expansion? Yes, a Gold edition was released in 2000 that added 2 new weapons (dual pistols and a Skeet launcher) and new in-game FMS-s. Also, a Steam version was released in 2010 that still runs perfectly on modern machines and supports widescreen. The game still looks good. 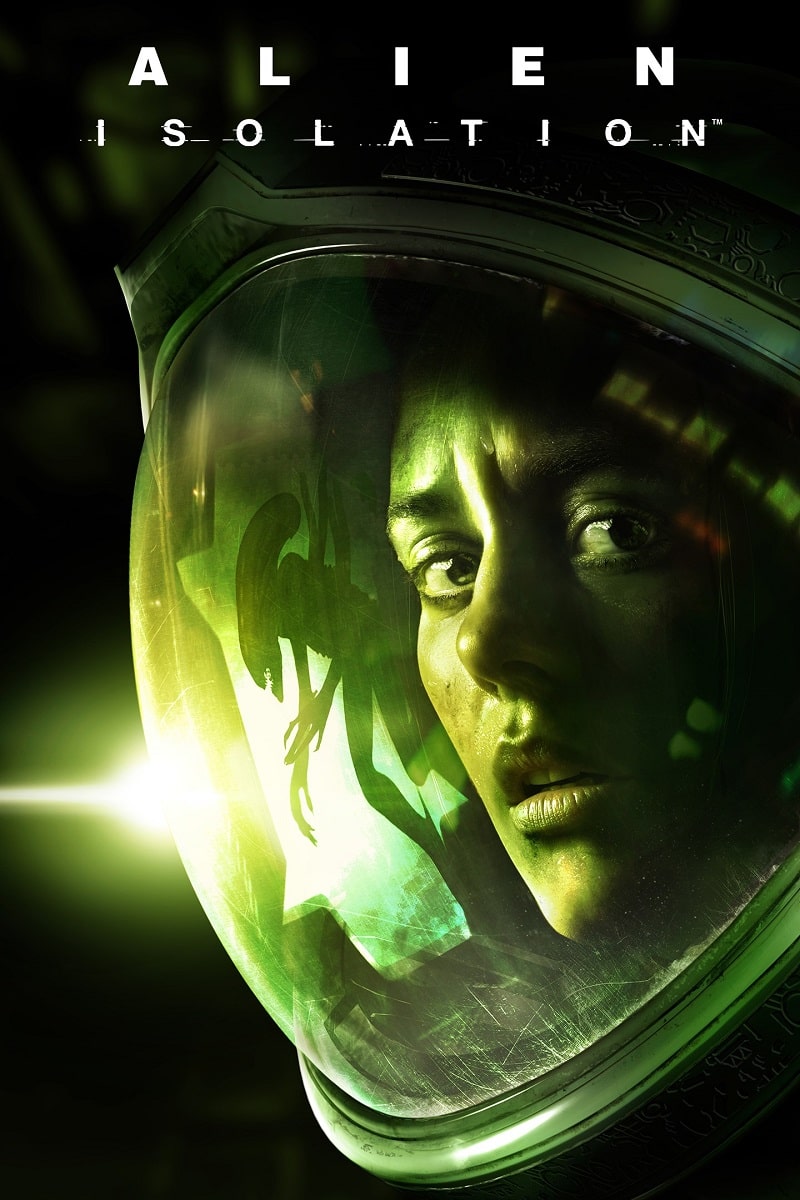 Alien Isolation is the best Alien game ever. It captures the horror and feel of the first movie perfectly. It has got an actually great plot, with Ripleys daughter being an actual badass (who knew?) 15 years after Alien. The graphics are amazing and very film-like. You even get to visit some of the locations from the film. It's great that there is mostly only one alien and you cannot kill it. A lot of the original cast return (although mostly in recorded audio logs). William Hope from Aliens plays a new character. The ending keeps open a good possibility for a sequel but unfortunately, there is none planned. The game got a bit of a bad rap for being too long and repetitive, but I had no problem with that.

Is there an expansion? Yes, there are several DLC-s. The movie-based ones called "Crew Expendable" and "Last Survivor" are the best ones. You actually get to recreate some of the scenes from Alien, which are done superbly. Avoid the other DLC.