The USCM packs a big arsenal of weapons including nukes, knives, sharp sticks and phased plasma pulse rifles. Although we see many infantry weapons in Aliens, the Colonial Marine Tech Manual and Alien games later expanded on those. Here is a list of best infantry weapons from Aliens and the Alien games, ranked by their firepower and usability against the Xenomorph and Yautja opponents. 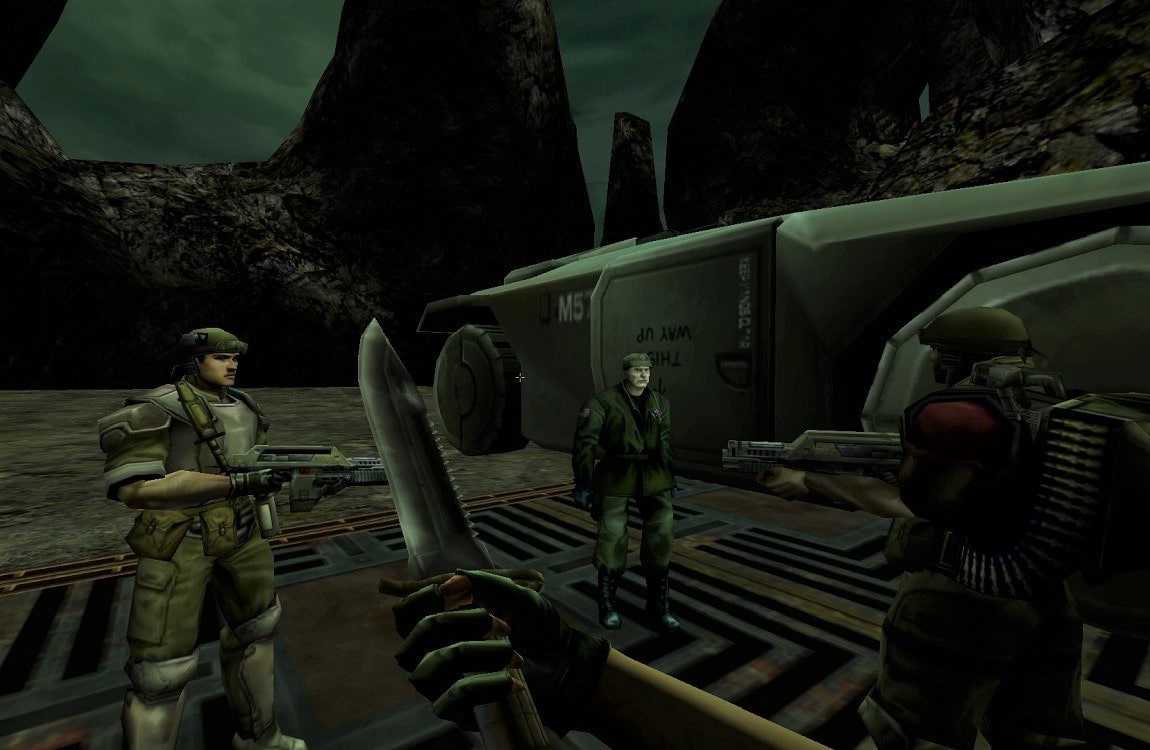 The list cannot be complete without a sharp stick in a sense that the combat knife is part of every good marines arsenal. In Aliens, Bishop used Hudson's knife to practice five finger file on the mess room table. A less noticeable fact is that Hudson takes the same knife out in the hive battle, as he was under orders not to use his pulse rifle. In the Alien FPS games, the knife makes the only appearance in Aliens vs. Predator 2 and is useful for cutting yourself out of Predator nets. 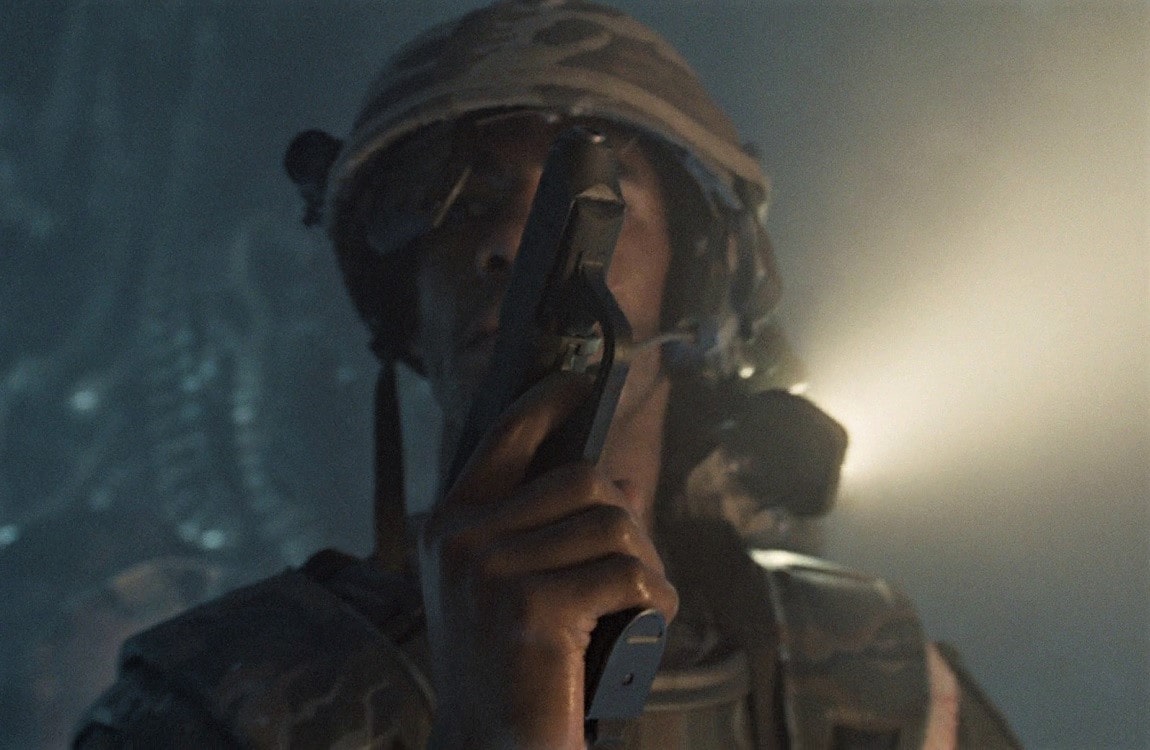 The VP70 pistol is an actual futuristic looking pistol that was used in Aliens so that a new prop gun wouldn't have to be built. It was most notably handled by Frost before being cooked by Dietrich. Gorman also used the pistol in the OPS battle and later in the vents while trying to save Vasquez. Although some of the bullets bounced off the Aliens, it was still able to do damage. The only video game where the VP70 shows up is Aliens: Colonial Marines where it is filed as the Legendary Weapon - Gorman's Pistol. 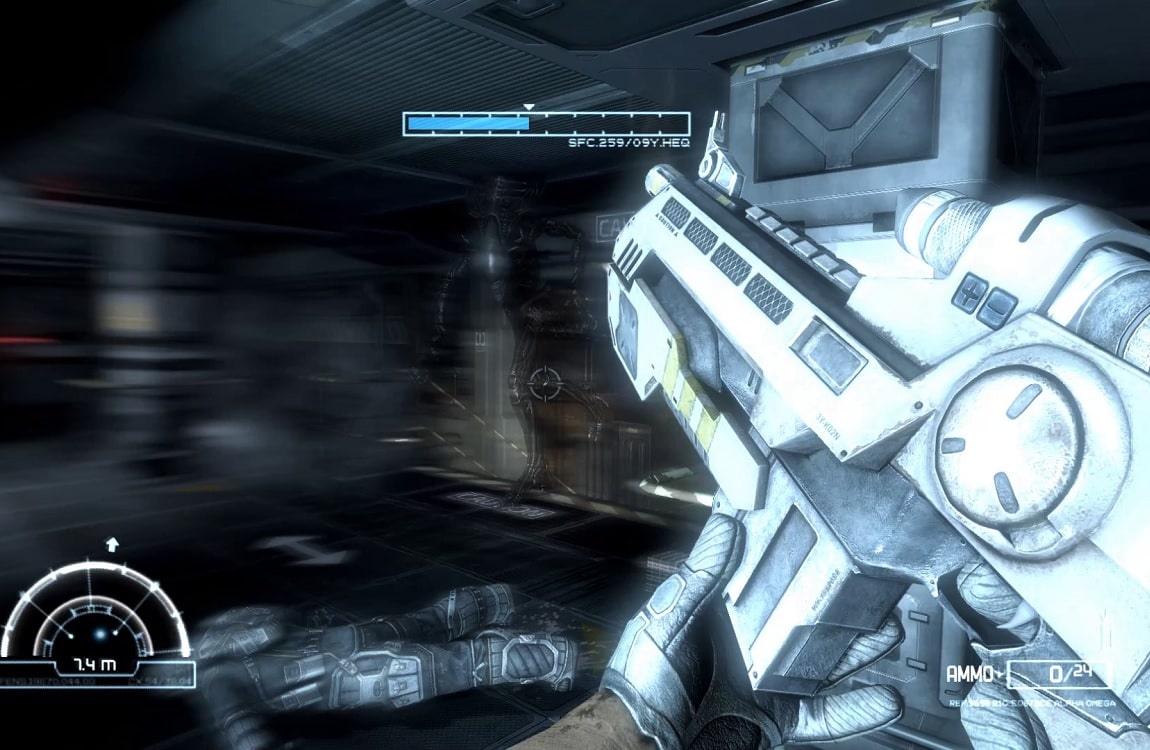 The M42C scoped rifle is one of the several sniper rifles in the Colonial Marines arsenal. As the other sniper rifles, it is not very useful against the various smaller and agile Xenomorph types. However, it is best used to shoot some of the bigger enemies in the face, like the Praetorians, Predators and Alien Queens. The rifle appears only in the Aliens vs. Predator 2010 video game and resembles the M42A scope rifle from the Colonial Marines Tech Manual. Like the famous Pulse Rifle, it is produced by Armat Battlefield Systems. 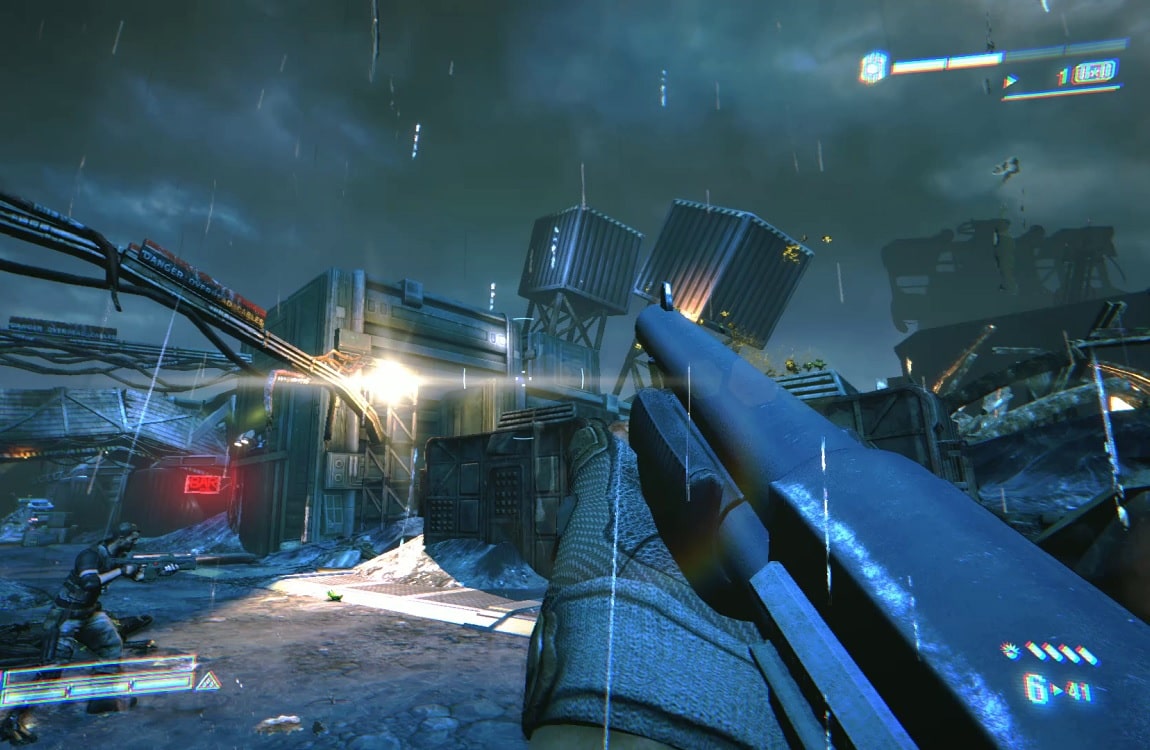 The M37A2 pump shotgun is not exactly the same one that Cpl. Hicks used in the hive fight in Aliens, but it is a more modern version of it. It is great to keep handy in addition to the Pulse Rifle, for close encounters. Like most of the USCM weapons, it is produced by Armat and comes with different attachments and fire modes. For example, it comes with B15 timed explosive rounds and R1 flechette rounds. The weapon appears in both Aliens: Infestation for the Nintendo DS and Aliens: Colonial Marines. 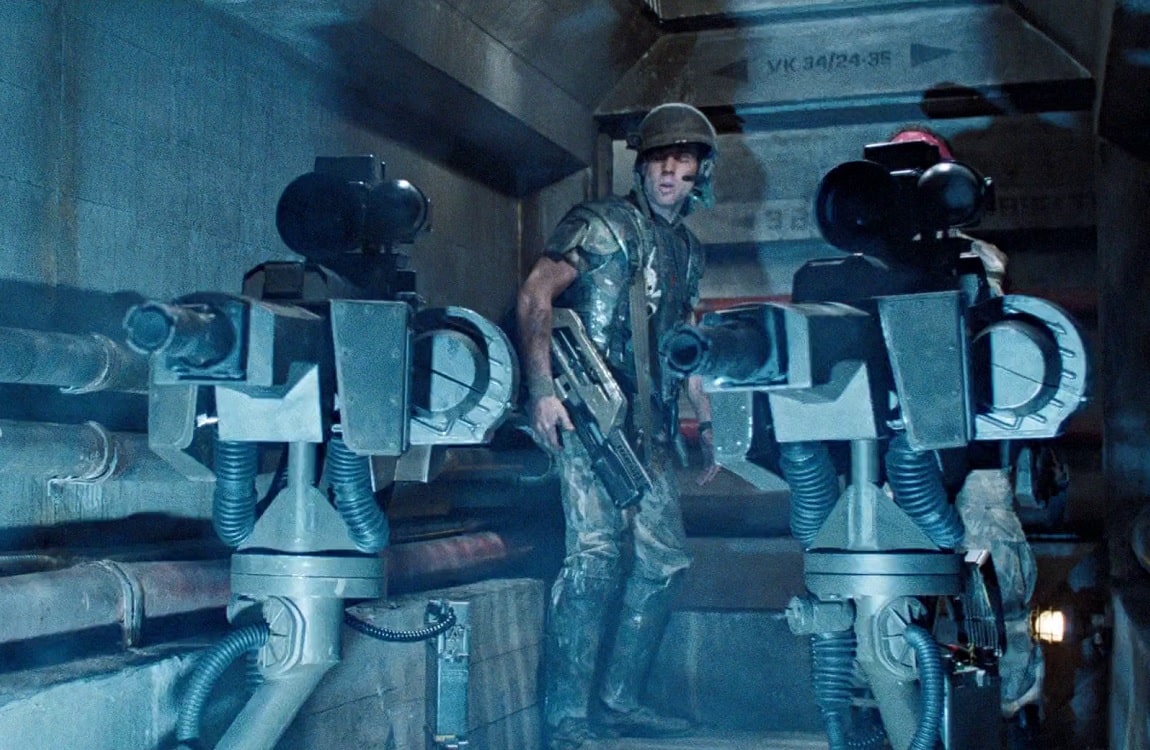 The only non-handheld infantry weapon in the list, the UA 571-C sentry gun is basically a stationary smart gun. It holds 500 rounds in the magazine and is best used in pairs. They are usually transported in the APC and used for setting up a stationary parameter. The sentry guns are controlled from a wireless laptop and that can modify their settings. The sentry guns show up in most of the Aliens games but only Aliens vs. Predator 2: Primal Hunt and Aliens: Colonial Marines allow you to set them up, which is really fun. 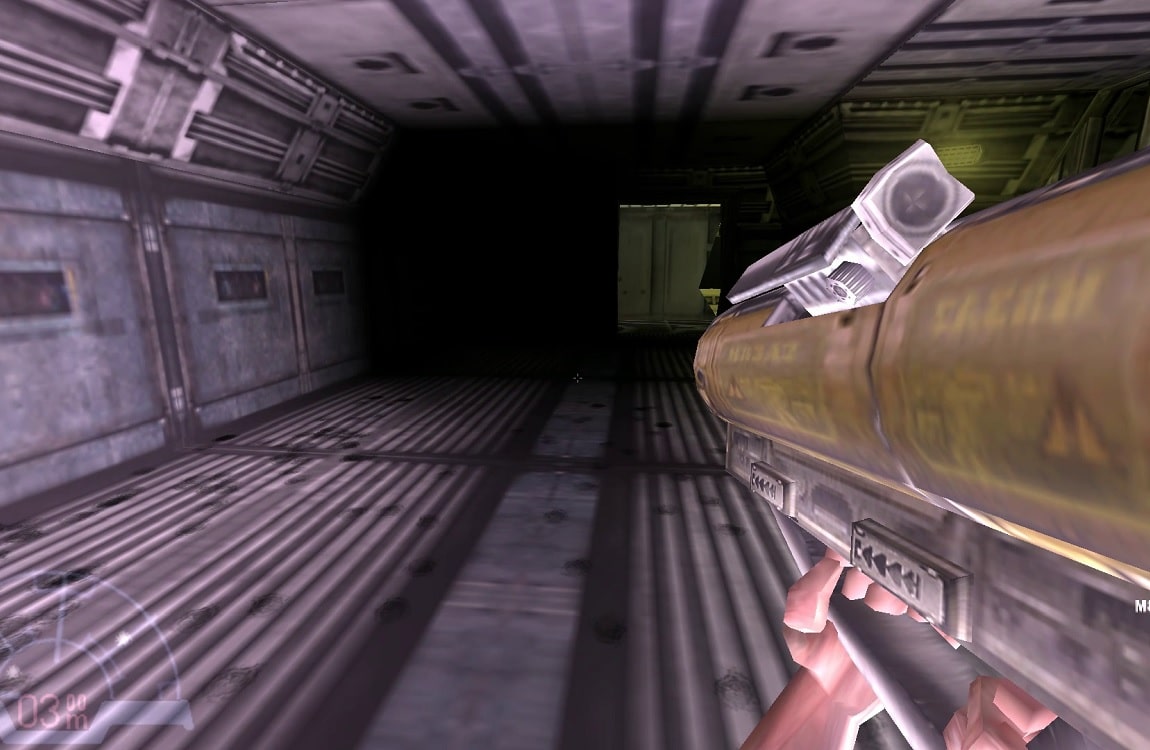 The M83 SADAR is the main heavy support weapon in the Colonial Marine's arsenal. It is basically a modern version of the bazooka and it doesn't show up in the movies. It is best used for taking down big and heavily armored enemies or clearing out Xenomorph hives. A Yautja shot in the face with a SADAR probably will not get up again. The SADAR made its first appearance in the Colonial Marines Tech Manual and was featured later in the Aliens vs. Predator Classic video game. The game offered no automatic missle tracking but the tech manual hinted of the possible target lock feature. Later games used a newer version, like the M-6B in Aliens vs. Predator 2. 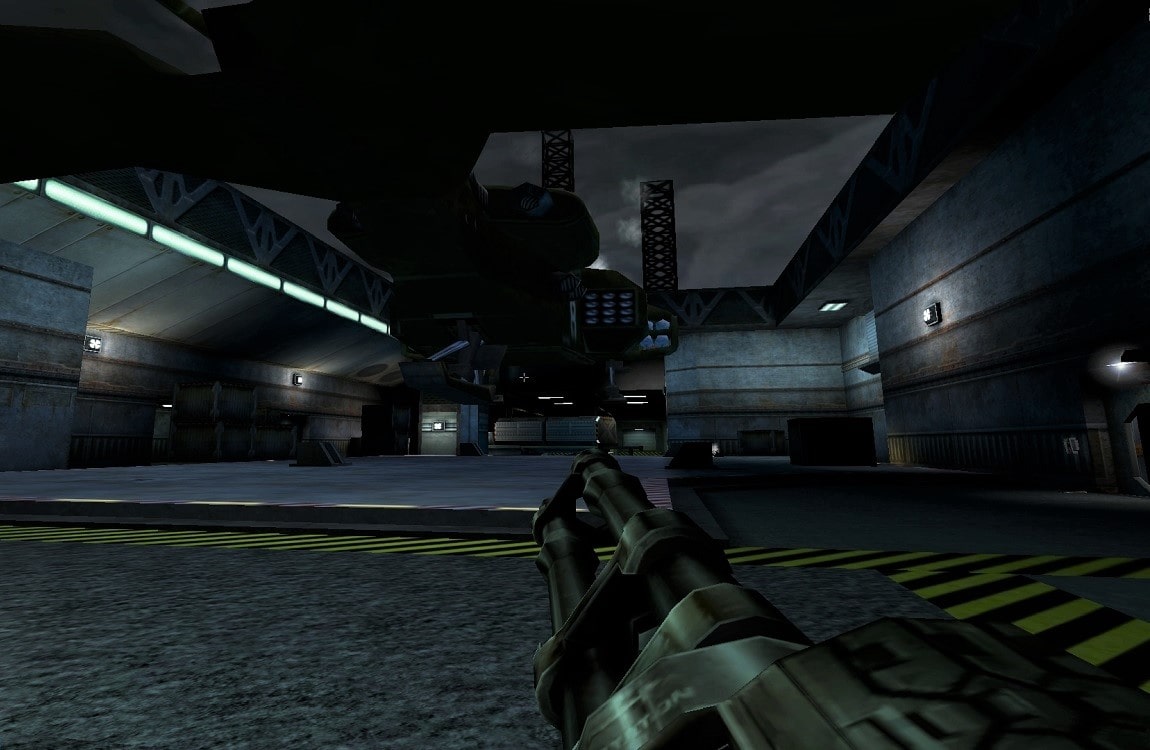 The M90 Minigun is a descendant of the M134 Minigun (a.k.a. Old Painless) from the original Predator. It shows up Aliens vs. Predator 2 and it's expansion pack - Primal Hunt. Unlike in the previous game, the Colonial Marine can move around while firing the minigun. The secondary fire of the M90 keeps the barrels rotating which is great for keeping the gun warm. It burns through the bullets at a rapid rate, faster than the smart gun and sentry guns. Again, great gun for taking down big enemies or waves of regular Xenomorphs. 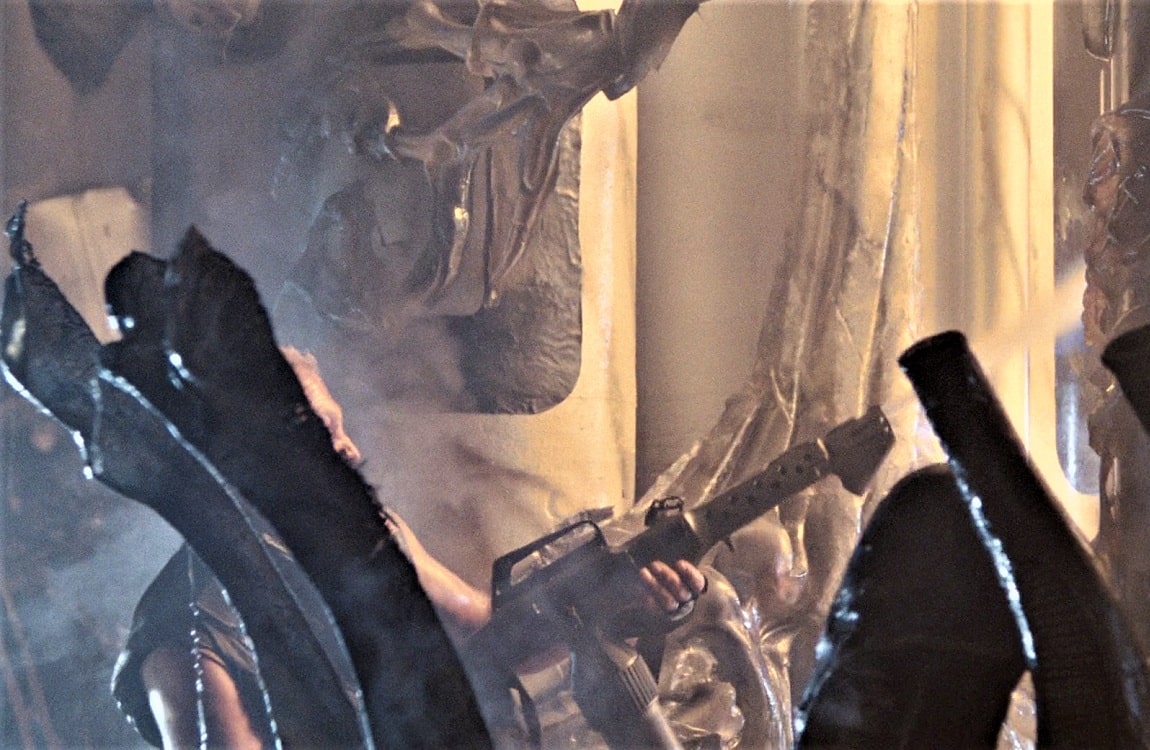 The Alien movies are famous for their flamethrowers as it is known that Xenomorphs retreat from fire. Alien had the flamethrowers assembled by Parker, Alien: Resurrection featured the Draco Double Burner and Vickers from Prometheus burned an infected crewmember with a flamethrower produced by Weyland Industries. However, perhaps the most well known flamethrower is the M240 employed by the Colonial Marines. It is great to use in various scenarios but is prone to friendly fire incidents. Strap it to a Pulse Rifle for maximum effect. It was also featured in Aliens vs. Predator Classic where you could walk into your own flames. 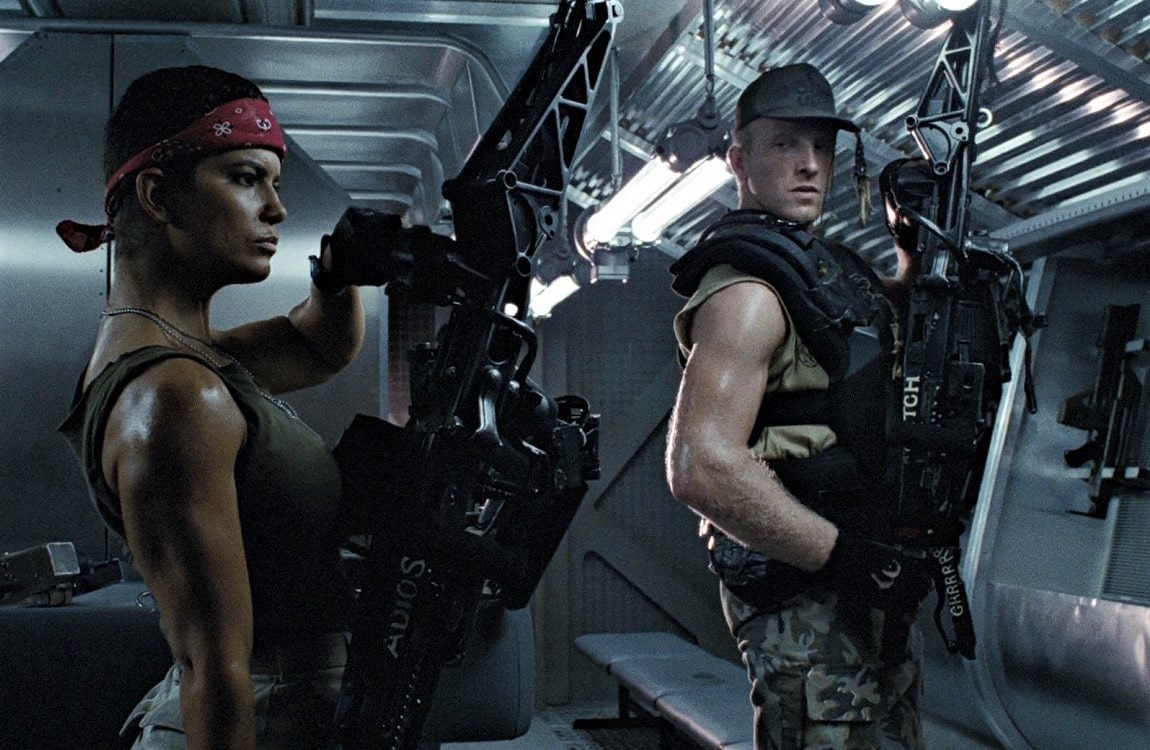 The M56 Smartgun provides rapid support fire for the Colonial Marine squad. The smartgunners are often used on point. Contrary to a common belief, the bullets aren't actually smart, but the barrel of the gun tracks enemies through a headpiece. The tracking function can also be turned off. Drake and Vasquez from Aliens are probably the most famous smartgunners. The gun makes an appearance in almost all of the Alien games and is used by a long list of different marines. 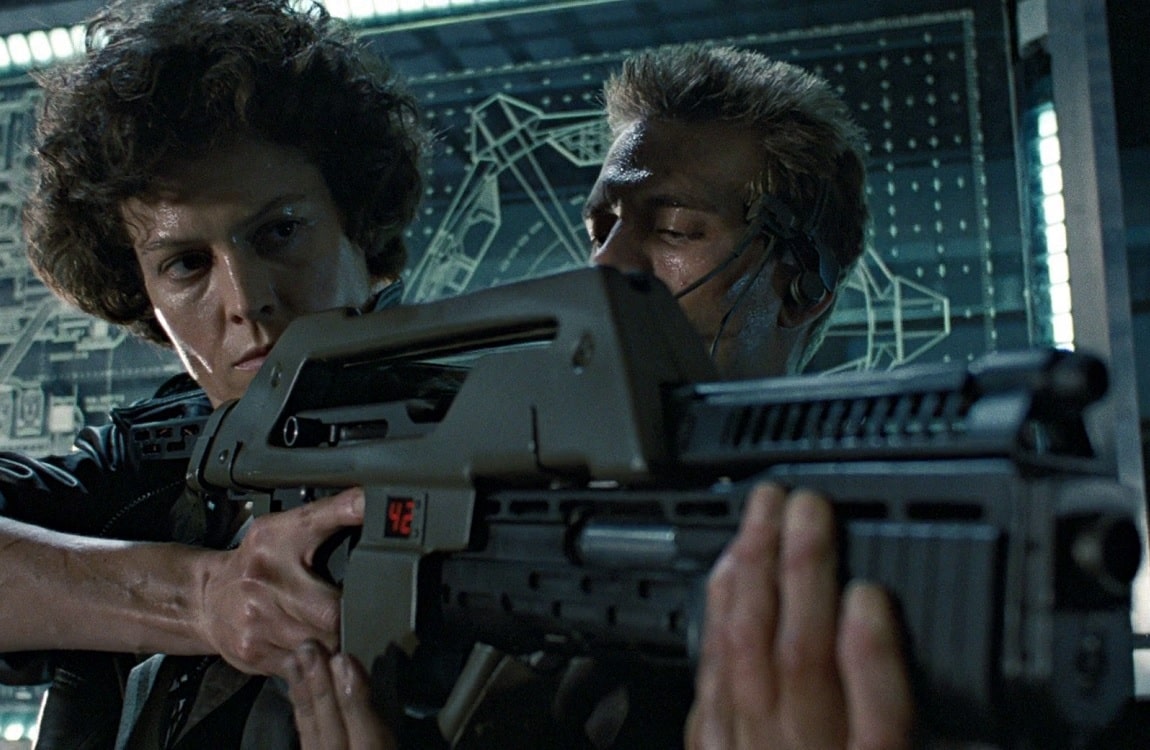 The Pulse Rifle is the most legendary weapon in the Alien films and the workhorse of the Colonial Marines arsenal. It is also the only weapon to show up in several Alien movies (a black variant is used by the Weyland-Yutani commandos in Alien 3). It blows Xenomorph heads apart, fires grenades, ruptures cooling systems and works great strapped together with the M240 flame thrower. The only drawback is that the earlier versions tended to jam, which also sometimes happens in the Aliens vs. Predator Classic video game. Some of the different Pulse Rifle variants come with longer barrels, bigger clips and various attachments.